From a business perspective, the best thing about vaginal steaming — aka “v-steaming” or “yoni steaming” — is that it’s yet to be regulated. Anyone with a handicap toilet chair (you know, the kind with a hole in the middle), a heating device, a bowl of water and some herbs can offer the newly-branded “luxury” service. The only thing that could put an end to the fun would be a wave of women showing up at ERs with scalded yonis, but that’s where Candace Holyfield comes in.

“Oh it can burn you!” she says with a big laugh. “That is true. But in my classes I teach students to use a crockpot, which has five settings, and I never sit anybody down higher than three. Even if they want it hotter, I sit them down on three to get adjusted and then take it up or down.”

Herb choice is key depending on what your v-steam goals are. You might just want to relax before a date, in which case an all-purpose herb like mugwort is great. If you’re trying to conceive after years on birth control, or get “juicy down there” after a hysterectomy, try red raspberry, the “women’s herb.” Black cohosh for period problems, wormwood for infections, maca for sex stamina. If this sounds like something Gwyneth Paltrow would talk about on Goop, that’s because it is. A few years ago the internet lit up over Paltrow’s v-steam recommendations, debating and debunking.

But all of that chatter doesn’t have much to do with Holyfield and her clients. “It's a really, really big deal in the Black community,” she says. “If Gwen goes and talks about it, people make a big deal, but in African and Haitian communities, this is an ancient ritual.”

If anyone has a finger on the pulse of what’s a big deal in the Black community — at least, regarding all things spa — it’s Candace Holyfield. The founder of Six Figure Spa Chick, a Memphis, Tennessee-based business consulting firm for Black spa owners, Holyfield says she’s served 15,000 clients over the past decade. The 39-year-old  created the Queen Spa Expo, the only expo for Black spa professionals, and the first Black Spa Awards, which have been held annually in Atlanta since 2016. “To this day, African Americans are not dominating the spa industry whatsoever,” she says. “But since I started, Back people are making six figures from spa, and that wasn't happening before.”

There’s no putting a price on the value of the community spaces that Holyfield is creating for Black spa owners, but an important part of empowering the group has been to acknowledge their financial achievements. As part of the Black Spa Awards, Holyfield created the “Spa Hall of Fame,” to give spa owners their due when they hit certain revenue goals. “A lot of people have made six figures, but multiple people have made $300,000 or $500,000 and five of us have made a million.” Is Holyfield one of those five? “Yes I’m one of the people,” she says modestly. “But Black people are making some real money as entrepreneurs, and that’s a big deal.” 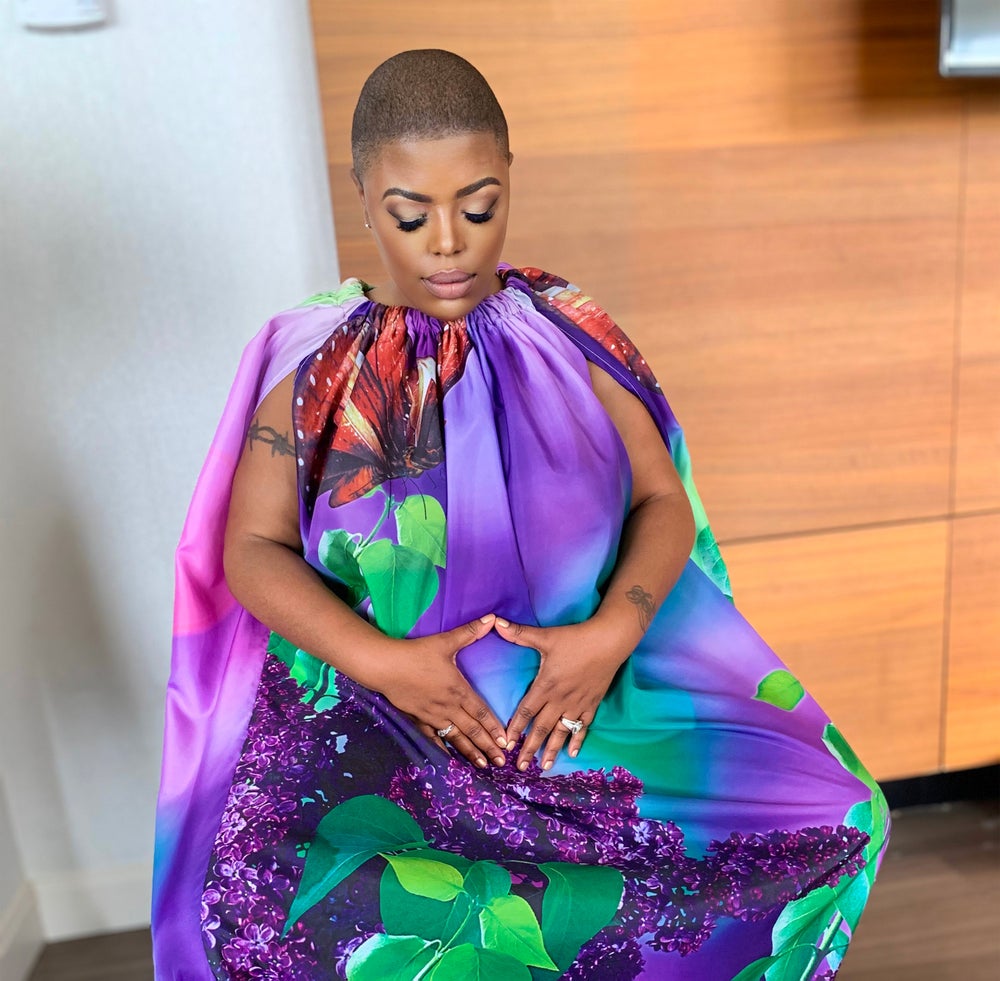 “When I tell you, the floodgates opened...”

The first time Holyfield took her massage license exam, she failed by five points. “I just thought I was so smart,” she says. “I mean, I graduated with honors from high school and didn't study, so I was like, ‘I know this.’ And then I failed! I was crushed. So I had to go back to being a waitress. I reset the date for the test and studied for three months straight. Like when I went to sleep, I was dreaming about this test.”

Holyfield grew up in Memphis, Tennessee, where she worked as a waitress for 13 years after graduating from high school. But around the time she turned 30, she thought, I need to do something with myself. So she started researching potential careers and landed on massage therapy because she liked that you could practice as soon as you had a license.

Sure enough, right after she passed her exam — with flying colors on the second try, of course — Holyfield got a job at Massage Envy and began helping out a friend who owned her own massage spot. Pretty quickly, she noticed that her friend was making a lot more than the $15 an hour she made at Massage Envy, and she wanted to know her secret. Groupon, her friend told her. So Holyfield gave it a try.

“At first it was a huge pay cut,” she says. “I was brand new, and I didn’t know enough people. But then everybody who bought it came back, and I made like $6,000 in three days. I had never made this type of money. It was a really big deal to me. So that’s how I made my first six figures.”

Related: The Mogul of Black Celebrity News: 'Now Is When Your Competition Is At Its Weakest'

Soon, she was able to open her own spa — which she differentiated from the competition by offering services for kids. Parents could come in for massages while their kids got mini facials or pedicures. Meanwhile, on Groupon, Holyfield was getting more business than she could handle. She brought over some of her Massage Envy coworkers and taught them what she’d learned about navigating Groupon. Before long she had massage therapists from all over town approaching her for tips. So she began charging $25 a consultation and wrote an ebook to share her strategies. She got a bigger spa space, where new massage therapists could pay her “booth rent” to reserve a bed for their Groupon clients.

In 2016, Holyfield started the Six Figure Spa Chick Instagram and quickly gained wider exposure. Then, she helped a massage therapist who was also an esthetician, and that client raved about Holyfield in an esthetician group on Facebook. “When I tell you the floodgates opened...” Holyfield says, “I mean they really opened.”

By the time Holyfield signed off Groupon for good, she had made over $300,000, and to this day she’s continued helping others to do the same. So of course we wanted to know: Just what are some of these golden Groupon tacts? Holyfield can’t give away all her secrets, of course, but generosity being part of her brand, she’s shared some of the foundational principles. And as it turns out, they’re applicable to most service-based businesses.

Holyfield says the first thing is that when you bring in clients on Groupon, you can’t let them use Groupon after the first visit. “You’ve got to tell people, ‘Hey, you can only use this coupon with me one time. And then if you liked me, I’ll give you a special offer to keep on coming back.’ A lot of people who do Groupon just let people come back on Groupon so they never make any real money.” 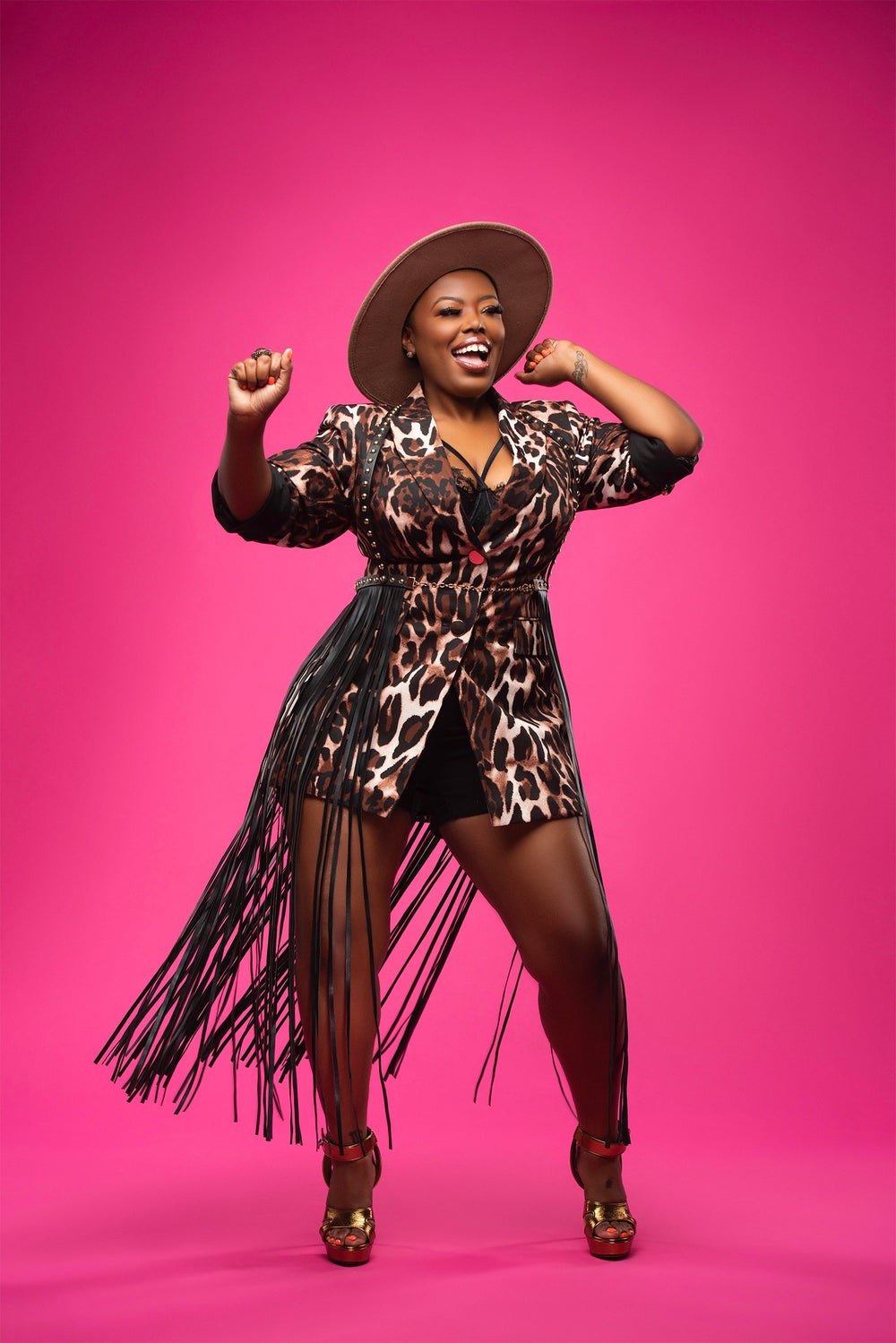 Second, treat your Groupon clients like royalty. “For whatever reason, a lot of people get upset when they see a Groupon client is coming,” Holyfield says. “So they treat people like Groupon clients. But I teach everybody, it doesn't matter if you're only getting $20. Treat the customers as if they paid you $200. That’s how they’ll come back.”

Third — upsell, upsell, upsell. “When you do Groupon, the Swedish massage is the number one seller,” Holyfield says, “So offer that. But when they come in, see if you can upgrade them to 90 minutes, hot stones, deep tissue. That can give you another $20 to $50 per client.”

And lastly, after you’ve been doing great work with Groupon clients for a while, ask Groupon to raise the percentage that you get paid for each client. “If you're brand new to Groupon, you only get 50%,” Holyfield says. “But when I stopped doing Groupon, I was at 70%. To get a higher percentage, you have to sell a lot and have, I want to say, a 95 and up on the scoring board. But Groupon won’t give you a higher percentage if you don’t ask, because you have a sales rep and they get paid off of your percentages.”

Groupon is a great strategy for getting clients through the door. But once you’ve built enough of a loyal customer base to open your own spa, Holyfield is there to help clients look at the big picture. To make “multi-six-figures,” as she would say, you’ve got to expand your offerings.

“A lot of spa owners have no retail,” Holyfield says. “So everybody is depending on their hands to make the money. How I've helped so many spa owners get to $200,000 or $300,000 is through retail. We focus heavy on building your own product lines, or if you're selling somebody else's products, they have to move off the shelf. The same emphasis you put into the service part of your business, you have to put into the retail part. The pandemic taught us all that we can't depend on service, because we could get shut down at any time.”

Since the George Floyd protests last year, there’s been more talk about getting Black businesses access to capital. “A lot of people came in and gave grants, so that’s amazing. But from an honest and transparent standpoint,” Holyfield says, when it comes to banks and traditional credit avenues, “the doors are not being opened.”

There is one exciting development, however. “The new thing in 2021 is called working capital,” she says. “It’s through your payment processor, and they let you borrow money based on what you're running through your account. So if I run $20,000 through my accounts, PayPal will say, ‘Oh, we can give her $5,000. We know she can pay us back.’ Your credit doesn’t matter for working capital, and that’s a really, really big deal.”

In true entrepreneurial spirit, Holyfield is both a voracious learner and fiercely practical. The reason she started learning more about vaginal steaming, for example, was because working as a massage therapist was taking a toll on her back. Now she loves it because “There’s unlimited learning when it comes to the Earth.” But another reason Holyfield is so good at what she does is because of how obviously thrilled she is by the successes of her clients, who are mostly women. Early posts on the Six Figure Spa Chick Instagram are filled with screenshots of messages from clients who were ecstatic to be making real money for the first time. The messages tout Holyfield’s business savvy, of course, but for her it’s also a point of community pride. She pulls on every lever to figure out how to make her clients’ businesses more profitable, whether it’s through v-steams, weekend spa parties, helping them get their papers in order to apply for a grant, or setting up working credit to build out a product line.

There was the emergency room nurse practitioner in Memphis, Marquita Williams, who Holyfield helped open Revenge Body Bar MedSpa. Now Williams’ business is bringing in $30,000 a month. Or one of Holyfield’s favorite success stories — Gina Joseph in Brooklyn, whose spa Beauty Kulture 101 was only making $800 a week when Holyfield started working with her. “We incorporated v-steam and a lot of retail,” Holyfield says. “Then she went from $800 to like $5,000 a month, then $6,000, then $15,000, then $20,000 and eventually she made $300,000 in a year.”

That, as Holyfield loves to say, is “a really, really big deal.”

Related: His Criminal Record Disqualified Him From Receiving PPP. So He Pushed Back, and Got the Rules Changed.