By Alto Nivel May 27, 2021
This article was translated from our Spanish edition.
This story originally appeared on Alto Nivel

WeWork announced today a joint venture alliance with the venture fund SoftBank Latin America Fund , giving the WeWork firm the exclusive right to operate in Argentina, Brazil, Chile, Colombia and Mexico. The agreement blends the strength of WeWork's product with the fund's operating experience in local markets and strengthens WeWork's position as an ideal partner for companies seeking flexible space solutions in Latin America, according to a statement.

“Our joint venture agreement with Softbank Latin America Fund is the latest example of WeWork's progress toward optimizing our international markets with local capital and operating experience. The localization model has proven to be very successful in our markets of China, Japan, India and Israel where we have seen positive growth through regional partners. As the Latin American region continues to be an important market for WeWork, we have found the Softbank Latin America Fund to be the right partner to successfully advance our business, ” said Sandeep Mathrani, CEO of WeWork.

The post-pandemic approach required more flexible workspaces and hybrid models, therefore, WeWork remains at the forefront of the future, as the company continues to implement a strategic plan to optimize its operations in the main markets, while developing alliances strategies with regional subsidiaries to operate in select foreign markets.

WeWork saw a sequential increase, month over month, in the first quarter of 2021, in the number of international memberships. Additionally, the company had net desktop sales earnings and positive net membership earnings for the first time since February 2020, following the positive trend and sales force in April and May, according to company information.

With this news we can observe the sustained progress by the company in the search for light assets that promote foreign markets with capital and experience from local players. The model has proven its worth in markets such as China, India and Japan, where sustainable growth has been achieved after adopting a local business approach. Also, the firm unveiled its newly molded location in Israel with its ally Ampa .

“SoftBank is the perfect partner for WeWork given our understanding of the global and local technology landscape, our expanding investment ecosystem in the region, and our deep familiarity with the WeWork business model. As part of the process to select exceptional companies for our SoftBank Latin America portfolio, we saw great potential to leverage both our capital and our operating experience, assembling an attractive offering for this alliance. Flexible space is a global megatrend with great growth potential in Latin America and we hope to expand the offer in the region ”, Marcelo Claure, Chairman of WeWork and CEO of SoftBank Group International.

It was in 2016 when WeWork opened its first building in Mexico City, in Latin America. Five years later, the company expanded its presence in the region to more than 90 buildings throughout 18 cities, providing flexible and innovative space solutions to more than 60,000 members. The Latin American market observed a double-digit increase in occupancy, reaching almost 50% occupancy in the last four months, as regional companies prefer flexible space solutions. WeWork continues to improve its business globally, and working with a local partner puts it in a better position to continue growing. 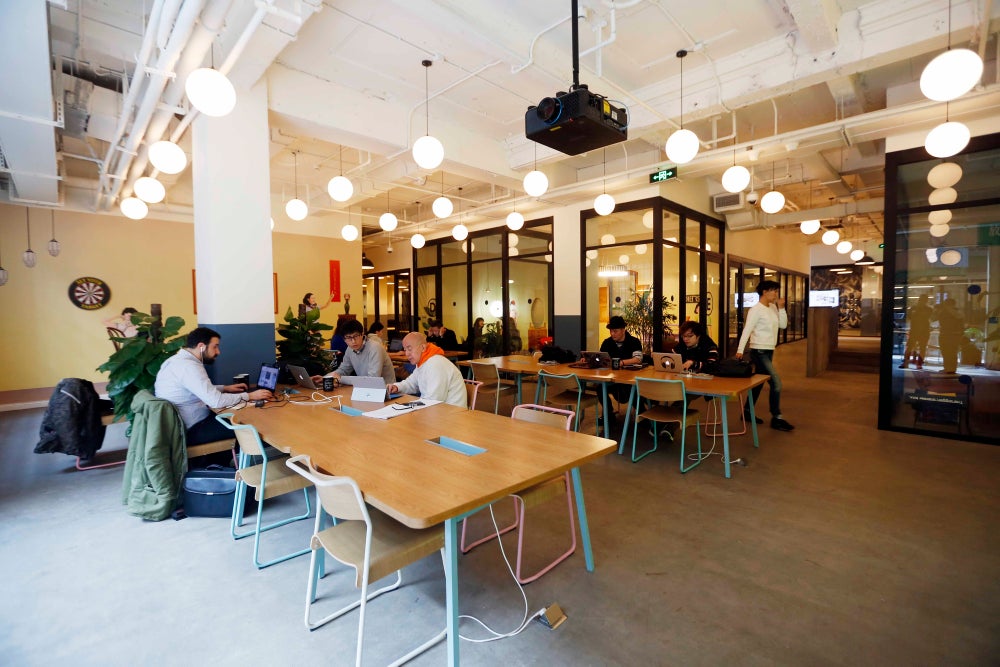 It was in 2016 when WeWork opened its first building in Mexico City, in Latin America / Image: Depositphotos.com

Launched two years ago, Softbank Latin America Fund is the largest technology fund targeting only the fast-growing Latin American market. The $ 5B fund generates alliances with multiple corporations and entrepreneurs to accelerate technological innovation and define the future of said region. After a competitive review of many entities for the right to operate WeWork , SoftBank Latin America Fund's extensive knowledge of the local landscape, its expanding ecosystem and its operating experience, differentiated the company as an ideal ally to increase WeWork's business in Latin America.

The new alliance will be headed by Claudia Woods , who was recently named by Forbes as one of the 20 most powerful women in Brazil. She joins SoftBank Latin America Fund from her previous position as CEO of Uber in Brazil. Likewise, Claudia is part of the board of directors of AmBev and Oi.

For his part, Claudio Hidalgo, current Head of WeWork Latin America, will hold the position of Chief Operating Officer (COO) . Michel Combes, President of SoftBank Group International, will fill the position of Chairman of the Board.

What we 'ecosystem builders' can learn from WeWork