NeuroFlow is trying to tackle what CEO and co-founder Chris Molaro says is "the tremendous gap in healthcare."

By Mita Mallick August 9, 2021
Opinions expressed by Entrepreneur contributors are their own.

As a working mother, I've struggled with my mental health during this pandemic. There are days when I've felt isolated and alone, even though I've been with my husband and two children constantly. There are days when I have physically felt I cannot get out of bed, dreading the repetitive days filled with Zoom links, endless meals and snacks and dealing with my children’s tantrums. There are days when I'm angry and when I feel guilty for being angry.

According to a new study published by the Centers for Disease Control (CDC), an increasing number of adults have reported symptoms of anxiety and depression during the pandemic. Millions of deaths, economic instability and limited-to-no social interaction has had an enormous impact on our collective mental health. The deterioration in mental health could continue long after this pandemic is over.

"The physical aspects of the pandemic are really visible," says Lisa Carlson, the immediate past president of the American Public Health Association and an executive administrator at the Emory University School of Medicine in Atlanta. "We have supply shortages and economic stress, fear of illness, all of our disrupted routines, but there's a real grief in all of that."

"We don't have a vaccine for our mental health like we do for our physical health," Carlson continues. "So it will take longer to come out of those challenges." 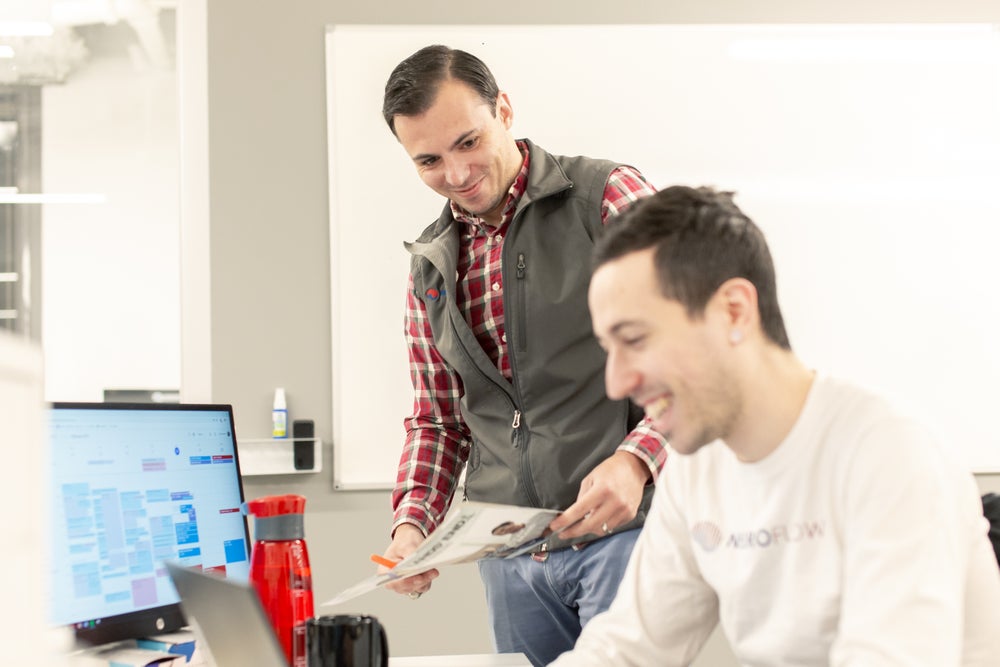 Companies like NeuroFlow are ready to take on that challenge and disrupt the mental health care industry. And it's not alone: Mental health startup funding increased 550% from $275 million in 2016 to $1.5 billion in 2020. NeuroFlow is trying to tackle what CEO and co-founder Chris Molaro says is “the tremendous gap in healthcare — bridging mental health and physical health into just health."

Molaro, a West Point graduate, served in the army for five years, including as a platoon leader in Iraq. His military experience opened his eyes to the gaps that exist in the U.S. behavioral health system. Later, while pursuing his MBA at Wharton, Molaro met his eventual co-founder Adam Pardes, who was a PhD candidate in bioengineering at Penn. They both agreed that even the most engaging digital health apps in the world wouldn’t truly create change until healthcare providers were part of the solution in a meaningful way. And so NeuroFlow was born.

Related: This Military Vet-Turned-Fintech Entrepreneur Uses Education and Communication to Grow His Business

At its core, NeuroFlow is a provider of digital tools that connect patients to care providers and specialists, all with the purpose of creating an end-to-end mental health care ecosystem.

Here are three pieces of advice Molaro has for other entrepreneurs looking to start their own business and disrupt the status quo:

1. Remember that rejections only make you stronger

Molaro grew up in Long Island surrounded by a big, supportive family with four sisters. His dad has been a constant source of inspiration, instilling in Molaro a strong work ethic, showing him that reinvention is always possible and reminding him to never give up.

“My parents divorced when I was relatively young, and my dad didn't give up on us," Molaro says. "He fought for custody, raised me and one of my sisters as a single dad, then went back to college in his 40s. What he did was incredible.”

When Molaro and his co-founder Pardes decided to start NeuroFlow, they began attending pitch competitions as a way to build relationships and get access to capital. “We were raising our seed round and got told no hundreds of times,” Molaro recalls. “And we kept putting ourselves out there, talking to investors and just getting comfortable being told no.” The co-founders took every "no" as an opportunity to make their pitch stronger. With every piece of feedback, they worked to refine their vision.

Related: This Medal of Honor Recipient Explains the Importance of Putting Your Pride to the Side

2. Lean on your strengths

At 22, Molaro served a tour in Iraq as a platoon leader. Two weeks after taking command, he was tasked with securing 150 miles of highway between Baghdad and Kuwait so humanitarian trucks and other supplies could safely pass through. He describes those 12 months as transformative; he grew up quickly and learned to solve the toughest of problems. Although he no longer wears a uniform to work every day, Molaro leans on the skills he learned as a platoon leader now that he's building NeuroFlow.

“At NeuroFlow, we are trying to do the impossible: Build something from the ground up and provide a service to people — eerily similar to what we did in the military,” he explains. “There are about 40 soldiers in a platoon, about the same size as our current organization. Just like in the army, we are solving problems with a lot of ambiguity, with not a lot of support and resources. You have to figure it out along the way, and you have to do it together as a team.”

Related: 5 Tips for Military Vets Transitioning Into a Remote Workforce or Business

3. Solve problems no one else has tackled

When Molaro returned home, he witnessed firsthand how veterans and civilians alike face too many barriers when it comes to receiving appropriate, timely mental health care. “We were all screened for post-traumatic stress disorder (PTSD), and I had one soldier who screened positive for PTSD.” His fellow soldier was referred to resources, prescribed antidepressants and had access to a therapist. “In the end, he fell through the cracks and lost his battle with mental health — a story that is all too common and tragic."

Despite having all these resources available to him for free, his fellow soldier didn't once go to the therapist he was referred to, and he didn’t fill his prescription. “I take that as my biggest leadership failure,” Molaro shares. “And then you zoom out of my experience, and you begin to realize this is more of the rule than the exception. If someone doesn't lose their life, then there's certainly a loss of productivity and happiness and overall quality of life. It doesn't have to be that way."

NeuroFlow uses personalized, evidence-based behavioral assessments to evaluate a patient's mental health. It then helps track the severity of any issues in real-time so that nurses and doctors can intervene to support individuals with rising levels of risk.

As Molaro says, “Our mission is simple: to create a happier and healthier world. But to do that, we need to ensure that no patient who needs behavioral health support falls through the cracks — ever.”

Related: Free Webinar | August 10: How to Implement Mental Health & Wellness in the Workplace