Vaccination of people between 18 and 29 years old: Mayor's offices that start this week

In addition, the second dose was opened for adults between 40 and 49 years old in Xochimilco and Álvaro Obregón.

By Entrepreneur en Español August 6, 2021
This article was translated from our Spanish edition using AI technologies. Errors may exist due to this process.

This week the first dose vaccination will start for people over 18 years of age in the municipalities of Cuauhtémoc, Milpa Alta, Magdalena Contreras and Venustiano Carranza in Mexico City with the biological AstraZeneca .

Eduardo Clark, director of the Digital Agency for Public Innovation (ADIP), indicated that there was "an increase of 225 people hospitalized." 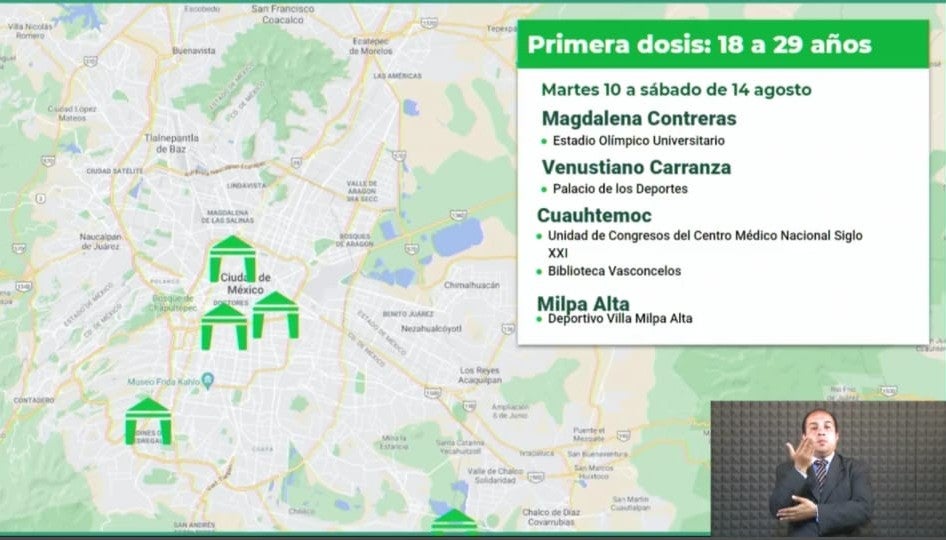 The application of the vaccines will be as follows. 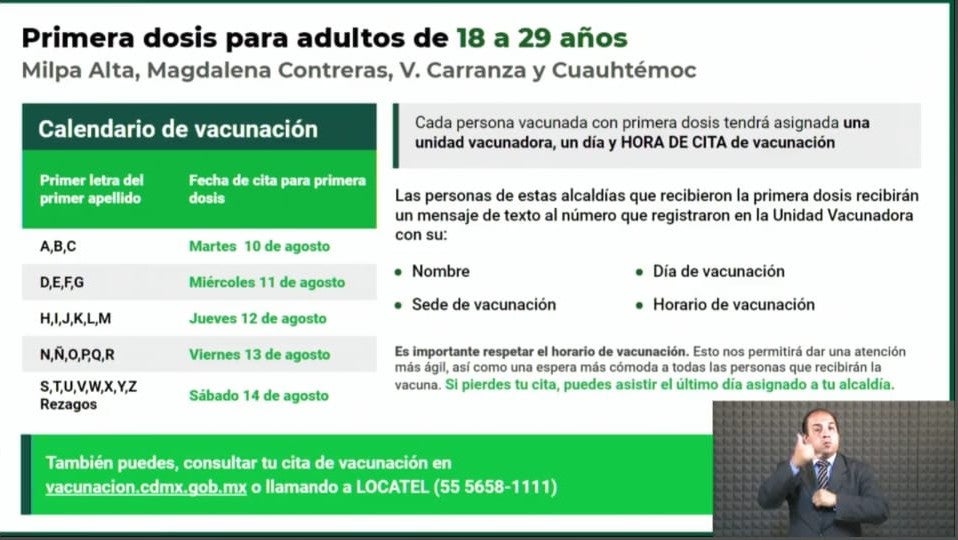 In addition to the next round of immunization for residents of the capital over 18 years of age, Clark informed that the application of the second dose of AstraZeneca for adults between 40 and 49 years of age will also open in Xochimilco and Álvaro Obregón.

The venues will be: 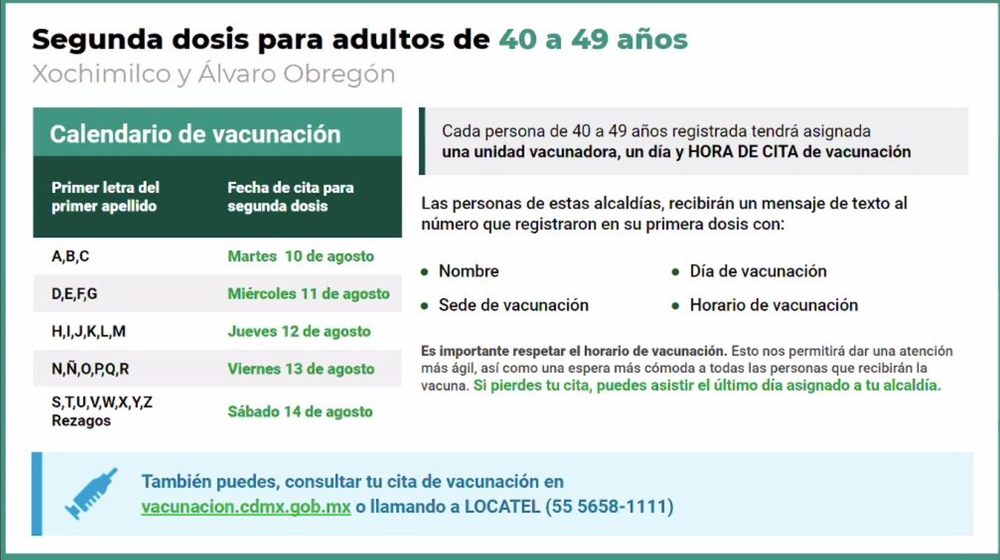 The application of vaccines in the Mexican capital has accelerated due to the increase in infections of the Delta variant of the virus, which has increased its presence among the younger population.

Young people who attend to receive their immunization are asked to be attentive to any indication of the National Vaccination Plan and to keep their printed record.

What do I do if my Covid-19 vaccination certificate does not arrive or is not up-to-date with my second dose?

Judge orders all minors between 12 and 17 to be vaccinated