Fernando Scasserra, former director of engineering at Mercado Libre, joins the company to lead this team of programmers.

By March Violante August 10, 2021
This article was translated from our Spanish edition using AI technologies. Errors may exist due to this process.

2021 has been a great year for the Mexican startup Kavak . In just a few months, the platform for the sale and financing of pre-owned cars reached the status of a unicorn company by exceeding the value of one billion dollars , announced an investment of 8 billion pesos in Mexico and entered the largest market in Latin America. Brazil, with an injection of 500 million dollars.

Now the firm announces the creation of four new global centers for technology development with offices in Mexico, Brazil and Argentina, for which it is opening contracts for more than 500 software engineers in the region .

This new team of international programmers will be led by Fernando Scasserra, former director of engineers at Mercado Libre , who joins Kavak as director of technology to create new experiences for the user.

"My last 15 years I have been working for Mercado Libre doing software development, electronic commerce, fintech and security regulations. What motivates me to enter Kavak is to be able to build a very large team and open hubs in Brazil, Mexico, Argentina, etc. What the team is going to grow, added to the challenges that the expansion of the brand brings, is a very interesting challenge, "said Scasserra in an interview with Entrepreneur en Español .

According to the manager, taking into account that it is difficult to plan concretely in the midst of the changing environment of the pandemic, the main challenge facing the unicorn company is to hire many developers in a short time, identify who has the best talent to put it in the best project and keep growing at the same rate. 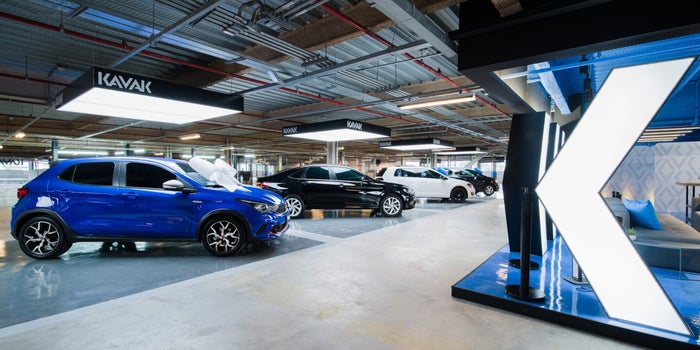 The startup was co-founded in 2016 by Carlos García Ottati in Mexico City where it began operations with only three vehicles. A year later, Kavak opened the largest vehicle reconditioning center in Mexico, located in Lerma, State of Mexico, and today, with a national presence, it is the leading company in the purchase and sale of pre-owned cars in Mexico.

In the next 18 months, Kavak will establish two technology development centers located in Guadalajara and Mexico City , where it plans to hire 100 software engineers. The other two centers will be located in São Paulo and Buenos Aires .

With these new positions, Kavak will seek to redesign the customer experience, through the construction of a team in charge of the development of new systems and applications for the buying, selling and financing of pre-owned cars with a global vision, since the programmers will have to adapt Kavak technology to the different international markets as the expansion of the company advances in new countries and continents.

"Of those 500 engineers, 100 in particular will be located in Mexico, 120 in Argentina and the rest in Brazil. At Kavak we have projects from mobile, web, infrastructure, etc. The profiles we are looking for range from developers, which is the main one , but we are also adding a lot of profile of UX, machine learning, data analysis, etc. ", said Scasserra.

Are you interested in applying? Find out more information on the Kavak page.

The 10 most promising startups in Mexico: Infographic

These are the 10 most promising startups in Mexico