Do you want to learn how to invest as a professional trader? This 100% Mexican stock exchange and broker academy teaches you

By Mairem Del Río November 9, 2021
This article was translated from our Spanish edition using AI technologies. Errors may exist due to this process. Opinions expressed by Entrepreneur contributors are their own.

What can a petroleum engineer and an architect know about investments ? The answer is: Everything! Miguel Orea and Eduardo Abarca came to the world of finance almost by chance 10 years ago, when they were still in college. Now, friends and partners are founders of Aurea Group , which includes four financial companies. The first of them, and perhaps the most important, is SFX Trading Academy , a 100% Mexican stock trading academy that teaches you how to invest as a professional trader .

“We teach to buy and sell in the international stock market. We teach you everything you need when you want to become an investor ” , explains Eduardo in a few words for Entrepreneur en Español .

Founded in 2013, SFX Trading Academy has trained between 18 and 20 thousand students in 24 countries, said Miguel. "We teach you to operate the world's stock markets, the different financial markets, so that you can manage your investments and find profitability."

The partners point out that "this is totally different from what you can learn in any school or even in a master's degree in finance, economics or risk management, because there they don't teach you how to operate the financial markets," added Orea.

“It motivates us a lot to know that we are doing something good for society, to help them learn how to grow their money and have a financial education,” added Abarca.

It all started in a WhatsApp group

Eduardo and Miguel started out as financial self -taught when they were 19 and 22, respectively. Traveling different paths, both coincided in an online finance course , where they turned out to be the only Mexicans and, coincidentally, both lived in Mexico City.

As soon as they met, they 'clicked', seeing that "we had the same vision, the same objectives and the vocation to help people," says Miguel. So, they opened a WhatsApp group with friends, family, and classmates from other courses. "L is we began to teach what we knew, that's how it all began."

In just one year, the group grew so much that the participants themselves asked them to give more formal and structured courses. “Eventually we migrated to a platform and made the decision to focus 100% on the business. We were growing together in this business ” , says Orea. 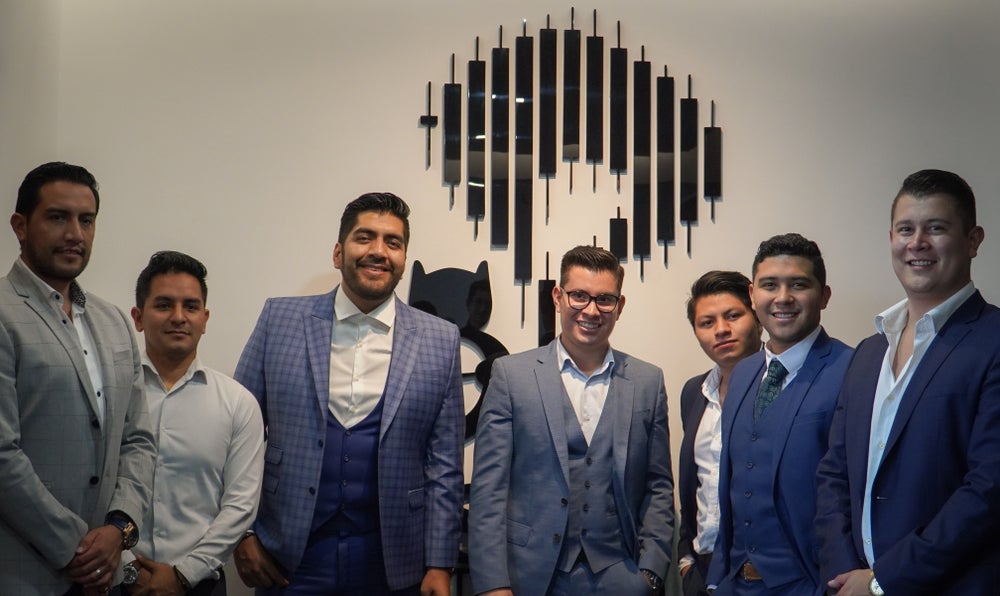 By the way, the name of Grupo Aurea is inspired by a basic concept in Architecture: the Fibonacci golden ratio . “That caught me, because this sequence is also used a lot in the markets and it is where, for me, my two careers converge,” Eduardo revealed.

The founders explain that being a trader is a profession that helps you grow as a person, because you handle many emotions. Saving the respective differences, Miguel compares the handling of stock operations with the bets.

“When you are making a lot of money there is a lot of adrenaline. This teaches you to manage your emotions and contributes to your personal development outside of business, because you learn to deal with losses, not to be visceral, not to seek to get rich quick ” , he deepened.

How does the stock trading academy work?

“We have the online model , which is self-taught in the sense that you go at your own pace. We give three classes a week live via streaming, which are recorded so that the students can see them whenever they want or can ” , explains Abarca. "There is also a forum for students to share their doubts and the advisors are there to solve them."

The face-to- face model was about to be implemented when the pandemic arrived, so they had to put it on hold and wait until 2021 to launch it. This has a duration of two years , with face-to-face classes of two hours a day, personally taught by Miguel and Eduardo.

Although this scheme follows a syllabus and has fixed hours, it can be adapted to the needs of the students, since most of them are students or work full-time. For this reason, they also offer intensive classes , on Saturdays and even at night .

“The study plan is made so that people come from scratch and come out as a capital manager with their own investment portfolio . We profile them to work with us or in the financial company they want, or to put their own broker , why not? " , Miguel detailed.

The third option is the hybrid mode , where you can take face-to-face classes "live" via streaming. This "works very well for foreign students, because we have more students from other countries throughout Latin America than from Mexico."

What do you need to enter SFX Trading Academy?

“We are open to all types of public , because we believe that financial education should be available to everyone . That has helped us a lot to support both small and large investors, ” says Orea.

"Those who enter this stock market academy are people who have the vision of doing something more with their life, who want more and are not satisfied with what they already know, what they are doing or what they earn," he added. 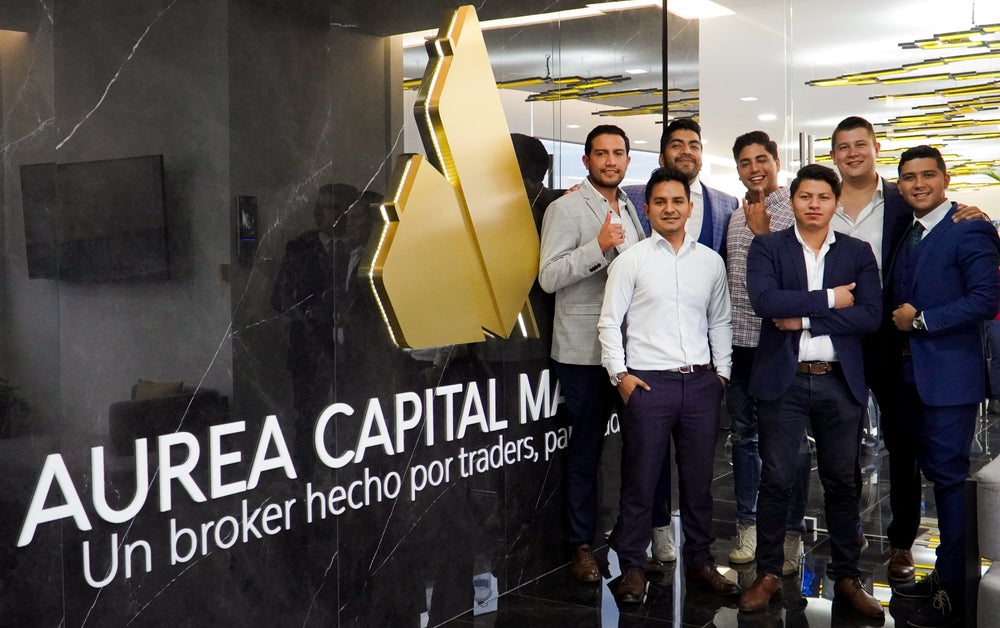 In 2020, Grupo Aurea managed to open its own 100% Mexican broker, where some of its former graduates have joined as traders. Photo: Courtesy.

The founders of Aurea Group say that, during its 8 years of operation, they have had students of all ages and professional fields .

"They come to us from university students who seek to develop an alternative profession, doctors, informal traders and employees of all kinds, to retirees who are already bored of being at home and looking to turn their lives around or earn more money to supplement their pension" , reported for Entrepreneur in Spanish .

Therefore, the only requirements to enter are: be over 18 years old, have finished high school and have a bank account . The online modality has a cost of 350 dollars a year (about 7,000 Mexican pesos), while the face-to-face one implies an investment of 9,000 pesos per month.

"It is information that costs more than 5 million pesos, which is more or less what is invested in educational development in this medium to be able to operate," said Abarca, and highlighted that they have discounts for students and "various support plans so that they can train with us ” .

Financial education is just the beginning

As we said, the SFX Trading Academy was just Aurea Group 's first company. The own needs of their students and clients prompted them to grow and found three other companies to solve the different problems they were identifying.

“We started teaching, then we went on to invest for them as amateurs through SFX Trading Investments , our investment portfolio ” , says Orea wistfully.

The third step to build what is now Aurea Group , was to guide and provide solutions in the fiscal part that investments entail. Thus, Aurea Financial Solutions advises clients on paying taxes or which tax regime suits them, "according to the scheme they are adopting, whether as a private, third party or capital investor" .

Finally, this 2020, after “a long and complicated process”, they finally began to operate their own broker under the name of Aurea Capital Markets . The advantage is that with them, investors have the peace of mind that "their trader is in Mexico, speaks your language and is in your time zone."

“We are dedicated entirely to filling gaps in the financial sector and we are closing the loop with all branches. We have a company for each type of problem faced by those who walk the path of being investors. The road has led us to this. The sea takes you to the deepest part and here I am, 8 years later, doing all this ” , Miguel Orea concluded.

NFTs Are So Much More Than JPEGs