Is Hewlett Packard Enterprise a Buy?

Hewlett Packard's (HPE) shares have plunged nearly 11% in price over the past year. However, the company has been making various strategic moves to boost its operational performance. So, is...

By Pragya Pandey May 25, 2022
This story originally appeared on StockNews

Hewlett Packard's (HPE) shares have plunged nearly 11% in price over the past year. However, the company has been making various strategic moves to boost its operational performance. So, is it worth betting on the stock now? Read on, let's find out.

Hewlett Packard Enterprise (HPE) in Palo Alto, Calif., is a global edge-to-cloud company that helps enterprises accelerate outcomes by extracting value from all of their data, anywhere. With offerings spanning Cloud Services, Compute, High-Performance Computing and AI, Intelligent Edge, Software, and Storage, HPE provides a consistent experience across all clouds and edges, assisting customers in developing new business models, engaging in new ways, and in increasing their operational performance.

While the stock is down 11% in price over the past year, HPE's robust customer demand and profitability, differentiated edge-to-cloud strategy, and portfolio innovation should help it gain a strong foothold in the industry. 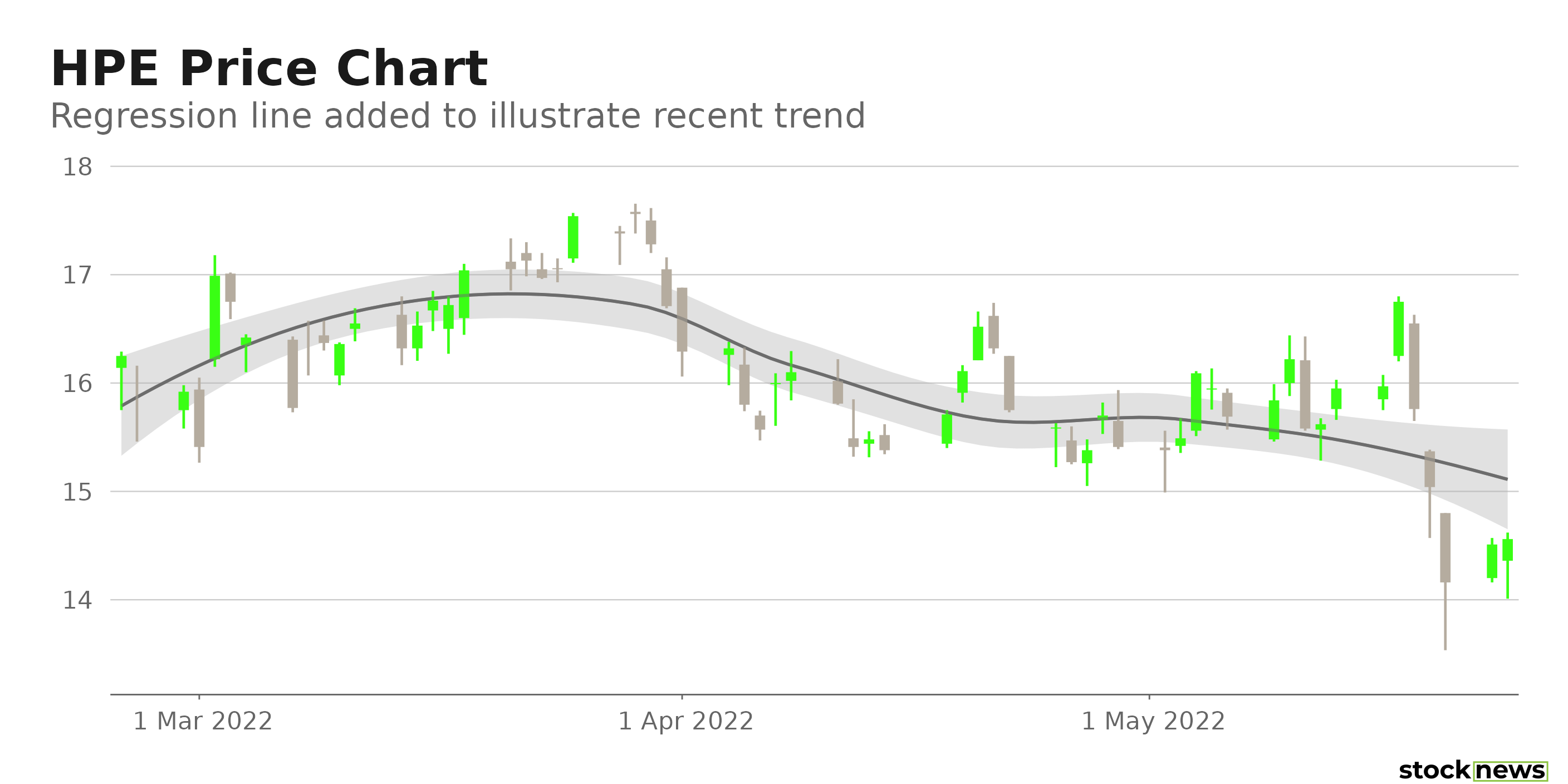 Here is what could shape HPE's performance in the near term:

In April, HPE announced the launch of HPE Swarm Learning, a groundbreaking AI solution that accelerates insights at the edge, from medical diagnosis to credit card fraud detection, by sharing and unifying AI model learnings without sacrificing data privacy.

The Street expects HPE's revenues and EPS to rise 2.9% and 6.6%, respectively, year-over-year to $28.6 billion and $2.09 in fiscal 2022. In addition, HPE's EPS is expected to rise at a 6.16% CAGR over the next five years. Furthermore, the company has an impressive earnings surprise history; it topped Street EPS estimates in all the trailing four quarters.

HPE has an overall grade of B, which equates to a Buy rating in our proprietary POWR Ratings system. The POWR Ratings are calculated by considering 118 distinct factors, with each factor weighted to an optimal degree.

Our proprietary rating system also evaluates each stock based on eight distinct categories. HPE has a B grade Value, which is justified given the company's lower-than-industry multiples.

Among the 53 stocks in the C-rated Technology – Communication/Networking industry, HPE is ranked #8.

Beyond what I stated above, we have graded HPE for Sentiment, Growth, Quality, Stability, and Momentum. Get all HPE ratings here.

HPE has been making consistent product and service improvements and several strategic collaborations to boost its growth. Despite persistent supply chain difficulties, it intends to provide higher-quality earnings, as seen by its improved gross margin and Q1 EPS. In addition, analysts expect its EPS and revenue to soar in the near term. So, we think the stock could be an ideal bet now.

How Does Hewlett Packard Enterprise Company (HPE) Stack Up Against its Peers?

HPE has an overall POWR Rating of B, which equates to a Buy rating. Check out the other stock within the same industry with an A (Strong Buy) rating: Extreme Networks Inc. (EXTR).

HPE shares were unchanged in premarket trading Wednesday. Year-to-date, HPE has declined -6.99%, versus a -17.17% rise in the benchmark S&P 500 index during the same period.

The post Is Hewlett Packard Enterprise a Buy? appeared first on StockNews.com