Is OPKO Health a Diagnostics Stock Worth Buying?

By Pragya Pandey June 7, 2022
This story originally appeared on StockNews

Multinational biopharmaceutical company OPKO Health's (OPK) stock climbed nearly 13% in price last year when the company announced its plans to acquire ModeX Therapeutics. However, given the company's declining financials and negative profit margins, is it worth buying the stock now? Let's discuss.

OPKO Health Inc. (OPK) in Miami, Fla., is a global biopharmaceutical and diagnostics company that aims to achieve industry-leading positions in large, rapidly expanding industries by maximizing its experience in discovery, development, and commercialization, and its unique and patented technology. In May, the company acquired ModeX Therapeutics, Inc., and by doing so obtained exclusive immunotherapy technologies. Also, during the reported quarter, Pfizer Inc. (PFE) released OPKO Health's NGENLA injectable in Germany, Japan, Canada, and Australia, and is on track to make it accessible in the United States.

OPK's year-over-year decline in its top line and its sustained loss per share are causes for concern. In addition, decreasing diagnostics revenues due to lower BRL testing numbers and a fall in RAYALDEE sales are also concerning. 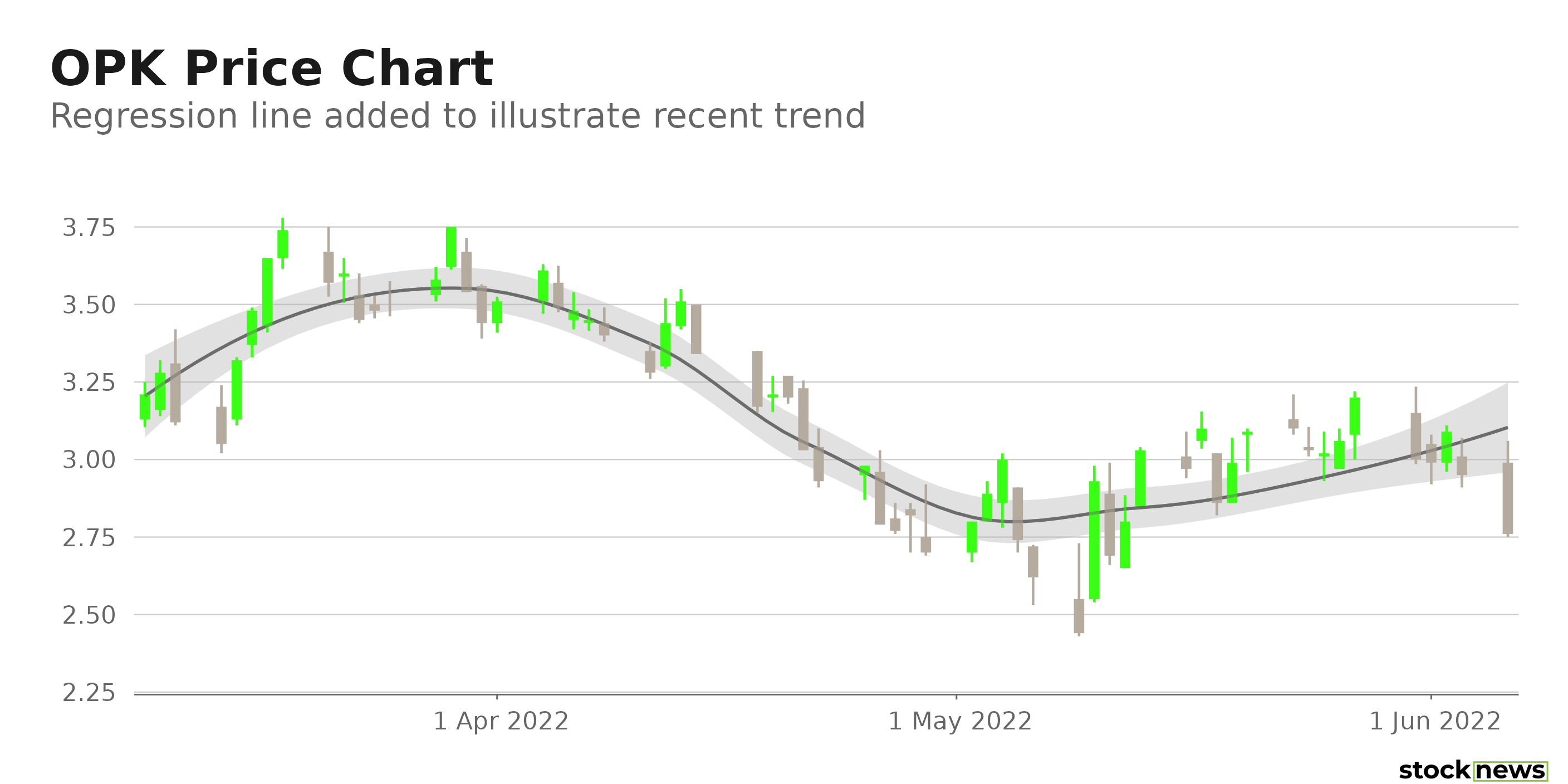 Here is what could shape OPK's performance in the near term:

OPK has an overall D rating, which equates to Sell in our proprietary POWR Ratings system. The POWR ratings are calculated by considering 118 distinct factors, with each factor weighted to an optimal degree.

Our proprietary rating system also evaluates each stock based on eight distinct categories. OPK has a C for Stability and Quality. The stock 1.89 beta is in sync with the Stability grade. In addition, the company's poor profitability is consistent with the Quality grade.

Of the 52 stocks in the D-rated Medical – Diagnostic/Research industry, OPK is ranked #38.

Beyond what I have stated above, you can view OPK ratings for Growth, Value, Momentum, and Sentiment here.

Click here to checkout our Semiconductor Industry Report for 2022

OPK's deteriorating financial performance and negative profit margins are concerning. In addition, analysts expect its EPS to decline 300% in the next quarter (ending June 2022) and 380% in the current year. Furthermore, the stock is currently trading below its 50-day and 200-day moving averages of $3.10 and $3.62, respectively, indicating a downtrend. So, we think the stock is best avoided now.

How Does OPKO Health Inc. (OPK) Stack Up Against its Peers?

While OPK has an overall D rating, one might want to consider its industry peers, Global Cord Blood Corporation (CO), Qiagen N.V. (QGEN), and Agilent Technologies Inc. (A), which have an overall A (Strong Buy) rating.

The post Is OPKO Health a Diagnostics Stock Worth Buying? appeared first on StockNews.com