Check Out the Creator of Android's Essential Phone

Andy Rubin is ready to crash the Samsung-Apple party.

By Nick Summers
May 30, 2017
This story originally appeared on Engadget

After months of teases and speculation, Android creator Andy Rubin has unveiled the first smartphone by his new company, Essential. As expected, it's designed to be a no-compromise device with top-of-the-line specs and sophisticated industrial design. Taking center stage is an edge-to-edge display that rises to the top of the phone, stopping only for the front-facing camera in the middle. The device is made of titanium and ceramic, which the company claims will trump most aluminium phones in the durability department. It's a sleek look complimented by a complete lack of logos. 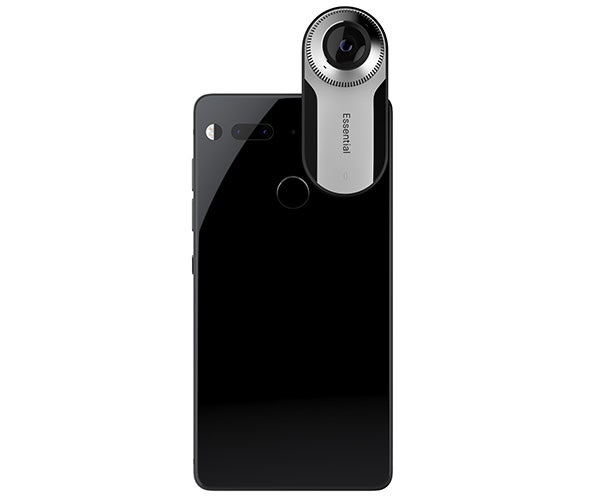 Inside is the usual flagship Android components: A Qualcomm Snapdragon 835 processor, 4GB of RAM, a 3040mAh battery and 128GB of internal storage. More intriguing are the two holes on the back which can be used to attach Essential-made accessories. The most exciting is a tiny 360-degree camera, which can shoot a spherical UHD (3840x1920) image at 30 frames per second. There will also be a charging dock, should you prefer a cradle to the normal dangling cable. The general concept is similar to Motorola's Moto Mods, which brought modular customisation to the Moto Z line.

The Essential Phone's built-in camera is, at least on paper, promising too. Rubin's company has opted for a dual-camera setup similar to Huawei's P9 and P10, with a sensor dedicated to monochrome imaging. It can be used standalone for black and white photos, or combined with the color sensor for improved detail and low-light performance. The front-facing camera, meanwhile, is an 8-megapixel snapper capable of shooting 4K video. 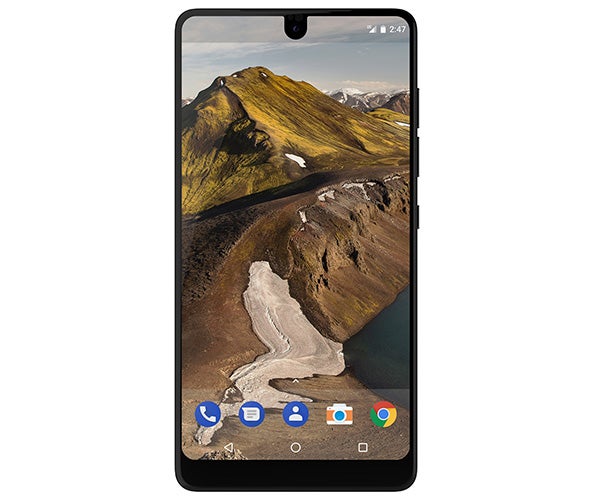 Essential has said little about the software other than it will run Android Nougat 7.1.1 out of the box. Screenshots show a clean, stock-like experience, but we can't say definitively that there isn't any bloatware hiding in the app drawer. What we do know is that the phone is designed to work with Home, a smart home device that runs on a platform called Ambient OS. It has a large, circular display and a speaker, which can help you play music, look up information online, set timers and everything else we've come to expect from Echo-like assistants and hardware.

As The Verge reports, there's no 3.5mm headphone jack (yep, we're groaning too) on the phone. It'll ship with a dongle, however, so all of your regular buds and cans will work, provided you're ready to embrace the #donglelife. Instead, Essential is banking on USB-C and, like Apple, Bluetooth connectivity. The phone will come in four different colors -- Black Moon, Stellar Grey, Pure White and Ocean Depths -- and ship for $699, or $749 with a bundled 360-degree camera. You can pre-order today but there's no word on when the phone will ship or otherwise be on sale.