A San Francisco pawn shop is selling the new iteration of Google Glass, and you're going to have to pay a lot more than the Glass Explorer version to get your hands on it.

Want an unreleased version of Google Glass? You might not, given the lack of popularity surrounding the early-adopter version. (That, and the general flak Google took for all sorts of Glass-related issues, including all the privacy concerns involved with wearing what amounts to a recording device on your head.)

Though Google might have abandoned Google Glass for normal people -- otherwise known as the Glass Explorer program -- that doesn't mean it has cancelled Glass entirely. The company is still working on an enterprise version of the wearable that adds a few new features (and more durability). Those involved in Google's Glass for Work program get a chance to use it, and they're even encouraged to create their own proprietary software for Glass. Indeed, many of the consumer-facing features you might expect to see on Glass likely don't work on these enterprise versions.

But don't take our word for it. If you're lucky, you might get a chance to check out this new iteration of Glass yourself. As 9to5Google reports, a version of the glasses is up for sale on eBay right now. It's up to more than $8,100 as of this article's writing, with 33 total bids having been placed. (You even get a USB cable and dust bag, though no power adapter for the device.) 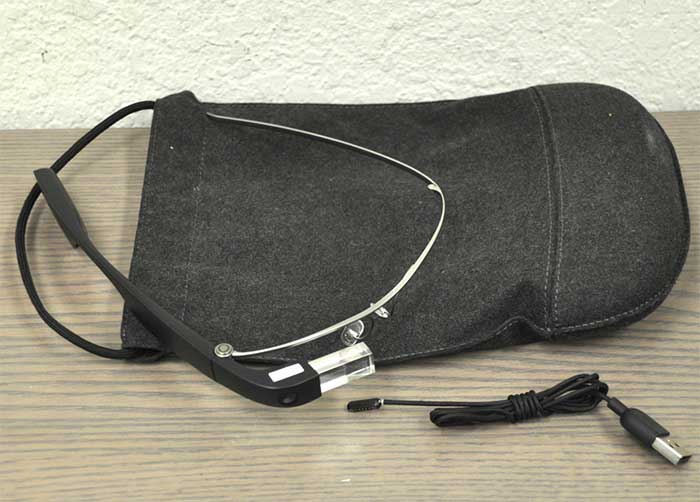 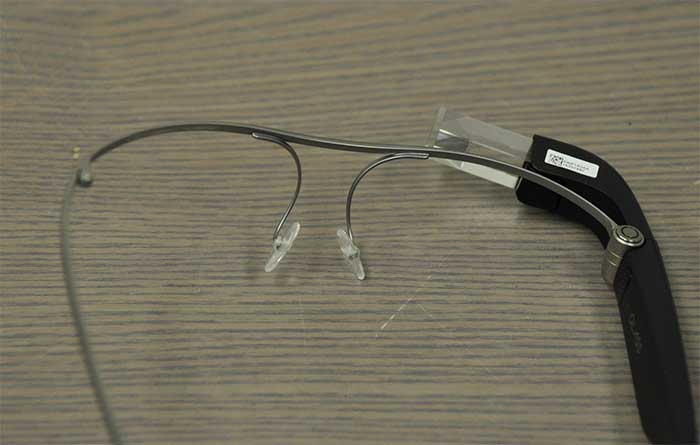 This is the first chance that most have gotten to see this new iteration of Glass out in the wild, and it's especially interesting given that Google has never officially indicated that said enterprise version even exists. The eBay account selling the Glass device belongs to a San Francisco-based pawn shop, which adds an additional element of mystery. (We're curious what the pawn shop paid for it, too.)

From the pictures, it's clear that this iteration of Glass comes with its own proprietary ports for charging and data. It also has a foldable hinge -- unlike the consumer version of Glass -- that allows a person to fold up the glasses and store them a bit easier.

We don't know about the device's internals, but it's been rumored to use a better processor that is more power-efficient than Glass's predecessor, a Wi-Fi chip that can support 5GHz connections, and a new LED light on the front that flips on whenever Glass is recording something. The headset is allegedly waterproof, too -- something worth testing out if you're the lucky winner of the online auction.

Though the pawn shop, A to Z Pawnbrokers, confirmed that it's behind the auction, the store neglected to discuss how it got its hands on the headset.