How Your Face Betrays Your Personality and Health

You might expect a great philosopher to look past our surface into the depths of the soul – but Ancient Greek thinkers were surprisingly concerned with appearance. Aristotle and his followers even compiled a volume of the ways that your looks could reflect your spirit.

"Soft hair indicates cowardice and coarse hair courage," they wrote. Impudence, the treatise says, was evident in "bright, wise-open eyes with heavy blood-shot lids"; a broad nose, meanwhile, was a sign of laziness, like in cattle.

Sensuous, fleshy lips fared little better. The philosophers saw it as a sign of folly, "like an ass", while those with especially thin mouths were thought to be proud, like lions. 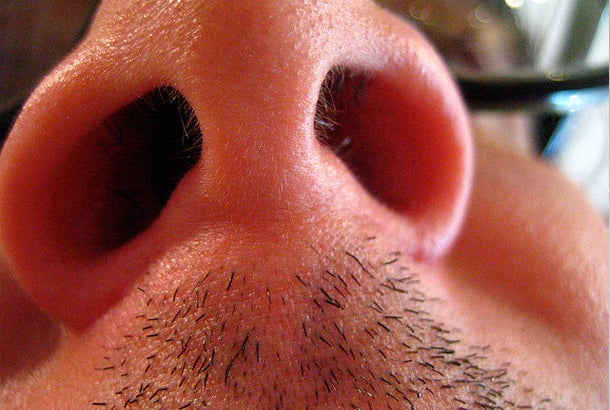 Today, we are taught not to judge a book by its cover. But while it is wise not to set too much by appearances, psychologists are finding that your face offers a window on our deepest secrets. Even if you keep a stony poker face, your features can reveal details about your personality, your health, and your intelligence.

"The idea is that our biology, like genes and hormone levels, influences our growth, and the same mechanisms will also shape our character," explains Carmen Lefevre at Northumbria University.

Consider the face's bone structure – whether it is relatively short and wide or long and thin. Lefevre has found that people with higher levels of testosterone tend to be wider-faced with bigger cheekbones, and they are also more likely to have more assertive, and sometimes aggressive, personalities.

The link between face shape and dominance is surprisingly widespread, from capuchin monkeys – the wider the face, the more likely they are to hold a higher rank in the group's hierarchy – to professional football players. Examining the 2010 World Cup, Keith Welker at the University of Boulder, Colorado, recently showed that the ratio of the width and height of the footballers' faces predicted both the number of fouls among midfielders, and the number of goals scored by the forwards.

Related: Why Painful Memories Linger With Us

(To calculate this yourself, compare the distance from ear-to-ear with the distance between the top of your eyes, and your upper lip. The average ratio of width-to-height is around 2 – Abraham Lincoln was 1.93) 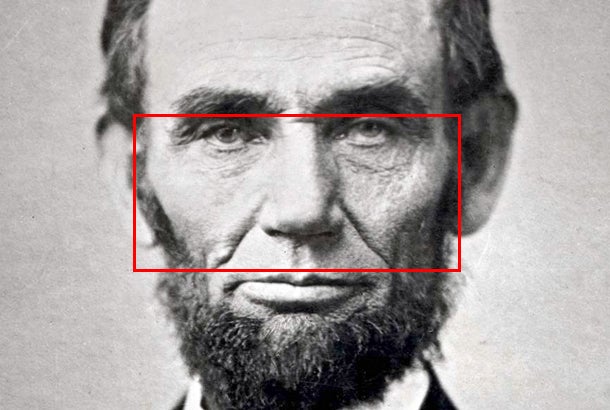 It may even clue you in to a politician's motives. Using volunteers to rate former US presidents on different psychological attributes, Lefevre found that face shape seemed to reflect their perceived ambition and drive. John F Kennedy had a thicker-set face than 19th Century Chester Arthur, for instance. Such analyses of historical figures are perhaps best taken with a pinch of salt, however, and it has to be said that other traits, such as cooperation and intelligence, should be equally important for success.

As you might expect, your health and medical history are also written in your countenance – and the detail it offers is surprising. The amount of fat on your face, for instance, provides a stronger indication of your fitness than more standard measures, such as your body mass index. Those with thinner faces are less likely to suffer infections, and when they do, the illness is less severe; they also tend to have lower rates of depression and anxiety, probably because mental health is often closely related to the body's fitness in general.

How could the plumpness of your cheeks say so much about you? Benedict Jones at the University of Glasgow thinks a new understanding of fat's role in the body may help explain it. "How healthy you are isn't so much about how much fat you have, but where you have that fat," he says. Pear-shaped people, with more weight around the hips and bottom but slimmer torsos, tend to be healthier than "apples" with a spare tyre around the midriff, since the adipose tissue around the chest is thought to release inflammatory molecules that can damage the core organs. Perhaps the fullness of your face reflects the fatty deposits in the more harmful areas, Jones says. Or it could be that facial fat is itself dangerous for some reason. 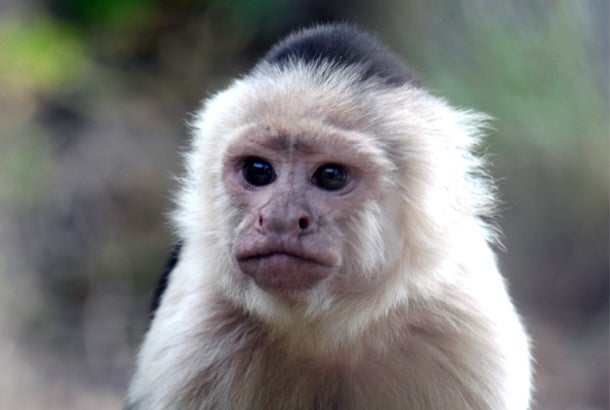 Besides these more overt cues, very subtle differences in skin colour can also reveal your health secrets. Jones and Lefevre emphasise this has nothing to do with the tones associated with ethnicity, but barely-noticeable tints that may reflect differences in lifestyle. You appear to be in more robust health, for instance, if your skin has a slightly yellowish, golden tone. The pigments in question are called carotenoids, which, as the name suggest, can be found in orange and red fruit and veg. Carotenoids help build a healthy immune system, says Lefevre. "But when we've eaten enough, they layer in the skin and dye it yellow. We exhibit them, because we haven't used them to battle illness." The glow of health, in turn, contributes significantly to your physical attraction – more so, in fact, than the more overt tones that might accompany a trip to the tanning salon.

A blush of pink, meanwhile, should signal the good circulation that comes with an active lifestyle – and it might also be a sign of a woman's fertility. Jones has found that women tend to adopt a slightly redder flush at the peak of the menstrual cycle, perhaps because estradiol, a sex hormone, leads the blood vessels in the cheek to dilate slightly. It may be one of many tiny shifts in appearance and behaviour that together make a woman slightly more attractive when she is most likely to conceive.

Related: How Love and Heartache Affect the Body

As Jones points out, these secrets were hiding in plain sight – yet we were slow to uncover them. At the very least, this knowledge helps restore the reputation of "physiognomy", which has suffered a somewhat chequered reputation since Aristotle's musings. Tudor king Henry VIII was so sceptical of the idea that he even banned quack "professors" from profiting from their readings, and its status took a second bashing in the early 20th Century, when it was associated with phrenology – the mistaken idea that lumps and bumps on your head can predict your behaviour.

But now the discipline is gaining credibility, we may find that there are many more surprises hiding in your selfies. Intriguingly, we seem to be able to predict intelligence from someone's face with modest accuracy – though it's not yet clear what specific cues make someone look smart. (Needless to say, it is not as simple as whether or not they wear glasses.) Others are examining the "gaydar". We often can guess someone's sexual orientation within a split-second, even when there are no stereotypical clues, but it's still a mystery as to what we're actually reading. Further research might explain exactly how we make these snap judgements.

It will also be interesting to see how the link between personality, lifestyle and appearance changes across the lifetime. One study managed to examine records of personality and appearance, following subjects from the 1930s to the 1990s. The scientists found that although baby-faced men tended to be less dominant in their youth, they grew to be more assertive as the years wore on – perhaps because they learnt to compensate for the expectations brought about by their puppyish appearance.

More intriguingly, the authors also found evidence of a "Dorian Gray effect" – where the ageing face began to reflect certain aspects of the personality that hadn't been obvious when the people were younger. Women who had more attractive, sociable, personalities from adolescence to their 30s slowly started to climb in physical attractiveness, so that in their 50s they were considered better-looking than those who had been less personable but naturally prettier. One possibility is that they simply knew how to make the best of their appearance, and that their inner confidence was reflected on subtle differences in expression.

After all, there is so much more to our appearance than the bone structure and skin tone, as one particularly clever study recently demonstrated. The scientists asked volunteers to wear their favourite clothes, and then took a photo of their face. Even though the clothes themselves were not visible in the mugshots, impartial judges considered them to be considerably more attractive than other pictures of the participants. The finding is particularly striking, considering that they were asked to keep neutral expressions: somehow, the boosted self-esteem shone through anyway.

Our faces aren't just the product of our biology. We can't change our genes or our hormones – but by cultivating our personality and sense of self-worth, they may begin to mirror something far more important.

Related: The Surprising Downsides of Being Drop Dead Gorgeous