We can all agree that a picture in front of the Parthenon is a fair game, but that post-workout flex? Maybe not.

By Jake Leary
June 21, 2019
This story originally appeared on PCMag

At the 2019 U.S. Golf Open, golfer Henrik Stetson knocked out a fan. His ball sped across the green and ended up in the stands, where it clocked an unsuspecting golf enthusiast in the noggin. The fan came to with a ball-like bulge protruding from his head and asked Stetson for a selfie.

The surprising part of this story is how unsurprising it is. If something happens, we want to document it. 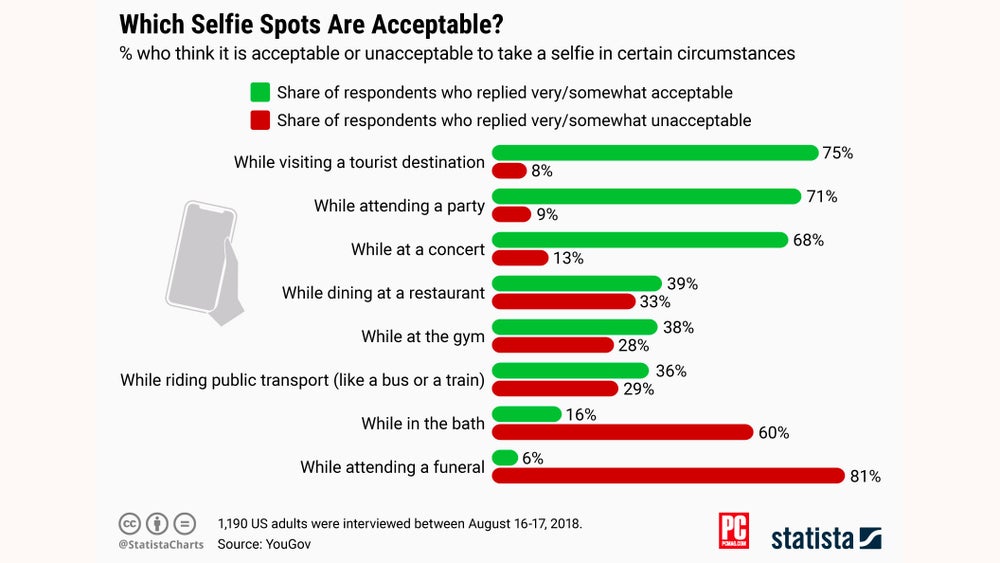 The smartphone's portability and ubiquity make recording everything easier than ever. Every meal. Every vacation. Every one of Uncle Timmy's embarrassing blunders at Aunt Tina's wedding. But just because you can do something doesn't mean you should.

Photo etiquette, especially now, divides us: Chances are if you're taking a public picture, someone won't be happy about it. Statista polled 1,190 adults on when and where it's appropriate to snap a selfie. It's worth noting that by polling only adults, we miss out on a large proportion of selfie tastemakers.

Most agreed that travel photos are acceptable, with 75 percent of respondents giving their blessing. Both parties and concerts were also approved -- 71 percent and 68 percent, respectively, gave the affirmative. But add a selfie stick into the mix, and people flip-flop; another Statista poll found 61 percent of people support a selfie-stick ban. 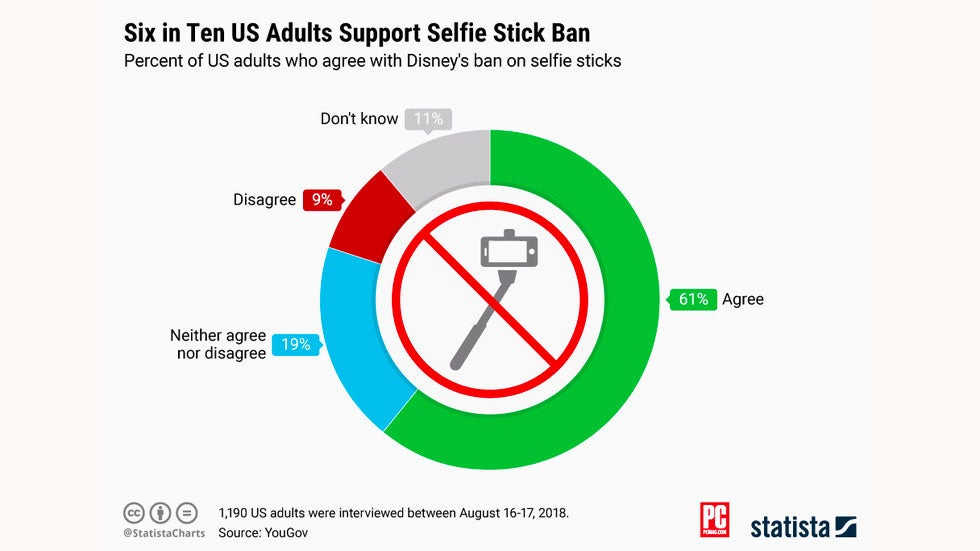 The bottom two categories push the limits of decency. Of those asked, 16 percent approved of selfies taken in the bath (and hey if you've got the confidence, why not.) And a concerning 6 percent -- that's 71 people, folks -- believe it's okay to take a selfie at a funeral. #yikes.