Sean Parker: Running a Startup Is 'Like Eating Glass' 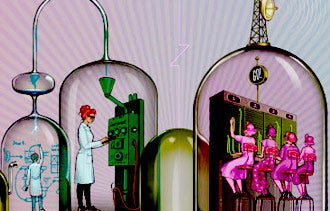 A few months in, it only has about 10,000 monthly active users and its executives are dropping like flies. Shawn Fanning is no longer day to day at the company.

In an interview with All Things D, Parker explains how tough it is to run a startup, and what's wrong with today's entrepreneurs.

"Running a start-up is like eating glass. You just start to like the taste of your own blood," he says.

Related: The Toughest Lesson An Employee Can Learn

Parker and Fanning were co-founders of popular music-sharing site Napster.

But Parker doesn't think enough people have that mentality anymore. Instead they just want to turn a quick buck.

"Now is the most toxic time ever in Silicon Valley," he says. Too many people start companies for the wrong reasons, he explains. They're not passionate about their ideas and they just want Facebook to buy them out.

Like Parker, Fried believes too many new companies are focused on growing quickly for a big payout.

"Companies [are] staffing up, raising a bunch of money, hiring a bunch of people, and burning them out in the hopes that they'll hit the lottery," Fried says.

Related: Now-Massive Companies That Didn't Need Venture Capital To Get Off The Ground