These Are the Most Popular Apps of 2017

Meanwhile, Facebook-owned WhatsApp raked up more downloads, overall, than any other app, excluding games, in 2017, according to Sensor Tower.

By Angela Moscaritolo
January 15, 2018
This story originally appeared on PCMag

Not including games, Netflix was the world's No. 1 grossing app of 2017, a spot held by Spotify in 2016 and communication app Line in 2015, according to new data from mobile app analytics firm Sensor Tower.

"The streaming video giant saw gross subscriber revenue of approximately $510 million last year according to our estimates, representing a huge year-over-year increase of 138 percent, or about 2.4 times the $215 million users spent in the app during 2016," Randy Nelson, Sensor Tower's Head of Mobile Insights, wrote in a Friday blog post. 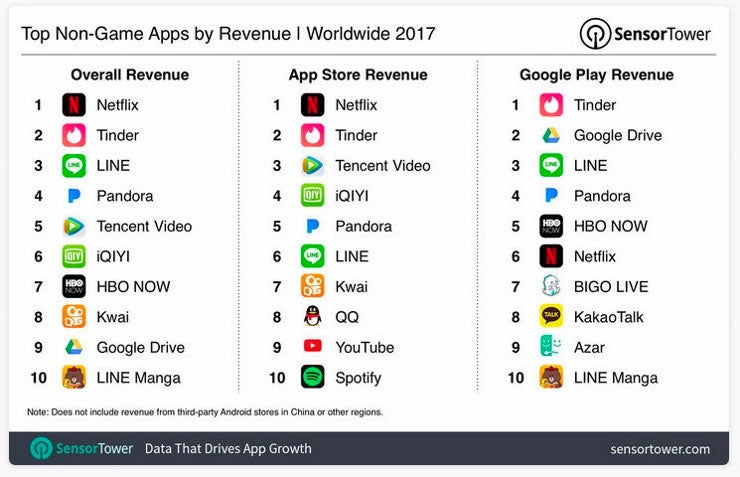 Meanwhile, Facebook-owned WhatsApp raked up more downloads, overall, than any other app, excluding games, in 2017, according to Sensor Tower. Facebook's main app came in second in terms of downloads, followed by Facebook Messenger, then another Facebook-owned app: Instagram. Snapchat ranked No. 5. 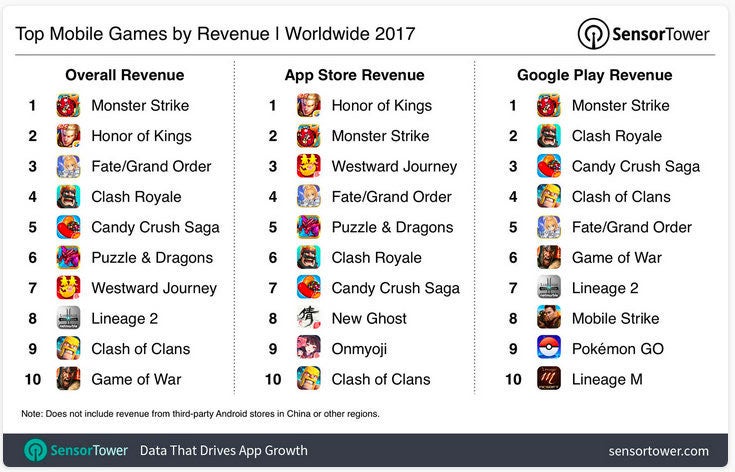 As for games, the Japanese hit Monster Strike ranked as the world's top grossing mobile game of 2017. It was also the highest-earning mobile app overall, for a third consecutive year. China's Honor of Kings came in second, followed by Fate/Grand Order, Clash Royale and Candy Crush Saga.