Some are born great, some achieve greatness and some pick greatness from the pockets of others. Director John Lee Hancock's thoughtful and entertaining film The Founder invites us to chew over which of these apply to Ray Kroc, the legendary McDonald's figurehead, played here with reptilian aplomb by Michael Keaton.

While many of us are vaguely familiar with the story of Kroc, the hamburger chain's "founding father," less is known about Dick and Maurice "Mac" McDonald -- the decent, endearingly unambitious brothers who opened the first McDonald's in San Bernardino, Calif., in 1948. It was Dick and Mac who devised the Speedee Service System, the production line that delivered undeviating, inexpensive burgers in 15 seconds. It was Dick and Mac who came up with the packaging, the color scheme, the Golden Arches and, of course, the name. But it's Kroc who gets the credit.

Kroc -- or at least the Kroc shown in this movie, which is already inspiring Oscar chatter -- first met the brothers as a frustrated middle-aged traveling mikshake-mixer salesman who listened to motivational LPs in grim motel rooms, and whose wife didn't understand him. Despite his inauspicious circumstances, Kroc saw something in Mac and Dick's burger shack that they didn't: the potential for expansion, and more expansion, and more. He entered into an agreement to franchise the business in the mid-1950s, then proceeded to browbeat and outsmart the brothers until, in 1961, they reluctantly sold out. And the rest, as Hancock tells us, is history.

Entrepreneur: I have to say, I wasn't sure I was going to like this film -- I thought it might be a bit too business-y, or one of those moralistic corporate takedowns. But it was a real saga. I enjoyed it.
Hancock: Great; thanks. And I agree: I think if we did either of those versions it could have been boring or predictable. When I first read the script, I didn't know the full story, and I was intrigued by how conflicted I felt about a lot of things, including Ray Kroc.

It's hard to know if we're supposed to find him sympathetic or despicable.
Yeah. In the first half of the story, I was really pulling for Ray. In the 1950s, which is when this movie is set, if you were in your 50s, you were looking for a resting place. You were ready to retire, and the desperation Ray feels is palpable for me. I want him to sell one of those damn milkshake mixers so bad -- please, buy one, somebody! But then other things happen and I'm not as comfortable being his advocate. It's Death of a Salesman with a very different ending. Willy Loman takes over the world. 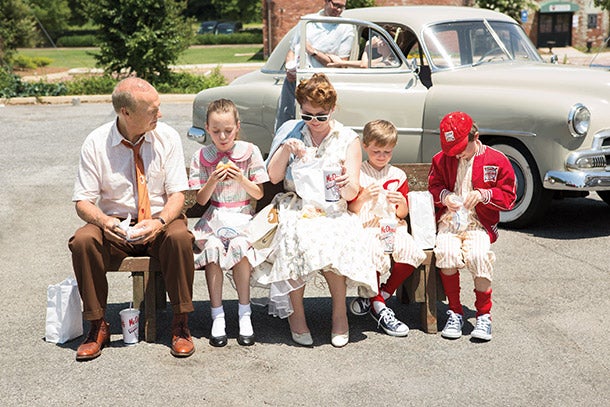 Keaton as Kroc marvels that you can eat fast food wherever you like.

There's a suggestion that he bilked the brothers out of serious money, but what really sticks in the throat is that he took their idea, their name.
He did what was necessary to become successful. At one point, Ray asks Mac if he would be willing to put a hose down the throat of a drowning competitor, which is an actual quote, and Mac says, "No! I wouldn't!"

Related: Buying a Franchise? What to Look for in a Company's History.

So principles stand in the way of success.
There are actually many things I admire about Ray Kroc. I don't think I've ever come across a harder worker -- he was the guy who would show up in the middle of the night and sweep the parking lot. And I like the idea that there are second chances in life. He may have been disloyal to the McDonald brothers, but he had a real vein of loyalty within his company. Employees who started at the bottom ended up at the top.

In the film Ray suggests that franchising is tied into the American Dream. Whether you love McDonald's or hate it, its franchising model has offered people opportunities they wouldn't otherwise have had.
Yeah. I don't have any figures to back this up, but I'm going to venture a guess that he created more millionaires during that time in America than anybody else. Because if you were one of those initial franchisees, you became very rich. 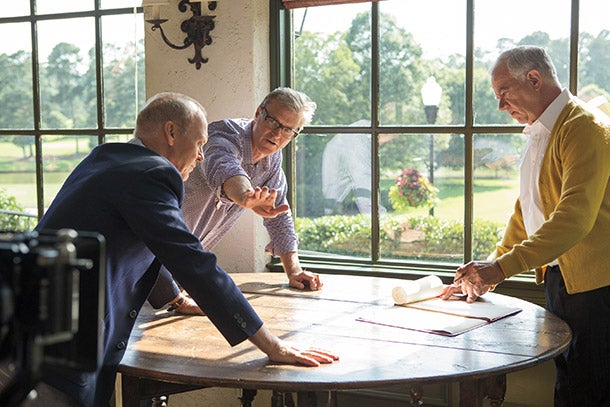 It seems there are two conflicting versions of the American Dream on display in The Founder. One is the Norman Rockwell, small-town thing, where everyone sits around the soda fountain before heading out to do an honest day's work. Then there's the acquisitive side, the corporate side, which is voracious and ruthless and sometimes vicious.
In the 1950s, we'd just come out of World War II, and we were bursting out of our buttons. We wanted everything and we wanted it now. So, yes, there are two different versions of capitalism here. One is, like you say, picking yourself up by your bootstraps and rolling up your sleeves, and then there is Ray. He has a dream. He wants to get big, and he wants to do it fast. He wants to make his name. There's pride involved in this, but I don't think it's sheer greed. I don't think money is the motivating factor.

Ambition gone mad, perhaps.
Maybe. At one point, Ray gets upset about the brothers wanting to give their original store to longtime employees, so he opens a place across the street and puts them out of business.

That wasn't very nice. But on the other hand, if he hadn't done all this, my daughter would starve. All she wants to eat is Chicken McNuggets.
It's funny; a friend called me and said, "I haven't eaten McDonald's in 10 years, but I'm at a drive-through. Watching your movie made me crave a burger."