Bill Hooks says that when he played Division 3 baseball back in his student days, he learned that, "Teams are entirely about learning how to mesh with different personalities." That was a lesson that the Lincoln, Nebraska, businessman applied to the two new Slim Chickens franchises he opened this year, after putting in 14 years with his family's hospitality business. "A lot of the drive, the hard work, the long hours I put in on the baseball team led me to have the kind of dedication I have now," Hooks says. And along with the hours and hardwork, the teamwork concept, Hooks found, was key. "I've always said, 'We coach restaurants,'" the franchisee says. "'We don't really manage them.'" 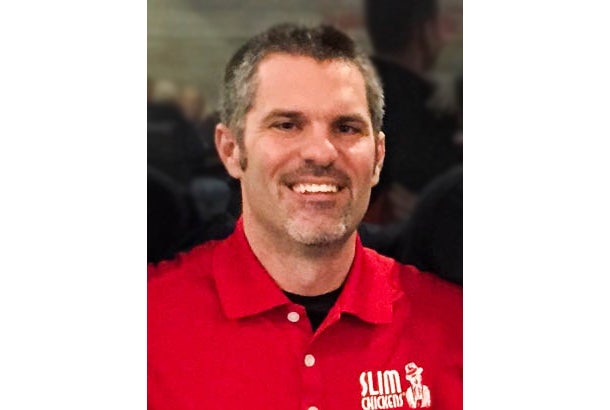 Currently, I own two franchises in Lincoln. The first opened February 9, 2015, and the second opened April 20.

It's the package deal. You are given a toolkit, and it's your job to execute it. When you start a business from scratch, you are unaware what the outcome might be. Franchises are proven to be successful; that's what I love about them.

There are two sides to our business. One side is Slim Chickens, and on the other side is a company called Concord Hospitality. My father-in-law owns Concord Hospitality and I am the VP of operations. I started working for the company in 2001 and worked my way up, so currently I'm wearing a double hat.

Concord Hospitality's CEO was with the Applebee's brand for a long time, and Sam Rothschild, the COO of Slim Chickens, spent a lot of time with the brand. They knew each other well and we were introduced to the brand that way. We flew down and saw the restaurant, where we were introduced to Greg and Tom, the founders of the concept. We had an instant connection with the founders, and the brand felt right; it was a perfect fit for what we were looking for.

We probably spent $1.5 million to $1.6 million before we opened the doors. From engineering, to architecture, to the building, to the staff. and then all of the materials. . . there's a lot that goes into an opening, but we knew that with a successful business model we would gain that money back.

Experience. I've been living and breathing this industry since 2001 that, prior to Concord Hospitality, I knew nothing about. As I began to get promoted, I added to those life experiences. I learned so much of the industry from my father-in-law. He has 35 years of restaurant experience, as well as a real estate background. He walked me through a lot of the process, but he also allowed me to fall so I could pick myself up. I owe him a lot.

Related: A Blimpie Franchisee on the Benefits of Franchising as an Immigrant

Overall, it comes down to two things for me. There were some unexpected skills and questions that came up on a daily basis that I didn't always know how to answer. When you own your franchise, there are a lot of "ah-ha" moments when you start to sort through a lot of these problems on your own. The second is a daily question and answer session with the staff that you don't even recognize is happening. As an owner, you have to answer the questions at every level of the company, from fry cooks to engineers. They will push you to your limits, but when you work together, the questions always sort themselves out.

Be 100 percent dedicated, and be present. Dive in, show your face, let the people know that you're with them every step of the way. Sometimes you'll have to jump behind the fryer. It's all about doing what's best and getting the job done.

We are looking to expand our territory and add 20 Slim Chickens restaurants within the next seven to 10 years, starting with our most recent look at a potential addition in Omaha. We know there is a lot of opportunity for growth; it just depends on real estate sales and finding additional employees.

Related: From Store Manager to Franchisee at Topper's Pizza