Back from the Brink: Surviving Startup Stress

By Jason Fell
August 11, 2011
Opinions expressed by Entrepreneur contributors are their own.

Master animator and entrepreneur Walt Disney suffered an emotional meltdown in 1931, three years after the debut of Mickey Mouse in the cartoon Steamboat Willie. He was cracking under the pressure of running Walt Disney Studio and overseeing a brand that was beginning to receive global recognition.

"I had a hell of a breakdown," Disney recalls in a TV biography called Walt: The Man Behind the Myth. "I got to the point that I couldn't talk on the telephone. I'd begin to cry."

Disney ultimately began to better manage stress by traveling with his wife, Lillian, and by playing polo. For other business owners, the road to recovering from work-related tensions isn't so clear. "Stress reduces the entrepreneur's ability to make effective decisions and manage risk, which creates additional stress," explains Dick Thompson, author of The Stress Effect: Why Smart Leaders Make Dumb Decisions -- And What to Do About It (Jossey-Bass, 2010).

Here, we look at three business owners who overcame stress-related challenges that nearly drove them, as well as their businesses, to the brink.

Kris Ruby, Ruby Media Group
Stress-Related Problem: Taking on more work than she could handle
Solution: Scaling back and focusing on core clients 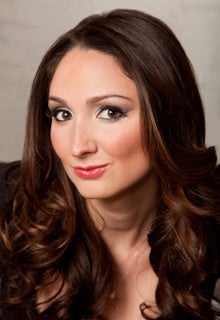 When Kris Ruby founded Mount Kisco, N.Y.-based social media consulting firm Ruby Media Group in 2009, she started blogging, bringing in clients and speaking at conferences all over the country. But the nonstop grind of a solopreneur wore her down.

Ruby wasn't eating right, constantly felt lethargic and was having trouble keeping up with the business. Her tipping point came in September 2010. "I noticed [my schedule] was getting out of hand when I was literally running from appointment to appointment to appointment with no break in between," says Ruby, 24. "Handling new leads became very challenging to follow up on by myself."

After consulting with her family and a business coach, Ruby hired a group of contractors so she could focus on her core clients, scaled back on speaking engagements and stopped taking on new work that she couldn't handle.

Ruby also began "digitally detoxing" on weekends by taking breaks to walk her dog or go for a hike. "It's made a huge difference," she says.

Stress-Related Problem: Partners left the company, taking most clients with them

Solution: Don't agonize over the problem, focus on the solution 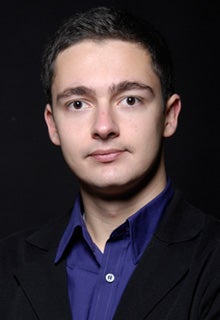 Six months ago, John White thought the writing-services business he co-founded with two college friends in 2008 was over. His partners abruptly left Orlando, Fla.-based BestEssayHelp.com, which resulted in an obvious strain on the business.

"We didn't sign any legal contracts [that would bind the partnership] because we were friends," says White, 26. "I was lying on my bed all day staring at the walls. I hardly ate. I cried all the time."

Furious and needing alone time to refocus, White gave his two employees a week off. But White's anger wouldn't subside. It was his girlfriend who finally urged him to think about what happened as a short-term setback.

"She was constantly highlighting my leadership skills and experience, and insisted on me getting up and doing something," White says. "I had to go back to work to create something new that would attract new business. . . . We're not making $350,000 a year in revenues like before, but we're moving forward." 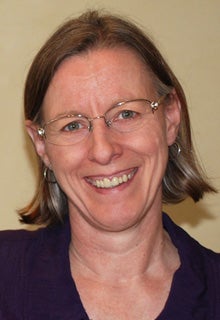 When Susanne Alexander's husband, Craig, died from cancer in 2009, she lost a partner in life and business. In 2004, the couple had launched Euclid, Ohio-based marriage-consulting and book-publishing business Marriage Transformation LLC.

"[After Craig's death], I became concerned that I'd have little or no credibility with married couples as a widow," says Alexander, 55. "I was afraid it would be too stressful to do workshops without Craig."

Alexander developed insomnia and broke out in a stress-induced rash. Unable to concentrate on work, she put the business on hold and spent two months recovering at a friend's vacation home near Venice, Fla.

Alexander also spent those months re-assessing her passion for her company. "I came to the point of recognizing that I still felt strongly about accomplishing what we set out to do, and that it would in fact honor Craig if I did so," she says. By November 2009, Alexander decided to test the waters and delivered a keynote presentation at a marriage conference in Canada. The presentation went well, she says, and she decided to give her business another shot.

"Before he passed, Craig said he wanted me to be 'fulfilled, happy, creative and contributing,'" Alexander says. "I think I'm accomplishing that now."