By Colleen DeBaise
October 7, 2011
Opinions expressed by Entrepreneur contributors are their own. 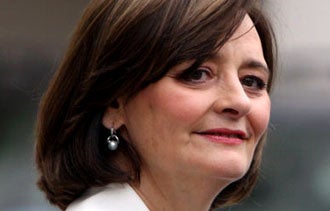 For years, microfinance groups have sought to lift low-income individuals out of poverty by providing small loans so that they can become entrepreneurs.

But what happens when those entrepreneurs in impoverished countries begin to succeed -- and need mentoring and training to scale their businesses?

A new program launched by Cherie Blair, the wife of former British Prime Minister Tony Blair, aims to help women business owners in Africa, South Asia and the Middle East further their marketing, technological and financial skills. In announcing the program Thursday in New York, Blair called such entrepreneurs the "missing middles" and said she hopes by 2014 to match 1,000 female entrepreneurs in developing nations with business mentors from around the world, primarily with the aid of technology.

"When you combine mentoring with technology, there are suddenly no barriers," Blair said, at an event held at the McGraw-Hill Building. "We come together as equals."

The nonprofit program, dubbed Mentoring Women in Business, is run through Blair's Cherie Blair Foundation and funded by a number of charities and companies, including Google.

The event featured a panel discussion moderated by ABC anchor Christiane Amanpour. During the panel, Google's chief business officer, Nikesh Arora, said the search engine wanted to get involved because "clearly we have a bias toward technology" but also because its translation tools seemed particularly suited for facilitating long-distance conversations between mentors and mentees.

Two participants of the Mentoring Women in Business program, which recently completed a 12-month pilot phase, also sat on the panel. Karon Shaiva, who runs a marketing agency in Mumbai, said she needed to learn more about raising funds, pitching investors and fine-tuning a business plan -- and received such help from Ritu Kumar, a senior advisor at Actis, a private equity firm in London. The mentoring "made all the difference," Shaiva said.

Blair's program, like many microfinance organizations, focuses on women in emerging markets, who historically have faced scant access to capital and sometimes cultural barriers to working.

In a light-hearted moment before the event began, Tony Blair gave welcoming remarks and told attendees he was supporting the program "not just as a dutiful husband -- I'm not good at that anyway" but rather "I really think it's a fantastic idea."

"Good entrepreneurship is part of a good country," he said. "If women do well, the region will do well."