From Accidental Entrepreneur to NAWBO President

NAWBO President Cynthia McClain-Hill considers her professional talents a way to contribute to civic well-being of her world. 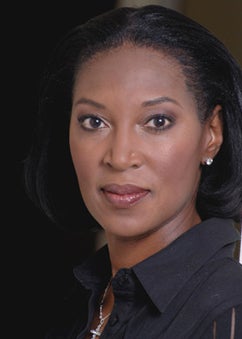 Attorney Cynthia McClain-Hill describes herself as an accidental entrepreneur. "I was happily working in a very high-powered career as an investment banker in my mid- to late 30s when my entire department was laid off," recalls the fifty-something executive. It was a sobering development for an attorney with a career in public finance.

"As a mid-career lawyer with no clients and no client base, I had to do some very serious thinking about how I was going to continue to do the kind of work I wanted to do and [still] have presence in my community," McClain-Hill recalls.

Tossing trepidation aside and betting on herself, she started McClain-Hill Associates, a public policy law firm. The company has since merged with The Advocacy Group, a lobbying organization, to create Strategic Counsel PLC. Strategic Counsel specializes in public policy development with an emphasis on corporate, administrative and environmental law.

NAWBO Plays Unique Role
McClain-Hill credits the National Association of Women Business Owners (NAWBO) with helping her make her business a success, and it's clear there's nothing accidental about her current role as national president of the organization.

"NAWBO was extremely important in the development of my skills and my network as I began my business," McClain-Hill says of her initiation into entrepreneurship. "It turns out to be a real natural place for me to give back," she adds.

"There really is a relationship between the kind of support, development and relationship building that one gets through NAWBO and the expertise that's required to be successful in business," McClain-Hill says. "It's important that it be there to serve that purpose for the next generation of women entrepreneurs."

McClain-Hill says NAWBO is unique because it allows less-experienced entrepreneurs an opportunity to hear firsthand accounts from high-powered executives regarding business decisions they're making. "How do you protect yourself? When you get to a certain size, how do you begin to manage your HR in a way that will continue to allow you to grow? How do you manage an exit strategy in a company?" These are things business owners routinely discuss at NAWBO events. "You're getting something that you're not going to get anyplace else."

'I Enjoy What I Do a Great Deal'
While McClain-Hill enjoys her legal practice, she considers her professional talent a means to an end: "That end being to work in ways that allow me to contribute to the civic well-being of my neighborhood, of my state and, ultimately, of the country. The kind of work that you can do as an environmental and land-use lawyer really does help you to shape public policy--to do things that have a long-term, meaningful impact."

That's the payoff for McClain-Hill. "I enjoy what I do a great deal," she says. "There are moments that are quite transcendent, such as when we were able to secure $200 million in state funding to replace old, polluting diesel school buses."

Always Remain Relevant, Vibrant
McClain-Hill says her goal as president of NAWBO is to facilitate the organization's efforts to stay relevant and vibrant in a changing world. "My goal is to really accelerate that process to set us on a course to be incredibly helpful, supportive and powerful from the perspective of propelling women entrepreneurs toward greater success."

Moreover, her goal has been to achieve the financial stability she needed to be able to serve on boards and commissions and to contribute philanthropically to things that matter to her. "That was what I set out to accomplish," she says, adding that she's met her goal while running her company for the past 12 years.

McClain-Hill's Civic Service
McClain-Hill has served on a variety of boards and regulatory commissions. They include: • California Coastal Commission


McClain-Hill is also past president of NAWBO's Los Angeles chapter.

"From my perspective," McClain-Hill says, "if you're prepared to shoulder all of the stress and responsibility of being an entrepreneur, the least you should expect out of that company is that it allows you to pursue what interests you, what matters to you--and that you have fun." Because she's passionate both about her career and about NAWBO, "It makes it easy to find the energy to focus on both."

During her tenure on the board and as president of NAWBO (her term ends in June 2009), the organization has restructured its operations, launched a revised website and is in the process of incorporating a social networking platform. In addition to providing greater connectivity for women entrepreneurs, McClain-Hill says, social networking will make the organization more nimble and able to serve its constituent base more readily.

As a black entrepreneur, McClain-Hill says NAWBO's new diversity initiative is close to her heart. "We're looking to form relationships outside of the traditional women's business community," she says. NAWBO is reaching out to organizations such as the National Urban League, whose women entrepreneur members of color might not gravitate to an organization such as NAWBO on their own, McClain-Hill adds.

NAWBO is also reaching out internationally. Last fall, McClain-Hill and director Lisa Kaiser Hickey attended the Les Femmes Chefs d'Enterprises Mondiales (World Association of Women Entrepreneurs) 56th World Congress in Brussels. "It was a really remarkable experience," McClain Hill says. Primarily, she was struck by the women in underdeveloped countries who made entrepreneurship happen under unlikely circumstances. "The level of commitment of women to controlling their destiny through entrepreneurship around the world was unexpected--and also extremely invigorating," she adds.

McClain-Hill was also gratified by the applause and the cheers for President Obama--who at the time had not yet been elected--that erupted in the hall when the American flag made its appearance in Brussels.

Influence Public Policy
NAWBO has a strong public policy arm, and McClain-Hill--who of course makes her living in the public policy arena--has been instrumental in efforts to overhaul that aspect of the organization, both during her tenure on the NAWBO national board and as NAWBO president. "We've been evaluating how we show up in public policy and how we make a difference on behalf of women entrepreneurs. It's one thing to talk about public policy, and it's a whole other thing to wield influence.

"Shaping a new direction involves, first, teaching women why it's important and, second, how to engage [them] where they live. A lot of policy that impacts small business is happening in your local community with your local city council, county and state governments; giving women the tools and supporting the activity of our local chapters in those kinds of engagements is the direction we are exploring and anticipate moving on in the next 12 months."

Today's Hottest Issue: the Economy
McClain-Hill says the hottest issue facing entrepreneurs today is the economy. But that isn't all. "Health care continues to be a significant concern among our members. Access and wellness care are critical," she says.

Access to credit is also high on the list of concerns, especially during the current credit crunch and in the midst of the housing crisis. Entrepreneurs typically use housing credit lines to start, finance or otherwise accelerate growth in their companies. That avenue to starting up is largely unavailable now. "It's very significant. . . . There's nowhere for people to go," McClain-Hill laments.

Going forward, she hopes the politicos of Washington, D.C., keep their eyes on the ball and make arrangements to aid small and women-owned businesses. "As important as it is to keep major financial and corporate institutions from going belly up, it's equally important to make sure money is going through the small business economy. That's where the jobs are coming from," she says.