If You Fry It, They Will Come. Cronuts and the Business Case for Imitation.

This hybrid dessert trend created opportunity across the country. We explain what the Cronut's success can teach you.

Have you had a Cronut yet? Probably not. The dessert hybrid combining the croissant's flaky goodness with a donut's deep-fried comfort is only officially made at the Dominique Ansel Bakery in Manhattan. Only 350 Cronuts are made each day, so if you aren't in line at dawn you might lose out. That low-supply explains why 14 months after the pastry's debut, they're still being sold on a Craigslist black market.

The pastry has captured imaginations and created immense opportunity. But not just for the Cronut's James Beard Award Winning creator – but for bakers throughout the U.S.

"Everybody in the industry says "I can do that, I want to put my spin on it,'" said Darren Tristano, executive vice president of Technomic, Inc., a research firm specializing in the food industry. "They're getting beyond the typical donut and contemporizing it in a way that makes it unique and interesting to younger generations."

To tap demand, bakeshops across the country have churned out any number of fauxnuts: Crognets, Croughnuts, doissants, cro-crèmes, doughscuits, brioughnuts, and the latest newcomer, the wonut, creating lines of their own everywhere from San Francisco to Philadelphia.

The fad isn't just fueled our love for doughnuts. (And we do love our donuts. According to market researchers at NPD, consumers have bought 1.6 billion donuts since 2008). Scarcity remains essential, and regional bakeshops are uniquely set up to invent and deliver small-batch, hard-to-get creations. 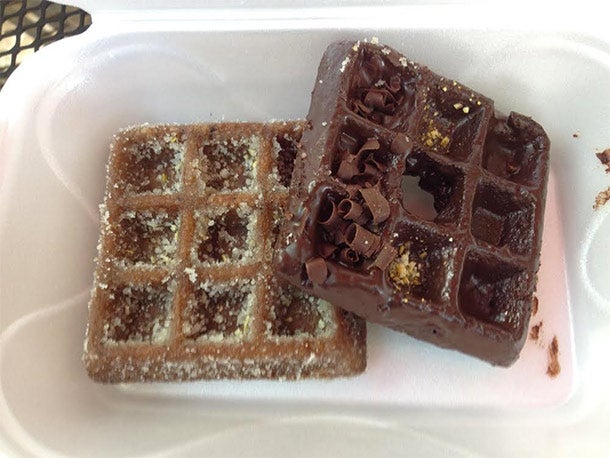 Alex Hernandez, owner of Waffles Café in Chicago, didn't set out to imitate the Cronut, but his own invention has capitalized on its success. Looking to boost sales, Hernandez experimented with ways to make the waffle portable. The former commodities-trader finally settled on a waffle deep-fried and dunked in glaze and dubbed it the "wonut.'

Soon after its debut this spring, calls poured in from Malaysia and London to inquire about opening stores abroad. Rachel Ray wanted him on her show the next day. CNN asked how he felt about starting a turf war with New York. Customers flew in from Miami and Los Angeles with empty suitcases to stock up.

With a single fryer, 43-year-old Hernandez could barely keep up with demand. He enlisted the help of his nine- and 10-year-old nieces and 63-year-old mother, added two new chefs, and scoured culinary schools for staff could help ramp up production from 24 to 600 per day. In one month, sales at his café's Lakeview location have shot up 25 percent. Though the wonut hasn't generated Cronut-style lines, Hernandez said he's enjoyed consistent demand. 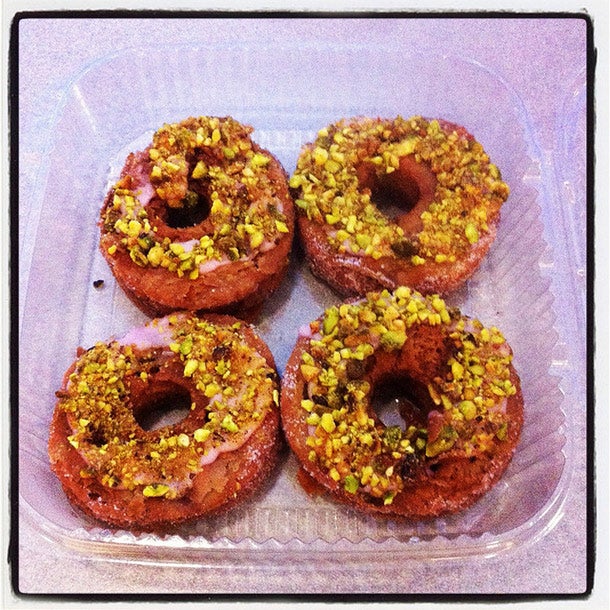 The Doissant, a Cronut imitator from Washington D.C.'s Chocolate Crust bakery is one of many across the country capitalizing on the hybrid pastry trend
Image credit: Wendy Harman/Flickr

Meanwhile, on the west coast, Scott Nghiem, owner of Afters Ice Cream in Fountain Valley, Calif., invented the Milky Bun, a modified donut filled with Afters' artisanal ice cream. Three and a half months later, Nghiem has sold more than 100,000 Milky Buns to customers who wait in line one to two hours every weekend.

"For me, [the Cronut] paved the way," Nghiem said. "You don't have to create something completely new; you can enhance, give people what they want."

Imitation – when done legally -- provides a powerful lesson for entrepreneurs, says Ndubuisi Ekekwe, founder of the African Institute of Technology. No one wants to be identified as an imitator, he said, but imitating mitigates uncertainty that a product won't work.

"There is nothing wrong with taking an idea that's good and using operational excellence to bring you new customers," he said. "When the solution exists, plug it in and create value."

Still, investing in any craze carries risks. Dessert mash-ups are a trend like any other, and eventually, they'll go the way of the cupcake, says Tristano. In fact, Crumbs, a national cupcake chain, is struggling to stay afloat, even after adding sandwiches to the menu, more proof that a trendy food can't always support a high-cost retail location, he says.

Tristano advises interested donut-makers not to over-expand and keep demand high, incorporating the concept into a bakery but not building a store around it. In this way, franken-pastries can highlight a bakeshop's talents and serve as a sort of promotional tool. "It's really about taking advantage of the trend while it lasts," Tristano said. "If you want a longer-term viable strategy, you have to move toward the next great thing that's coming down the line."

Hernandez plans to open up two to three new wonut shops in Chicago. He's also introducing a wonut-on-a-stick and a savory wonut. The café owner said he understands the risks of trend collapse, but thinks his product will be sustainable.

"I could open up three little wonut shops, and next month there's a new craze in the pastry world," he said. "But I think I have a good product. People like waffles, they like donuts, so there's no risk with that."

Time will tell. Meanwhile in New York, the Cronut's creator has moved on to the Waffogoto.

Rosemary Lane is a digital media specialist at a Chicago publishing company, as well as a freelance writer. Her work has appeared in Milwaukee Magazine, The Local Tourist, and The Oakland Press. When she’s not writing, Rosemary can be found eating her way through Chicago.

What Is a Trust Fund and How Do They Work?

Interested in setting up a trust fund? Read on for more on what a trust fund is, how they work, how to set one up and more.