By Carol Roth
February 10, 2015
Opinions expressed by Entrepreneur contributors are their own.

At a recent CNBC event, I spoke with Kevin O'Leary, who you may know as the shrewd and calculating entrepreneur and investor that goes by the nickname "Mr. Wonderful" on ABC's hit TV show The Shark Tank. As we talked about investments, O'Leary revealed to me something that took me aback: "Women", he said, "make better CEOs. All things being equal, given the choice between a woman and a man, I would pick the woman every time."

Knowing that O'Leary is all about one thing -- money! -- I wanted him to dive further into the subject. He told me that he wasn't trying to save the world, but that 55 percent of the companies in his portfolio have women CEOs. O'Leary said that he had purposefully decided in the past two years to invest in more companies where women were in charge, based on "pragmatic financial data."

"I've invested in 20 different entrepreneurial and mid-cap companies and I've made more money with the women executives. It's that simple," said O'Leary, crediting women with getting him both faster exits and higher returns. 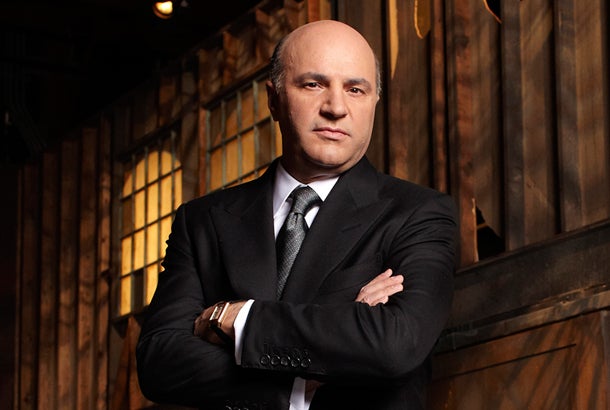 So what, as he sees them, are the differences in the way that women approach business? "Attributes that I have observed are that they take less risk, they are more goal orientated in terms of setting targets and meeting them. If they say, "I am going to expand capacity or we're going to increase distribution in the next quarter', they deliver," he explained. "It's not an intuitive feeling. It's actual hardcore results."

And those results have made O'Leary take notice. He said, "When I am faced with two opportunities, whether it's large cap, mid cap or otherwise, and the CEO is a woman, I tend to pick that option first because it's the path of least resistance. I'm not looking at it from a social or moral point of view; I'm looking at it from a financial return point of view. I just make more money with women, period."

While I appreciated O'Leary's forthright and numbers-based approach, I was surprised that taking less risk was something that he looked upon favorably. When I pressed him about that, he said, "I look at it from the operational side. … I'm also in financial services and often the women who do analysis and trading have less volatility. So, it's not just about achieving the highest returns, it's about achieving a high return with lower volatility and that has a value. It must be that as they make their decisions...they dig harder or… they are less "cowboyish.' I'd rather have a smoother ride.

"I have very few examples of times where I haven't gotten my capital returned or made money with managers who are women," he added.

Statistics support O'Leary's experience. There have been a variety of studies showing that women in leadership roles equates to better company performance, including a report from Credit Suisse that says that companies with more than one woman on their boards have outperformed those with no women on their boards in the stock market.

Despite the statistics, there is a major absence of women in the C-suite and boards, particularly among other venture capital and angel investors. O'Leary attributes that to how many of the partners who raise the capital are men, but believes that will change. As for VCs and companies that don't actively diversify their management teams and boards with women, O'Leary says, "It's a huge mistake. … It's a huge disadvantage not to bring women into management. Women are the best bets."

Another arena that I have personally noticed is an issue when it comes to women getting the C-level opportunities is networking. I brought up the concept of many women focusing their networking primarily with other women. O'Leary agreed with that as an issue, saying, "I agree, you should cast your net widely when you are networking. You should be using all of the tools that are available to you."

'Stay focused on the big goal.'

Whether you're a male or female business leader, O'Leary offered this as his best networking advice. "What I tell my CEOs is: Call up your competitor and take them out for dinner. Start there. It's the most important thing you can do. Find out who you are doing battle with every day and form a relationship with them. You are defining your own industry when you do that…even in small companies. Twenty percent of your day should be spent understanding your competitors and your market, not in the minutiae of operations. Stay focused on the big goal…and network with absolutely everyone who matters to you."

O'Leary recounts that it was exactly that formula, in working with his competitors in Mattel (whom he ultimately sold to) and Hasbro, which led to his $4.2 billion exit of his business, The Learning Company.

As a final thought about women leaders, O'Leary summarized his stance, "If I want high returns with low volatility, that equals a woman."

I appreciate O'Leary being willing to share his pragmatic stance on this topic and, hopefully, we will have more successful men leading the way to encourage more women to grow their enterprises. Not for the sake of diversity, but for the sake of business.