This infographic charts the probable timeline of the first person to have a $1 trillion (or $1 million million) dollars.

The number crunchers at Comparisun have analyzed the last five years of data of the world's richest companies and individuals to predict when they'll join the Trillion Dollar Club. You can see the entire list here.

This is hardly exact science, and in all likelihood, none of these entrepreneurs will ever have $1 trillion. Who knows, maybe you'll launch the next global platform that reduces these big boys to zero. Maybe this fun chart will help inspire you to do what even the most famous businesspeople of today have yet to accomplish.

Jeff Bezos may have lost an estimated $38 billion in his recent divorce, but the Amazon CEO is still the richest person on the planet. According to Comparisun, his net worth has grown at a pace of 34 percent over the last five years, which could make him the world's first trillionaire by 2026. Mark Zuckerberg also has a legitimate shot, although it might take him a bit longer to get there. Keep your head up Zuck!

Check out this infographic that breaks down the 25 richest people in the world, and when realistically they can expect to see a bank account balance with twelve zeros in it: $1,000,000,000,000. 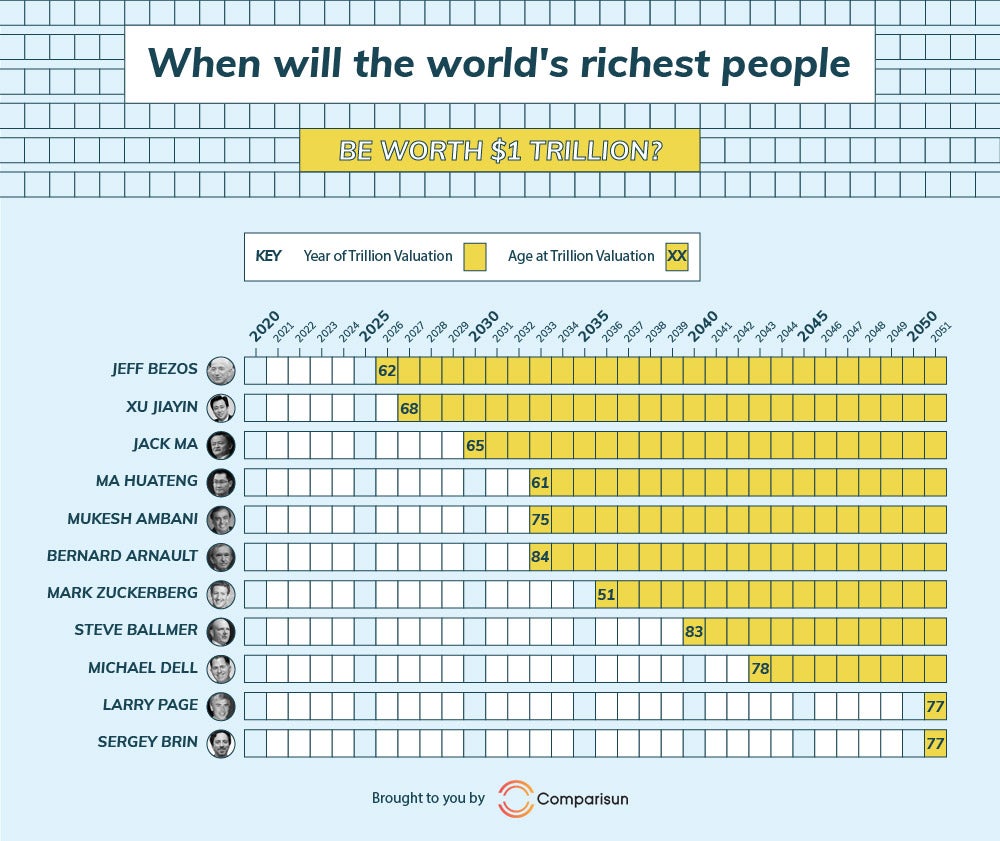