See how far some companies will go to get noticed.
Next Article
May 27, 2010 min read
Opinions expressed by Entrepreneur contributors are their own.

See how far some companies will go to get noticed.

It's kind of like dating--that's the bad news. There's a lot of effort involved, and sometimes, there's some humiliation. But when you're an entrepreneur competing for the affections of the world, there's always a new heart and mind to try to win over--attracting customers never ends. So it's no wonder you want to try to bring in a ton of them at once by pulling off a marketing stunt. In the spirit of helping you learn from other business's successes and failures, we offer you our slideshow of 10 marketing stunts that exceeded expectations. 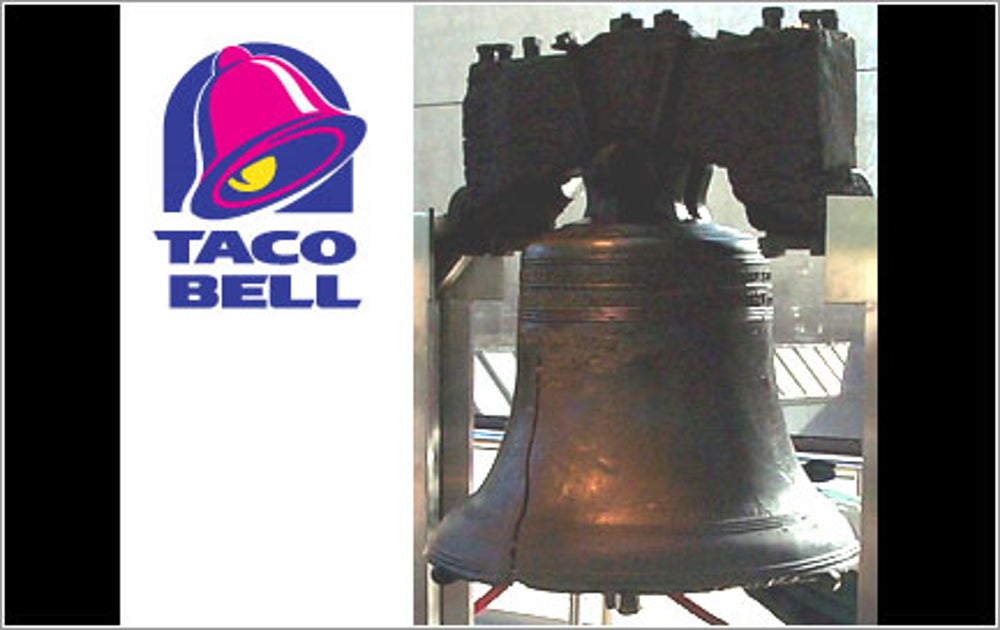 The Stunt: An ad appeared in The New York Times with a headline that read: "Taco Bell Buys the Liberty Bell". The ad copy explained that Taco Bell was "pleased to announce that we have agreed to purchase the Liberty Bell. It will now be called the 'Taco Liberty Bell.' " Thousands of people called in their complaints to the home of the Liberty Bell, the National Historic Park in Philadelphia, before Taco Bell admitted that the ad was an April Fool's joke. But that day, the company's revenue increased by $500,000, and by $600,000 more the following day.

Lesson Learned: Guess it pays to have a sense of humor about your business.

Company: ProShade Year of the Stunt: 2006

The Stunt: ProShade made an intriguing offer to the National Park Service earlier this year when they proposed to give $4 million to Mount Rushmore in exchange for getting to put a logo visor on each of the presidents' heads. Although the park service refused their offer, the company received a fair amount of publicity, despite the fact that any decent journalist knew they were being taken.

Lesson Learned: Give journalists a good story, and they just may take you up on writing about it. 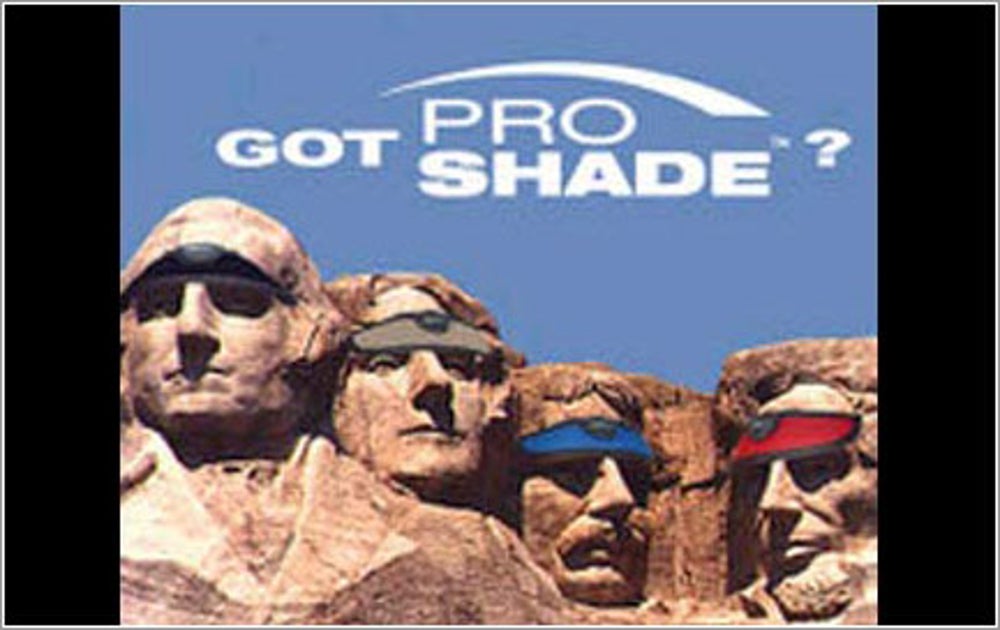 The Stunt: ProShade made an intriguing offer to the National Park Service earlier this year when they proposed to give $4 million to Mount Rushmore in exchange for getting to put a logo visor on each of the presidents' heads. Although the park service refused their offer, the company received a fair amount of publicity, despite the fact that any decent journalist knew they were being taken.

Lesson Learned: Give journalists a good story, and they just may take you up on writing about it. 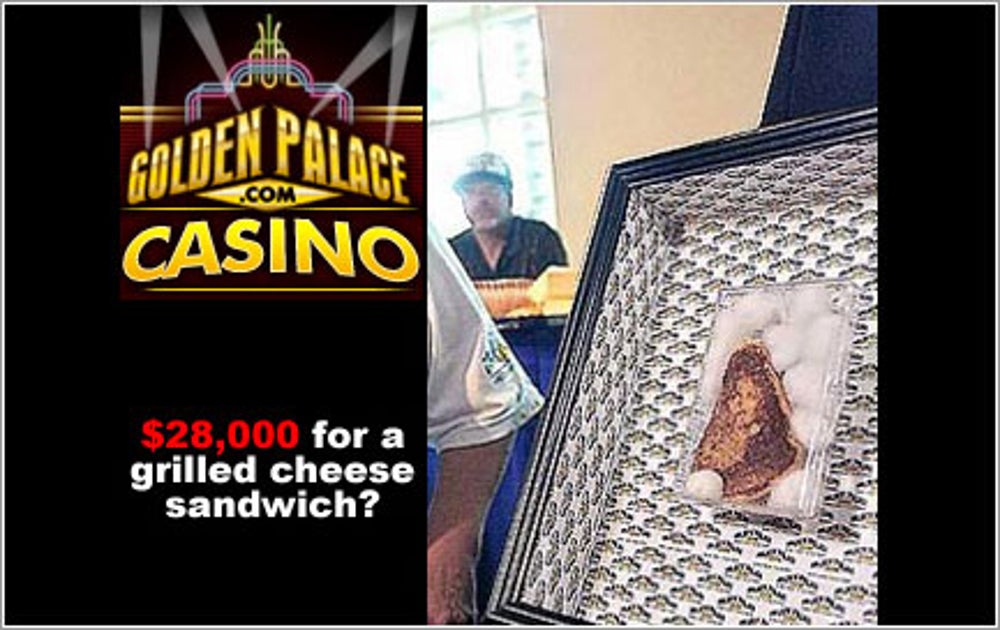 The Stunt: Because they're legally restricted from advertising in traditional media, online casino GoldenPalace.com, based in the Caribbean, has devised many stunts to grab the public's attention. Their most famous marketing stunt took place a few years back when they bought a partially eaten grilled cheese sandwich for $28,000. But it wasn't just any sandwich: It looked like the likeness of the Virgin Mary had been burned into the bread. The casino received worldwide attention for their purchase, getting media exposure in everything from USA Today to the BBC to China Daily. CNN, FOX and MSNBC all covered it, as did the evening news networks.

Lesson Learned: Even the most outlandish marketing stunts--including those involving the often-dicey topic of religion--can work to a company's advantage. 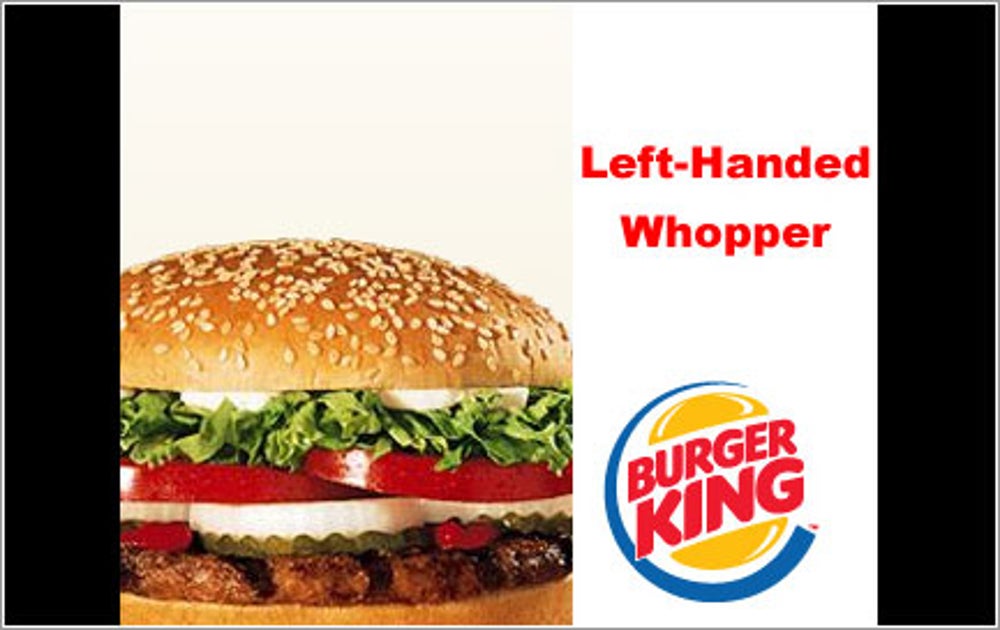 The Stunt: Obviously inspired by the good folks at Taco Bell, Burger King put out an ad in USA Today, stating that they'd re-engineered their most famous sandwich in order to benefit 32 million Americans, and now they were ready to present... the Left-Handed Whopper. Although some of those 32 million Americans were annoyed to discover they couldn't actually order the Left-Handed Whopper, still, there was no real backlash when the restaurant chain admitted it had been an April Fool's stunt, and since the ad brought in customers, including many who requested that they receive a right-handed burger, it should be called a success.

Lesson Learned: No harm in being inspired by successful marketing stunts that have come before, as long as you provide your own twist. 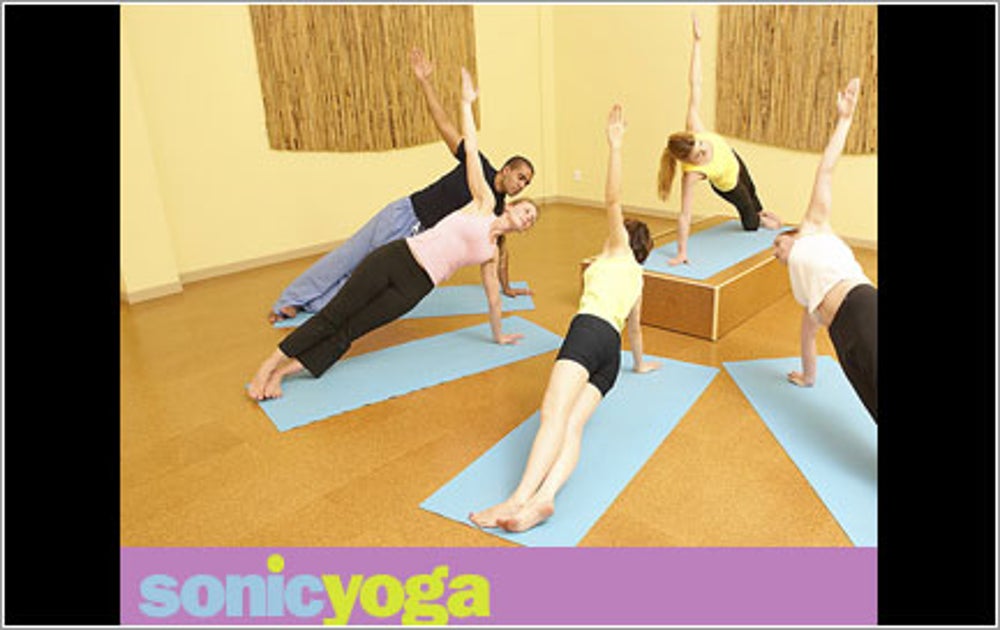 The Stunt: Soon after launching his Manhattan-based yoga school in 2001, owner Jonathan Fields teamed up with Adelphi University to run the first-ever study on determining how many calories yoga burns. Fields then sent a note to several top fitness magazine editors, offering an exclusive to whatever editor reached him first and agreed to do a story on the study. Within a week, Self magazine committed--and even asked to be in the study. And when a Selfeditor called Fields asking about a yoga instruction video to go with the article, Fields, with no plans in sight, immediately put one into production and made up a name for the video and a price so the editor could add that information to the article. The video sold out after the magazine hit the shelves.

Lesson Learned: There's something to be said for thinking big and on the fly. 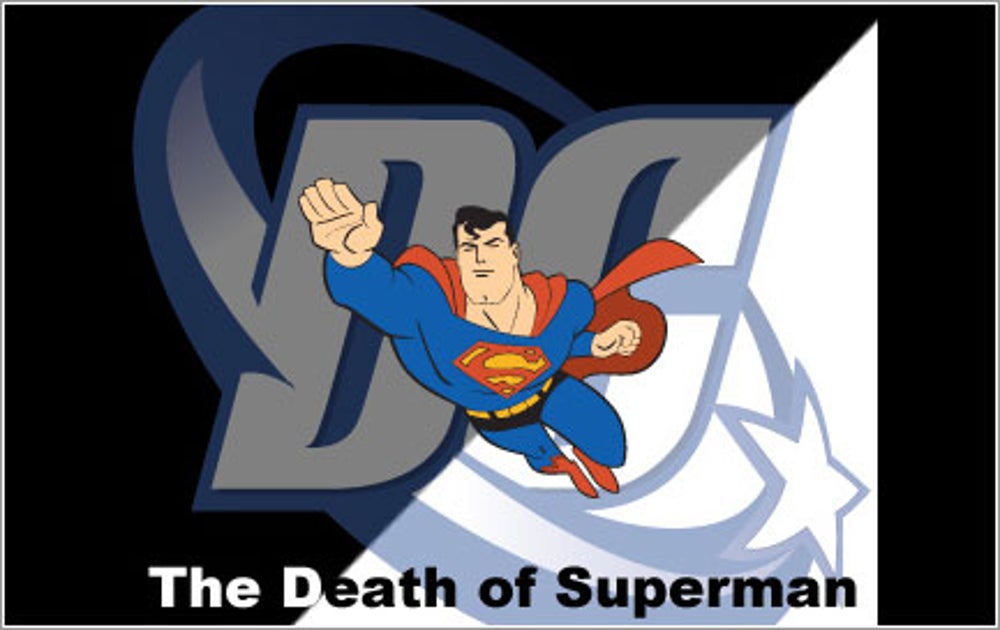 The Stunt: When DC Comics released a comic book 13 years ago called The Death of Superman, the news media covered the event extensively, and the comic book featuring his death sold out on the first day. As more issues were published, they continued selling out.

Lesson Learned: If you have a popular product but feel that sales are stagnant or your customers' excitement toward the brand is weaning, it may not be a bad idea to tinker with it. If you can create some drama around your product--and tug at your consumers' emotions--you may just find that your potential for bringing in a profit is, well, super. 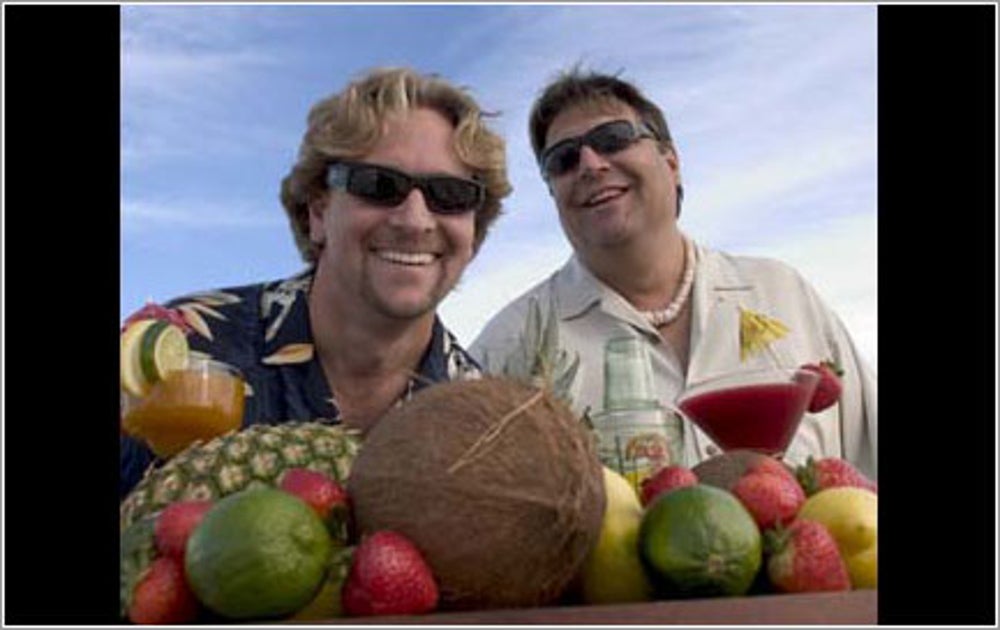 The Stunt: Because Maui Beverages isn't very well known, their PR department cooked up a scheme to get some attention. They changed the founding executive titles--from Chief Executive Officer to Chief Entertainment Officer--and the Chief Technology Officer to Chief Tasting Officer--giving their company a more fun feel. Then they sent founders Mark Mahoney and Al Williams to be hosts at an annual conference of food and beverage trade writers. They threw a huge, Jimmy Buffett "Caribbean island" themed party and gave out lots of free sunglasses--as well as free samples of their product. The company started getting a lot of positive press, and annual sales, which were $6 million in 2004, are projected to be $10 million this year.

Lesson Learned: A marketing stunt doesn't have to be something that nobody's ever done before, but you should keep it fresh and exciting. 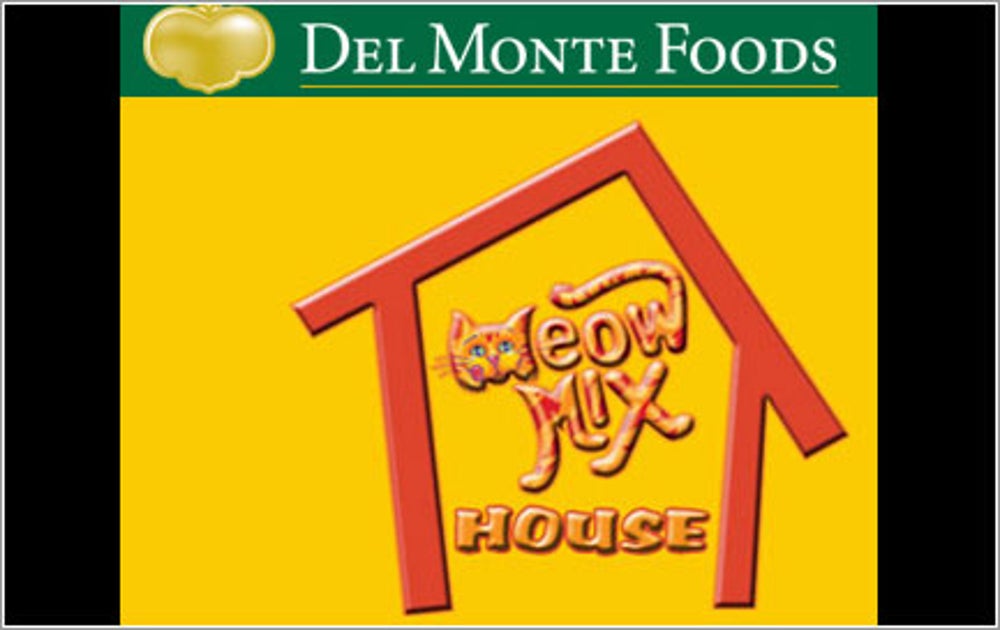 The Stunt: Del Monte is currently airing a reality show for cats on Animal Planet. They've put up a Meow Mix Housewith webcams for people to look in and watch these cats in one room--from 10 shelters around the country--where they hang out and have various visitors (think Big Brother, but for felines). Every Friday, on Animal Planet, Meow Mix announces which cat has been "voted out," but in this case, that means being put up for adoption and receiving a year's supply of Meow Mix. Meow Mix's marketing director has been doing tons of interviews, and the brand is being associated with a worthy cause: cat adoption.

The Lesson: If you're going to look for inspiration for a marketing idea, why not borrow from popular culture? 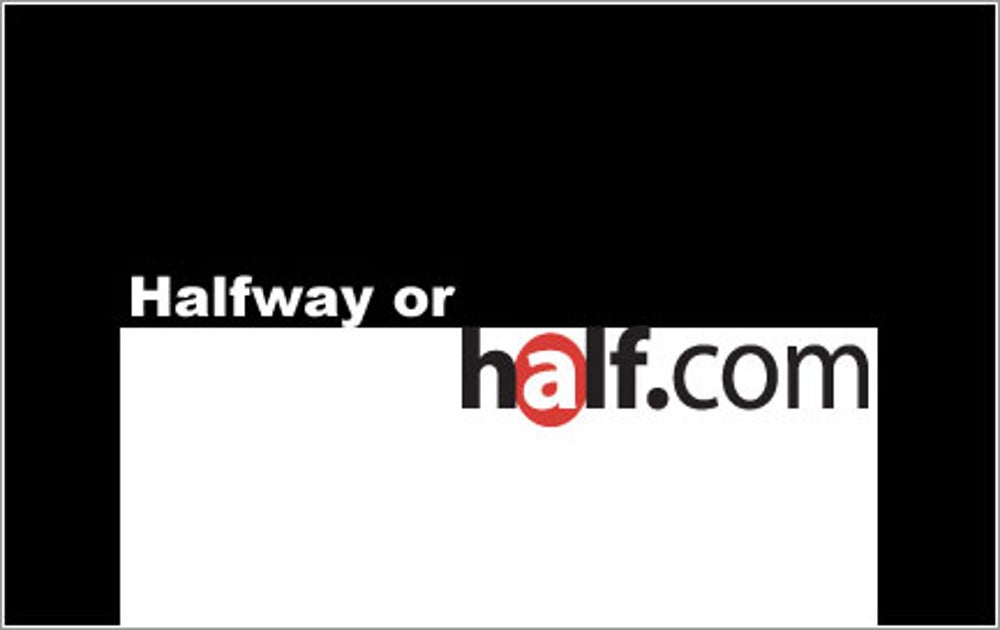 The Stunt: Half.com, a retail website known for having sharply discounted items, paid Halfway, Oregon, to adopt the name Half.com for their town for a year. In exchange, Halfway received $100,000, 20 new computers for the local school and other financial subsidies. The media picked up on it, Half.com became very well known, and in 2000, five months after the IPO, eBay bought the company for $300 million.

The Lesson: Creativity works, and you can apparently talk anyone into anything, if you show them the money. 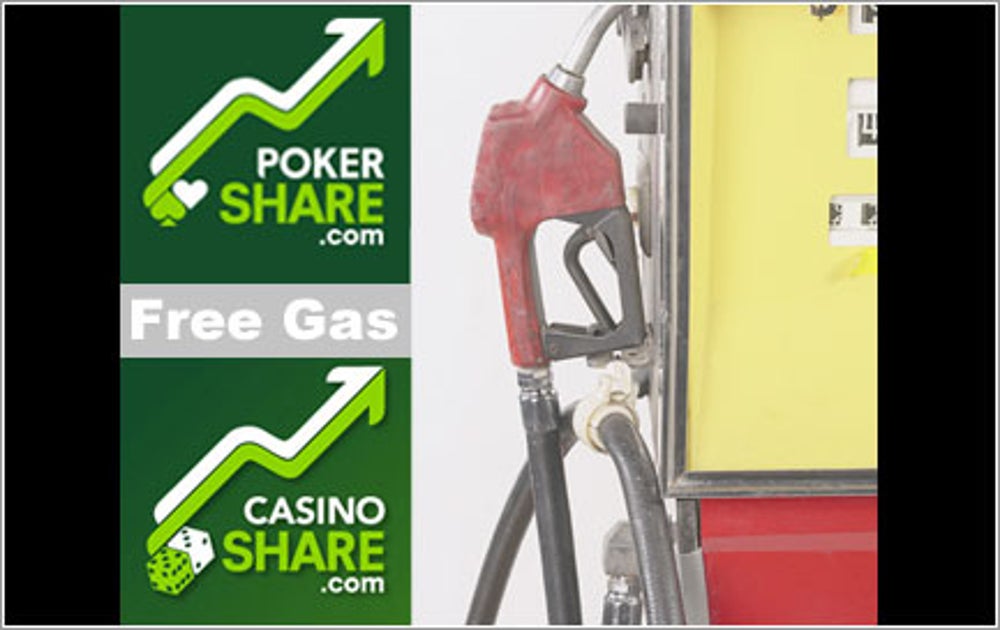 The Stunt: Over Memorial Day weekend this year, with gas prices hovering around $3 a gallon, PokerShare.com and its newly launched CasinoShare.com gave away more than 8,000 gallons of gasoline to hundreds of New Yorkers. Although the New York City Police Department shut down the stunt because the lines were wrecking havoc with traffic flow, it was successful enough they held the stunt again in Los Angeles several weeks later.

Lesson Learned: Generosity is a selling point in a marketing stunt, and it helped that they tapped into human nature (the lure of free products) and current events.

Now that you've seen some winners, view our slideshow of marketing stunts that bombed.