These entrepreneurs are tapping a lifetime of experiences in their businesses.
Next Article

Stay informed and join our daily newsletter now!
May 27, 2010 8 min read
Opinions expressed by Entrepreneur contributors are their own.

For some, it's a product of too many years working for The Man. For others, retirement just isn't an option. And for others, inspiration just hit them late in life. Call them seasoned. Call them experienced. But whatever you do, don't call them old. These entrepreneurs waited until after 50 to start their businesses, and they're putting the gold in golden years. 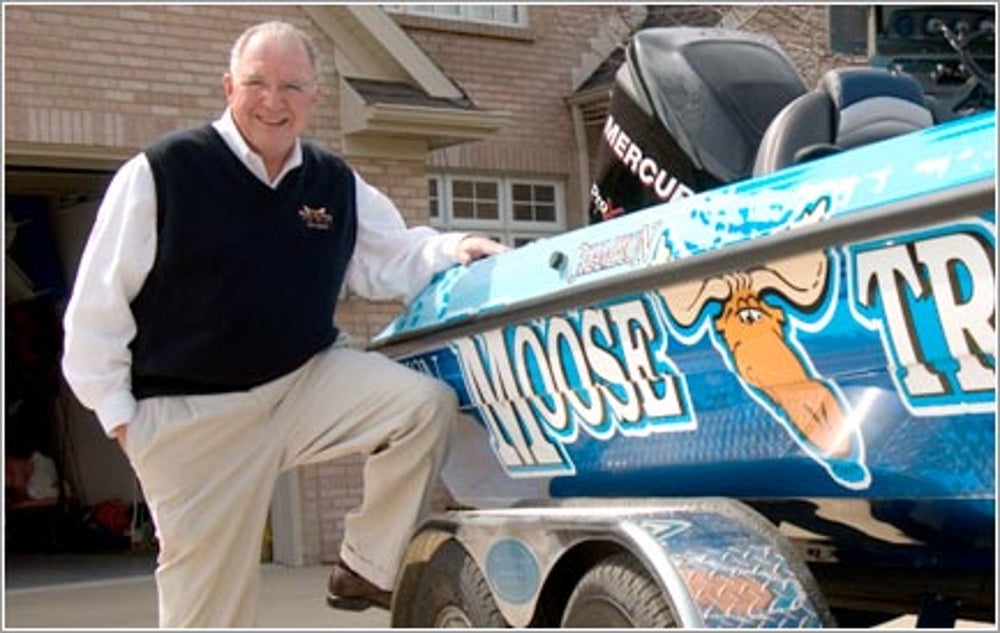 When your boss starts pitching tomato ice cream, it's time to move on. Sounds crazy, but that's exactly what happened to Wally Blume, who, after nearly 20 years in the dairy business, struck out on his own in 1995 and wound up creating one of the most successful new ice cream flavors of the last 20 years. Blume is the founder of Denali Flavors and the creator of Moose Tracks, a chocolate and peanut butter concoction that rakes in about $80 million every year through licensing agreements with multiple manufacturers. Denali now has more than 40 flavors in its repertoire--none of them vegetable-based. "It doesn 19t take a Rhodes Scholar to understand that chocolate fudge and peanut butter cups are going to outsell tomato ice cream every day of the year," Blume says. 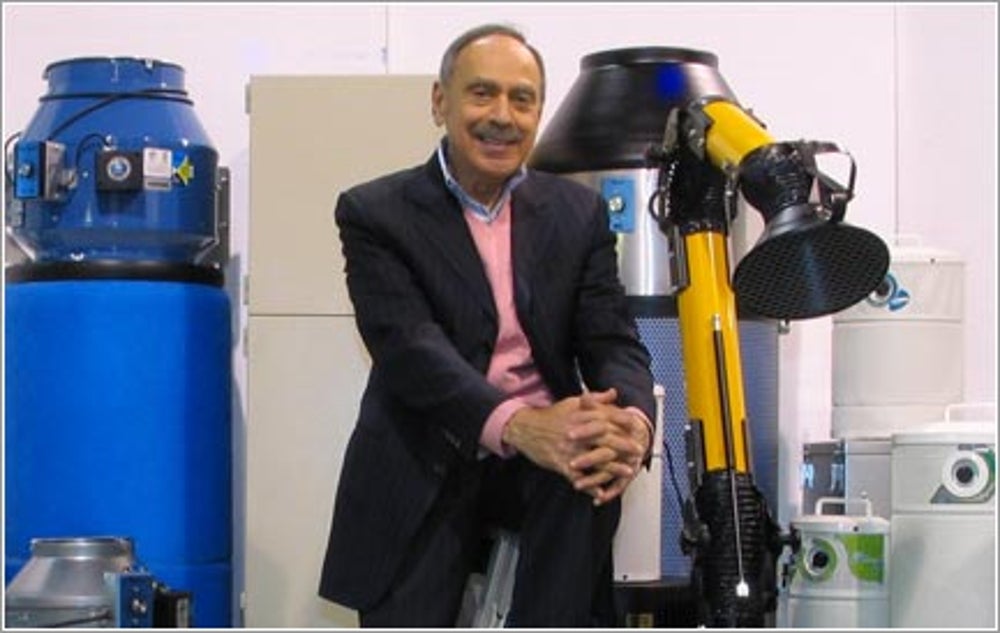 Sam Teitelbaum has felt like an entrepreneur since he was only 12, when he was riding high on the thrill of the first time his father asked his advice in picking the latest merchandise for his family's clothing store. And after more than 25 years in the clothing business, he tapped into that feeling when he founded AllerAir at the age of 61. The Montreal-based company manufactures residential and commercial air purification systems and has seen 20 percent growth every year for the past 12 years. For Teitelbaum, a large part of that success is making things fun. "When you laugh and have fun, it doesn't mean you're not a serious or successful business person," he says. "Indeed, laughing makes you feel so good that success follows suit." 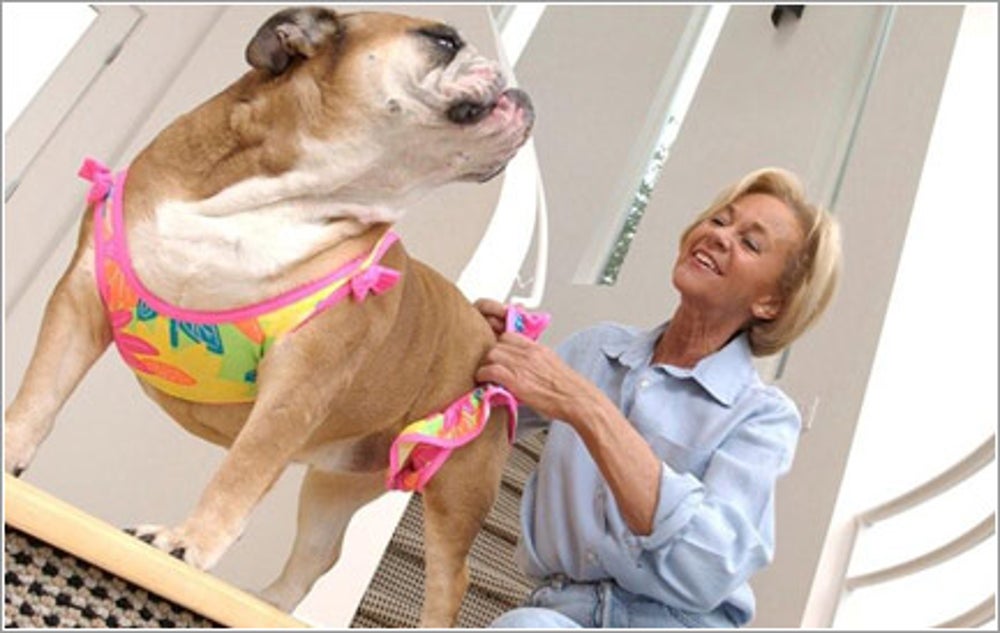 At some points in your life, you have the choice to either laugh or cry. Carol Gardner chose to laugh--all the way to the bank. Gardner was 52 when she found herself divorced, in debt and with two broken legs. Then she met Zelda, the lonely bulldog puppy she brought home in lieu of a therapist, and the inspiration for Zelda Wisdom, Gardner's Portland, Ore.-based greeting card and gift company. "Our life experiences are like pieces of a jigsaw puzzle, and how we put together those pieces results in the success of our final portrait," says the former creative director. "The more pieces you have, the better the portrait." Gardner's portrait in this case has become more like a valuable work of art--one that's worth about $50 million a year. 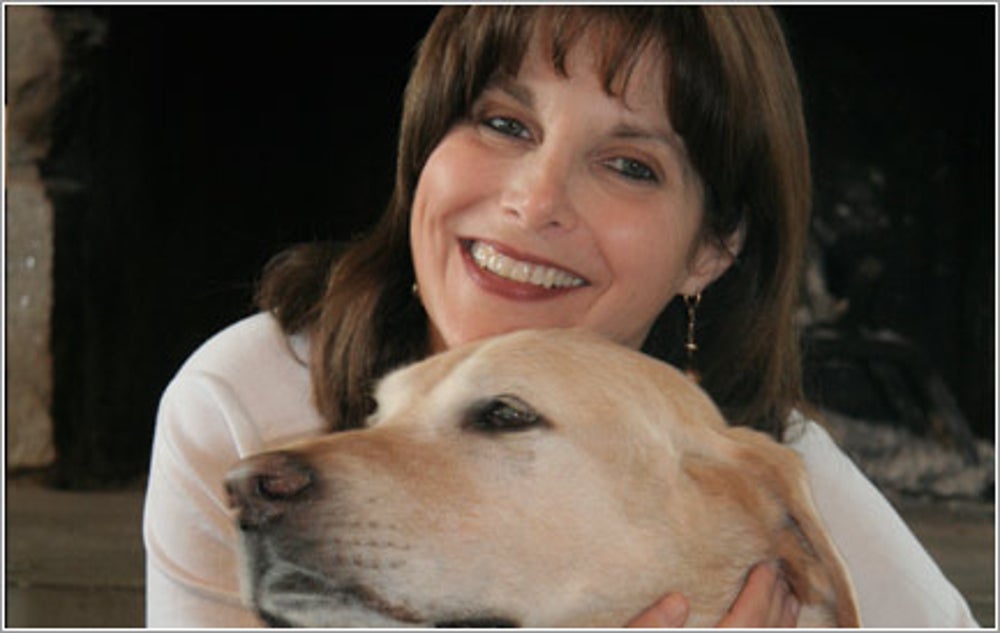 Jill Boehler had always been an entrepreneur at heart. She felt her heart break time and time again as her ideas were brought to life by others who "had the guts to go for it." One hot summer day two years ago in Maryland, the former speech pathologist's regrets met an icy doom at the hands of a cranked-up restaurant air conditioner. "That was my moment of inspiration," Boehler says. "I was going to invent a wrap to be kept in a woman's purse just for these situations." She did just that, made $150,000 the first year and expects to hit the $1 million mark this year. 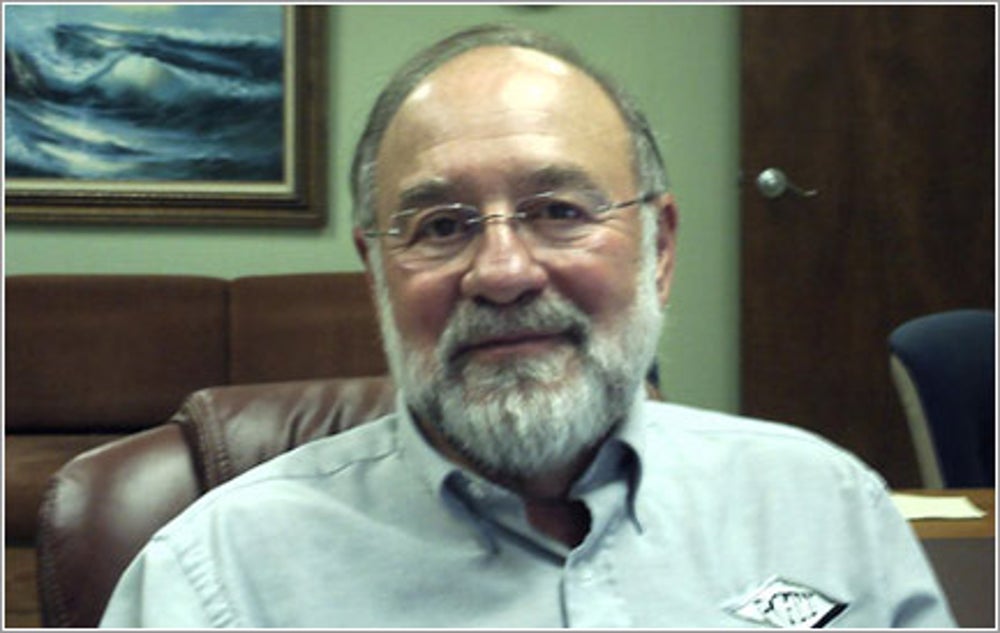 In 1996, the weekend of his son's wedding in San Diego, Mose Ramieh was sitting on the beach when he decided it was time he made a major life change for himself. "As I pondered what to do, I looked back at the previous 18 years and realized that I had been successful in making these companies grow and could see no reason that I couldn 19t do it for myself," the former energy company executive says of his decision to start Nashville-based Power and Generation Testing Inc., which, as the name might suggest, tests and maintains electrical distribution systems. Now his 10 employees, most of whom have been with him since he started the company, make the millions for him. 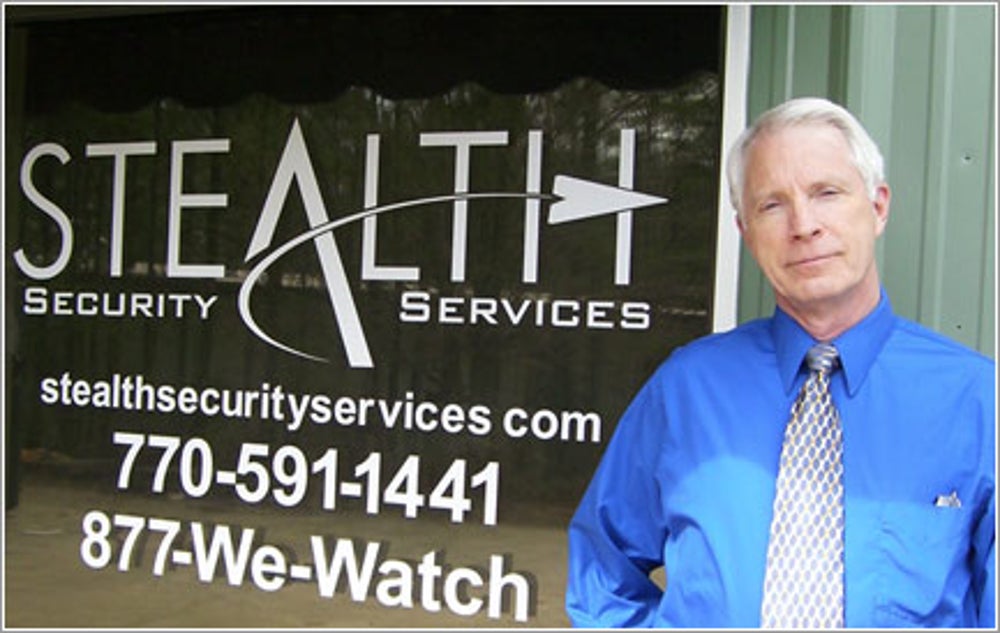 Spending 25 years as a technician with the same corporate video surveillance company taught Ray Simmons all he cared to know about how not to treat customers. He didn't just think he could do better--he knew it. "I was absolutely tired of all the corporate leaders burning bridges year after year," he says. "I saw the effect it had on the business, and I aimed to do better." So, at the age of 52, he started Stealth Security Services in Murietta, Ga., and turned all his attention to customer service. The customers are responding--Stealth brought in $2 million last year. "I keep my customers close so I can keep my customers." 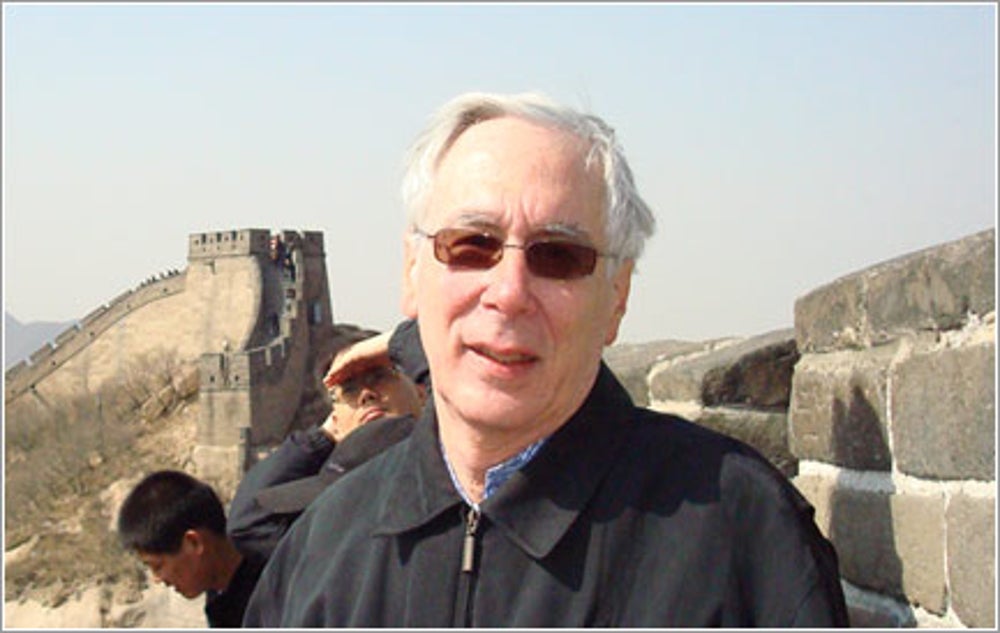 Spencer Koppel thought about retiring around the time he hit 60. But 25 years as an insurance actuary buys some serious geek cred, and he was eager to cash his in. So instead of taking up golf, Koppel decided to take his years of analytical training and use them to help fellow geeks find true love online. Geek 2 Geek, started five years ago in Chicago, now has more than 60,000 members. Koppel's shooting for $400,000 in revenue this year, and because he's a one-man show with only server and site maintenance costs to worry about, that's more than enough to fund the one traditional retirement activity he's more than happy to try: traveling. "That's an advantage of the business I run," he says. "All I need is my laptop and an internet connection to run the site from anywhere in the world." 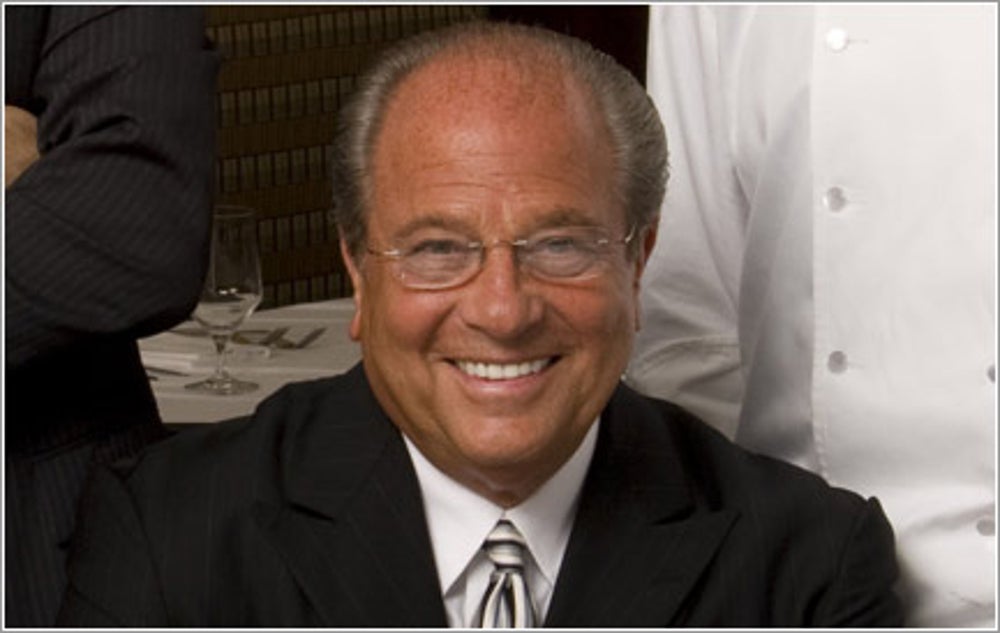 Sometimes, the best way to make the most of a successful career is by becoming affluent enough to finally do what you really want. So for Michael Dene, a lifetime of success in his family's lighting business was a funding pipeline to his dream of owning a restaurant--and the Sundays he spent cooking for his neighbors in Brooklyn served as the perfect dress rehearsal. Dene opened Michael's on Naples in 2007 in an exclusive area of Long Beach, Calif., after two years of preparation. His deft balance of business sense and culinary sensibilities--among other things, he flies fresh fish in from the coast of Italy every day--suggest he was a chef at heart all along. "Really know your product and make sure that all vendors are giving you their finest materials at the best price available," he says.  "When you 19re good to your vendors, they 19ll usually be good to you." 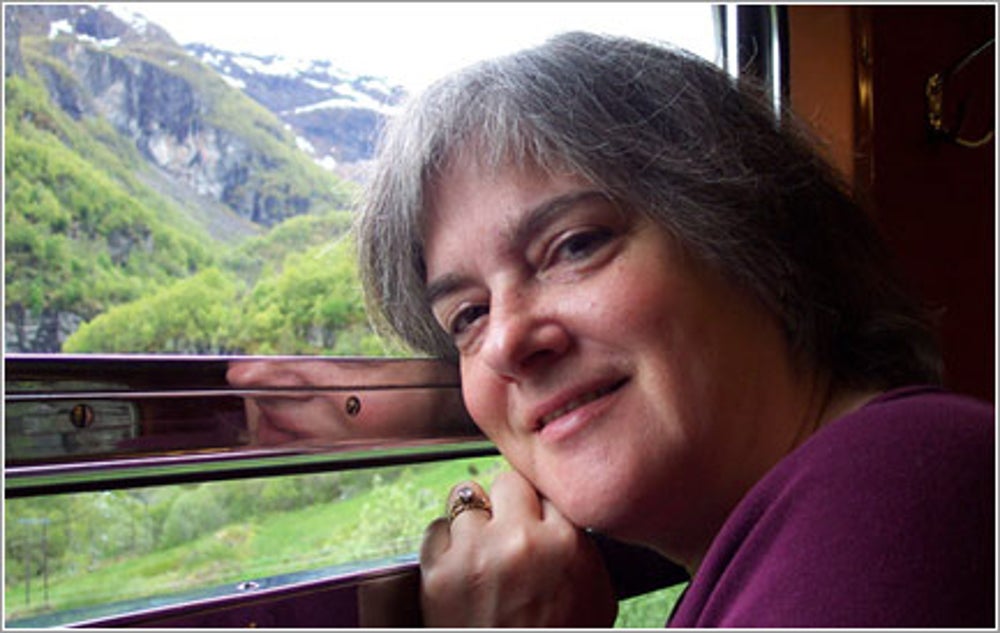 The book business isn't what it used to be, but Robin Blum has found a way to make her mark--or at the very least, her bookmark. After a long career working for a children's book publisher, Blum started In My Book in 2000. The company makes greetings cards that feature pithy literary puns and double as bookmarks. "It hasn't been an easy time for the book business, but I've received a great amount of personal satisfaction from having created a new and unique sideline product for booksellers and librarians and am happy to report that the market for these cards is still vital," Blum says. The Brooklyn-based company's products are sold in more than 450 independent book stores throughout the country. 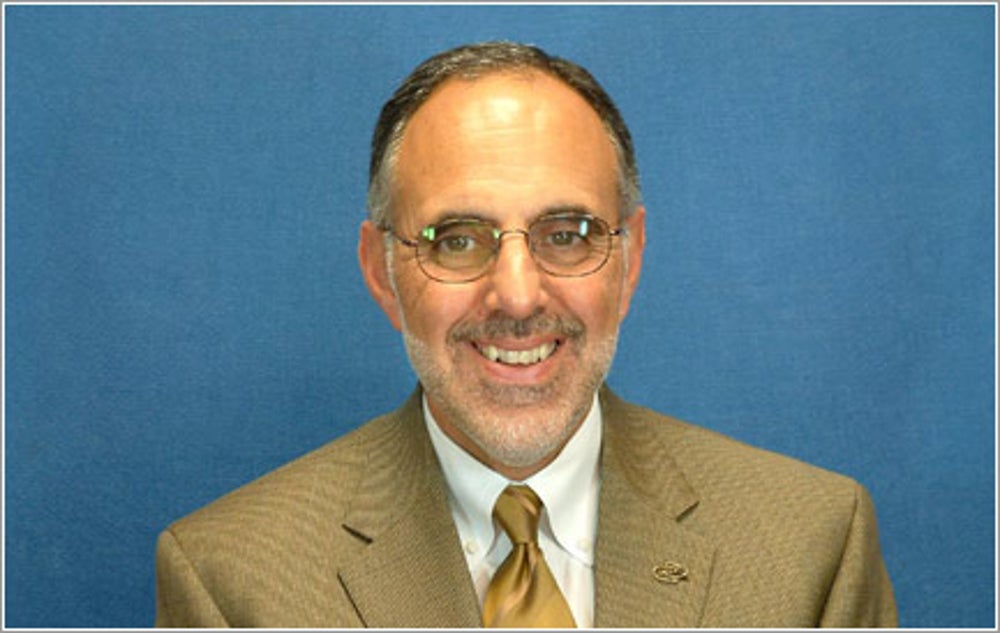 Renal Solutions Inc.
Most entrepreneurs will tell you it's something that's in their blood. For Pete DeComo, entrepreneurship is in other people's blood. DeComo spent more than 25 years in the health sciences industry before starting Renal Solutions Inc. in 2000. The company has revolutionized the kidney dialysis process both for the patient and the environment by allowing patients to undergo dialysis at home while they sleep using only six liters of tap water. DeComo guided the company through the FDA approval process and two versions of the system before selling it in 2007. "The Vietnam experience taught me to handle stress in a way that most people never experience," DeComo says. "To this day, when I feel a little stressed in my startup role, I say to myself you handled that, you can handle this."
More from Entrepreneur