From burning CDs to avoiding burnout, these musical entrepreneurs have found new ways to make a profit.
Next Article

Stay informed and join our daily newsletter now!
May 27, 2010 min read
Opinions expressed by Entrepreneur contributors are their own.

From burning CDs to avoiding burnout, these musical entrepreneurs have found new ways to make a profit. While many music artists have found ways to make money by lending their cache-laden names to various products and companies, a pioneering few have taken the next step by launching their own product lines and even entire businesses. Take a look at these examples of the off-stage business lives of a few on-stage stars. 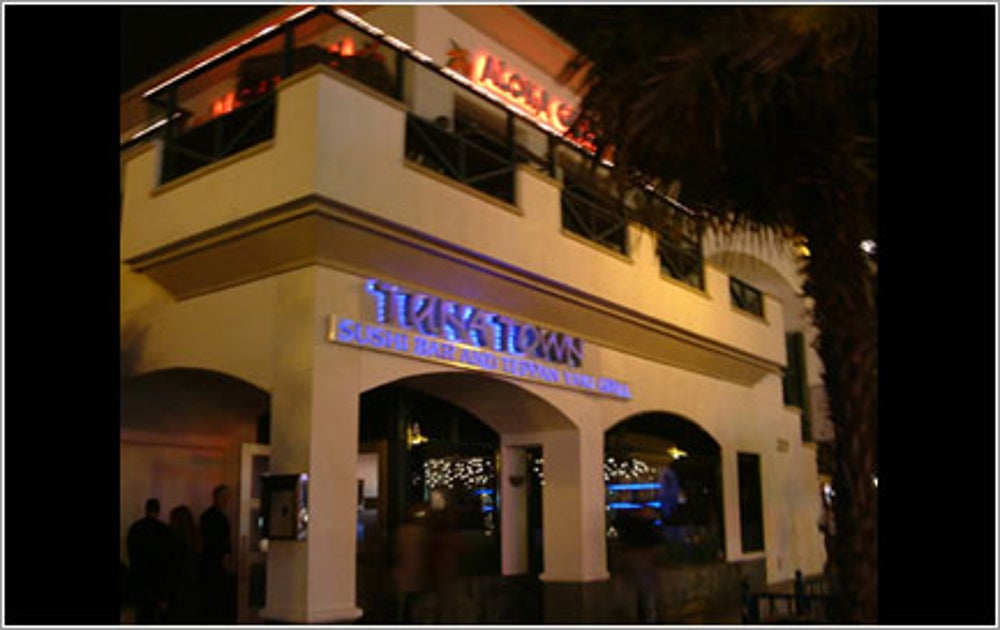 As a past winner of Drum! magazine's readers' poll for "Drummer of the year," Korn's David Silveria doesn't need to do much more to gain cred in the biz. Maybe that's why he decided to try his hand at something as different as...sushi? Now, as the owner of Tuna Town, a sushi bar and teppan yaki grill restaurant, Sylveria can pound out sashimi as fast and furiously as he pounds out Korn's signature slaying beats. With its hip décor and the ability for customers to view various dishes from any angle on their website, Tuna Town is taking sushi to the next level, just like Silveria's done with drumming. 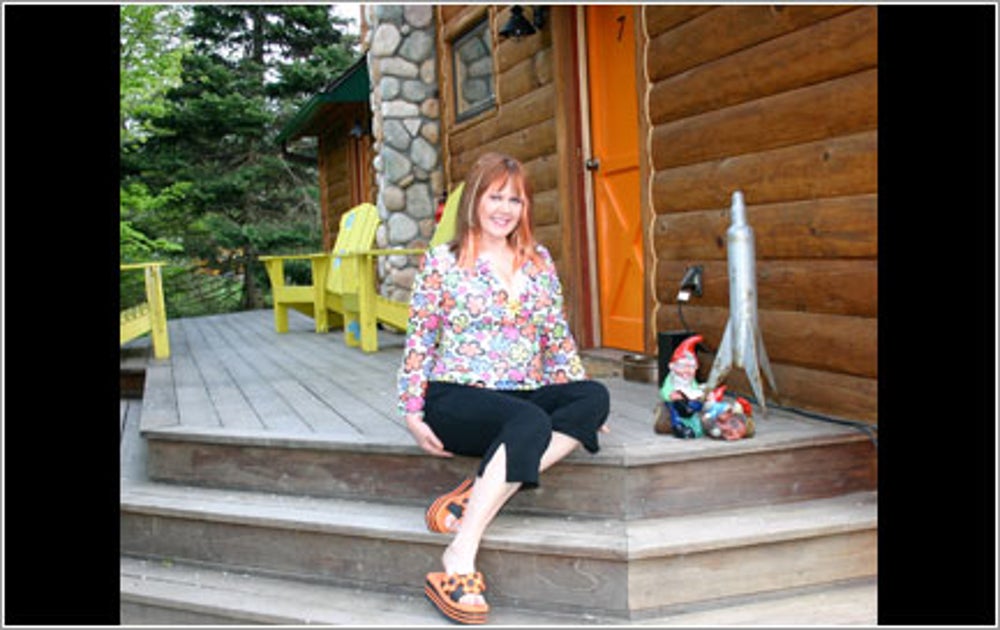 Though she may be known for rockin' the "Love Shack," when B-52 Kate Pierson wants to unwind and escape from "Planet Claire," she drives out to her own self-designed, self-managed getaway in the Catskill Mountains in upstate New York, the mid-20th century-decorated Lazy Meadow Motel. "Initially, I just wanted to make a real estate investment," explains Pierson about her reason for buying land in the Catskills. "An agent showed me this, and I instantly fell in love with the land." Although the hotel business represents a new venture for Pierson, her stint with the B-52s prepared her well: "The B-52s' motto has always been to do stuff we like and make it fun and have fun doing it, and that's what I applied to this," she says. "I have had so much fun doing this."

Helping Other Artists Get Online 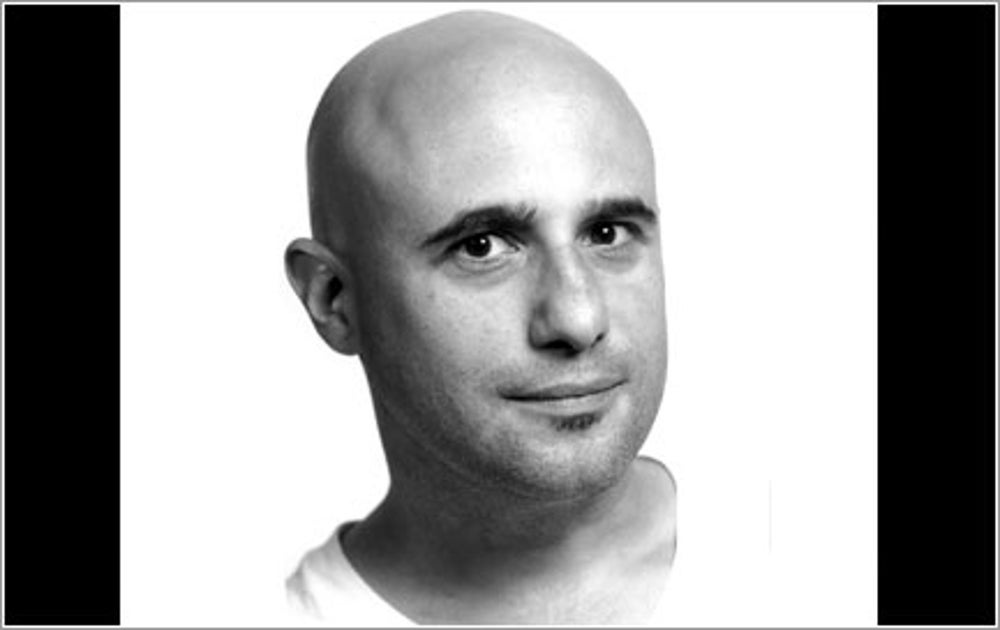 As the head of popular indie band Jim's Big Ego, Jim Infantino knows what touring musicians need to help keep their career afloat and their image up. That's why he created SLABMedia, a DIY website program that allows even the busiest artists to keep fans updated at all times, even from the road. Since launching in 1999, SLAB's client base has expanded beyond the music world to game companies and other entertaining entities. Though Infantino himself may be "Addicted to Stress," his company helps other folks keep their egos big and their headaches small.

Bassist Teaches the World to Sing 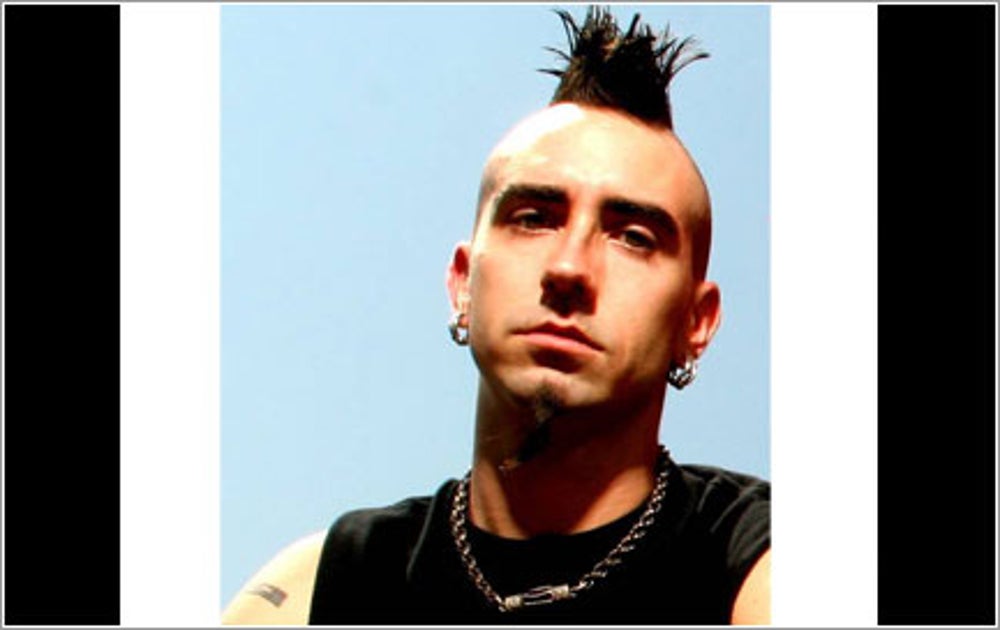 Recently back from spending some time in Asia, Presence bass player DJ Stange wants to introduce other Westerners to the places and cultures he says he's fallen in love with. Having already started a successful production company, Stange launched North Star Journeys, a travel company specializing in trips to Asia, to satisfy his desire to help people in other lands--the company helps local individuals in the destination countries start their own businesses. Despite the so-called "ungodly hours," Stange is dedicated to his cause and determined to stick with it. 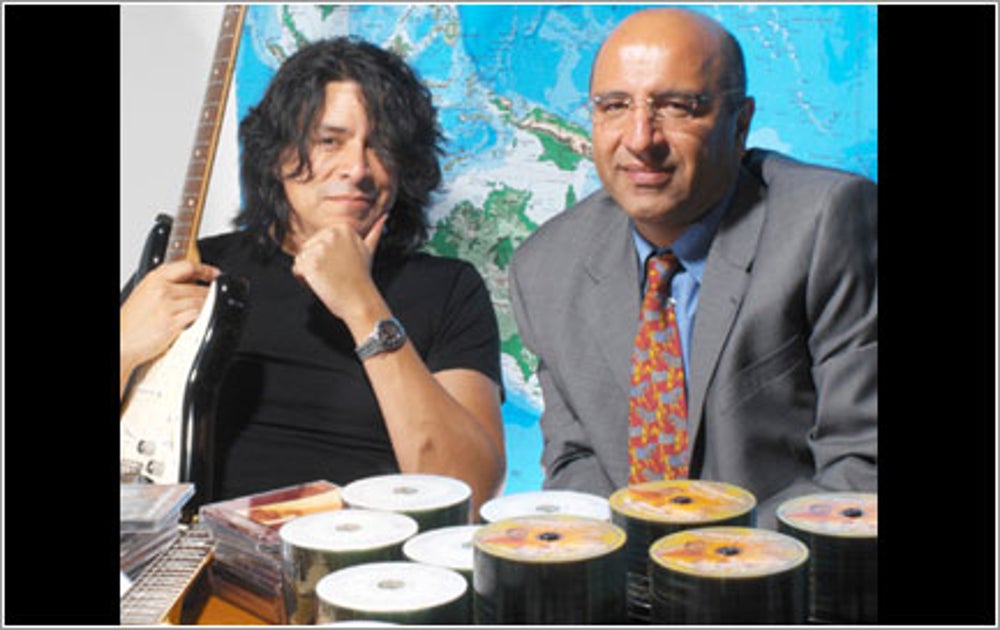 After scoring popular hits with Great White such as "Once Bitten, Twice Shy" and "House Of Broken Love," Anthony Cardenas (left, in photo) went looking for something else to do. "It just wasn't fulfilling anymore," says the rock bassist, "so I started toodling around with computers and found another passion. I loved the whole tech thing!" In 2002, he joined forces with partner Ben Abadi (right, in photo) and they launched DiskFactory, a CD production company that's a partnership of music and technology that would help musicians turn out short runs of CDs with pretty quick turnaround time that would get radio-ready CDs on their doorstep. But Cardenas is still a rocker at heart. "I still play," he says, "but the company allows me to stay in touch with and help my friends. And it's nice to be involved with all these new artists--that keeps me on my toes--my 40-year-old toes!" 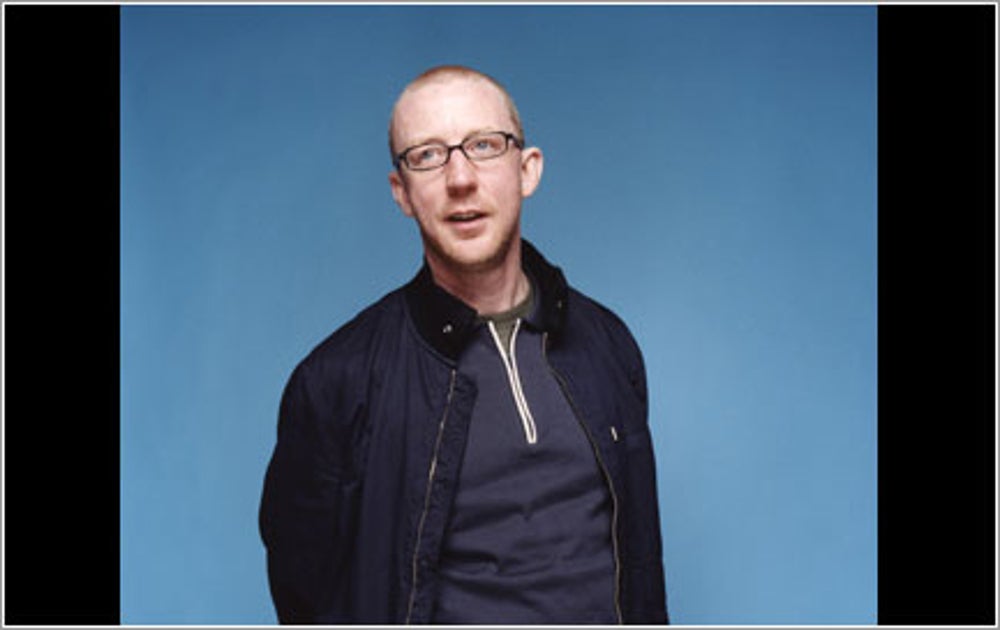 As the menu of media outlets and opportunities continue to grow, there's still room for the ambitious and artistic to make their mark on the forefront of technology. But more important than creativity and foresight, says Blur drummer-turned-TV executive Dave Rowntree, is a touch of ego. "The basic motivation for doing this project," explains Rowntree when asked about his new made-for-mobile technology animation series Empire Square that plays on fuse TV, "came from the fact that I and the two other co-creators are megalomaniacs and we all wanted our own TV show." Purported to be "the nation's only music-centric, viewer-influenced television network," fuse features music videos, concerts and artist interviews all "rooted in the music experience." And while Rowntree's sure that fuse would love it if he moved into their offices permanently, he has another project that takes up a good deal of his time and energy. "My full-time job here is directing the voice actors and the animators," he explains, "but Blur still takes over." 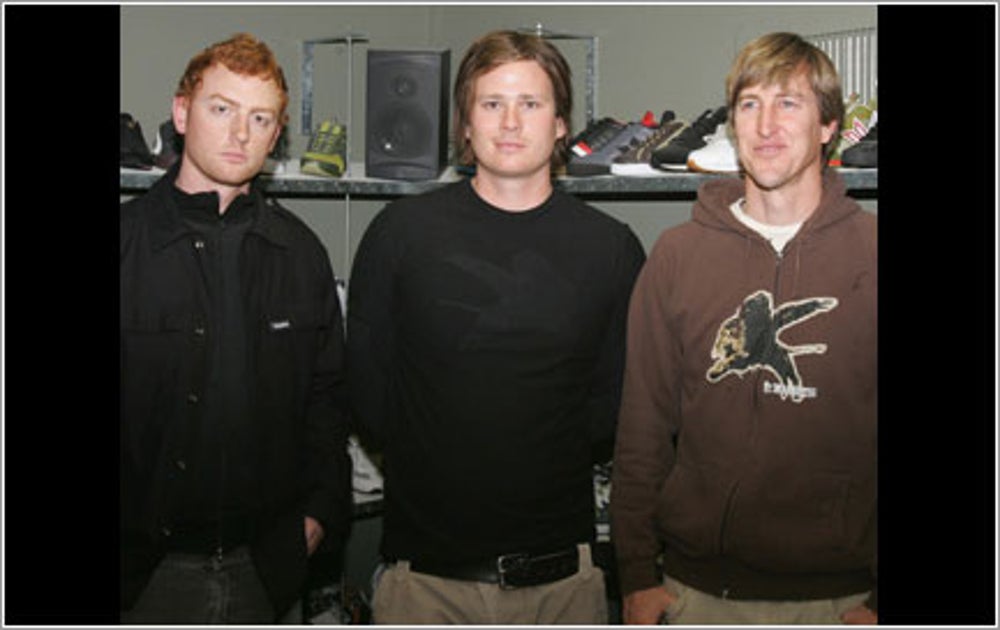 While many artists like to put their name and money behind companies that create clothing and lifestyle accessories for musicians, few of them are involved with companies that are almost entirely operated by musicians. But MACBETH Footwear and Optics is such a company. "For decades, there've been companies that tie into lifestyle," says MACBETH founder Tom DeLonge (center, in photo), former guitarist with Blink-182 who's now with Angels and Airwaves. "There have been many for action sports, but the other side of the coin is music. For the first time, we're trying to build a whole company based on rock and roll." DeLonge hopes to have MACBETH become one of the world's leading footwear and apparel companies, but with a twist. "We want to make a company that can rival Adidas," he says, "but one that's not based on soccer players but on musicians who have the passion for music." 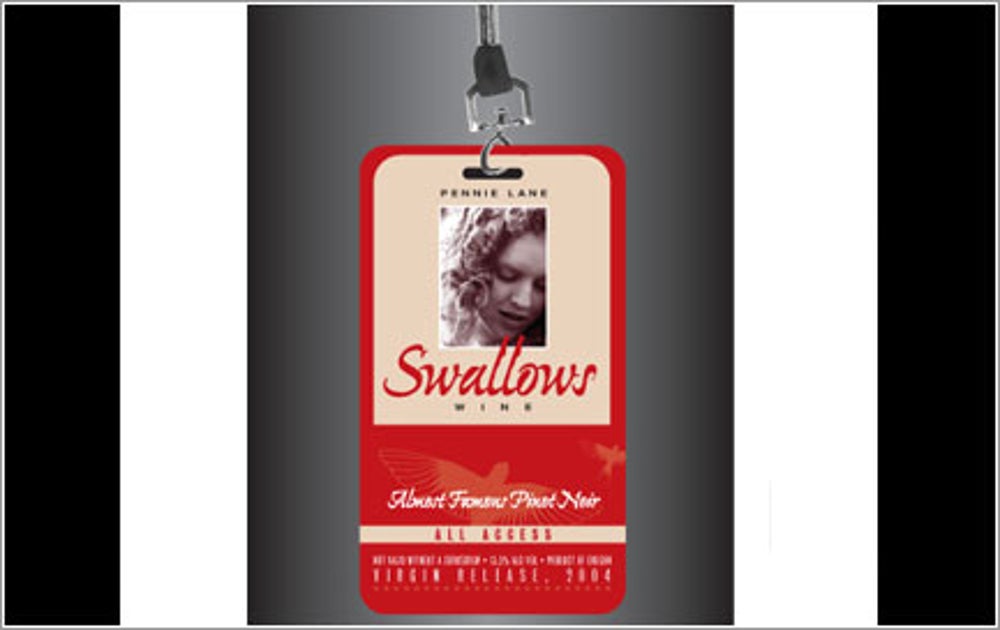 Yes, it's that "Pennie Lane"--from the movie, Almost Famous. Turns out this musician-aholic now has them coming to her! Starting with her eponymous retreat for musicians just outside of Portland, Oregon, Lane (nee Trumbull) has used her cred in the biz to create quite a business--actually a string of businesses-- for herself! In addition to a line of wines from her own vineyards, this long-time marketing consultant also raises free-range lamb and European sporthorses on the property. "The wine has been very well received," Lane says, noting that the first vintage was sold out before it even hit the market, "and the conference center is already booking for 2007." 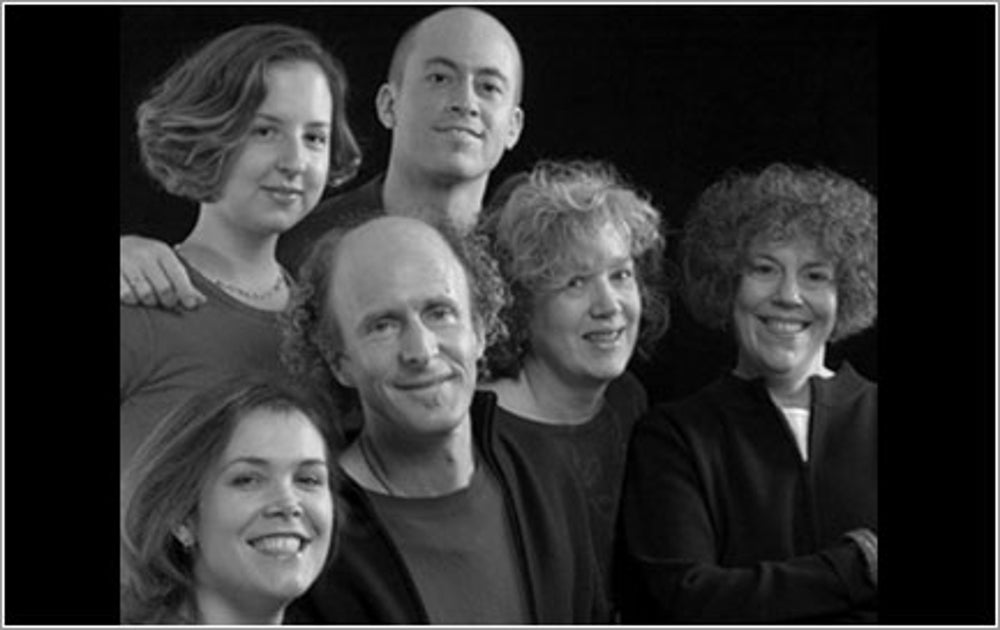 Having worked his way around the world as a solo pianist, band member and accompanist, award-winning artist Bert Seager (front row center, in photo) came back home to Boston to offer his expertise to other musicians. For the past 25 years, Music Management has set the standard as Greater Boston's most trusted entertainment resource. In that time, they've built up a roster of more than 100 artists, DJs and ensembles who perform regularly at such esteemed venues as the Four Seasons Hotel, both the old and new Ritz-Carlton properties, and the Museum of Fine Arts. 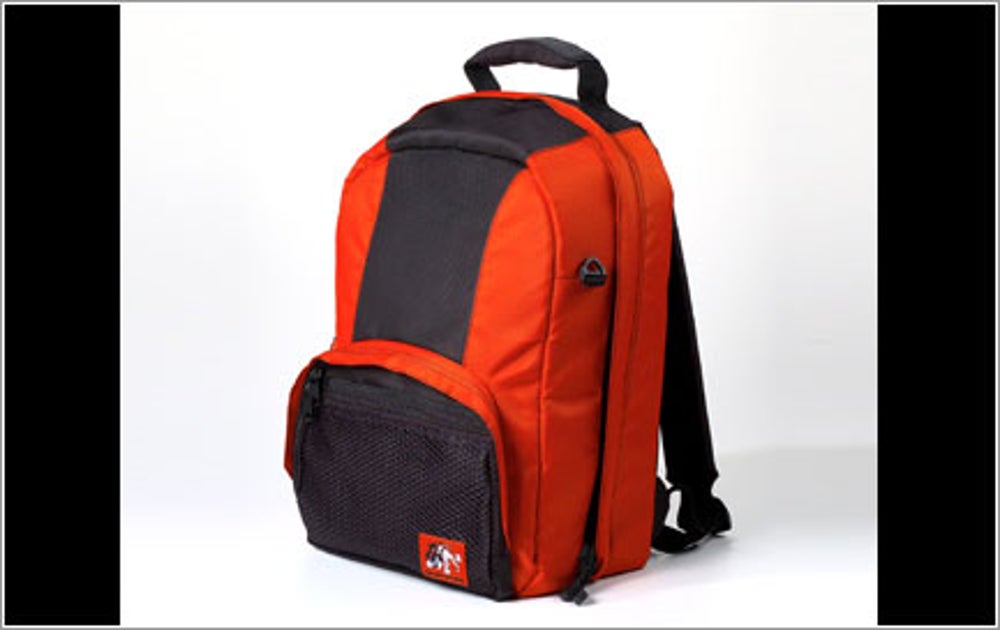 Working with the Rolling Stones, Aerosmith, Britney Spears and Madonna taught Marty Callner a lot about dangerous situations. Now he helps himself and others with his "Ready Freddy" emergency preparedness kits. From light and communications equipment to food and water, there's a kit that'll have you ready for every perilous occasion. And whether kept on your person, in your car or under your bed, these life- and money-saving backpacks help ensure people are prepared for anything.

Guitarist Sells What He Knows Best 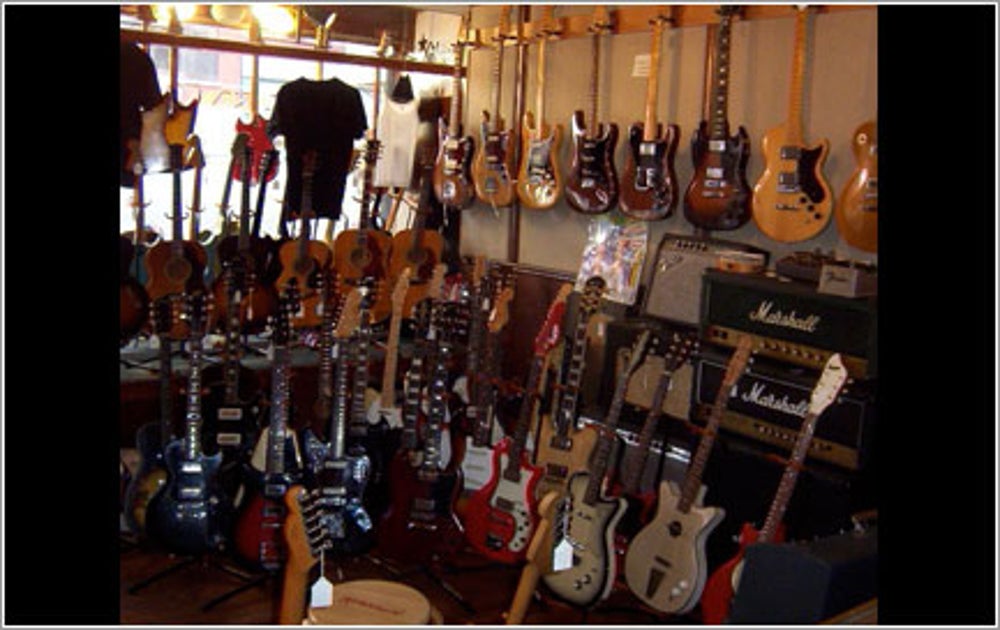 As the guitarist for NYC Smoke and other bands, Howie Statland is well versed in the ways of the six string. When a friend opened a guitar store where Statland's band Thin Lizard Dawn rehearsed, Statland eventually decided to try his hand at management and bought the store. "I've really watched the store grow and thrive," says Statland, who's been in charge at "NYC's best little guitar store" since 2005. "I now travel the country looking for vintage guitars and playing shows with my band." Selling guitars not only allows Statland to find the best in vintage sounds, it also allows him to foot his touring expenses. "It pays my bills and helps fund the band," he says. "It all works out." 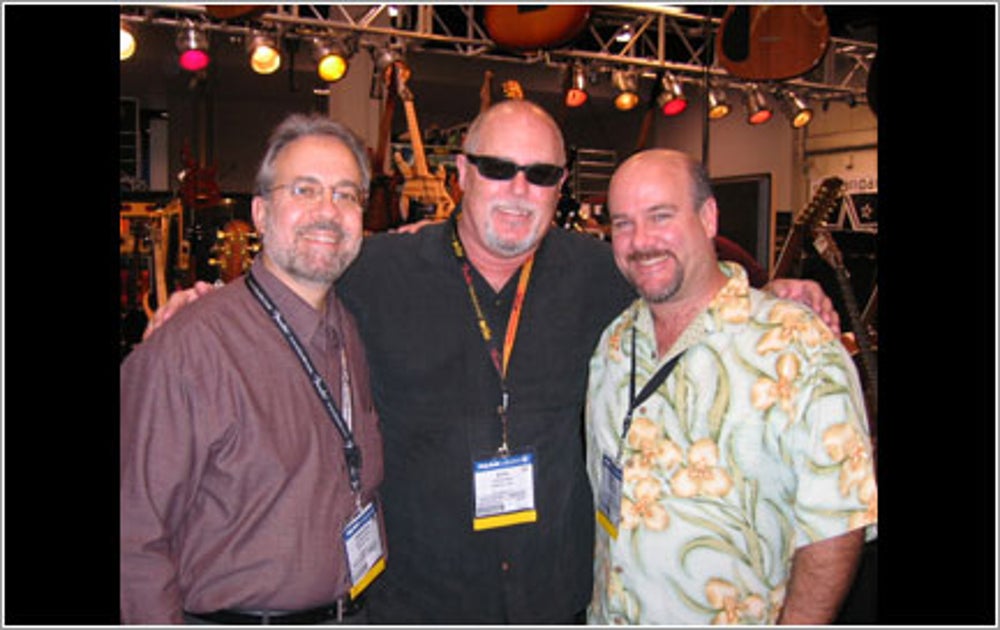 As the man who co-wrote the pioneering Top 10 hit "Little Girl" at age 18 (a credit that has earned him a place in the Rock and Roll Hall of Fame), Don Baskin had to learn early on how to protect his music. Small wonder, then, that Baskin now works with pioneering technology that helps other artists do the same. Using radio frequency identification devices (RFIDs), SNAGG Microchip, an instrument-protection device manufacturer, helps musicians keep track of their instruments and protect them from theft and damage. From Chicago pianos to Fender guitars to Josephus harps, many brands now come standard with SNAGG technology.