You may think these ideas are hare-brained, but these entrepreneurs have tapped into their own kooky niches.
Next Article

Stay informed and join our daily newsletter now!
November 5, 2010 min read
Opinions expressed by Entrepreneur contributors are their own.

Sometimes, crazy ideas pay off. Here's a look at some seemingly off-the-wall ideas that became a success. 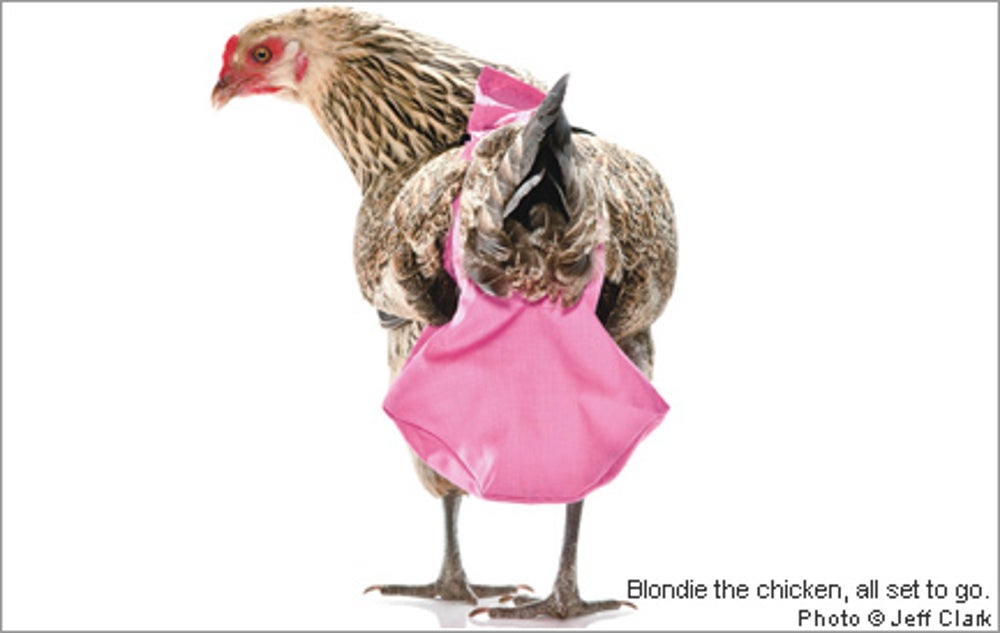 When Ruth Haldeman moved to rural Hot Springs, Ark., she took in a couple of orphan chickens. Turns out chickens poop a lot. In the interest of keeping her home clean, she fashioned a few cloth diapers with disposable liners. She built a website and bought a few bolts of fabric and started taking orders. "My little venture took on a life of its own and dragged me willy-nilly into it," says Haldeman. 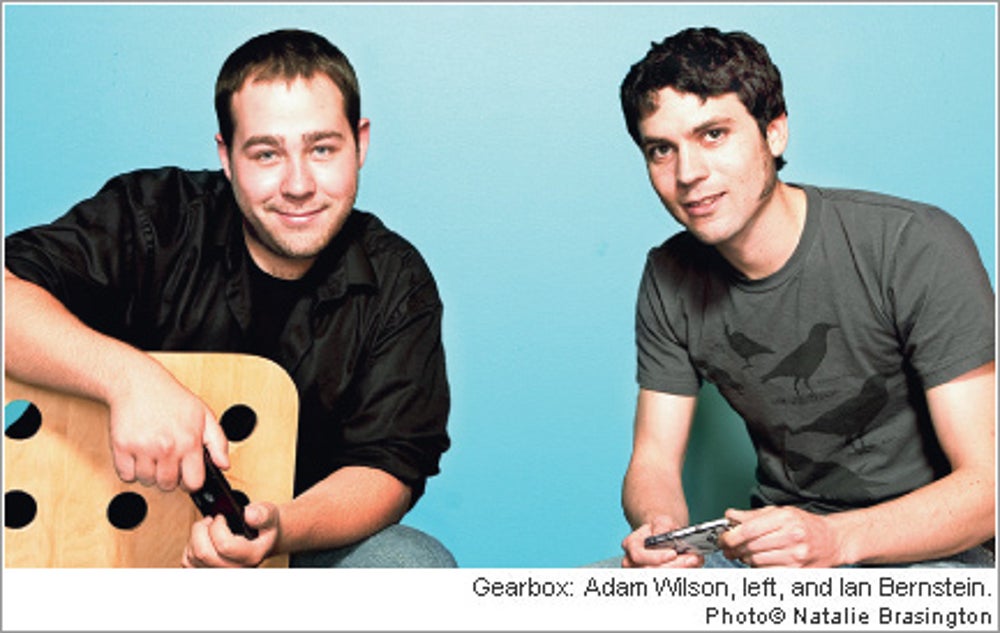 Friends Adam Wilson and Ian Bernstein wanted to create a new toy. "We can make a remote-control car that we could sell that day, but I've never seen a robotic ball," says Bernstein, who founded the company along with Wilson. With an initial investment from Bernstein's father, they got started. In May, Wilson and Bernstein were accepted into TechStars, a mentoring and seed-capital program in Boulder, Colo. Recently, they closed their first round of financing with an injection from Boulder, Colo., venture capital firm the Foundry Group LLC.

Related article: How They Roll 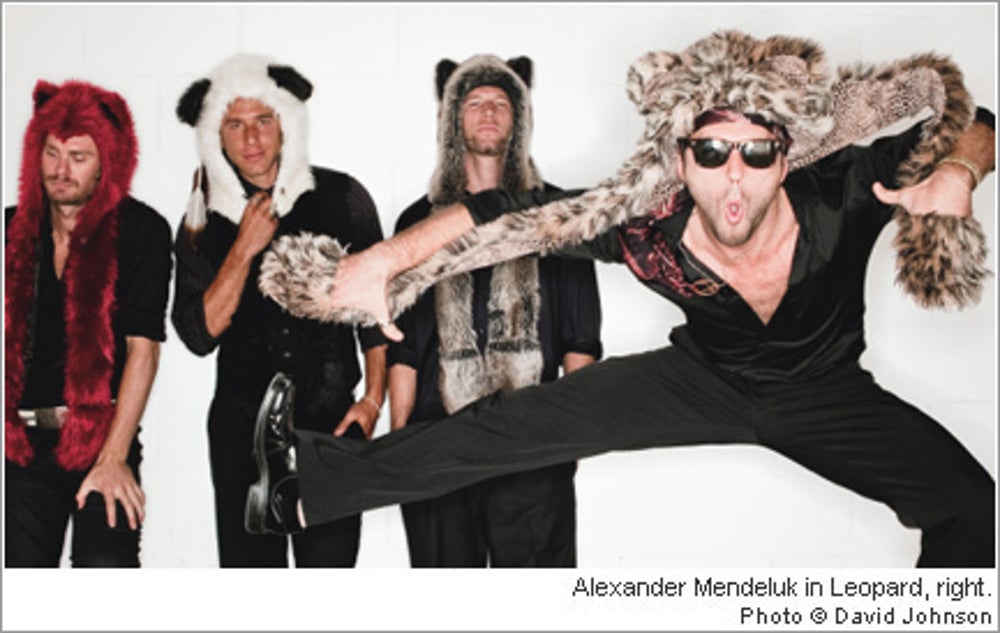 Alexander Mendeluk was looking to do something special. The result was a bobcat hood that stunned the crowd at a Hollywood party. So Mendeluk teamed up with friends Ashley Haber, Marley Morotta and Chase Hamilton, who ponied up the first $10,000 of seed capital. Since launching their brand at the Pooltradeshow in Las Vegas, Spirit Hoods have become a hot commodity among celebrities such as Ke$ha, members of the Black Eyed Peas and Kanye West. Between the 40-plus accounts in the U.S., Canada and Japan, Mendeluk says, "we are moving thousands of units" and expect sales to top $1 million for 2010. 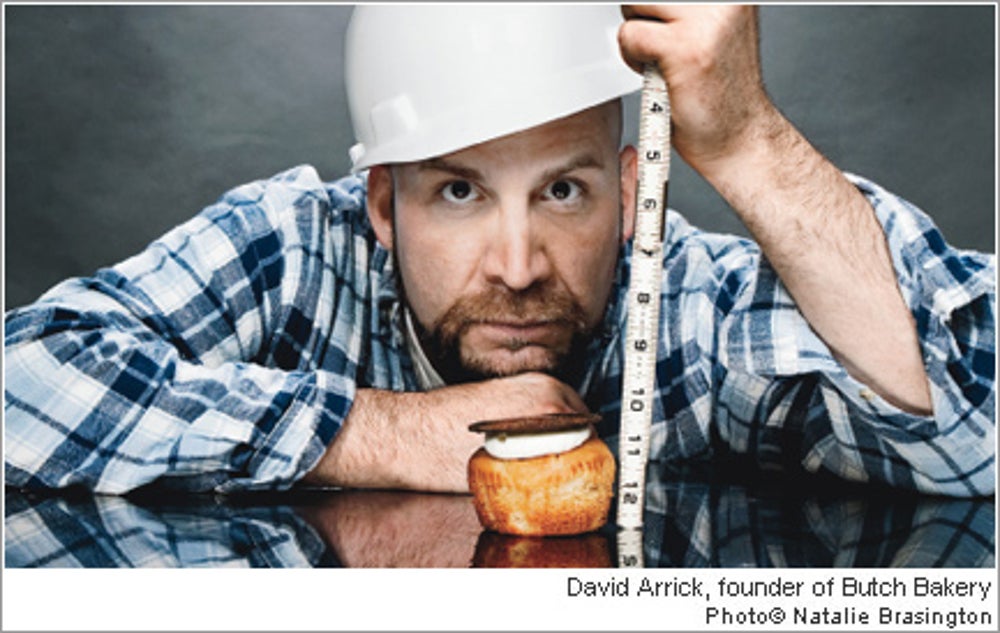 David Arrick was a laid-off real estate attorney trying to figure out what to do with his life. Then one day, walking past a line of people waiting outside Magnolia Bakery in Manhattan, he wondered "where's the boy bakery?" He decided to get in on the cupcake craze, cashed out his 401(k) and maxed out his credit card to get started. Soon came the "B-52," a Kahlua-soaked cupcake sporting a camouflage topping and the "Beer Run," a chocolate-beer cupcake with beer-infused buttercream and crushed pretzel sprinkles. He began with just a website and deliveries to Manhattan, Brooklyn and Queens, N.Y., and has plans to open a storefront. He recently inked a sponsorship deal with the Breville stand mixer and has a forthcoming a cookbook with John Wiley & Sons.


Chic and You Shall Find 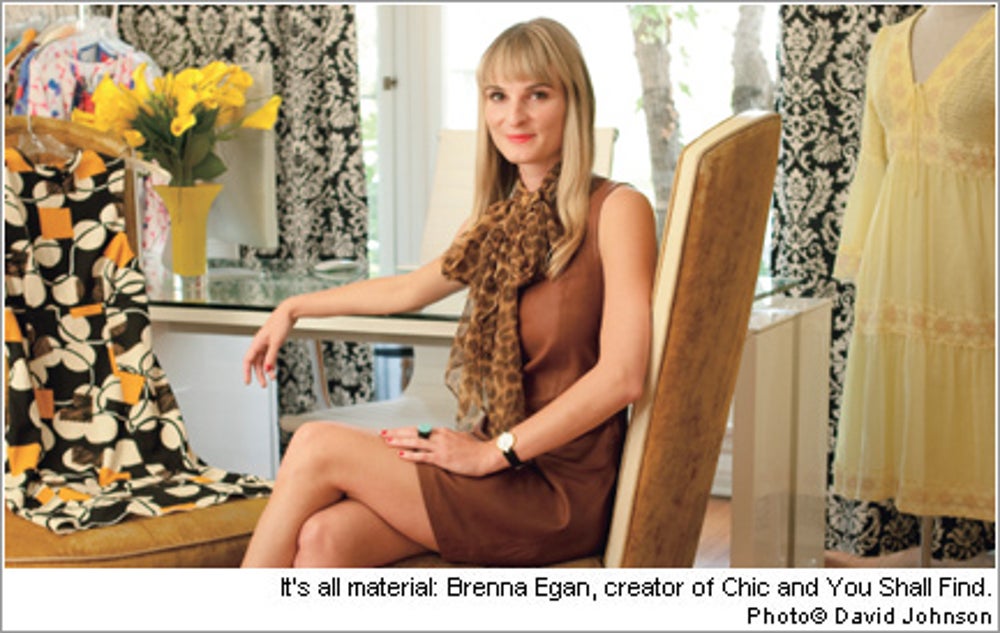 Company: Chic and You Shall Find, Los Angeles, 2010
Business: Online vintage clothing boutique where every garment has a "past life"

A former fashion editor for OK! magazine and fashion assistant at Vogue, Brenna Egan launched an online vintage clothing boutique, which includes a lovingly written "past life" description for each article of clothing. Suede shorts, for example, get this treatment: "Tawny had spent the winter cross-country skiing across Idaho and was more than ready to ditch her cold weather garb." Egan, who says her biggest challenge is getting fresh merchandise posted fast enough, is being courted by reality TV producers and working on a novel based on her website.

Related Article: If That Mini-Dress Could Talk 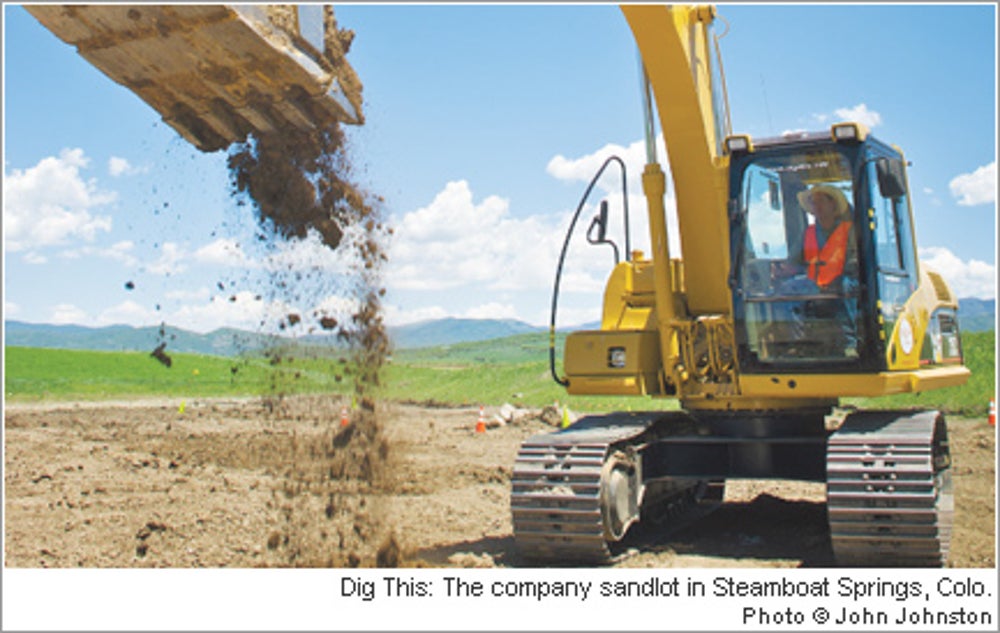 Company: Dig This, Steamboat Springs, Colo., 2007
Business: A construction playground where people can play with heavy equipment such a bulldozers and excavators

While building his Steamboat Springs, Colo., home, Ed Mumm rented some construction equipment to clear the land. The experience -- which he calls an "extensive earth moving operation" -- sparked the idea for "heavy-equipment adventures," and Dig This was born. Three years after launching, Mumm has 600 clients a year paying to play in his five-acre "sandbox." He is finalizing a deal to open a new location in Las Vegas in. "If I get a tenth of 1 percent of the city's 20 [million] or 30 million visitors, I'll be a very happy man," says Mumm.

Related Article: My Sandbox is Bigger Than Your Sandbox 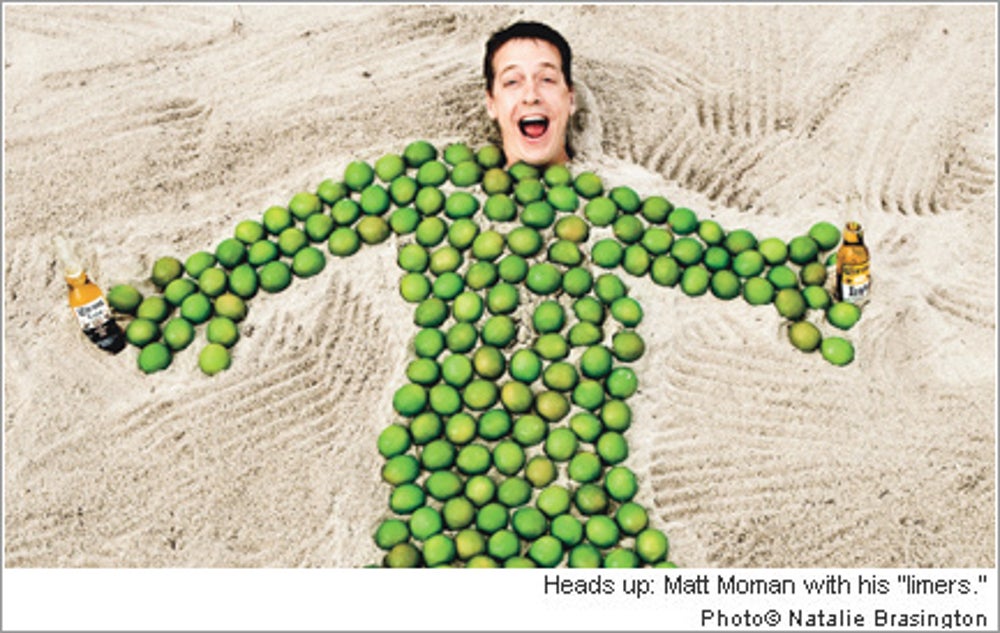 Matt Moman was sipping a beer a few days after spotting some realistic looking plastic limes and it dawned on him: The limes would make a perfect match for the Corona beer brand. He began making prototypes of a bottle opener embedded into plastic limes in his garage and soon filed for a patent. Shortly thereafter, he pitched Grupo Modelo, the parent company for Corona, which decided that The Limer -- officially the New Corona Extra Lime Bottle Opener -- was a perfect addition to the company's line of novelty products. "As long as we avoid the fad factor, this product is here to stay," Moman says of The Limer, which he expects to generate $1.6 million in retail sales in 2010. 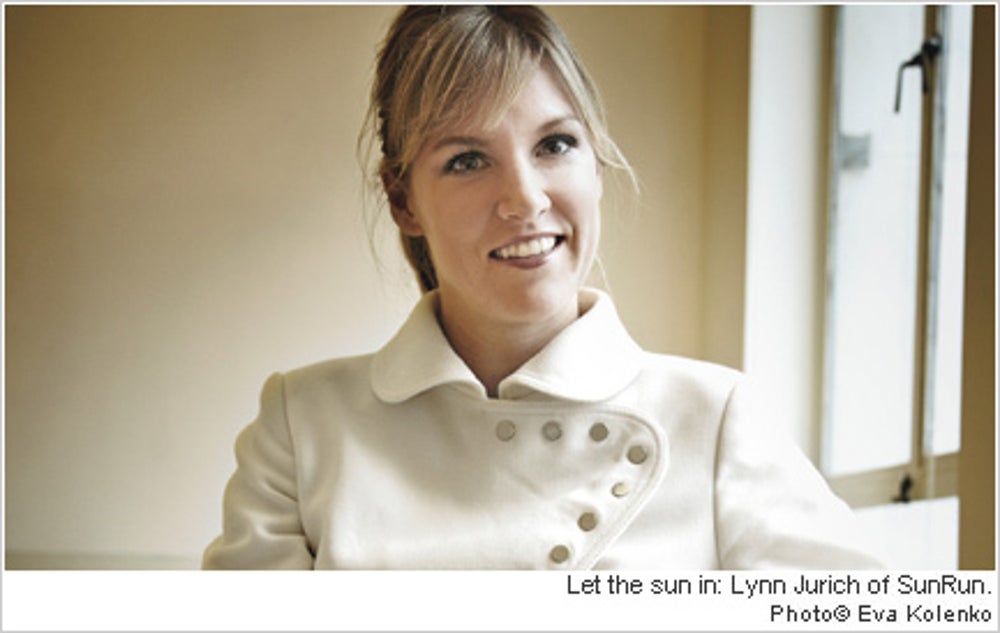 The solar-panel industry was hit hard by the recession, and $40,000 for residential solar panels is a hefty price. Lynn Jurich, co-founder and president of SunRun Inc., saw this change in the industry and offered homeowners the more affordable alternative of leasing the solar panels on long -- term contracts instead. "I'd consider it a financial no-brainer," Jurich says. And she was right. As the solar-panel industry tanked, SunRun saw a 400 percent growth in revenue in 2009. 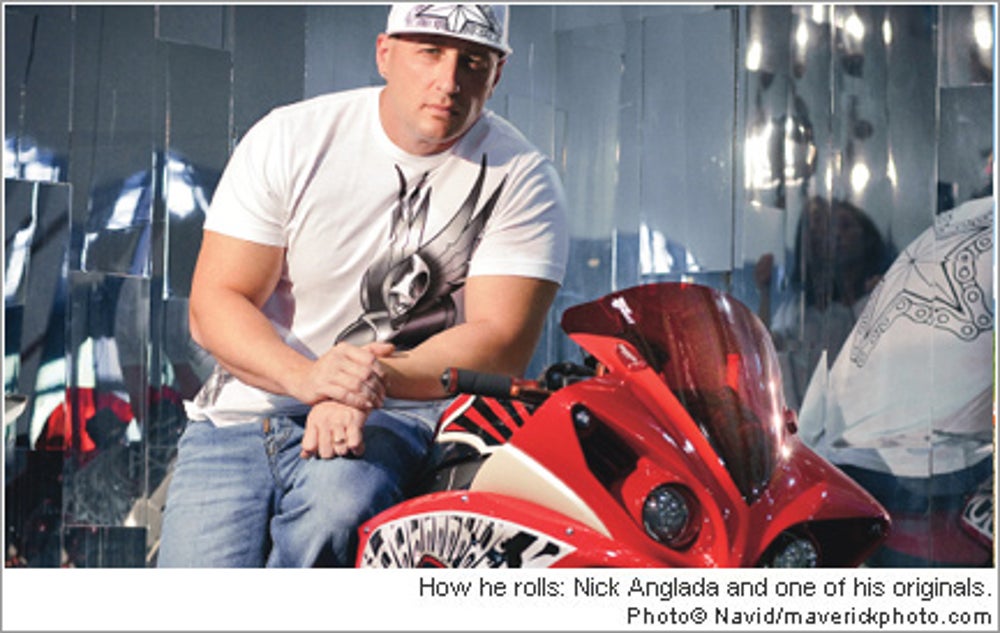 Nick Anglada bought a beat-up old motorcycle and was struck with the compulsion to customize. So he added pinstripes to the body and chrome to the engine cover, wheels, the swingarm and frame. Soon he had people asking him to customize their bikes, too, and his customization hobby turned a full-blown business with blinged-out bikes such as the Ken Griffey Jr., with a glowing gas tank that doubles as a showcase for three autographed baseballs. Nearly two years later, Anglada is being courted by reality TV producers and has customized bikes for celebrities such as comedian Alonzo Bodden and Blink 182's Travis Barker. He also plans to open a new shop and has projected annual revenues around $1.2 million for 2011. 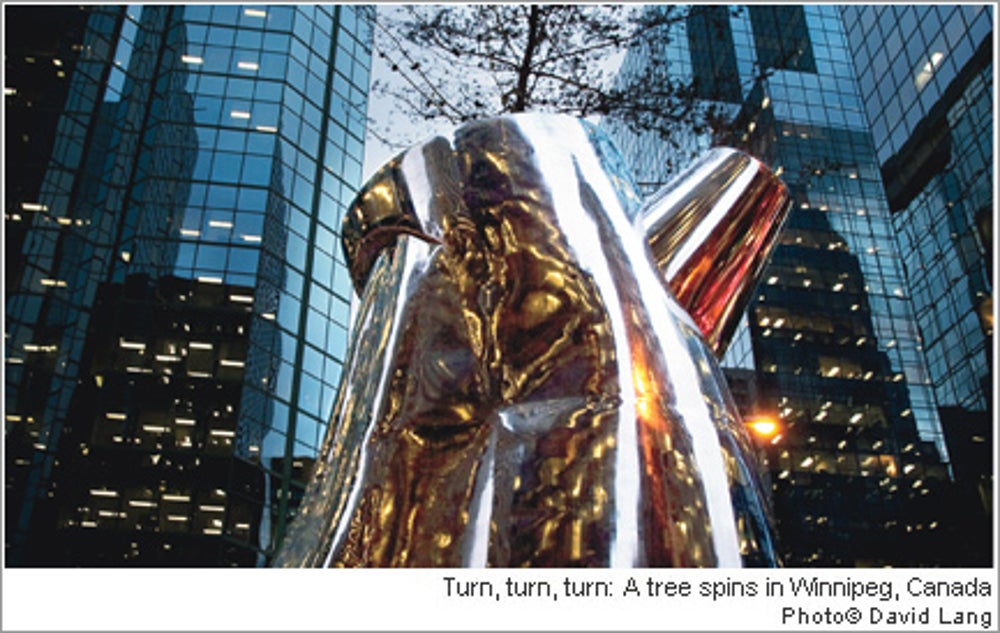 Company: Carousel USA, San Marino, Calif., 2005
Business: Custom turntables for vehicles -- or anything else you want to make spin

John Thomson had a problem. He couldn't get out of his garage without moving his wife's car, and she couldn't seem to get out without breaking her side-view mirrors. The solution: a turntable. Dissatisfied with the available options, Thomson bought a model from Weizhong Revolving Machinery Ltd., a Chinese maker, and redesigned it with the manufacturer's input. Weizhong soon signed Thomson as its exclusive U.S. distributor, and Carousel USA was born. "I thought we'd sell eight in our first year," Thomson says. "We sold eight in our first few months." Now Carousel USA boasts clients such as GM, Toyota and Universal Studios, and annual revenue is expected to top $2 million in 2010.