20 of Boston's Most Innovative Tech Startups

With talent constantly pouring out of universities like Harvard and MIT, and programs like TechStars Boston, Mass Challenge, and Startup Institute Boston mentoring entrepreneurs, it's no wonder why Boston has produced big-name companies like Carbonite, Zipcar, and Trip Advisor.

We hit up VCs, and spoke with entrepreneurs to learn more about what's hot in Boston tech right now.

Some of these startups are more established, while others are just getting their footing.

There are undoubtedly a number of innovative startups in Boston. So please let us know in the comments if you think we missed any.

Rethink Robotics is creating a safe, intelligent robot for manufacturing

Why you should care: Rethink Robotics is aiming to make America more competitive by creating low cost manufacturing techniques and processes. If all goes according to plan, Baxter should be able to work alongside human coworkers and help America better compete against low-wage offshore labor.

The ultimate goal for Baxter is to accomplish more difficult tasks, like fitting together parts on an electronics assembly line. It's also working on software to let Baxter communicate with a conveyor belt, and other machines.


Related: How To Build A Billion-Dollar Internet Company 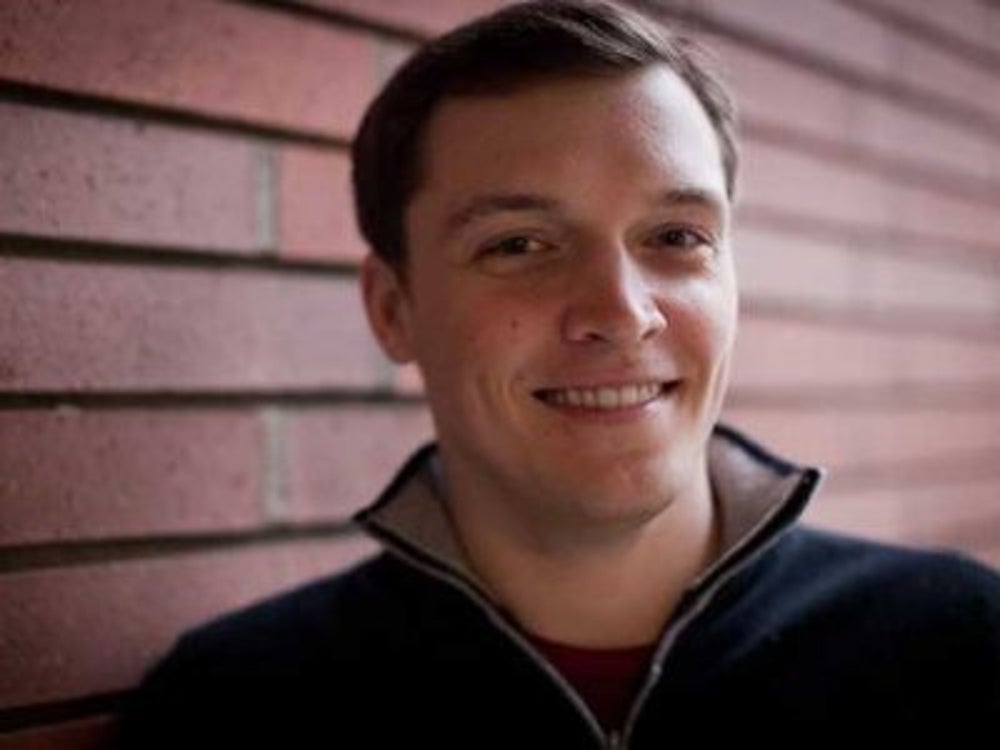 Concept: Location discovery app that pulls in real-time information from businesses. That way, you can search for places only offering deals at the time, or ones with special events.

Why you should care: Spindle is looking to totally reinvent the way we search for things around us in real time.It recently updated the app with Google-Now like technology to push you notifications about places you might like as you walk by them. 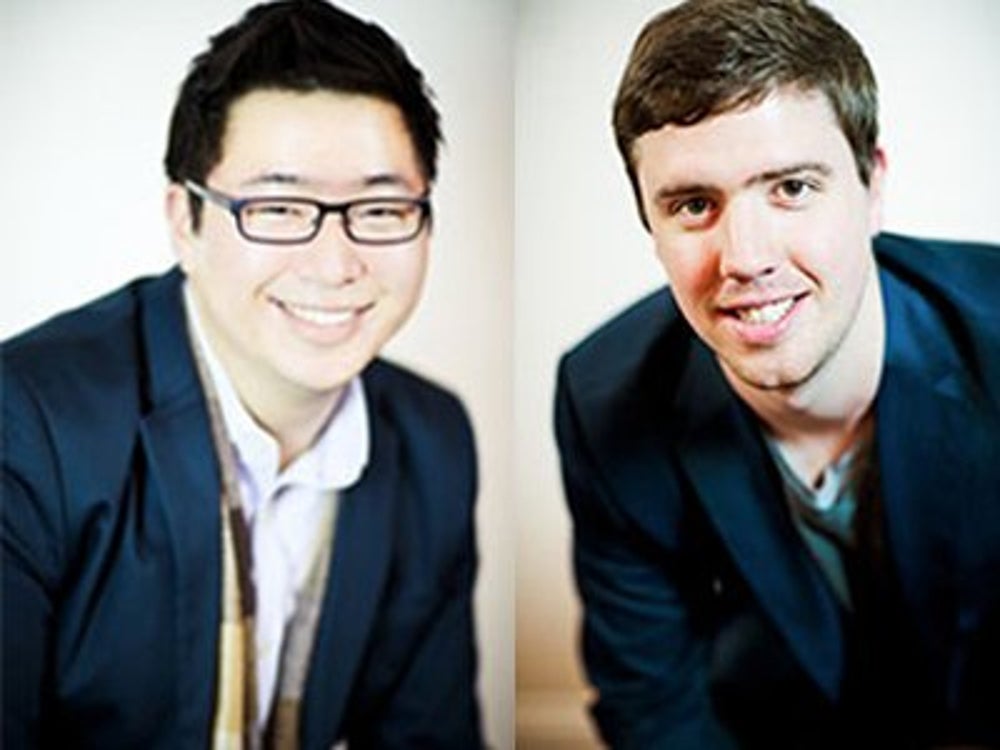 Why you should care: The payments space is getting increasingly crowded, so it's no wonder why Plastiq is targeting industries that have traditionally shyed away from accepting credit cards. Plastiq aims to bring credit card payments to things like paying tuition, taxes, and rent online,

"Primarily, the reason is that the landlords, the schools, and the government don't want to eat the cost [associated with credit card payments]," Plastiq co-founder Eliot Buchanan told TechCrunch in an interview earlier this year. "They don't want to set up the infrastructure to accept the payments."

Already, Plastiq has partnered with the University of Alberta and Mount Royal University, as well as H&R Block Canada for paying income taxes. 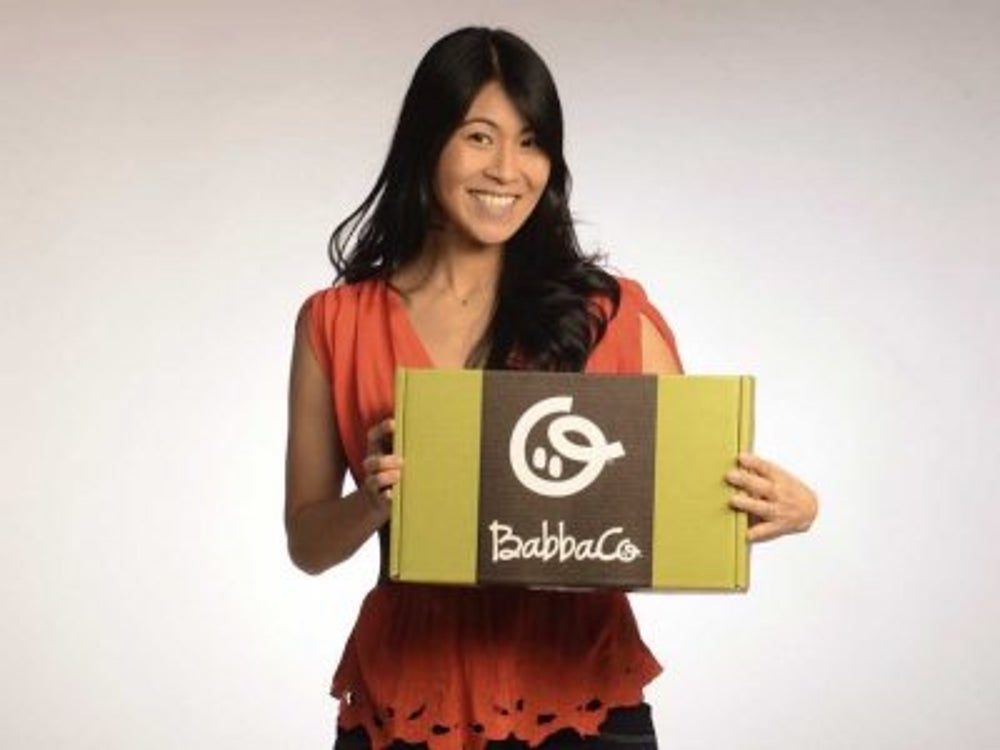 Concept: Monthly subscription box full of curated toys and activities for parents and their 3-to-6-year-old kids

Why you should care: It's aiming to be "the Martha Stweart structure in the parenting space," BabbaCo founder Jessica Kim told LAUNCH back in 2011. Already, the BabbaBox has made its way into the hands of celebrities like Ali Landry, Ashlee Simpson, Tori Spelling, Jessica Alba, and Jennifer Garner. 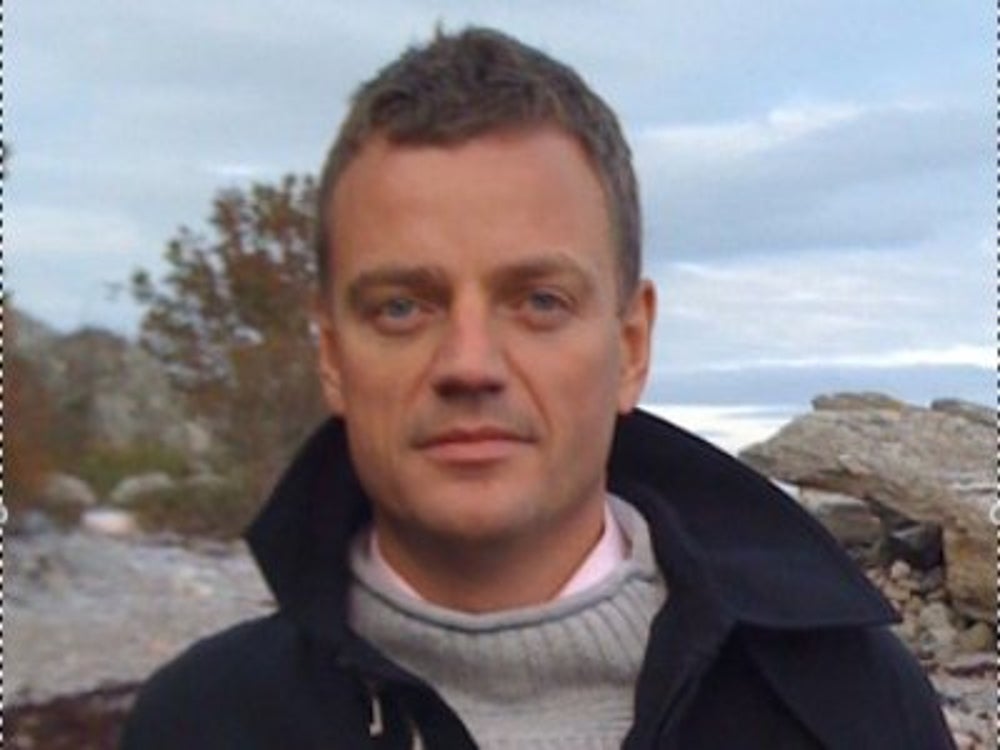 Concept:  Recorded Future captures and compiles data from news articles, Twitter, SEC filings, and other sources, to give its clients a peek into the future.

Why you should care: The world is constantly reporting on itself, but that doesn't mean there's a quick and simple way to find that data and use it in a meaningful way.

With speculation about Foxconn phasing out its Chinese workforce, Recorded Future is tracking everything from rumored reports of Foxconn opening factories in the U.S. to news of a hiring freeze in China.

Formlabs is developing high-quality, 3D printers for the masses 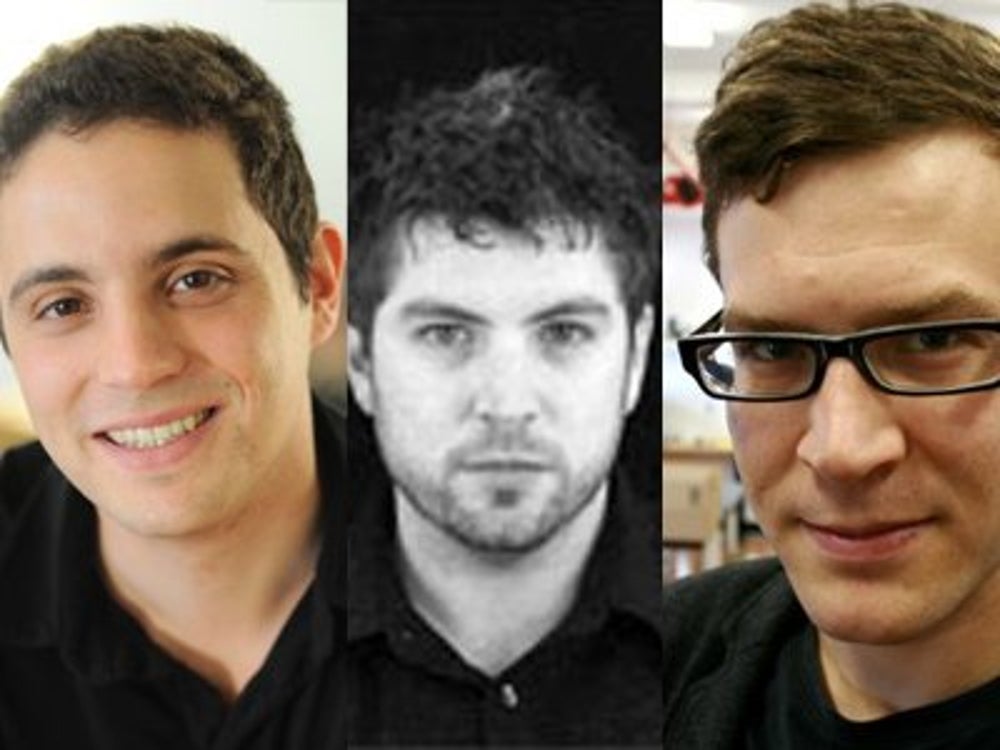 Concept: Formlabs' Form 1 printer is designed to make high-quality parts for professional use.

Why you should care: Formlabs grabbed a lot of attention. It's also one of the most-funded projects in Kickstarter history.

"Professional 3D printers at the high end run tens of thousands of dollars," Formlabs co-founder Maxim Lobovsky told Business Insider in an interview last year. "The low-end equipment is more affordable but less than professional. There was a huge hole in between to satisfy with architects, jewelers, and other professionals in that middle ground who can make use of 3D printing."

Formlabs uses a process called stereolithography, which is one of the oldest forms of 3D printing technology, but also the golden standard in the 3D printing industry. 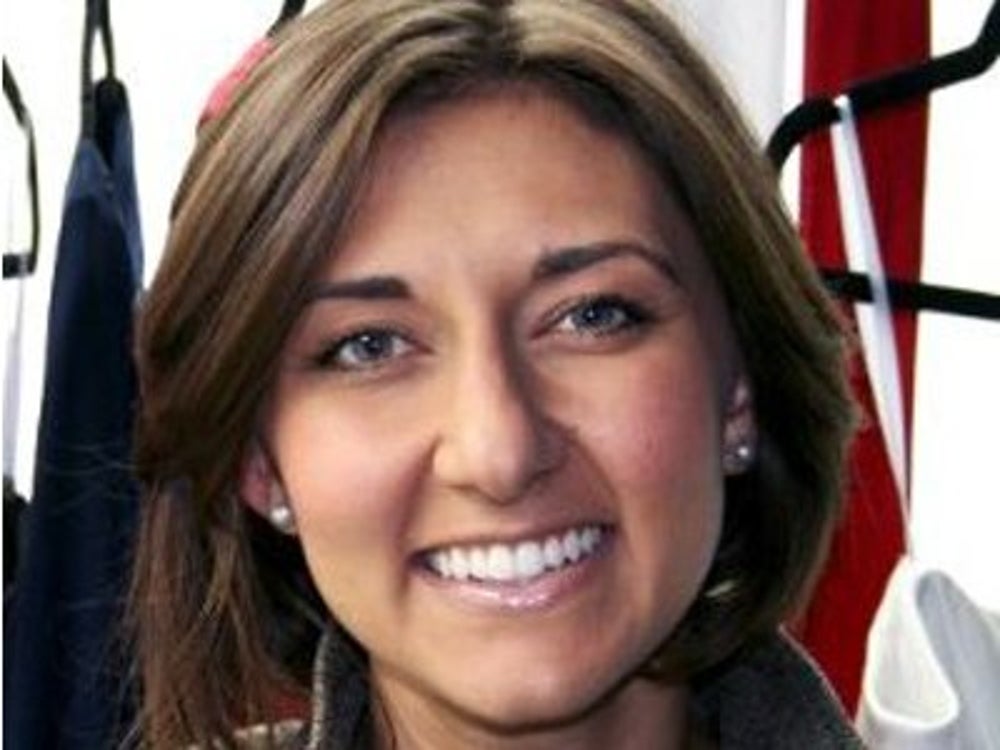 Concept: High-quality, custom apparel for women. With Bow & Drape, women can choose from a curated selection of apparel and accessories, and further customize the color, fabric, hemlines, and other embellishments.

Why you should care: Bow & Drape is revolutionizing the way we shop for clothes. It uses either an at-home Fit Kit or "photorealistic dynamic configurator" to ensure you get the perfect fit. Eventually, it wants to let customers upload an image of themselves for virtual fitting.


Related: This May Be The First Webpage Mark Zuckerberg Ever Made

Ubersense provides video analysis tools for athletes and their coaches 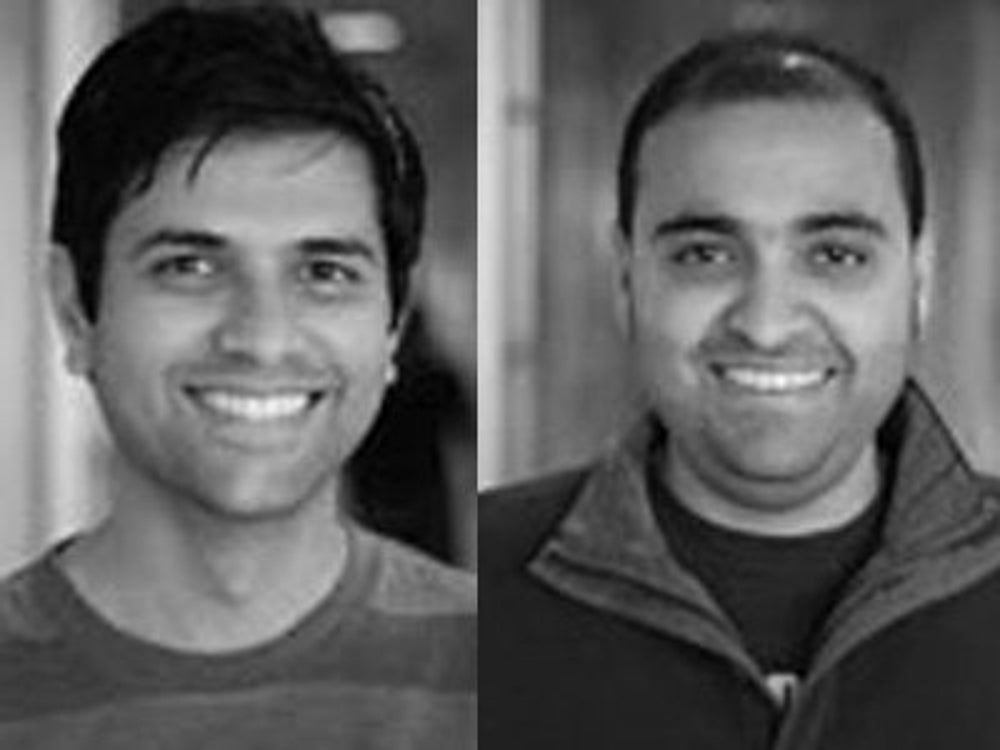 Concept: Ubersense is an iPad app that provides sports video analysis to help athletes improve their game, and help coaches better train their athletes. It offers slow-motion analysis, and enables you to compare videos side-by-side, as well as overlaid on top of other videos. So you could, for example, compare your golf swing to Tiger Woods' and see how you stack up. It also provides video analysis for dance, musical instruments, and other types of activities analyzing techniques could be helpful.

Why you should care: Already, UberSense has partnered with the U.S. Bobsled Skeleton Federation for its Olympic teams.

Yesware is email management for salespeople 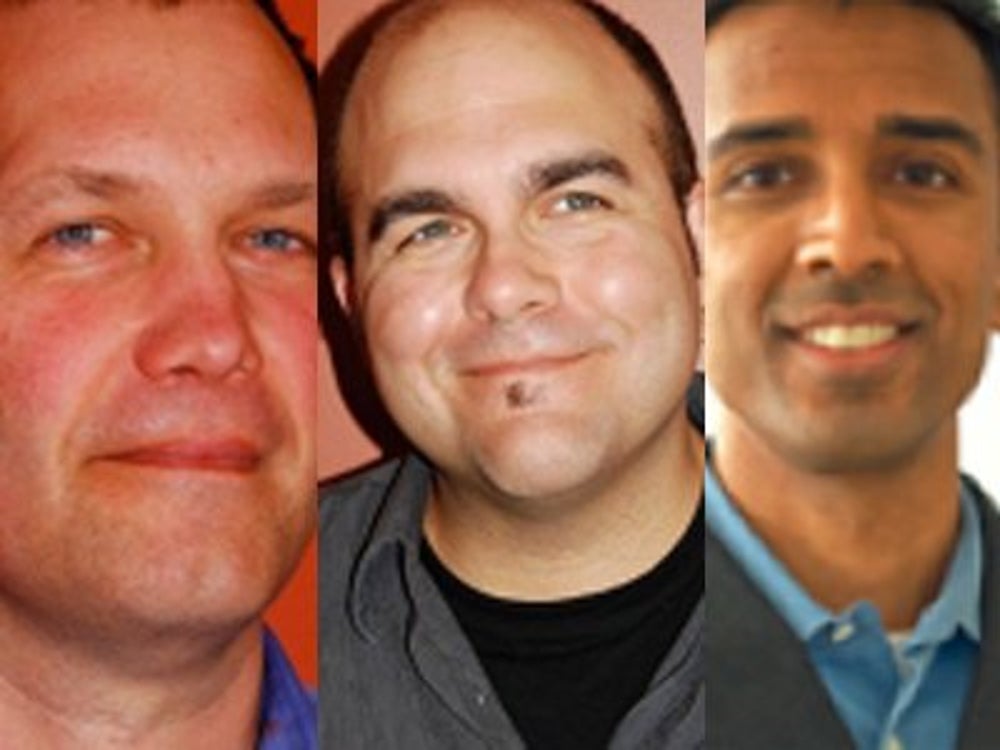 Concept: Email tool for salespeople that tracks emails, allows you to create and save templates for future use, and syncs with your customer relationship management system.

Why you should care: Salespeople need to keep close tabs on their customers, and Yesware facilitates just that. Activity-based reports allow you to see which templates are most effective and which ones get the most consistent responses. It also connects to pre-existing CRM tools from leading CRMs like Salesforce, Nimble, Highrise, and Capsule.

Yesware has more than 170,000 customers, including Groupon, HubSpot, and Brightcove.

CustomMade helps you get essentially anything custom-designed for you

Founded: 2009 (the founders bought custommade.com, which was previously only for woodworking products)

Concept: Connects makers with people who want custom-designed goods, such as dining room tables, wedding rings, or even motorcycles. To ensure the ultimate level of quality, CustomMade hand-picks its creators, unlike Etsy.

Why you should care: CustomMade is doing $1 million in transactions a month, with about 7,400 makers on the site. It's also gearing up to launch a mobile app so you can take a photo of a product, send it to CustomMade, and ask for one of the professionals to create something similar.

Update: An earlier version of this article mistakenly stated CustomMade has 350,000+ makers on the site. The actual number is 7,400.

Runkeeper is a mobile fitness app

Concept: Mobile fitness app for tracking your running, walking, and other physical activities.

Why you should care: At TechCrunch Disrupt last year, Facebook CEO Mark Zuckerberg touted Runkeeper as a very promising startup.

Meanwhile, Runkeeper is an awesome app for tracking your health and fitness levels. It's also one of the first apps to be integrated with the new Pebble smartwatch.

Fetchnotes helps you organize all of your mobile notes 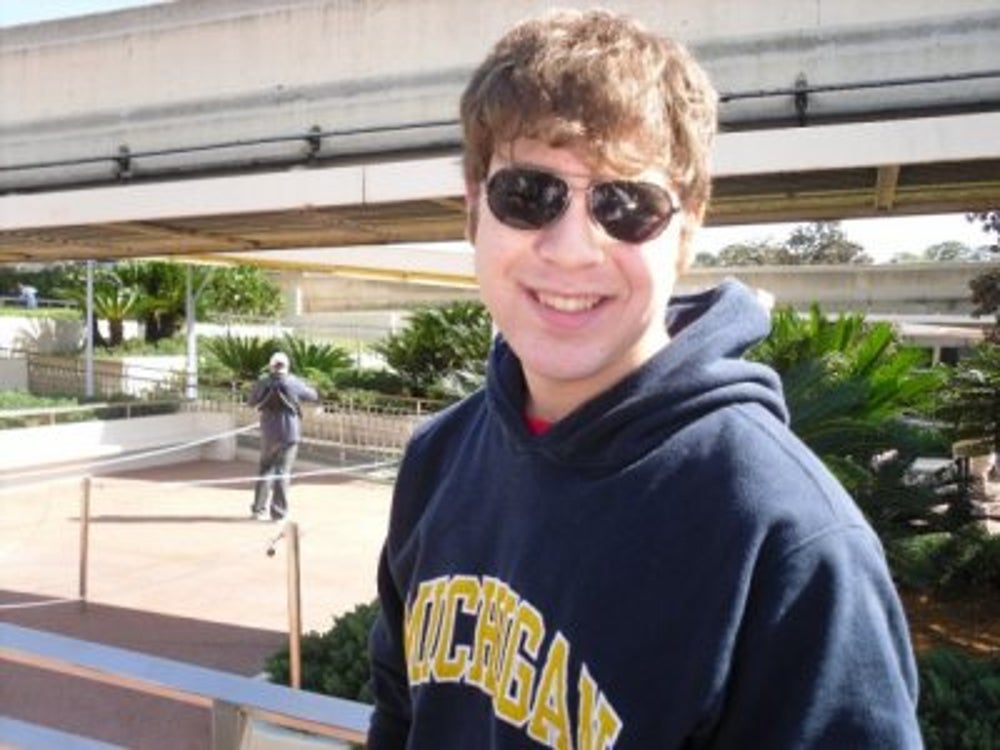 Founders: Alex Schiff, Chase Lee (no longer with the company)

Why you should care: Fetchnotes has a pretty unique approach to note-taking and organizing those notes. It lets you organize them with hashtags so you can easily find them later. So if you want to remember to check out Sheryl Sandberg's new book, you could type, "#read Sheryl Sandberg's "Lean In." To find it later, along with other books you want to read, you would just search using the hashtag #read. you could, for example, writeYou can even #organize your #notes as you #type using hashtags.

It's also one of our favorite new note-taking apps, if that means anything to you. It has also integrated its offerings with 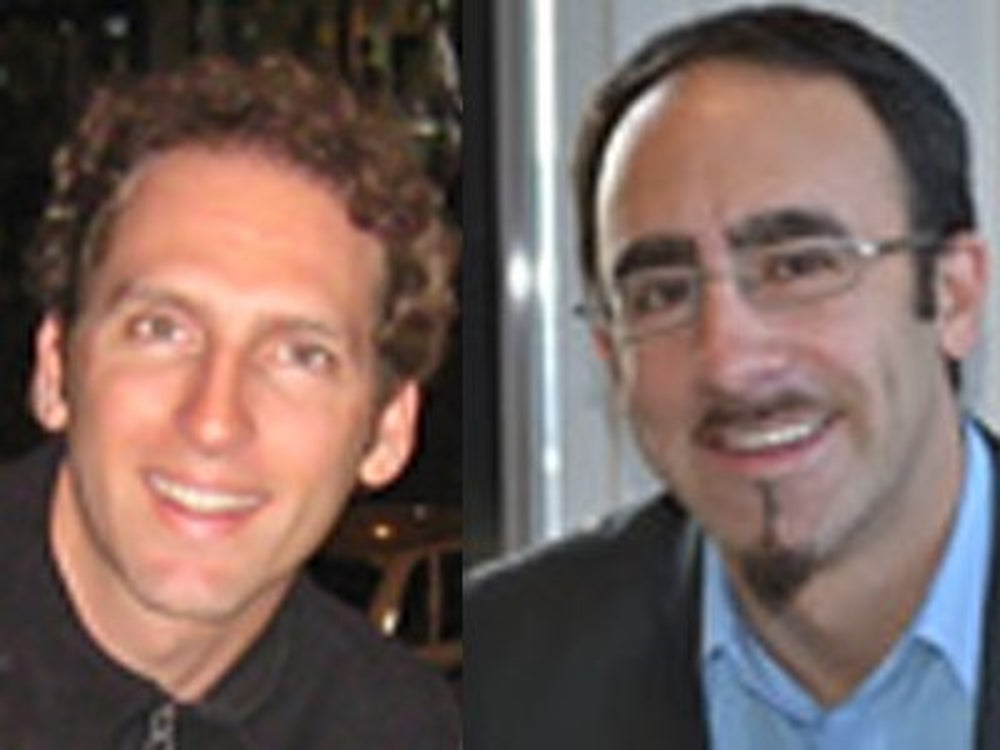 Why you should care: Kibits combines everything you need in group collaboration into one app. It features file-sharing, tasks, notes, photos, videos, links, maps, chat, and more. That way, everyone on your team can stay on the same page. It also seamlessly integrates with Dropbox, Evernoe, Google Drive, and Box.


Related: The 25 Most Influential African-Americans In Technology

Dribbble is a design-sharing site 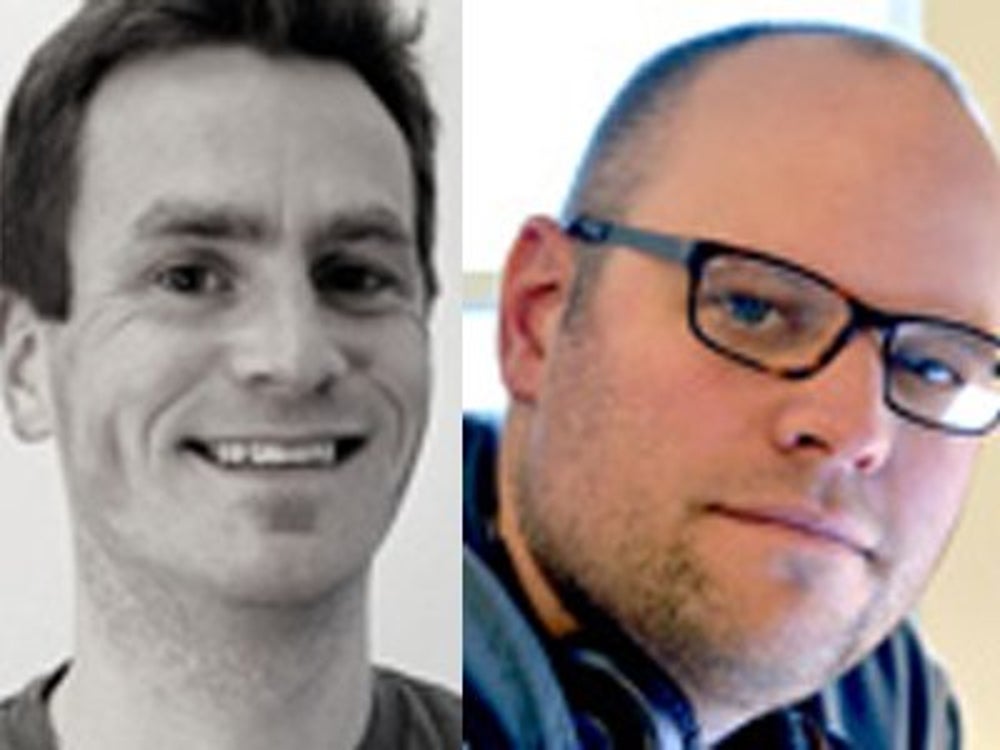 Why you should care: Designers tend to post their best work on Dribbble. It's also turned into a great source for companies to find talented designers available for hire. 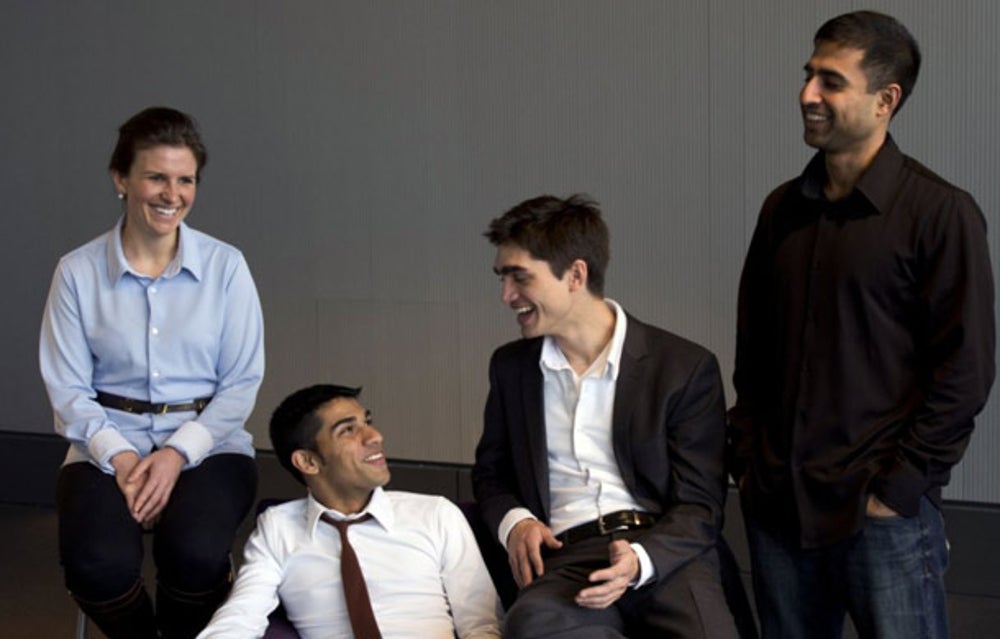 Why you should care: The shirts are fitted with some of the same technology NASA uses in its space suits. One of its line of dress shirts, dubbed "Apollo," adapt to your body and lifestyle. It even regulates your body temperature by storing and releasing heat.

Less than one year after launching, Ministry of Supply produced more than 12,000 shirts for its customers throughout 48 countries.

Flashnotes is an online marketplace for study notes 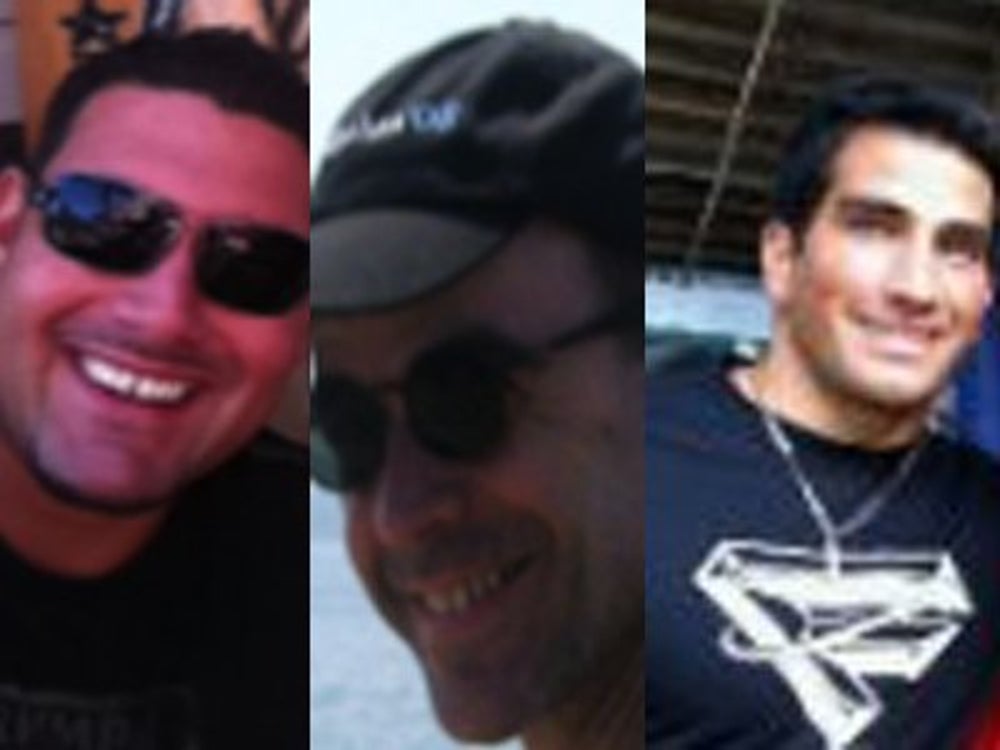 Why you should care: It's widely known that college students share notes, so why not let them make money for it? Flashnotes essentially rewards students for taking good notes, while helping other students at the same time. Flashnotes says more than 65 percent of the students who buy study notes have increased their grade point averages. 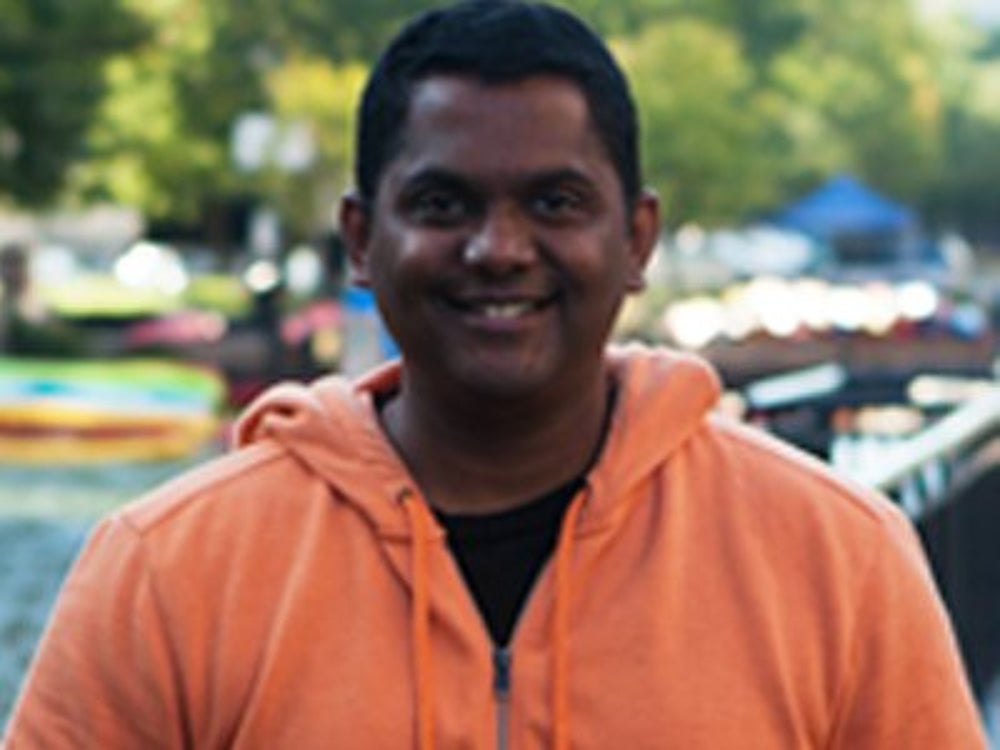 Concept: Backend as a service for Web and mobile app developers.

Kinvey solves this by taking the metadata from mobile apps and hosting it on its own servers. 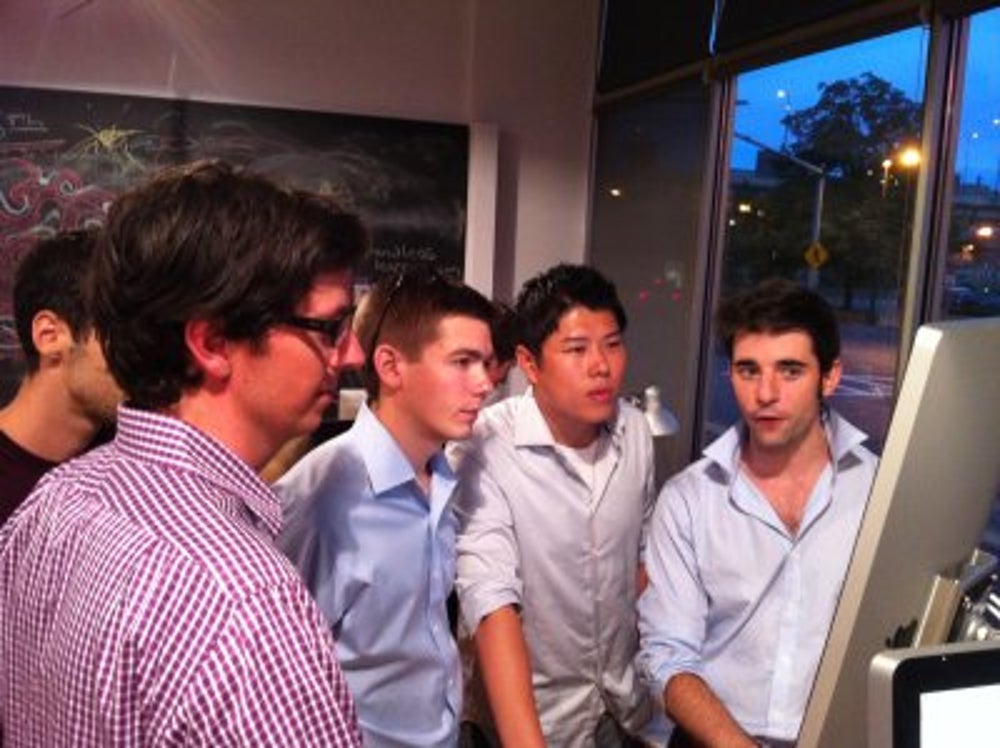 Concept: Boundless replaces your textbook by curating high-quality content from the Web.

Why you should care: Traditional textbooks are overpriced. Even though most universities offer a buyback program, students rarely, if ever, come close to earning back the money they originally paid for the book. Boundless has the potential to save cash-strapped students tons of money by offering free textbooks online.

Even though textbook publishers Pearson, Cengage, and Macmillan Higher Educationrecently filed a lawsuit against Boundless, alleging copyright infringement, unfair competition, and false advertising, Boundless isn't giving up. The company is currently fighting the case in court. 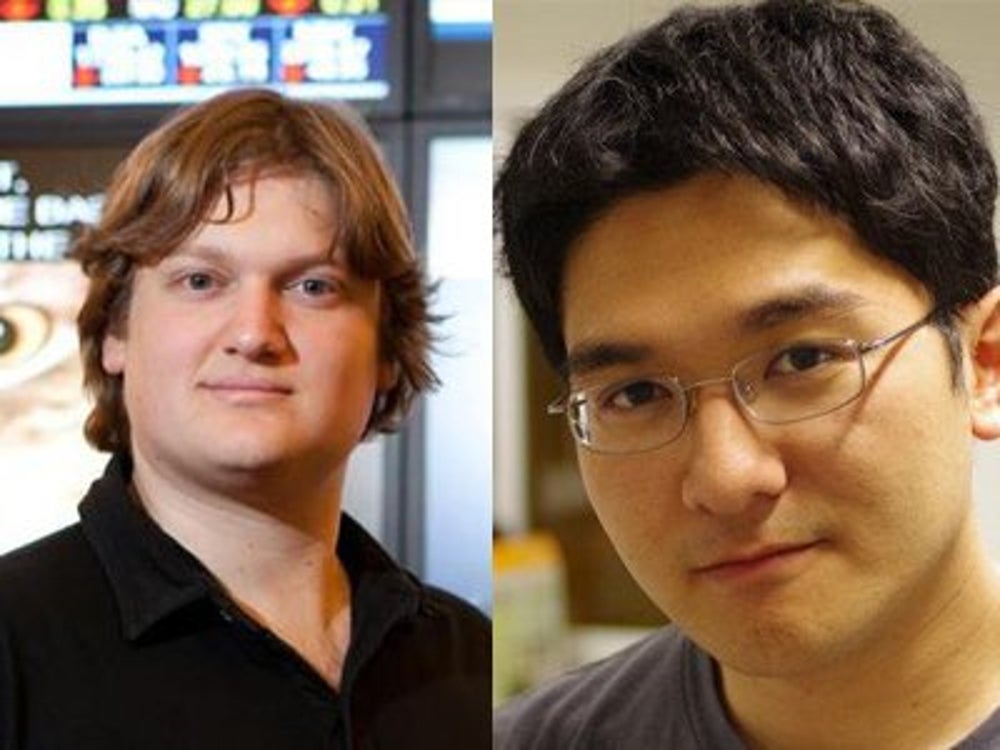 Concept: Online platform for watching live TV on your computer. It works by using a college's existing IP infrastructure to stream live TV to students' laptops, iPhones, iPads, and other Internet-connected devices. It carries the channels that a university already offers, and then adds on content from cable programmers like HBO.

Why you should care: Young people don't watch as much on TV as they used to. Instead, they're watching TV content on their computers and phones, according to Nielsen. Tivli has a very unique way of adopting to the way young people consume content, while still keeping the current cable model in tact.

Ginger.io uses the data from your smartphone to track your health 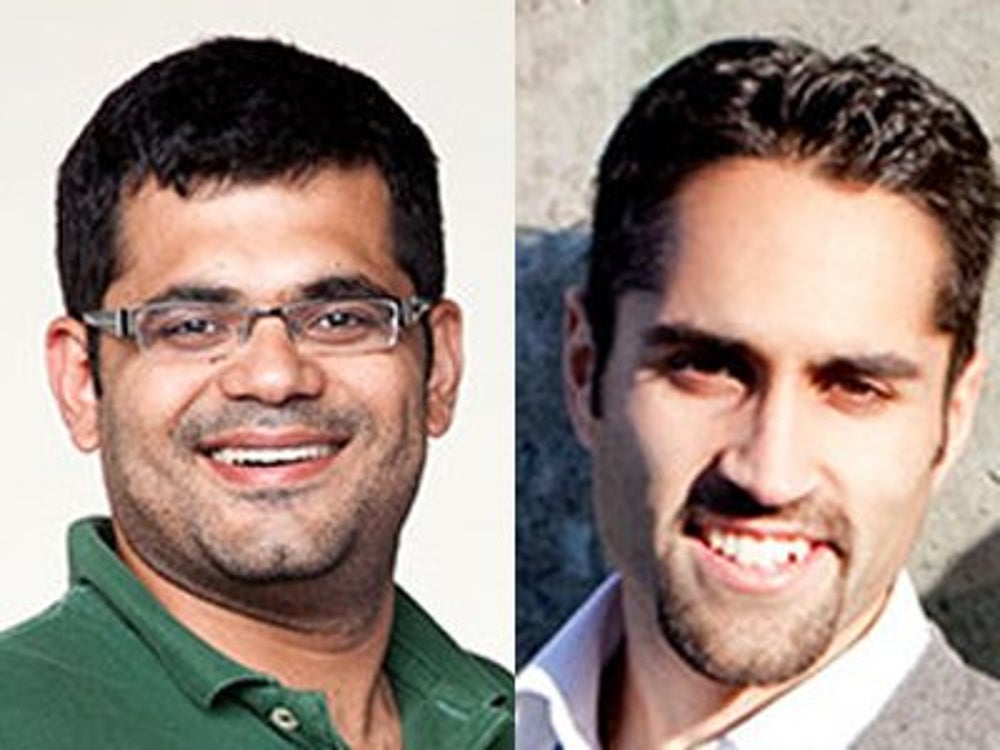 Concept: Ginger.io relies on the data from your smartphone to identify potential warning signs especially in people suffering from depression, diabetes, and cardiovascular disease. The mobile app collects passive data from your phone's sensor, and patients are able to submit information about their mood, symptoms, and overall quality of life.

Why you should care: People typically don't see their doctors regularly. Ginger.io helps doctors and hospitals track a patient's well-being in between visits.