John Patrick Pullen
May 7, 2013 min read
Opinions expressed by Entrepreneur contributors are their own.

Logitech, Rovio and Skype -- these three companies produce products as mainstream as keyboards, services as cutting edge as video chatting, and games as addictive as Angry Birds. While each is different, they all began as startups outside the U.S. and experienced the kind of success that propelled their brands across borders worldwide.

All over the globe, tech entrepreneurs are striving for similar results. But where are they starting up? Beyond London and Tel Aviv, many are gravitating to some unlikely locations to try to realize their business dreams.

Here's a look at nine international tech startup hubs that might be under your radar. These vibrant communities are more than just places where startups set up shop. They are hotspots full of innovation and support, where inspiration and perspiration commingle as business plans are hatched, opportunities emerge, and even entire markets are being built. 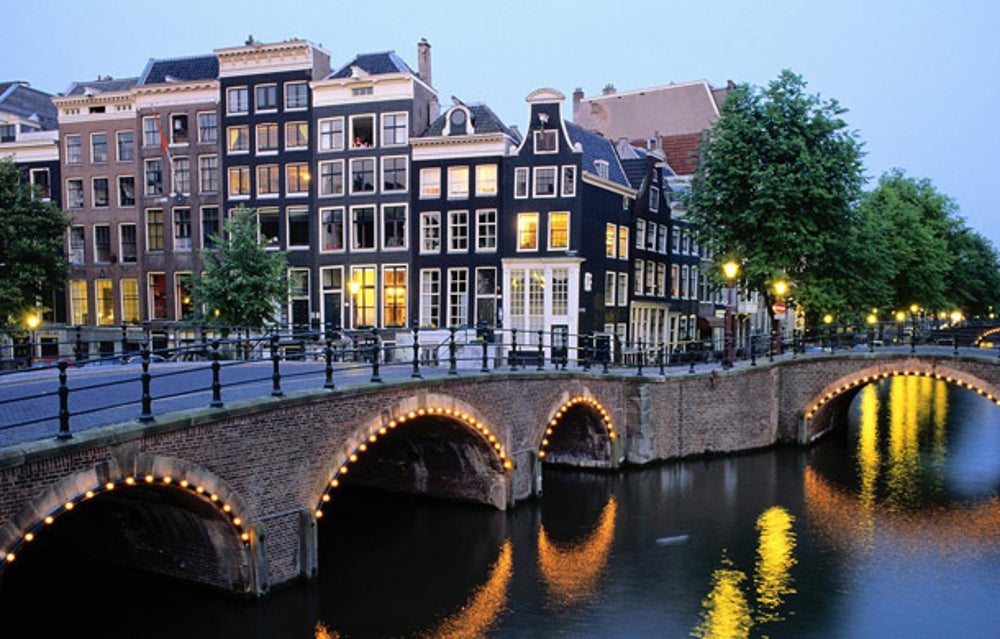 Fleeing large metro areas like London and Paris, app developers and internet entrepreneurs aplenty have found a home in the Netherlands, attracted by lower taxes and living costs, and a creative lifestyle that fosters open innovation.

One example of genius generated here is Layar, the first app to put augmented reality on the map by merging smartphone cameras with location-based data. Collectives like STIKK connect local startups with a global network of entrepreneurs and founders, helping to turn local companies into international powerhouses. Nonprofit Appsterdam helps provide support and infrastructure for the burgeoning community of indie programmers. 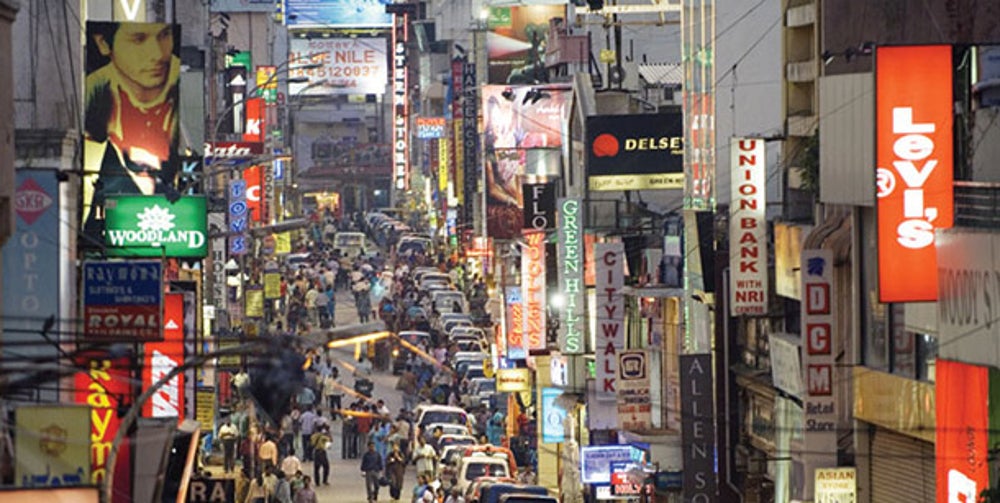 Raring and ready to emerge, Bangalore is an energetic startup community. Driven by a well-educated population of more than 700 million people under the age of 30, Bangalore has a huge talent pool to draw from. Startups tend to focus on local problems and smaller markets, but some of their bigger successes, like social presentation service SlideShare, have made an international splash.

Starved for investors, the community bootstraps many of its startups, which only increases the pride these companies have in their performance. But look for further investment to change the landscape in India. Events like last month's Startup Festival India have continued to raise the city's profile, attracting talent from around the country to an event that looked every bit as fiery and polished as Big Omaha. And a group of oversees investors is launching the Kyron Accelerator, the city's first global investment program, which aims to provide funding to 500 startups over the next five years. 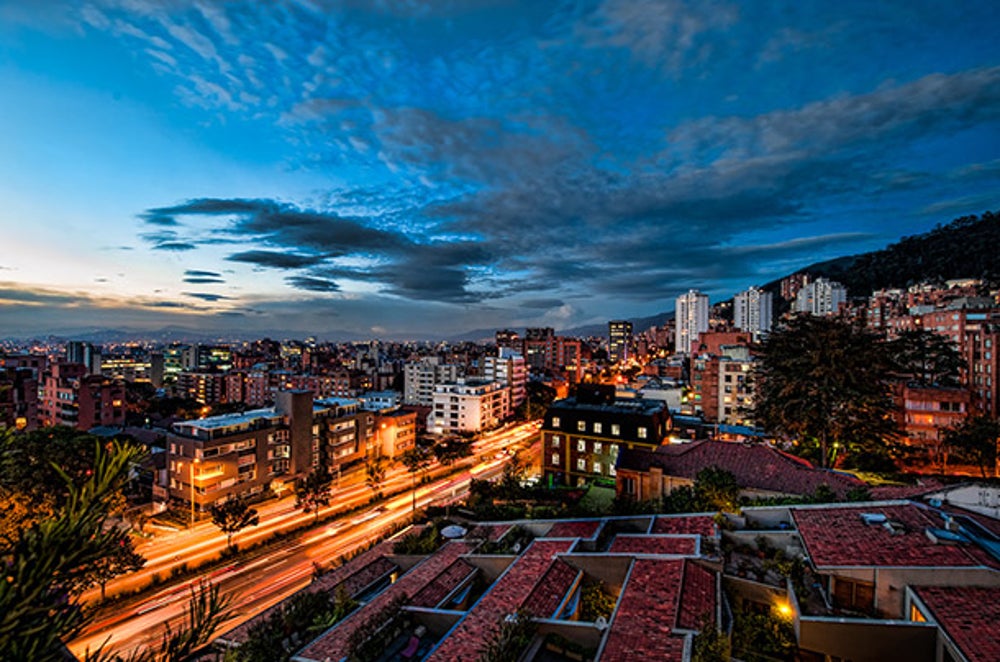 With plenty of opportunities to network and a thriving Startup Weekend, Bogota is home to a growing number of tech startups south of the equator.

One big reason is ramp-up time. According to the World Bank's Doing Business website, with much less paperwork to file, it takes less than half the time to get established in Colombia as it does other Latin American and Caribbean countries. Although this emerging market can still be a challenging place to find venture capital, its active chamber of commerce, which provides free training, and accelerators like Wayra Colombia make the city appealing to entrepreneurs. 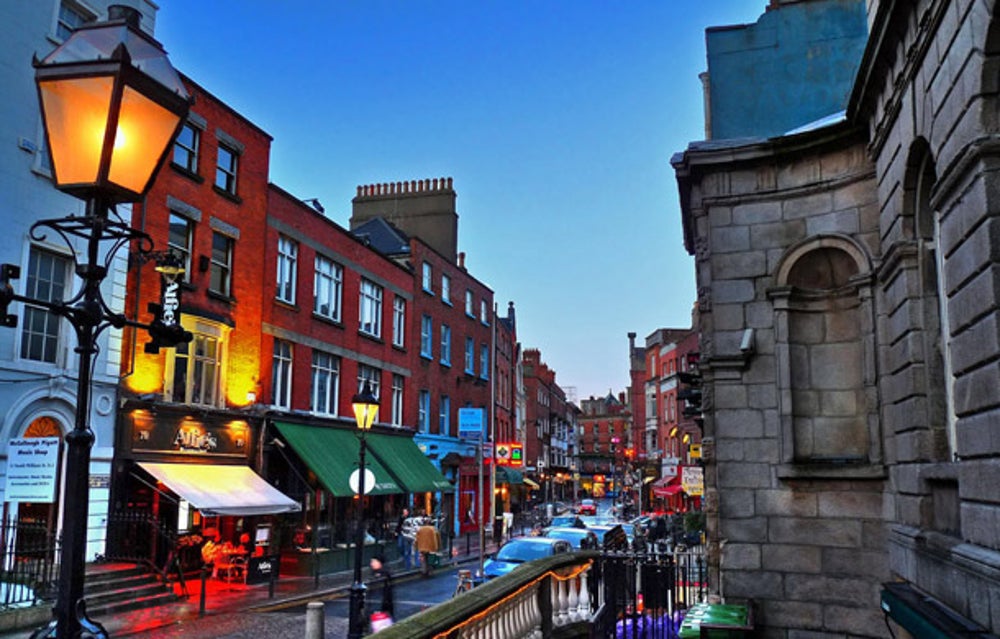 Ireland's former Deputy Prime Minister Mary Harney once said Dublin is spiritually closer to Boston than it is to Berlin, and as it applies to the Irish economy, that's certainly been the case.

In an attempt to gain independence from the U.S. financial influence, the government-sponsored program Enterprise Ireland helped create 97 new businesses and 1,600 jobs in 2012. And attracted by Ireland's 12.5 percent corporate tax rates, such internet giants as Google, Facebook, LinkedIn and Yahoo have flocked to the Irish capital, which will no doubt help other small businesses mature in their orbits. 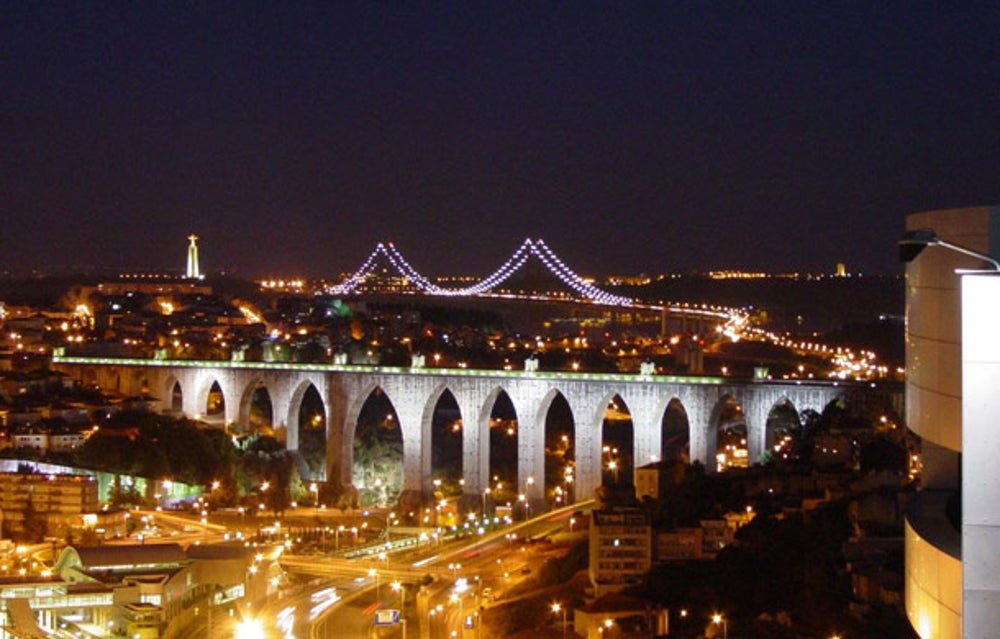 Driven by longstanding tech meetups, the small startup scene in Lisbon is ramping up. Helping to foster local innovation, non-profit incubator Startup Lisbon was established in 2011 by the government to provide both infrastructure and services to fledgling efforts. It currently supports 42 startups, and last November, a graduating class of 13 companies emerged from the program, attracting investors from around the world.

There's still a ways to go here, but with great weather, food and a keen interest in renewable energy -- not to mention the $600 million Portugal Ventures fund that's ready to invest -- expect the startup climate to heat up further in Lisbon. 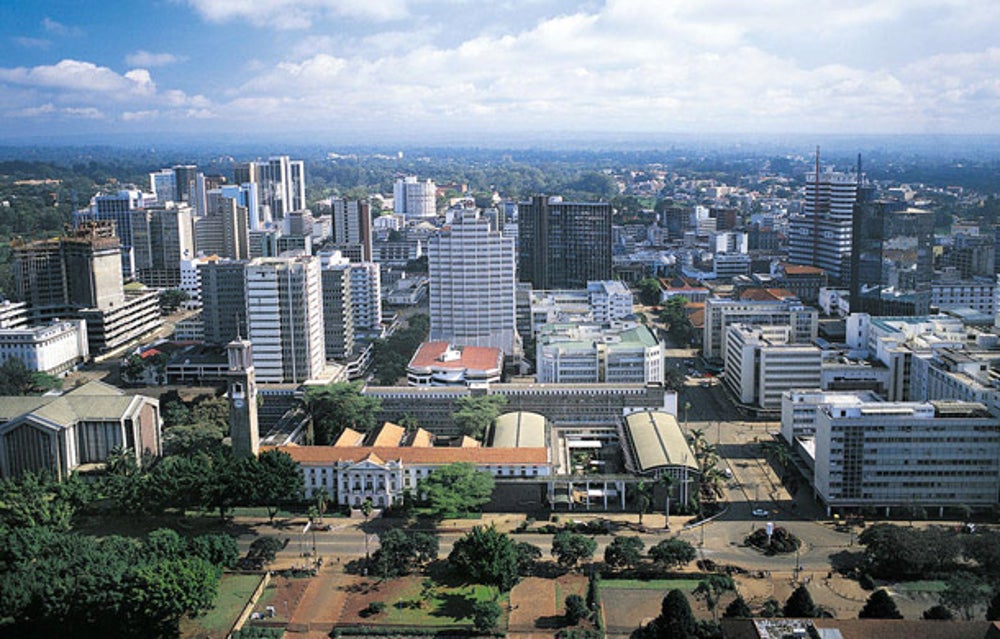 Home to hundreds of startups that have sprung up in the past few years, Nairobi is quickly becoming known as the capital of the "Silicon Savannah." Supported by community efforts like iHub, an open space for tech companies, hackers and investors to gather, work and learn from each other, and incubators like NaiLab, which supports 30 startups on-site and more than 100 other companies virtually, the city has the potential to create some revolutionary new services that could change not only Africa, but the world.

For example, with high rates of smartphone adoption and low 3G service costs, the country has seen one of the world's highest rates of mobile money usage. Some 17 million Kenyans have signed up for M-PESA, a cashless currency system developed by African mobile operator Safaricom and favored by app developers. But recently, Google has waded into these waters with Beba, its NFC (near field communications) bus fare card, signaling more competition to come. 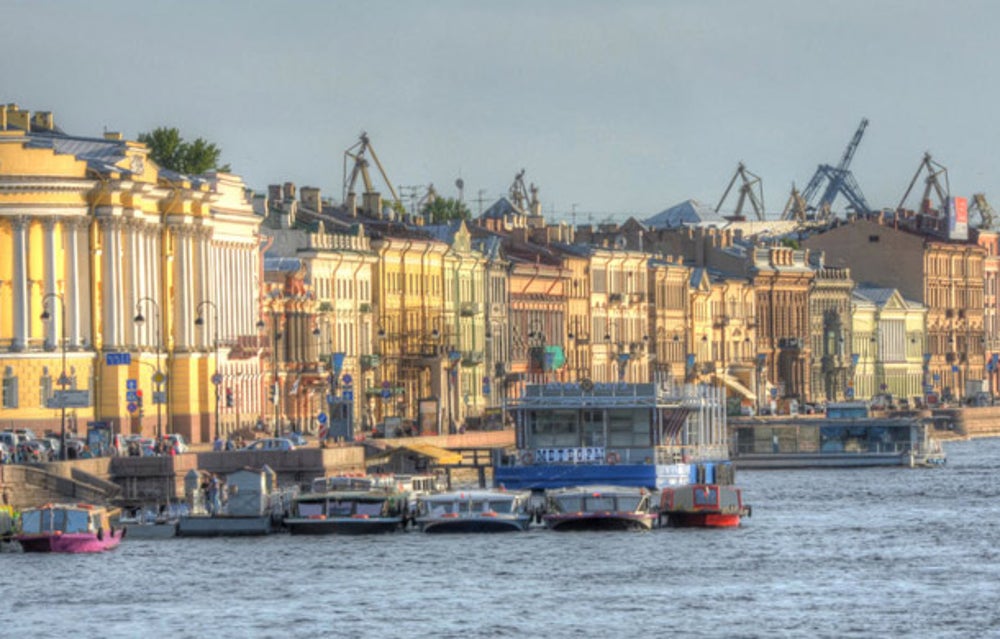 Founded by Peter the Great, Russia's second largest city is increasingly populated by entrepreneurs taking advantage of lower startup costs than those in Moscow.

Partly due to the barriers that its language and Cyrillic alphabet create, Russia is a bit disconnected from the rest of the world's online services, creating a world of opportunity for Saint Petersburg software and app makers. Incubator Ingria sees this, hosting 80 companies and sponsoring the Web Ready conference to spur the growth of these online startups.

Ingria is also building a technology park where startups can set up shop. Located adjacent to the Saint Petersburg State University of Telecommunications, it will surely help entrepreneurs find top-notch talent when it is completed in 2015. 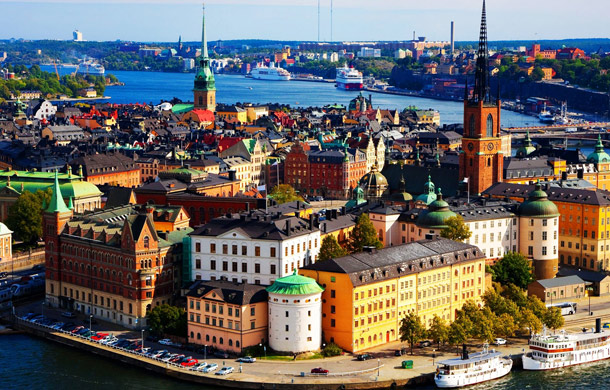 While Sweden has a reputation for design savvy, it exports far more than flat-pack furniture. With tech successes like Skype and Spotify, Stockholm, the capital city, has become known as the home to the next big thing. Outside investors have taken notice to the tune of more than $500 million in foreign funding and acquisitions since 2010.

Every quarter, 100 well-connected IT executives play poker in a secret location in the city, demonstrating how hip the scene is here. Meanwhile, more than 10 million people around the world are playing Minecraft, a block-based game published by Stockholm publisher Mojang, which is already the next big thing. 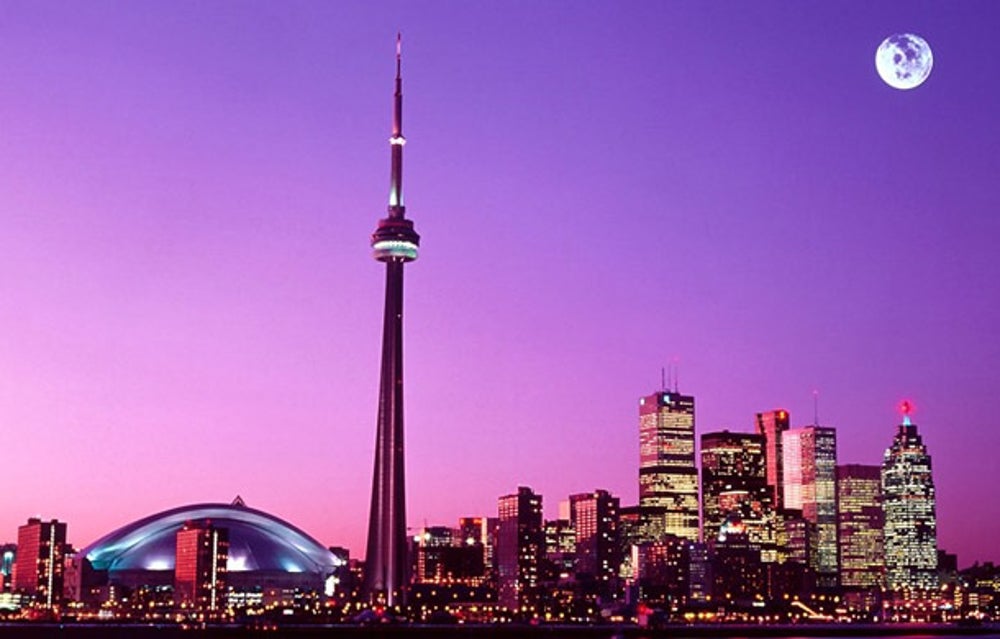 The city draws talent and inspiration from institutions like the University of Waterloo's Institute of Quantum Computing. What's more, Toronto entrepreneurs benefit from well-backed programs, including the $250 million Ontario Emerging Technologies Fund, which invests in clean tech and life sciences, and the Ontario Venture Capital Fund, a $750 million chunk of private capital focused on high-growth, Ontario-based firms.

Toronto boasts a long track record for nurturing startups. Since 1997, accelerators like the wildly successful Communitech have created more than 1,000 firms, generating more than $30 billion in revenue along the way.