Jason Fell
Director of the Entrepreneur Partner Studio
home
February 17, 2014 9 min read
Entrepreneurs sacrifice sleepless nights and their life's savings in pursuit of building a product or a service that not only fills a need but changes people's lives. In the world of startups, we're all watching and waiting for the next big thing -- for a company to come out of nowhere, do something amazing and make a ton of money; hopefully changing the world along the way.
Entrepreneur.com partnered with the folks who produce Social Media Week to curate this list of 10 startups that have the potential to do big things in 2014. The companies on this list are making marketable ideas come to life, have raised considerable amounts of money, and are gaining traction with customers.
We'll formally present these startups at an event during Social Media Week here in New York City on Tuesday.
Of course, we can't guarantee that any of these companies will be the next Facebook or Foursquare. But these companies are certainly making waves in their respective industries and worth keeping a close eye on this year. 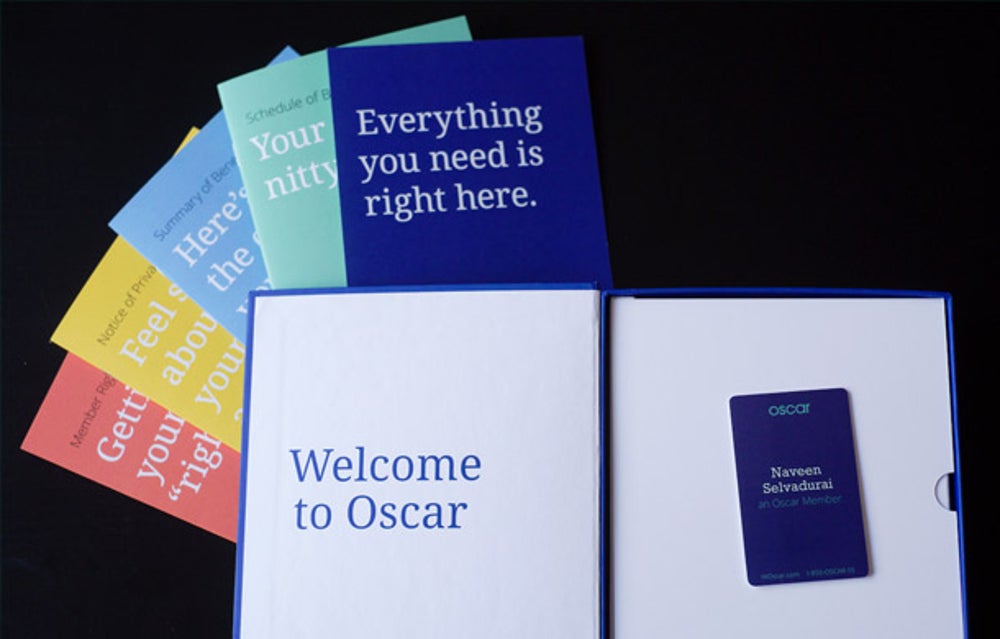 With President Barack Obama's Affordable Care Act beginning to take hold, America's health insurance industry is like new frontier for entrerpeneurs. At least, that's what the founders of New York City-based Oscar are betting on. Having already raised $70 million in two rounds of funding, this startup is aiming to mix tech, design and data to "humanize" healthcare.

In the first several weeks since its launch, Oscar has already enrolled “thousands” of customers and has “tens of millions” of dollars in annual revenue.

Is heathcare sexy? Not really. But Oscar came to market just in time to capitalize on a huge opportunity. 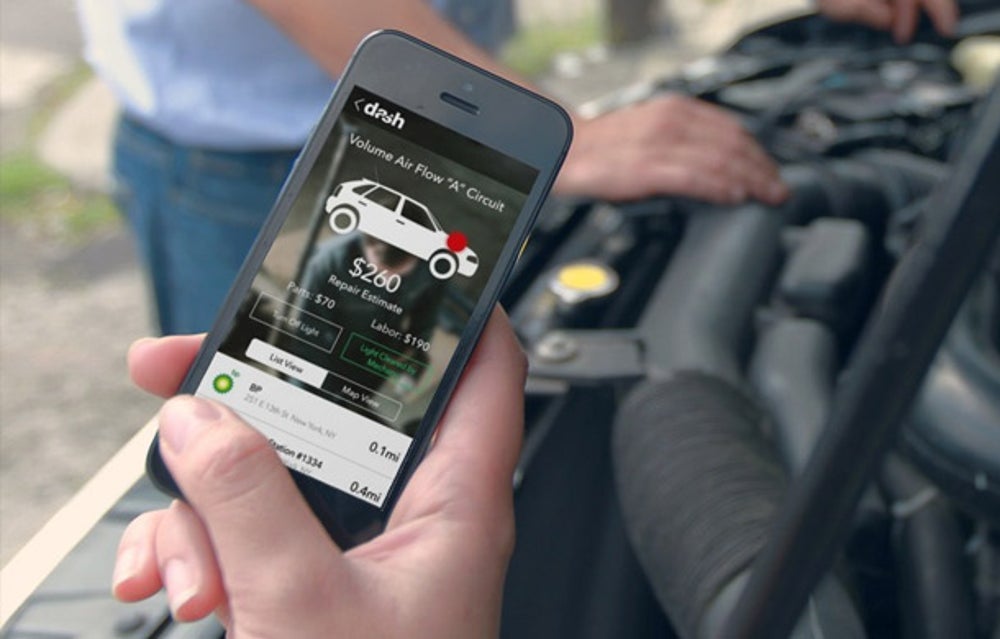 Image credit: Dash
Founders: Jamyn Edis (CEO) and Brian Langel (CTO)
When founded: June 2012
By now you've heard of the Internet of Things. Yes, your gadgets, devices and everything inbetween are becoming connected to the internet. The industry is just starting to take off.
Enter Dash, a Techstars-funded, connected car platform which turns any car into a "smart" car. It's a tiny device that plugs into your vehicle's diagnostics port (works with any vehicle made after 1996) that can read information about your vehicle, its performance (hint: learn how you can drive more economically) and location. It connects via Bluetooth to an Android-compatible mobile app. An iPhone version is "coming soon."
So, if your car breaks down, Dash can tell you exactly what's wrong and even give you an estimate of how much it'll cost to fix. If your car is in accident, you and your loved ones can be notified in real time. Pretty sweet. 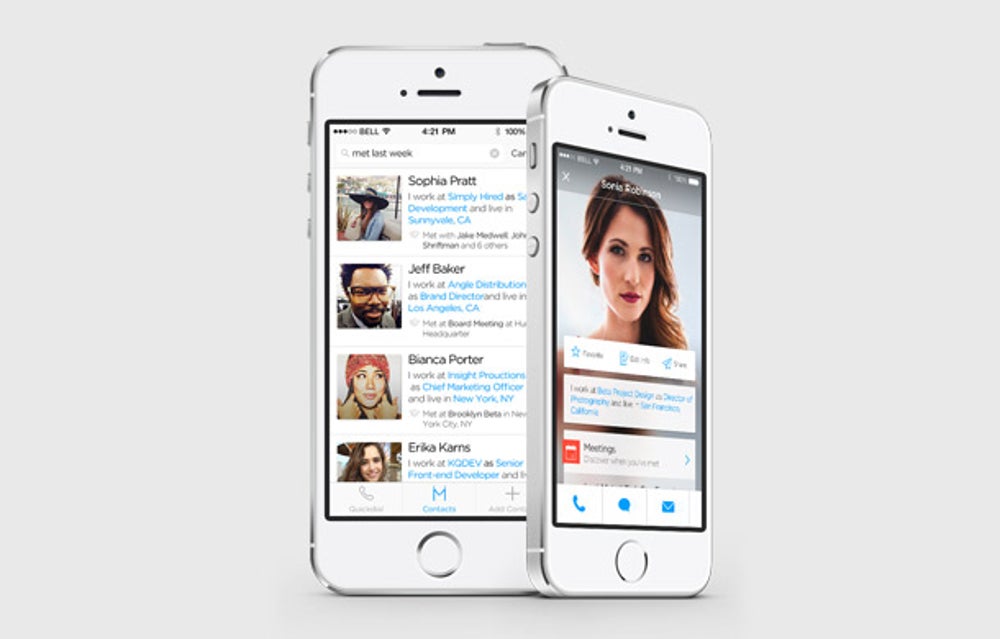 Image credit: humin.com
Founders: Ankur Jain, Daniel Pourbaba, David Wyler, Jake Medwelland Jonathan Shriftman
When founded: 2013
What makes a smartphone "smart"? Is it simply because it's connected to the internet? The founders behind San Francisco-based Humin want to make smartphones truly intelligent.
Humin has rebuilt the phone app to remember people by the way you’ve come to know them. When you meet someone new, Humin can help you remember the context around the moment. So, instead of an alphabetical contact list, Humin has created an engine that lets you search with terms like “met last week” or "lives in Austin."
Humin integrates seamlessly with email, calendar, contacts, Facebook and LinkedIn, so it disappears into the background, helping you connect with the people who are relevant to you, the company says. 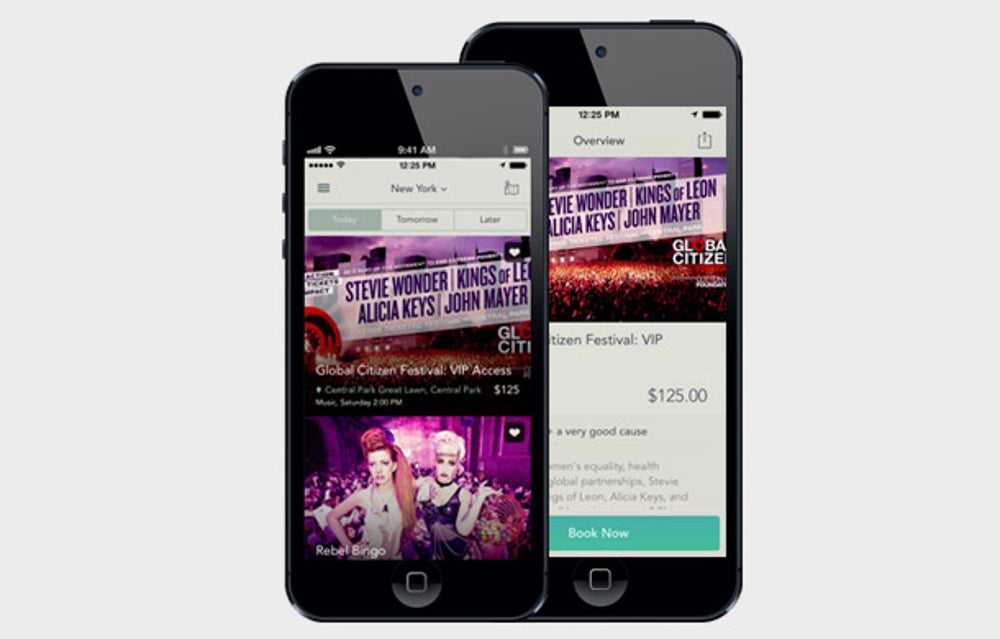 Image credit: YPlan Tonight via iTunes
Founders: Rytis Vitkauskas (CEO) and Viktoras Jucikas (CTO)
When founded: February 2012
Let's face it, who couldn't use a little help planning last minute yet awesome nights out on the town? The founders of YPlan want to make the process of finding and paying for tickets to a curated list of events such as concerts, theater performances and comedy shows as easy as a couple clicks on a smartphone.
Right now the app is only available in London and New York City, but it has been downloaded some 500,000 times in just about a year. Spontaneously social individuals will want to keep an eye on Yplan as it expands. 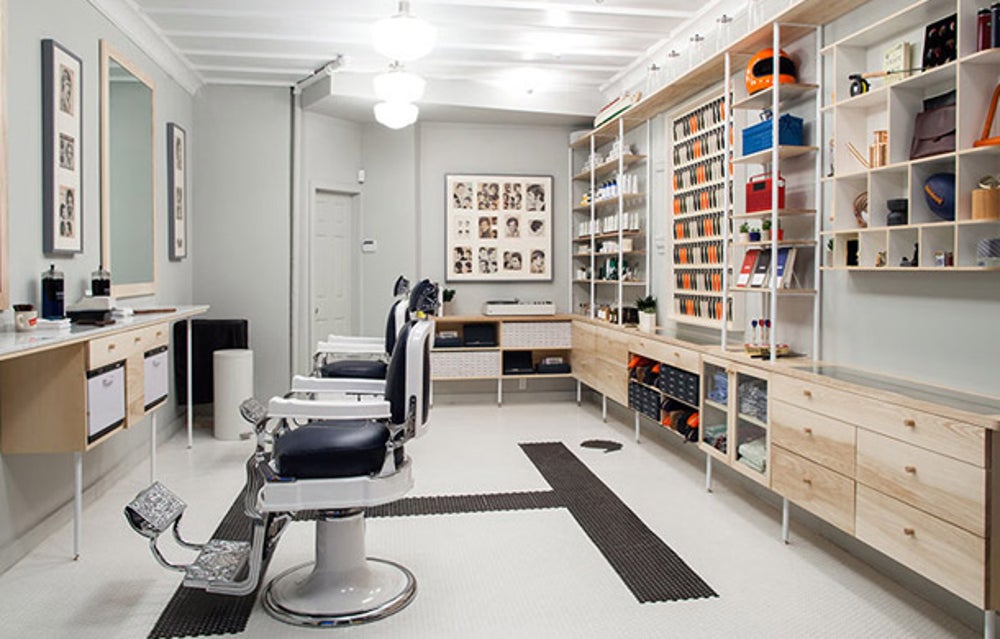 Image credit: Harrys.com
Founders: Andy Katz-Mayfield and Jeffrey Raider
When founded: March 2013
Jeffrey Raider had a hit on his hand when he co-founded eyewear sensation Warby Parker. He's hoping he can make magic happen twice as the co-founder of men's shaving startup Harry's.
Shaving is an ages-old industry so what can Harry's do that hasn't already been done forever? It goes beyond hawking blades, handles and creams to perfecting exceptional "shaving experiences."
"Like most of you, we’ve long had to choose between over-priced, over-marketed razors that disrespect your intelligence, and low quality, cheap razors that disrespect your face," the company says on its website. "We knew there had to be a better way, so we created Harry’s as a return to the essential: a great shave at a fair price."
It turns out Raider and co-founder Andy Katz-Mayfield aren't the only ones banking on the potential of stylish shaving tools. So far, the New York City-based company has raised more than $120 million in funding.
In addition to a good shave, Harry's also cares about community. The company donates 1 percent of its sales and at least 1 percent of its time to local organizations that "prepare people for personal and professional success." 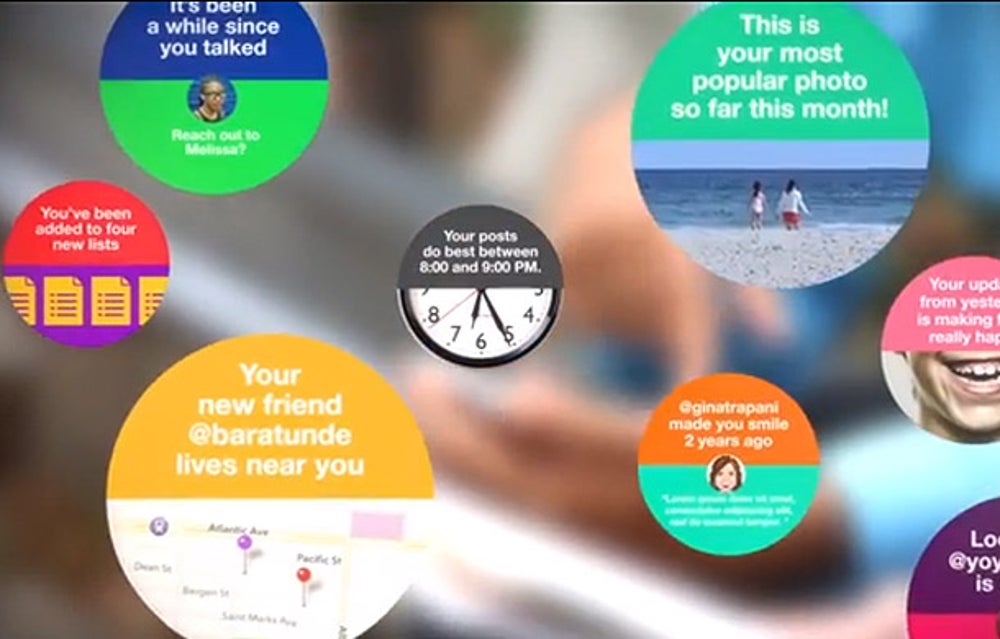 Image credit: Thinkup/Youtube
Founders: Anil Dash and Gina Trapani
When founded: July 2013
Ever wonder what kind of impact your personal social media efforts have on others? If so, you aren't the only one. Lifehacker founding editor Gina Trapani and entrepreneur Anil Dash  have teamed up to create ThinkUp, an app that offers social media analytics for regular people.
Instead of charts and graphs focused on business metrics, ThinkUp uses plain language to tell users things like who their biggest fans are or which photos shared made people the happiest.
ThinkUp launched with a crowdfunding campaign that blew past its 1,000-subscriber goal in the first week of a month-long campaign. The service now has thousands of paid subscribers and tens of thousands of open source users who run the software on their own, the company says.
As we spend more time on social media, ThinkUp can help us average Joes better understand what all the fuss is about. 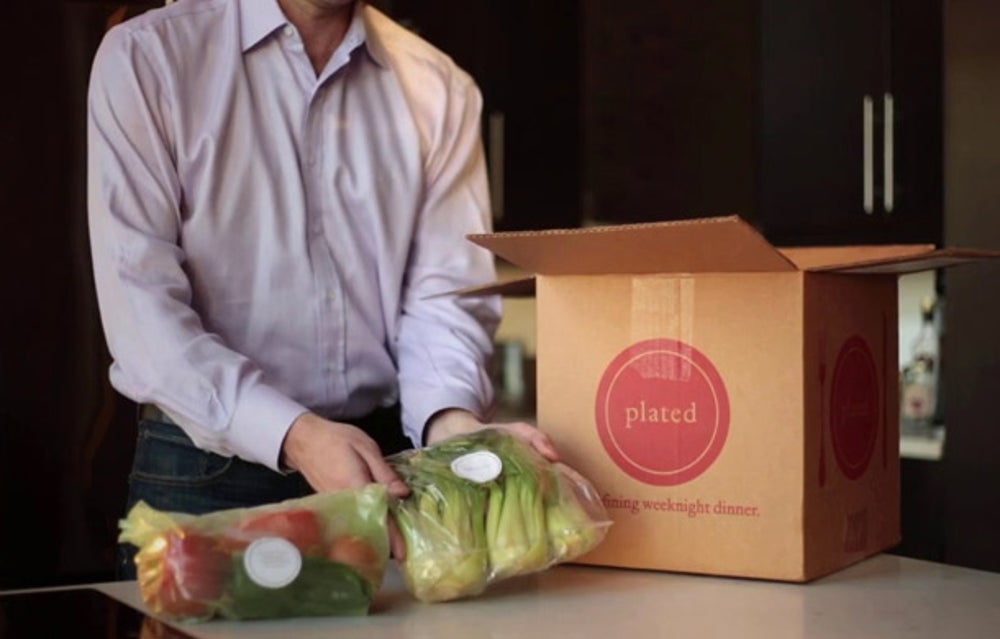 Image credit: Plated
Founders: Josh Hix and Nick Taranto
When founded: 2012
New York City-based Plated.com is on a mission to help Americans eat better. Each week, seven recipes are featured on the Plated menu, including four healthy meat and fish options and three unique vegetarian dishes. You pick the recipe you want to prepare and eat, and Plated will deliver all of the pre-portioned meat, fish, spices, proteins, and produce -- plus a chef-designed recipe card.
So, no more having to buy too much meat or spices for your simple dinner for one or two. "Plated.com uses tech and data-driven operations to remove waste from the broken American food supply chain," the company says. Plated already delivers to 90 percent of the lower 48 states and is "doubling the business" every six weeks. 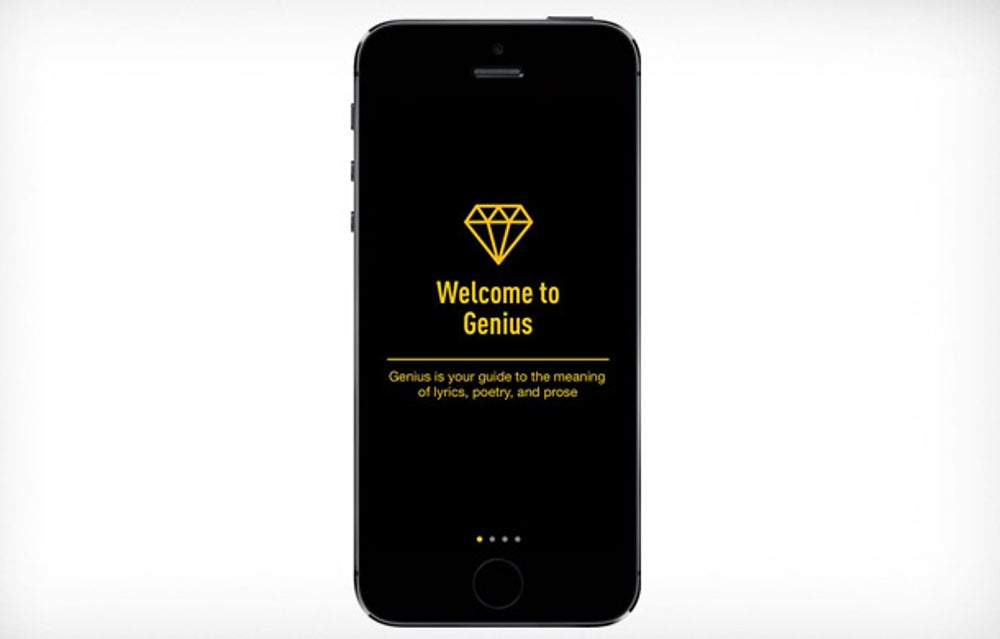 Image credit: facebook.com/RapGenius
Founders: Tom Lehman, Mahbod Moghadam and Ilan Zechory
When founded: August 2009
What's the lyric to that song you can't get out of your head? Rap Genius knows. On the website, artists and their fans explore lyrics interactively via line-by-line annotations they can read, create and edit as part of a "worldwide knowledge project." "It is the Wikipedia of all text, including poetry, news, history, science, the Bible, fashion and much more," the company says.
When it comes to flying under the radar, however, Rap Genius might be the exception on this list. The company came under fire recently after Google apparently banned the site after it admitted to trying to manipulate the way it turned up in Google search results. The site cleaned up its ways and returned to Google's good graces.
Does Rap Genius have something to prove this year? Maybe. Despite the negative attention, the site's growth is no joke: 30 million monthly unique visitors and 10 percent to 20 percent month-over-month growth, with more than 500,000 user accounts and $5,000 verified artist accounts. And financial backers like VC firm Andreessen Horowitz and Reddit co-founder Alexis Ohanian doesn't hurt, either. 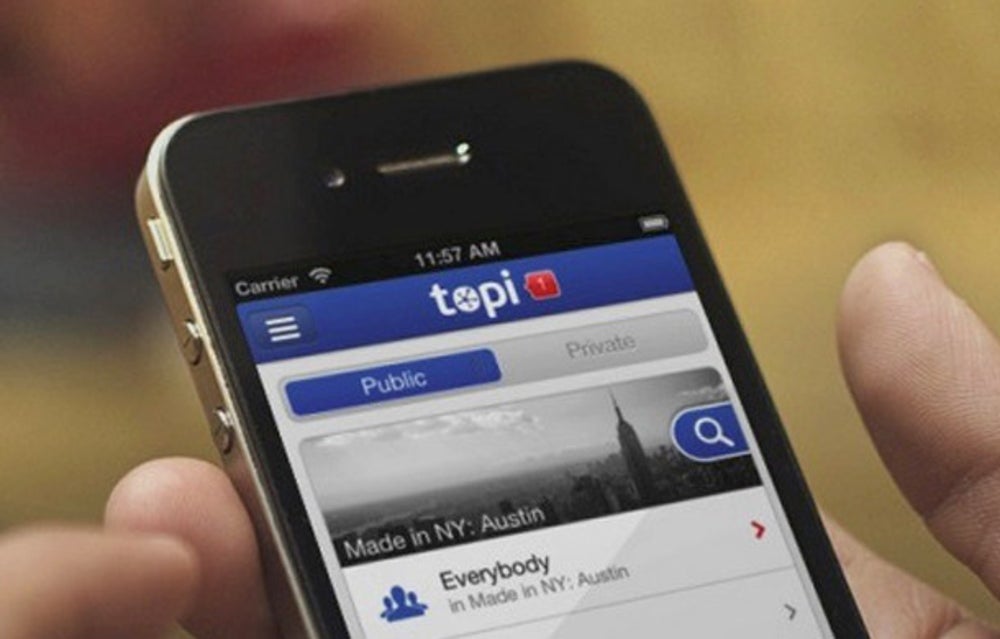 Image credit: topi.com
Founder: David Aubespin
When founded: December 2011
David Aubespin started his career in research at the IBM T.J. Watson Research Center, working on making the web faster. He later joined Google as engineering manager and focused on online advertising and special projects for Google's top-tier customers. Now, Aubespin wants to make networking at events super easy with his startup, Topi.
While meeting people at professional events by chance can be fun, it isn't always most efficient. That's where Topi can help. Event planners manage the app and communicate with attendees through Topi’s web site. It utilizes geofencing technology to know when individual attendees are physically at the event, and where.
Topi can also help help attendees identify like-minded peers, making the connection-finding process more strategic. Users log in using a social media account can connect virtually with other attendees via chat rooms.
When you're at an event and looking to target a specific type of customer or meet a partner or investor, give Topi a try. 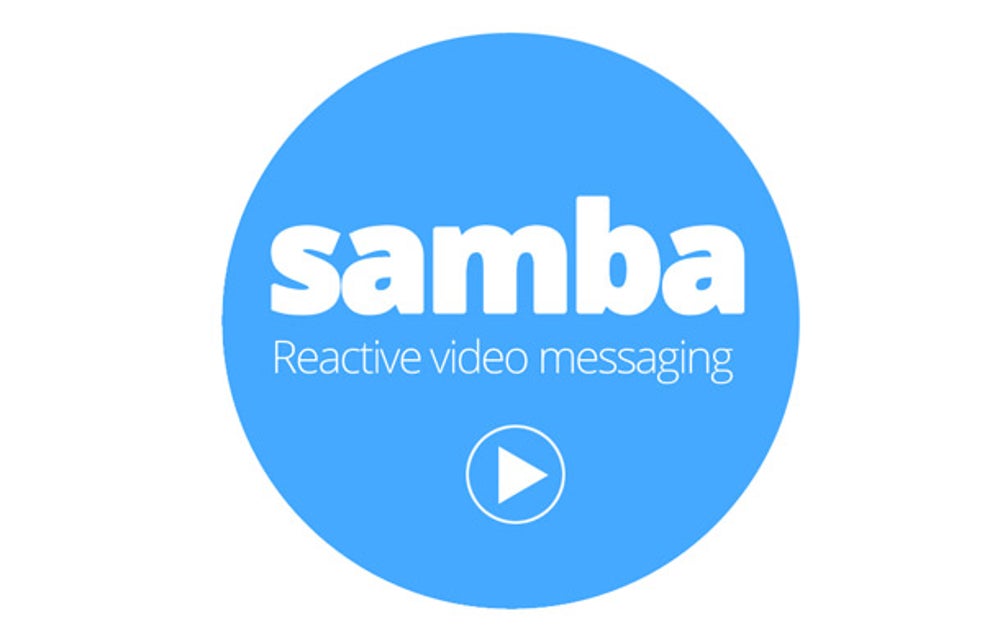 Image credit: sambatech.com
Founders: Barak Hachamov (CEO), Shay Erlichmen (CTO), Ronel Mor (Chief Creative) and Oren Meiri (Head of Client)
When founded: 2013
Based in Tel Aviv, Israel, Samba could be a game-changer for video communication. It is a video messaging app that records the recipient's response as he or she watches the video messages.
In other words, users simply record a video message and flick to send. As the friend views the message, his or her reaction is recorded and automatically sent back, playing fully synchronized with the original message.
Samba was selected as a finalist for the SXSW 2014 Startup Accelerator competition. It plans to go live in the Apple Store "soon."
More from Entrepreneur