Is This the Airport of the Future?

While the governor vowed, in his 2014 agenda, to oversee improvements to LaGuardia and sibling Kennedy, we at Suitcase Entrepreneur wondered, how good can it get?

The answer is: much, much better. Consider Singapore’s Changi Airport, which features a rooftop pool and butterfly garden. Hong Kong International Airport has an IMAX theater and golf course. In Switzerland, Zurich Airport offers an observation deck and in-line skates and bikes for rent.

Architects, designers and one historian weighed in to project the airport of the future, summarized in these six traits: 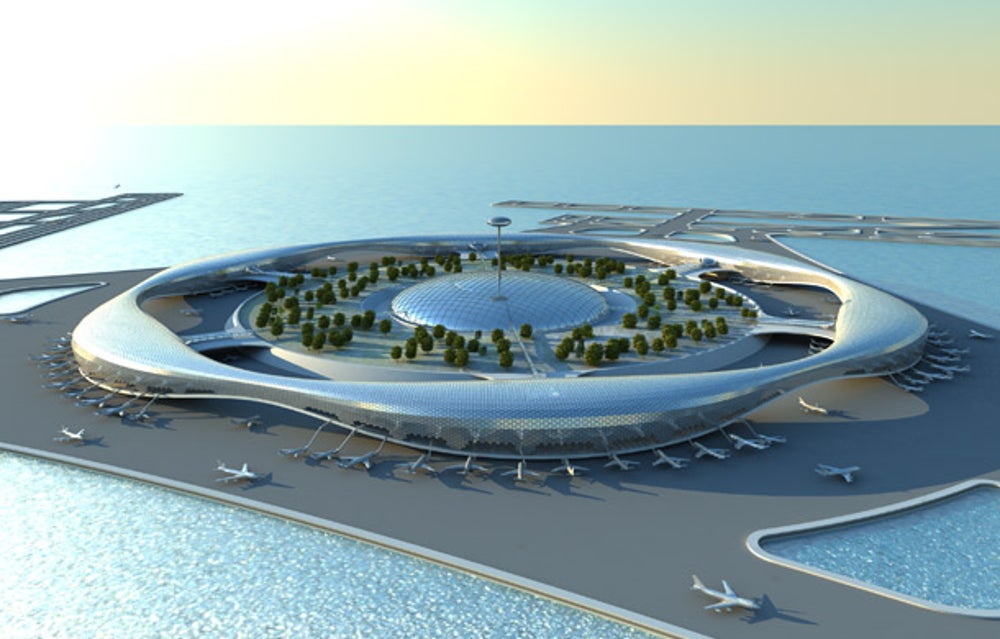 Islands unto themselves. First-time fliers into Denver often wonder, where’s Denver? Indeed, the surrounding farm fields are about 25 miles from downtown. “Airports have to build more like Denver because no one lives out [near the airport],” explains aviation expert and author Henry M. Holden, describing how many airports grew up before urban sprawl and big planes, and now find themselves hemmed in by lack of space and noise regulations.

The current debate about expanding London’s Heathrow Airport has produced plans that include constructing a new one in the Thames estuary. Grimshaw Architects, a global practice with aviation credits including expansions at Heathrow and Zurich, produced a fantasy design for LaGuardia that features a manmade island airport surrounded by water with runways approachable from four directions. 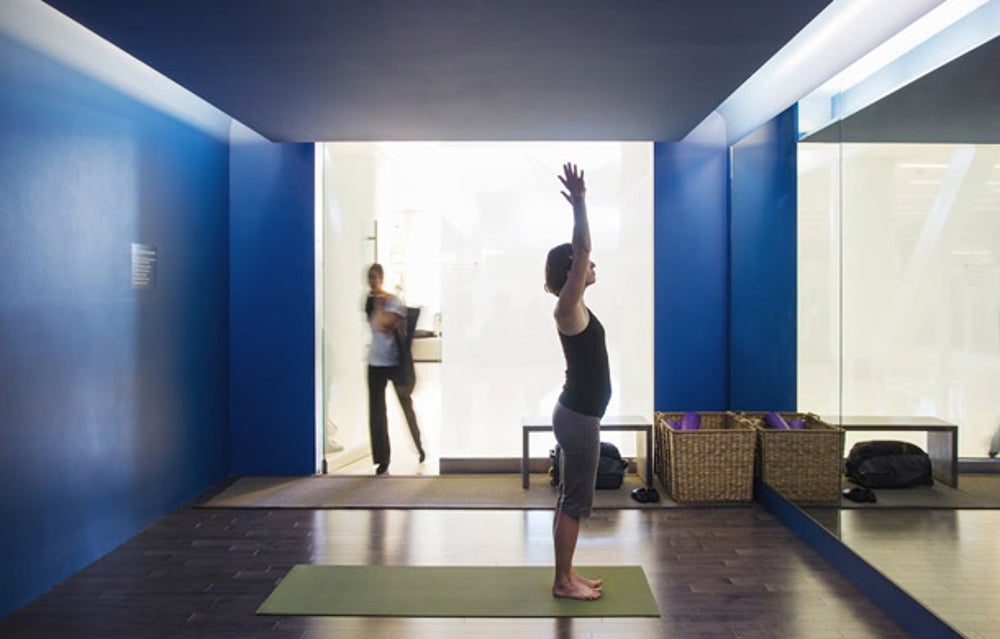 Wellness by design. Good airport design will, increasingly, aim to reduce stress on the part of travelers. After the TSA screening area, Gensler, a global architecture firm with expertise in aviation, often “creates peaceful places to regroup, a space to go to recompose yourself mentally and physically,” said Pat Askew, a principal, singling out the light- and art-filled buffer post-security at San Francisco International’s Terminal 2.

As natural as possible 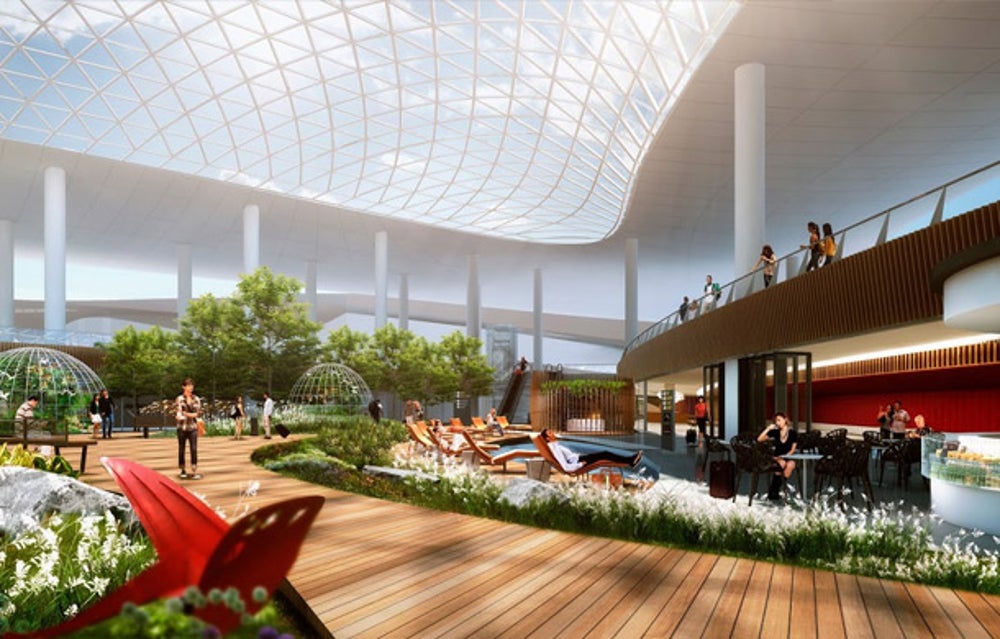 As natural as possible. Singapore and Zurich point the way ahead: more outdoor space. Grimshaw’s fantasy island airport rings a large outdoor park. Gensler’s design for a new terminal under construction at Korea’s Incheon International Airport features two major indoor gardens illuminated by skylights with waterfalls and koi ponds, features that, according to Keith Thompson, another Gensler principal, “all help bring a sense of peace and calm to the travel experience.” 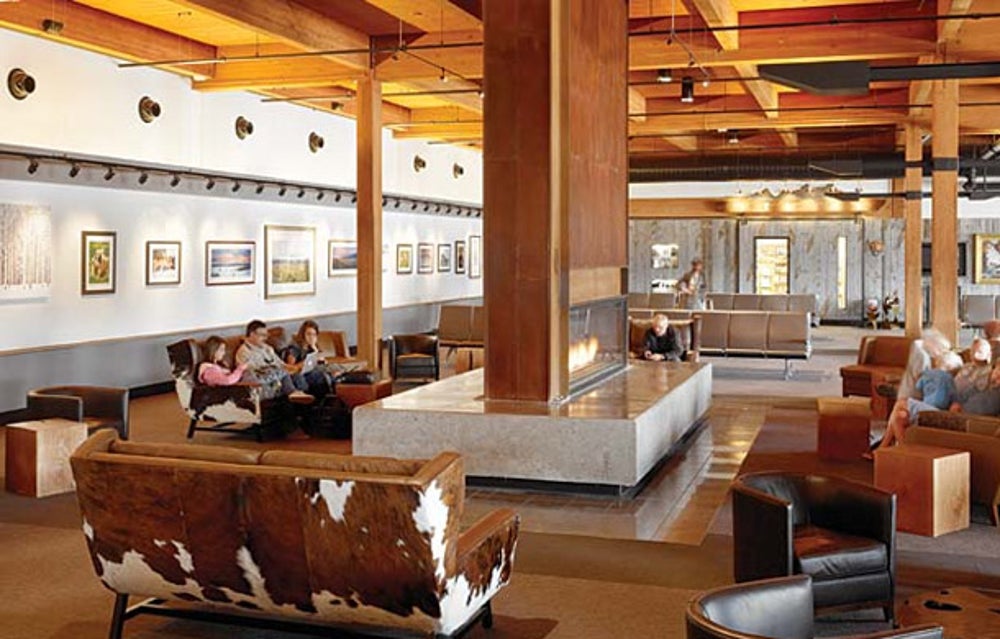 Locally distinct. Airports may be necessary evils for most travelers, but why settle for generic when indigenous is more interesting? Design that provides a sense of places ranges from the mountain lodge style of Jackson Hole Airport in Wyoming, to the sleek San Jose International, gateway to Silicon Valley. The tenants matter too: The new Tom Bradley International Terminal at Los Angeles International raises the local-ism bar with a roster of restaurants from LA chefs including Michael Voltaggio and Suzanne Goin, and brands including Freg Segal and Bliss stores.

Integrate the airport with the city 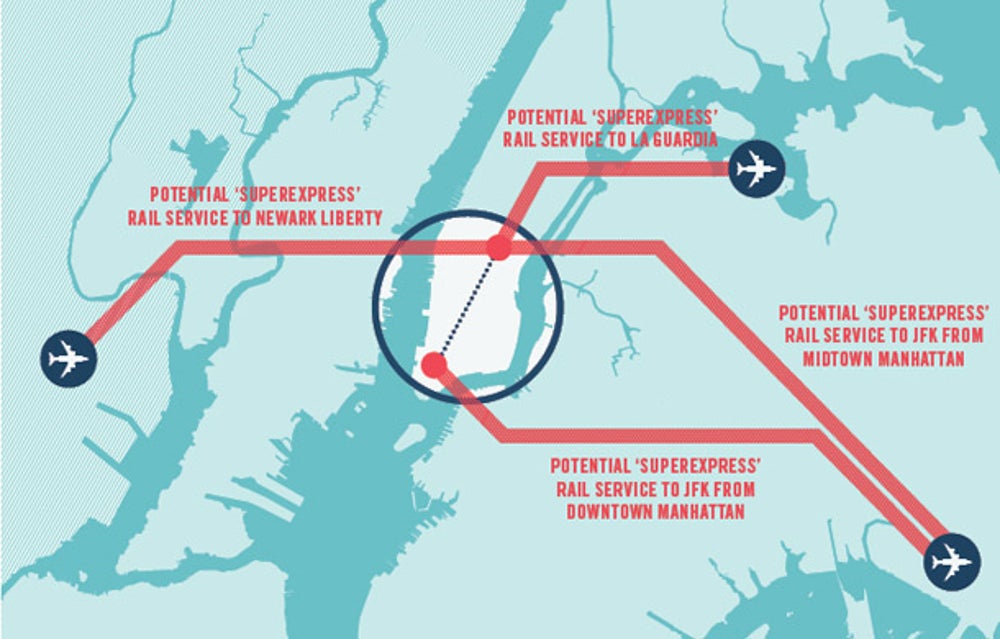 Integrate the airport with the city. Andrew Whalley, deputy chairman at Grimshaw, doesn’t talk about hub airports, but “hub cities” that link airports to city centers via high-speed rail. In New York, Grimshaw produced a plan for the Forum for Urban Design featuring fast subterranean rail links between Manhattan and New York’s two airports as well as Newark that are separate from existing rail lines. “Investing in a really good rail system benefits everyone who lives in the city and uses it every day,” he said. And for travelers, “Instead of an airport shop, you’d have Fifth Avenue.”