LAS VEGAS – No doubt about it, the Consumer Electronics Show is massive. This year’s big tech show features more than 3,500 exhibitors and is expected to attract more than 160,000 industry professionals. It’s all wonderfully exhausting.

For all the people who are in Sin City this week, basking in the glory of the tech mecca that is CES, many others simply couldn’t budget the cost or the time.

Not to worry. Entrepreneur is here, soaking in all the shiny new gadgets and weird tech that we can -- and sharing it with you. For those of you who aren’t here in the desert, we offer you a quick insider’s look into all the action. 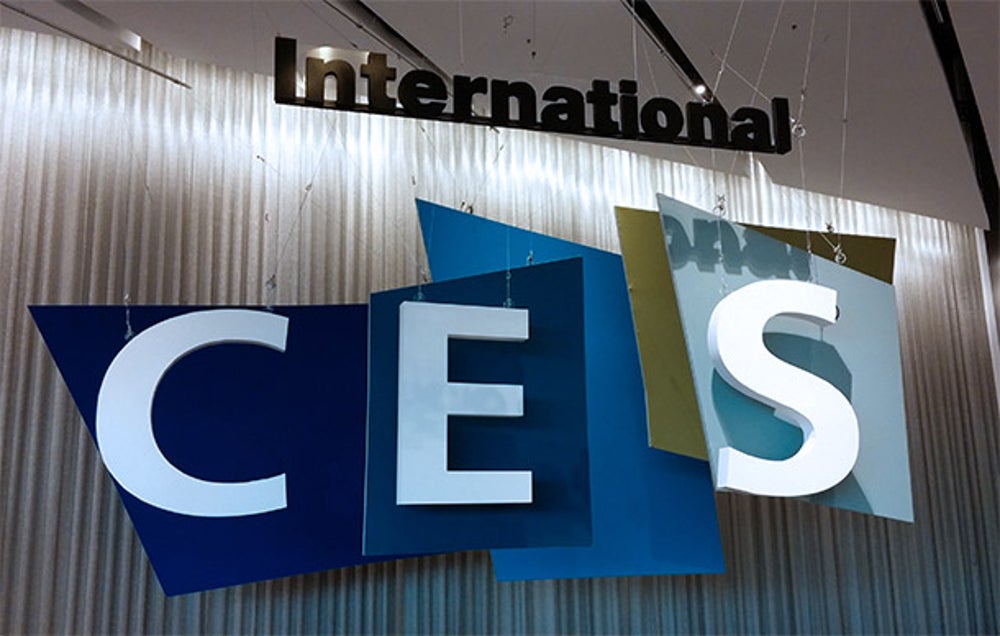 The show kicked off Monday with press day and officially on Tuesday for the masses.

Related: Shiny New Gadgets to Smart Homes and Beyond: A CES 2015 Preview 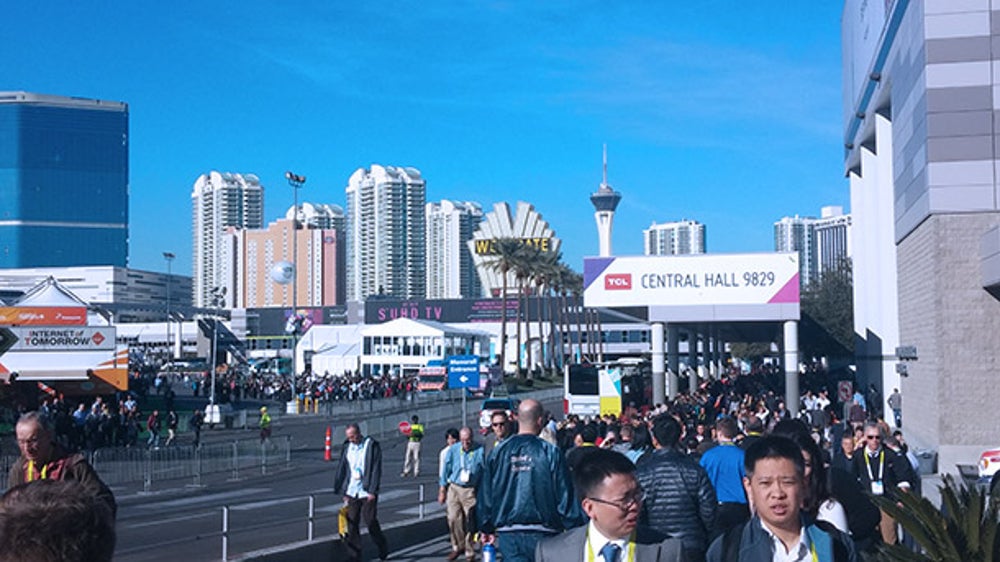 On Tuesday morning, attendees were already flooding in. 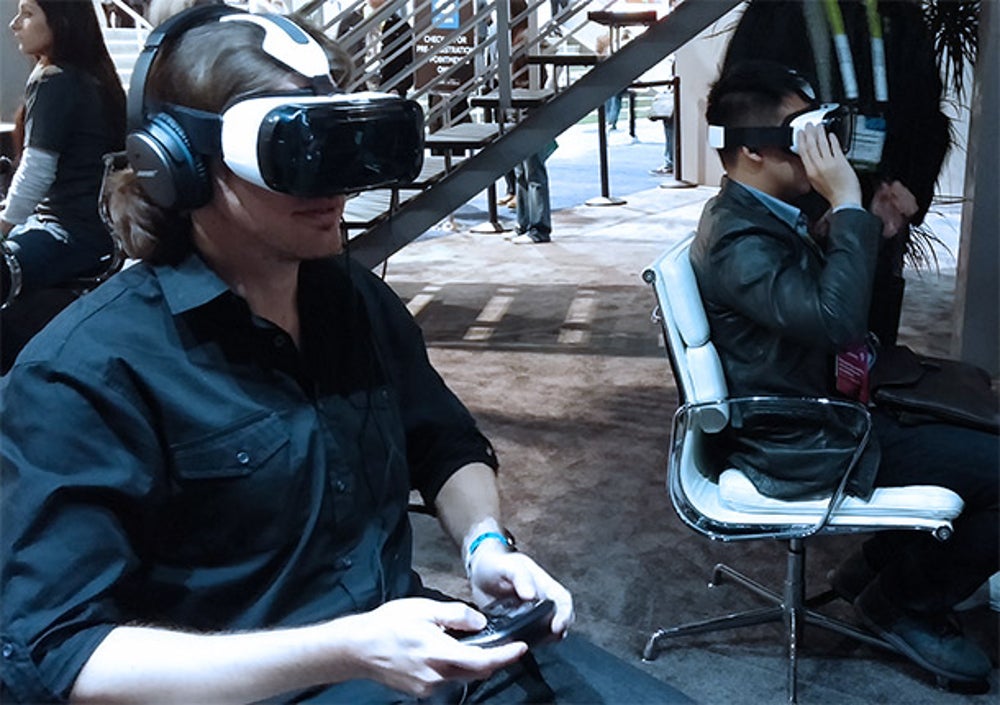 There’s so much tech here, it’s difficult to know where to begin. Here’s a look at some people trying out Oculus virtual-reality technology. Specifically, they’re test-driving the Samsung Gear VR headset, which is powered by Oculus. 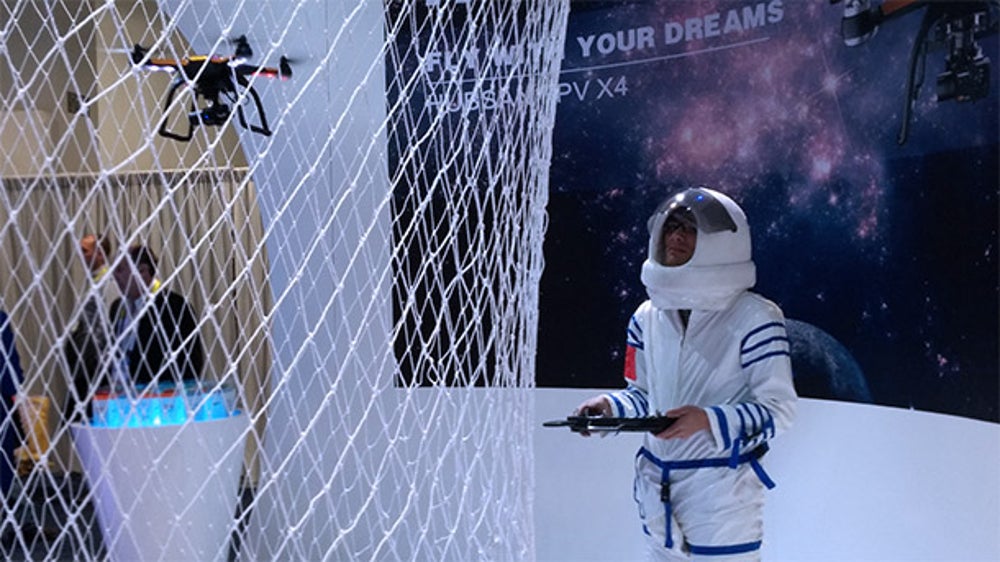 Drones have a big presence at CES this year. We encountered this guy in a space suit operating a drone. Because why not, right?

And then Parrot’s mini drones put on a show. Fun. 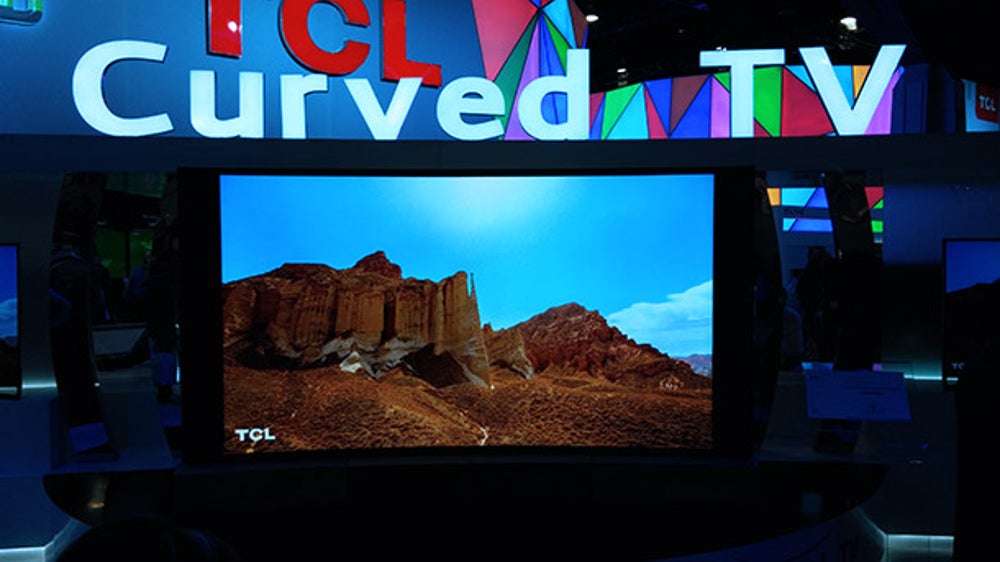 All the big tech companies are showing off their new lines of TVs. Curved displays are pretty big this year. Does your TV have that edge? 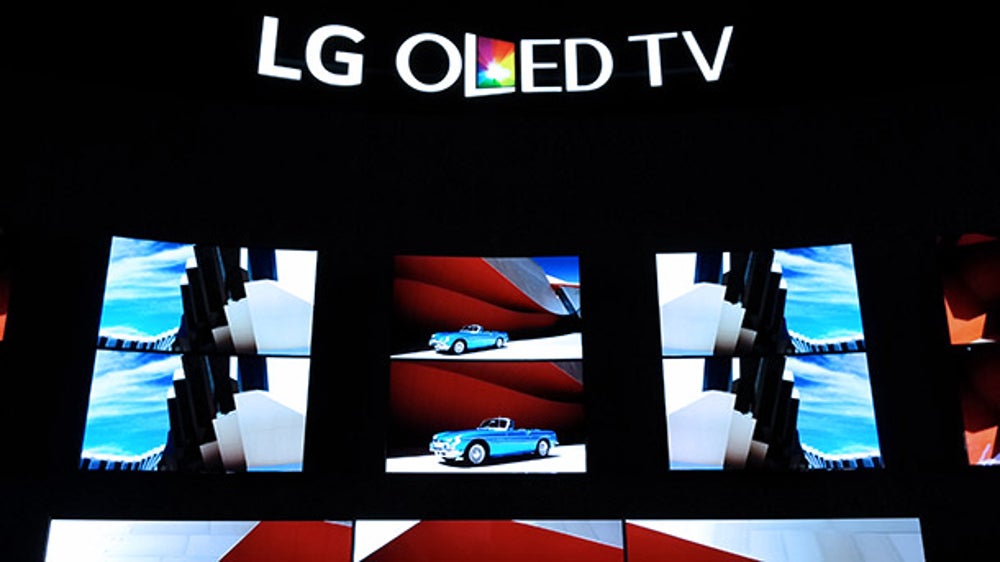 Then there’s LG’s series of OLED 4K TVs. They really are as breathtaking as you’ve heard they are. 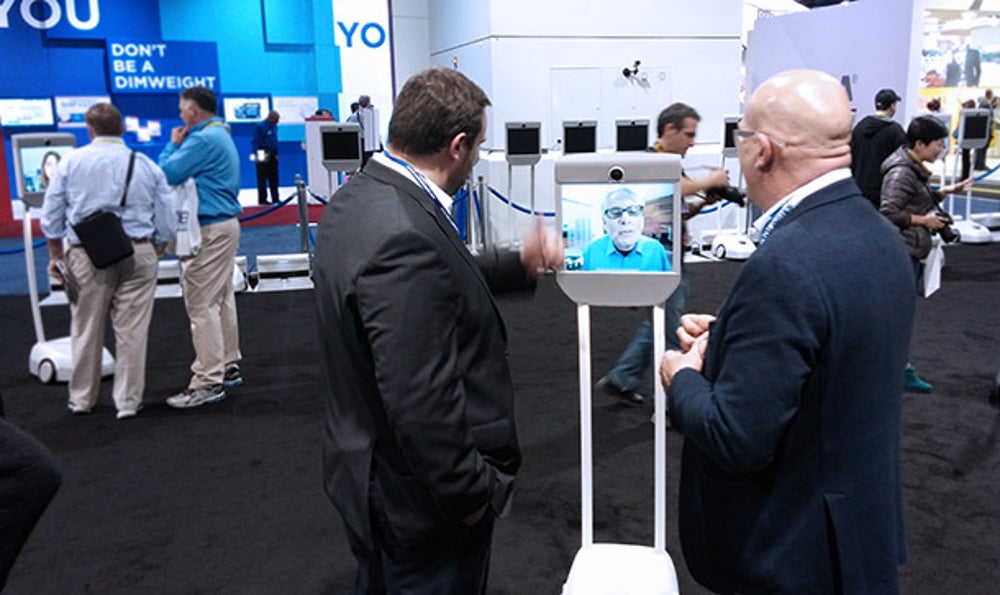 This is happening at CES this year: Attendees having conversations with real people via stand-in robots (on wheels). This one comes courtesy of the team at BeamPro. 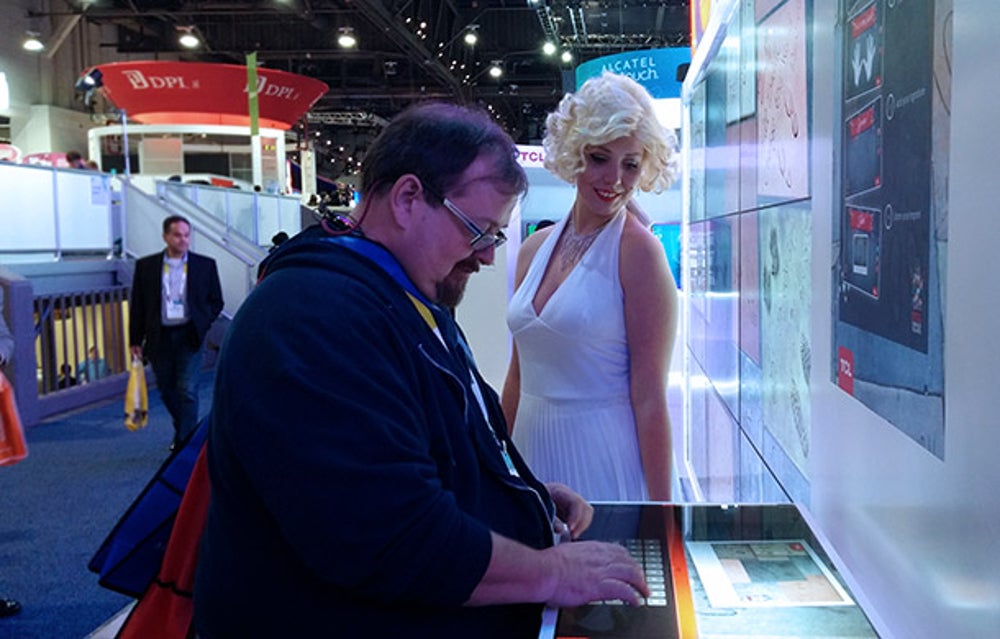 Even this year, the “booth babe” is a staple for many exhibitors at CES. Here’s a more modest, retro take on the go-to attention getter.

Related: Meet Some of the Hottest Startups Melding Fashion and Tech 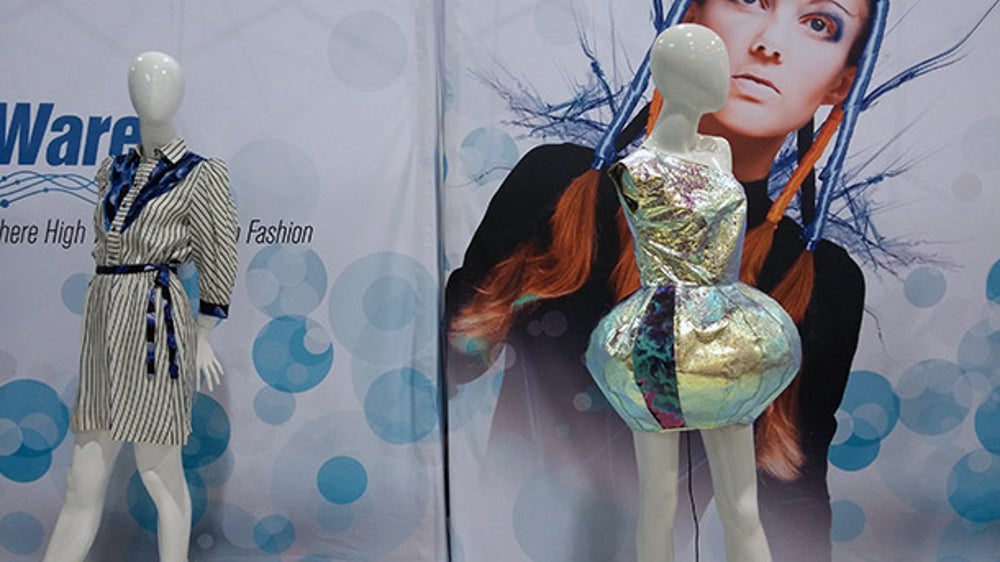 Fashion, meet tech. The dress on the left changes color depending on the temperature. The one on the right lights up when music is played. Practical? Meh. But it’s something worth checking out. 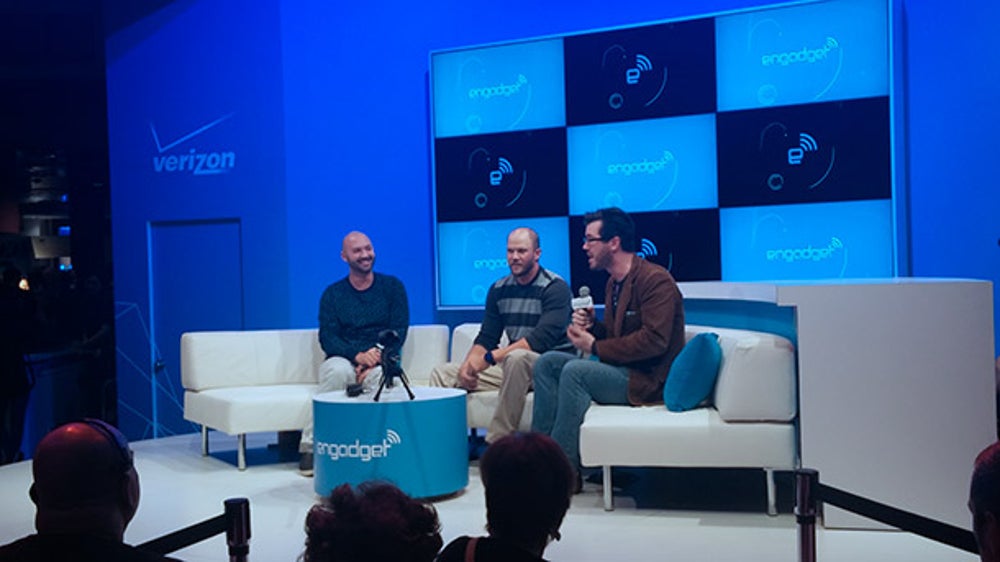 As you might imagine, the tech press is all over the place. Here, our friends at Engadget are conducting one of many interviews. 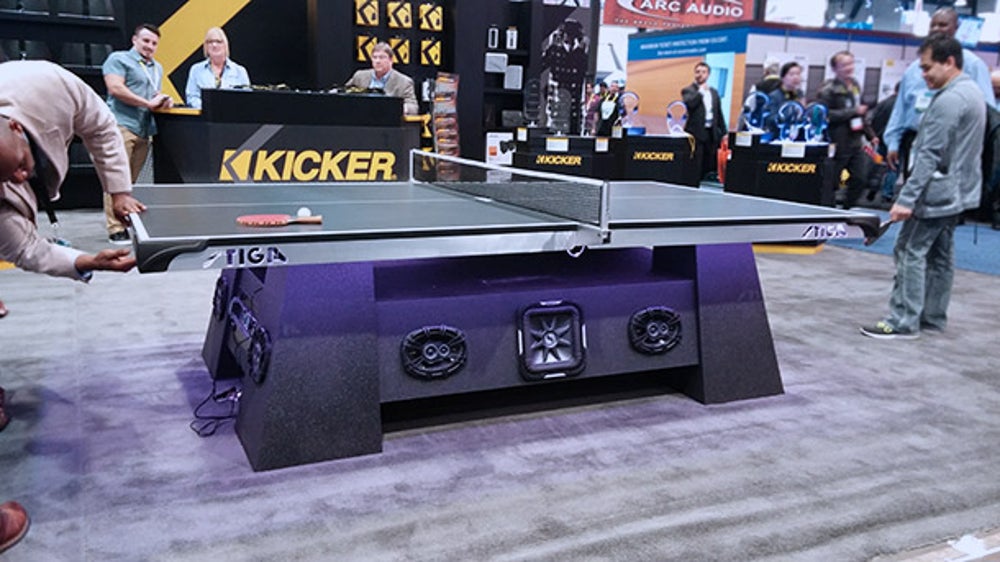 wishing this was me right now... #CES2015 pic.twitter.com/oqRlKKaJt7

After a long day of walking what feels like miles and miles of tradeshow floor, lots of people are ready for a rest -- myself included. 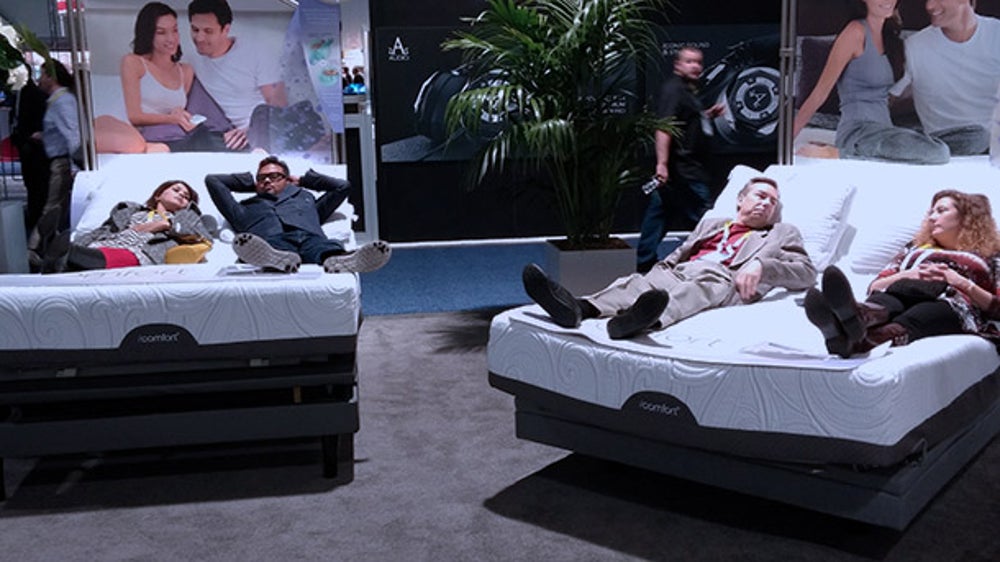 Or even better still.

Related: How Technology Is Ruining Sleep -- and How to Fix the Problem (Infographic)