9 Iconic Inventors Who Changed the World

Mark Zuckerberg, Elon Musk, Steve Jobs and more -- these nine visionaries have made their indelible marks on the way we live.
Next Article

For an invention to leave a significant mark on history, its impact needs to be major. Understandably, this doesn’t happen very often. Which means when it does happen, we should celebrate it.

With that in mind, we wanted to highlight inventors who more than cleared the bar. The following nine individuals all created something powerful enough to change our habits, the way we think and, ultimately, the way we live. 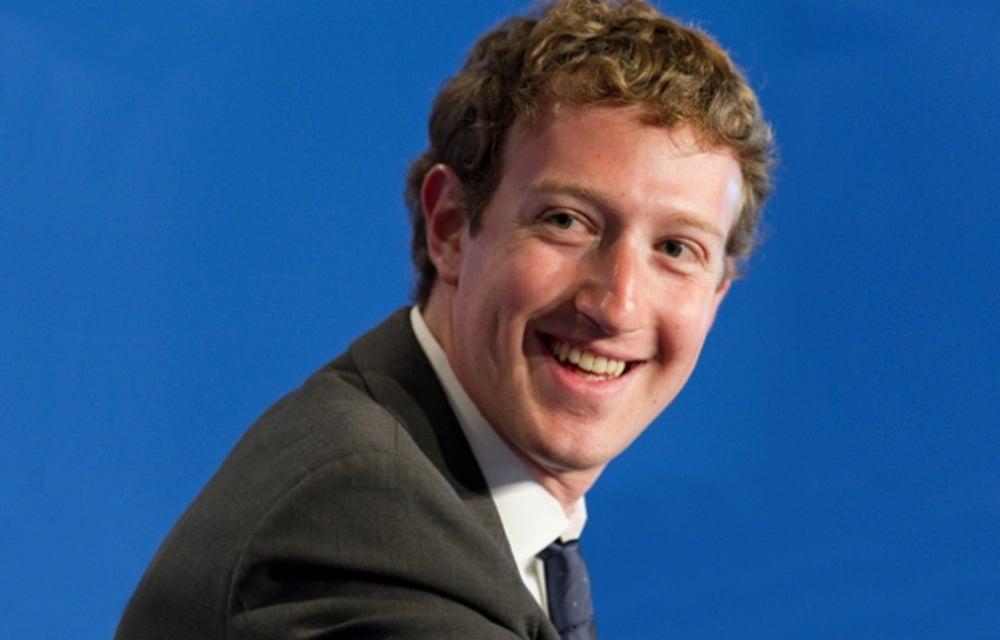 At age 31, Mark Zuckerberg is one of the world’s youngest billionaires worth more than $46 billion. As the co-founder and CEO of Facebook, he also helms the world’s most popular and influential social media site that, as of January, had more than 1.5 billion active monthly users.

Zuckerberg developed the social networking site with friends while an undergrad at Harvard, ultimately dropping out his sophomore year to focus on Facebook full-time. He opened an office in Palo Alto, Calif., where he raised $12.7 million in venture capital.

Since then, Zuckerberg has aggressively grown the company, which went public in 2012. Not only has he developed a robust advertising and sales arm, but he has rigorously built out Facebook’s capabilities and user bandwidth by enabling native video services and live streaming. Zuckerberg also spearheaded a number of acquisitions, including Instagram, Oculus VR and a Snapchat-like app called Masquerade.

The young mogul, who recently became a father, has also grown into an outspoken philanthropist. Through the Chan Zuckerberg Initiative, Zuckerberg and his wife have donated hundreds of millions of dollars toward health and education initiatives.

Related: How to Find Your Hidden Creative Genius 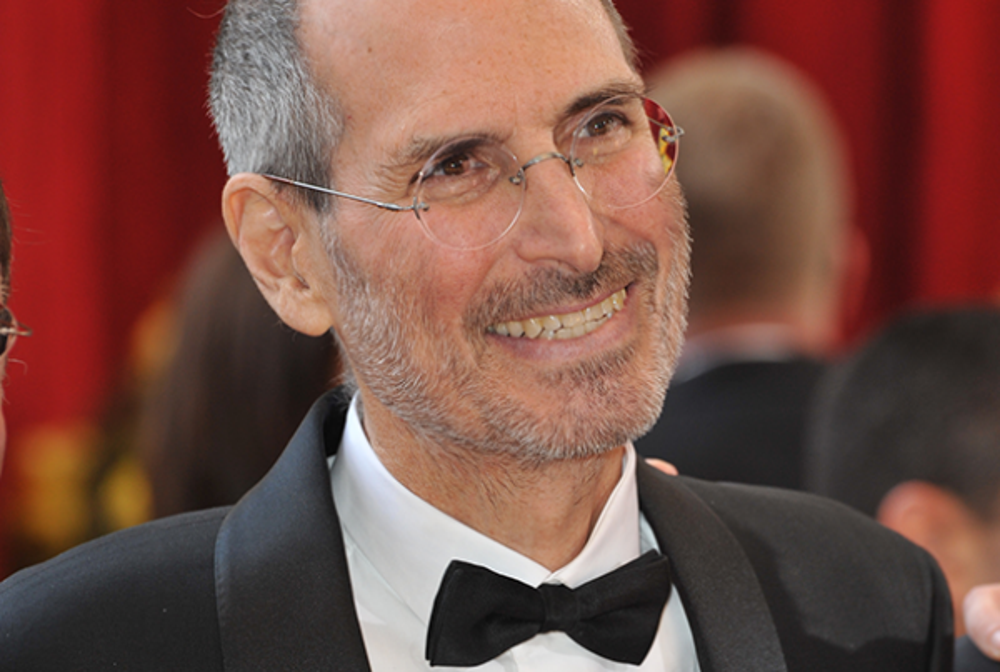 Steve Jobs’ narrative is one of big failures and even greater redemptions. The Reed-college dropout started Apple Computer in his parents’ garage in Palo Alto, Calif. with engineering buddy Steve Wozniak in 1976. Their mission? Build a personal, portable computer that everyone could use. They achieved that with their second model of personal computer, the Apple IIc.

In 1980, Apple went public with a market value of $1.2 billion by the end of its first day of trading. However within five years, following a series of disappointing products and sales, Jobs was forced out of the company.

Undeterred, he started NeXT, a computer and software company. Around this time, he invested $5 million in Pixar, the animation arm of George Lucas’s film company. He continued to increase his investment, until he controlled the company. It proved a smart decision: Pixar went on to develop multiple smash hit franchises, including Toy Story, Finding Nemo and The Incredibles.

Job’s stock was looking up and continued to rise. In 1996, NeXT was purchased by Apple and the following year, Jobs was asked to return to the beleaguered Apple and acts as its interim CEO -- a position he held until shortly before his death in 2011.

During his tenure as chief executive, Jobs broadened the scope of Apple’s products, transforming the company to one of the most successful companies in the world valued at upwards of $300 billion, thanks to the success of the iPhone and iPad. 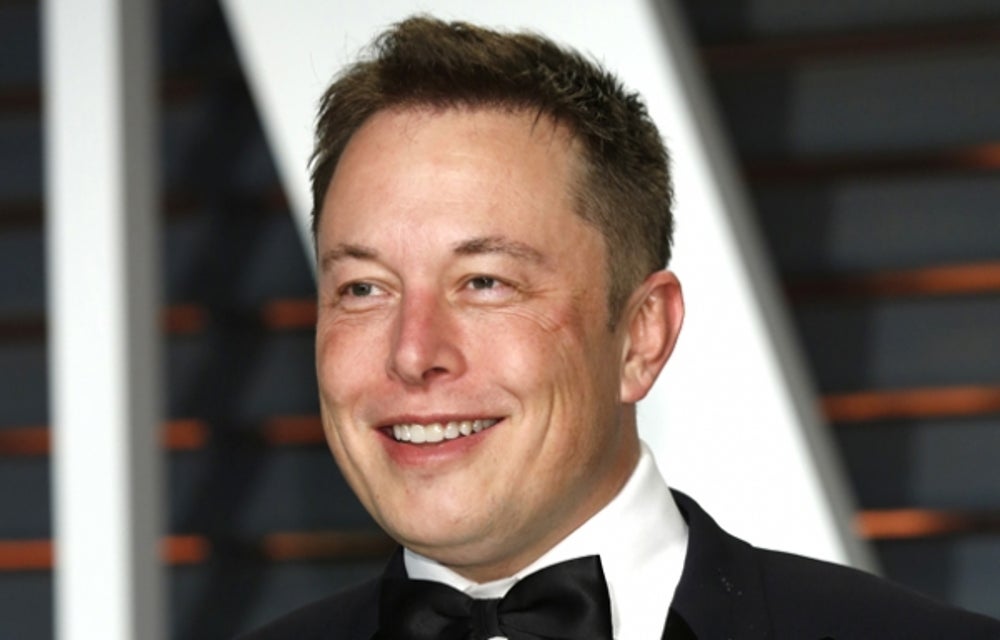 Elon Musk has been referred to as “the Henry Ford of rockets.” The South African-born tech entrepreneur is mythologized for a lot of things -- among them, serving as the inspiration for tech industrialist Tony Stark’s character in the Iron Man film franchise -- but he’s probably best known for his attempt to conquer private space travel with SpaceX.

Musk founded the aerospace company in 2002 in order “to revolutionize space technology, with the ultimate goal of enabling people to live on other planets,” according to the company website.

SpaceX is planning to launch its newest rocket -- named the Falcon Heavy, the most powerful operational rocket in the world with reusable launchers -- in November 2016.

Most people would be too busy running SpaceX to focus on other projects. But Musk isn’t your typical dude. In addition to SpaceX, the entrepreneur serves as chief executive of Tesla Motor Co., an electric car company, is chairman and co-founder of SolarCity and is working to build a high-speed “Hyperloop” transportation system, which -- in theory -- could revolutionize travel by cutting commute time from Los Angeles to San Francisco to 30 minutes. 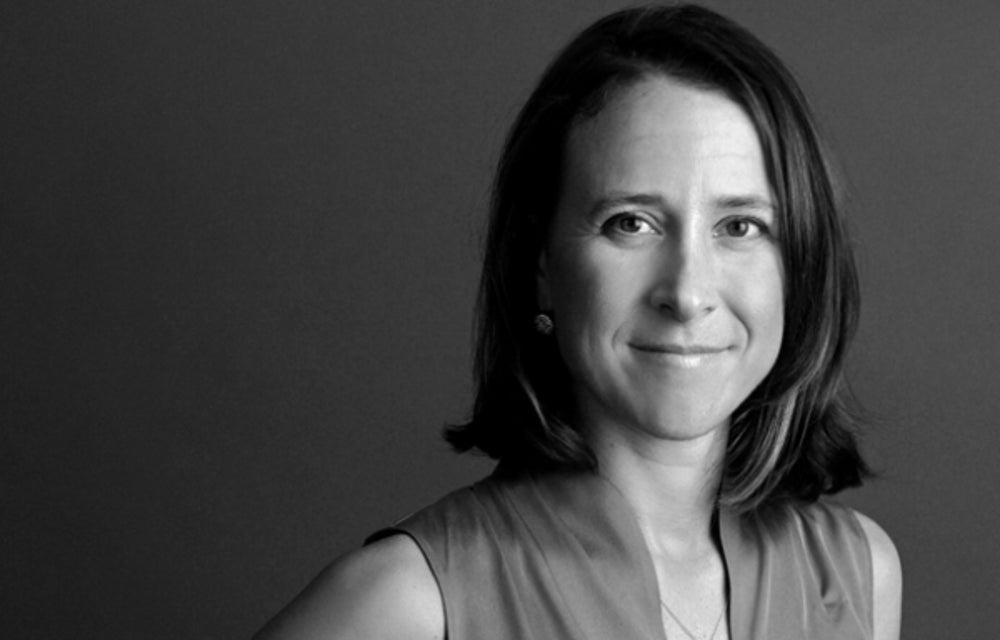 Anne Wojcicki is the co-founder and CEO of 23andMe, which sells direct-to-consumer genetic testing kits that are easy to use -- it simply requires that you mail in a saliva sample -- and relatively inexpensive, at $199 a test.

The company’s genome kit, which was named "Invention of the Year" by Time magazine in 2008, tests for 36 recessive disorders, including sickle cell anemia and cystic fibrosis.

In 2013, the company ran into trouble when it was ordered by the FDA to stop selling its kits over questions about the reliability of the results. Instead of throwing in the towel, Wojcicki worked closely with the agency to prove that the tests were accurate; in 2015, 23andMe launched an FDA-approved testing kit.

The company continues to innovate, recently raising $115 million (at a $1.1 billion valuation) to develop its drug-discovery arm. 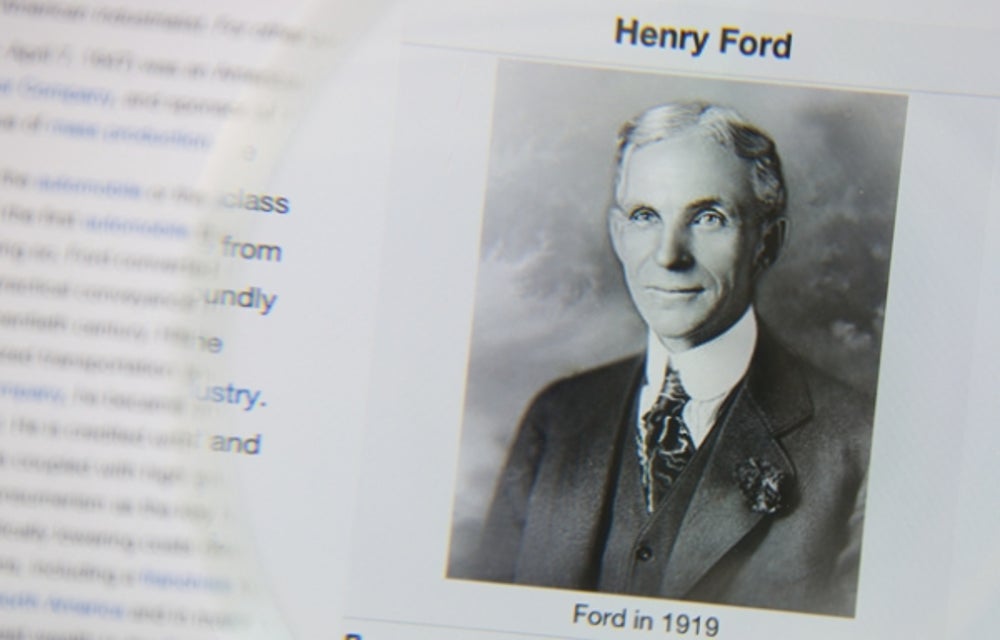 At the turn of the century, automobiles were regarded as toys for the very rich. Henry Ford was intent on changing that. At the age of 40, after two failed, previous attempts, the Michigan-born engineer took another shot at building a powerful, but affordable and reliable, mass-produced car.

The end result was the Ford Model T, which sold for approximately $850 in 1908. While the car quickly won over customers, Ford was unable to meet the growing demand thanks to his company’s limited production capacity. And so the automobile industrialist focused on innovating the assembly-line process. Over the next decade, he made automobile manufacturing more efficient and less costly with modifications such as adding an automated conveyor belt and training each worker to perform a single task.

By 1919, the self-taught pioneer with an eighth-grade education was producing more than half the cars in the U.S. By lowering the cost of the automobile -- eventually to $350 -- he made cars part of the fabric of middle class America. 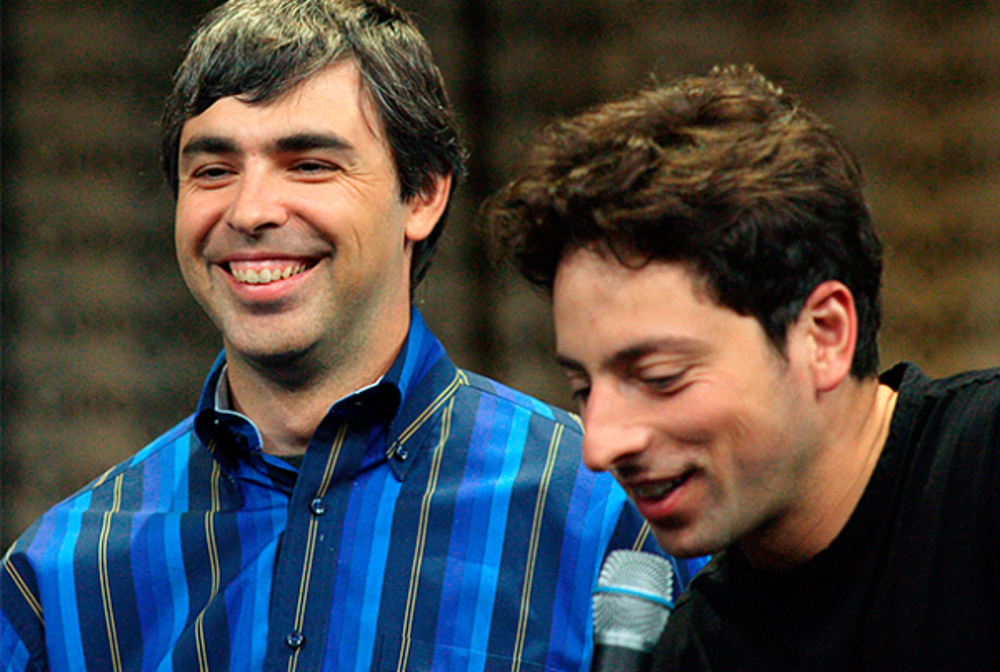 “Sergey and I are seriously in the business of starting new things," Google co-founder Larry Page said in a letter to the public announcing the creation of Google’s parent company, Alphabet, back in August 2015.

Alphabet’s two co-founders, Page and Sergey Brin, met as Ph.D. students at Stanford University in 1995. Shortly after they collaborated on Backrub, a search-engine company, while living in a friend’s garage in Menlo Park, Calif.

The tech duo eventually changed the name of their search engine from Backrub to “Google” (thank god) and revolutionized the search-engine industry by using a new algorithm that ranked a webpage based on its back links (i.e. links on other websites that refer back to a given webpage). Up until then, many existing search engines used human-curated results.

In 2004, Google went public. Since then, the company has diversified, rolling out products including Gmail, Google Maps, Google + and Google Glass. The company is also developing products in the self-driving car, robotics, life sciences and AI industries, among others.

With so many simultaneous projects, the founders created Alphabet, a parent company, in 2015 that serves as a holding entity to its many subsidiaries, including Google. Brin serves as Alphabet’s president and Page is its CEO. 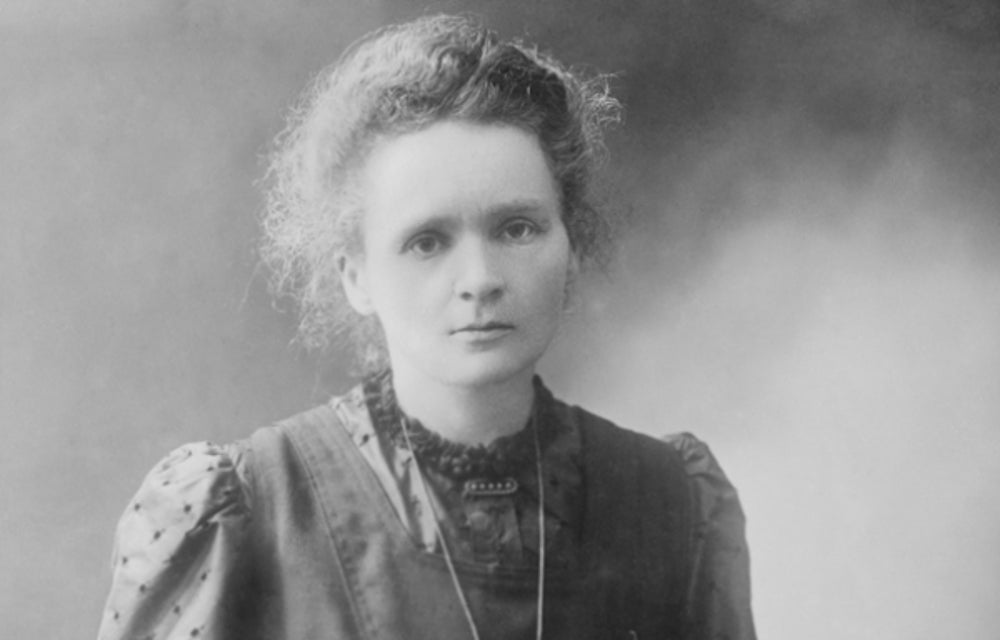 Physicist and chemist Marie Curie, who was born in Warsaw, Poland, in 1867, was a standout individual. That she was a woman living during a time when science was an industry almost exclusively reserved for men makes her accomplishments even more impressive. In the face of convention, Curie became the first female professor at Sorbonne University in Paris, where she taught physics.

Tragically, it was her groundbreaking work that killed her. She died in 1934 due to aplastic anemia, which is caused by prolonged exposure to radiation.

Her contribution to society lives on, however. Curie founded two cancer research institutes, one in Paris and one in her birth-city of Warsaw, which remain critical biomedical research centers for cancer research today.

Related: How to Change Your Beliefs and Stick to Your Goals for Good 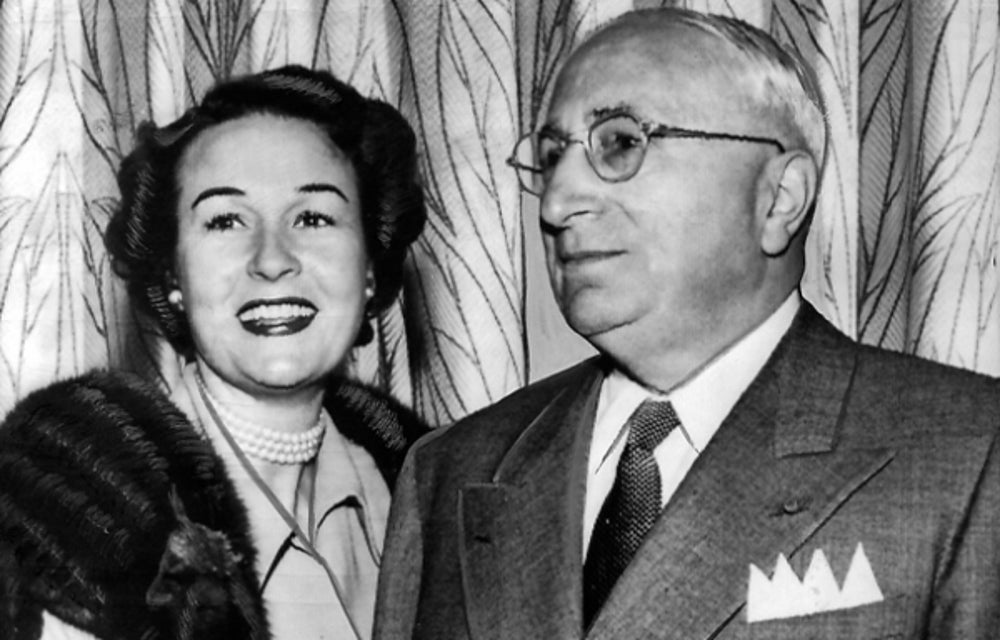 Metro Goldwyn Mayer (MGM) movie mogul Louis B. Mayer, born in Russia, was responsible for iconic American films such as Ben Hur, Singing in the Rain, Gone with the Wind and Wizard of Oz. Mayer left school at the age of 12 and stepped into the role of breadwinner at a young age, supporting his parents and four siblings by, among other things, collecting heavy scrap metal for resale during brutally cold Canadian winters in New Brunswick.

The ambitious Mayer eventually moved to Boston at the age of 19 to expand the family’s scrap metal business. Once there, he pounced on an opportunity to purchase a rundown burlesque hall, which he converted into a 600-seat movie theater. The theater was a huge success, which eventually allowed him to take over the entire New England movie theater market.

However, it wasn’t until 1914 that he hit gold. Mayer purchased the New England rights to D.W. Griffith’s Birth of a Nation for $50,000. The movie was a smash hit, making Mayer a cool $500,000. In 1918, he moved to Los Angeles and formed the Louis B. Mayer Pictures Corporation. Around this time, business magnate Marcus Loew and film producer Samuel Goldwyn merged companies to form Metro-Goldwyn film studios for which Mayer was asked to head. He agreed -- with the caveat that his name be added to the studio’s name.

Hence the birth of Metro Goldwyn Mayer, which he ran for nearly three decades. MGM had the distinction of being one of the few movie studios that not only used technicolor but also remained profitable during The Great Depression.

Become an Inventor, Just Not a 'High-Maintenance' One

The Inventor of the George Foreman Grill Sets the Record Straight

The Keurig K-Cup's Inventor Says He Feels Bad That He Made It. Here's Why.