During his life, Albert Einstein transformed the world of physics. He was recognized countless times for his contributions to the sciences and was awarded the Nobel Prize in Physics in 1921.

Born March 14, 1879, the German-born scientist was one of the most significant individuals of the 20th century.

In celebration of his birthday, here are 12 things you probably never knew about Albert Einstein.

He was offered the presidency of Israel -- and declined.

Despite the generous offer, Einstein declined the presidency of Israel in 1952. In his reply, he said: "I am deeply moved by the offer from our State of Israel, and at once saddened and ashamed that I cannot accept it. All my life I have dealt with objective matters, hence I lack both the natural aptitude and the experience to deal properly with people and to exercise official functions."

Einstein died because he said no to life-saving surgery. 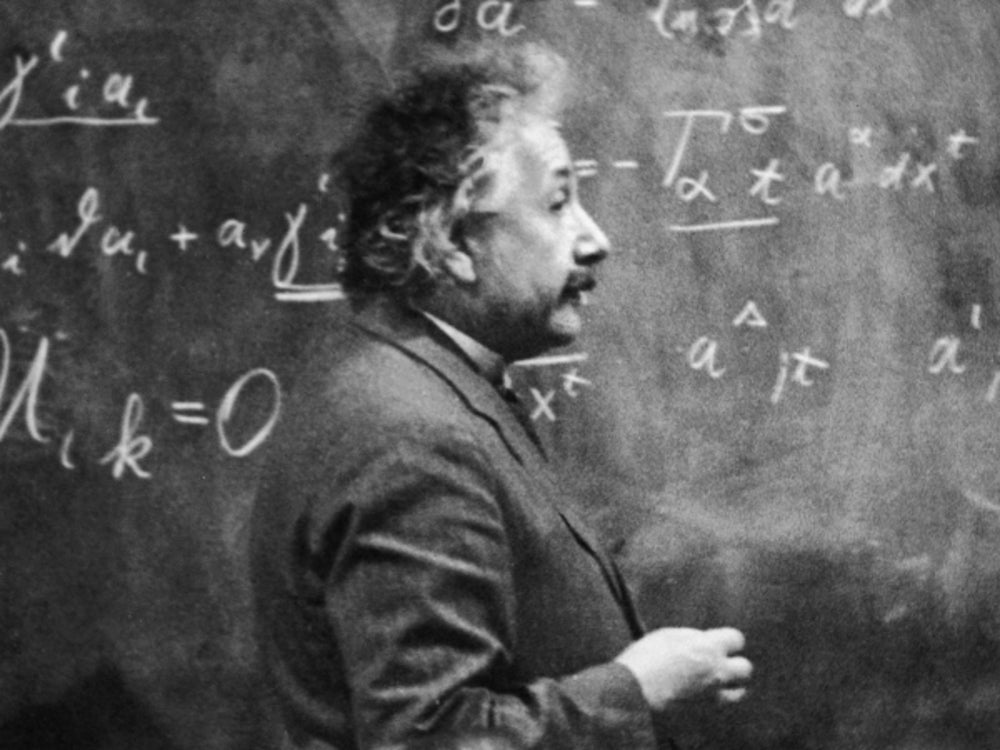 On April 17, 1955, Einstein experienced an abdominal aortic aneurysm, resulting in internal bleeding. Upon being offered surgery, he said: "I want to go when I want. It is tasteless to prolong life artificially. I have done my share, it is time to go. I will do it elegantly."

He died the following day.

His brain was illegally removed from his body and then lost for 50 years. 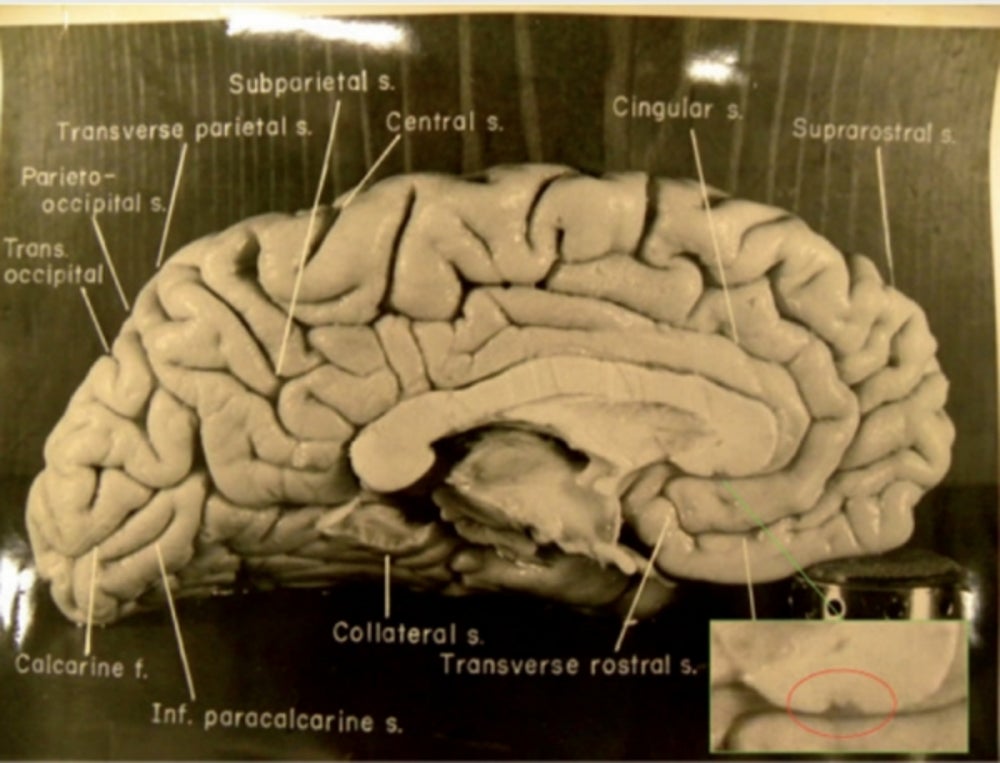 Dr. Thomas Stolz Harvey was the doctor who carried out the autopsy of Einstein, but no paperwork was ever found assigning Harvey to the procedure. The autopsy was performed illegal.

Seven hours after Einstein's death, Harvey set about removing Einstein's brain -- despite his final wishes stating to be cremated with his brain intact -- and kept it for himself, but no one knows why.

You can read the full story story here on Business Insider. 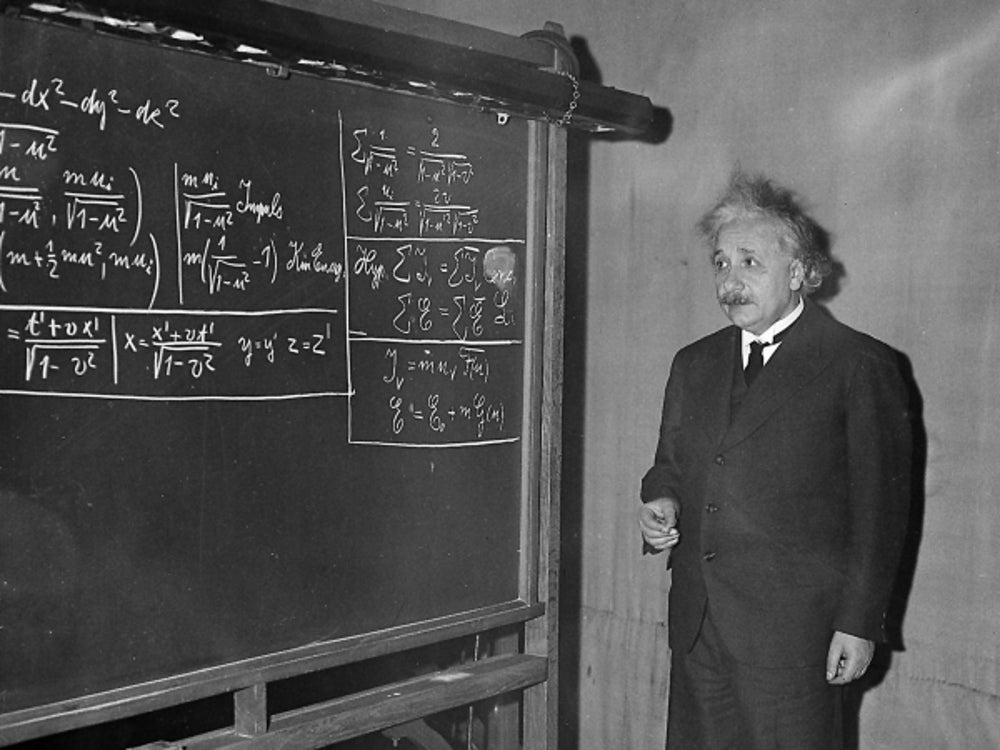 In 1935, the "Ripley's Believe It Or Not!" newspaper published an article headlined "Greatest living mathematician failed in mathematics," and the claim is still passed around to this day.

Einstein never failed math. He was shown the article and laughed: "I never failed in mathematics. Before I was 15 I had mastered differential and integral calculus."

The young Einstein was actually at the top of most of his classes and far exceeded the expectations of his teachers.

He had a daughter with his first wife, but there's no official record of what happened to her. 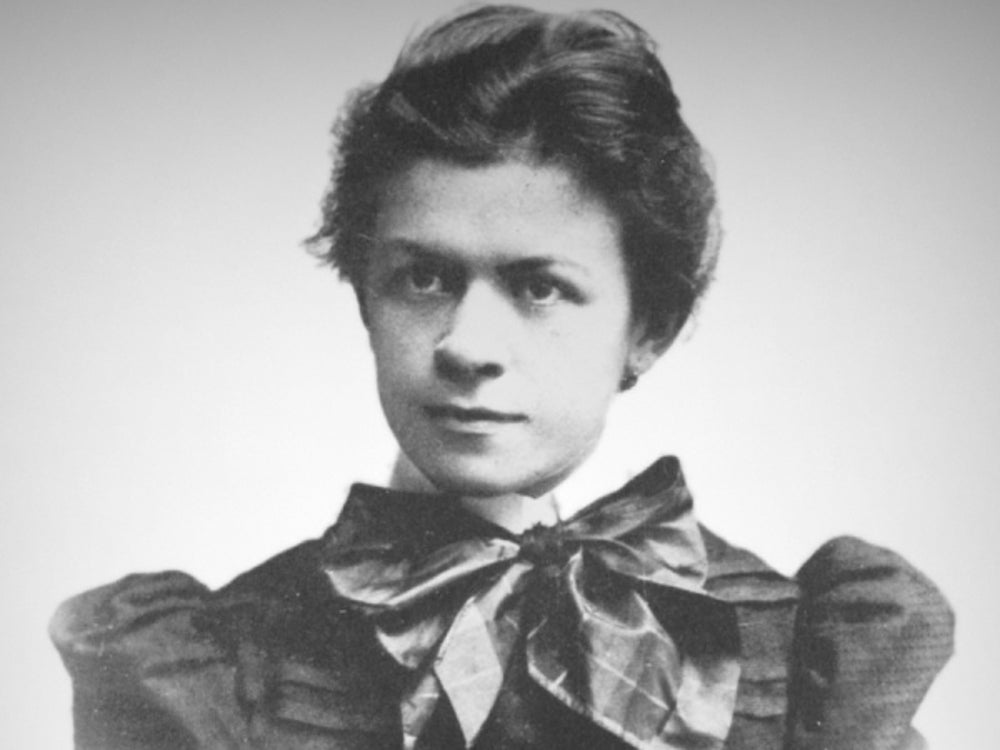 Liersel Einstein was the first child of Albert and his first wife, Mileva Maric. The only record of Liersel is in correspondence letters between her parents.

She was born out of wedlock in January 1902 and was not spoken of much. She's thought to have died September 1903 from scarlet fever.

Liersel is believed to have been born with mental disabilities and was last mentioned in a letter from Albert to Mileva, dated September 19, 1903, which suggested they were planning on giving her up for adoption before her death. "As what is the child registered?" asked Einstein. "We must take precautions that problems don't arise for her later."

After his first wife, he went on to marry his first cousin, Elsa. 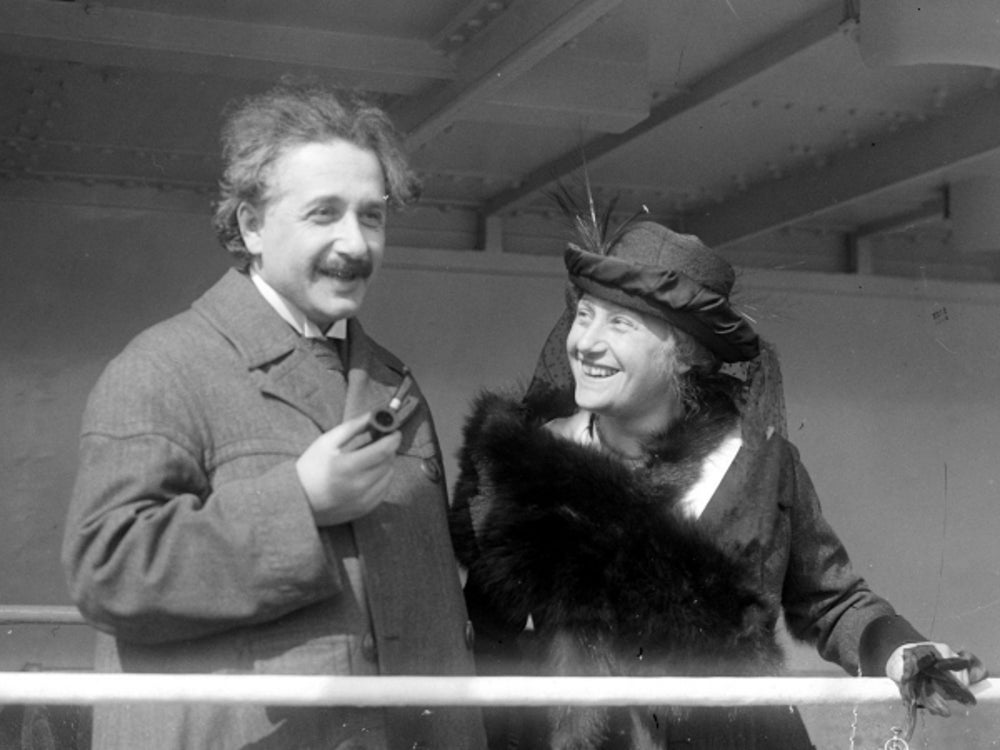 Albert eventually married Elsa, but they actually started dating while Albert was still married to his first wife, Mileva.

Einstein's divorce from Mileva wasn't finalized until 1919, seven years after he started dating his cousin.

He didn't win the Nobel prize for his most famous theory. 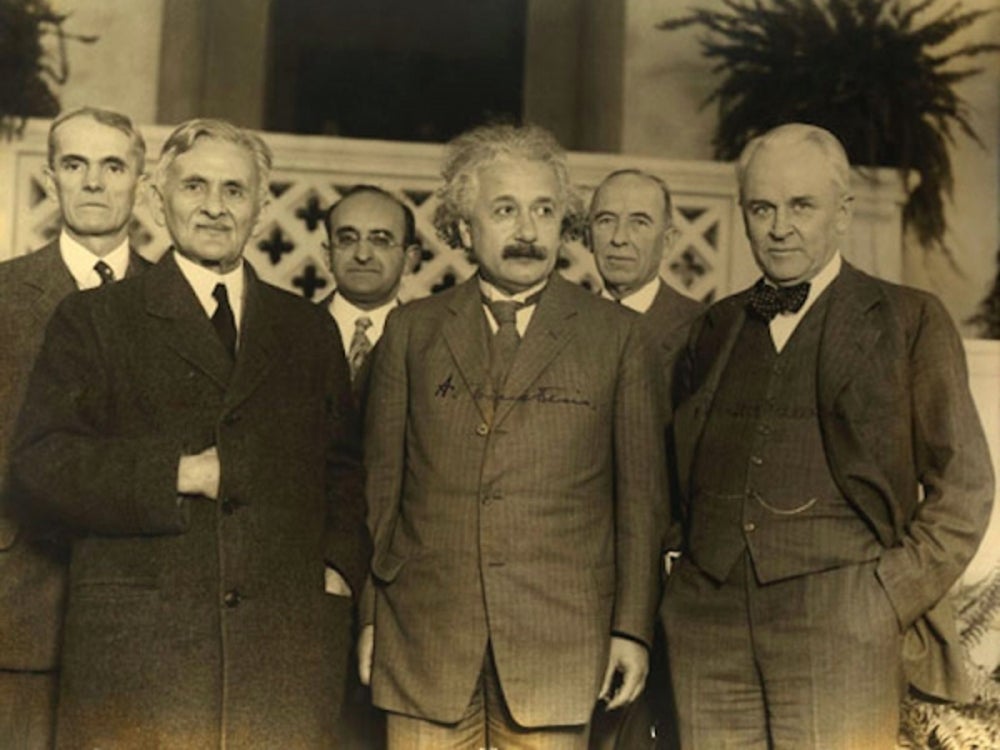 Image credit: nobelprize.org
Einstein's work on his famous theory of relativity isn't what won him the Nobel prize, it was his "services to Theoretical Physics, and especially for his discovery of the law of the photoelectric effect."

All the money from the prize went to his first wife as a divorce settlement. 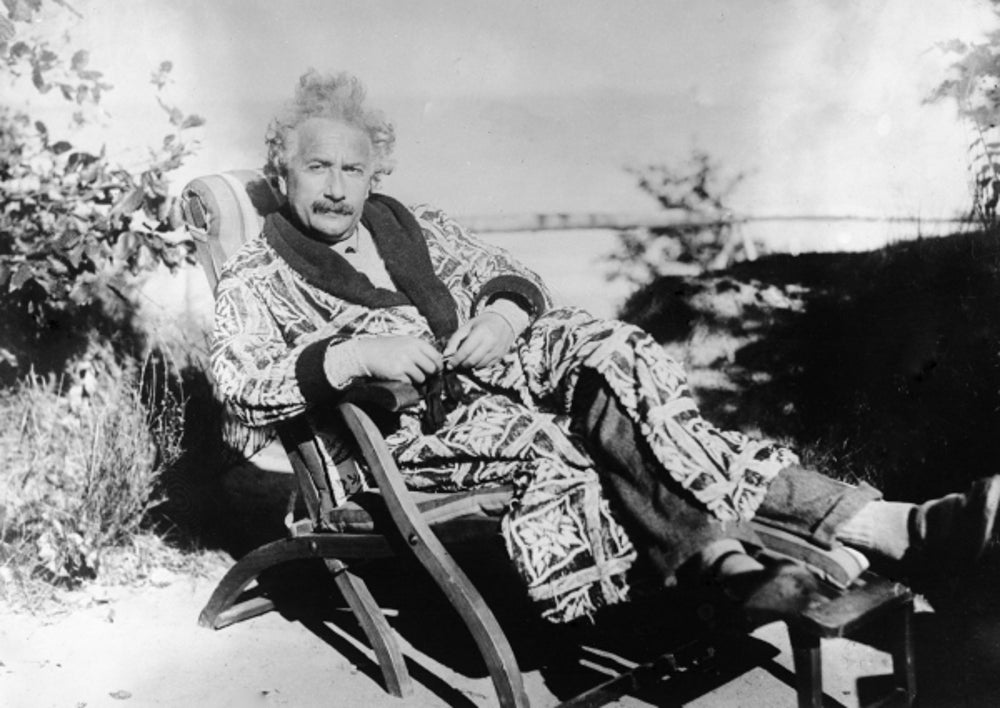 As part of the divorce settlement, the couple agreed that the money from the prize he anticipated he would win would go into a savings account for their sons, Hans and Eduard.

The money was eventually used to buy three houses in Zurich -- one for Mileva to live in, and two others as investments.

His eyes remain in a safe box in NYC. 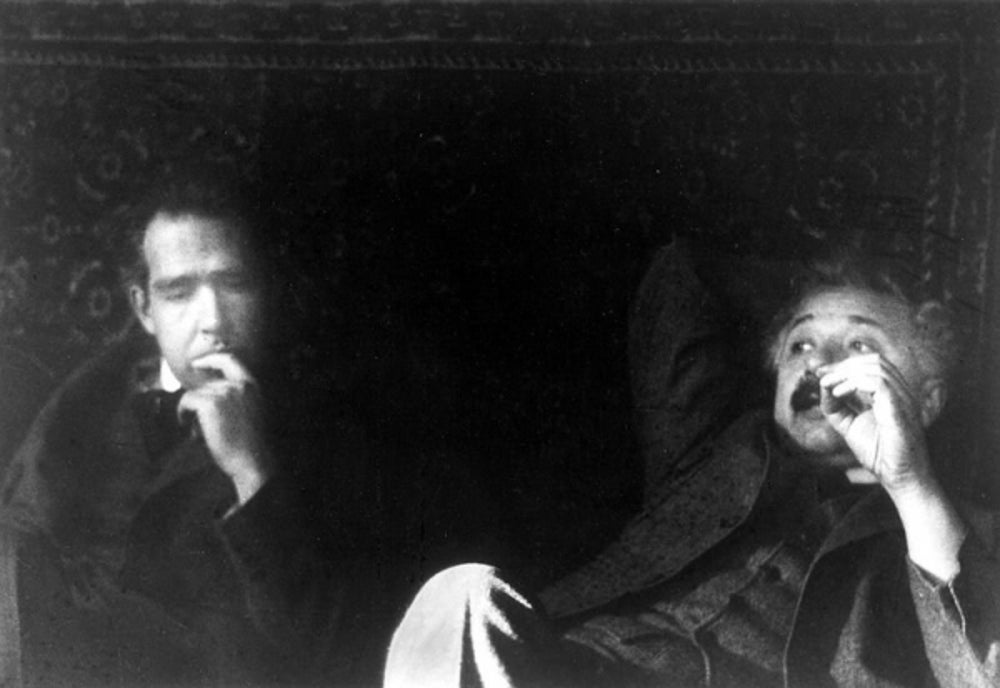 Image credit: Paul Ehrenfest/Wikipedia
Not only did the doctor who illegally performed Einstein's autopsy steal his brain, he also stole his eyes. He gave the eyes to Einstein's eye doctor, Henry Abrams. They are kept in a safety deposit box in New York City to this day.

He was the inspiration for Yoda. 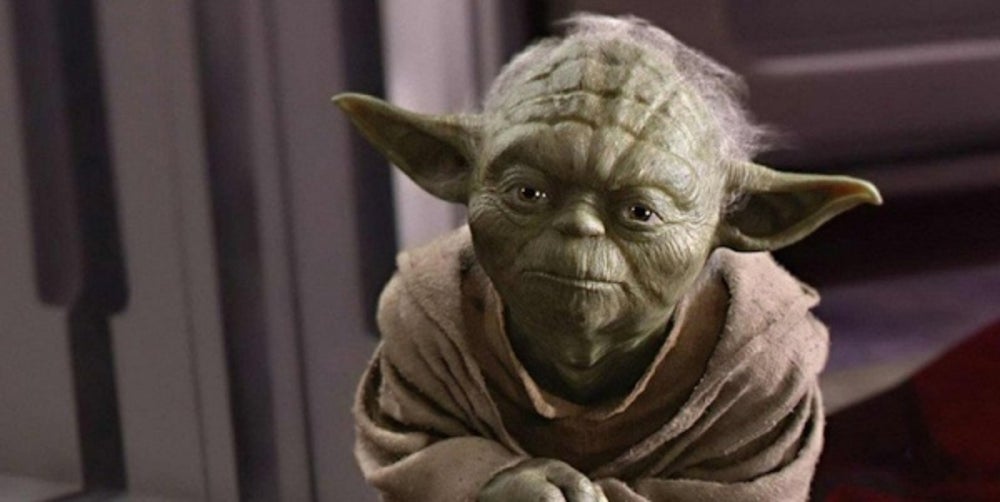 Image credit: Screenshot
Stuart Freeborn, the movie makeup artist who created Yoda, modelled the jedi's face on his own, but added wrinkles inspired by Einstein to Yoda's eyes to denote wisdom and intelligence.

One of Einstein's most famous quotes is completely misinterpreted. 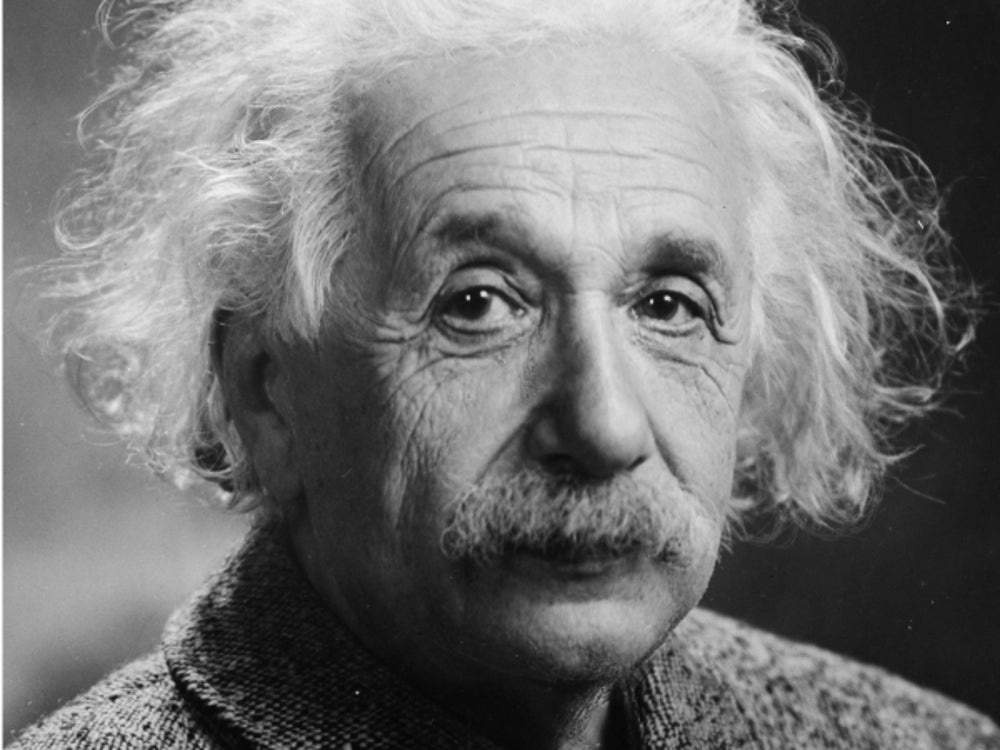 "God does not play dice with the universe" is one of Einstein's most famous and somewhat cryptic quotes.

His reference to God often causes people to assume he was religious -- he wasn't. He was using God as a metaphor. In a letter he wrote in 1954, he said:

"I do not believe in a personal God and I have never denied this but have expressed it clearly. If something is in me which can be called religious then it is the unbounded admiration for the structure of the world so far as our science can reveal it."

And when Einstein said "does not play dice," he was referring to the unpredictable nature of subatomic particles in quantum physics.

In short, the quote aims to outline how weird quantum mechanics is as a theory. You can read more on Tech Insider. 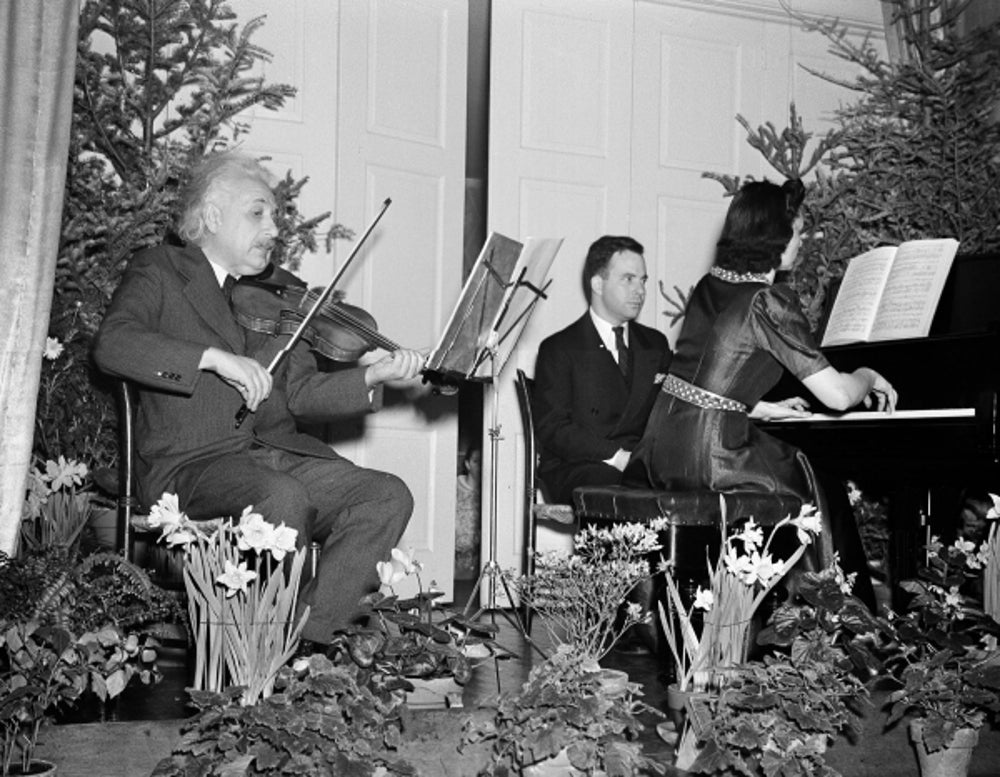 Image credit: PA Images
Despite all his other talents and achievements, music was what made Einstein happiest. He never traveled without his violin and once said: "Life without playing music is inconceivable for me. I live my daydreams in music. I see my life in terms of music. I get most joy in life out of music.”
More from Entrepreneur

Why Continuous Learning Is Critical for Entrepreneurs and Their Teams

Why Tenacity Is More Important Than Brilliance for Entrepreneurial Success