Ingvar Kamprad, the Swedish business magnate who founded IKEA, turns 90 today. Employees celebrated with cake at the company's headquarters in Sweden, according to one of IKEA's designers.

Kamprad started IKEA more than 70 years ago, and today the beloved brand is the world's largest furniture maker. Though he no longer actively manages the company — one of his sons serves as chairman — he remains a senior adviser.

With an estimated net worth of $39.3 billion, Kamprad ranks as the 10th-richest person on earth and the second-richest in Europe. Still, Kamprad is considered one of the world's most frugal billionaires.

The 90-year-old grew his flatpacking-furniture brand by maintaining a personal and professional ethos of innovation and simplicity.

From humble beginnings selling holiday tchotchkes to his neighbors as a child, Kamprad started a revolutionary, privately held furniture giant with $33 billion in sales  — and became one of the richest people on the planet in the process. 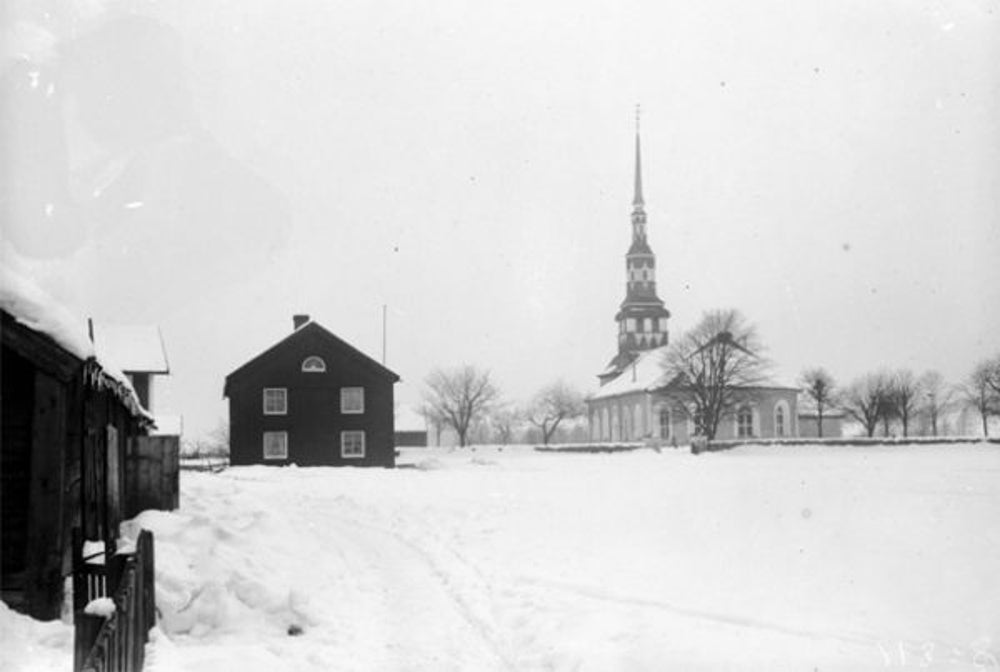 Kamprad was born in the south of Sweden in 1926 and by the age of 5 began selling matches for profit. At 10, he rode his bike around the neighborhood to sell Christmas decorations, fish, and pencils. 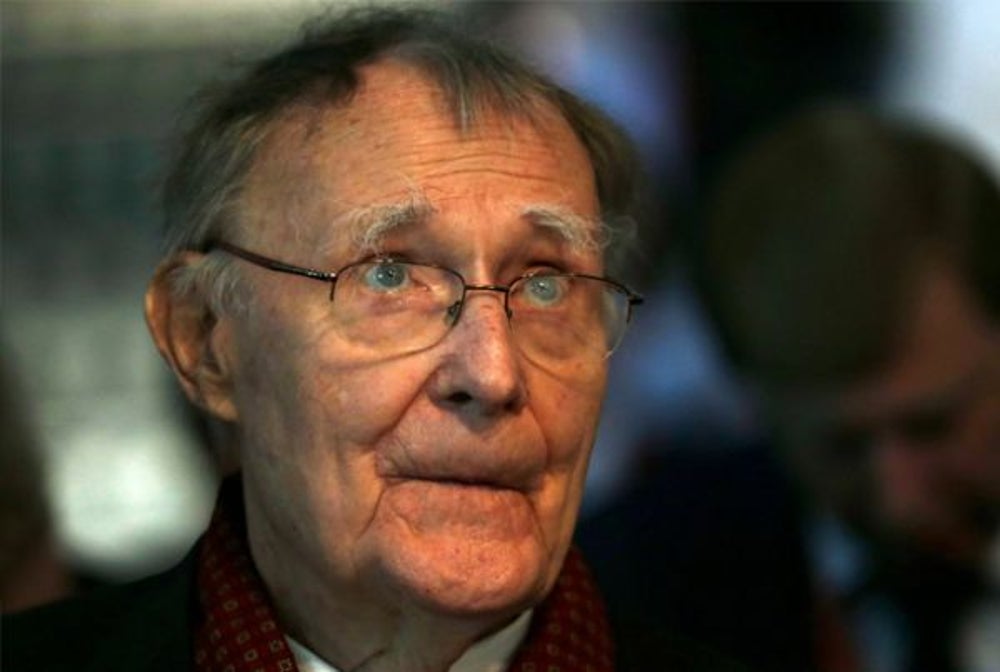 In his teens, Kamprad became involved in a Nazi youth movement by the influence of his German grandmother, who was "a great admirer of Hitler." He later described that time as "the greatest mistake of my life" and even penned a letter to his employees asking their forgiveness. 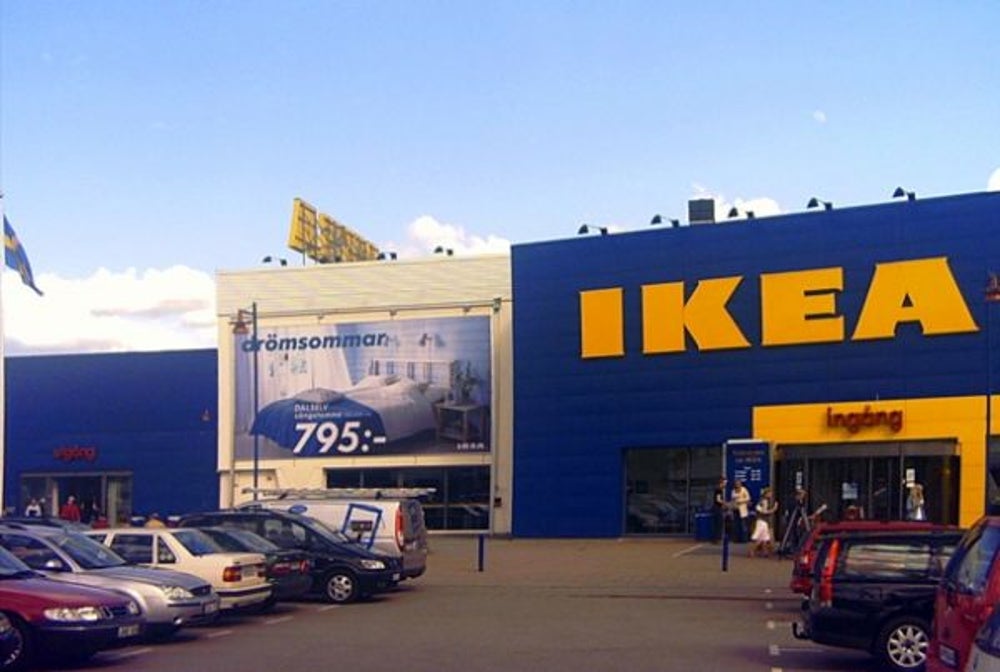 When Kamprad was 17, his dad gave him a cash reward for making good grades in school despite his dyslexia. He used the money to found IKEA in 1943. Kamprad didn't introduce furniture until five years in; he'd started by selling small household items, like picture frames. 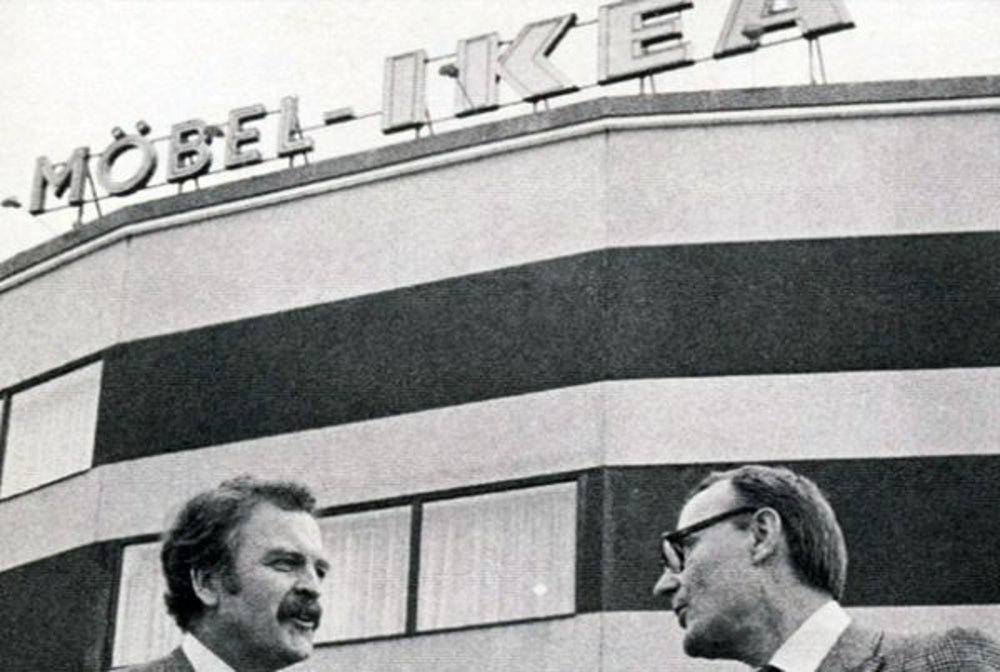 The name IKEA is an acronym for the initials of his first and last names, plus the initials for the name of the family farm where he was born (Elmtaryd) and the nearest village (Agunnaryd). 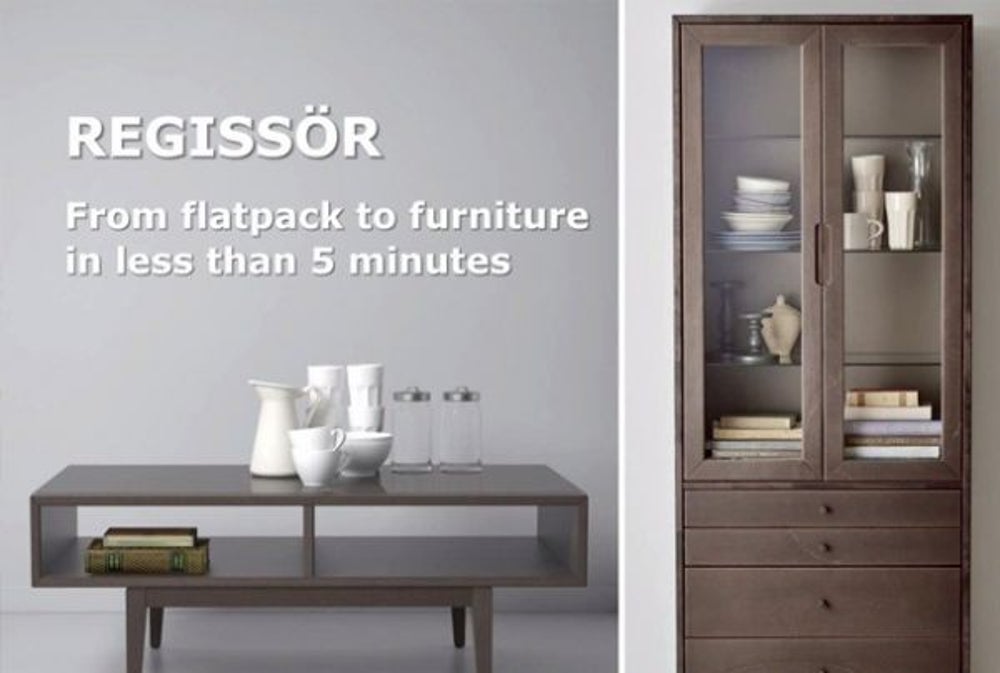 In 1956, Kamprad revolutionized the furniture market by introducing "flatpacking," the method now synonymous with IKEA that cuts costs by letting consumers purchase their furniture in pieces and assemble it themselves. 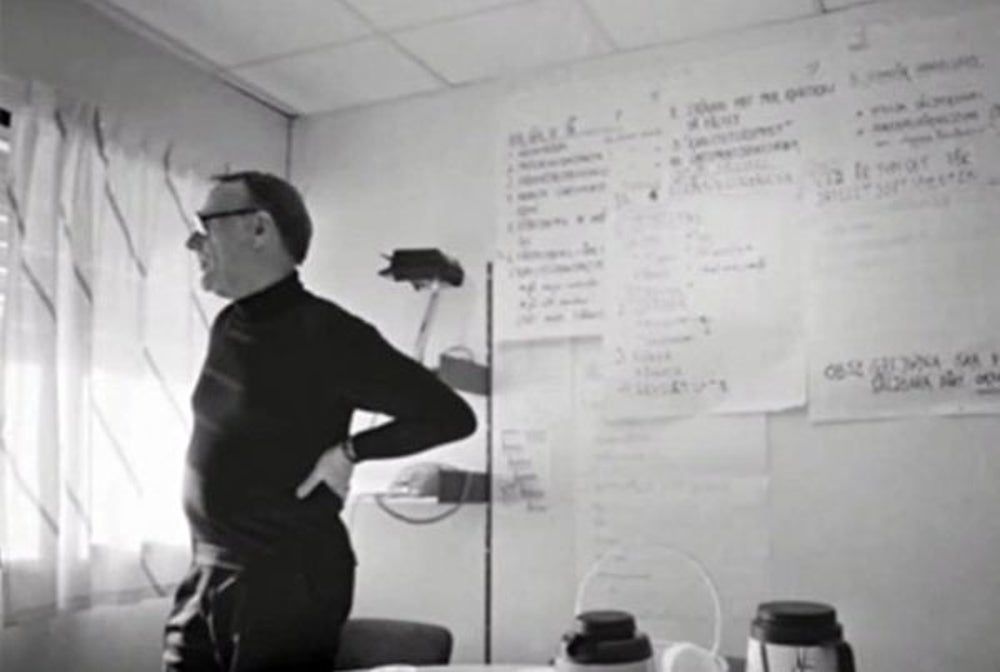 According to best-selling author Malcolm Gladwell, Kamprad is a rare breed — he possesses a combination of conscientiousness, openness, and disagreeableness. These personality traits are what made him a fearless innovator in the beginning of his career. 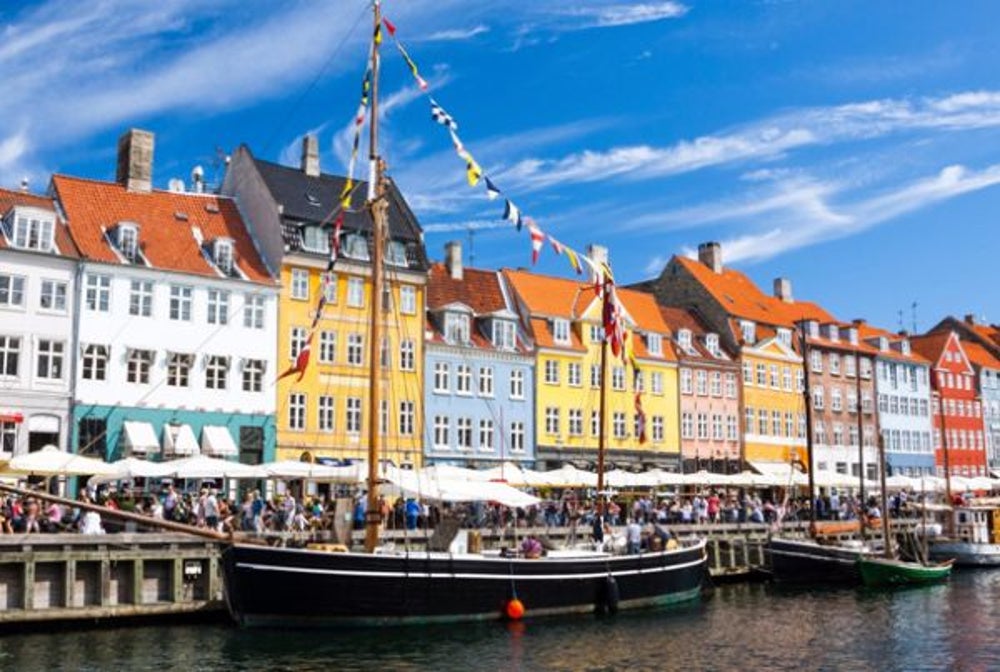 In that vein, Kamprad made the unpopular decision to move IKEA headquarters from Sweden to Copenhagen, Denmark, in 1973 to avoid unfavorable business taxes for his growing company. He also moved himself and his family to Switzerland to protest Sweden's increasing taxes. But the corporation is now based in the Netherlands, and Kamprad has since returned to Sweden. 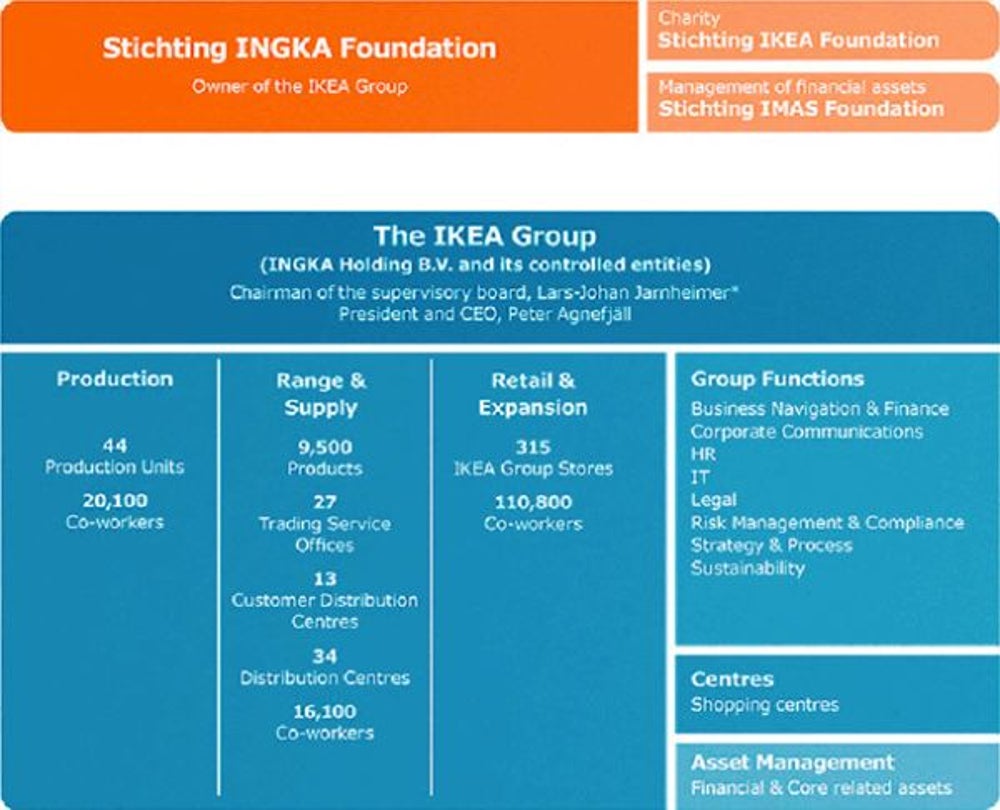 From day one, Kamprad set out to establish "eternal life" for IKEA by maintaining a complex corporate structure that includes a charitable arm and a retail and franchise arm. The IKEA Group of companies is owned by Stichting INGKA Foundation, which is also the charitable arm of the corporation. Funds from Stichting INGKA Foundation can only be used one of two ways: reinvested in the IKEA Group and its franchises, or donated for charitable purposes. 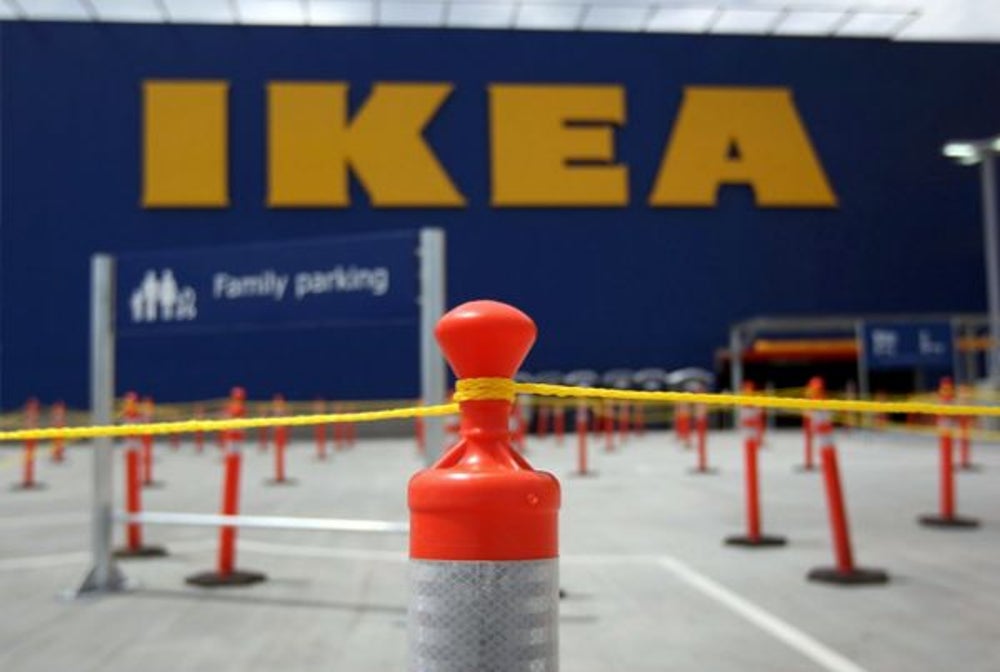 Kamprad also vowed to keep the company private. "I decided that the stock market was not an option for IKEA," he has said. "I knew that only a long-term perspective could secure our growth plans, and I didn't want IKEA to become dependent on financial institutions." 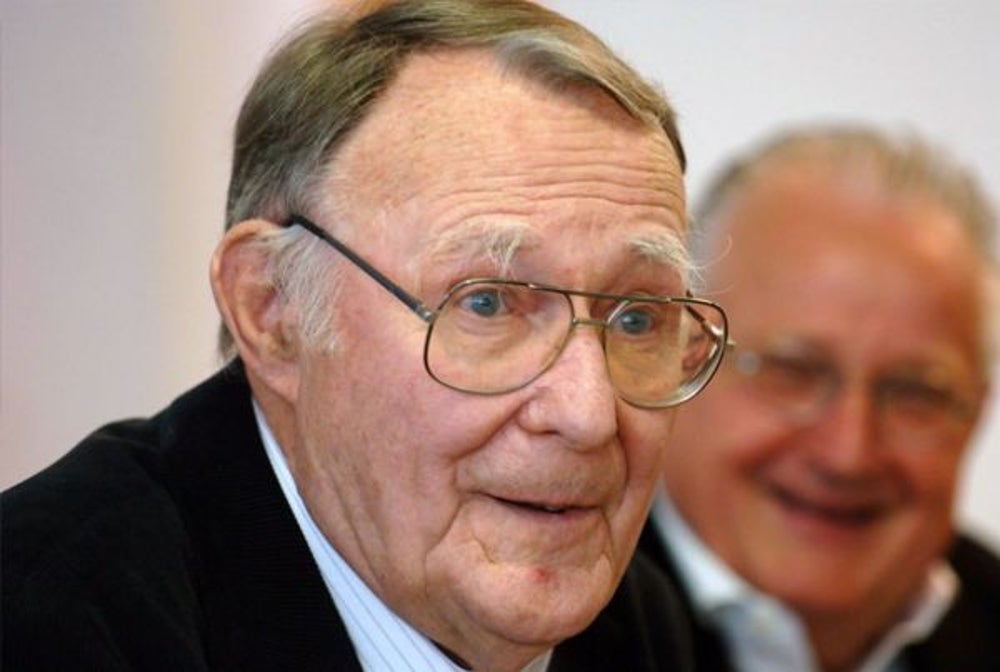 Kamprad is father to one adopted daughter and three biological sons. His sons, Peter, Jonas, and Mathias, have incredible influence at IKEA — they lead overall vision and long-term strategy. In 2013, his youngest son, Mathias, was named chairman of Inter IKEA holding SA, the company that controls Inter IKEA group and operates franchises around the world, after Kamprad stepped down. 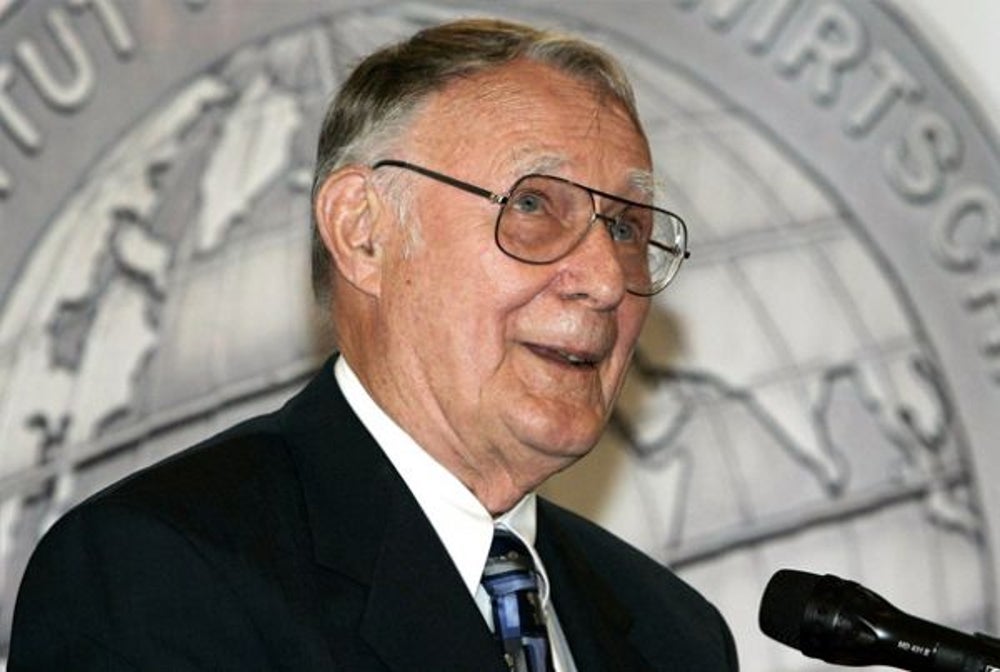 Two books have been published about the IKEA story. In 1976, Kamprad detailed the concept and ideology of his company in "A Testament of a Furniture Dealer," which now serves as a manifesto for IKEA. In the late 1990s he worked with a Swedish journalist on "Leading by Design: The IKEA Story," an account of maintaining simplicity at IKEA and in his life. 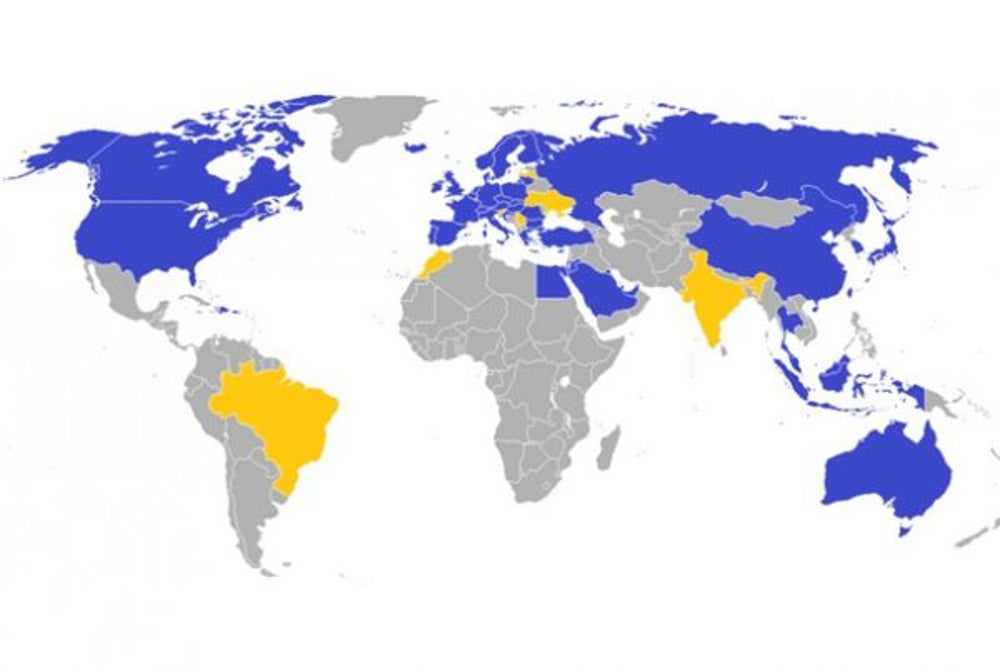 Today, IKEA has 375 stores in 47 countries including franchises. According to Wealth-X, Kamprad never borrowed money or issued a stock until he passed IKEA over to his foundations. 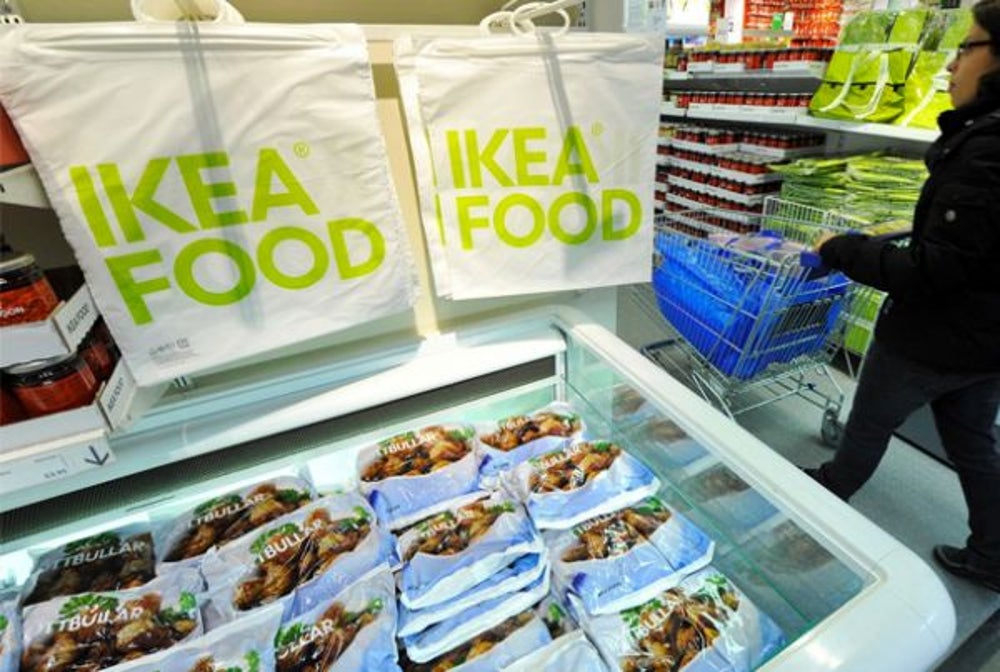 IKEA Food Services accounted for about $1.7 billion in sales last year. Every IKEA store has a bistro that serves foods native to Kamprad's Swedish roots as a well as each location's local snacks and dishes. Swedish favorites like meatballs and waffle desserts are available for purchase in-store and online.

After spending 40 years in Switzerland growing IKEA into the global company it is today, Kamprad, whose wife died in 2011, moved back to his hometown in Sweden in 2013 to be closer to family and friends. 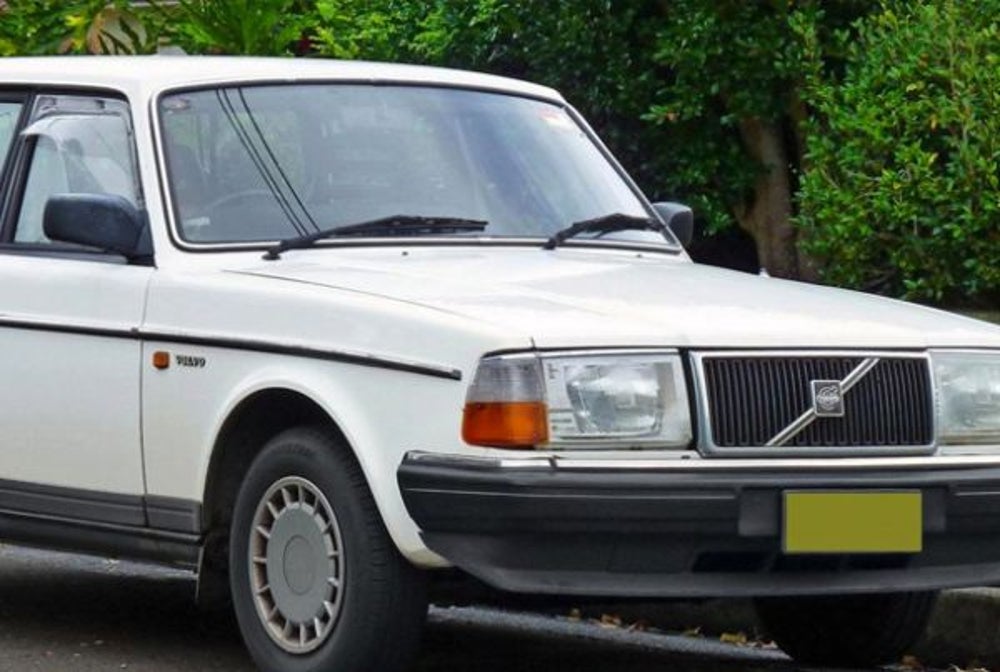 While Kamprad remains incredibly private, rarely granting interviews, he's long been regarded as one of the most frugal billionaires. He reportedly prefers to fly economy, stay in cheap hotels, and has driven the same Volvo for two decades. 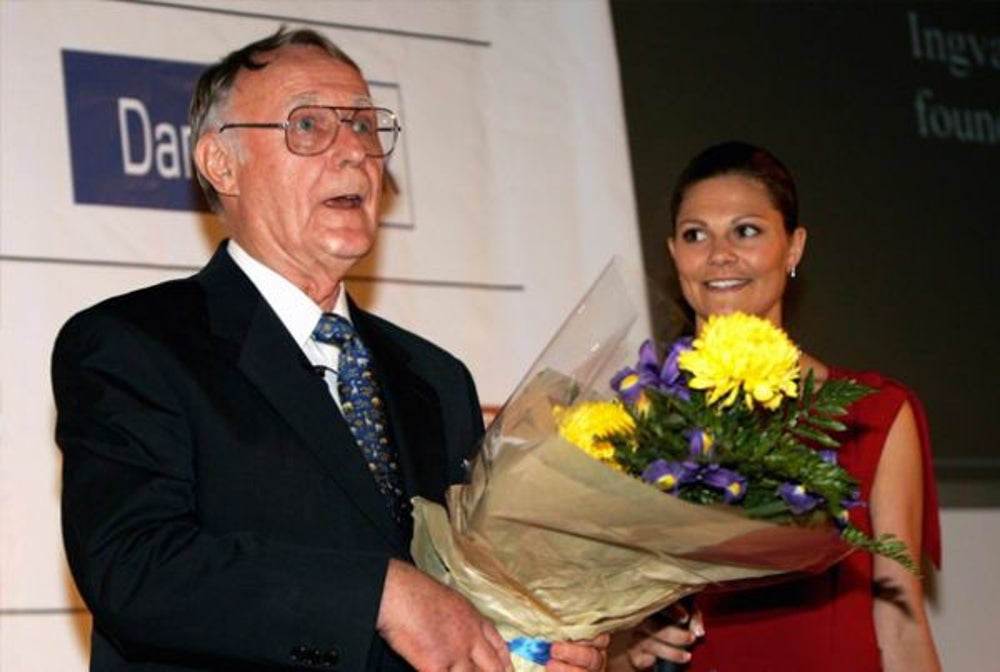 Kamprad still serves as senior adviser at IKEA. He's previously shot down reports that he's leaving his sons to run IKEA and its affiliate companies. "Oh, I have so much work to do and no time to die," he said.