If there's one thing the stars of Shark Tank know, it's how to make money.

Mark Cuban opened a bar before he was of legal drinking age. The brazen college campus venture lasted six short months. A scandalous snafu with a wet T-shirt contest led to the watering hole’s "sorry end." The former bartender's later business bets -- legal ones, of the tech-related kind -- fared exponentially better, eventually landing him in the millionaire club. Then, not long after, into the three commas club, the realm of billionaires.

Kevin O’Leary came into his first millions after spinning a $10,000 seed investment from his mother into an edtech startup. In not too long, Mattel scooped it up for $3.6 billion. Daymond John stitched a $100,000 seed investment from his mom (who mortgaged her house to give it to him) into FUBU. The fashion startup cleared hundreds of millions in sales within six years.

Chris Sacca’s path to millions -- and later to billions -- is tied to incredibly successful startups, too, though, interestingly, none of his own. He lucked out with some very early and very wise investments in Uber, Instagram, Twitter and Kickstarter, and that’s just the short list.

Lori Greiner spun her love of inventing solutions to everyday annoyances into a multi-million-dollar retail operation. Robert Herjavec, also a multi-millionaire entrepreneur, went from rags to astronomical riches within a few years of emigrating from Croatia to Canada in the pursuit of a better life. And, after failing at 22 jobs, former diner waitress Barbara Corcoran turned $1,000 she borrowed from a boyfriend into a $6 billion-dollar New York City real estate empire that's still going strong.

We recently caught up with all seven Shark Tank star investors on the Culver City, Calif., set of the hit show. There, from behind the scenes of Sony Pictures' Stage 30, they shared their advice on how to become a millionaire. Here’s what they told us:

Barbara Corcoran: Be competitive and pigheaded. 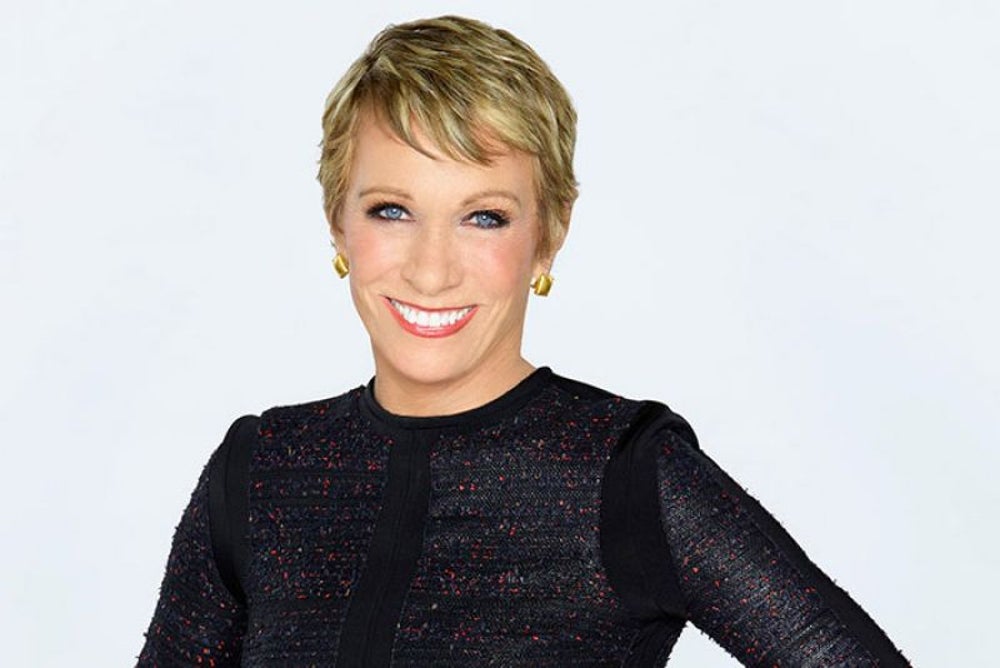 "If you want to be really rich, you better decide early to start a business of your own. It's only when you put yourself in charge that you have a shot at becoming rich.

Every business is born out of an individual's intense passion and a real need to succeed, so you'll need enough passion to get started, but also enough to get through the intense 12-hour days when the chips are down and everything and everyone seems against you. But, if you're competitive and pigheaded enough to get over the failures without wasting time feeling sorry for yourself, and if you can inspire enough good people to join you, you can pretty much become as rich as you want."

Mark Cuban: Work hard and do whatever it takes. 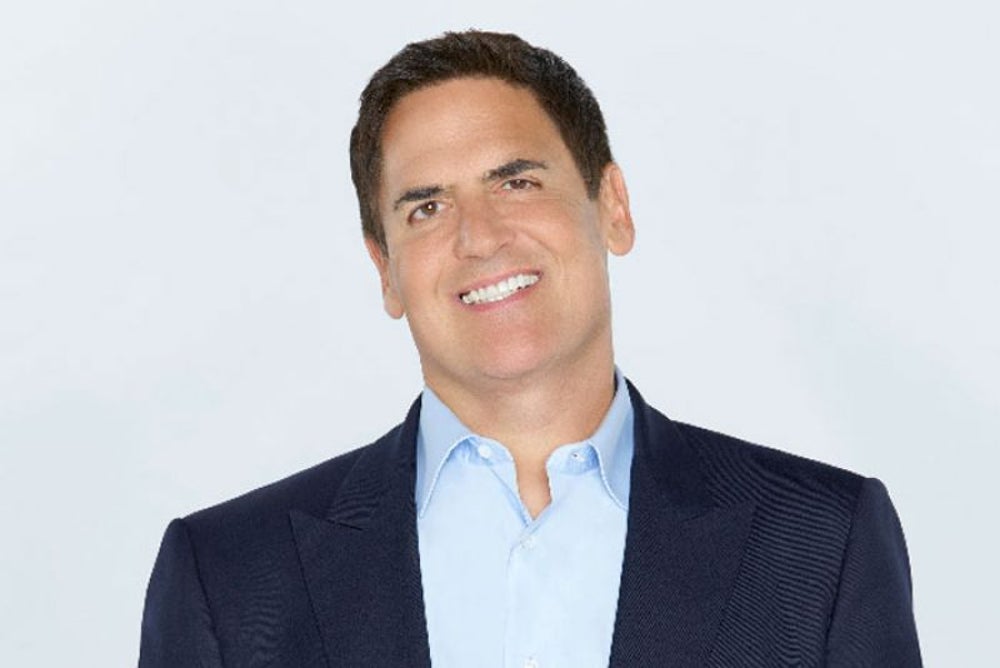 "There’s being wealthy and doing well and having your dreams come true. And there’s being in a situation where things escalate. Whether it’s me or Chris Sacca, the stock market had gone nuts. I was rich and I was happy, but I don’t know that I’d have multiple billions of dollars.

"To become a millionaire, you’ve really got to find something that you love to do because it’s going to take so much work that you can’t just say, ‘OK, this is the one industry I can make a lot of money in.’ Or, and I get this all the time, which is crazy: ‘I want to be rich. What kind of company should I start?’ You can’t do that. It doesn’t work like that.

"You’ve got to be good at something and not only be good at it, but you’ve got to love it, and then you’re willing to work and do whatever it takes. Then, if you’re fortunate, that turns into something that creates wealth for you.

"I found out I loved computers and I taught myself how to program. I had no problem working 20 straight hours learning something or coding. That led to building and selling my first company. But it wasn’t like, ‘How am I going to get rich? Let me just start that company in that industry’ because there’s going to be somebody who’s going to know that business better than you do and is going to kick your ass."

Lori Greiner: Do what you love and do it well. 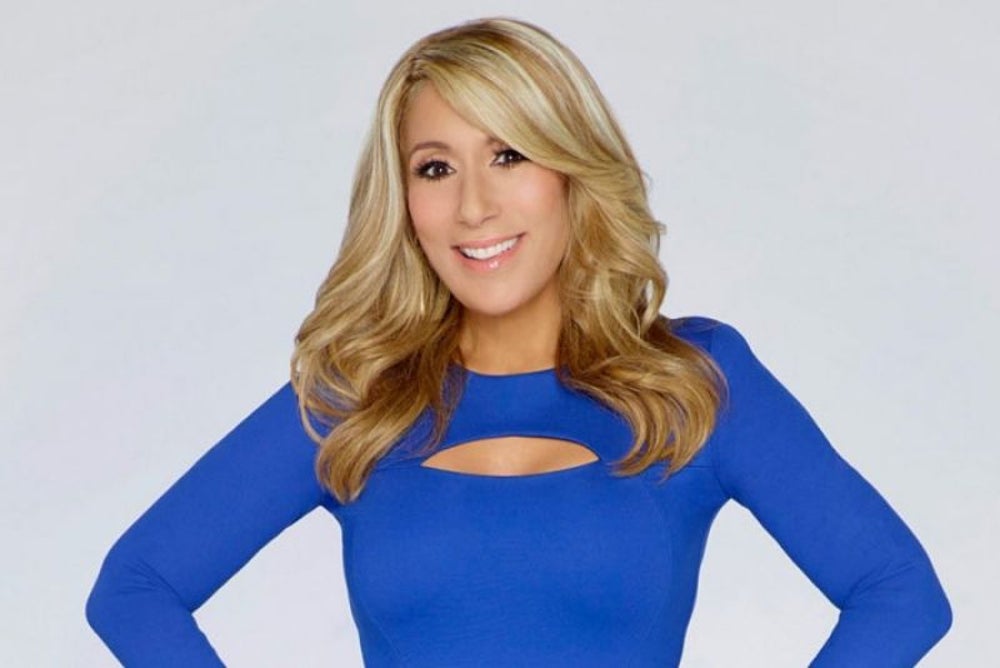 Image credit: ABC | Bob D’Amico
"Find something you love to do, that you are passionate about and also good at. Don't have the goal to be a millionaire. Have the goal to be successful and plan to give it all you've got. Critically important, make sure you are hands-on and the one driving things because no one will care about your business like you do. Be involved in all details and be aggressive at attaining your goals, and know how to pivot when necessary."

Kevin O’Leary: Work for yourself and work like a dog. 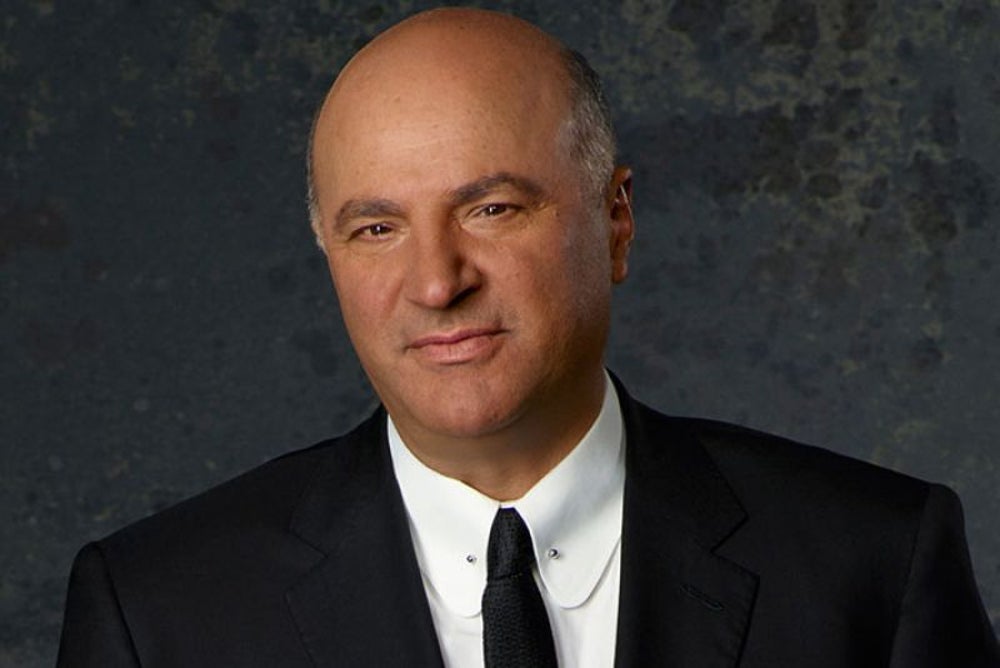 "First of all, you’re not going to become a millionaire working for someone else. That’s a highly unlikely outcome, unless it’s an entrepreneurial situation where you’re getting some equity in the company. If you can afford to take a risk and you’re young enough, either start your own company or be involved with one where you’re racking up equity. There’s no other path to becoming a millionaire. No employer is going to let you make a million dollars off of their business. They don’t have to.

"Realize that if you want that path, that journey to becoming a millionaire, you have to sacrifice a lot and work like a dog. I did. There was no balance in my life. I wasn’t even around when my kids were young. But today, I can afford to gather them with me every weekend anywhere on Earth I want to."

Robert Herjavec: Find a need and solve a problem. 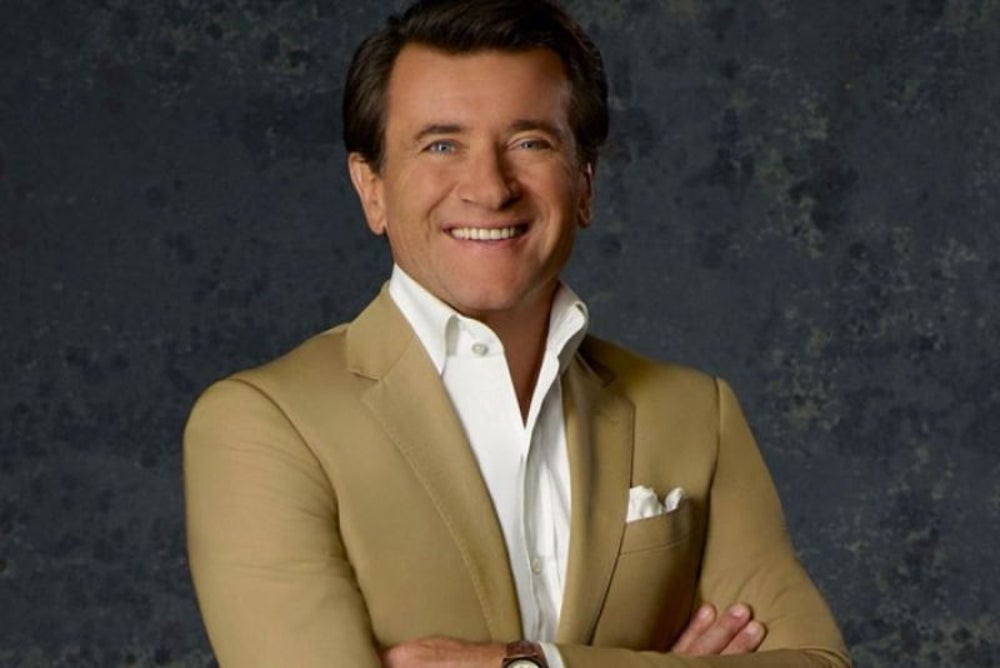 Image credit: ABC | Bob D’Amico
"You don’t become a millionaire because you’re singularly focused on making a lot of money. You’ve got to go back to the basics. Find a need, solve a problem and, most importantly, make sure you have a customer. If those things are in place, and you have the ability to scale, now we’re talking. It’s going to be incredibly hard work. Harder than you’ve ever imagined, but it’s the best time in America to start a business. The time is now!"

Daymond John: Find your passion and pursue what you love. 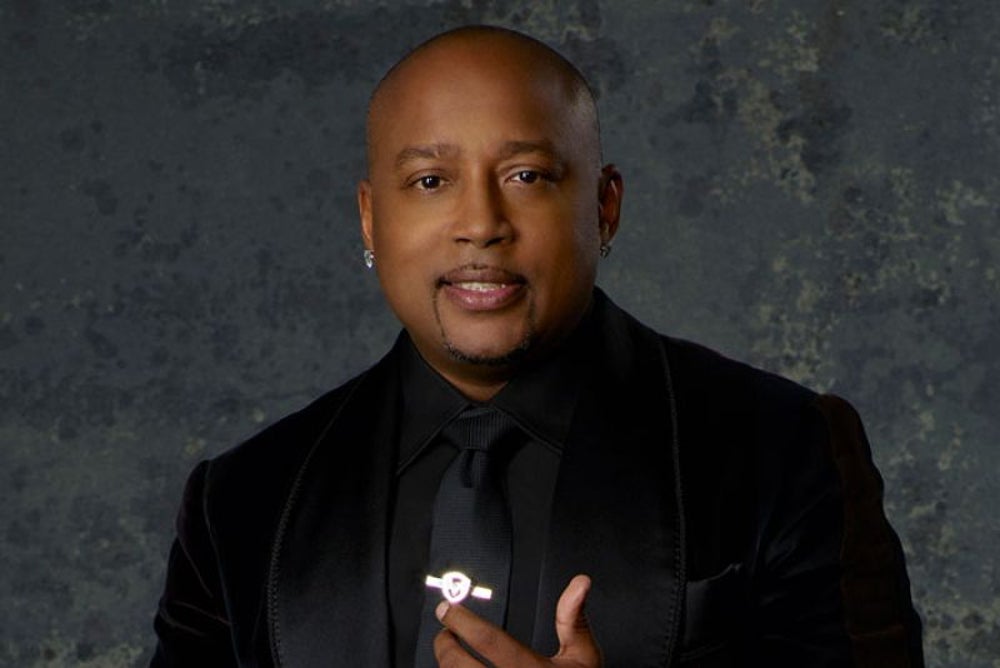 Image credit: ABC | Bob D’Amico
"Don’t think about the money. Go out there and do something that you really, really love, even if it’s not something you went to school for. Find out what your passion is. I can’t guarantee that you’re ever going to make a dollar doing anything, but do something that you absolutely love and you’re going to look back over the years and say that you enjoyed life."

Chris Sacca: Don't blow your money and stay out of debt. 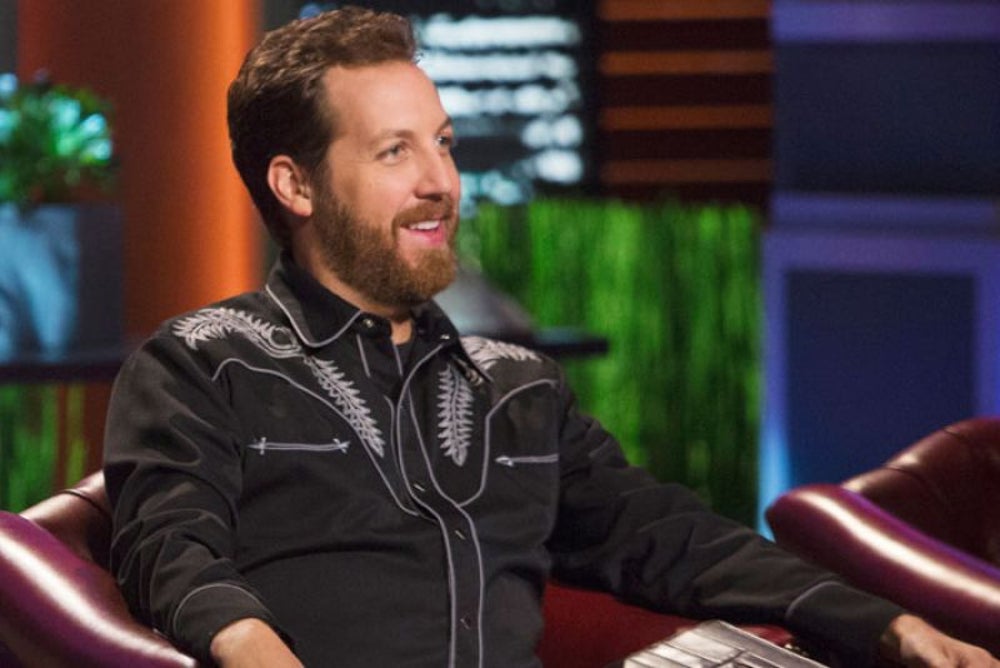 "My best piece of advice for the quickest way to get rich is to not spend any of your money, and then you’ll have more than you need. People get out ahead of themselves in debt with spending on all of their desires. But if you learn to live pretty simply and well, well under your means, you feel incredibly, incredibly rich and that frees you up and gives you the option to start something new, to leave the job you’re not excited about, where there might be a glass ceiling on you.

"Just don’t spend your money and you’re well on your way to becoming a millionaire. You don’t get rich blowing your money, that’s for sure."

To see these celebrity investors in action on Shark Tank, check out the show’s season eight premiere on Sept. 23 at 9 p.m. ET on your local ABC station.