We can’t always predict how our behaviors will come across to others. But when traveling in this day and age, don’t expect any funny business to make it past both airport security and your social media wielding fellow passengers.

The travelers involved in the following 11 incidents seemingly had no idea that their actions would attract so much attention. While following TSA packing protocol and leaving contraband at home should be a no-brainer, in some cases it’s not so clear what constitutes a “prohibited item” -- especially when it doesn’t take the form of a physical object.

Let these poor souls guide you as you prepare for your next trip so you don’t find yourself grounded (or trending on Twitter).

Showing too much skin 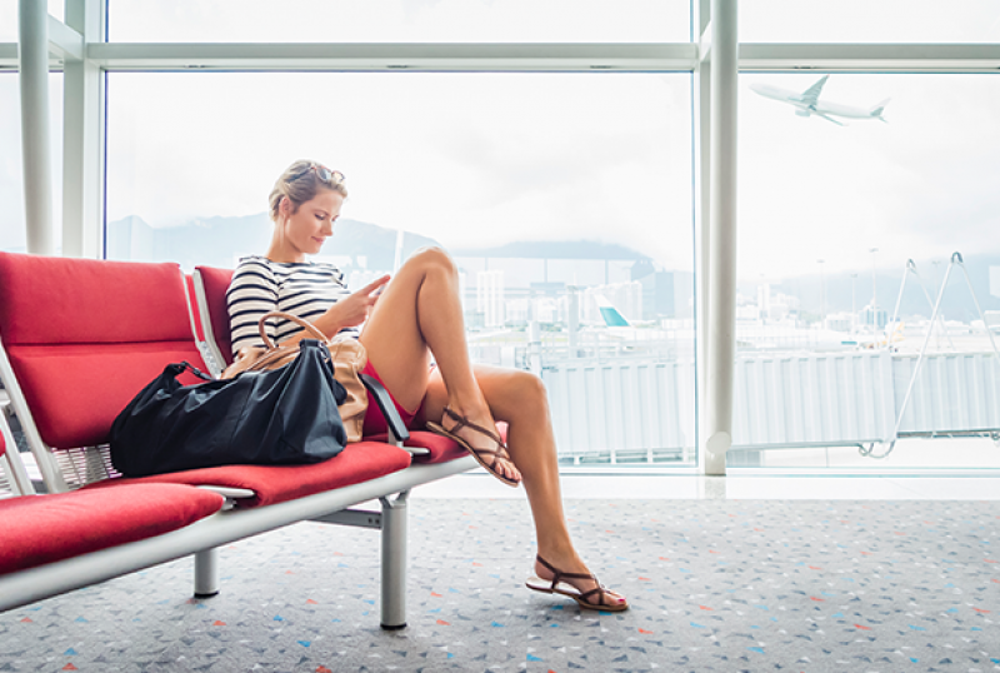 Remember in middle school when a bare midriff or short skirt could get you sent home? Turns out, an airline can issue the same punishment if you try to board a flight in risqué attire.

In May, burlesque dancer Maggie McMuffin was not allowed to board her JetBlue flight because airline agents deemed her outfit inappropriate. She was wearing a pair of short-shorts, a knit sweater and thigh-high socks.

Even after successfully flying from New York to Boston on the first leg of her trip -- also a JetBlue flight -- crew members at Logan International Airport refused to let her board her second plane until she changed. McMuffin had to buy additional clothes at the airport in order to catch another flight home.

JetBlue later apologized to McMuffin and offered her a $162 flight credit for her trouble, but her experience is a lesson to all travelers that airline employees have the right to make these types of judgment calls.

Getting carried away with perfume samples 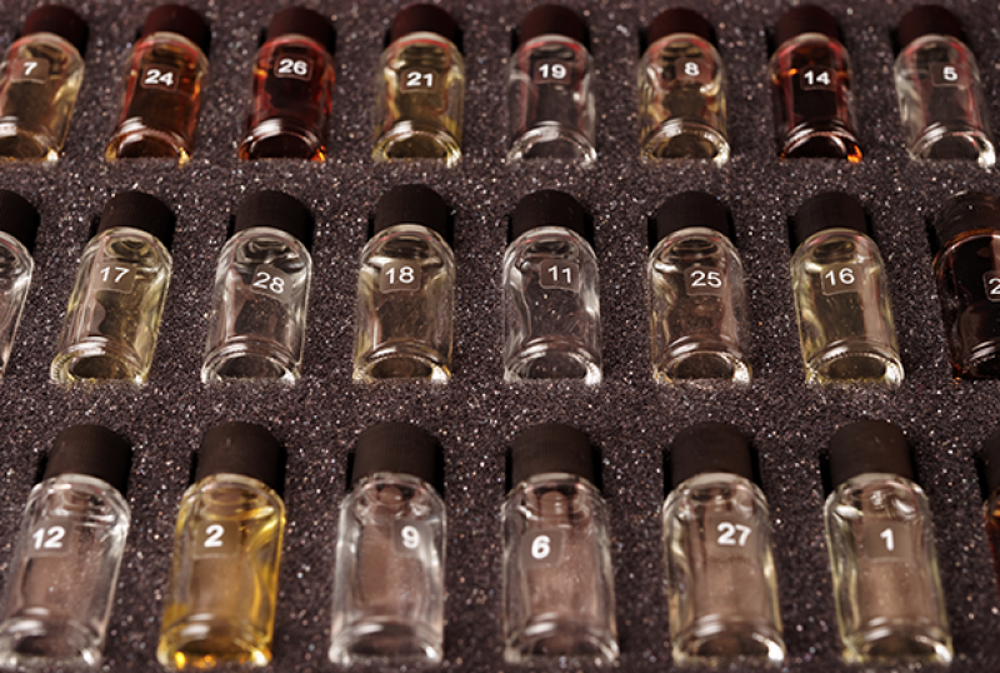 After boarding a Dallas-bound American Airlines flight at Paris’ Charles de Gaulle Airport, a French man was escorted off after passengers complained to crew members that he smelled bad. Although his body odor was offensive to some, the man blamed the Dior perfume that he’d spritzed in a duty-free shop. Some sources “noted [that] he did not appear to be inebriated or unkempt in any way,” according to Thrillist.

Regardless, his trip was cancelled and he was told to “take a shower.”

Breaking up … then making up 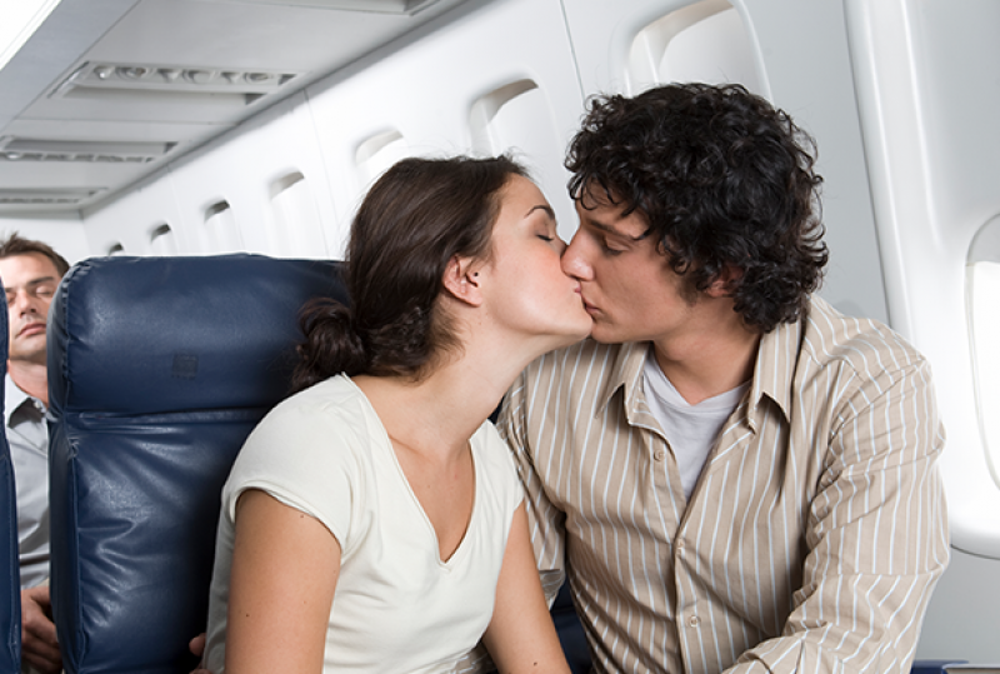 Aside from a wedding, a funeral or a family vacation, the next worst place for a public breakup might be while you’re sitting on the tarmac waiting for your delayed flight to take off.

In one instance, a young man admitted to cheating, and the woman next to him began to sob. Passenger Kelly Keegs’s burning ears overheard the entire emotional episode, and she live-tweeted the commotion, quoting their conversation and posting images of the distraught duo, who later ordered alcoholic drinks and began making out in their row. The play-by-play began trending on Twitter with the hashtag #PlaneBreakup.

At least it was more entertaining than a $6.99 in-flight box office hit. 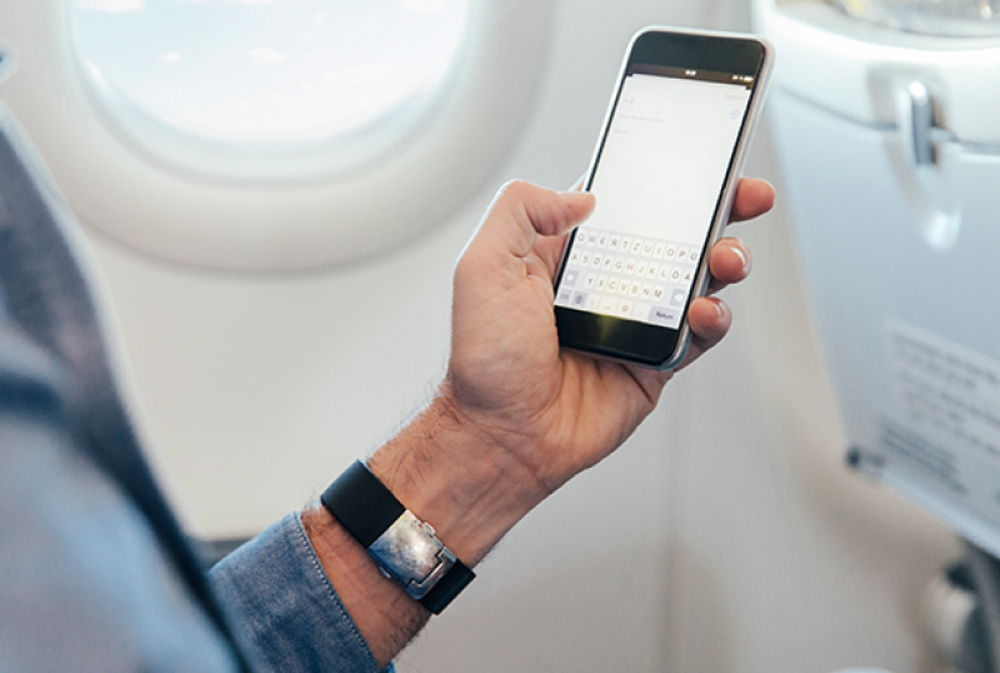 There are funny jokes, dirty jokes, political jokes … and then there are jokes that go too far. Naming your Wi-Fi hotspot “Mobile Detonation Device” while at the airport falls under the “crosses-the-line” joke category.

On a Qantas Airways flight from Melbourne to Perth, a woman noticed the Wi-Fi name “Mobile Detonation Device” on her phone’s menu. After she brought it to the attention of the flight crew, they took security measures to search the plane and determine its owner. The captain even delayed takeoff, but nobody took responsibility. As a result, many passengers elected not to travel, but the flight took off safely two hours behind schedule, according to CNN.

Just because this prankster got away with bomb talk on an airplane doesn’t mean everyone would have been that lucky.

Finding Fido in your suitcase 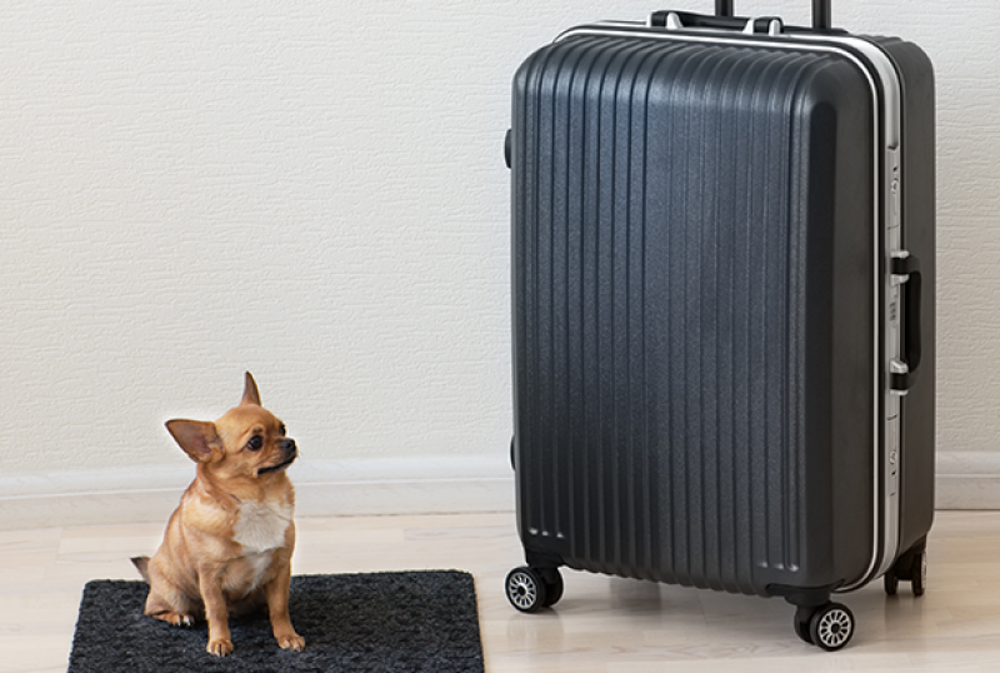 They say the dog is man’s best friend. And sometimes, a dog will go to extremes to stay by its owner’s side.

Last year, the TSA discovered a Chihuahua in a traveler’s checked bag at LaGuardia Airport. The woman explained that the petite pup must have climbed into her luggage while she wasn’t looking. Eventually after reuniting the small dog with its owner, the TSA posted to social media: “It’s always important to double check your bags before traveling … Especially to make sure your Chihuahua hasn’t stowed away inside one of them.”

Smuggling pigeons in your pants 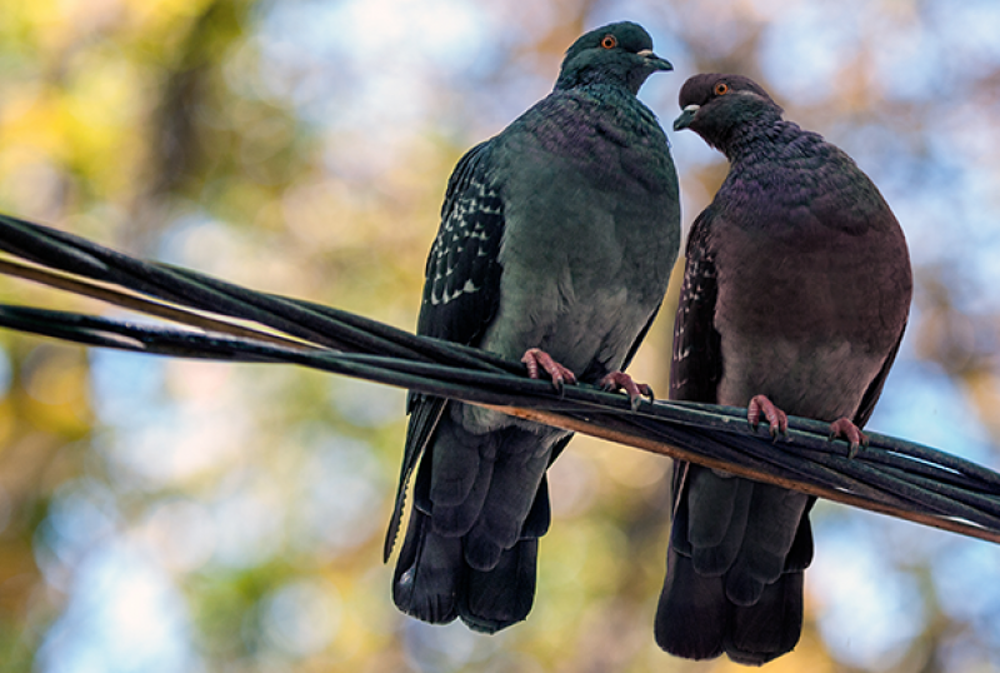 There are cat lovers, dog lovers and all-around animal lovers. We can’t blame people for loving their pets.

In 2009, a 23-year-old Australian man smuggled two pigeons through airport security and onto his flight from Dubai to Melbourne. Wrapping the birds in padded envelopes that he then taped to his legs and covered beneath his trousers almost worked, too. It wasn’t until he reached customs in Melbourne that security officers discovered two eggs in his vitamin containers, which then led them to the search that revealed his feathered friends, The Guardian reported. 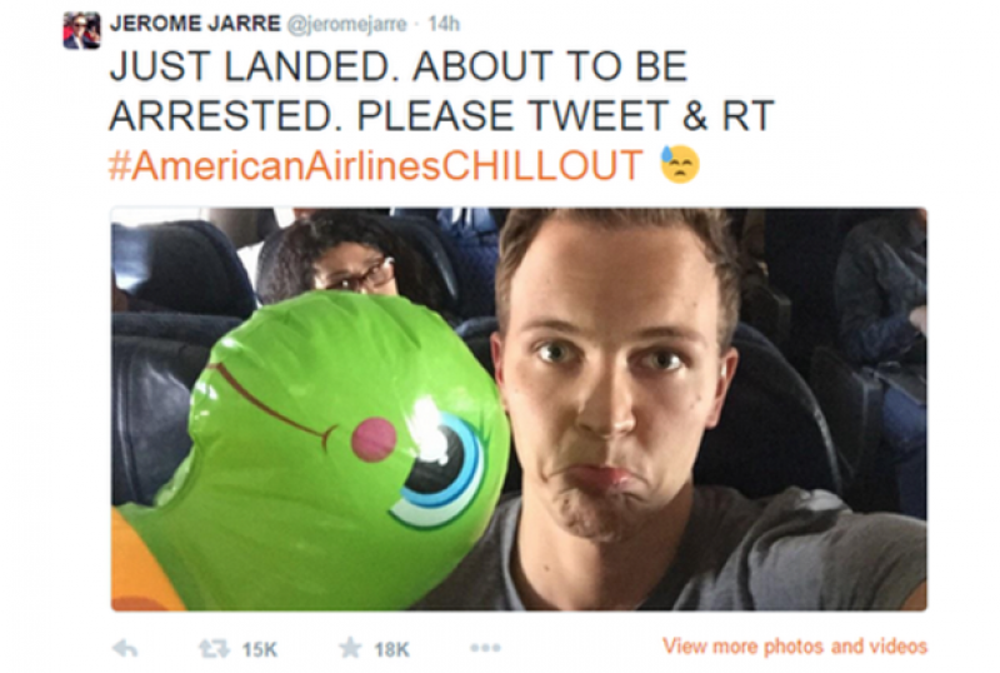 Eager to get to your beach destination? Can’t wait to put on your suit and jump in the ocean? Try to show restraint.

On an American Airlines flight to Miami, social media star Jerome Jarre emerged from the plane’s restroom wearing nothing but a Speedo and a child’s inflatable tortoise pool toy. Frustrating flight attendants but entertaining passengers, Jarre was detained by the FBI upon his arrival at Miami International Airport. Filming the joke for his 900,000 fans to enjoy was well worth it -- he was released shortly after and faced no charges, according to the Daily Mail.

Now that’s one way to build your social following!

Tweeting about an airline agent 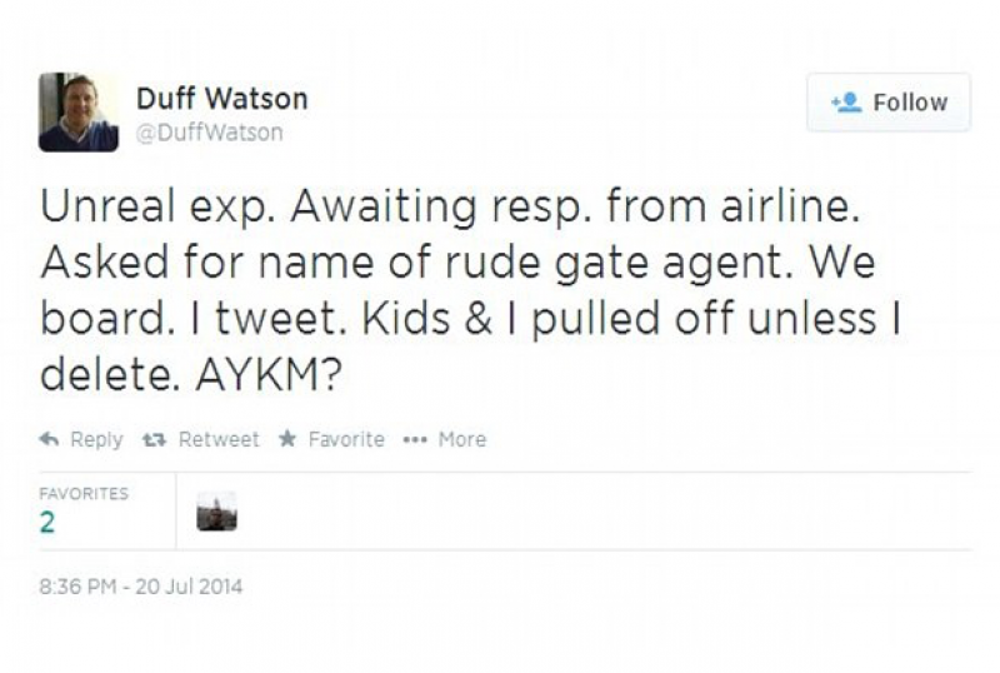 Freedom of speech? Not on Southwest Airlines.

Duff Watson and his two children were asked to deplane their flight after Watson tweeted a complaint about a rude airline agent that read something like, “Wow, rudest agent in Denver. Kimberly S, gate C39, not happy @SWA,’” Watson told ABC News.

Before departure, Watson’s name was called over the intercom and he was told to exit the flight immediately.  At the gate, the agent confronted him about his tweet and refused to let him and his family reboard the plane until he deleted it. Southwest later reviewed the case and compensated Watson with a $50 voucher.

Who knew a simple tweet rant could be perceived as a safety threat? If you want to file a complaint, you’re better off choosing a more formal route. 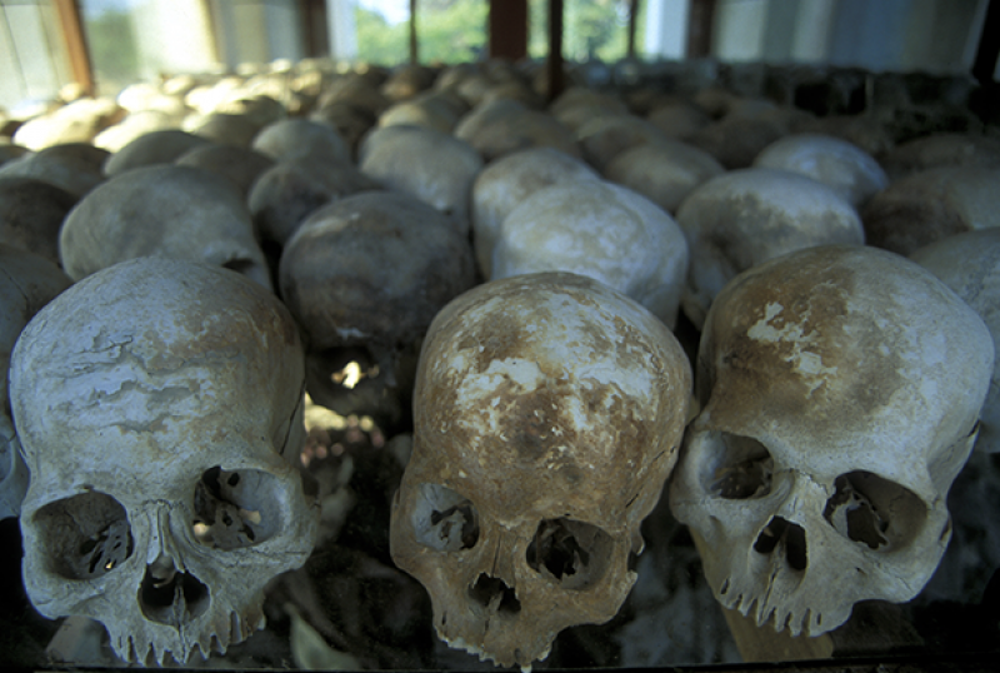 Whether it’s picking up a penny on the street or avoiding a black cat’s trail, many of us have a few harmless superstitions. But when you’re headed for the skies, you might consider leaving them at home.

Upon their return from Cuba, two women were stopped at Fort Lauderdale-Hollywood International Airport in 2013 when the TSA discovered fragments of human skulls buried in sealed dirt-filled pottery in their luggage. The women claimed they were unaware of the skeletal remains and that they had been told the pots would “ward off bad spirits.” The pair was ultimately released with no criminal penalties. Should they have been aware of the human remains, they could have faced up to 15 years in prison, The Wire reported. 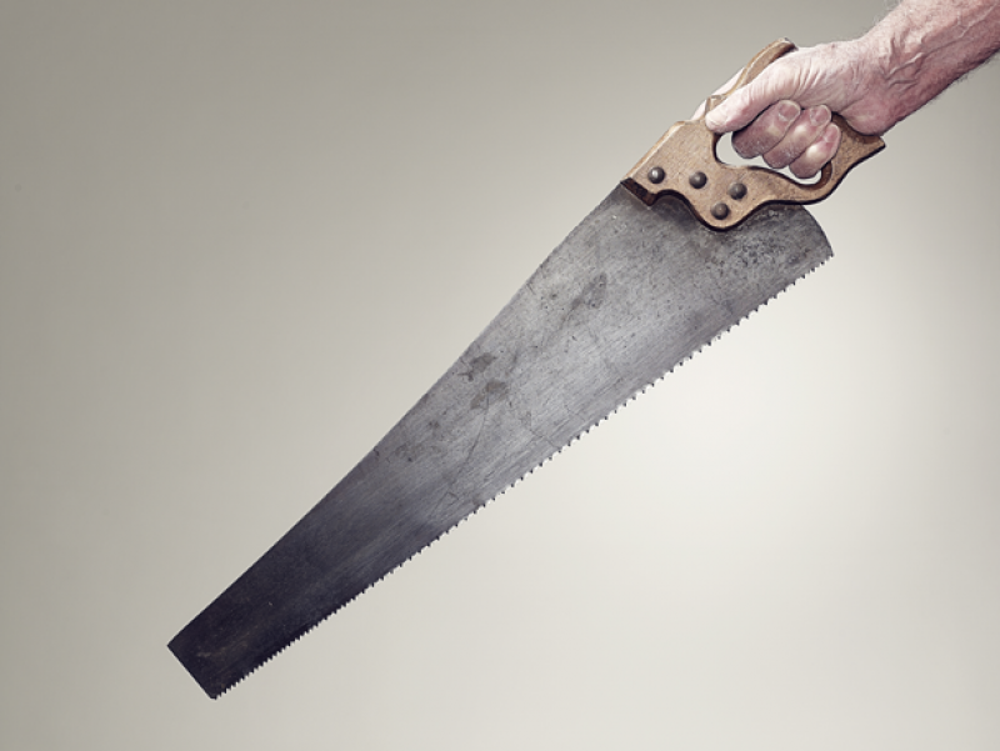 With such high levels of airport security today, you would think people would be pretty careful about what they bring to the airport. But some folks don’t seem to think that the rules apply to them.

People are constantly getting stopped for attempting to carry on knives, razors and even hand grenades. Last July, a 21-year-old man attempted to bring a number of prohibited and dangerous items through Baltimore-Washington International Airport security. Of these items were two hand grenades, three rope cutters, one hatchet, 12 bottle rockets (fireworks), one folding saw and five knives. Although he explained that these items were all from his camping trip, the man faced charges for interfering with security procedures and violating airport regulations, according to CBS Baltimore.

Being dressed up as Zorro as there were reports of shots fired. 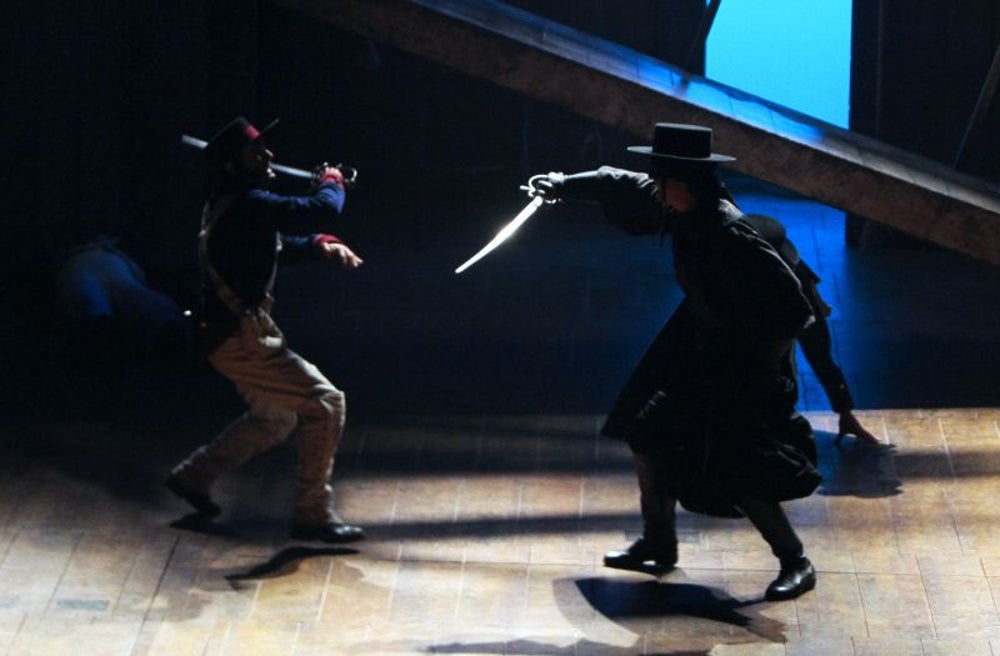 I guess you could say “wrong place, wrong time,” for this guy.

After false reports of gunshots at Los Angeles International Airport, a man dressed up as the fictional character Zorro was sitting outside when police officers noticed him and ordered him to get on the ground.

Clad in the all-black outfit, he was ordered to put down his “sword” (which was plastic) as the officers arrested him.

“Poor Zorro had nothing to do with it,” a witness tweeted.

This Versatile Bag is Made for All Summer Travel

5 Ways to Travel the World and Work Remotely From 5-Star Hotels, Luxury Resorts and Vacation Homes This Year