There are a number of ways businesses, government agencies and even churches are employing facial recognition technology. Despite privacy concerns, it's hard to argue against the good things that the tech can be used for.

Related: Creating a Culture of Innovation Starts With the Leader

Identifying missing children, helping the blind, catching shoplifters, tracking churchgoers -- these are only a number of ways facial recognition is being used today.

Check out these 17 amazing -- and surprising -- uses of facial recognition technology. 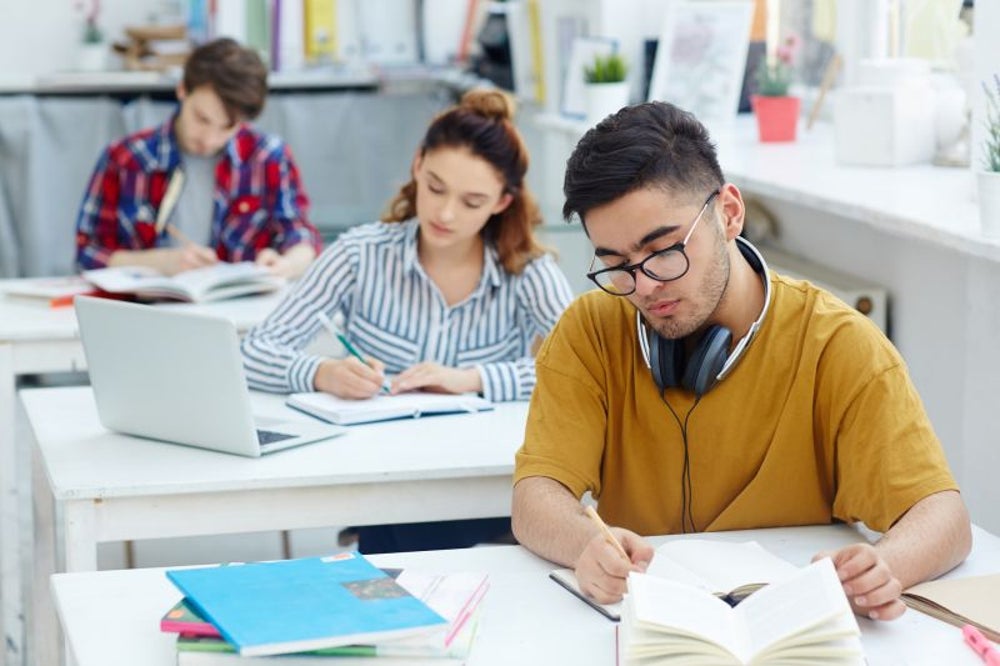 At some colleges and universities, classes can be so big that it can be hard to keep track of whether students are actually present. Using attendance sheets can often let students sign in other students, and doing a roll call can be tough because it cuts into class time. Luckily (for teachers, that is), this professor might have found a solution.

Professor Shen Hao of the Communications University of China created a facial recognition technology that he uses to track students’ attendance. To sign into class, students have to stand in front of a tablet, which will scan and match their face to their image saved in the school’s database. So unless you’ve got a twin, there’s no easy way to skip class now.

To make sure students are paying attention. 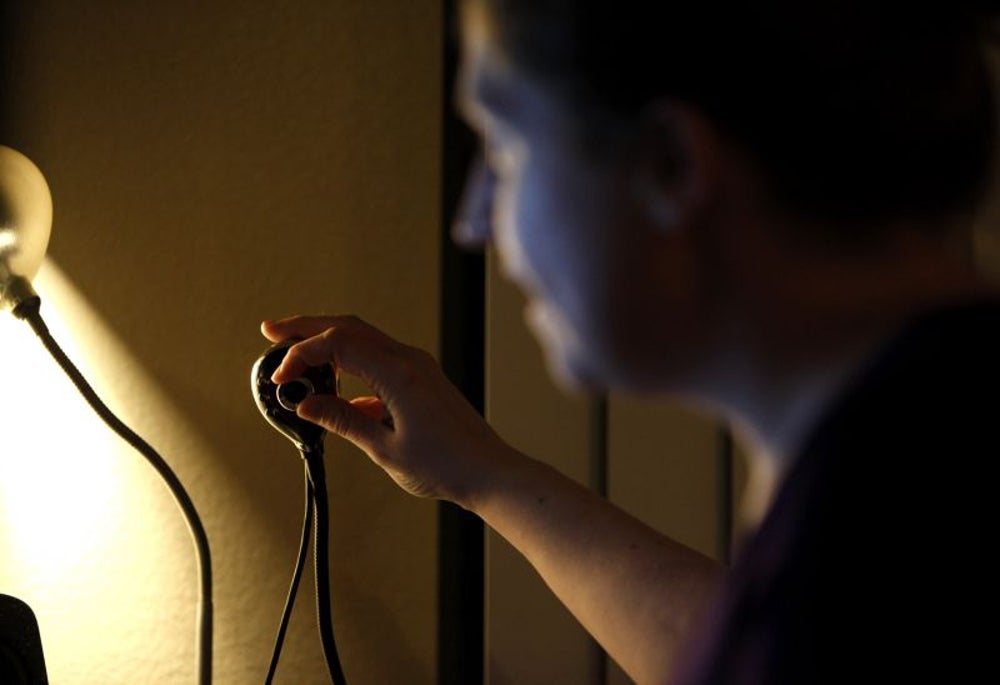 Image credit: Katie Falkenberg | Getty Images
ESG Management School in Paris is using facial recognition software in two of its online classes to make sure students aren’t slacking off. Using a software called Nestor, the webcam on a student’s computer will analyze eye movements and facial expressions to find out if he or she is paying attention during video lectures. It then creates quizzes with questions about content that was covered when a student wasn't focused on the class. The technology is also helpful to teachers, who can adjust their lessons based on where students are least attentive.

To diagnose a rare disease. 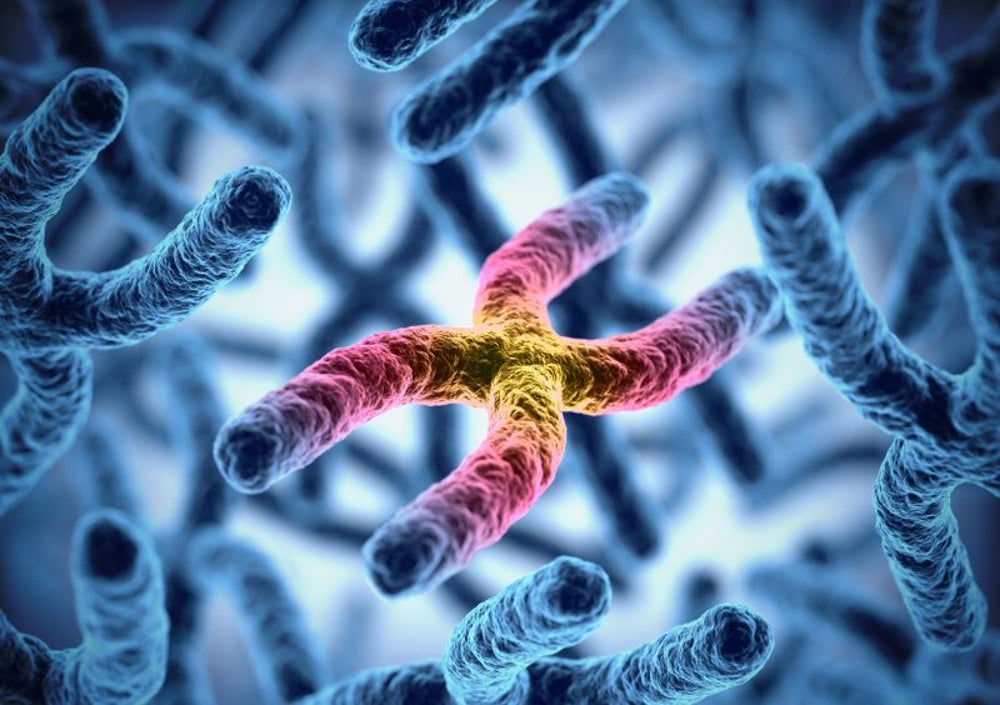 Facial recognition technology is improving the world of healthcare. A team at the National Human Genome Research Institute discovered a way to use facial recognition technology to diagnose a rare medical condition, DiGeorge syndrome, found in non-European populations. DiGeorge is a syndrome where a missing part of chromosome 22 causes cognitive complications in a non-Caucasian person.

The syndrome is hard to detect, but it is often recognized through certain facial features of a person. The specific features vary by ethnicity. By studying more than 100 photos of people with DiGeorge syndrome from areas in Africa, Latin America and Asia, the research team developed facial recognition tech that can diagnose more than 96 percent of cases. 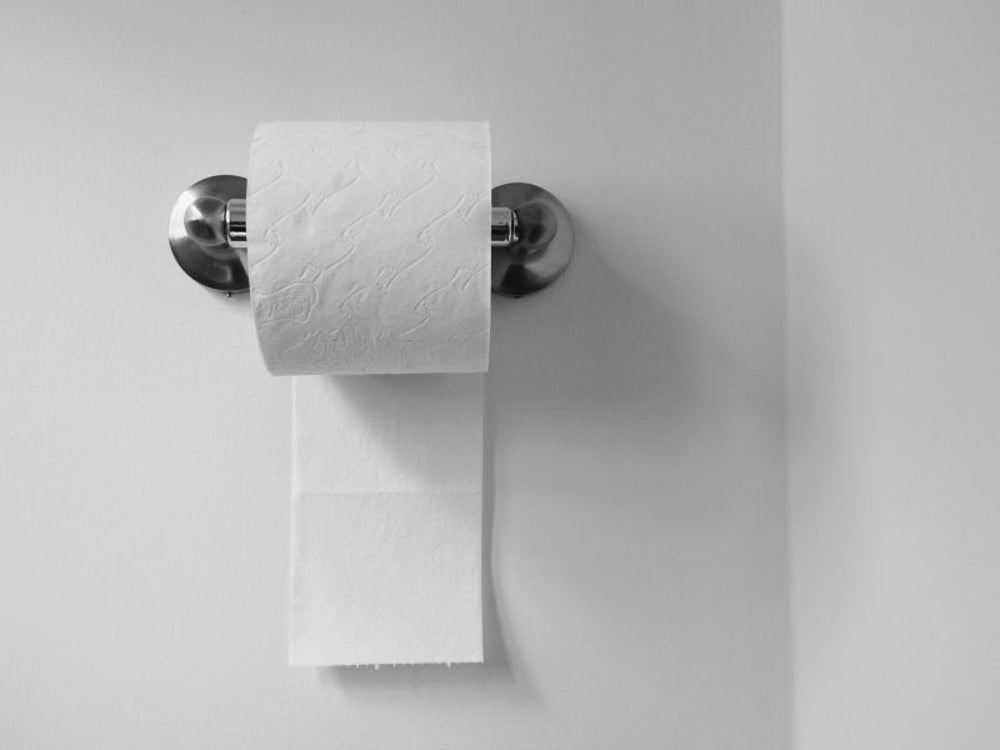 Toilet paper thieves, beware: Beijing is cracking down on your sticky fingers. With toilet paper theft on the rise in China, especially at the Temple of Heaven in Beijing, the country has implemented a way to combat this through facial recognition technology.

To eliminate the theft, the temple’s management has employed facial recognition systems into public restrooms. So how does it work? After requesting toilet paper, a person’s face is scanned and the machine dispenses two feet of toilet paper. It won’t release more paper to the same person until nine minutes have passed. 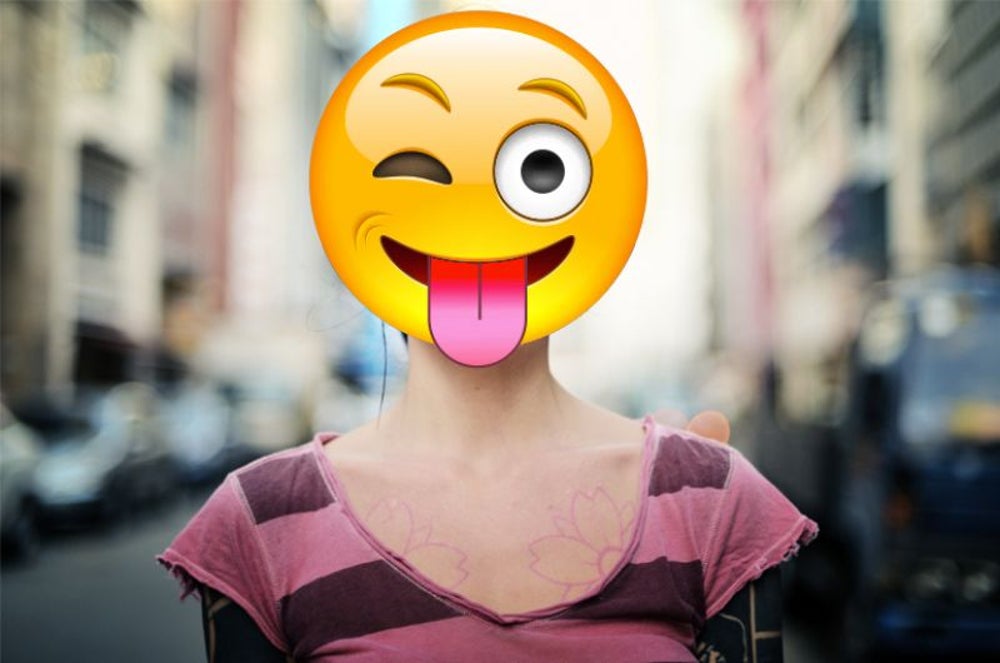 Snapchat is seeking new ways to protect people’s privacy in images. In a recently filed patent, the company discusses using an advanced facial recognition technology to scan photos and decide whether to refuse sharing the image or automatically cover the faces of some individuals in the image with emojis to ensure their privacy.

People would be able to save certain privacy settings on their Snapchat accounts that decides how photos of them can be shared.

To unlock your phone 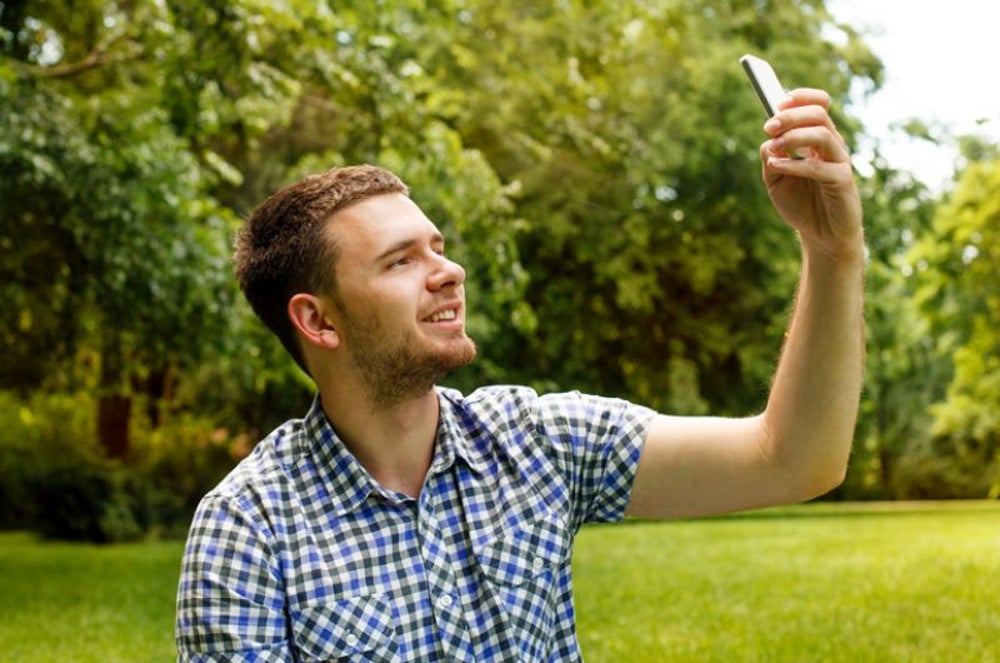 Apple has been investigating the use of facial recognition technology for unlocking iPhones. Taking a selfie with your iPhone that matches up to a previously taken photo would allow you to unlock your phone without any passwords.

To tag your pictures 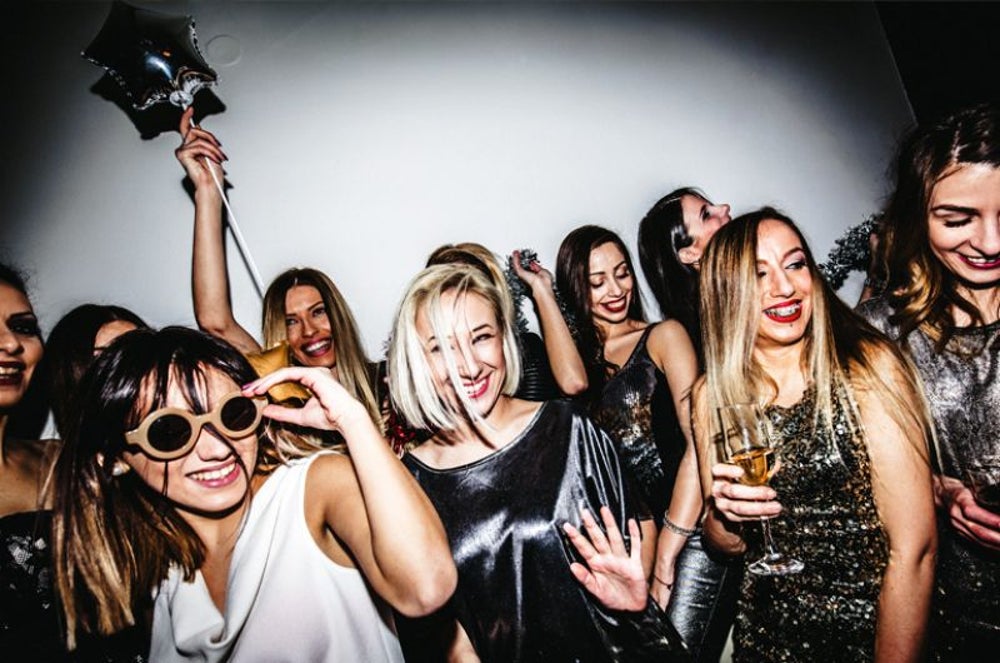 When a user uploads an image to Facebook, the site's algorithms recognizes the faces of friends and asks users if they would like to tag them. It’s typically pretty accurate. 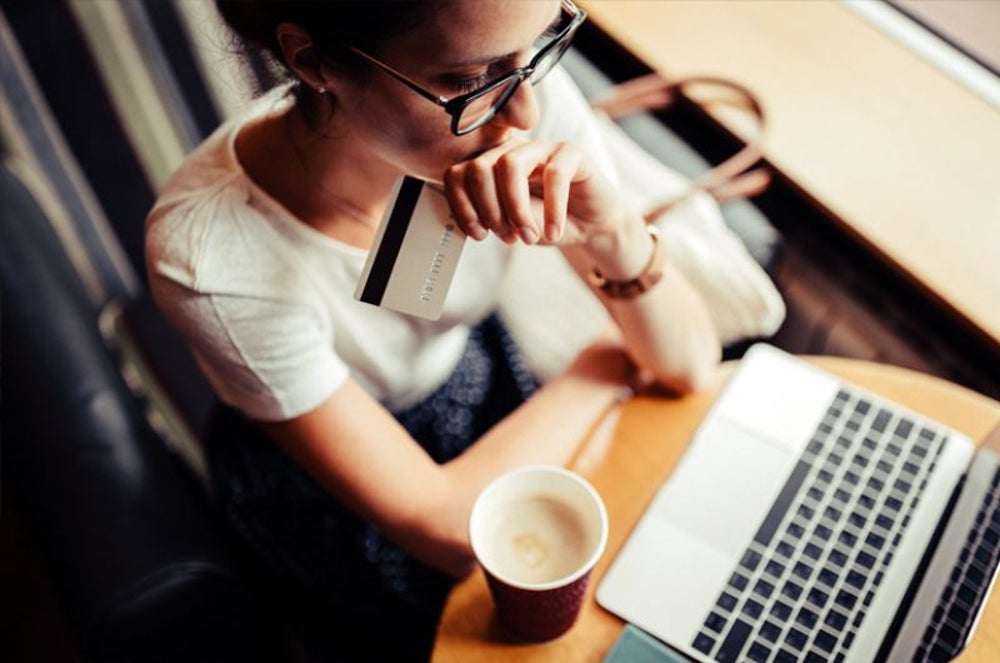 We all know what a hassle online payments can be -- creating an account, adding your shipping and billing addresses, putting in your credit card. Not to mention how nerve-wracking it can often be to give up such personal information to a website.

Ecommerce giant Alibaba wants to change that. Alibaba and its affiliate payment service AliPay aim to use facial recognition software for online payments. With this new technology, you would simply scan your face with your smartphone camera to place your order. 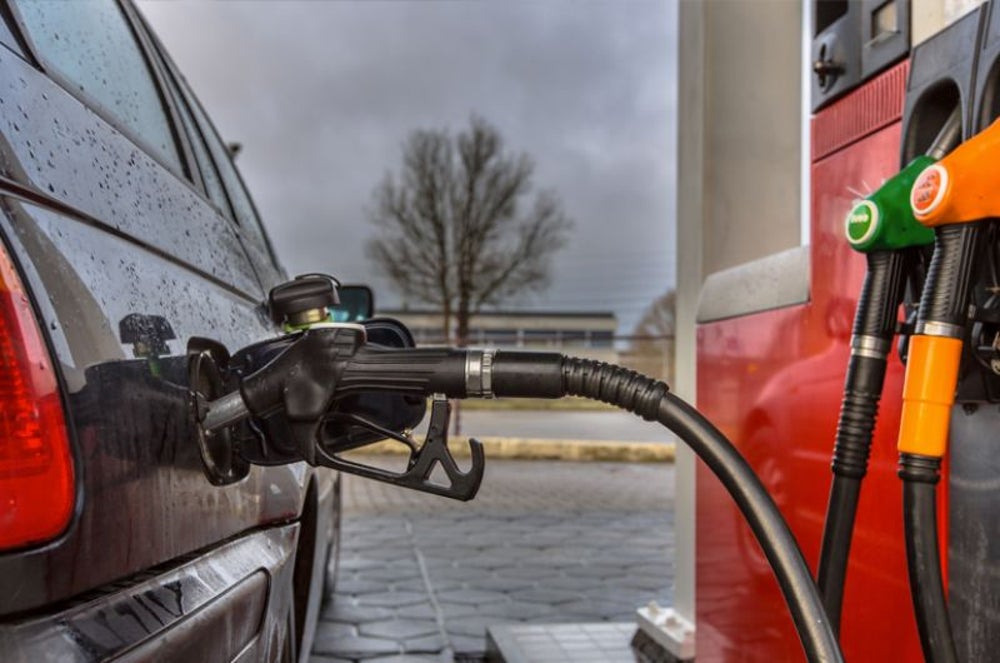 If targeted ads weren’t enough, Tesco plans to take things to the next level. The company is looking to install screens in petrol stations that will scan customers’ faces to determine their gender and age so it can run tailored ads.

The company plans to install OptimEyes screens in 450 of its U.K. stores. 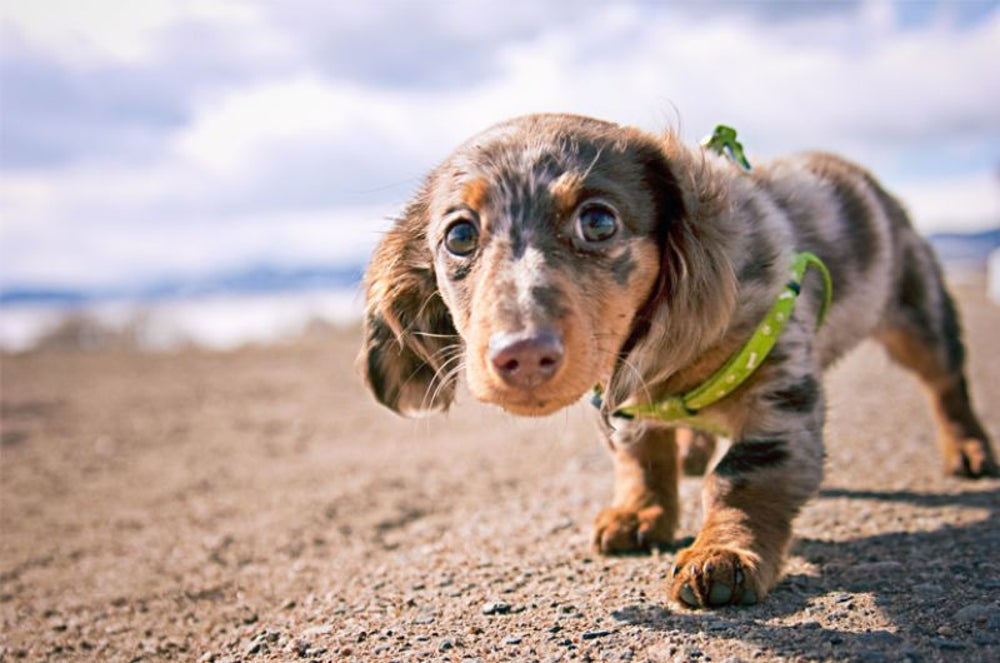 Companies are using facial recognition technology to save the world, one lost person or pet at a time.

Finding Rover is an app that lets owners and shelters post pictures of lost pets in hopes of reuniting them with their owners. Using facial recognition software, the app matches photos and alerts owners when their pets are found.

Similarly, Helping Faceless is an app created to help find missing and kidnapped children and reunite them with their families. Just as Finding Rover scans an image and finds a match, Helping Faceless essentially does the same for people. Users can input the date and location the person went missing to narrow search results.

To help the blind 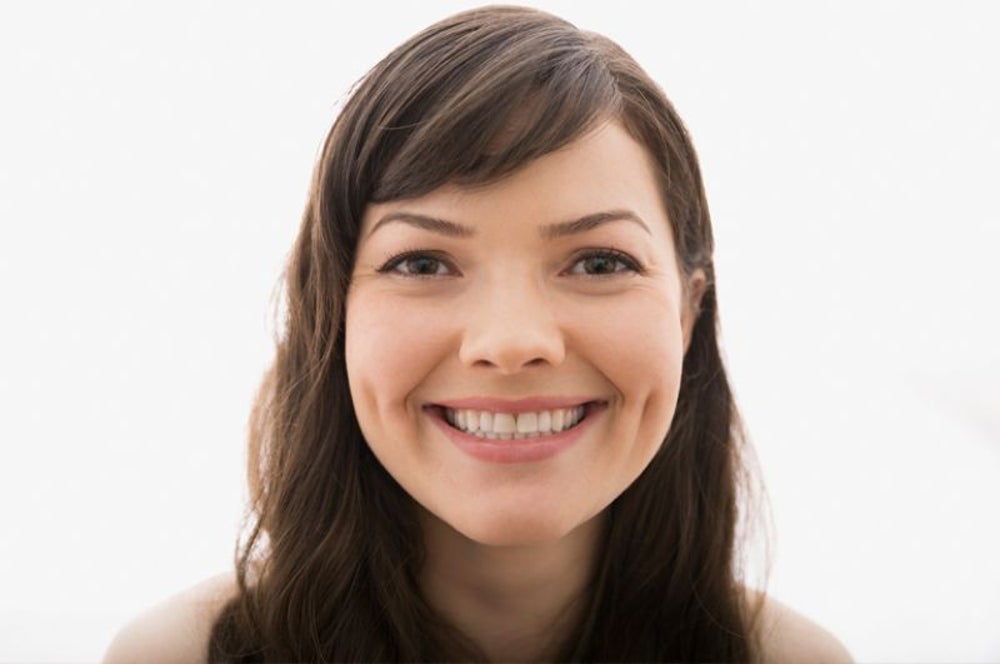 Mouthwash brand Listerine created a mobile app that helps people with blindness “see” smiles. The app detects when they are being smiled at by someone around them, then beeps or vibrates their devices to notify them.

The new app was launched in Europe, along with a touching documentary, Feel Every Smile, featuring four blind people who discuss how not knowing if someone is smiling affects them. Their reactions are moving and the new technology has been well reviewed. 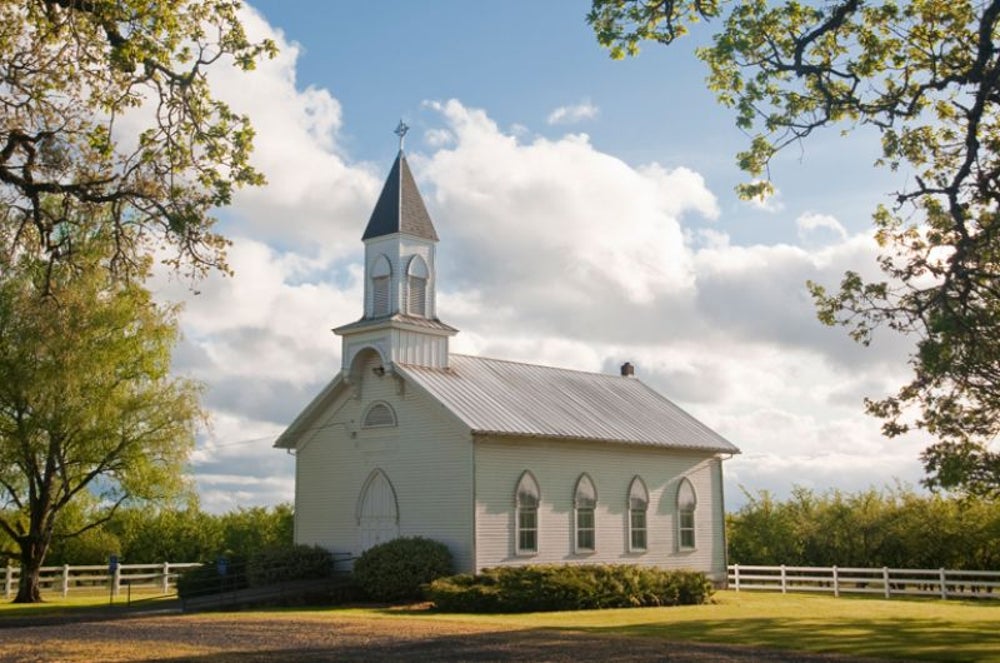 Churches around the world have started to use facial recognition technology Churchix to track who of their community is regularly attending services.

Using cameras that scan attendees faces as they walk into the building, the technology uploads and matches the images in a large database for the specific church community. Churches want to find out why people may not be attending, or ask for large donations from those who are.

To document your vacation 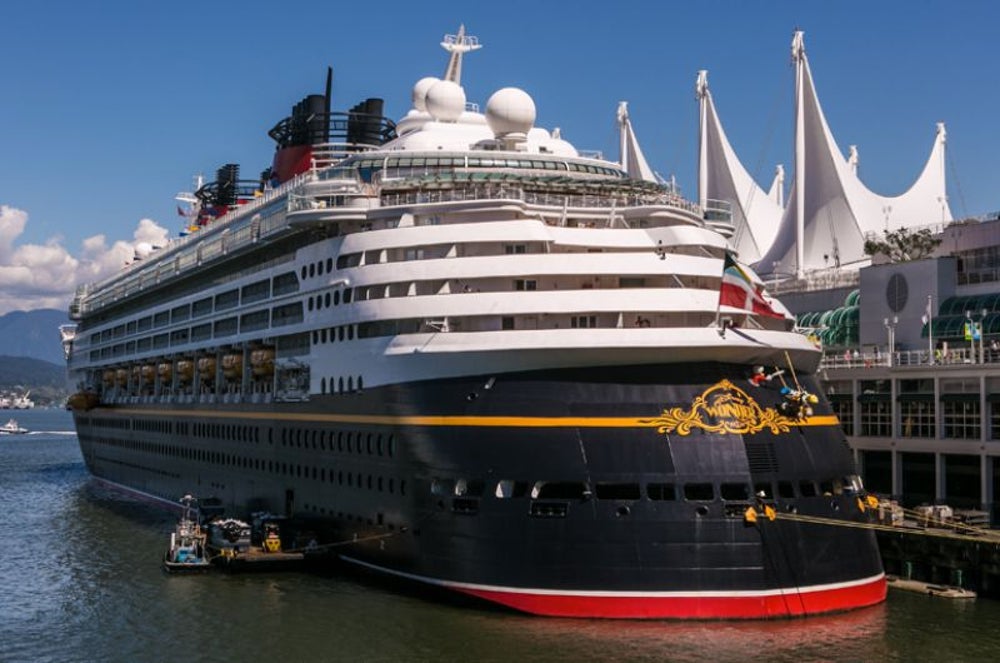 On some Disney cruise ships, photographers roam the ships for the duration of the vacation taking photos of travelers. The photos are sorted using facial recognition software that pairs the images to the specific people in the photographs.

Later, passengers can scan their Disney ID (which they receive before the trip) at a kiosk and all of their pictures are pulled up -- without any time being spent searching for yourself in the images. 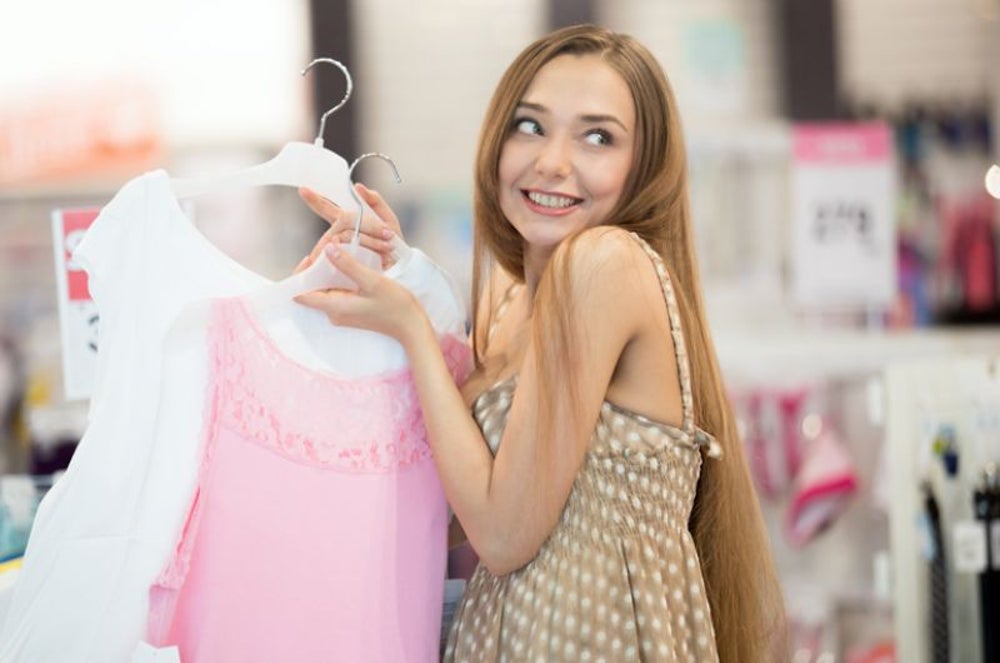 Wal-Mart has tested facial recognition software FaceFirst as a way to prevent theft.

The technology scans the face of anyone who enters a store and identifies any suspicious people and potential shoplifters -- instantly alerting store security on their phones. The trial lasted a few months at a number of Wal-Mart stores in the U.S.

A number of other stores, such as Saks Fifth Avenue and Nordstrom, are incorporating this technology into their security systems as well.

Local police forces around the country are also employing facial recognition technology as an additional tool to catch criminals.

To pay for food. 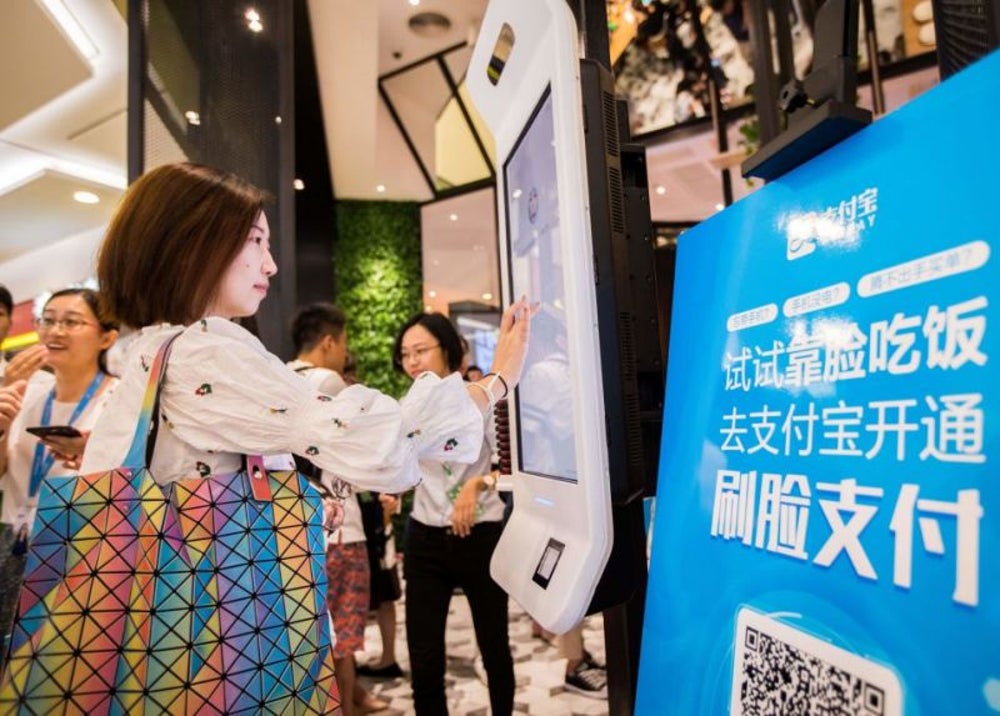 Image credit: STR | Getty Images
In China, financial services company Ant Financial has created a service that lets customers pay for their meals at a KFC branch in Hangzhou simply by scanning their face. All customers need to do is place an order through a digital menu, choose “face scan” as the payment option and provide their phone number.

To test for drugs. 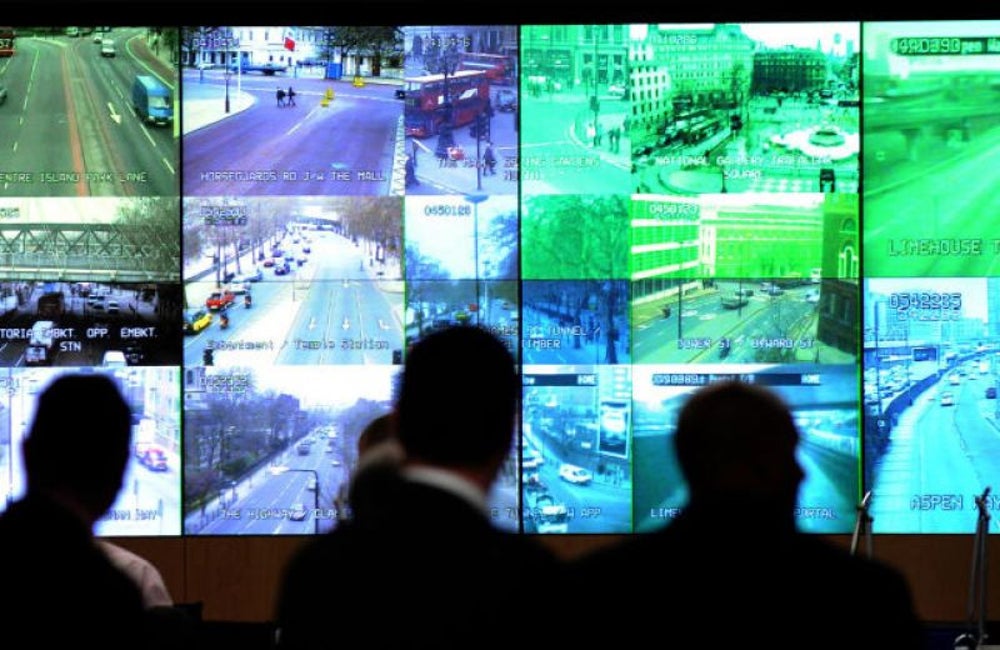 Image credit: Anthony Devlin - PA Images | Getty Images
Facial recognition is providing police a new approach to test people for drug use. At an annual beer festival in China, police arrested 19 people who tested positive for drug use. With 18 cameras installed at the festival’s various entrances, the cameras recognized people with histories of drug use (in China, people caught with illegal substances must register with the government). Police tested those individuals and arrested those who tested positive. 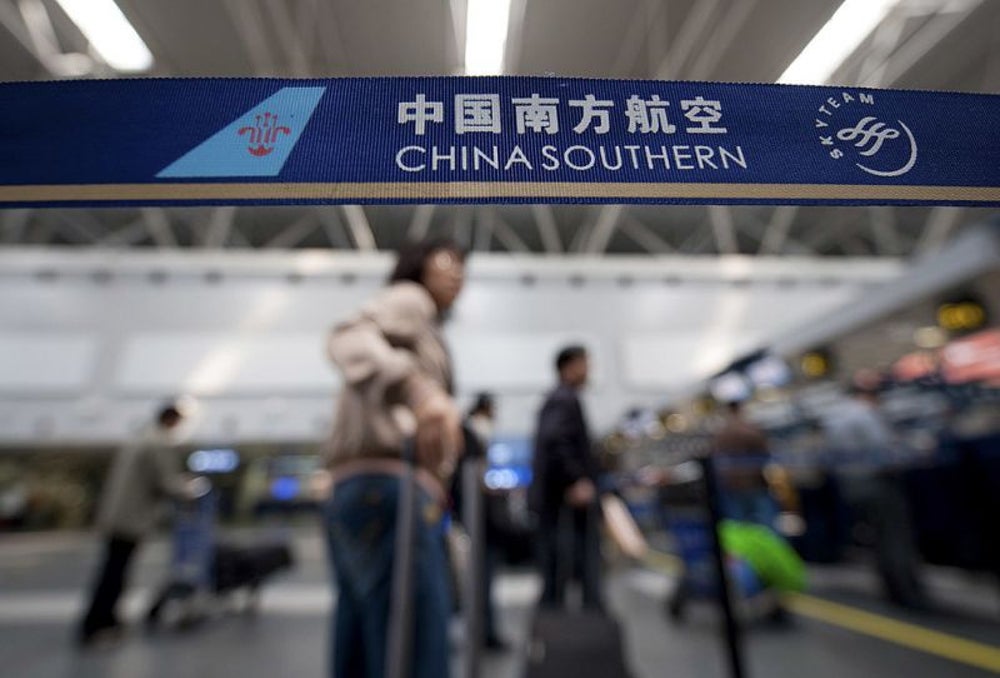 Image credit: Bloomberg | Getty Images
China Southern Airlines is allowing passengers to board aircrafts by scanning their faces, rather than their boarding passes. JetBlue is also experimenting with the technology.
More from Entrepreneur

What Entrepreneurs Need to Know About Facial Recognition Technology