Kanye West adores himself, but he also looks up to Steve Jobs, Walt Disney and Taylor Swift.

That's what the controversial rapper said last night while spouting off unfiltered at the MTV Video Music Awards. Other role models he name-dropped before dropping his new video: Howard Hughes, Harry Truman, Henry Ford and, yes, himself, “West.” Because you better believe Kanye inspires Kanye.

"I know times for me, I sit down and talk to older, like, like, rich people,” West said during his six-minute rant. “You know, a.k.a. white, you know. And they tell me, 'Don't compare yourself to Steve Jobs.’” He then recalled a friend telling him that stripping away a person’s role models helps to keep “people impoverished.”

Without the right leaders to look up to, you might only look down and stay down.

But there he was on stage anyway, live on TV. Kanye West the man, the artist, the icon. Standing in front of his idol, Puff Daddy. In front of his wife, the famous-for-being-famous Kim Kardashian. All despite the odds -- and role models you might not expect a rapper from Chicago’s South Side to admire. “Bro, we are undeniably the influence, the thought leaders,” he boasted. He’s right.

Here are six other famous thought leaders, their role models and why they look up to them:

1. Elon Musk, founder of SpaceX and co-founder of Tesla 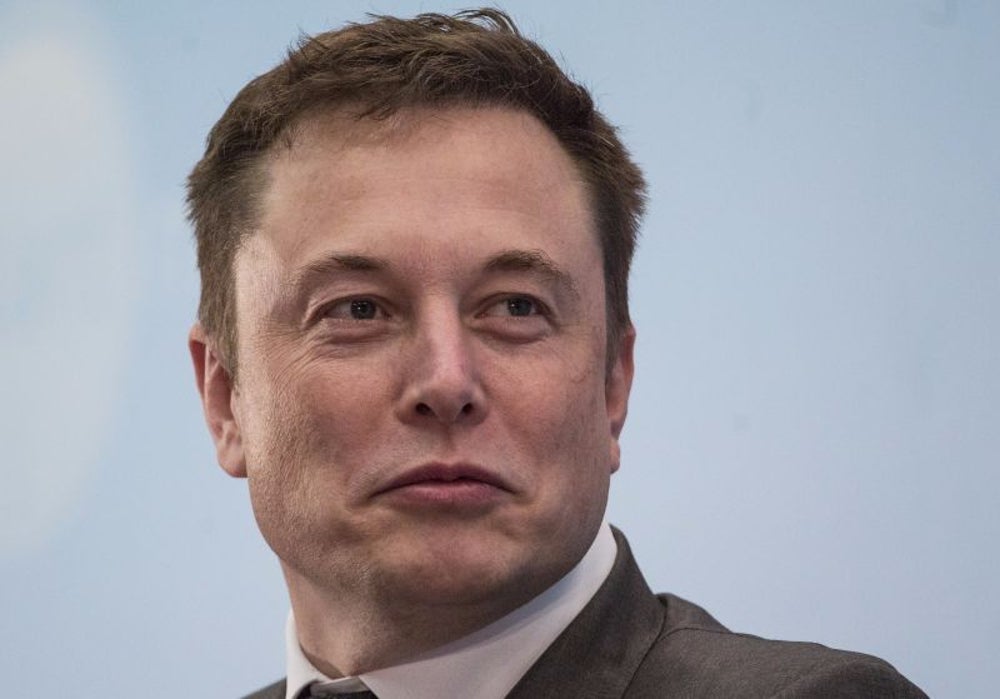 The man who inspired Jon Favreau’s Iron Man is inspired by Microsoft Corp. co-founder Bill Gates, Apple Inc. co-founder Steve Jobs and his good pals Larry Page and Sergey Brin, the brains behind Google. Musk says in this revealing Mahalo video that he also looks up to Warren Buffett “on the investing side.”

As for big dreamers and inventors, the billionaire founder’s role models are Nikola Tesla, Thomas Edison and Oscar Wilde. He gets giddy when man-crush gushing about Tesla, his car company’s namesake, of course. It’s sort of cute. Watch the Mahalo video and you’ll see what we mean. 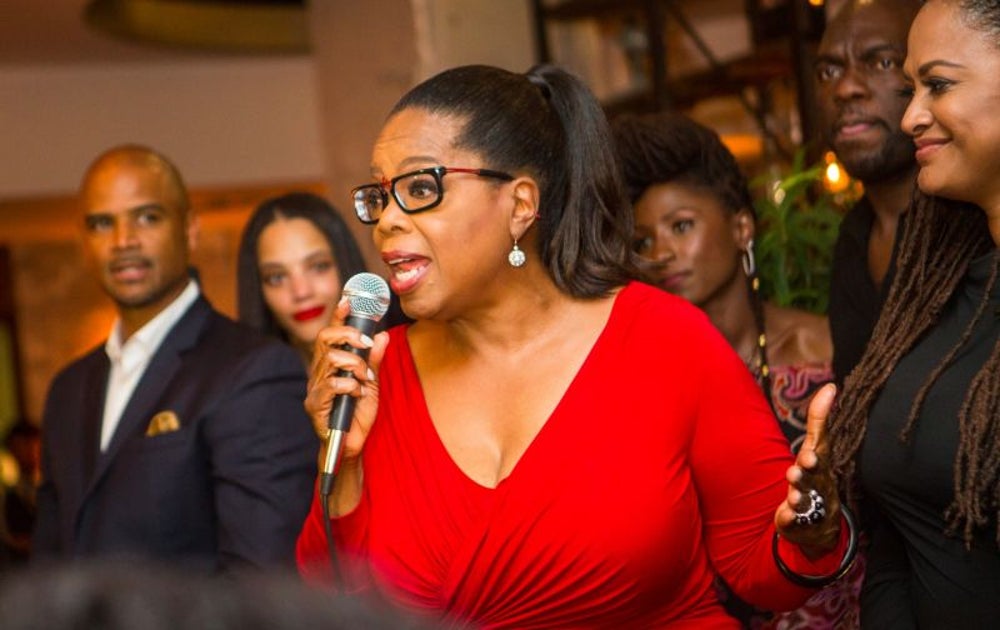 The most famous female media mogul of our time looked to anti-apartheid revolutionary Nelson Mandela as a role model. As her friend and mentor, he taught her not only how to give back to others with grace, but also how to remain gracefully humble. "He was everything you've ever heard and more -- humble and unscathed by bitterness,” she said of the late leader in a statement following his death. “And he always loved to tell a good joke. Being in his presence was like sitting with grace and majesty at the same time."

Lesser known individuals from her past also inspired her to be her best and climb great heights. "My fourth-grade teacher, Mrs. Benton, was the first person that I really could see believed in me," Winfrey told Parade magazine. "She would tell me that I was just the smartest little girl she'd ever seen."

Interestingly, Oprah also says her “favorite role models” are dogs. Here’s why: “I want to work like a dog, doing what I was born to do with joy and purpose. I want to play like a dog, with total, jolly abandon. I want to love like a dog, with unabashed devotion and complete lack of concern about what people do for a living, how much money they have, or how much they weigh.” 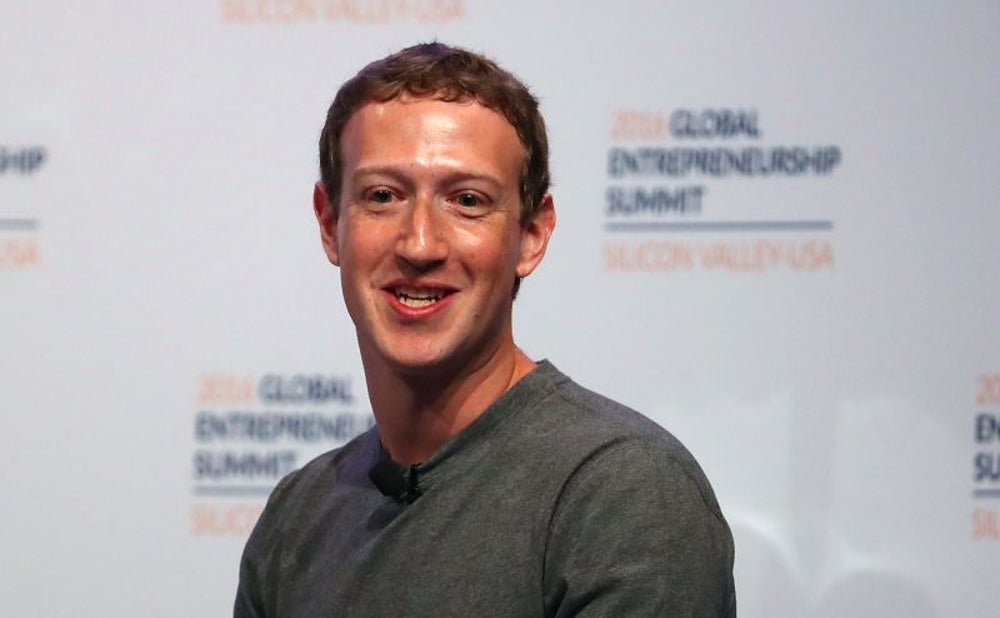 You might assume that Mark Zuckerberg would name Steve Jobs as his hero, especially after the late legend personally advised him in the early days of Facebook. Not so. Turns out Zuck is more of a Bill Gates idolator. In fact, he calls the Microsoft co-founder his childhood hero. "Bill Gates ran one of the most mission-driven companies I can think of,” he said at TechCrunch Disrupt conference in 2013. “Microsoft had a great mission. To put a computer on every desktop and in every home."

Zuckerberg’s mission: To put the internet, and of course Facebook, on every device everywhere in the world. Coincidence? We think not.

Mind you, Gates, also a Harvard dropout like Zuckerberg, created a Facebook account after Microsoft (which he was no longer at the helm of at the time) dumped a $240 million-dollar equity stake into Facebook in 2007. What a day that must’ve been for Zuckerberg.

Related: From Under the Hoodie: 5 Entrepreneurial Lessons From Mark Zuckerberg 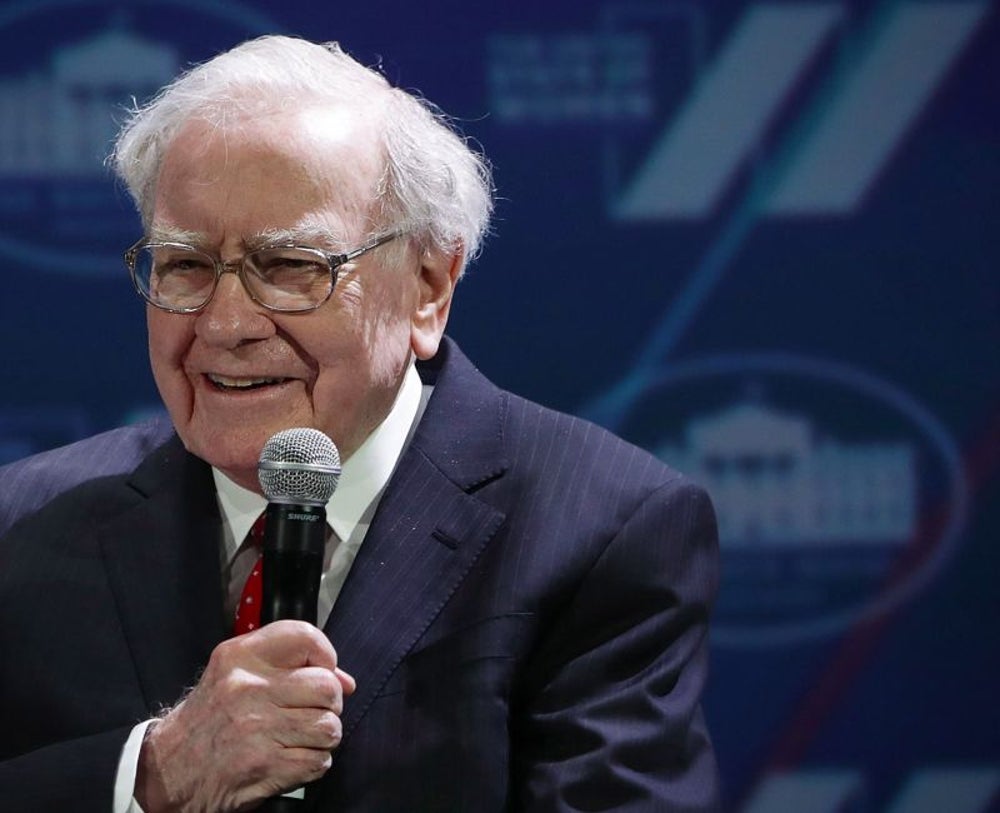 Benjamin Graham changed Warren Buffett’s trajectory long before the billionaire businessman held court as the “Oracle of Omaha.” Buffett devoured the American economist’s seminal book, The Intelligent Investor, while attending the University of Nebraska--Lincoln (UNL). He had stocked up on wise “value investing” tips for later use.

The Berkshire Hathaway chairman and CEO described discovering Graham to “almost like” finding “a god,” his former UNL housemate Truman Wood said. In Buffett’s own words, Graham was his “idol.” He considers him the most influential person on his life, apart from his stockbroker father.

Graham, a longtime Columbia Business School professor who met and got to know Buffett at the school, eventually hired Buffett to work at his firm. They forged a strong bond and the key lessons Buffett learned from his mentor, friend and idol still pay dividends today. 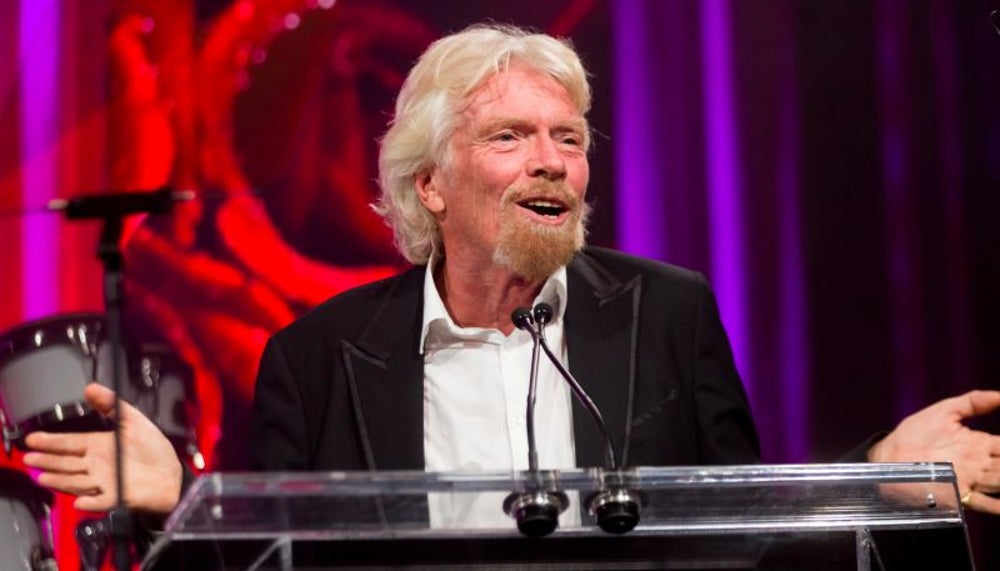 Richard Branson says the “missing link” between a “promising businessperson and a successful one” is often a good mentor. A role model. Someone to inspire greatness within.

He should know. If not for the “invaluable advice and guidance” from Branson’s business mentor -- the bullish founder of Laker Airways, one of the first no-frills long-haul airlines -- the self-made British billionaire might never have gotten Virgin Atlantic off the ground.

“It’s always good to have a helping hand at the start,” Branson wrote in a post on his blog. “I wouldn't have got anywhere in the airline industry without the mentorship of Sir Freddie Laker. Now, I love mentoring young entrepreneurs.” 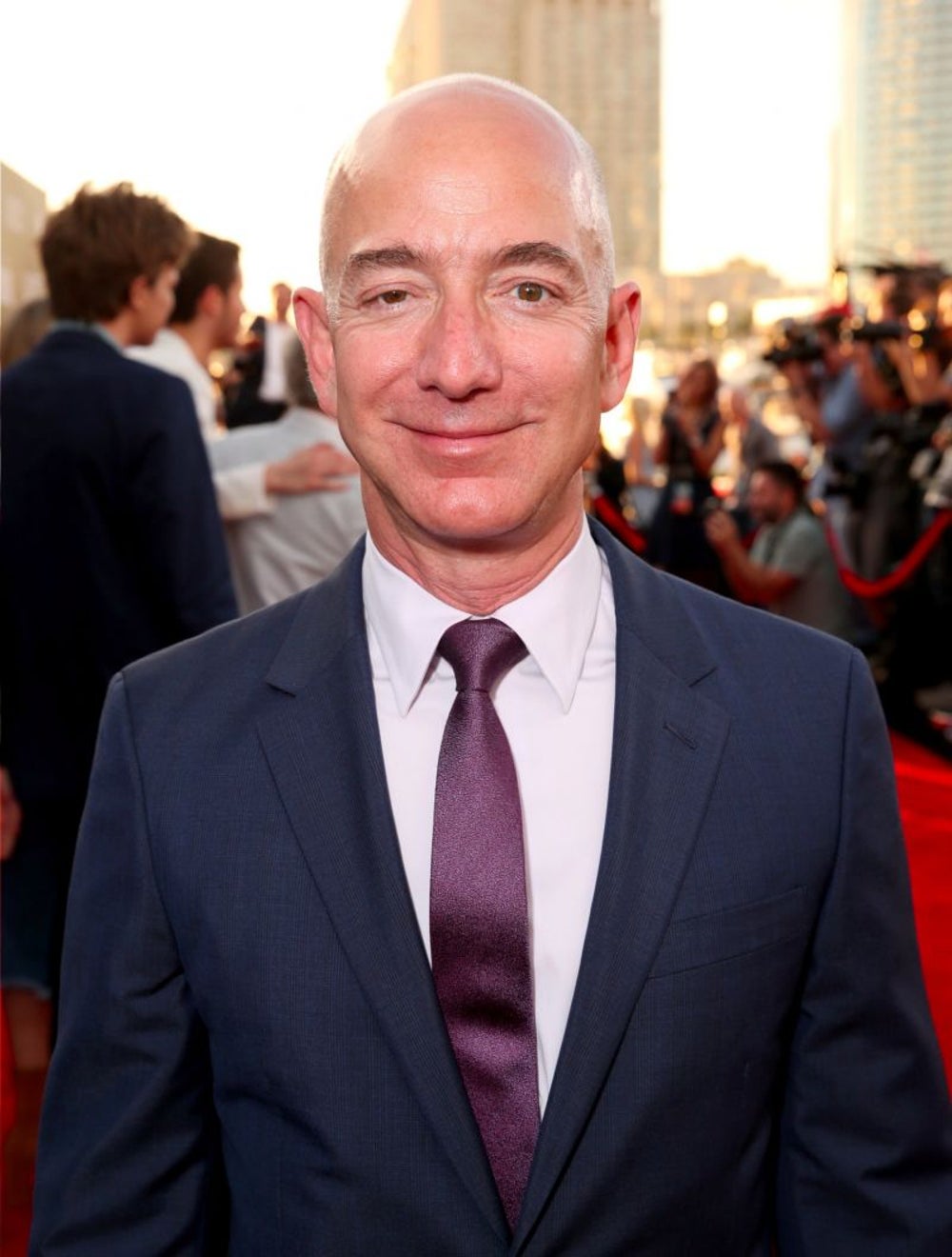 Jeff Bezos found inspiration in not only his rancher-engineer grandfather, who fueled his fascination with technology, but also in one of the world’s most famous tinkerers, Thomas Edison. “I've always been interested in inventors and invention,” Bezos, who invented the internet’s first bookstore in 1994, told The Academy of Achievement (TAA). “Edison, of course, for a little kid and probably for adults, too, is not only the symbol of that but the actual fact of that -- the incredible inventor.”

The billionaire electrical engineer and computer scientist also counts Walt Disney as a role model. He admires how Disney motivated large groups of people to help bring his inventions and ideas to life. “Things that Disney invented, like Disneyland, the theme parks, they were such big visions that no single individual could ever pull them off,” Bezos also told TAA, “unlike a lot of the things that Edison worked on. Walt Disney really was able to get a big team of people working in a concerted direction.”

One concerted direction Bezos is boldly leading his charges toward these days is space, with the blast off of his private spaceflight startup Blue Origin.

Related: 5 Things Jeff Bezos Does Other Than Work
More from Entrepreneur