One lucky person gets the Microsoft co-founder as their Secret Santa.
Next Article


Every year, Reddit puts on a massive Secret Santa gift exchange, and, every year, one lucky person gets Bill Gates as a Santa. And boy, is he good at it.

Alicia, also known as Reddit user "Aerrix" (who describes herself as a woman who loves video games, The Legend of Zelda, The Little Mermaid, Harry Potter and Nintendo) got blown off by her Secret Santa last year. But she faithfully signed up again. And was that ever a smart move.

Her first clue that the billionaire had pulled her name was that the box that arrived was huge. And he spared no expense in shipping it overnight either.

Her second clue: Bill Gates wrote her a personal letter and enclosed a picture of himself with the letter, wearing a Santa hat. When you're Bill Gates and you're someone's Secret Santa, part of the fun is proving that this gift really came from you.

"I can't believe your Secret Santa left you hanging last year. To ensure you don't lose faith in the Reddit Community I've enclosed several gifts that I hope you enjoy. There are a few video games for you to play, some things to keep you warm, and three of my favorite movies to watch over the holidays.

"I've also made a donation in your name to Code.org to help give more students the chance to learn computer science.

"P.S. I won't be able to consult with the Sorting Hat but I can tell that you are quite clever – so I got a pair of Ravenclaw slippers from Hot Topic."

The huge box was stuffed with individually wrapped presents, 12 in all. 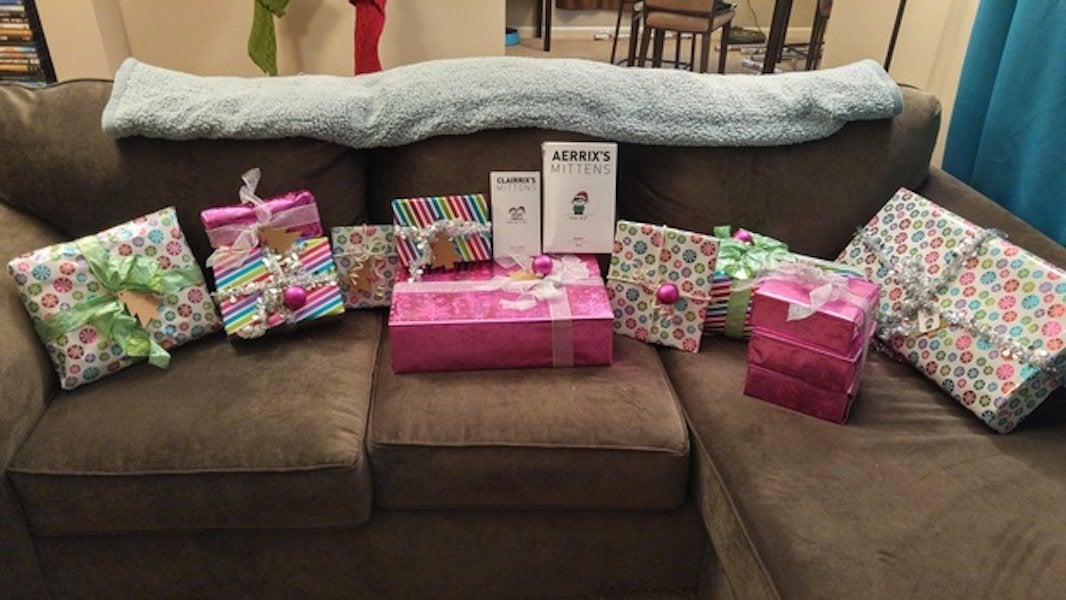 An ecstatic Aerrix posted a long note, along with photos of everything, on the Reddit Gifts site, writing:

"I'm just blown away by his generosity, which went even further than all these gifts because he submitted a donation to Code.org in my name to give more students the chance to learn computer science, which is AWESOME because it's something near and dear to my heart."

She opened the box. "I got everything out and laid it out all nice, and there was glitter EVERYWHERE." 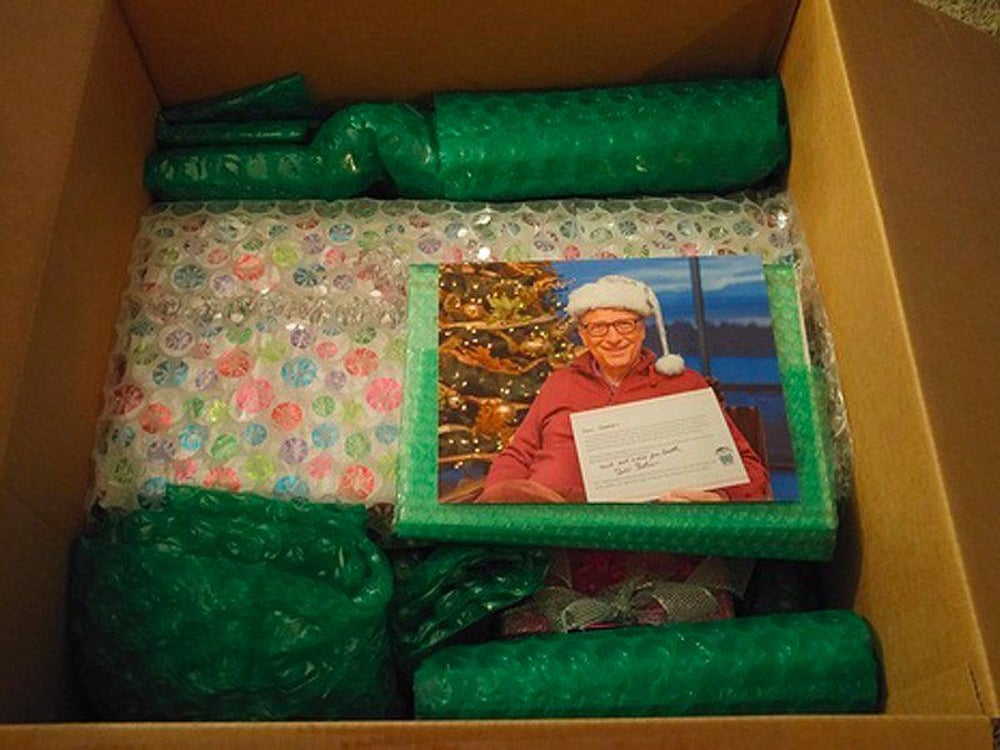 First thing she saw was his photo and a signed note from him to verify that Bill Gates really was her Secret Santa. 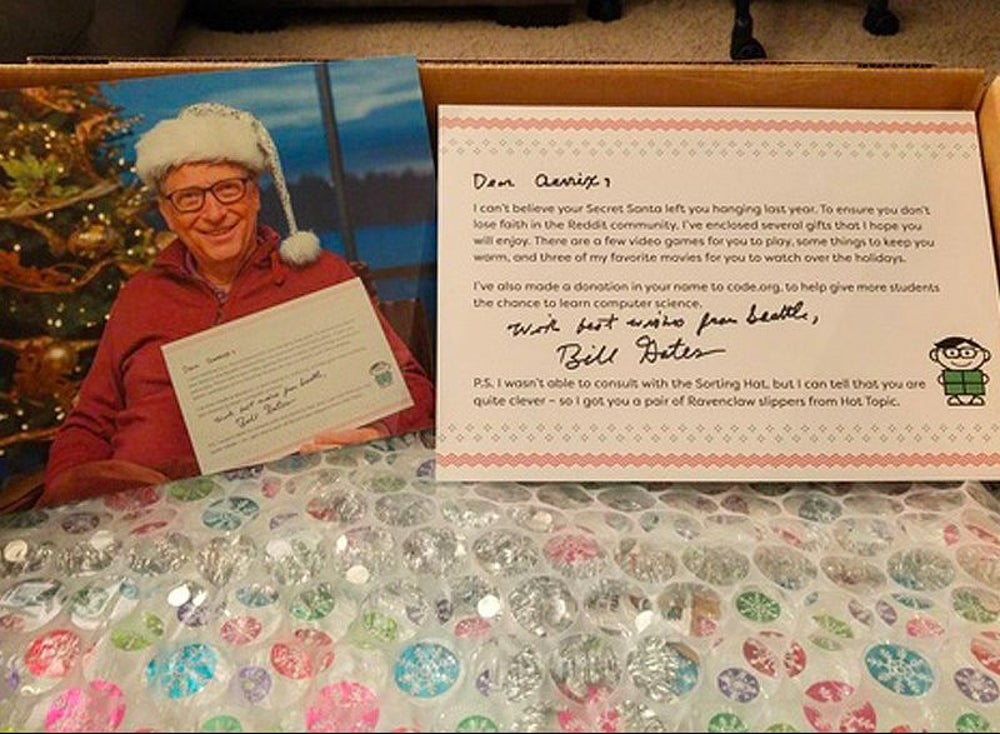 The first box she opened said "Aerrix's Mittens" and "Clairrix's Mittens." "My dog's name is Claire, btw, how freakin CUTE IS THAT?! He got me ZELDA MITTENS and you guys, matching ones for my DOWG!" Yes, Bill Gates bought matching mittens for a human and her dog. To answer her question, it is VERY CUTE. 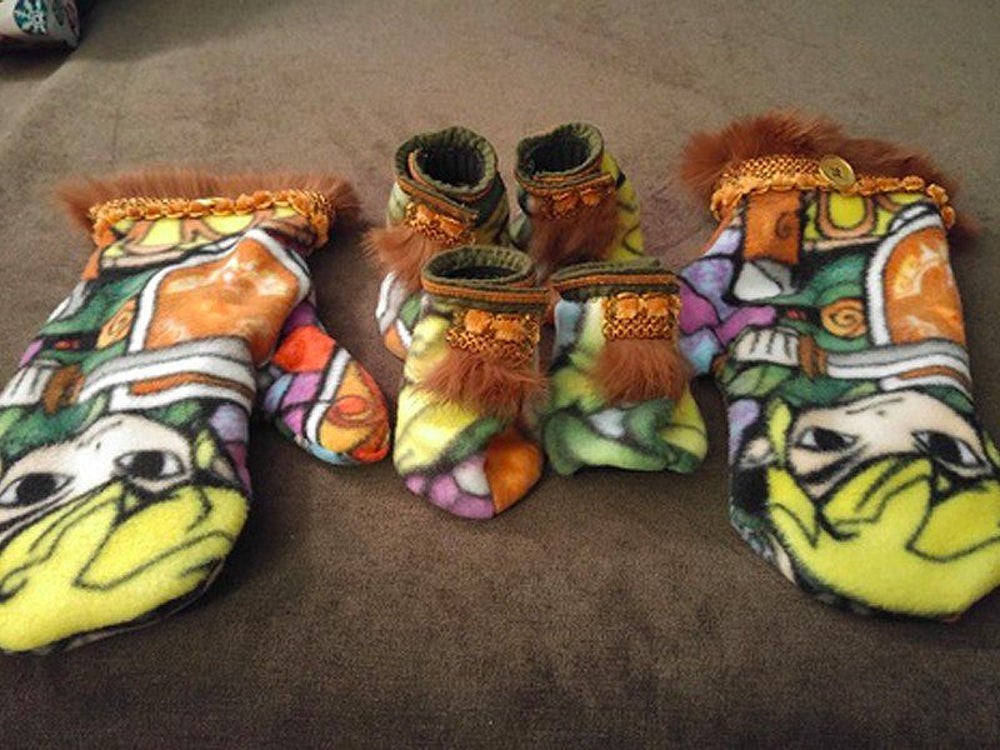 He also bought her that new pair of slippers ... 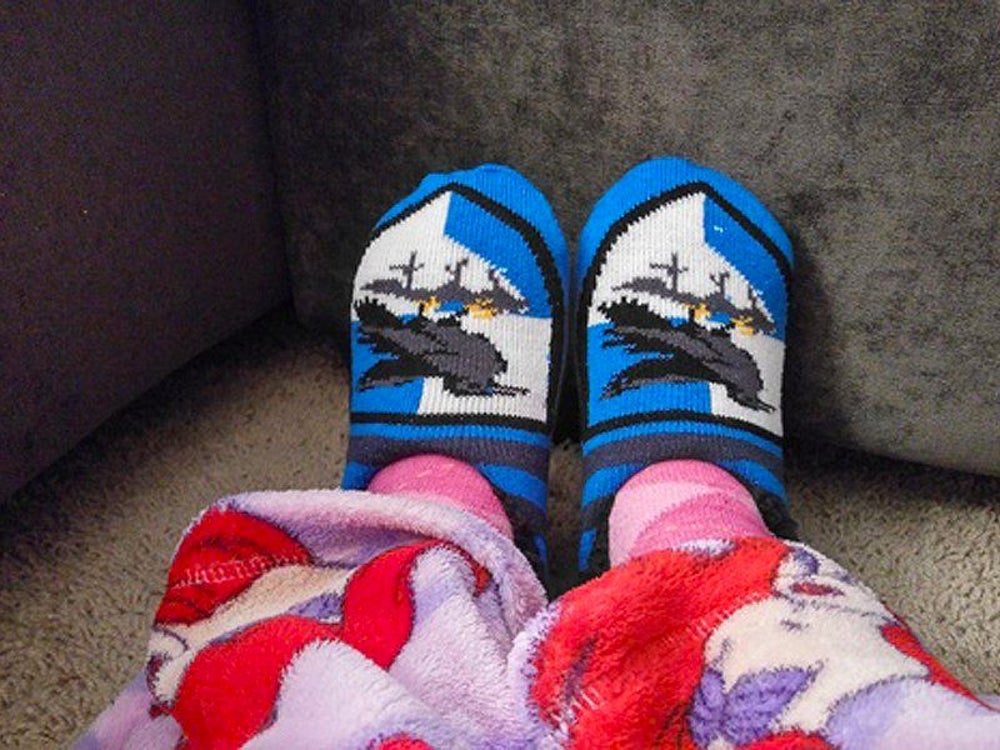 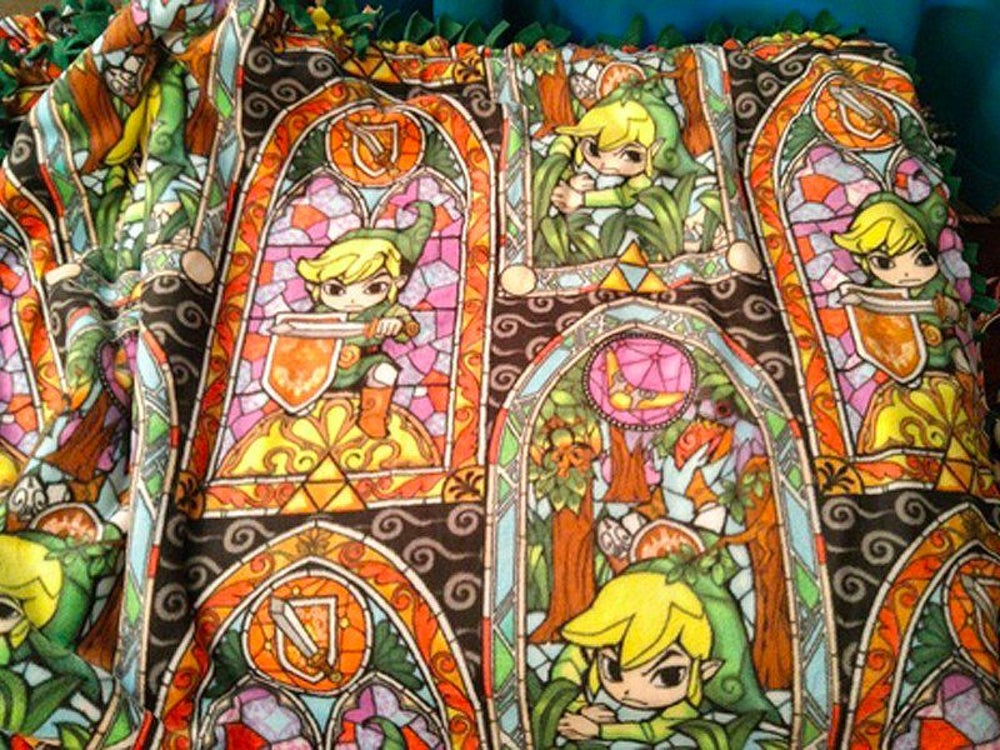 ... and these movies, three of his favorites. 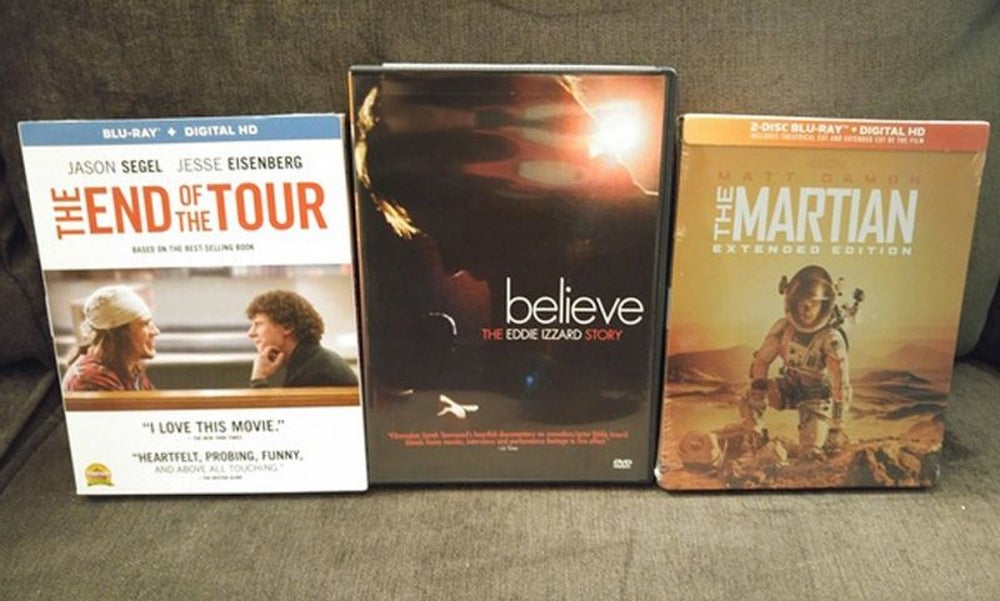 He got her a paper replica of the Master Sword from "Skyward Sword." 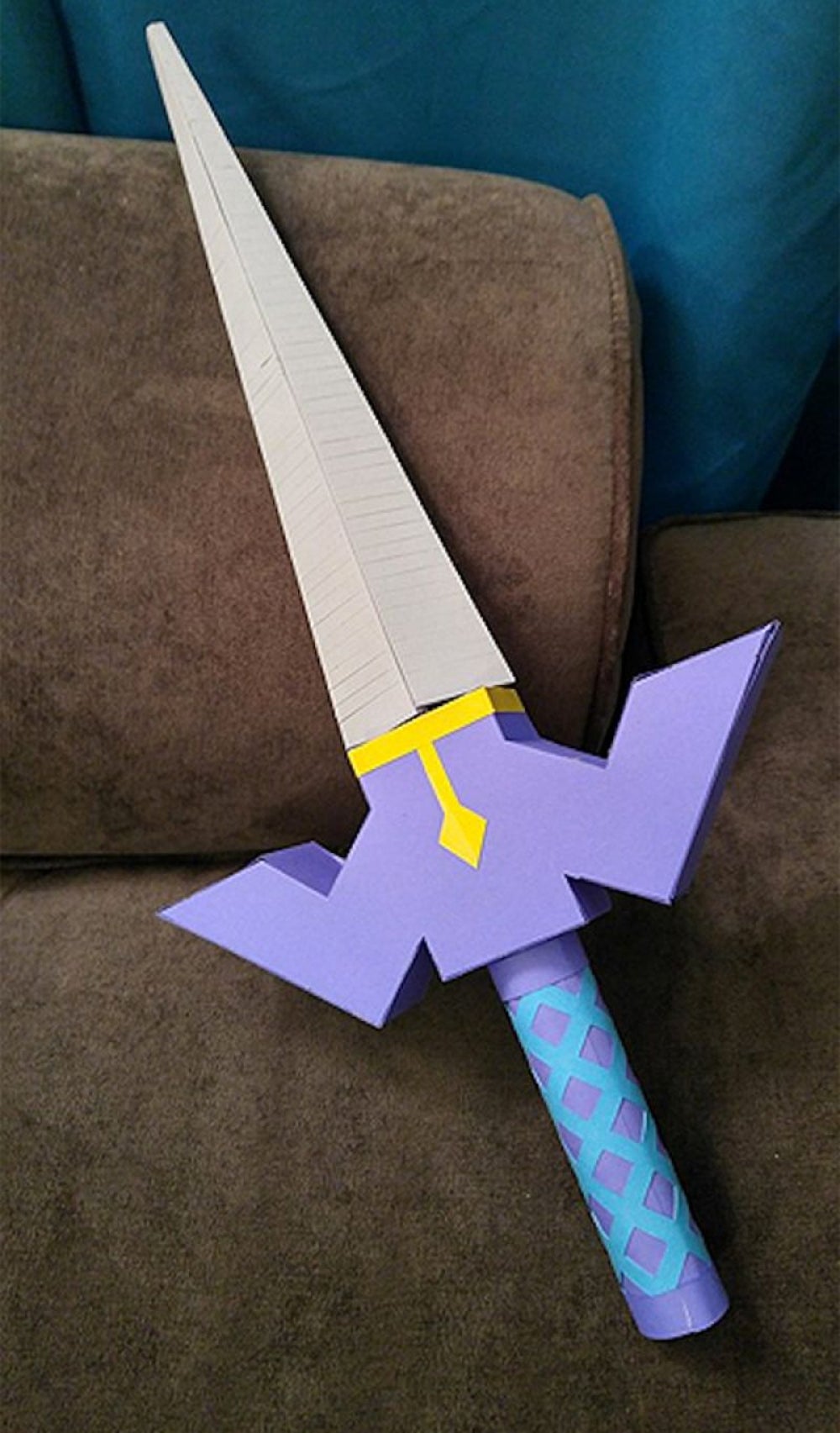 And he got her a Cajun cookbook because her profile says she's from southern Louisiana and misses her family's home cooking. On the book was a handwritten note that said, "Aerrix, Since you're originally from Louisiana and miss your Uncle's Cajun cooking, I thought you might enjoy trying some of the recipes from this cookbook." 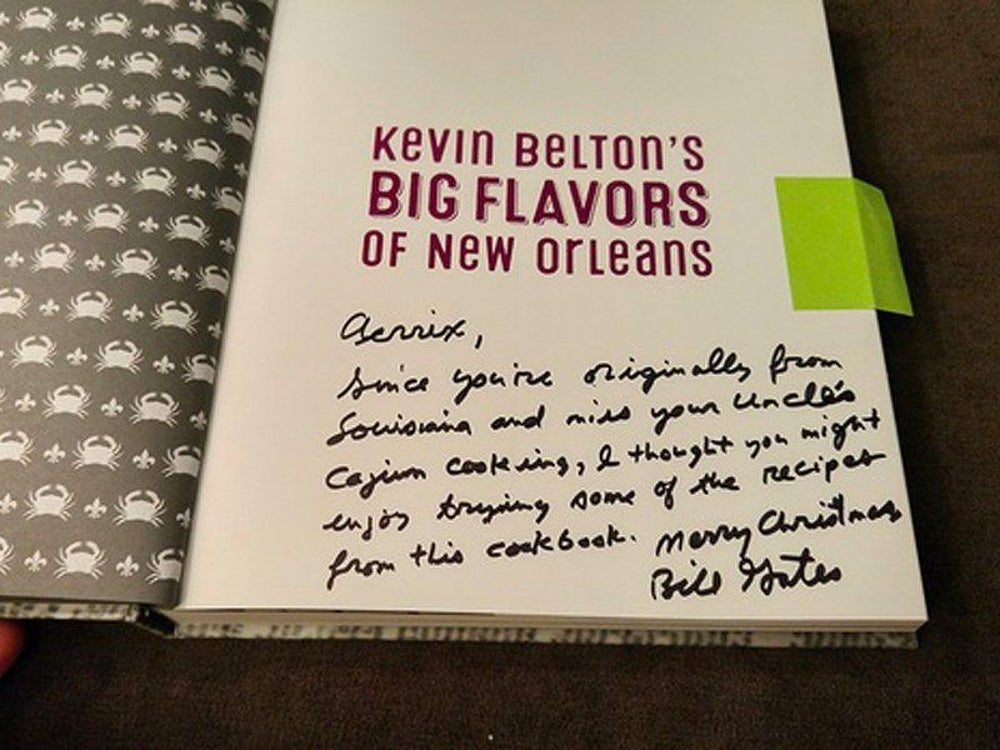 She unwrapped three special-edition wireless Xbox One controllers, which made her look at the biggest box in the bunch ... 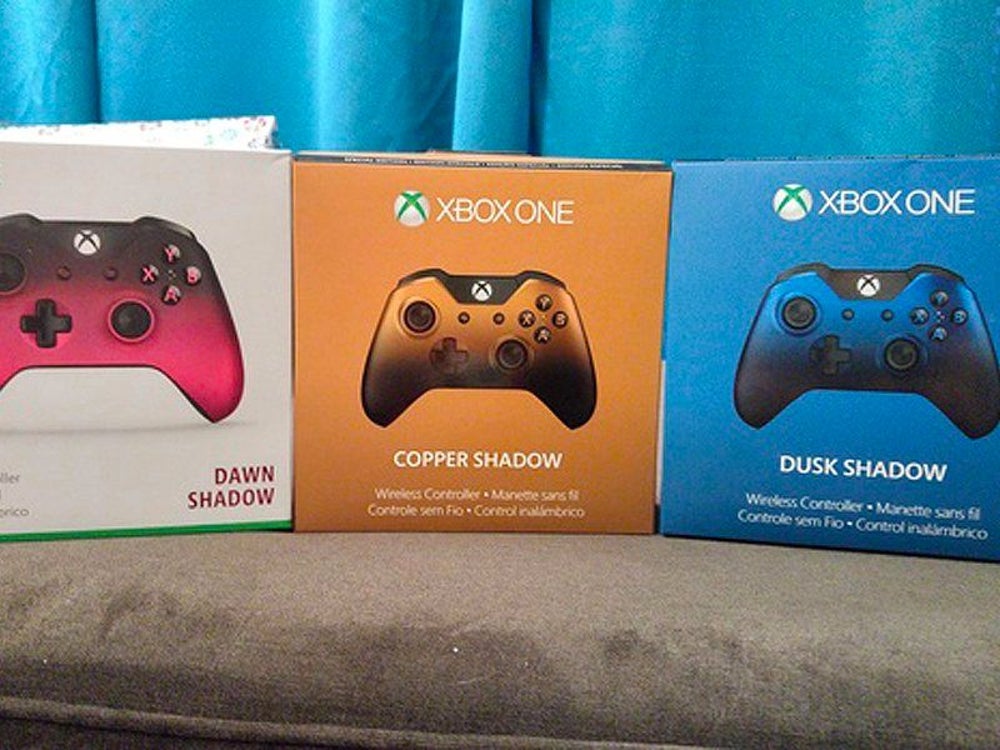 ... and it was a Xbox One Minecraft Edition with a handwritten note, "I love my Xbox and thought you might like one too." She writes, "Well yes, yes I would! And I do!" 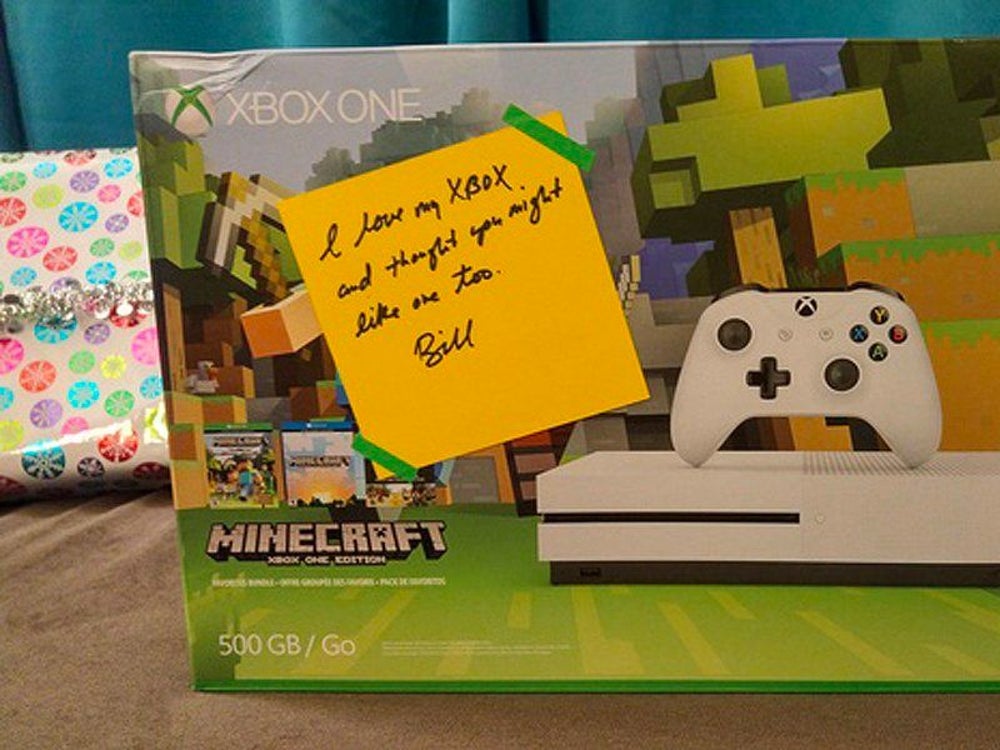 But he didn't stop there. He also got her a NES Classic Edition. She said, "I've wanted one of these SO BAD! And NOW I HAVE ONE! BECAUSE BILL GATES!" 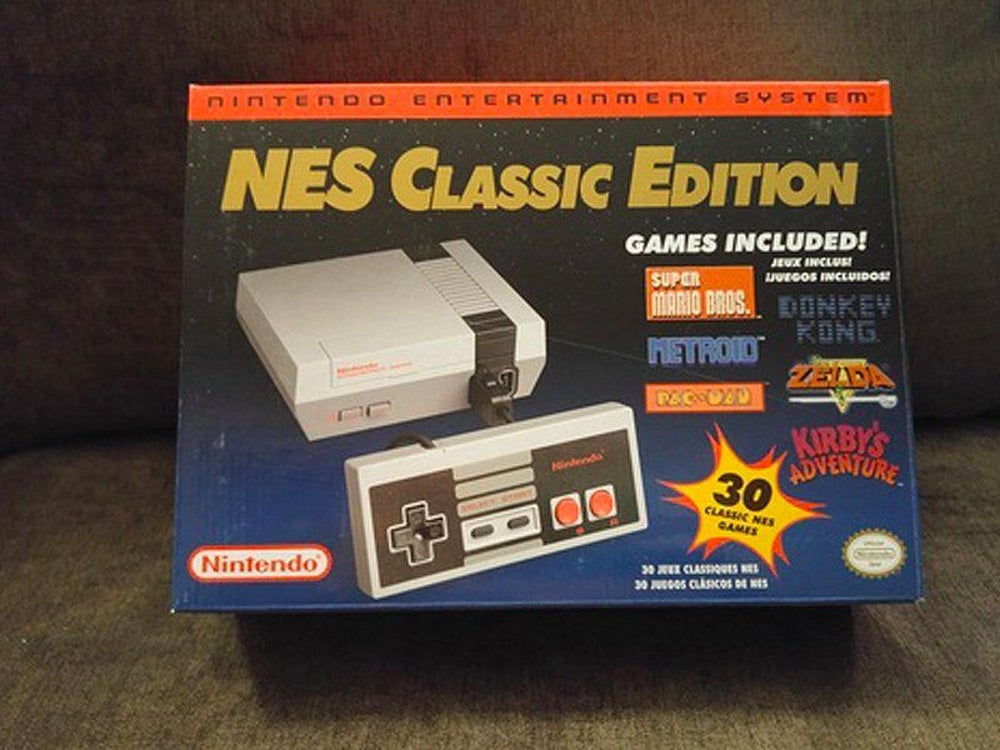 And like whipped cream on a triple portion of hot apple pie, he also threw in the "Halo 5: Guardians" game ("Limited Edition, of course") and the new "Tomb Raider" game and a year's worth of Xbox Live Gold membership cards. "WOOOOO!" she wrote. 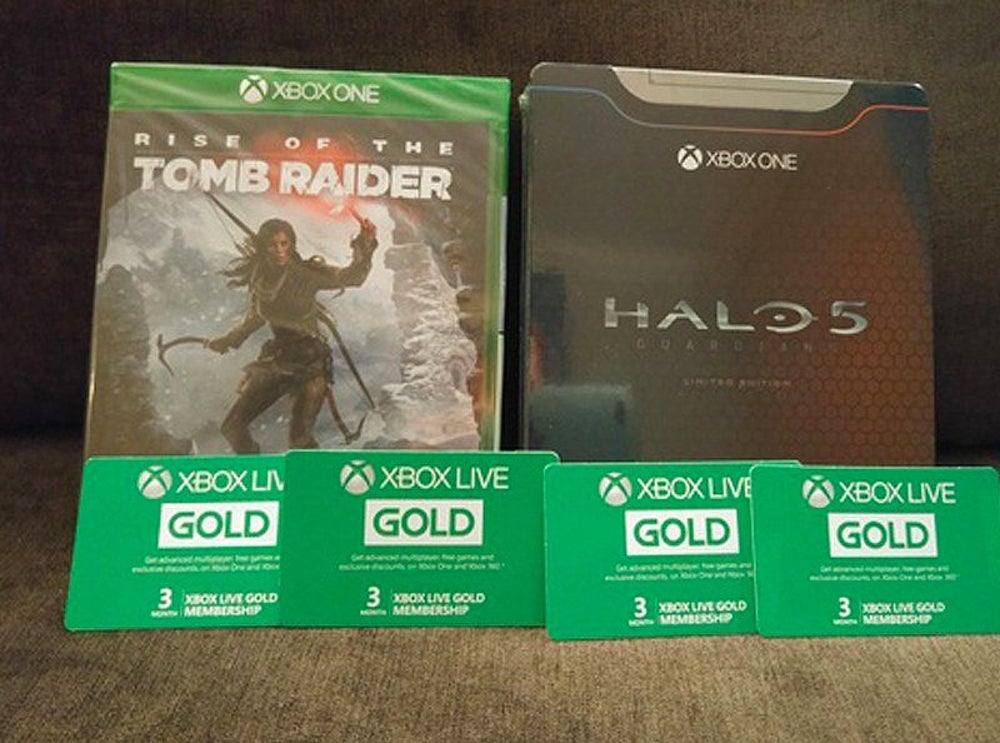 But the funniest gift in the box was a beaded Zelda-themed picture frame (he knew from her profile that she loves to bead). Inside the frame was a photo of her family with Gates added in. She wrote, "The picture in it is just the best...he used my profile picture on here of me, my husband, and my dog, PHOTOSHOPPED HIMSELF IN, and put Santa hats on all of us! Come on now, that is the cutest thing!" 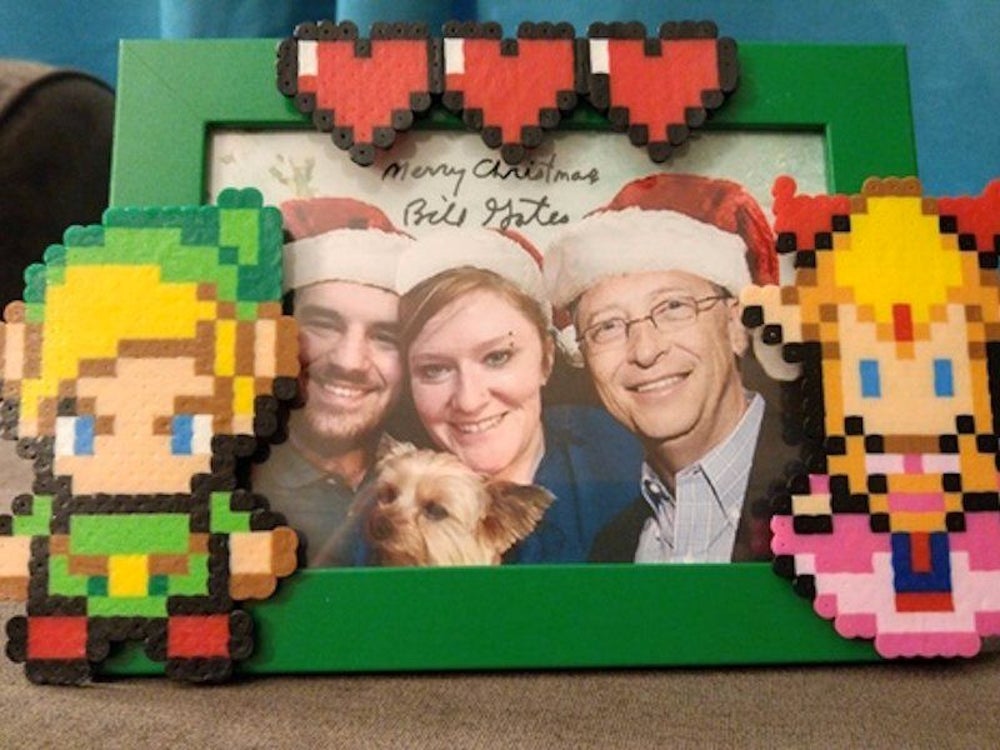 And, she wrote: "Merry Christmas to all y'all out there, and to Mr. Gates, who has the biggest heart and REALLY KNOWS HOW TO TREAT A GIRL TO SOME VIDEO GAMES (and video game paraphernalia)." 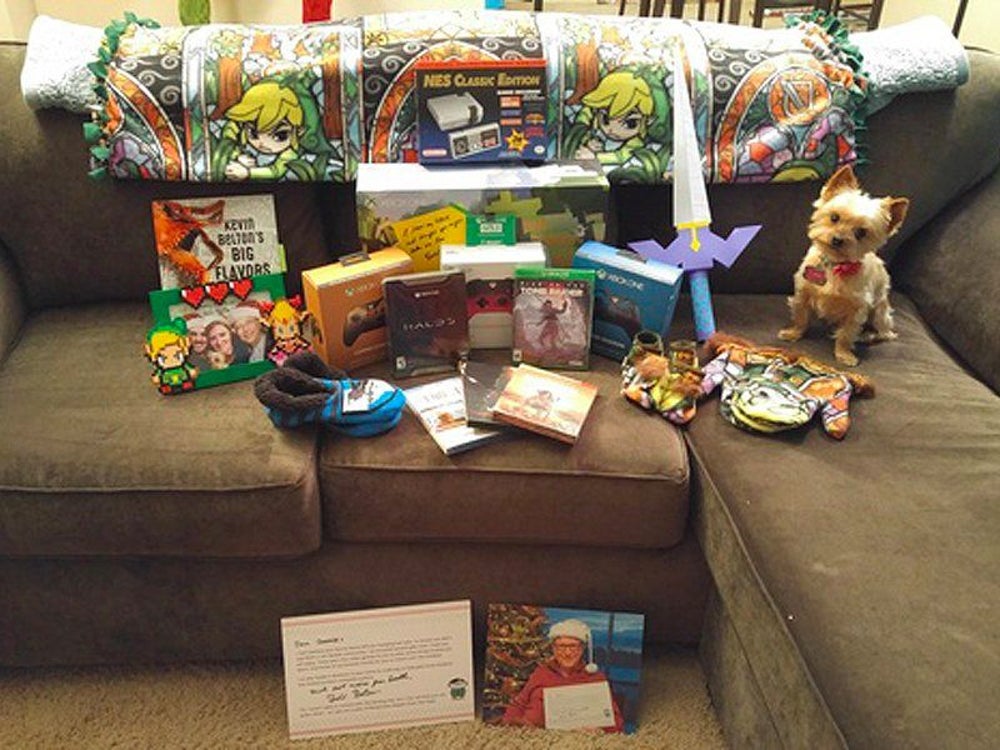