It’s not easy being a parent. That’s why some savvy entrepreneurs and inventors have taken it upon themselves to create products that may make life a little easier for busy moms and dads. Many of these makers take their ideas to the public via crowdfunding platforms to see if they’d be a hit.

From the Purseat, a hybrid between a purse and a car seat, to the Swipe and Feed, a tool that lets someone use their phone while feeding their child -- people have gotten pretty creative. However odd they may sound, some of them could be pretty useful.

Related: The Craziest Things That Have Been Funded on Kickstarter in 2017 -- So Far

So if you’re a busy parent looking for some helpful tools to lighten your load, check out these five useful crowdfunded products. 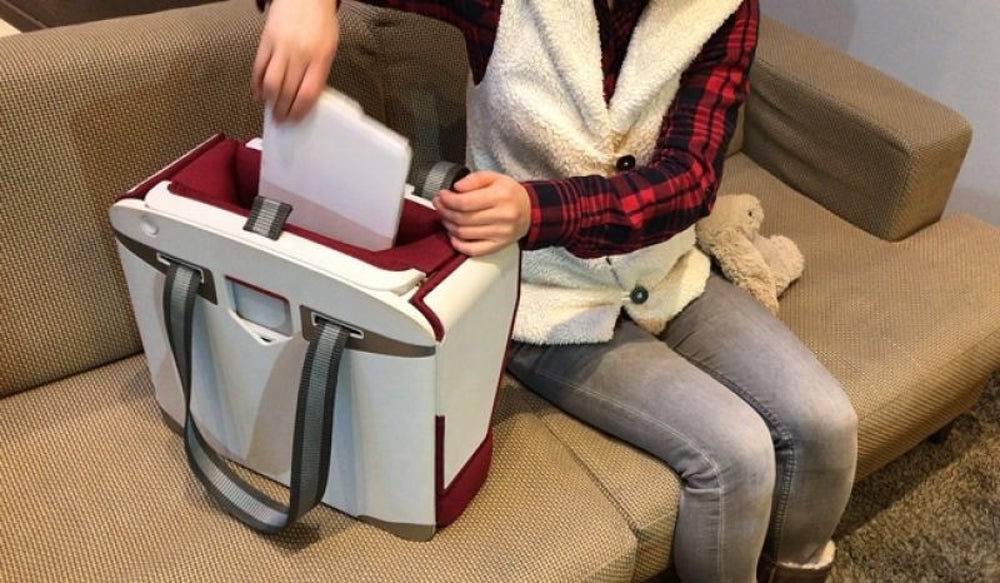 Image credit: The Purseat | Kickstarter
Forget about lugging around a heavy car seat all day -- the Purseat is a car seat that claims to be convenient, portable and easy-to-use. It’s unlike any other car seat because … it’s also a purse. The Purseat can transform from a car seat to a traveling bed, a booster seat and a purse, and complies with all safety regulations. Having launched in May 2017, if the Purseat reaches its $108,723 funding goal, it will be available for purchase by September 2017. 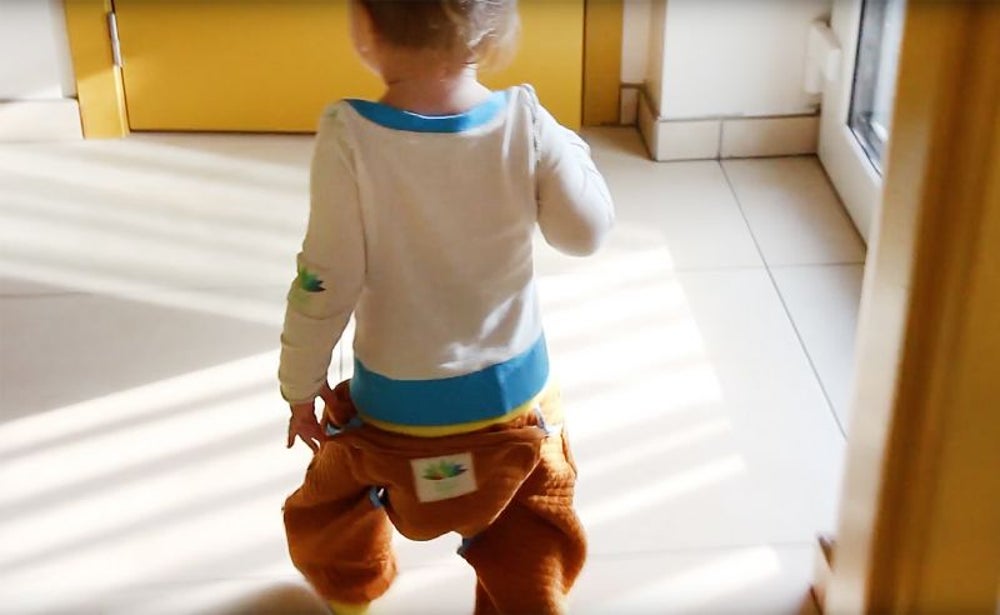 Here’s a huge time-saver for parents: potty training baby jeans with an integrated and reusable diaper. Although this product can be helpful for parents in keeping their child clean, the main focus is on the environment. As explained in its Kickstarter campaign, it takes 450 years for disposable diapers to dissolve, and they have a major negative impact on marine life. The new all-in-one ECO jeans have a detachable diaper that can be washed and reused, so you won’t have to spend time and money on pants and diapers for your child. The project was launched in March 2017 by PuraBebo and if it meets its $5,436 goal, will be available to consumers by June 2017.

Related: The Basics of Crowdfunding 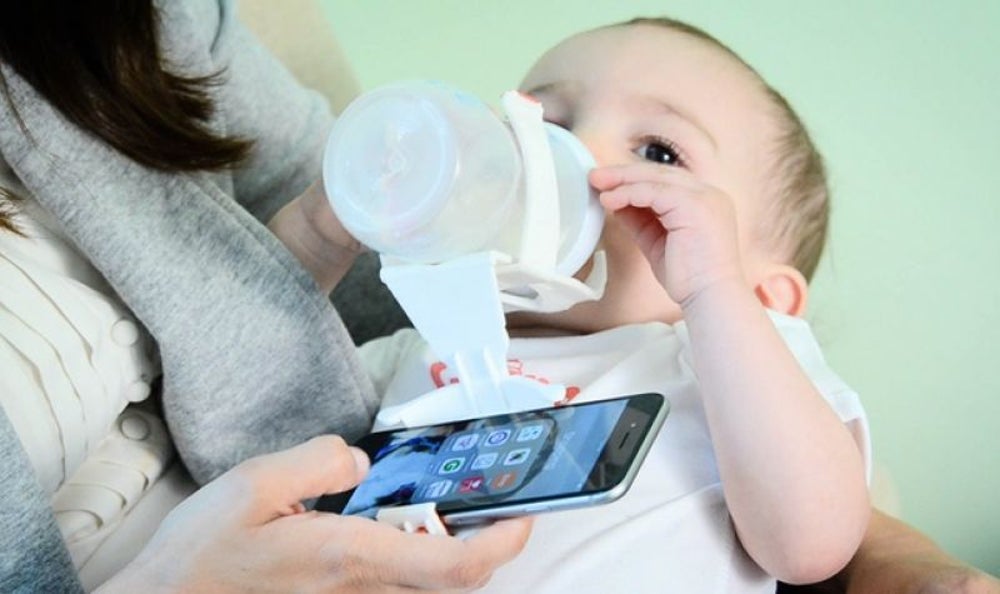 Image credit: Swipe and Feed | Kickstarter
We all wish we had five hands sometimes -- that's especially true for parents. Holding your baby, answering a phone call, cooking dinner, they can’t do it all. Swipe and Feed is a baby bottle accessory that lets users feed their babies while using their phones. One side of the device clamps to a wide-mouth bottle, while the other side grips to a person’s phone. The user holds the smartphone portion, and the rest of the tool and bottle stand up to reach the baby’s mouth. The clever tool was launched on Kickstarter in 2016 and raised more than $12,000 in funding by October 2016. 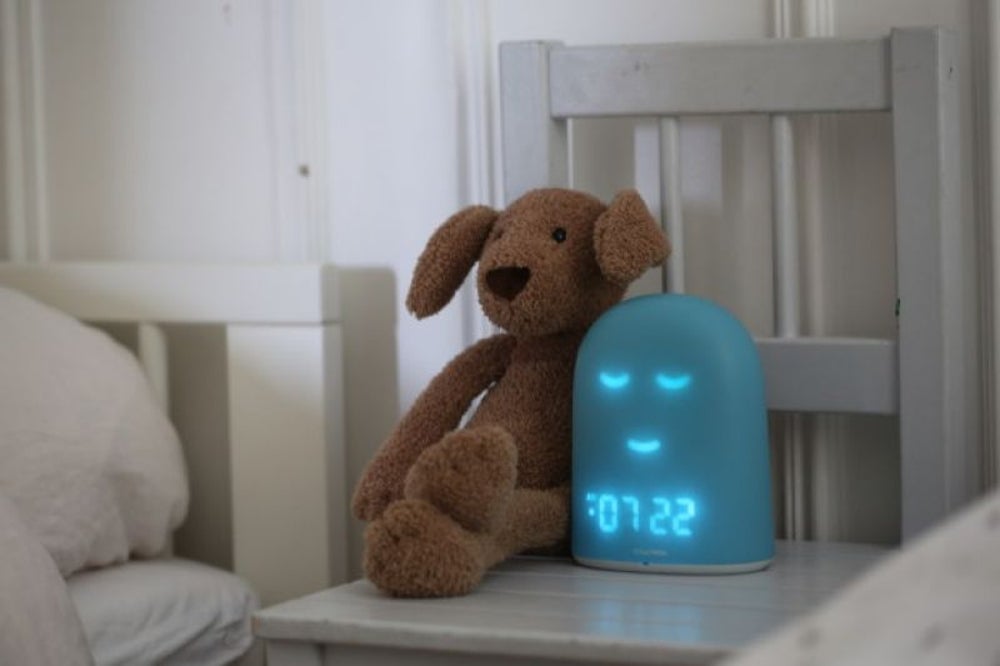 Image credit: REMI | Indiegogo
REMI says it's “the all-in-one sleep companion for kids.” In other words, a sort of “robot friend” that helps children fall asleep and wake them up in the morning. REMI learns the sleep patterns of a child, and is able to track their sleep progress, help them wake up in the morning and notify parents through a mobile app with updates on a child’s sleep. With a customizable display, REMI plays soothing sounds, acts as a walkie talkie and provides tips for improving sleep. Not only that -- but it also has a face! REMI was launched on Indiegogo in 2015, and by the end of that year, received more than $125,000 in funding. 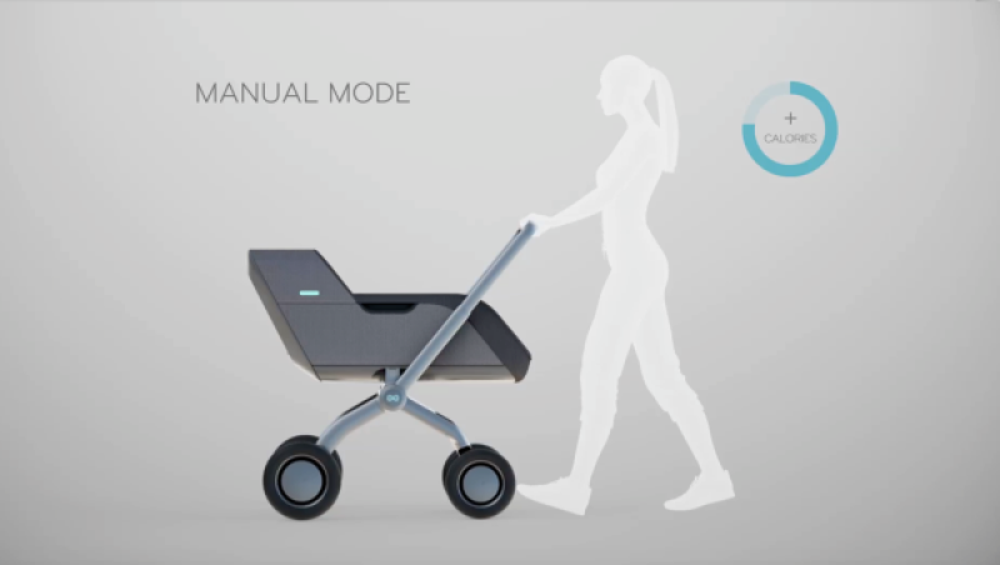 Another tool to help parents get more done is the Smartbe Intelligent Stroller. Smartbe is an electric multifunctional stroller that can be controlled through a smartphone. Along with having a wireless speaker, a bottle warmer, a rocking mattress, an anti-theft sensor, a webcam and lights, the stroller can also move by itself, so someone can go on a run while their child takes a snooze alongside them. Launched on Indiegogo, Smartbe raised $92,697 and is now available in a number of different versions.

Related: 6 Tips to Smash Your Kickstarter Goal in a Single Day