For his birthday, check out these inspirational quotes from our president.
Next Article

As one of the most talked about people in the world, there are a few things you can learn from the 45th president of the United States.

At a young age, Donald Trump took over his father's business, helping turn it into the massive Trump Organization it is today. And it doesn't stop there. From casinos to golf courses, the billionaire entrepreneur has dipped his toes in a number of different business ventures -- some successes, other failures. His fearless personality and willingness to take risks have pushed The Apprentice star to new heights of success. 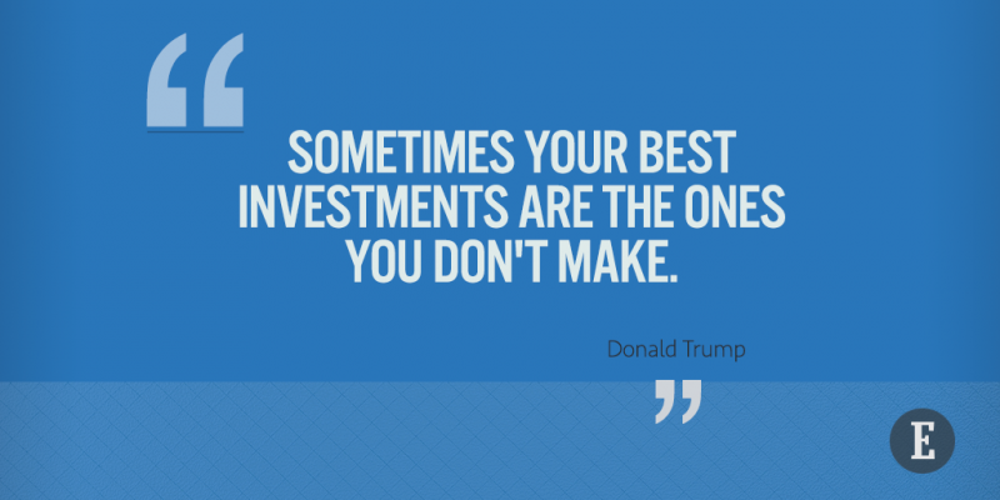 "Sometimes your best investments are the ones you don't make." -- Donald Trump 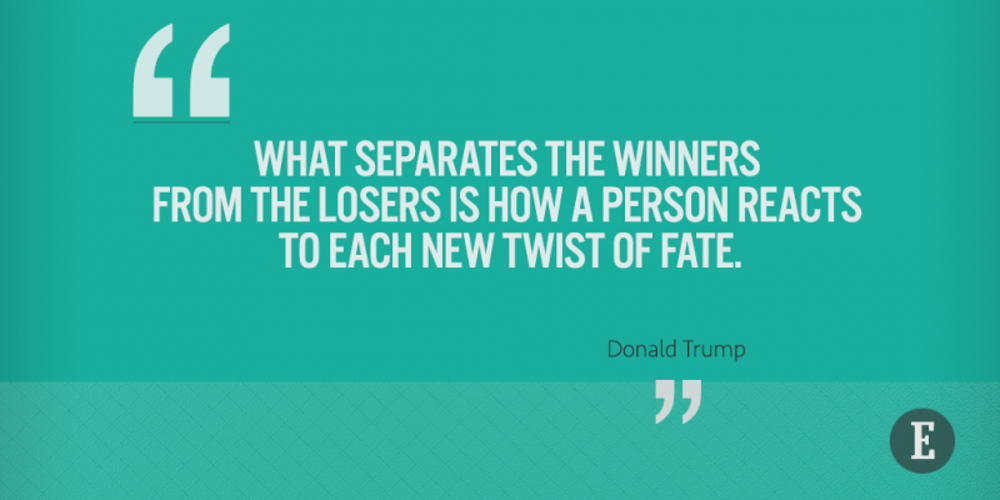 "What separates the winners from the losers is how a person reacts to each new twist of fate." -- Donald Trump 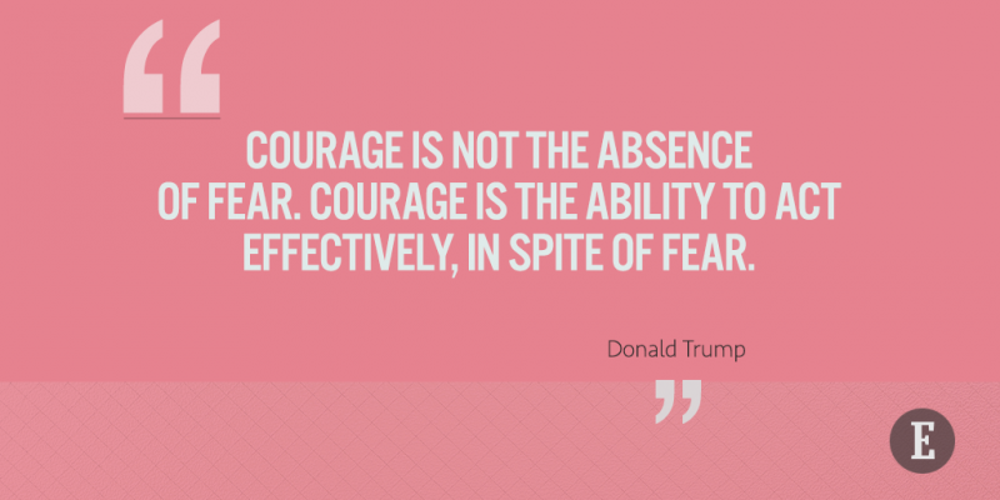 "Courage is not the absence of fear. Courage is the ability to act effectively, in spite of fear." -- Donald Trump 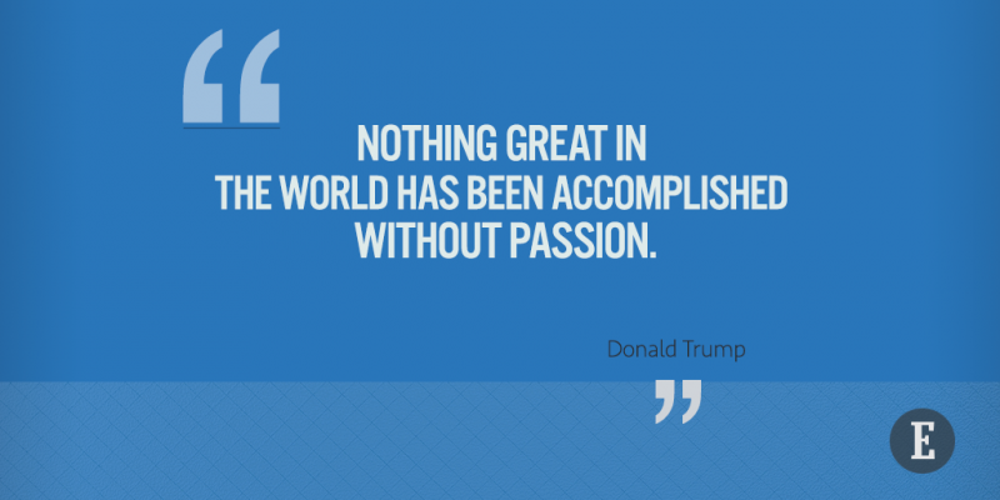 "Nothing great in the world has been accomplished without passion." -- Donald Trump 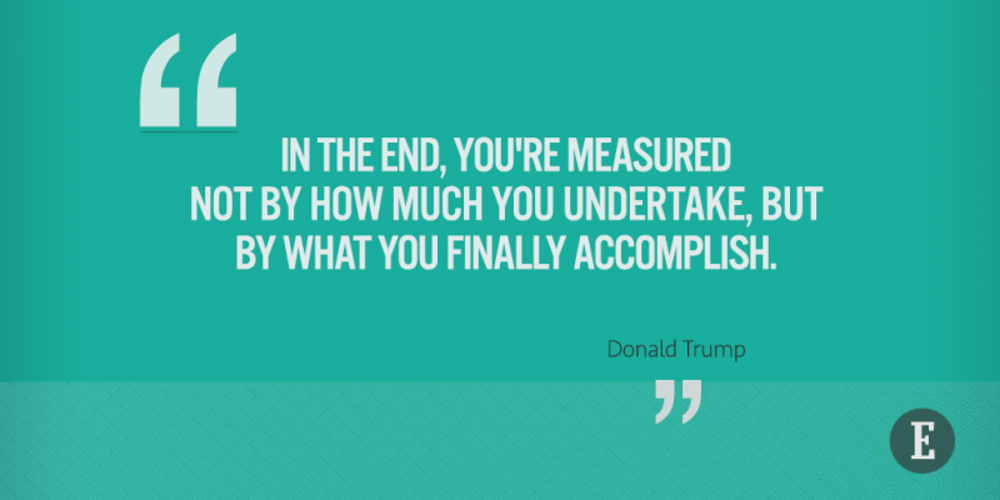 "In the end, you're measured not by how much you undertake, but by what you finally accomplish." -- Donald Trump 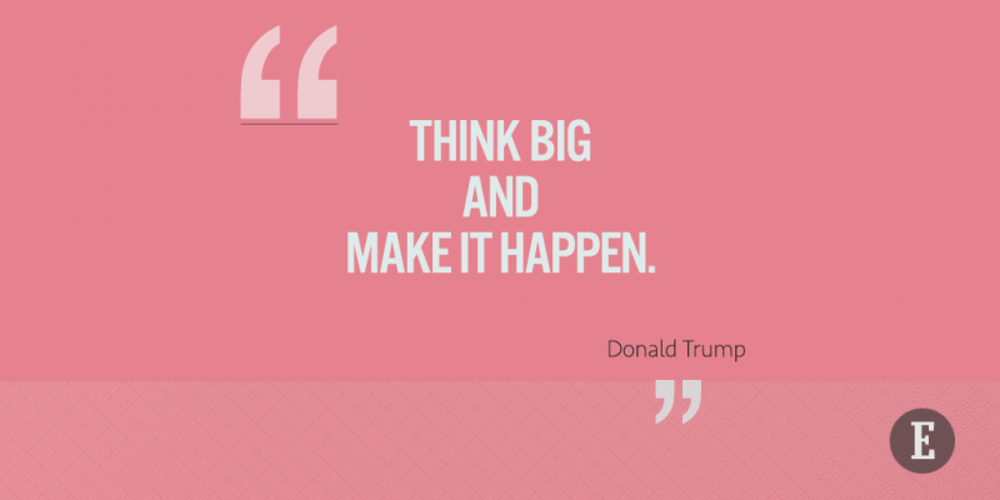 “Listen to your gut, no matter how good something sounds on paper.” -- Donald Trump 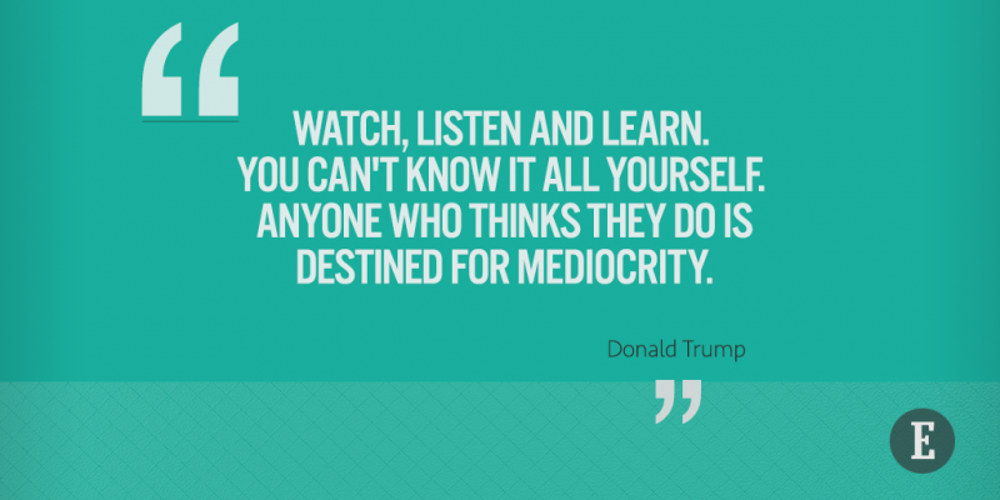 “I try to learn from the past, but I plan for the future by focusing exclusively on the present. That’s where the fun is.” -- Donald Trump 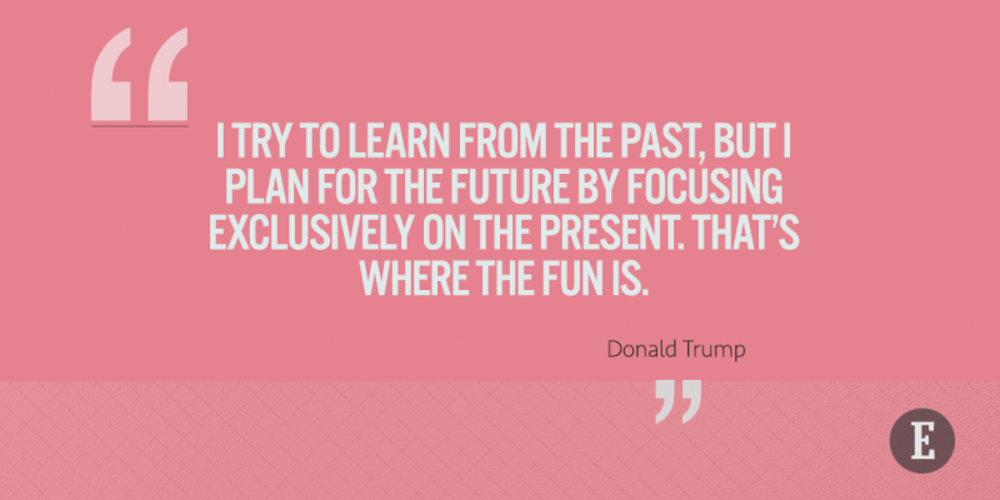 "Watch, listen and learn. You can't know it all yourself. Anyone who thinks they do is destined for mediocrity." -- Donald Trump