A Look at the Demanding Schedule of Elon Musk, Who Works in 5-Minute Slots, Skips Breakfast and Avoids Emails

Elon Musk is one busy guy.
Next Article

Get a glimpse of how to overcome the mental and physical fatigue that is standing between you and your full potential.
Aine Cain
Careers Intern
June 12, 2017 4 min read
This story originally appeared on Business Insider


Elon Musk is one busy guy.

The Tesla and SpaceX founder generally spends a full workweek at each of his two companies, wolfing down lunch in five minutes and skipping phone calls for productivity's sake.

So it's not surprising that his daily life is pretty jam-packed.

Based on previous interviews, Business Insider pieced together an estimation of what an average day looks like for this real-life Tony Stark.

Take a look at a day in the life of Elon Musk. 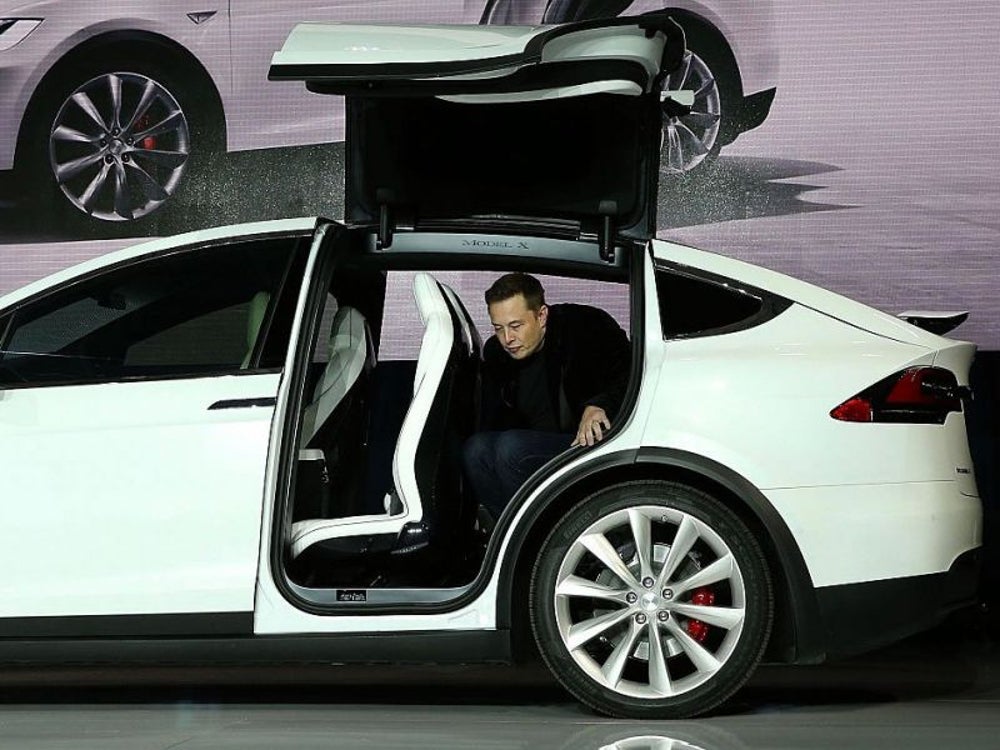 Musk kicks off his day bright and early, rising around 7 a.m. In a Reddit AMA, he said that he usually gets six hours of shut-eye. 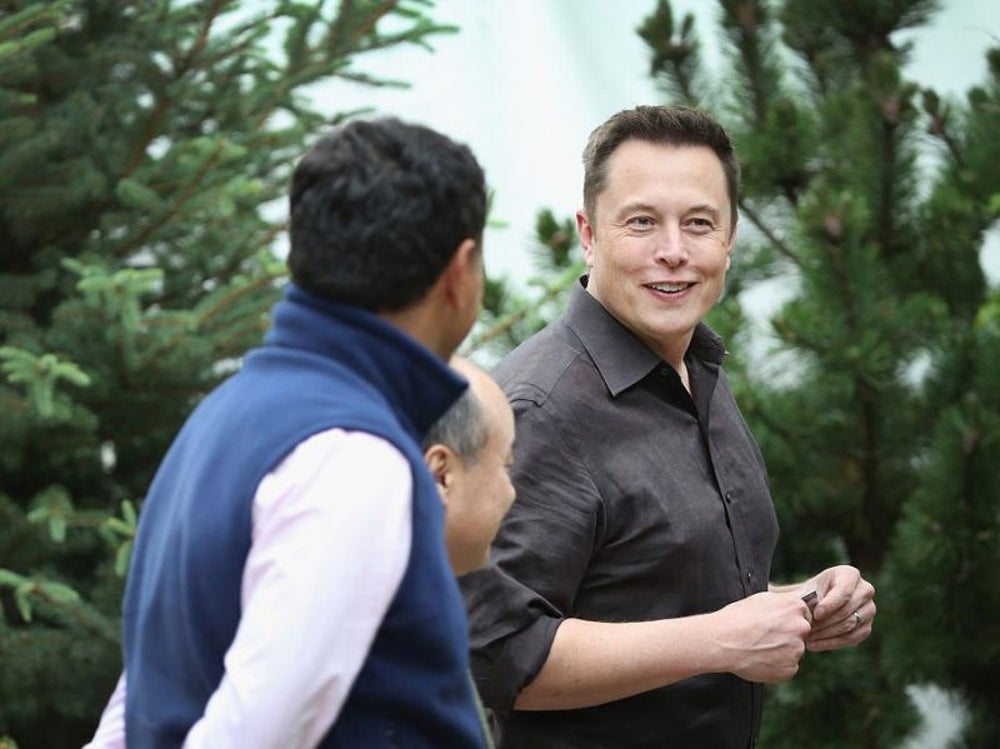 Musk usually skips breakfast. Occasionally, he will slow down long enough to grab a quick coffee and an omelette. 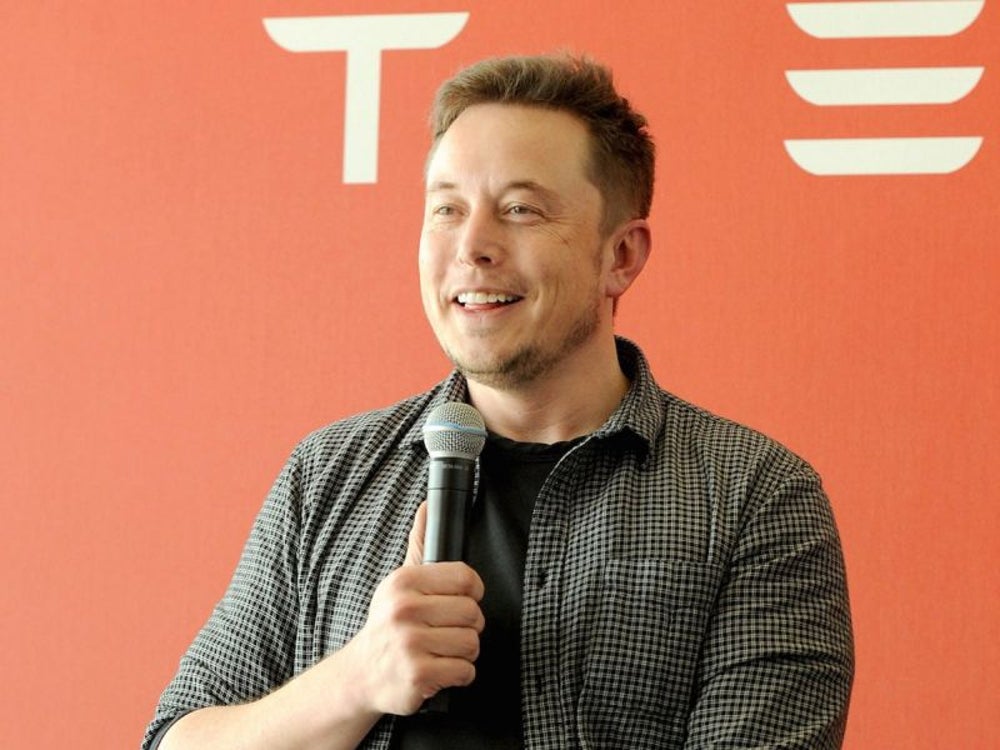 One thing he always makes time for, no matter what? Showering. He once told Reddit that it was his most important daily habit.

He schedules his day in five-minute slots. 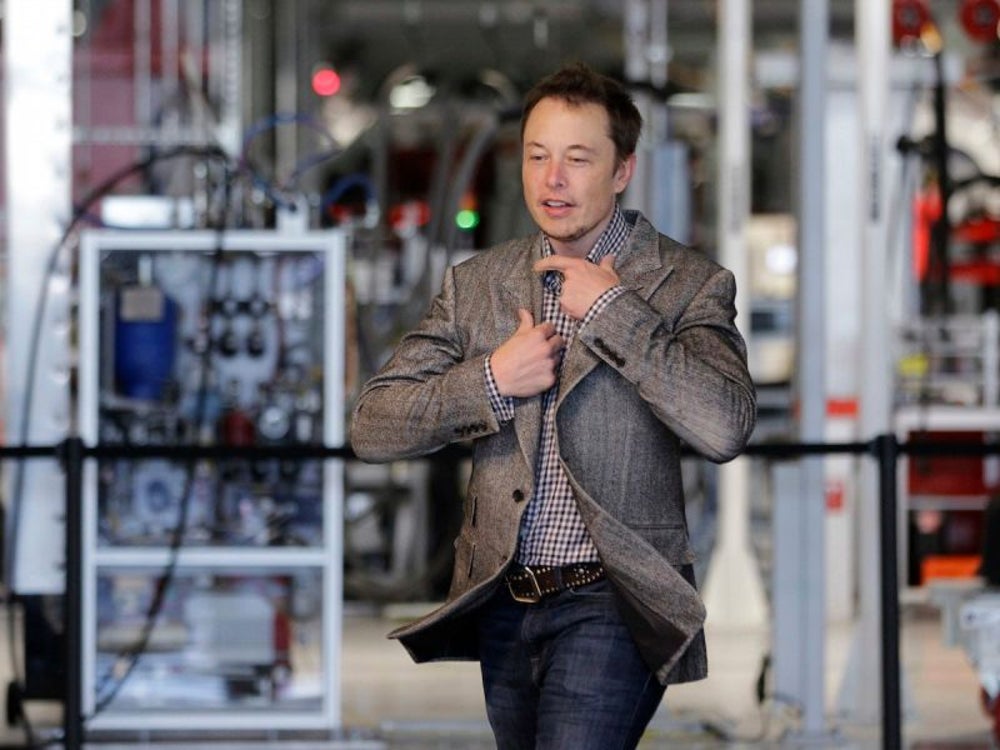 Once he's up, Musk launches into a blistering schedule that breaks his time into a series of five-minute slots. The entrepreneur has been known to work from 85 to 100 hours a week, and he estimates that 80 percent of his time at work is spent on engineering and design.

No two days are the same for Musk. 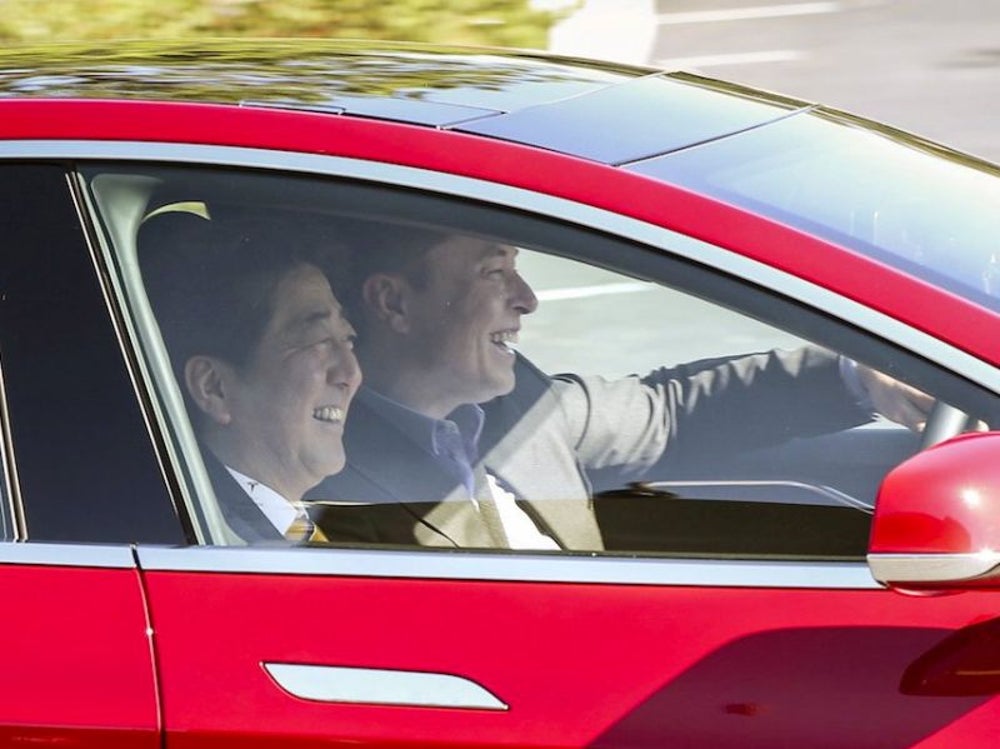 No two days are the same for Musk. He spends Mondays and Fridays at SpaceX in LA. On Tuesdays, Wednesdays and Thursdays, he heads to the Bay Area to work at Tesla. Quartz estimates that he spends an average of 42 hours a week working at Tesla, and 40 hours a week working at SpaceX. He also told Y Combinator that he usually spends about half a day working at artificial intelligence non-profit OpenAI.

On Saturdays, he works at SpaceX. 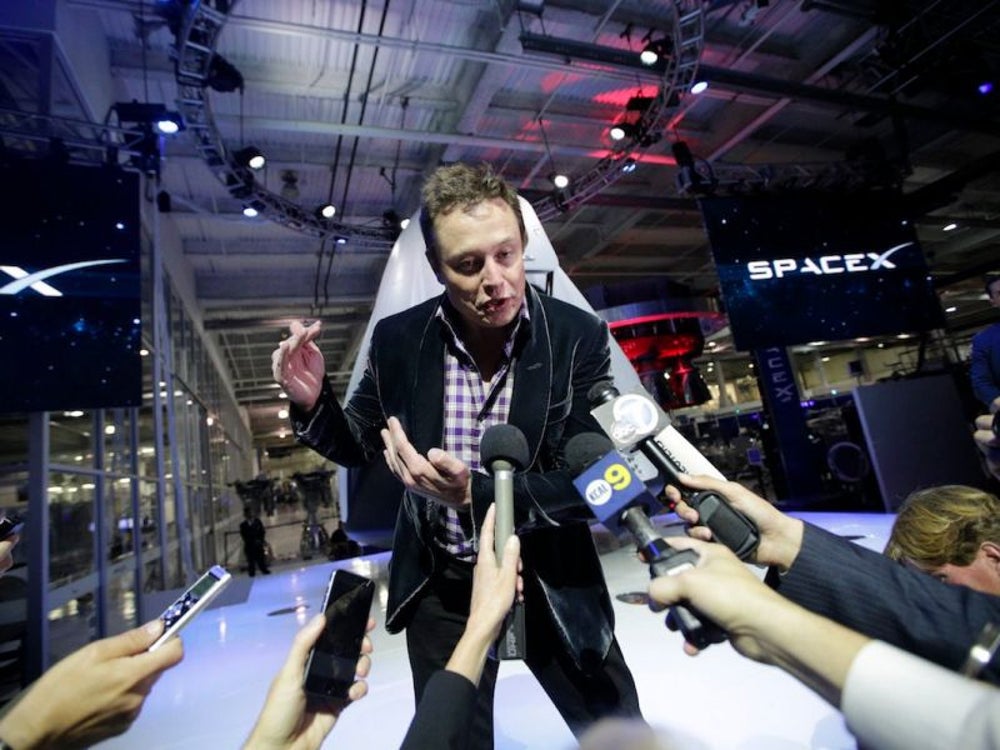 On the weekends, it's more of a toss-up. Sundays are usually spent traveling or staying at his Bel Air mansion. On Saturday, he either works at SpaceX...

He spends time with his kids while he works. 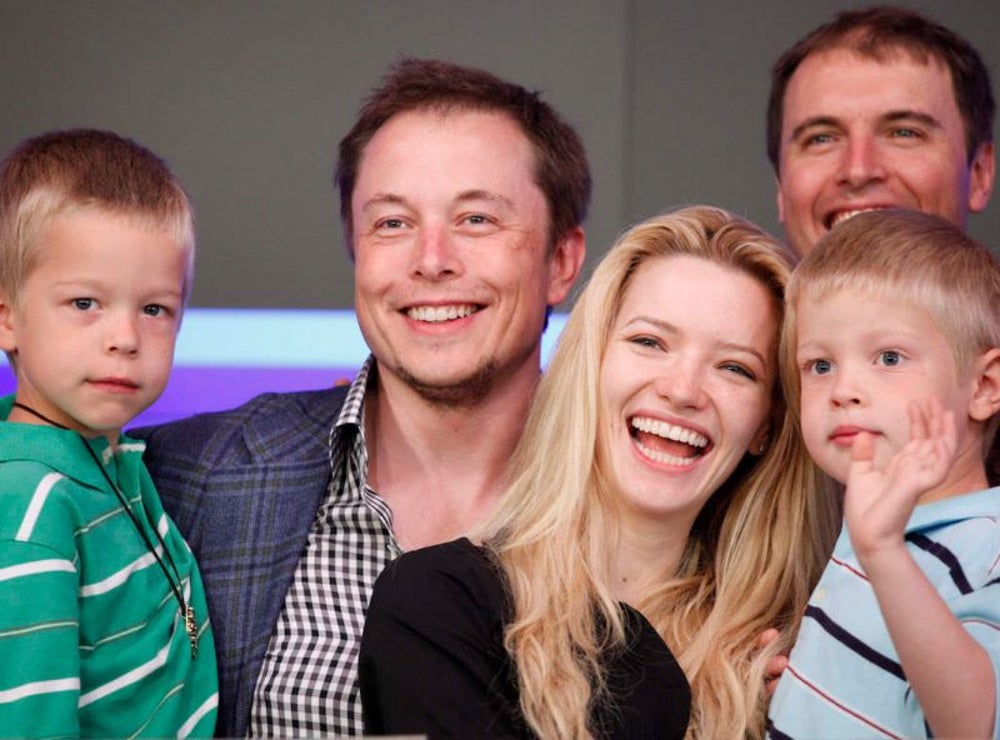 Multitasking is crucial to Musk. 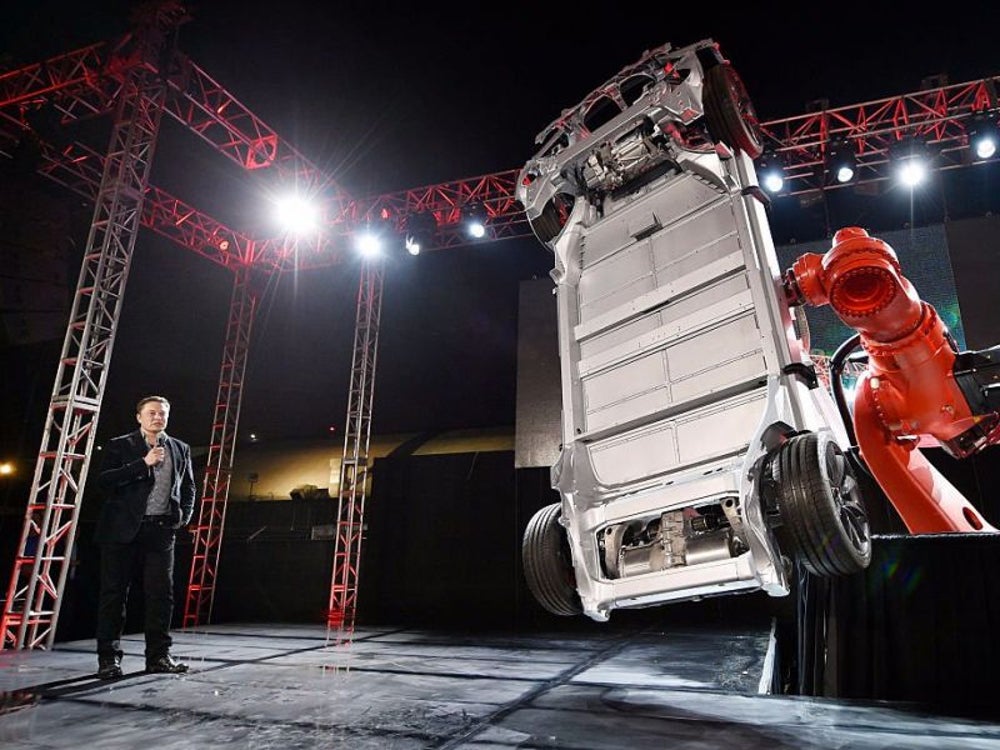 Multitasking is a crucial part of Musk's strategy -- as is working for as many hours as possible.

He doesn't take many phone calls and uses an obscure email address to avoid spam. 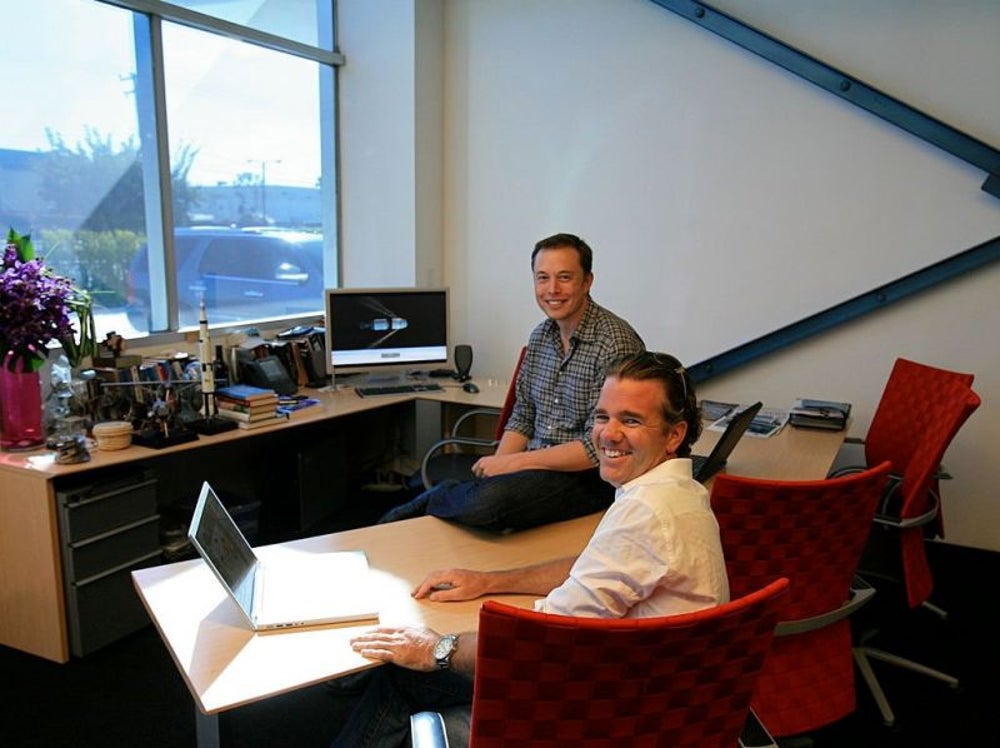 To keep his work day on track, Musk forgoes most phone calls. He also prefers to use an obscure email address to prevent people from spamming his inbox.

Meals are not a big part of his schedule. 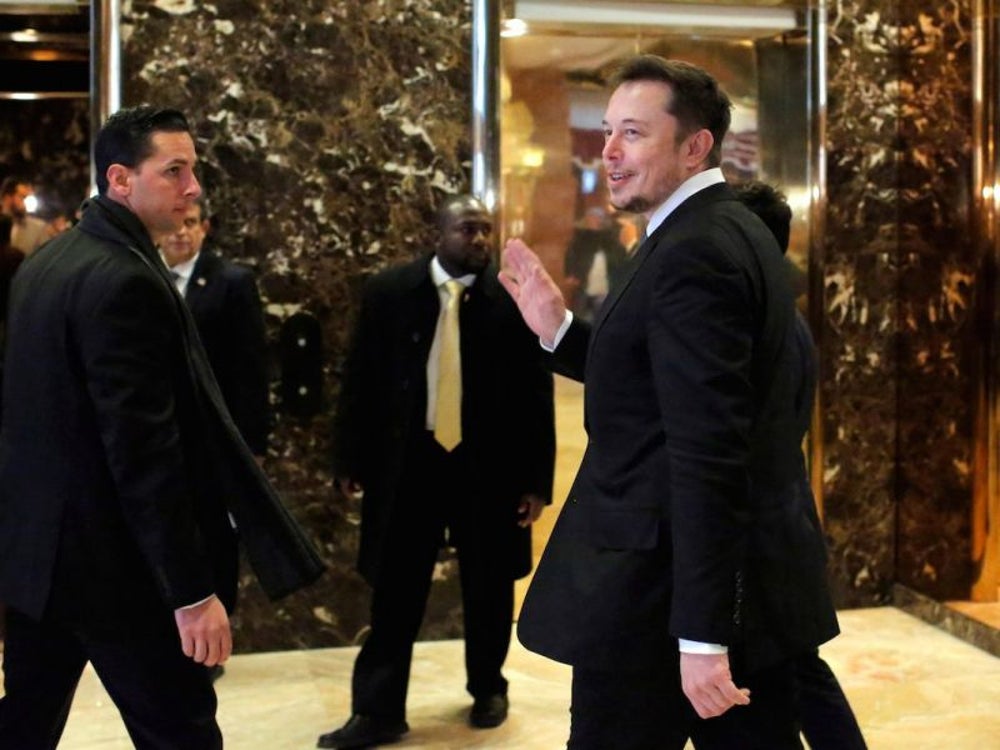 He doesn't spend much time on meals. Musk usually takes his lunch during a meeting, and manages to wolf it down in just five minutes.

He eats the most at business dinners. 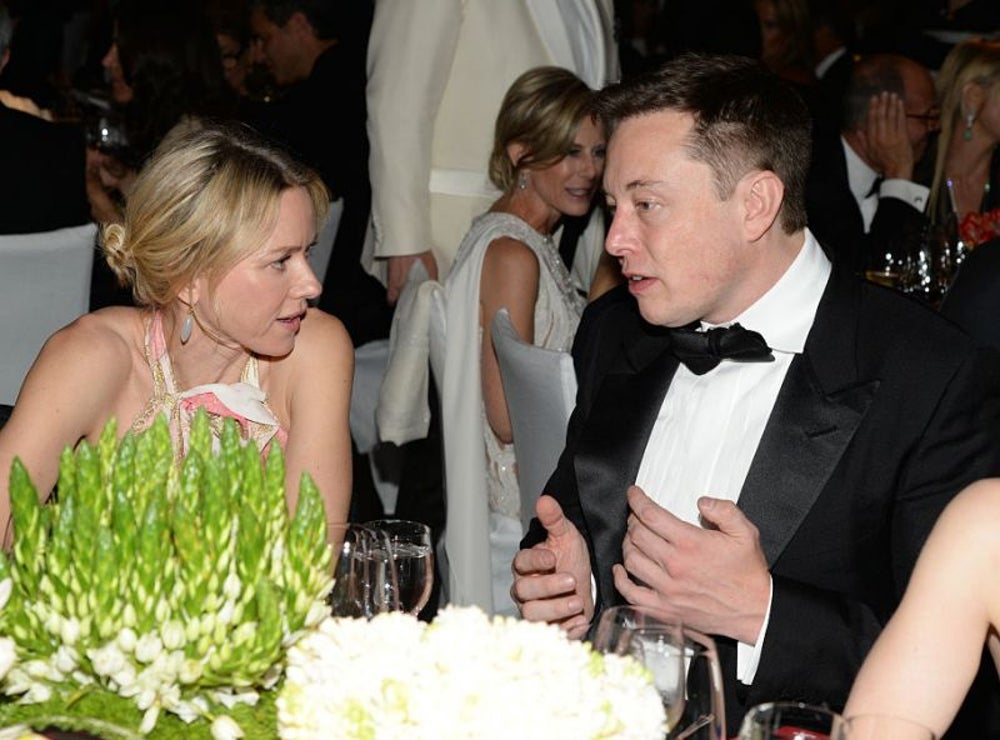 He ends up getting most of his calories later in the day. "Business dinners are probably where I eat way too much," he told Auto Bild.

One of his favorite drinks is Diet Coke. 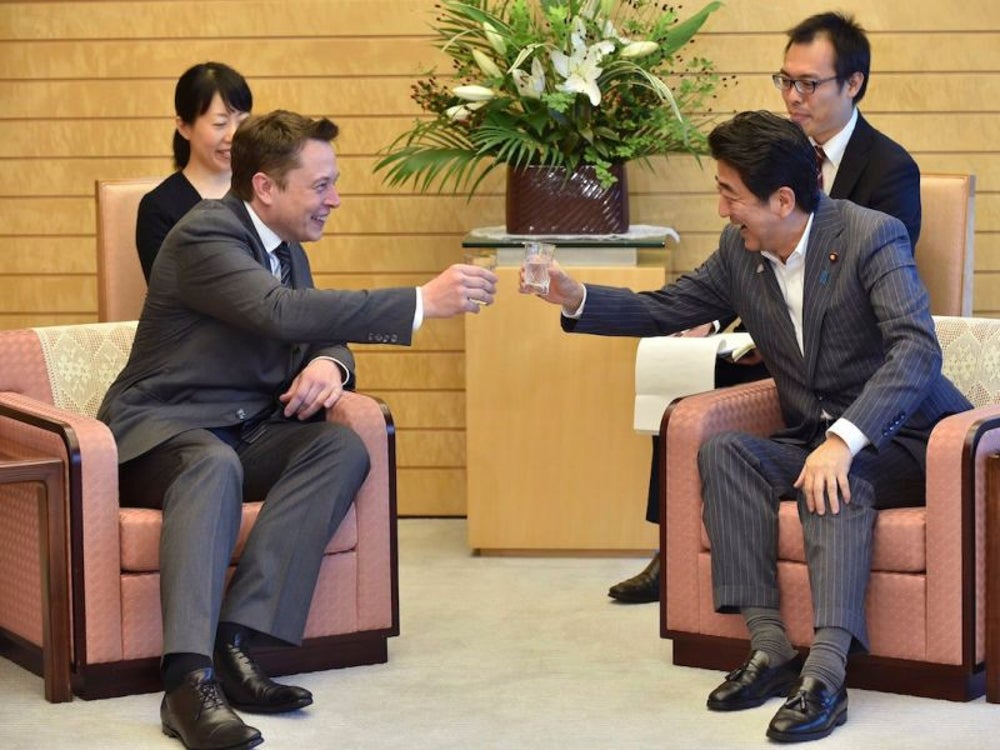 When it comes to food, one of his favorites is Diet Coke, thanks to "some infernal ingredient." Musk told Auto Bild that he's since cut back on the soda. CBS previously reported on the tech mogul's preference for French food, barbecue and whiskey.

He works out once or twice a week. 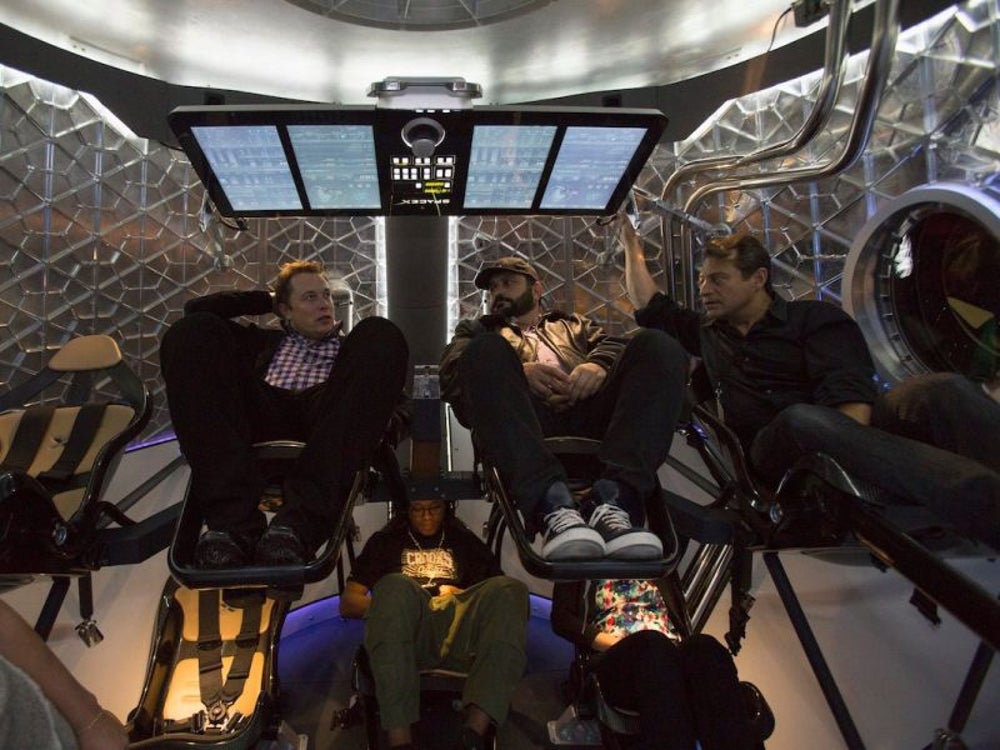 To stay in shape, Musk usually hits the gym about once or twice a week.

He makes time to read. 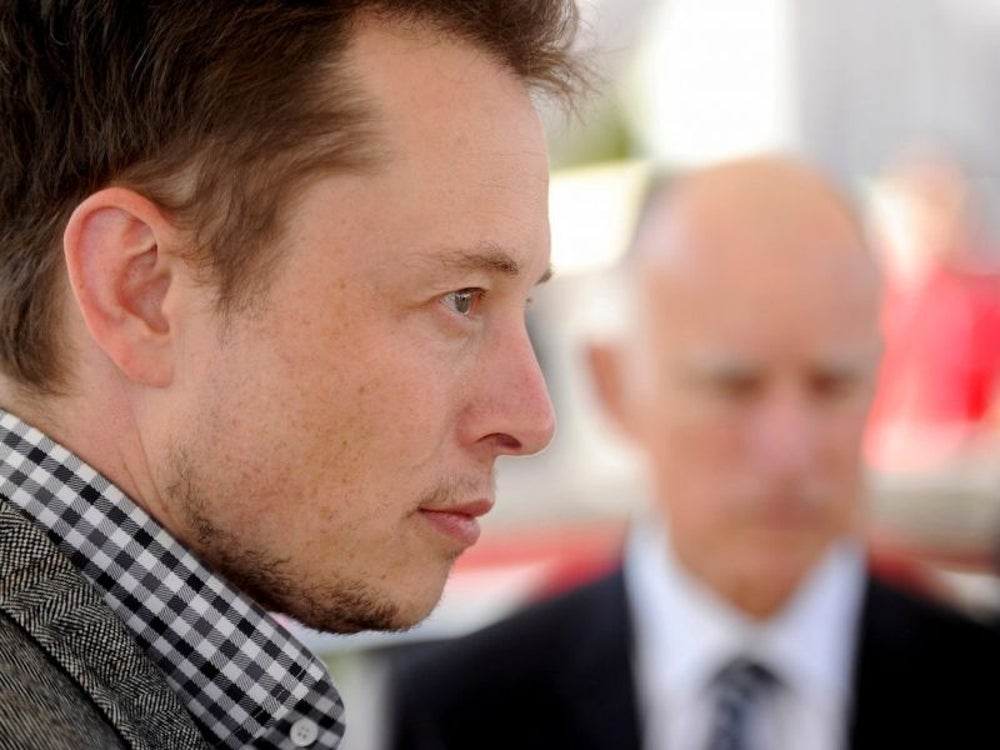 Despite his busy life, he also carves out enough time to read. Some of his favorite titles include fantasy classic The Lord of the Rings, biographies of innovators like Benjamin Franklin and Albert Einstein, and an obscure 87-year-old history book on famous adventurers called Twelve Against the Gods.

He also makes time to party. 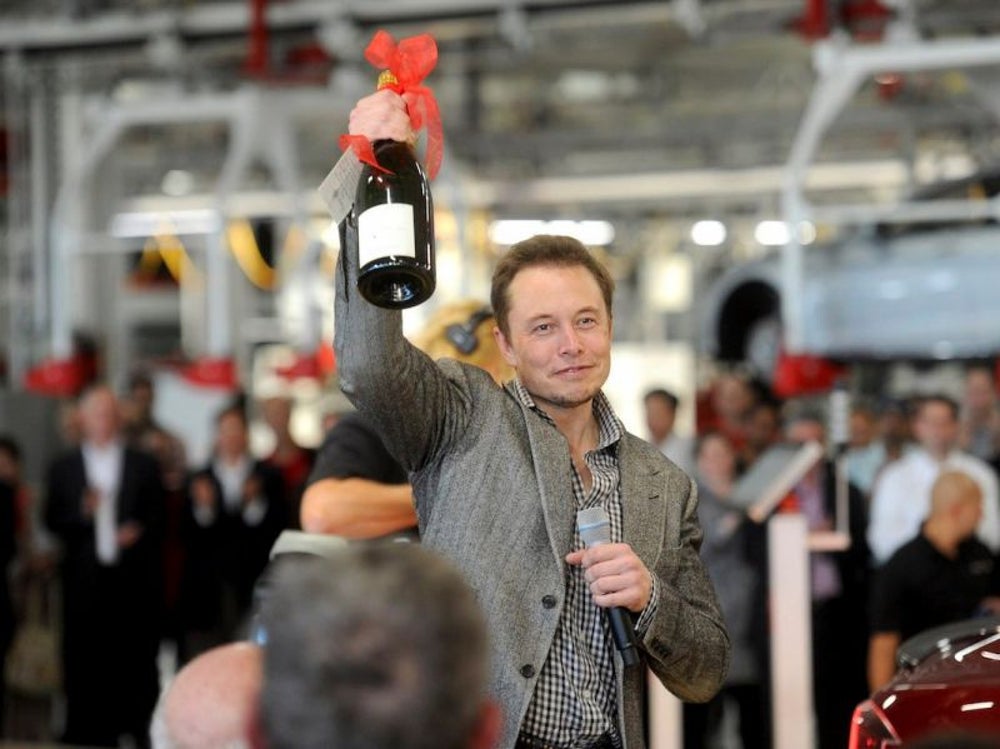 Musk may be a bookworm, but that doesn't mean he can't party. The entrepreneur's legendary bashes have included a birthday party at an English castle that turned into a big game of hide and seek, and inviting a knife-thrower to pop balloons that he held in between his legs. 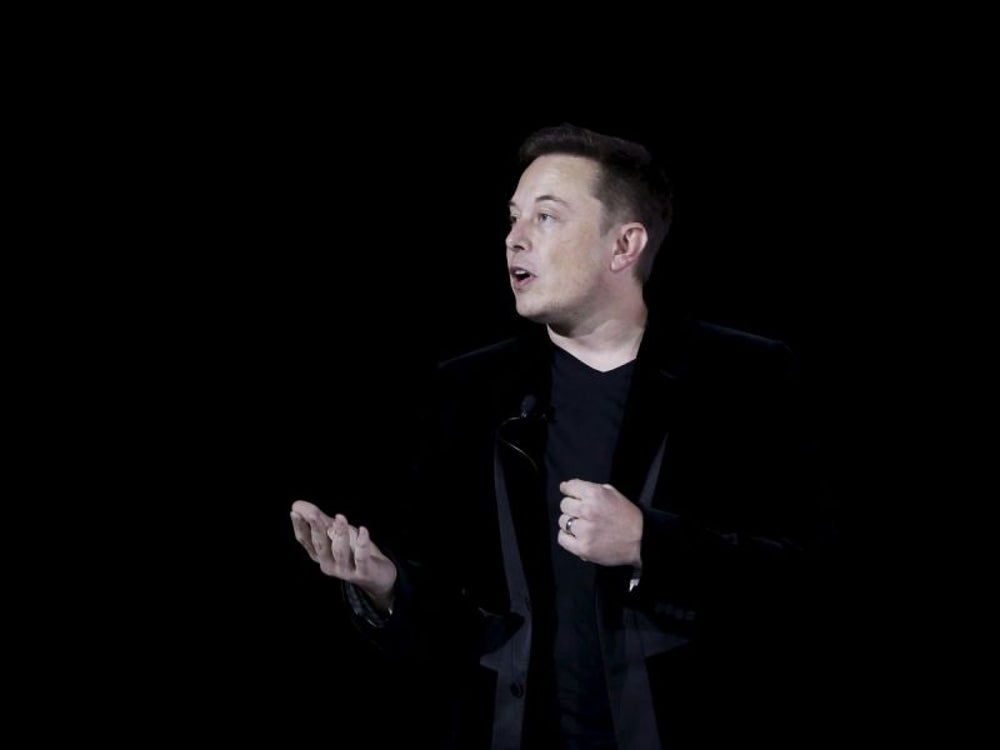 When all is said and done, Musk usually doesn't crash until 1 a.m. That late bedtime isn't too surprising for a man who's busy trying to do things like revolutionize the way we drive and send humans to Mars.