10 Magical J.K. Rowling Quotes to Motivate and Inspire You

Her advice goes far beyond wizards and witches.
Next Article

Related: 10 Leadership Quotes From the World's Most Influential Leaders

Before becoming a successful writer, Rowling was struggling to get by. In fact, after a short-lived marriage, Rolwing found herself jobless and penniless, writing Harry Potter on napkins at various cafes in Edinburgh, Scotland with her daughter Jessica by her side. Yet, through passion, perseverance and hard work, Rowling eventually found herself on the other side of things. She is now reportedly worth $95 million.

However, she'll never forget the path she took to get where she is today. Sharing her story of struggle and hardship, supporting charitable foundations and standing up for humanity, Rowling has positioned herself as a role model to all. Through empathy and understanding, she's imparted inspiration and strength to not only her Harry Potter fans, but to the rest of the world as well (just take a look at her Twitter account).

Get inspired with these 10 J.K. Rowling quotes. 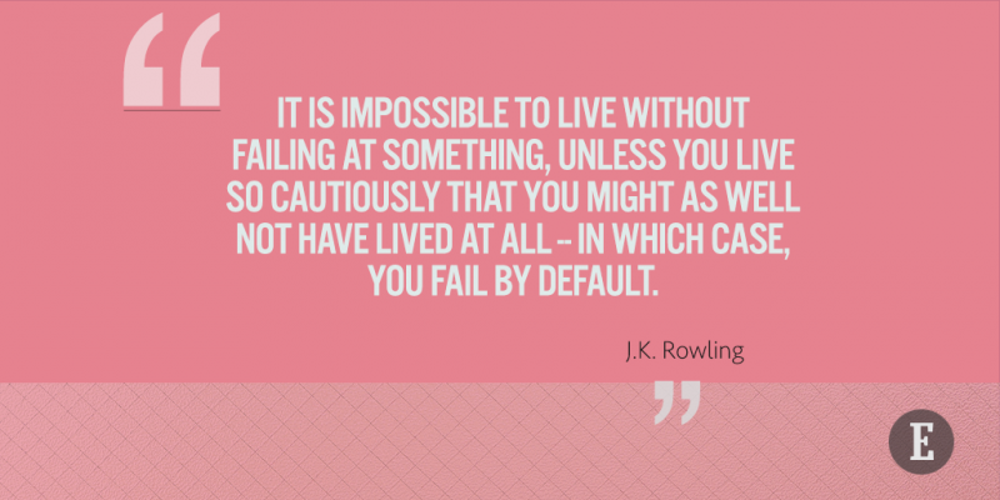 “It is impossible to live without failing at something, unless you live so cautiously that you might as well not have lived at all -- in which case, you fail by default.” -- J.K. Rowling 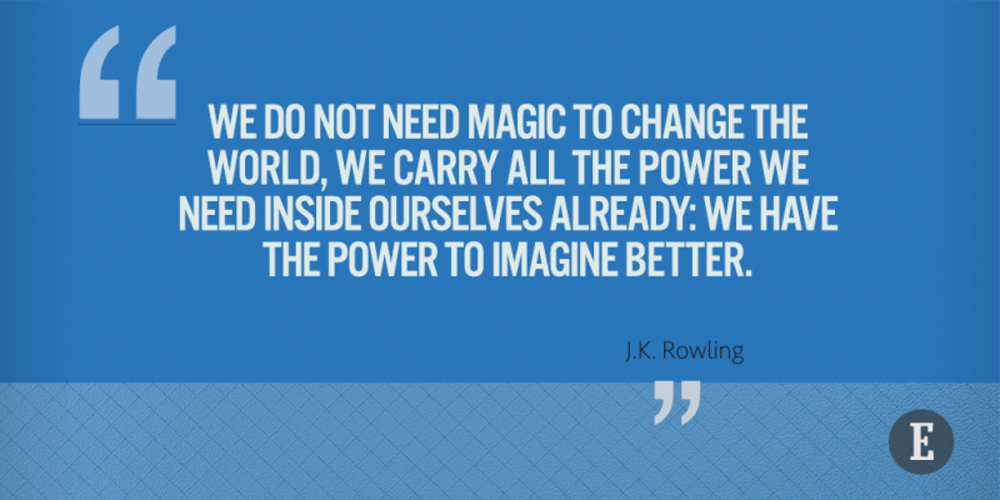 “We do not need magic to change the world, we carry all the power we need inside ourselves already: we have the power to imagine better.” -- J.K. Rowling 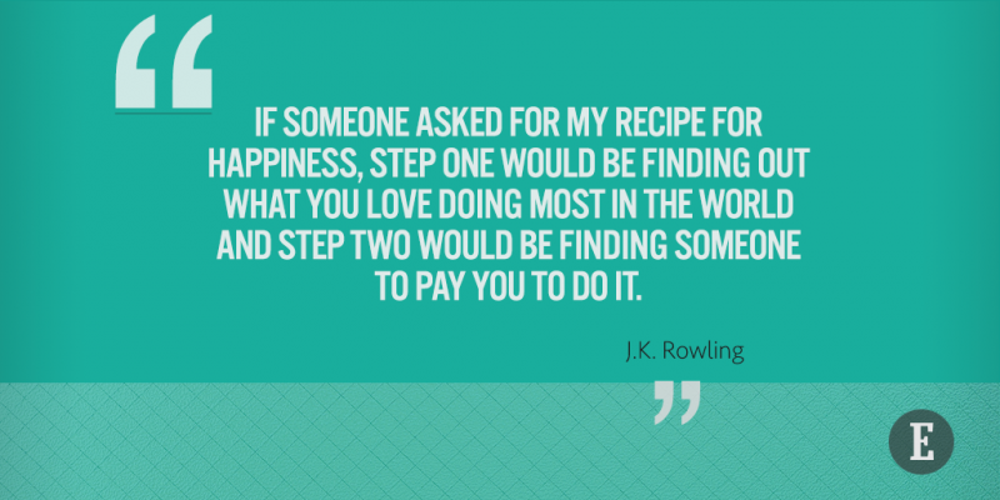 “If someone asked for my recipe for happiness, step one would be finding out what you love doing most in the world and step two would be finding someone to pay you to do it.” -- J.K. Rowling 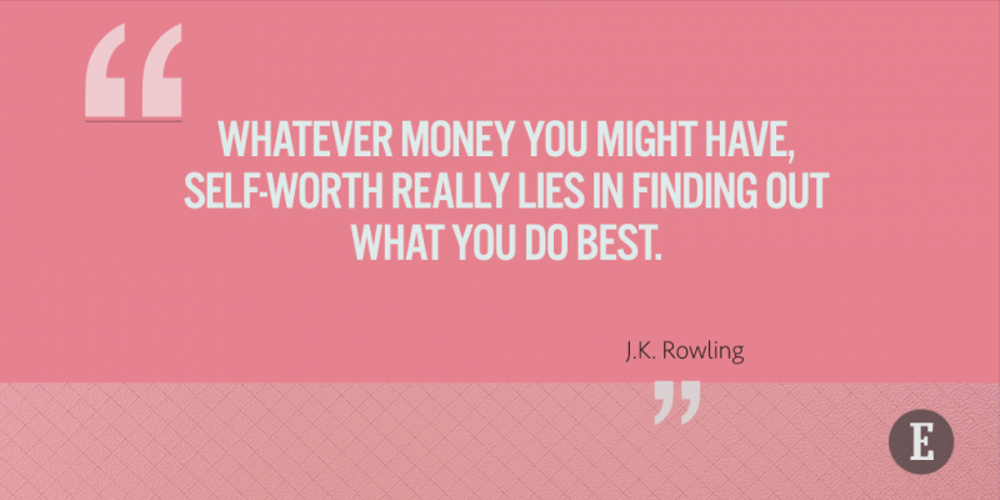 “Whatever money you might have, self-worth really lies in finding out what you do best.” -- J.K. Rowling 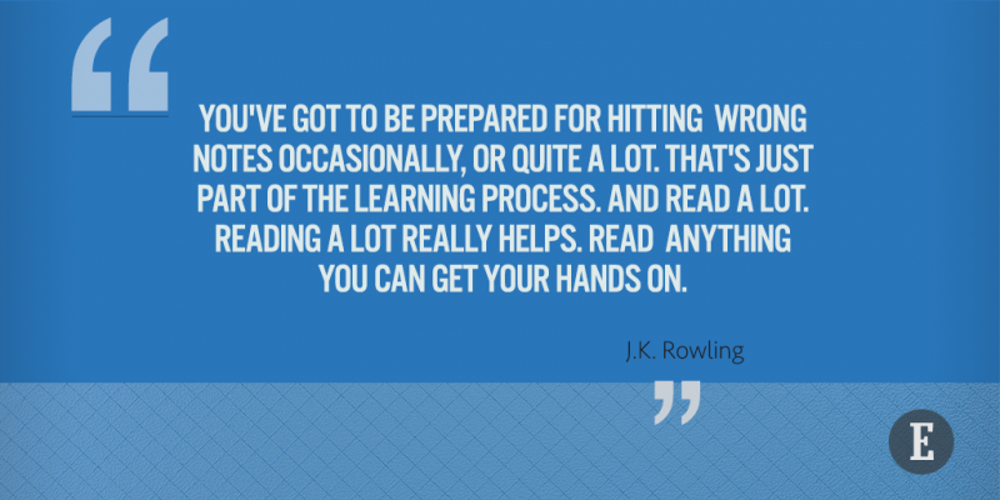 “You've got to be prepared for hitting wrong notes occasionally, or quite a lot. That's just part of the learning process. And read a lot. Reading a lot really helps. Read anything you can get your hands on." -- J.K. Rowling 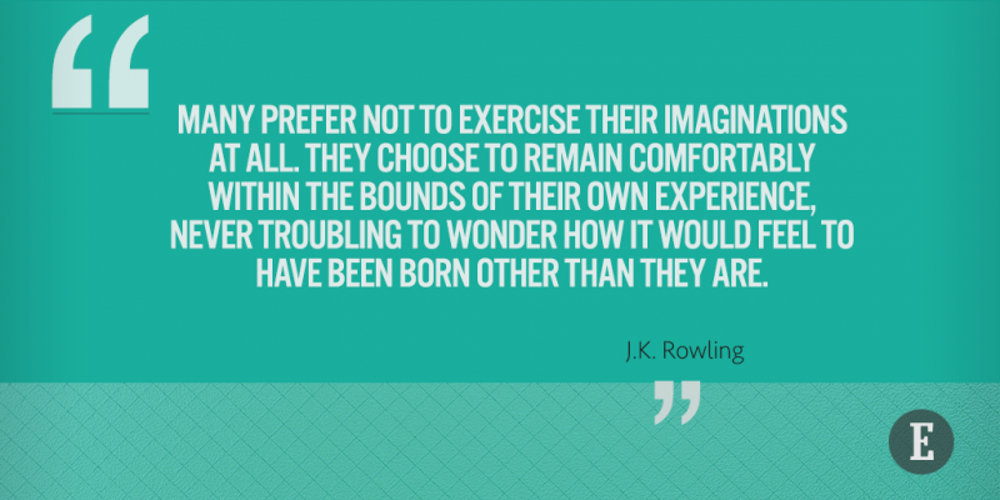 “Many prefer not to exercise their imaginations at all. They choose to remain comfortably within the bounds of their own experience, never troubling to wonder how it would feel to have been born other than they are.” -- J.K. Rowling 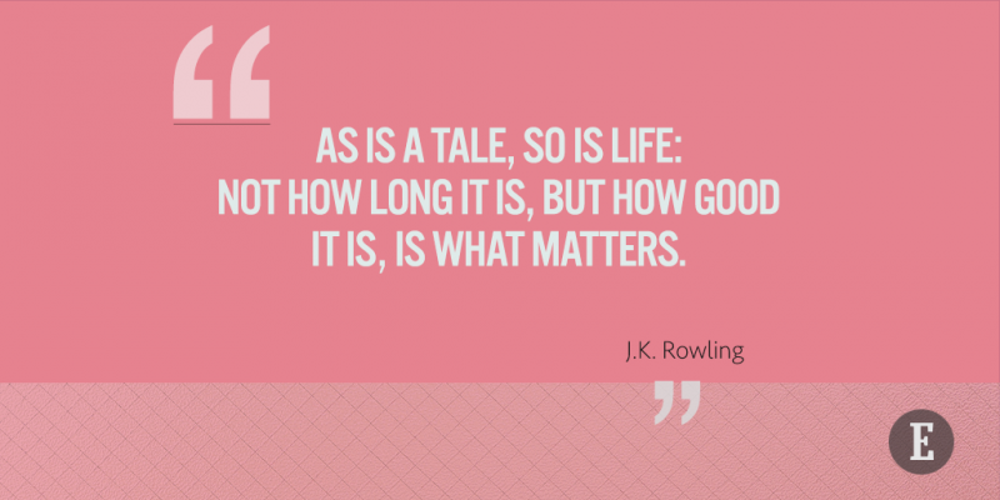 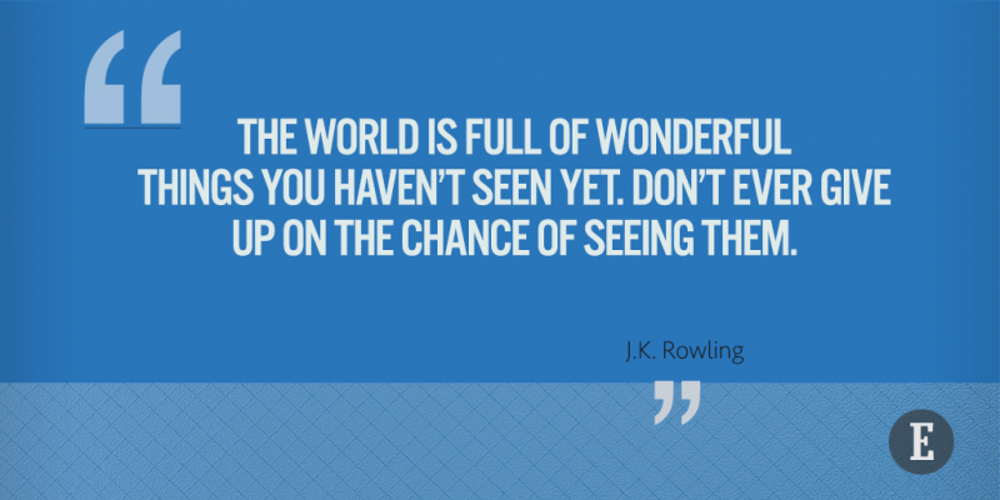 “The world is full of wonderful things you haven’t seen yet. Don’t ever give up on the chance of seeing them.” -- J.K. Rowling 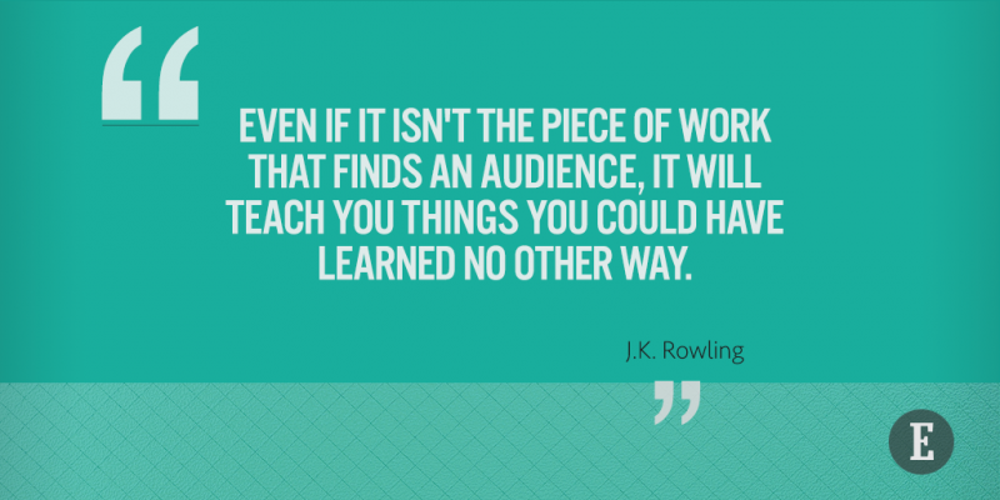 “Even if it isn't the piece of work that finds an audience, it will teach you things you could have learned no other way.” -- J.K. Rowling 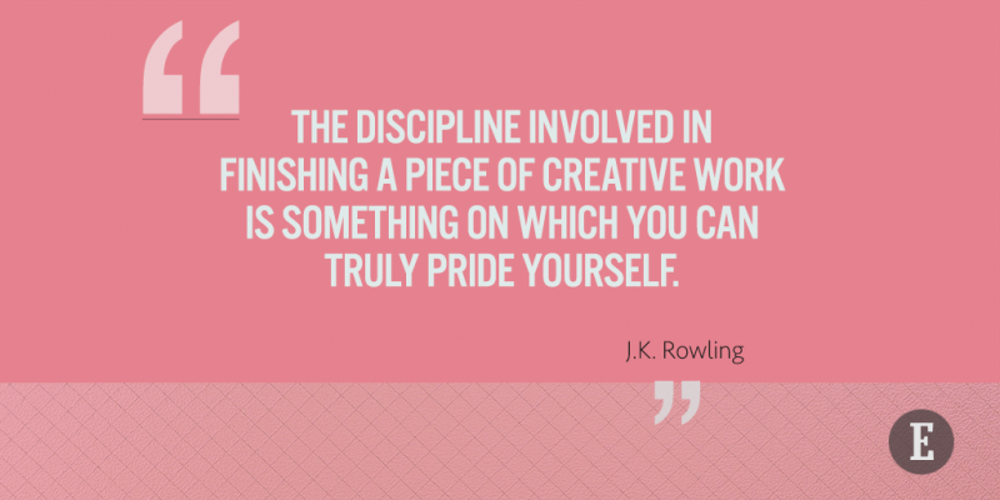 “The discipline involved in finishing a piece of creative work is something on which you can truly pride yourself.” -- J.K. Rowling