13 Summer Books the Entrepreneur Staff is Reading This Summer

Need some inspiration for your next book? Check out our list of 13 books you can read this summer.
Next Article

Whether you're tanning at the beach or huddled on your couch on a rainy day, there's no better time to huddle up with a good book than in the summer. At the same time, though, it feels like a waste to spend a good summer day stuck with a book you don't like. That's why the Entrepreneur staff put together this list of the books we're reading right now to give you some inspiration on your next summer story.

Check out the slideshow to see our recommendations. 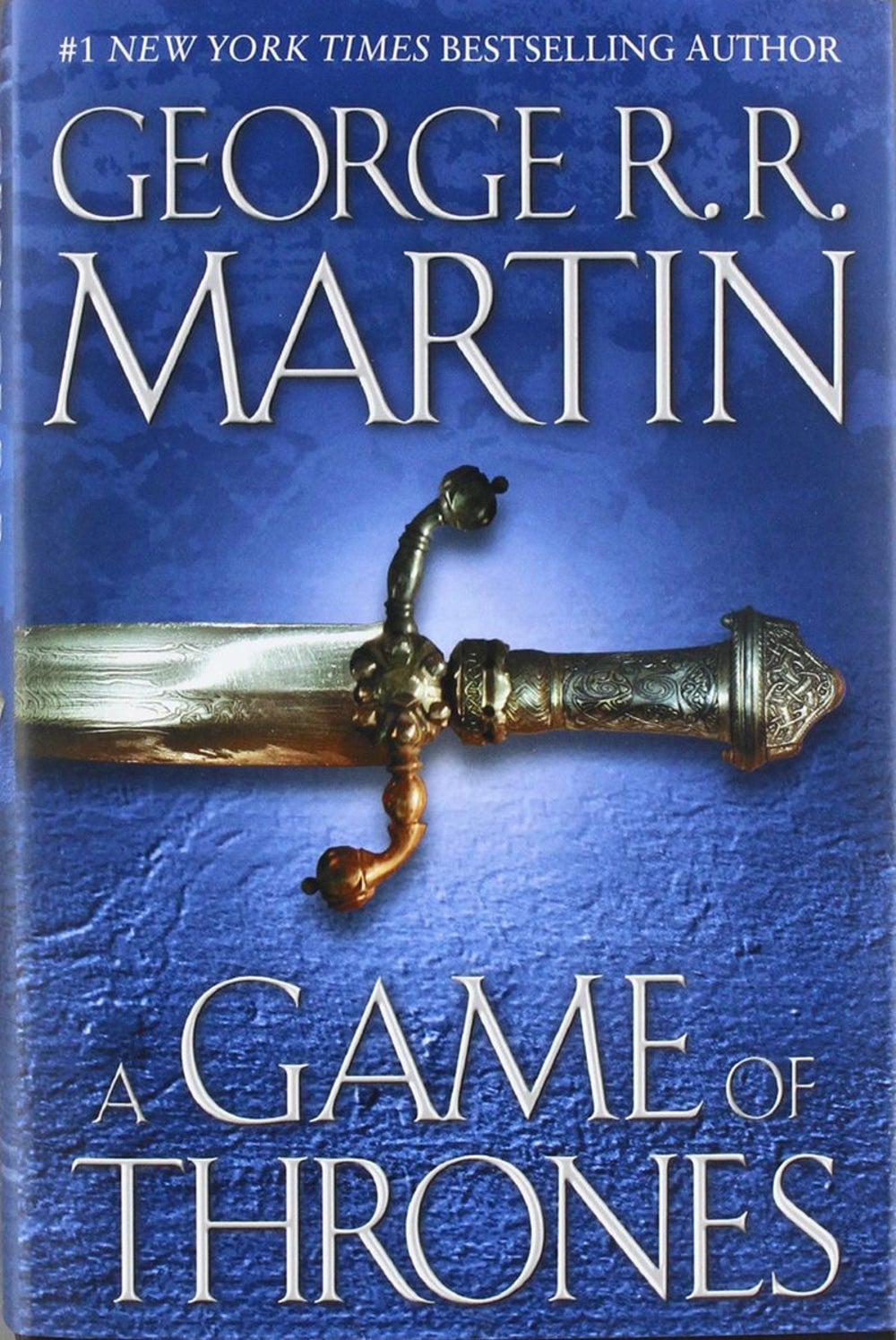 Description: An under-the-radar novel about politics, dragons and family values.

Why I picked it: I'm the type of person who likes to read the book and watch the show or movie adaptation. Some people like to read the book before a movie or show adaptation but doing one before the other doesn't really matter to me. I'm a big fan of the shows and actually tried to read this book before watching the show but was just super confused. Watching the shows actually helped me understand the book better. I ended up watching all 6 seasons within a month (I have no life I know) and can't wait for season 7! Maybe I'm in denial of it being the last season, so to help me live in my GoT fandom, I began reading this book. On to the next one...

Editorial Director Dan Bova -- 'The Presidents Club: Inside the World's Most Exclusive Fraternity' by Nancy Gibbs and Michael Duffy 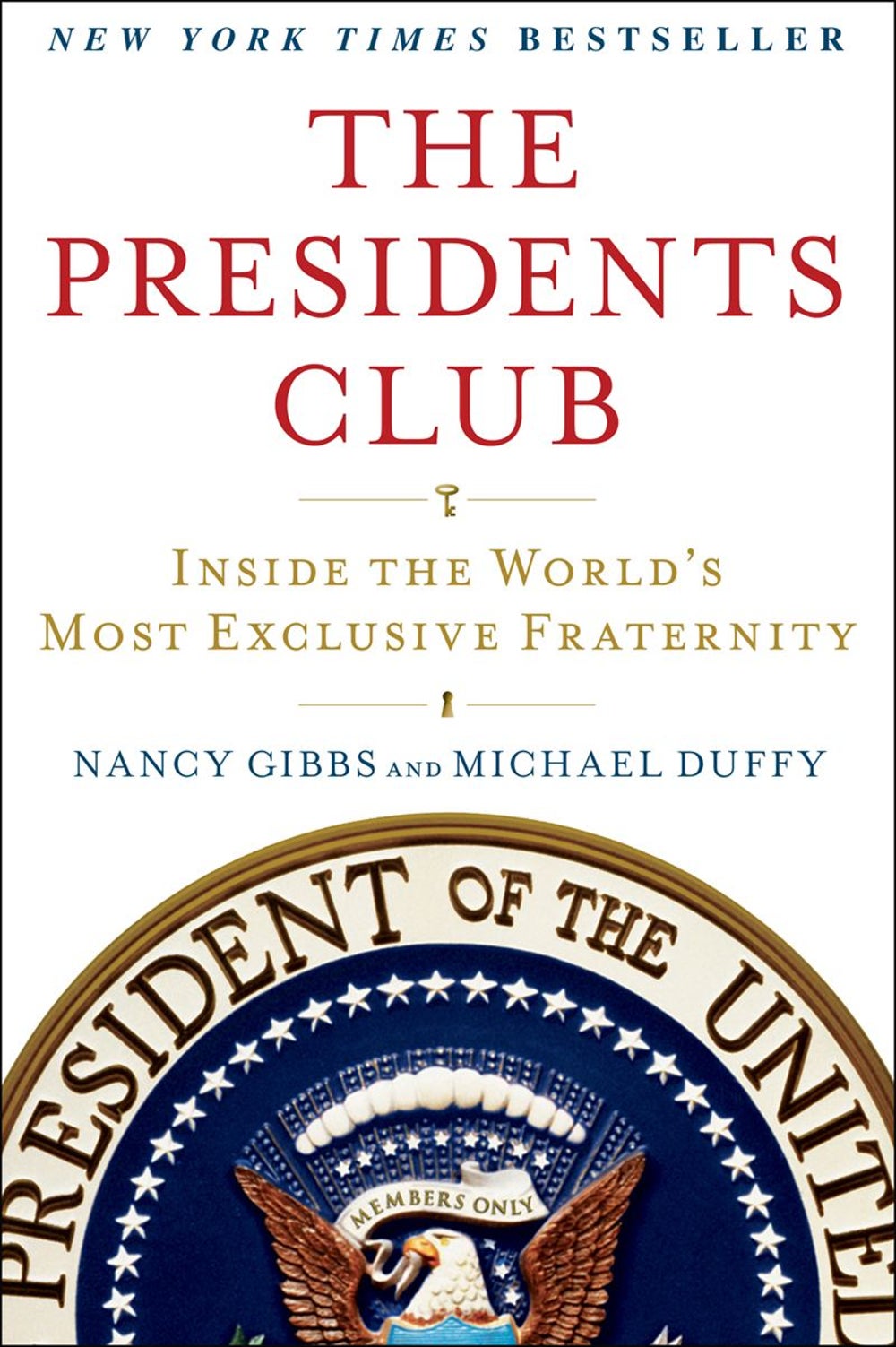 Description: This book reveals the remarkable club -- it's an actual club! -- whose membership is made up solely of U.S. Presidents.

Why I picked it: I'm facinated by the very small circle of people who understand the enormous pressures that being the leader of the free world brings. There is this understanding that yes, we'll trash each other's parties in public, but behind closed doors, we will do whatever is needed to help the country and to preserve the dignity of the office. They want one another to succeed. Nixon was one of Bill Clinton's most valued advisors! Very readable, super engaging and goes all the way up to Obama's arrival at the White House. Too many leadership lessons to list here, highly recommended. 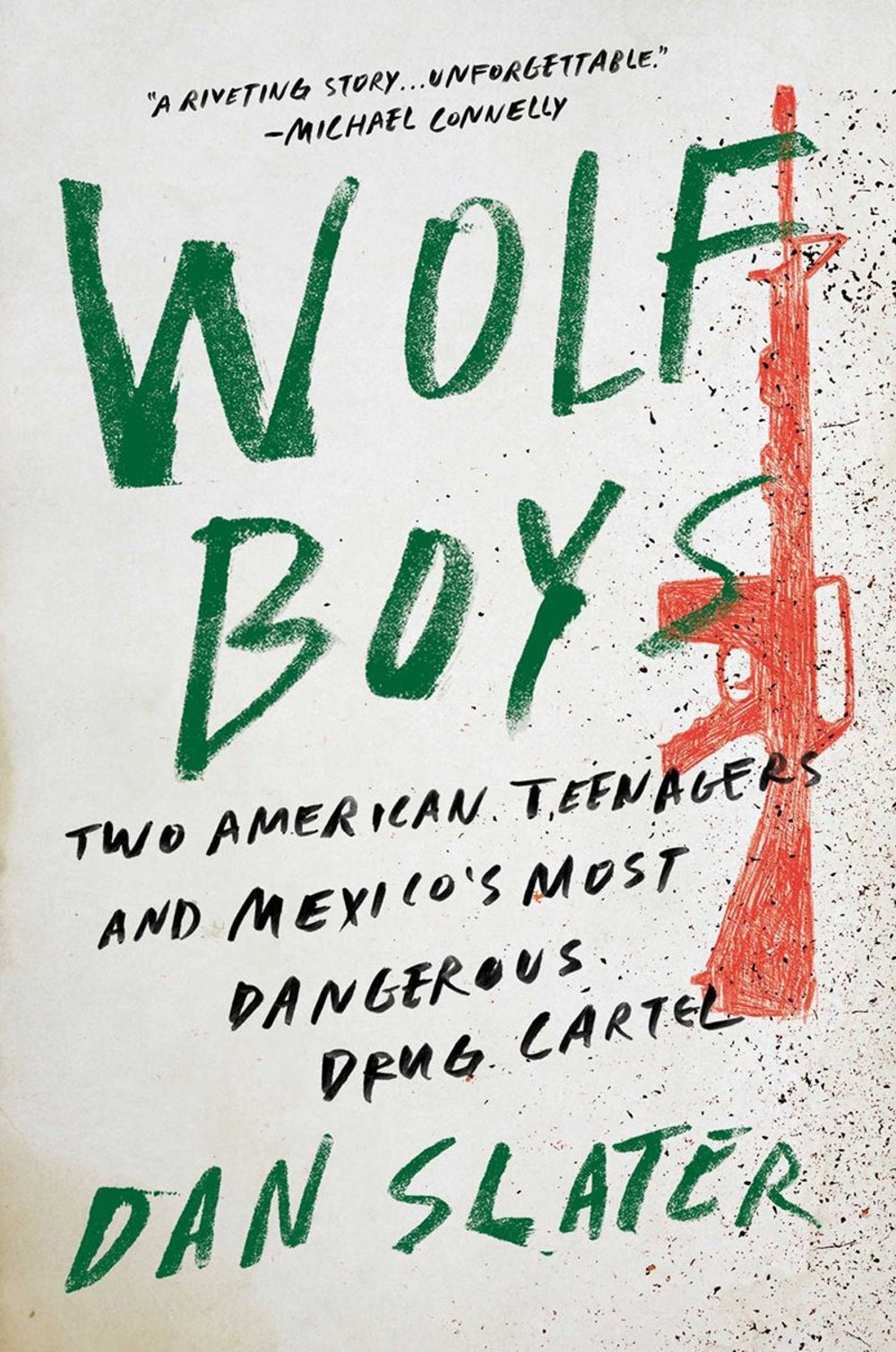 Description: Wolf Boys follows two American teenagers as they become hitmen for a Mexican cartel, as well as the Mexican-American detective who brings them down.

Why I picked it: This is an absolutely masterful piece of reporting by my friend Dan Slater, and I'd been excited to read it over the many years he'd been traveling to the border to understand and dive deeper into the world of the cartels. The border has become such a politicized place, but this book is all grit and reality—an inside look, unlike anything I'd ever seen, about why people turn to a life in the cartels, and how it impacts everyone around them. 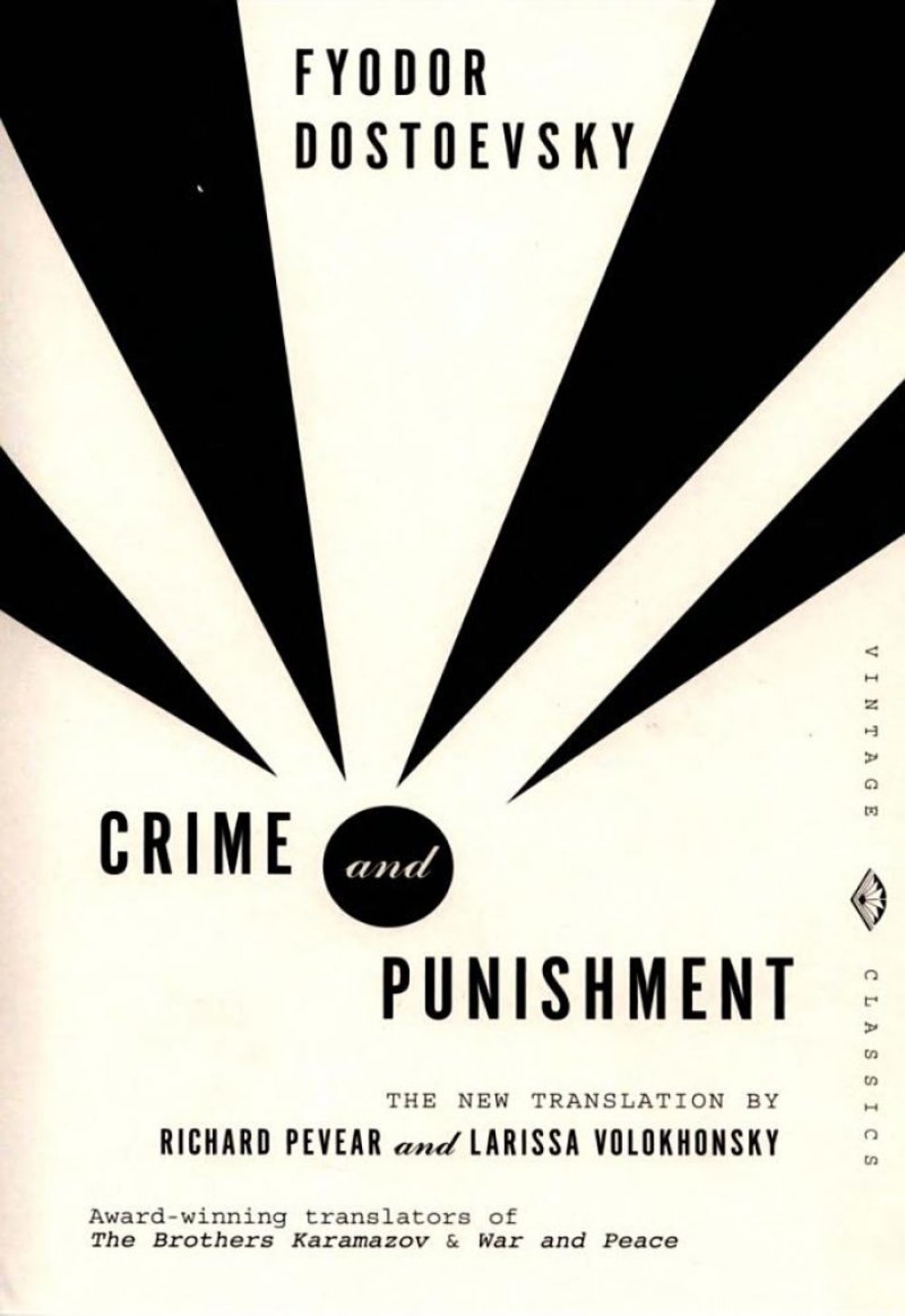 Description: A young student in St. Petersburg commits a murder and then must grapple with the consequences.

Why I chose it: I try to mix in a few classics to offset my regular reading of contemporary fiction. Despite knowing the crime before starting the book, the plot has a lot of unexpected twists. It's definitely not a light beach read! 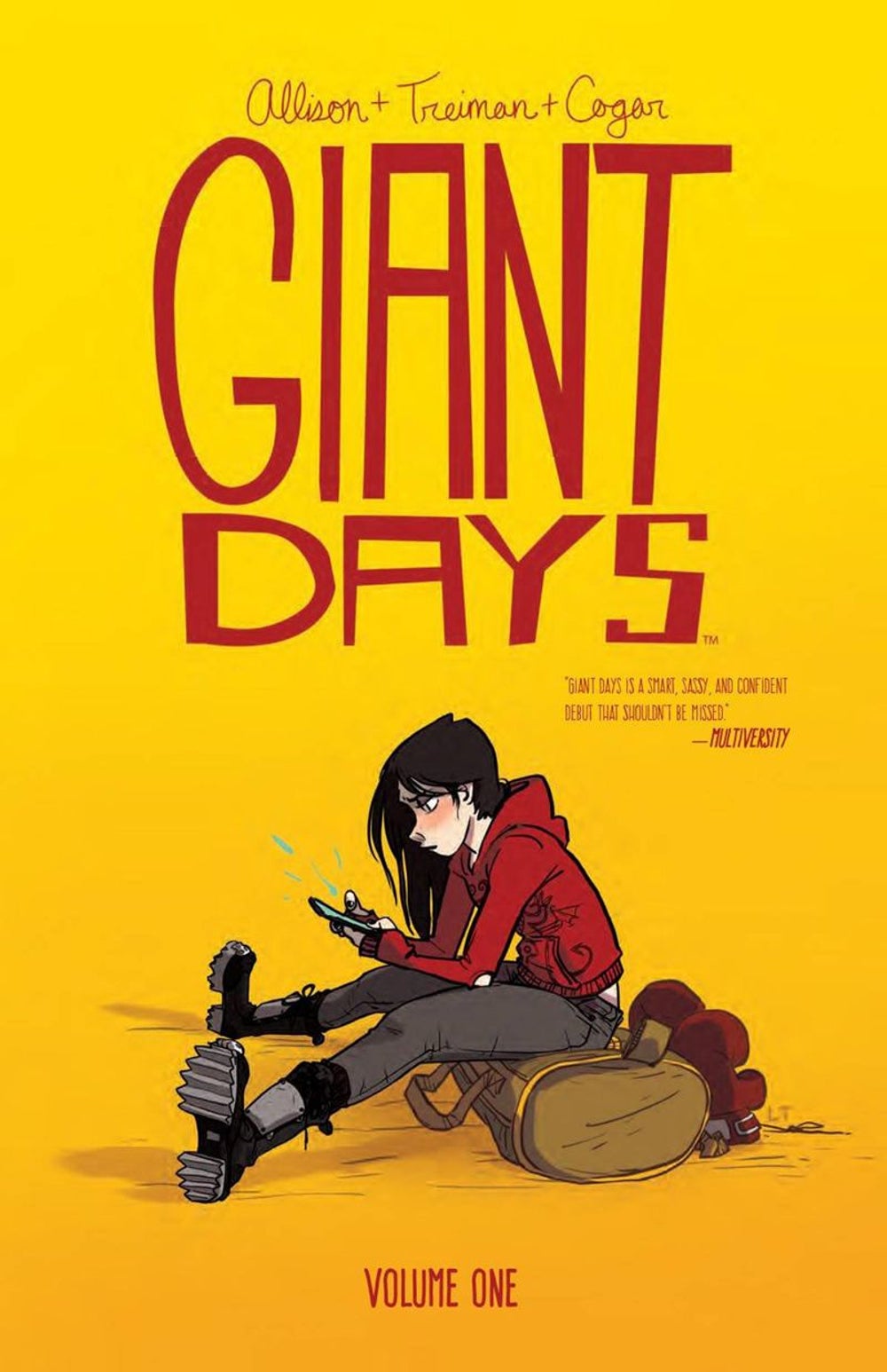 Description: Even if you're not a comics person, I highly recommend Giant Days. It's a charming, funny, delightfully weird story of three friends at university and the misadventures they get into.

Why I chose it: Treiman's art jumps off the page and Allison has an amazing ear for dialogue. 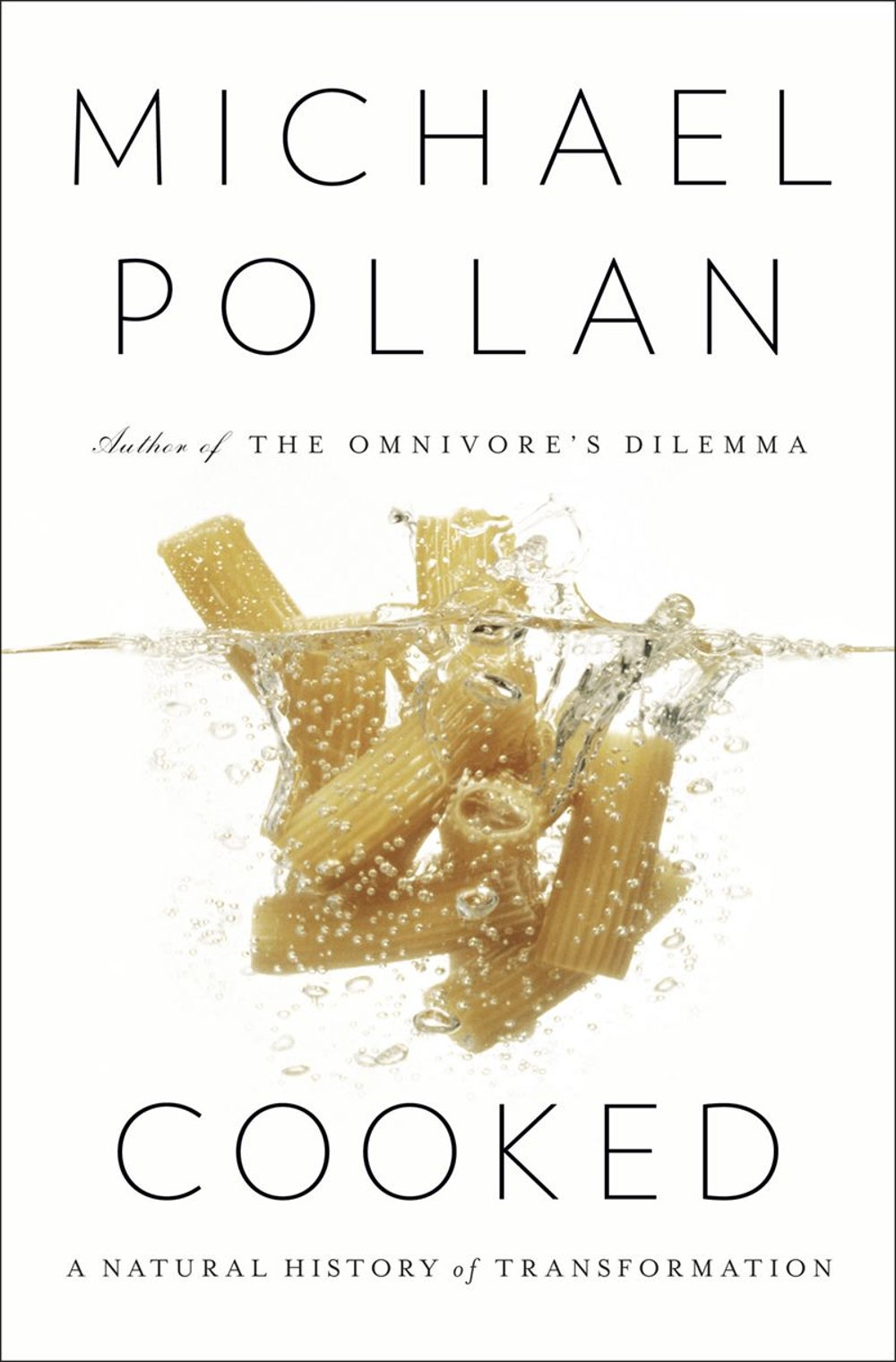 Why I chose it: Ever since I read In Defense of Food, I decided to read everything by Pollan. The way he puts information together is quite amazing and his books are super informative. 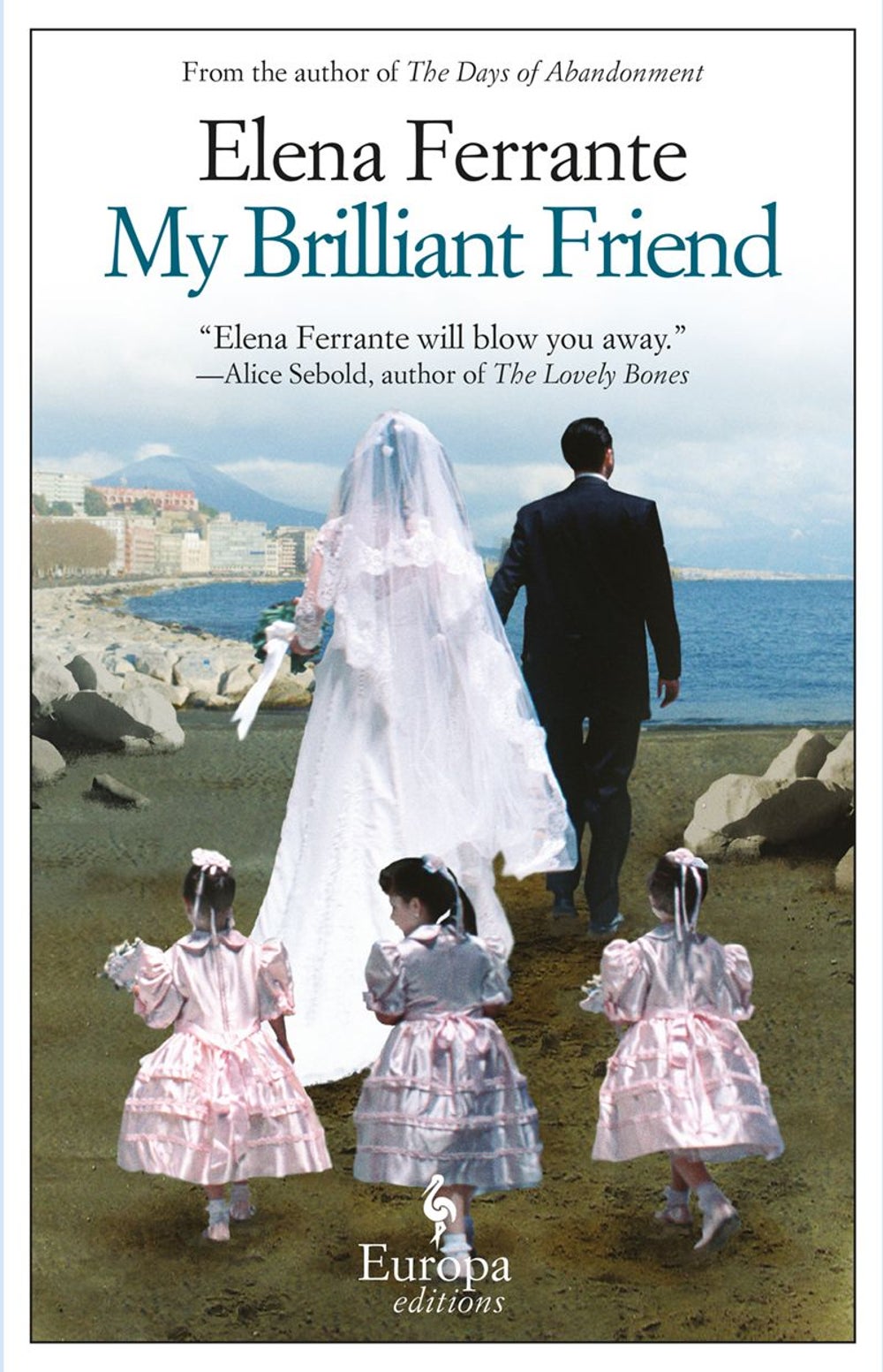 Summary: My Brilliant Friend is the story of a friendship between two women starting in 1950s Naples, where the two women are growing up on the mean streets of that Italian city.

I haven't gotten more than 100 pages in as yet but I can see why Ferrante has gotten so much buzz. A much-beloved author in her native country -- and increasingly in this one -- she's been touted for her four "Neapolitan novels," of which "Brilliant Friend" is the most recent. She's written seven novels, total, and made the "New York Times" bestseller list four times.

The book has gorgeous descriptions and (so far) a pretty dead-on representation of how little girls think. Good beach reading, too, as it's not too dense.

Why I picked it: It's probably more accurate to say that someone picked the book for me. However, I find some nice symmetry in the fact that "My Brilliant Friend" was a recent birthday present from my own brilliant friend, Marla. 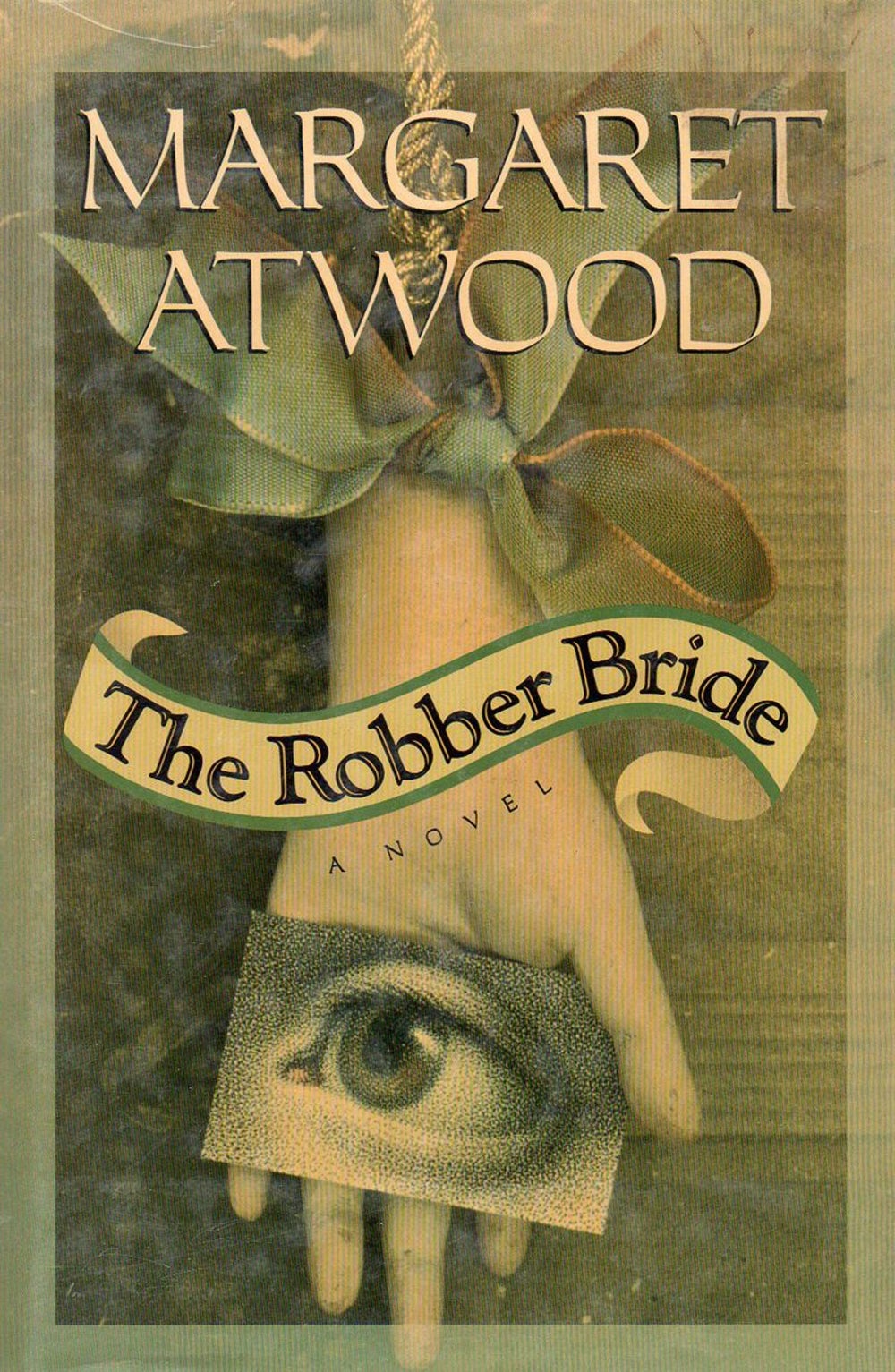 Summary: The book takes place in present day Toronto and follows three women as they all tell their story about how a woman named Zenia wrecked havoc on their life. It is believed that Zenia died, but the three discover she is still alive -- and causing trouble.

Why I picked it: I decided to read the book after finishing Atwood's The Handmaid's Tale (and subsequently watching the Hulu series). While The Handmaid's Tale moved a faster than The Robber's Bride and was shorter, The Robber's Bride does provide some amazing storytelling from Atwood, along with intricate details about the women's lives. It definitely isn't a page turner but a nice, slow summer read.

Associate Editor Lydia Belanger -- 'Makers and Takers: The Rise of Finance and the Fall of American Business' by Rana Foroohar 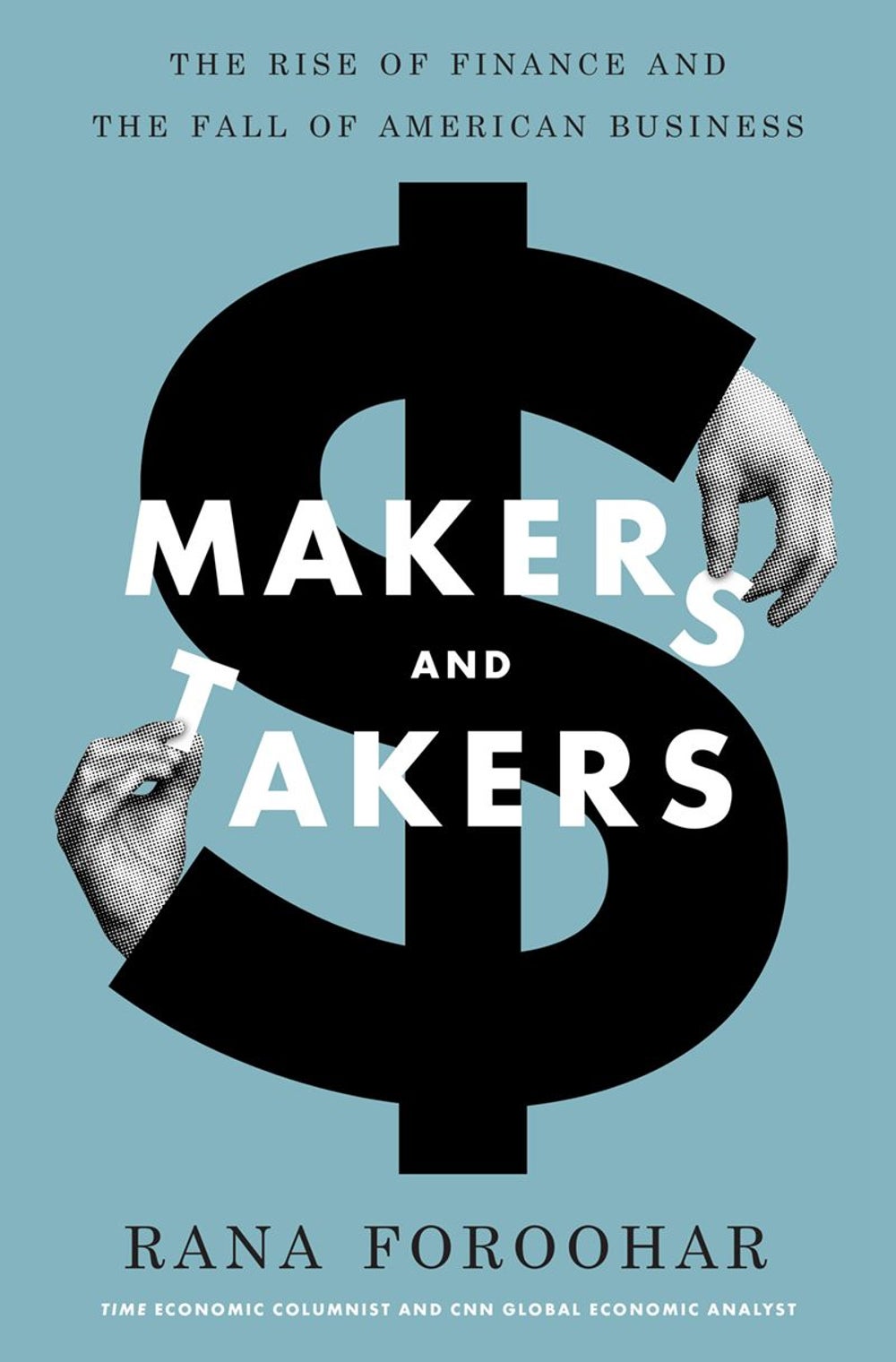 Summary: Foroohar chronicles "financialization," or the growth and evolution of the financial sector, and how it has affected society. She explains how the way in which the financial system operates has shaped the priorities and practices of companies, driving many to prioritize short-term, quantifiable growth and shareholder value over holistic thinking and long-term sustainability. One of the most surprising bits of info Foroohar shares is that a mere 15 percent of the capital that flows out of financial institutions is invested in businesses, while the other 85 percent stays in a "closed financial loop ... whereby the markets have begun to exist basically to serve themselves." I'm interested to read on and get through more of the precedent-setting anecdotes Foroohar recounts -- and see how she concludes and what types of solutions she offers.

Why I picked it: I first heard about this book in the NewCo Weekly newsletter, in which journalist John Battelle wrote, "Every so often a book comes along that works its way into a majority of the interesting conversations you have with both friends and colleagues," which prompted me to pick up a copy. 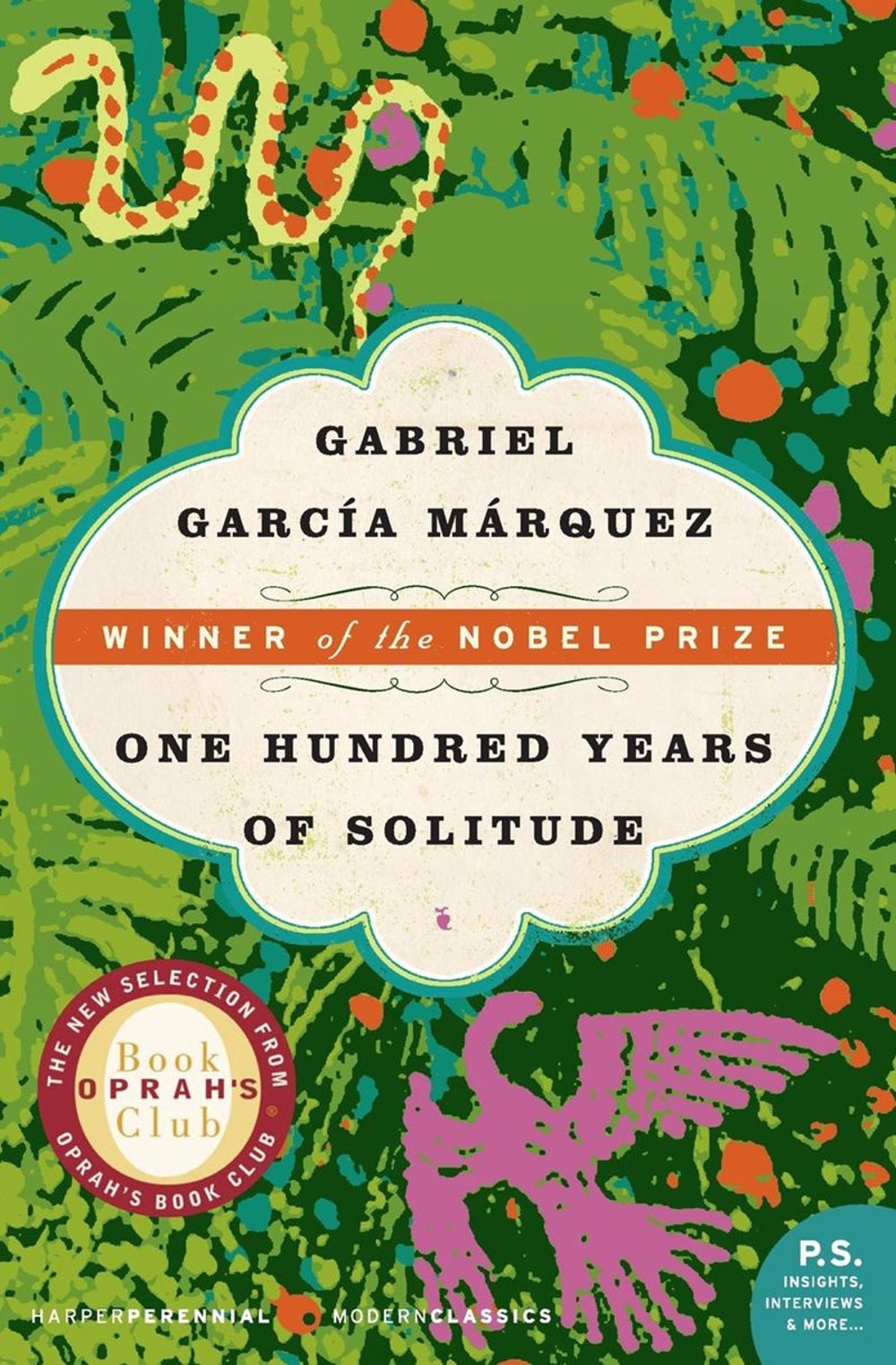 Description: The fantastical, multigenerational tale of the Buendía family and the fictional town of Macondo is a sprawling classic that details several wars, dozens of characters and just about every sort of storyline you can think of.

Why I picked it: Márquez didn't win a Nobel Prize for Literature by accident, and I've been interested in his works since I read his short story, "A Very Old Man With Enormous Wings," in high school. I wanted a taste of one of his longer works, and so far, it hasn't disappointed. You could teach classes (and I'm sure people have) on how easily and smoothly Márquez transitions from one scene or thought to the next, and I feel like I'm becoming a better writer just by reading him. 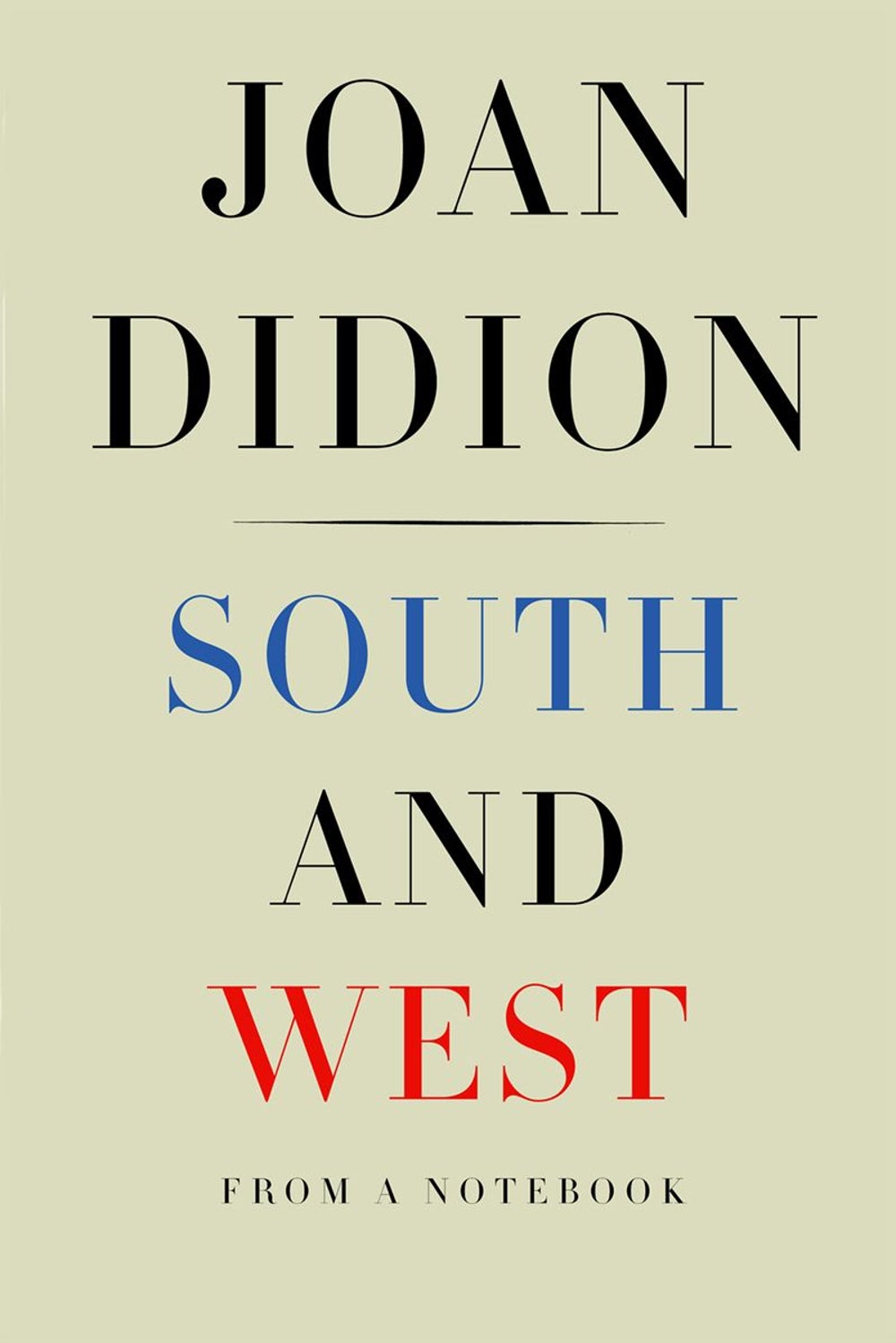 Summary: Joan Didion's South and West is her most recent publication, which is an early notebook that she kept during the time she spent in the South and in California in the 70s. The first half of the book chronicles a road trip she took through Alabama, Louisiana and Mississippi in the summer of 1970. The latter half, labeled "California Notes," is a collection of her thoughts about northern California and her upbringing there in Sacramento.

Why I picked it: I love Didion, but this book particularly caught my eye because I grew up in the Bay Area, but spent some of high school and all of college in the South. It's fun to read (and relate to) someone else's views on the two areas, which are polar opposites in many senses. Her notes also show how most of these places haven't really changed that much since the 1970s and today. 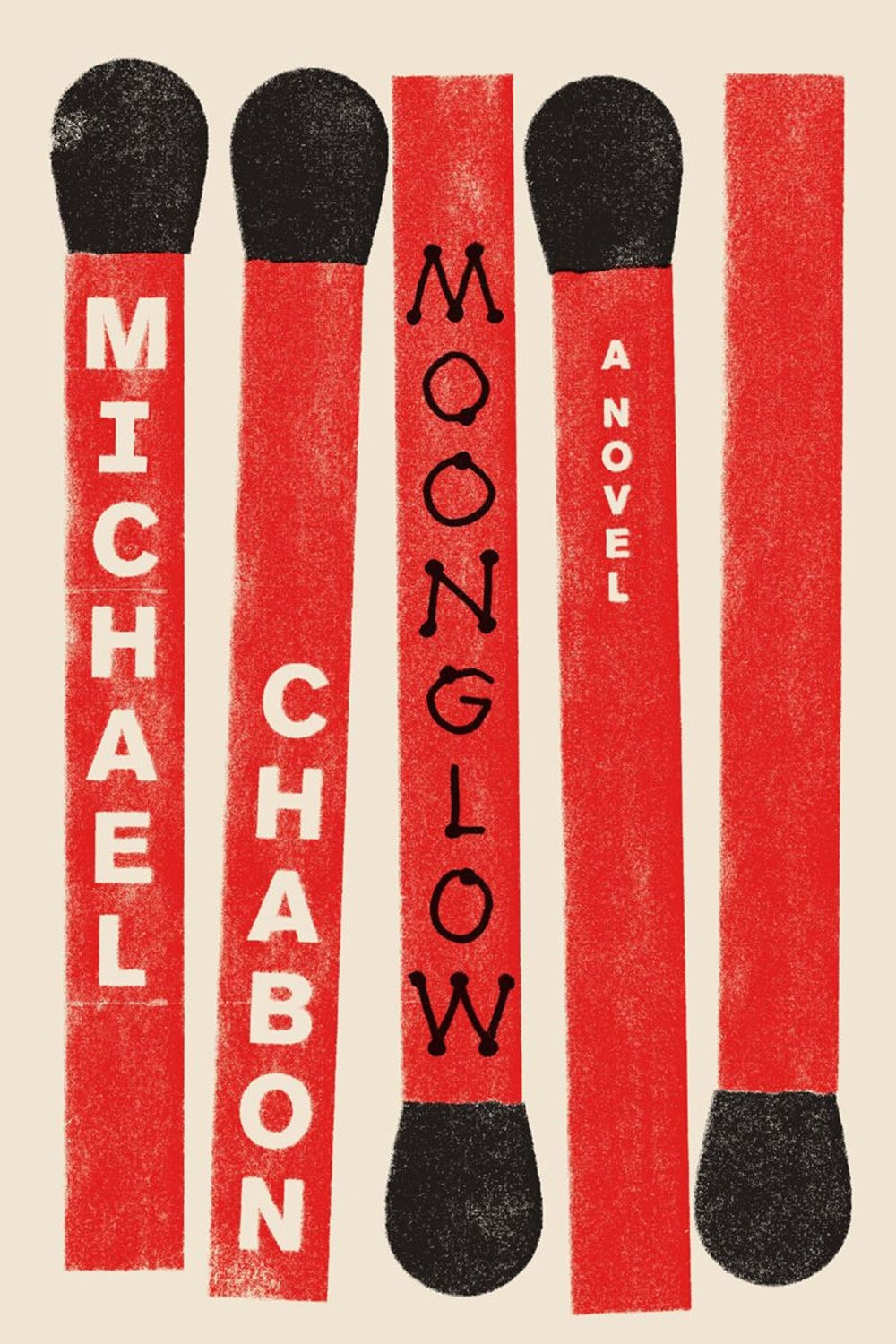 Description: In 1989, Michael Chabon went to visit his mother in Oakland, CA where she was taking care of her terminally ill father / Chabon's grandfather. Over the course of a week, Chabon's grandfather (only referred to as "my grandfather") shared stories and anecdotes that the author had never heard before. How his grandparents met, stories of adventure and his experience in the war, how he loved model rocketry and the "heyday of the space program," and more. It's a piece of "fictional nonfiction, an autobiography wrapped in a novel disguised as a memoir..."

Why I picked it: My mother recently found a gem just in time for my grandparents' 65th wedding anniversary: a letter written by my grandmother's mother to my grandfather's mother about how "the children" had moved the wedding up a month earlier and instead of the grand affair of 150+ family and friends in Richmond, VA that had initially been planned, they would say their vows in a penthouse in New York City with only their immediate family to witness.

Much like Michael Chabon, I've been officially unofficially deemed the "documentarian" of our family and I have a very special relationship with my grandfather. He is 91 and has accomplished so much in his life. The original "Mad Man," he worked at Carl Buyer & Associates on Madison Ave. prior to starting his own public relations firm. His entrepreneurial spirit lives in me, as it does in most of my family. It's not a Pulitzer-Prize winning novel, but one of my favorite videos is a clip that I shot on my iphone of my grandfather sharing the story of how he and my grandmother met, their first date, their brief "courtship," and the wedding that would follow only months later. The best part of the clip, however, is my grandmother's cameo and corrections throughout. After 65 years of marriage, they're still a team and that's something

The author is Jewish and it's fun to read references to Yiddish words my grandparents have taught me over the years. 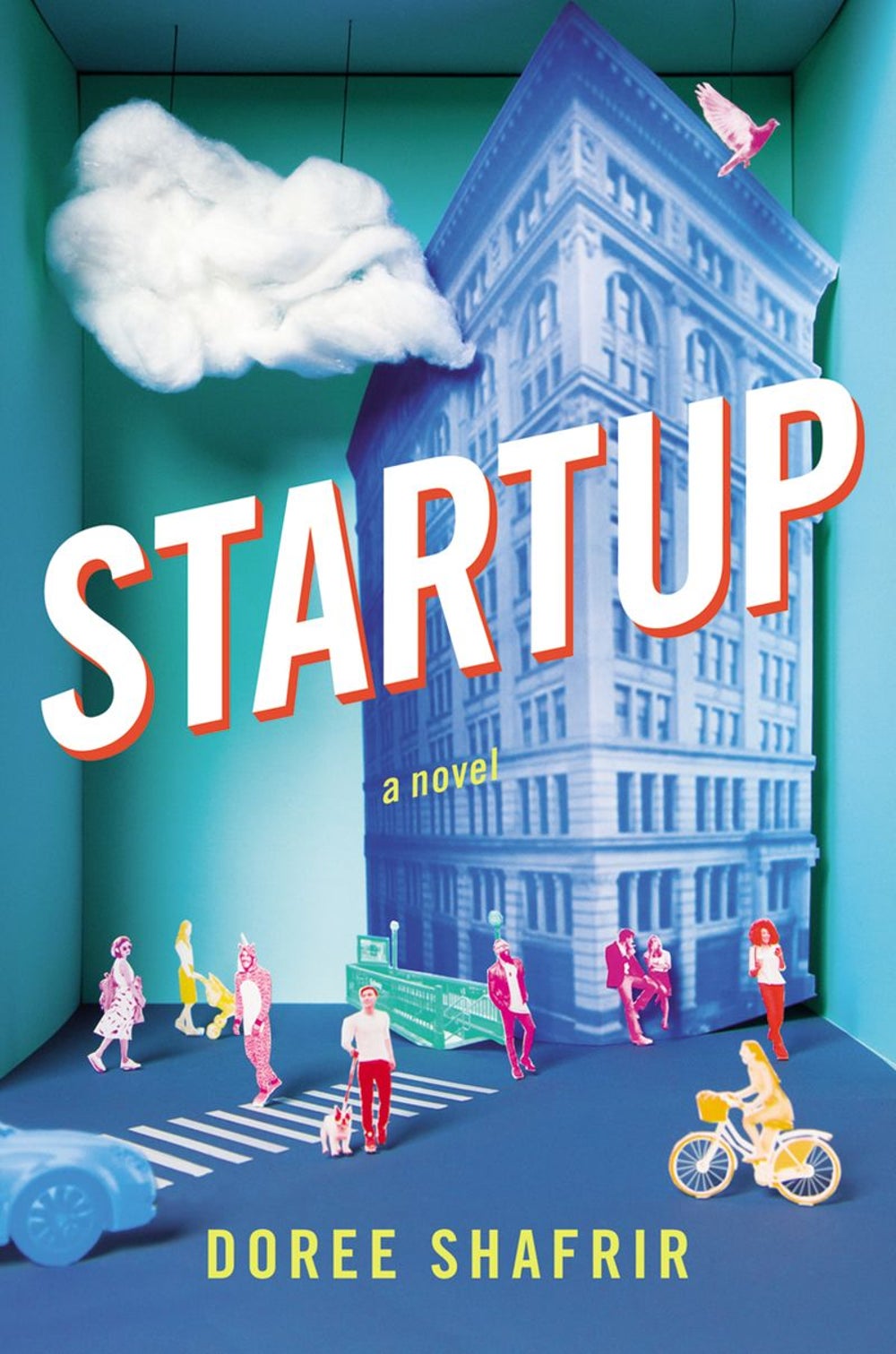 Description: I spent this past Sunday tearing through Doree Shafrir's Startup, a novel about the equally crazy worlds of technology startups and new media in New York City. (Not totally surprising for someone who works at Entrepreneur, right?)

Why I picked it: It sharply captures, with humor, some of the stereotypes we all inevitably fall into, but doesn't hold back when it comes to digging at the real issues plaguing both of these industries.