How Sheryl Sandberg Used Writing to Soar -- and 7 Other Entrepreneurs Who Did, Too

For some, business and creativity can join forces to produce remarkable success.
Next Article

Anna David
CEO of All The Write Moves/Anna David Coaching
home menu_book
August 31, 2017 8 min read
Opinions expressed by Entrepreneur contributors are their own.

Once upon a time, entrepreneurs and writers were in two different camps; one group was financially focused, the other more creatively inclined. But as self-publishing has shed its shame, more and more entrepreneurs have started looking at books as extended calling cards. The results, for some, have been spectacular—in terms of personal satisfaction as well as business growth. Here are eight entrepreneurs whose lives have been transformed as a result of getting into the book business.

Related: How This Self-Published Author Sold 10,000 Books with Almost No Money and Zero Connections 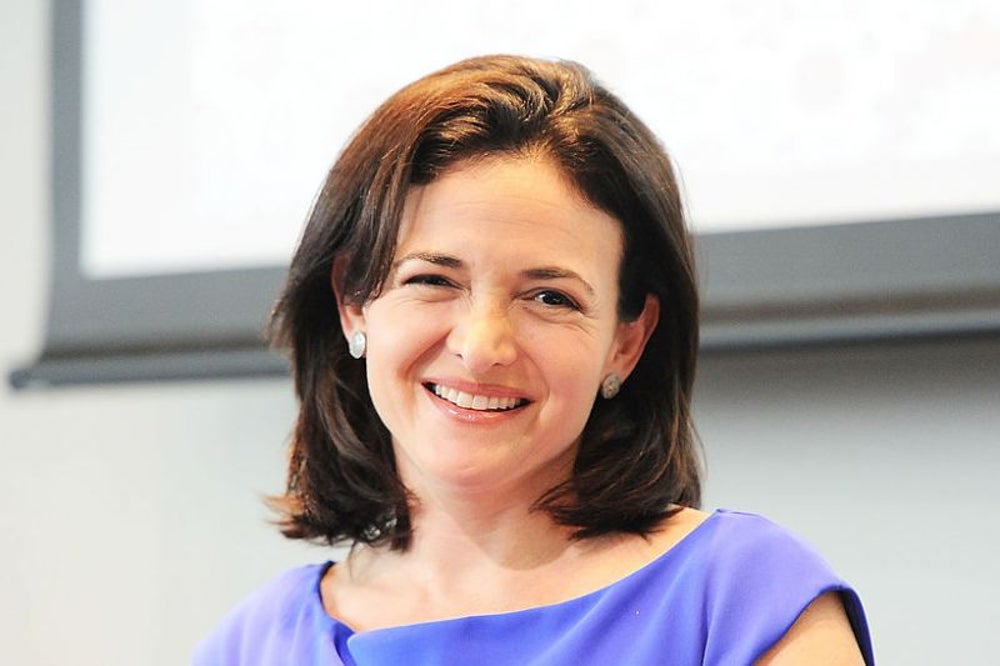 Obviously, Sheryl Sandberg, as the best-known and most respected female tech executive of our time, belongs on nearly every list of entrepreneurs in the world. But while she was known primarily as Zuck’s #2 at Facebook, the 2013 publication of her worldwide sensation, Lean In: Women, Work and the Will to Lead, transformed her instantaneously into the author of arguably the most important book for women of our time. Just like everything Sandberg touches, the book (based on her 2010 TEDTalk), turned into a movement of sorts, consisting of over 30,000 “circles” that women around the world join in order to help each other “lean in.” Her latest book, Option B: Facing Adversity, Building Resilience, and Finding Joy, is right on track to create yet another movement—with Optionb.org, a site created for people to “build resilience and find meaning in the face of adversity.” 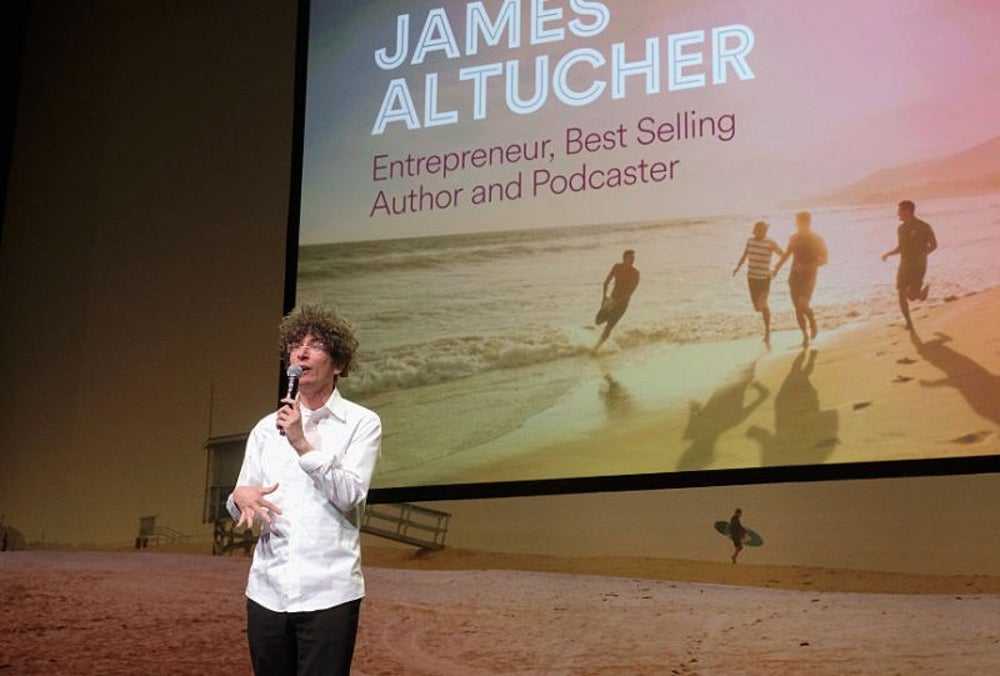 If any entrepreneur serves as an example of how writing can take a career to new heights, it’s Altucher. As the author of 16 books, including the mega best-selling Choose Yourself!: Be Happy, Make Millions, Live the Dream, Altucher is categorically different from author entrepreneur authors because he writes like a writer and not a business writer. “When I first started blogging, I wanted people to know how hard it is to strive for something, to deal with failure, to actually fail, to confess mistakes in a world where everyone pretends to be perfect,” he says. “It was this very style of writing that multiplied by 100x my number of readers.” 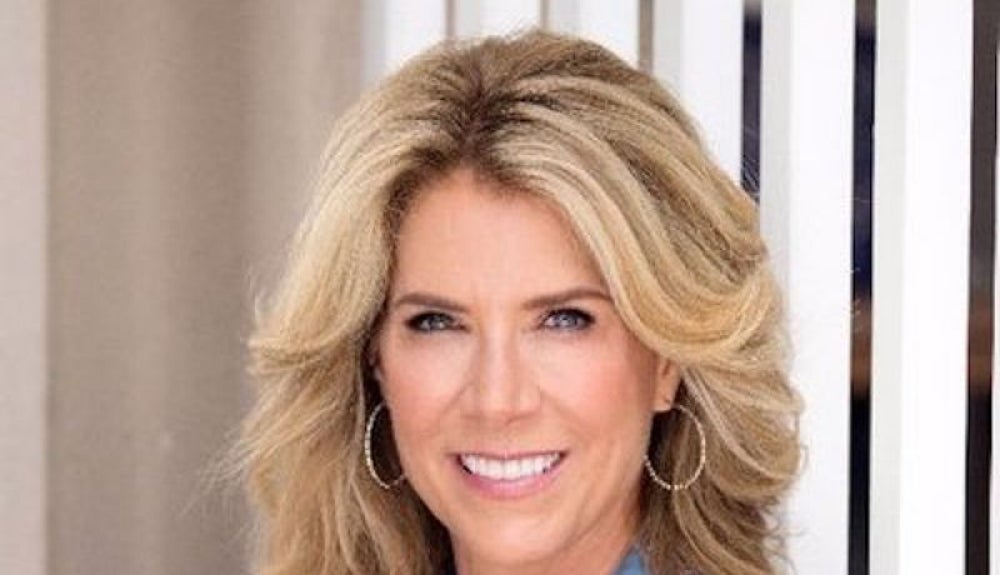 Four-time New York Times bestselling author JJ Virgin had her first successful book launch at the most terrifying time in her life: as her son remained in a coma after being struck by a car. The world-class food intolerance expert, who’s been on every TV show known to man and starred in her own TLC reality show, has only thrived since that crucial moment: not only has her son made a full recovery but she has gone on to crush the Times list three more times. But it was that first success that catapulted her business to another level, as she went from earning $2 to $6 million the following year. It wasn’t the book deals that netted her that pretty penny, however—it was everything else. “A book isn’t going to make you rich; it’s going to make you real,” she says. “If people read my books, they’ll buy my products. We have a relationship. They just took you into their bedroom or bathroom. They feel like they know you.” 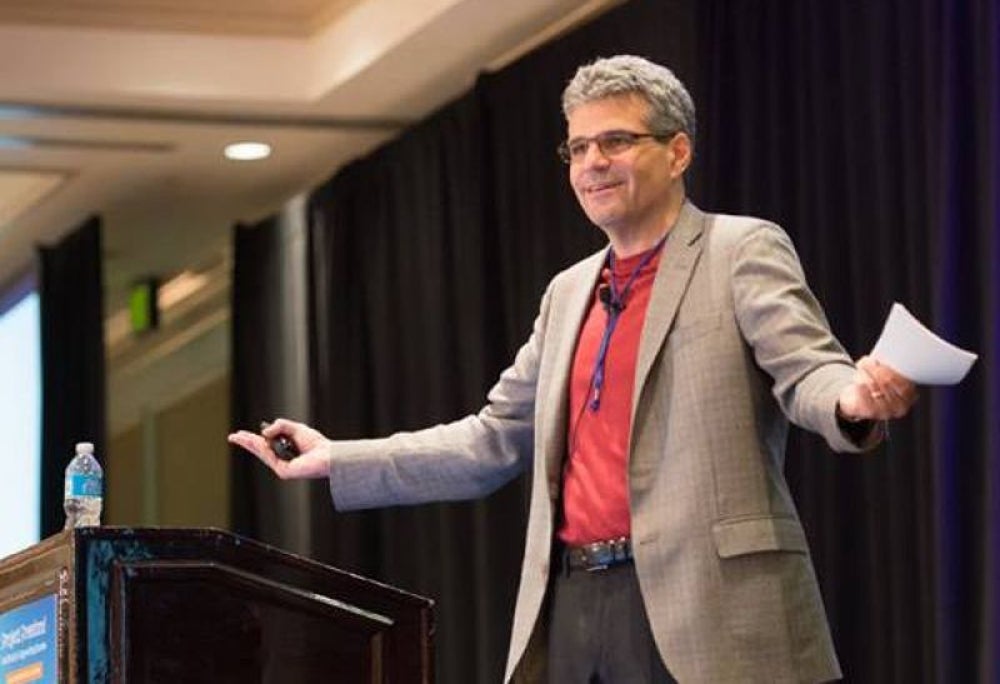 Direct marketing expert Kurtz co-authored his first book, The Advertising Solution: Influence Prospects, Multiply Sales, and Promote Your Brand (through Entrepreneur Press), last October and he did it with a two-part mission: to help “crystallize” his position in the marketplace, to build a high-quality email list to attract people to his mastermind program and to buy educational materials and books he creates. For quality list-building purposes, Kurtz offered an array of bonuses to those who purchased the book. While his list didn’t grow to gargantuan proportions—“When I see 10 new names, I’m a happy guy,” he says—the quality, in terms of people who are likely to eventually sign up for his programs, is high. But it wasn’t just the bonus method that’s proven fruitful for Kurtz. “When I get on a podcast now, I joke, ‘If you don’t want to spend the $12 on the book, just go to my site and opt onto my list.” But the satisfaction for Kurtz doesn’t just end with more potential clients; he’s now working on a second book, which takes a much deeper dive into his own personal story. “The first book,” he says, “was a stepping stone to my opus.” 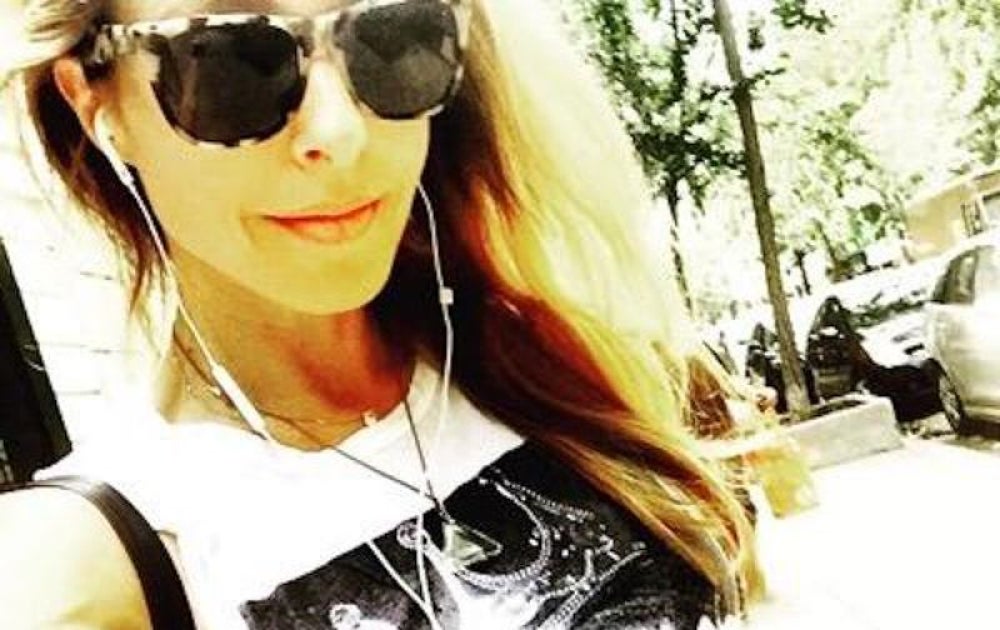 Former publicist Gabby Bernstein had charm and beauty to share when she launched into public consciousness via a New York Times profile. Then she released Add More –Ing to Your Life: A Hip Guide to Happiness and instantly became known as the next generation’s Marianne Williamson. Four more books have followed and the now #1 New York Times bestselling author is arguably the most successful woman alive when it comes to straddling the line of spiritual leader and business person. With a succession of online courses, a worldwide touring schedule and legions of fans basking in her every word, Bernstein has used her books to build her authority—and the other way around. 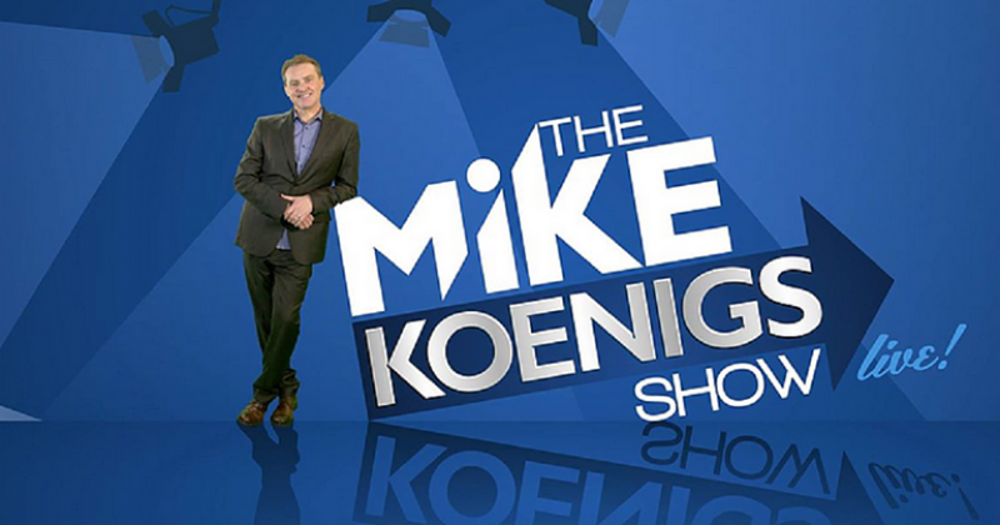 It’s an understatement to say that 12-time #1 bestselling author Koenigs’ first book came from an earnest place; it was created, after all, when Koenigs was in the hospital getting treatment for cancer and had just wrapped up 16 weeks of chemotherapy. The dedication paid off: the book became a bestseller in 30 days. With that kind of success came a great many questions, and those queries inspired Koenigs to create a course and training to help others achieve it. His Publish and Profit event, which costs $4,997, guarantees customers that they’ll walk away with a #1 bestselling book in just three days. As Koenigs points out, his offer is pretty much the “easiest pitch in the world”: “If you tell entrepreneurs they can become a celebrity, authority and influencer in their field, who doesn’t want that?” he asks. In the end, the book that spawned the course has become, in Koenigs’ estimation, a six-and-a-half-million-dollar franchise. Not bad for a book that was dictated into a phone from a hospital bed. 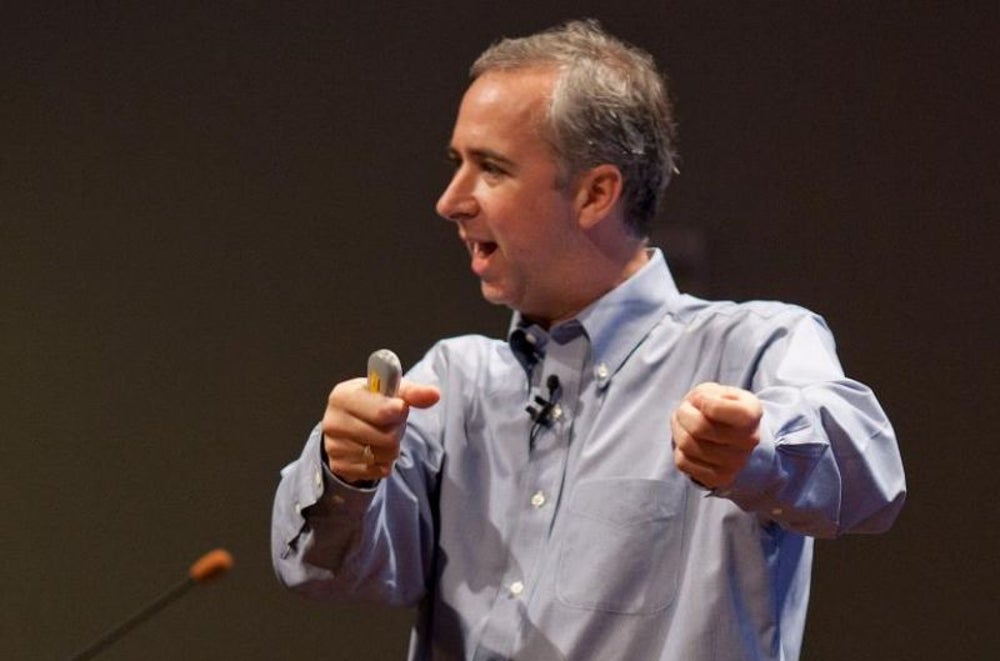 Though acclaimed business coach Herold had “no real desire” to become an author, he knew that writing a book would raise both his public speaking fee and credibility. And he was right: after releasing Double Double: How to Double Your Profit and Revenue in 3 Years or Less, almost seven years ago, he watched his speaking fee grow from $15,000 to $30,000. “I never cared about being a bestselling author,” Herold says. When companies started buying his second book, Meetings Suck: Turning One of the Most Loathed Elements of Business Into One of the Most Profitable, to give out to their employees, he realized another benefit: watching his thoughts and philosophies spread around the globe. “I’ll run across people sharing my ideas every day on social media,” he says. “That wouldn’t have happened without my books.” 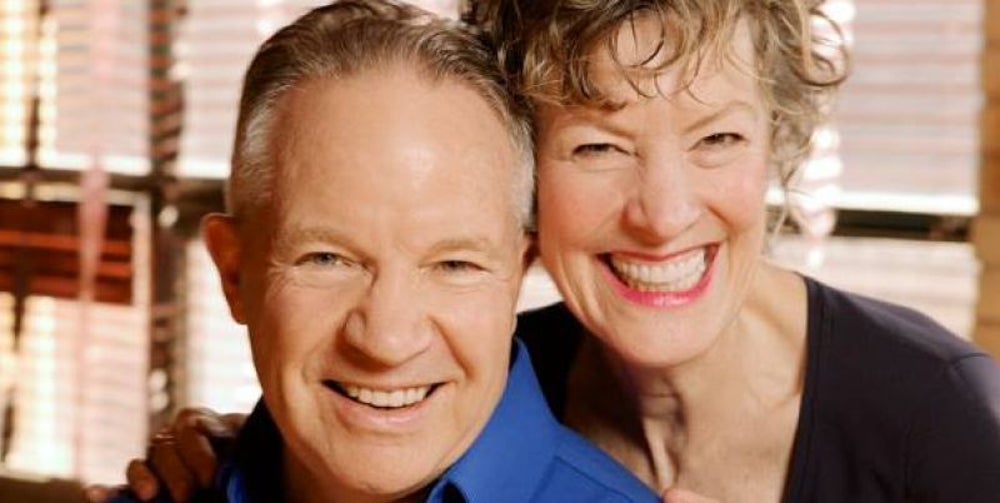 Dan Sullivan is a legend in the coaching world and he’s well on his way to becoming a legend in the publishing world as well, having just published his 23rd book (22 of which have been self-published). The fact that he didn’t pen his first book until he was a good 20 years into the coaching business meant that he had plenty to share. But his pace has sped up considerably since then: “I turned 70 in 2014 and set up a 25-year plan,” he explains. “I said, ‘I have 100 quarters left and I’m going to write a book every one of them.’” So far, so good: he’s released a book every quarter for the past 11. While he’s had plenty of clients who have written books that have made them famous—including David Bach, the author of Smart Women Finish Rich—“I have no desire to become a celebrity,” Sullivan says. “The whole intent [of the books] is marketing purposes. It’s another kind of message to send out to people.” As Sullivan sees it, many entrepreneurs who write books can be stuck between a rock and a hard place. “They have visions of themselves giving Ted Talks and being New York Times bestsellers but they don’t even have time for those things,” Sullivan says. “So they’re not good marketers and they’re not good celebrities.” If he keeps up his 25-year plan, Sullivan may end up being both.