If You're Not Going to Invest in Yourself, What Will You Invest in? Asks the Tony-Nominated Designer of 'Hamilton.'

Entrepreneur and designer David Korins says that no matter what you do, human connection is everything.
Next Article

Starting a business in any field can be fraught with challenges, but breaking into a creative industry in New York City is an experience in a class by itself. This is something that David Korins quickly understood as he worked to get his eponymous firm off the ground.

Thirteen years ago, Korins says he took a hard look at his financial situation and calculated the bare minimum of money he needed to make every month. The essentials were a cell phone, rent, ramen noodles and a little bit of entertainment. He slept on four egg crates wrapped with gaffer tape on the floor of an East Village apartment.

Related: 4 Ways to Make Things Happen on a Tight Budget

“Whatever money I made on top of that nut, I put into paying for help,” Korins recalled. “If I made $500 and I needed $400, I spent a hundred on additional labor to help me, because late night at an off-, off-, off-Broadway theater … if you're painting and propping and building yourself, those four-by-eight sheets of plywood are heavy.”

As he built his business, that was the system he retained. It wouldn’t be a decade until he made more money than his assistant, but Korins says that from the beginning, the most valuable part of his company was and still is the people he collaborates with.

“The inventory we trade in is the currency of ideas. We don't need a physical plant. We need people who are really talented and lovely and great and responsible and reliable and we need the ability to free those people up to do the best work they can possibly do,” Korins says. “So I bootstrapped this company every single step of the way. Brick by brick and project by project we built this thing together. Which was probably really fiscally irresponsible. But I remember thinking to myself, if I'm not going to invest in myself, what am I going to invest in?”

And that investment has paid off. Today, the Tony-nominated, Emmy-winning -- for Fox’s Grease Live -- designer has worked with big name musicians such as Bruno Mars, Lady Gaga, Kanye West and Mariah Carey and has developed installations for Coachella, Lollapalooza, SXSW and Bonnaroo. His 18 Broadway credits include Bandstand, War Paint, Dear Evan Hansen and a little production you might have heard of called Hamilton.

We caught up with Korins to get his insights about creativity and making connections -- and got to take a look inside his workspace.

Market research will only get you so far. 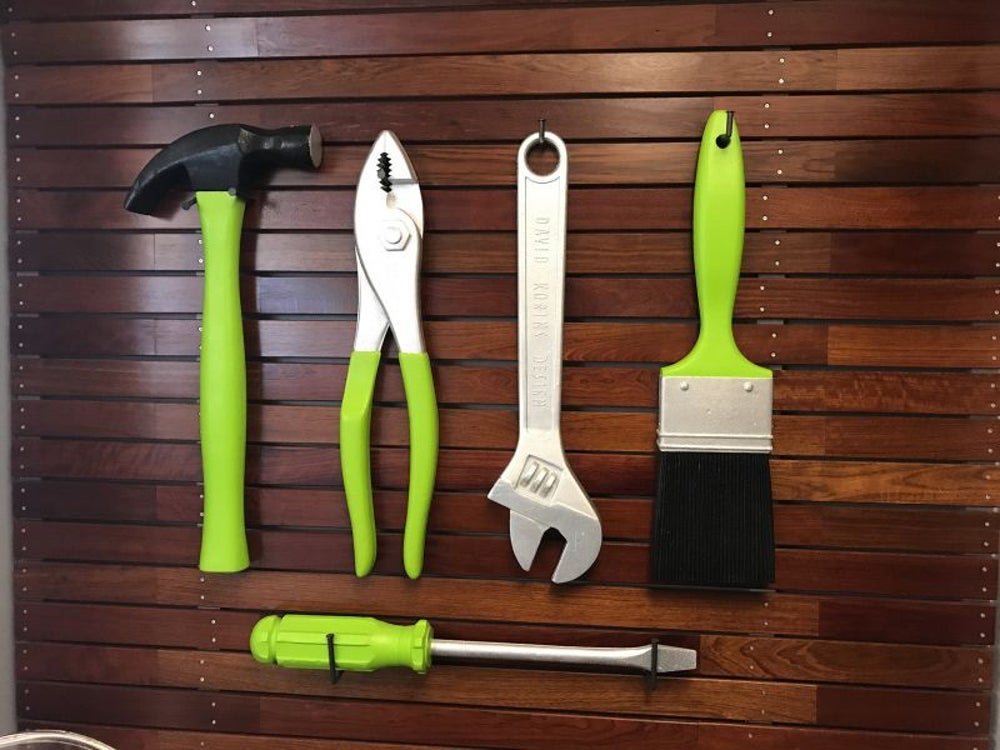 Korins says that after he gets the logistics of what his client wants, he drills down even further and does what he calls emotional research. “I'll think, what's my emotional response? Sometimes I'll sketch something or I'll find colors or textures or pictures of whatever -- a night sky, landscapes, things that represent my emotional experiences. I kind of experience the idea of what we want to try and create,” Korins says. “Trying to figure out what the audience experience is and I try and come up with a way in which I manifest in real-time, these emotions into a physical ground plan.”

Don’t put all your eggs in one basket. 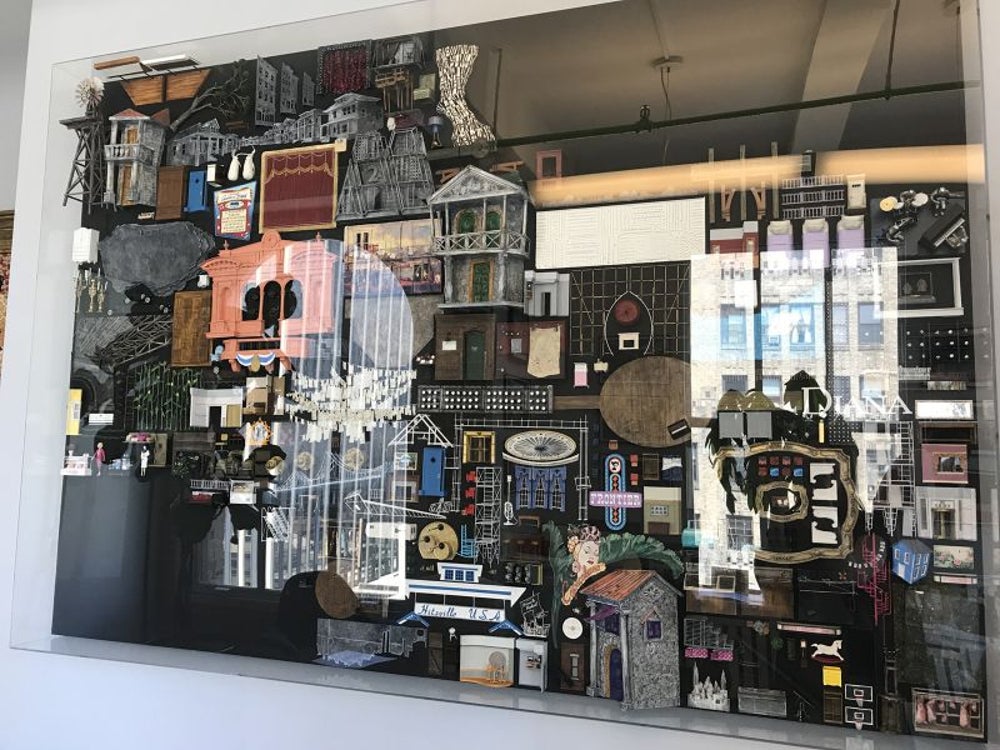 Korins says that he is thankful that he has never had a creative block, but he says that there is a particular reason why he doesn’t get paralyzed. “No one idea is that precious. It's the execution of the idea that becomes precious and the people experiencing those ideas," he says. "For me, the important thing is to be able to have a boundless amount of ideas so that we can really tailor make each one of the executions for that client.”

Remember that no idea is too small. 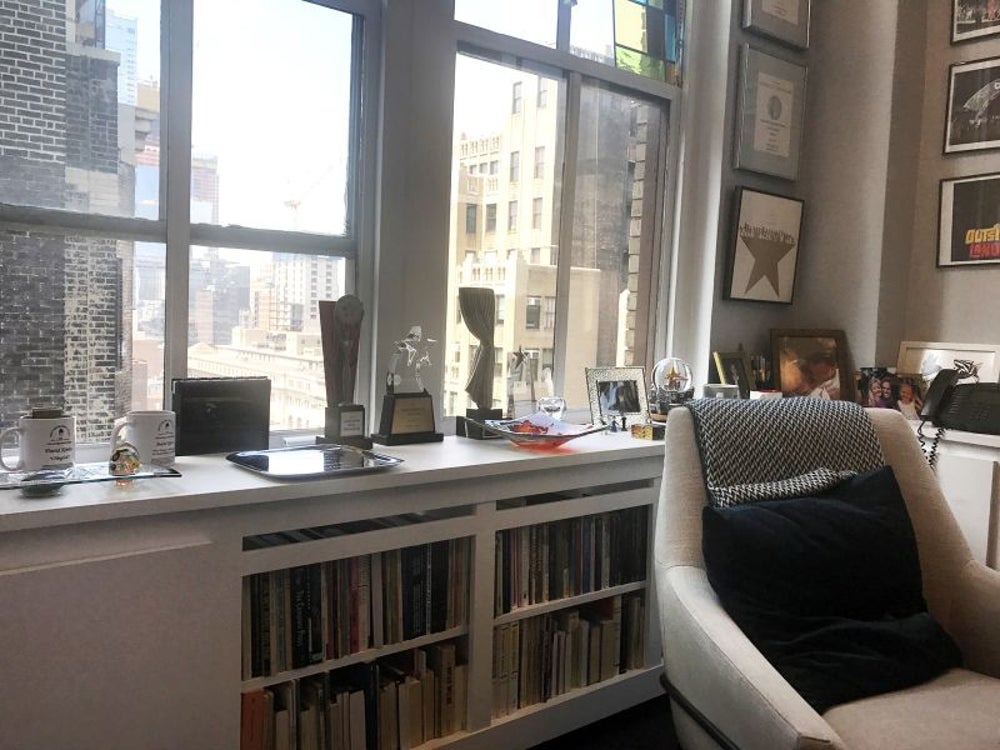 Even if it’s just a snippet or glimmer of something bigger, Korins says that he doesn’t let any bit of inspiration pass him by, and has a stack of notebooks in his office to prove it. “When I am in a meeting, if something comes to me, I jot it down, stick it on my wall and [when] I come back I'm able to just look at all those things," he says. "I carry the same sketchbook with me to every meeting and I fill up volumes and I do little sketches and little doodles and I make notes in my phone. I'm constantly going back to those notes and pushing all those projects forward.” 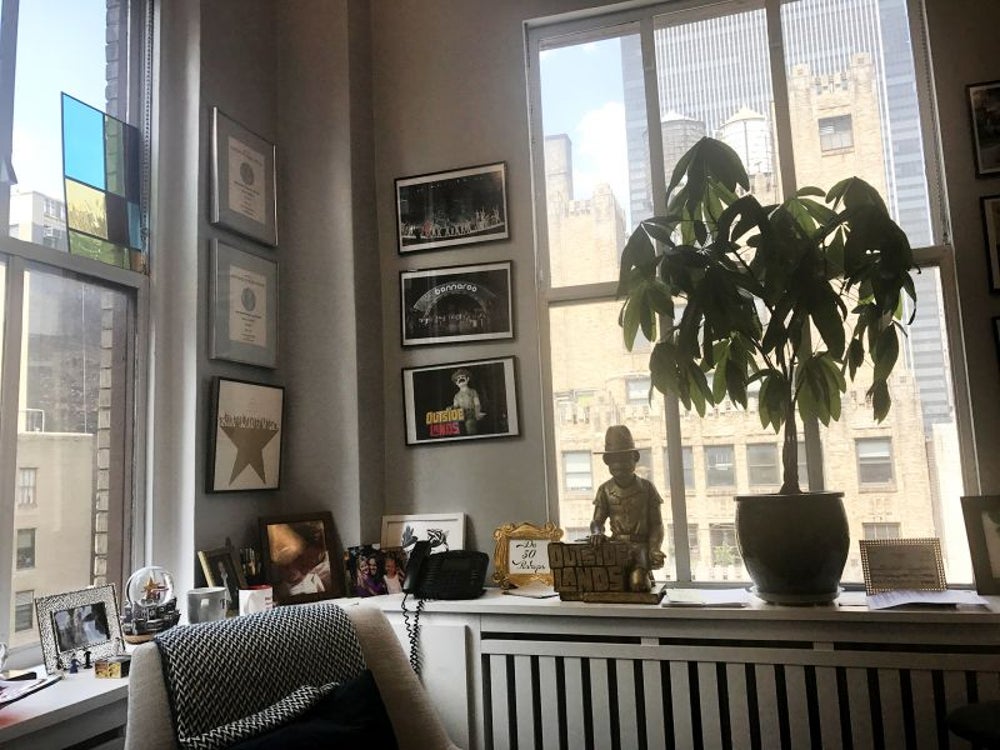 Image credit: Nina Zipkin
Korins says that he doesn’t think that there are any terrible ideas that can’t be salvaged and channeled into something better down the line. “I throw out all sorts of bad ideas in order to be to at least say it out loud and say, 'Well, that was really lame.' But why was it lame?" he says. "Sometimes if you can put your finger on why it was lame, you might get the place of, 'Oh, it was lame, [but] actually the inverse of it is amazing.'”

Success means making someone feel something. 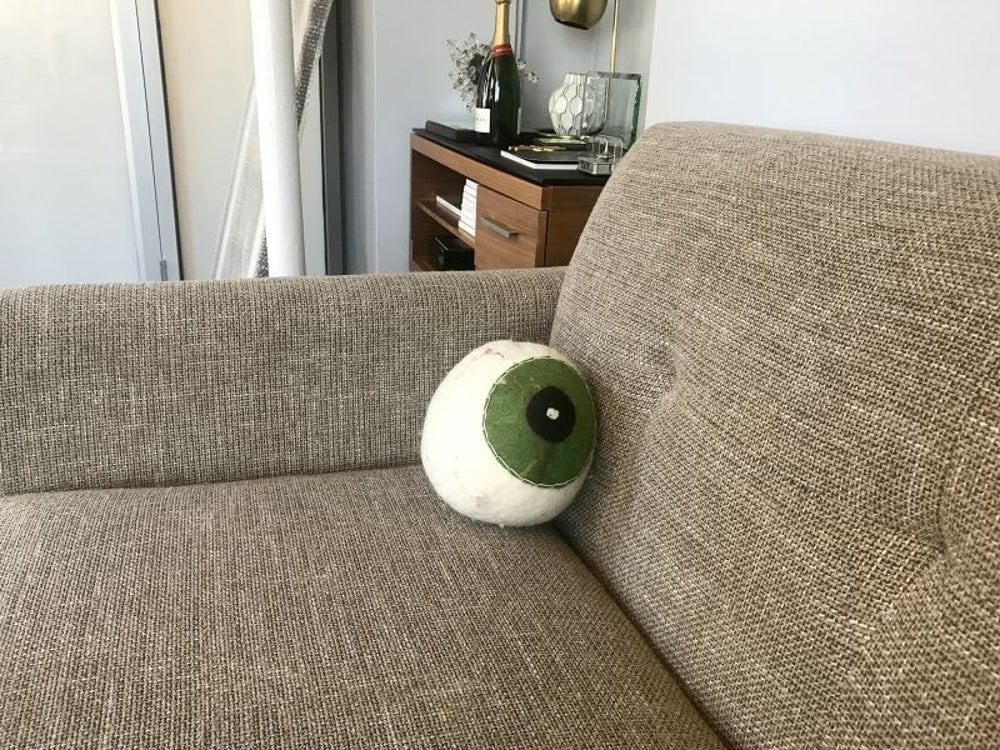 Though Korins has had his hands in different kinds of projects, from restaurants to the Broadway stage, he says that the throughline is the same. “In the end, human connection wins, always," he says. "What I've learned is that being able to move people, emotionally move them, is gold. You don't have to move everyone in the same way."