More than half a century after its release, Beach Boys founding member Brian Wilson is still on the road blowing minds.
Next Article

In 1965 while the rest of his band was on tour, Brian Wilson, a founding member of the Beach Boys, challenged himself to stay home and create a masterpiece. The results of that challenge, Pet Sounds, has become one of the most revered and influential works of pop music.

I recently became infatuated with Pet Sounds, and I have to admit, that’s a little weird. I’m old enough to have seen the Ramones perform live, but I’m not that old. To me, The Beach Boys was music that just kind of always existed in the background. Something my parents tapped their fingers to on the steering wheel when we were stuck in traffic. Not something that I loved or hated, something that was always there.

But lately, I’ve been giving a lot of thought to things that seem to have always existed -- cellphones, Batman, America -- and here’s the thing, they didn’t! Someone, or a group of people, created these things out of thin air. They had an idea and got to work.

I’m no music critic, but listening to songs such as “God Only Knows” and “Wouldn’t It Be Nice” with fresh ears, I couldn't stop thinking, "What made him even think of doing that?" There are not many top hits before or after "Sloop John B" with lyrics about eating all of a shipmate's corn that I can think of, can you? You start to understand why the “genius” word gets thrown in Brian Wilson's direction, and why it sticks.

This past weekend, I jumped at the chance to see Brian Wilson, alongside Beach Boys co-founder Al Jardine and a tremendous backing band, play the entirety of the groundbreaking album track by track at Radio City Music Hall. (Additional Pet Sounds: The Final Performances Tour dates can be found here.) Hearing these songs live -- more than 50 years after the guy sitting at the piano first heard them in his head -- was incredible and inspiring. I left the theater not sure that in my lifetime I’ll be able to create something that remains relevant and groundbreaking for half a century, but certain that I am going to not stop trying.

Here are some quotes from Brian Wilson about creativity and the drive to succeed pulled from great interviews he’s done with Jason Fine for Rolling Stone and Alison Beard for Harvard Business Review.

“I'm success-oriented. You have to program yourself to be successful. Kick ass at life." 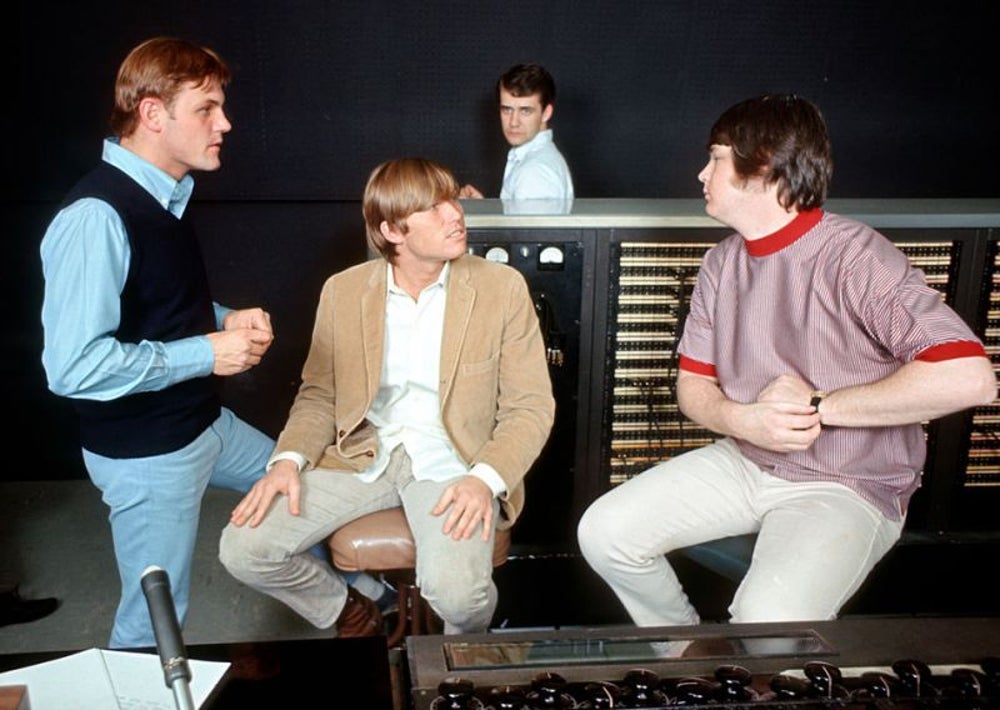 Wilson talks to engineers and other on-lookers while recording Pet Sounds in 1966 in Los Angeles.

"I still believe in that message -- working hard is the way to go. I live by it." 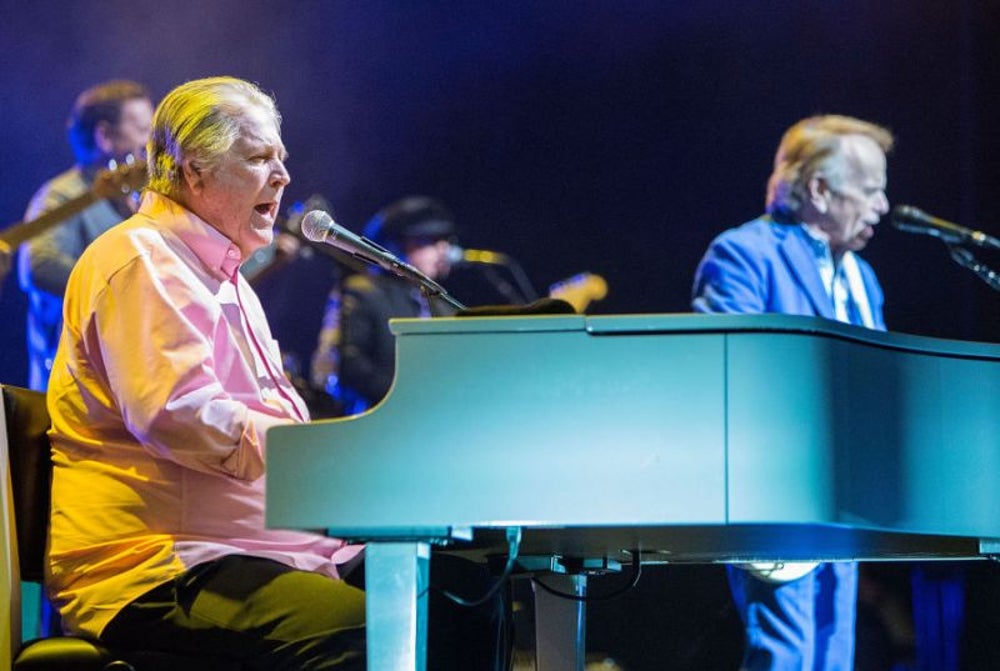 Brian Wilson and Al Jardine perform Pet Sounds at the Pantages Theatre on May 26, 2017, in Los Angeles.

"If you stick with it, things work out in the end. Not always, but sometimes." 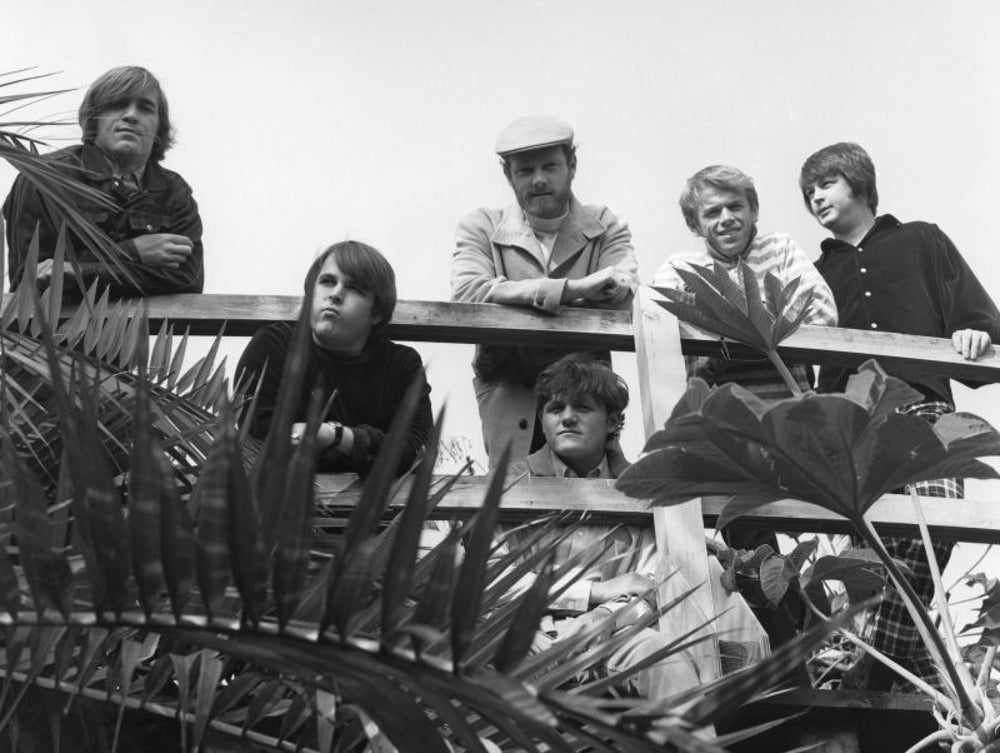 “The park helps keep me straight. I show up feeling bad, and I leave feeling good. It blows the bad stuff right out of my brains." 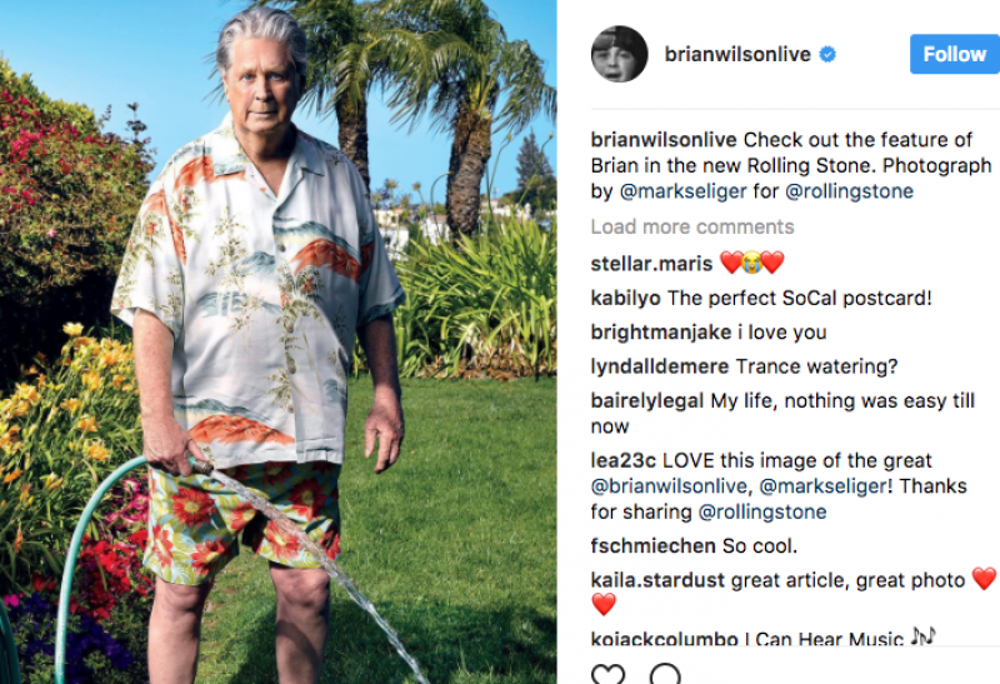 "Fifty years later, I’m doing a world tour, playing [Pet Sounds] live, and seeing and hearing the audience respond. That makes me very proud. That record brought and continues to bring love to the world, which was my intent when I wrote the music." 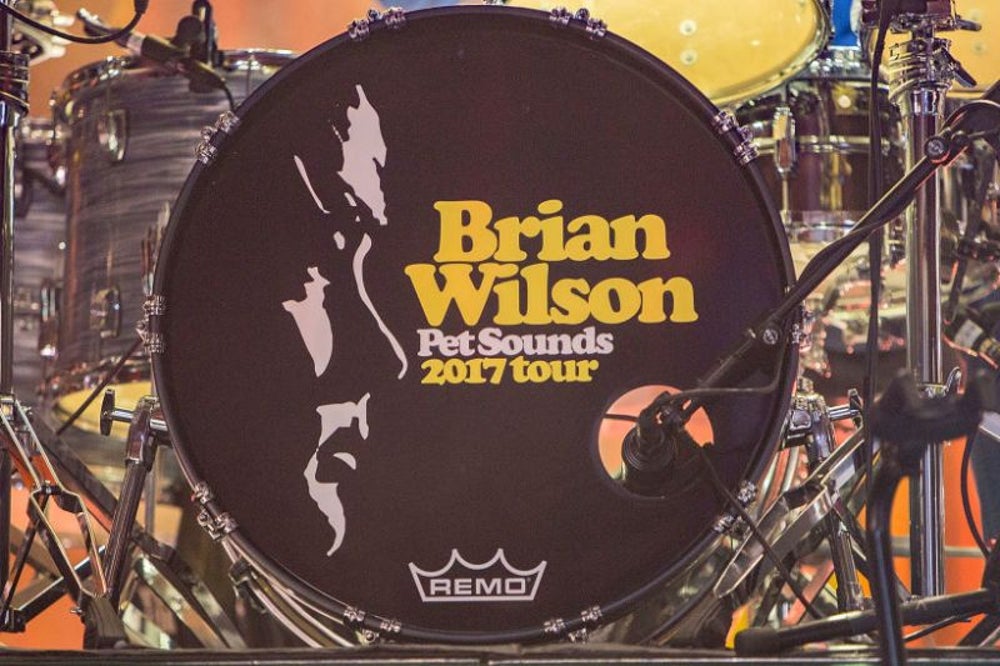 “Sometimes things happen, and sometimes they don’t, but you can’t force it. It’s frustrating, but I keep at it.” 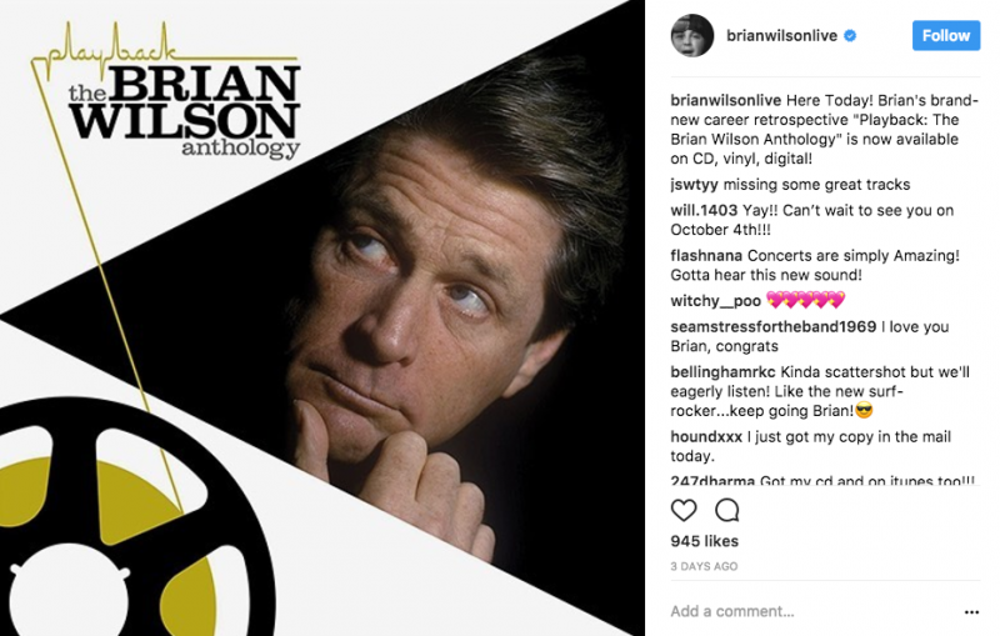 “Some people are leaders, and everyone contributes in different ways. The Beach Boys were a family -- three brothers, a cousin and a friend -- which gave us a cohesiveness. But I think the key to our success was respecting one another’s ideas and opinions.” 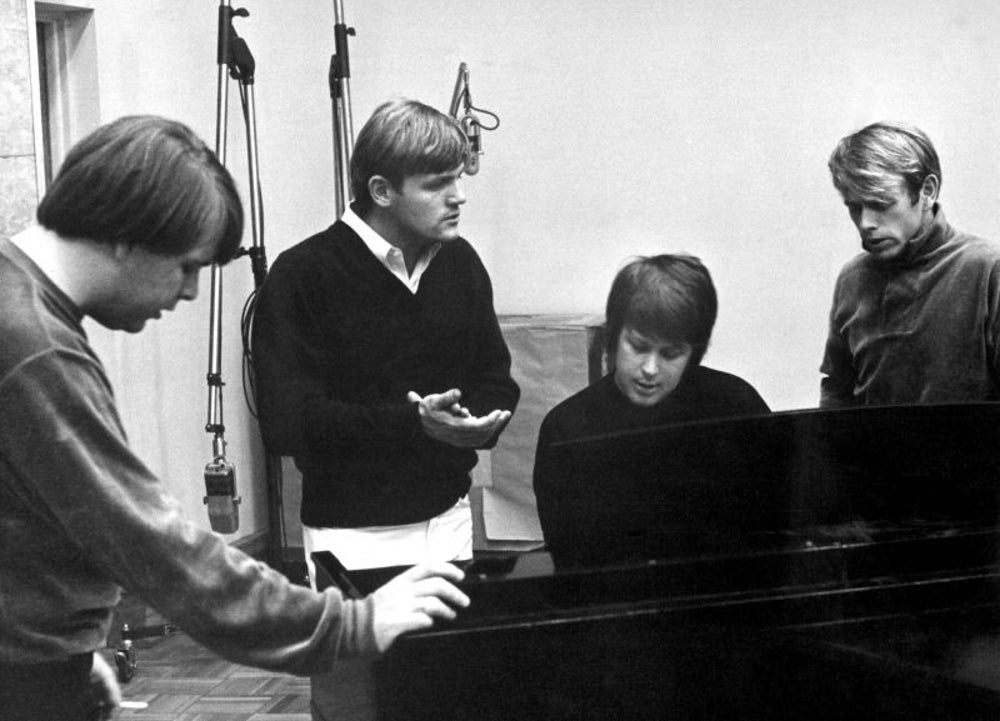 Carl Wilson, Bruce Johnston, Brian Wilson and Al Jardine sing around a piano in the recording studio circa 1966.

“I'm getting older but I don't give a goddamn. I can still sing my ass off.” 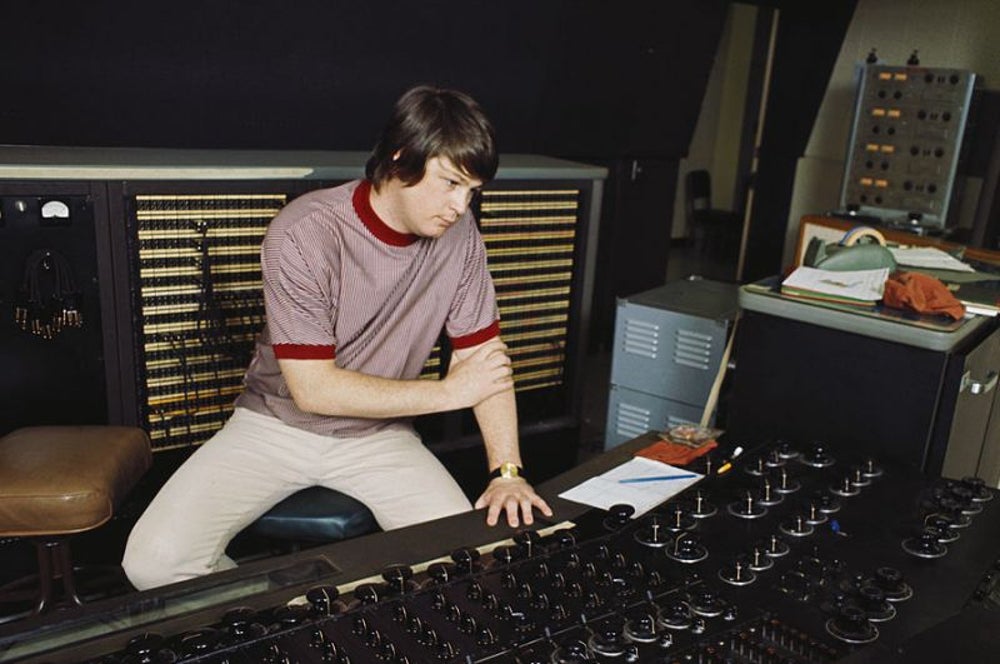 Singer and mastermind Brian Wilson of The Beach Boys directs from the control room while recording the album Pet Sounds in 1966 in Los Angeles.

“I wanted to be a center fielder for the Yankees. That was my ambition, but I got sidetracked into the music business." 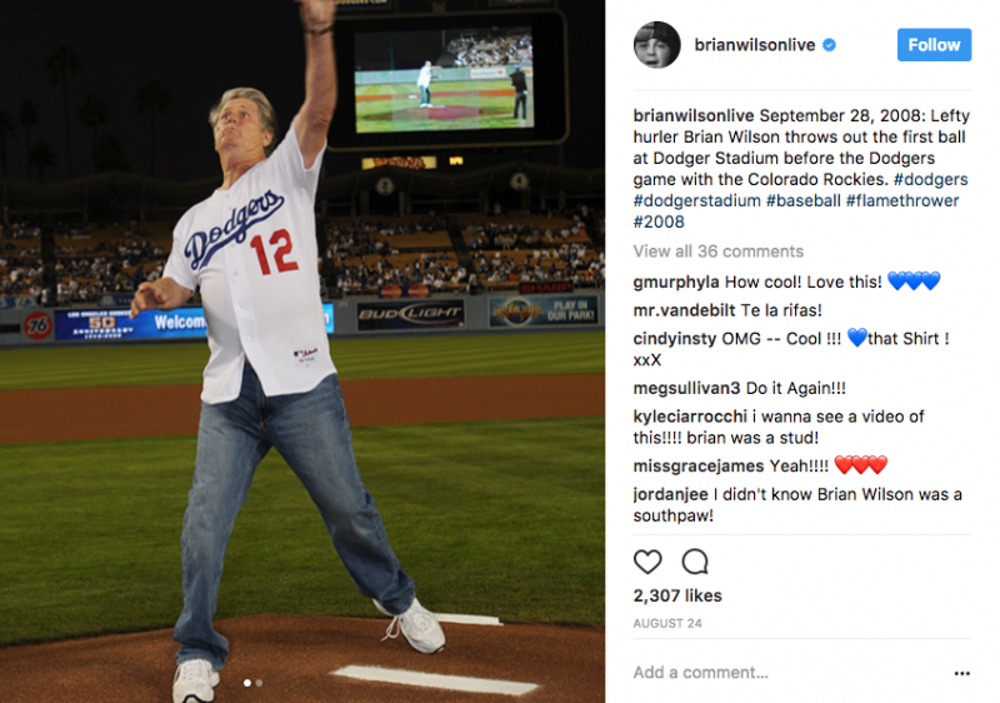 "To succeed in life, you have to put a little muscle into it -- mind muscle." 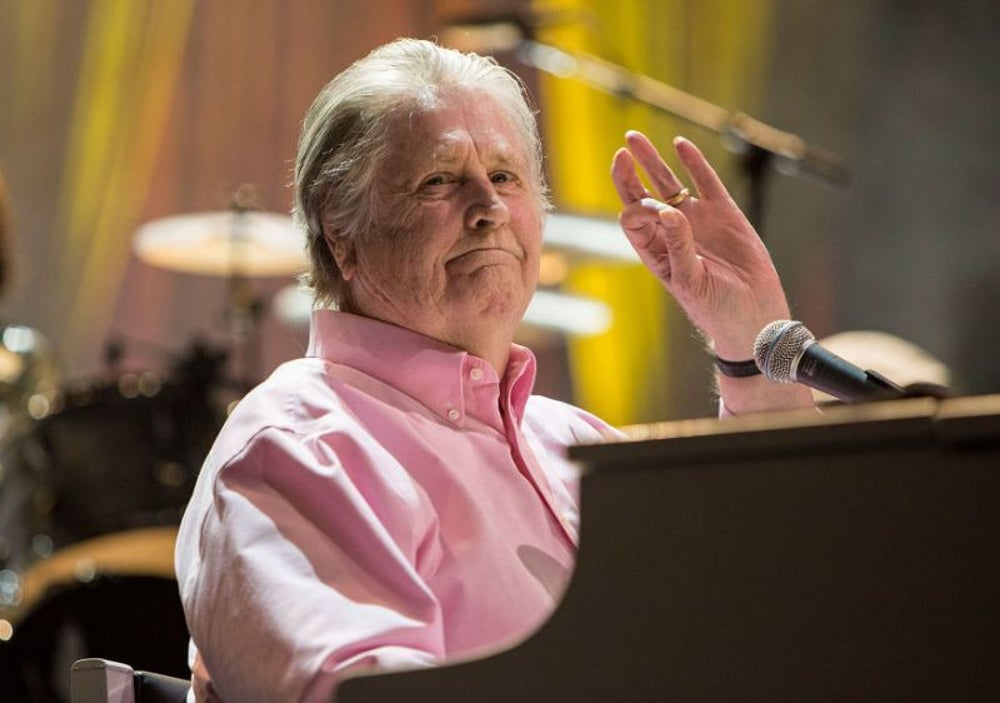 Brian Wilson at the San Diego Civic Theatre on May 24, 2017, in San Diego, Calif.
More from Entrepreneur