9 Things Not to Buy Before Black Friday

Never pay full price. Here are some products you don't want to buy before Black Friday.
Next Article


Year after year, the holidays arrive a little earlier, and 2017 is no exception. Black Friday, the day after Thanksgiving, was traditionally the day retailers met their costs, with each sale propelling them further into "the black," or profits. Today, Black Friday simply means great deals. "Doorbuster" offers are designed to entice shoppers into stores, where they can batter their fellow shoppers to seize the newest must-have gadget.

How do shoppers learn about these great deals? In years past, holiday advertising circulars were published in newspapers. Then enterprising young bloggers began putting them online. Now, retailers like Amazon, Walmart and Best Buy publish news of their own sales, weeks before Black Friday ever takes place.

But perhaps you don't buy into the hype. "How much can I really save?" you wonder. Truth is, you'll need to keep tabs on opening times and lightning rounds, but deals can be had. As a result, there are a number of gadgets you shouldn't buy before Black Friday. Check out the next nine slides to get the scoop. 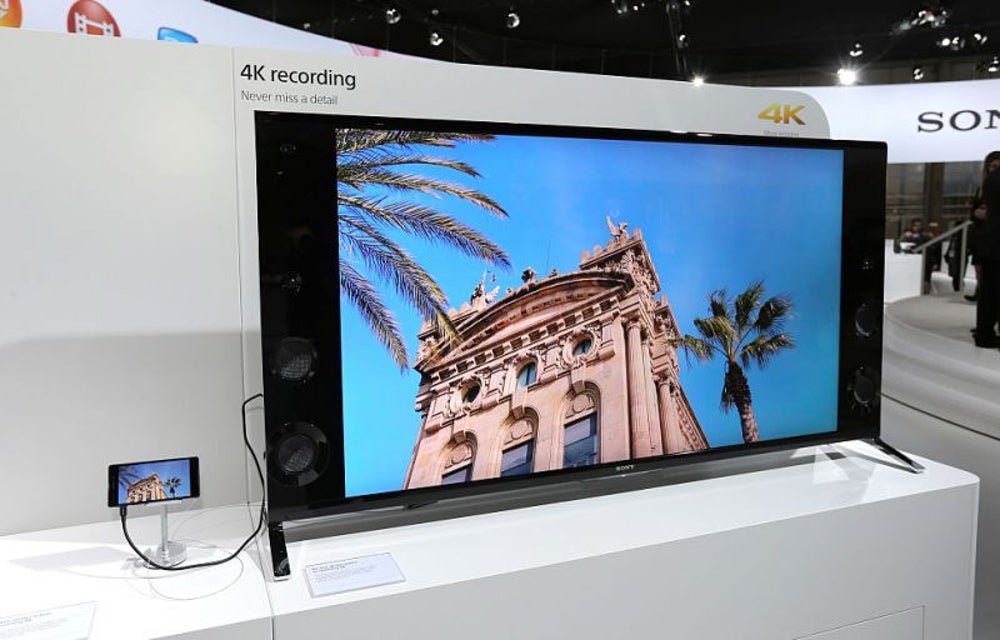 As footage from previous Black Friday sales might suggest, shoppers are eager for deals on massive TVs. Don't let the fact that you're only 5'2" stop you from throwing that discount 65-inch HDTV over your shoulder. You can easily save several hundred dollars at major big box retailers on sets like the Element 55-Inch Amazon Fire TV Edition. Also, 4K TVs are now increasingly more affordable, while streaming services like Netflix and Amazon have added more ultra HD content, so now is the time to buy. If you're not sure where to start, check out PCMag's roundup of the Best TVs.

Related: Black Friday 2017: Everything You Need to Know 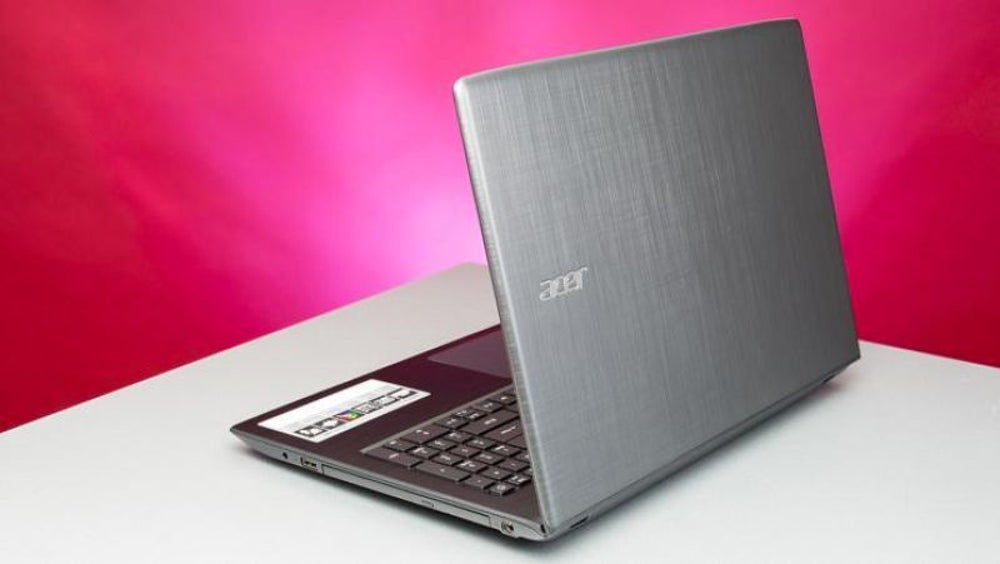 Everyone went tablet crazy for a little bit, but turns out consumers aren't quite ready to give up on laptops. The iPad Pro is lovely, but not necessarily conducive to typing out long reports or conducting business that requires a little screen real estate. But don't pay full price for a laptop just yet; Black Friday is just around the corner. Check out PCMag's roundup of The Best Laptops and Best Budget Laptops to see what type of machine you should look to nab. And don't forget about those Chromebooks. 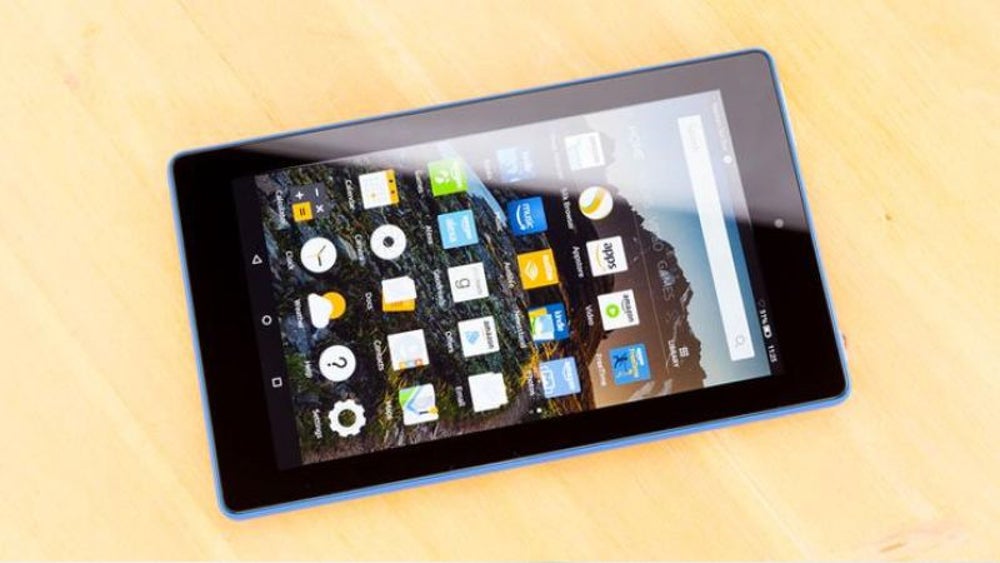 That said, in recent years, retailers like Target and Best Buy have offered gift cards (sometimes in excess of $100) with the purchase of an iPad on Black Friday. If you've been looking to upgrade your Apple tablet, or get a super-cheap Android slate, keep your eyes peeled this month. Amazon's already super-cheap Fire tablet, for example, will be just $30. 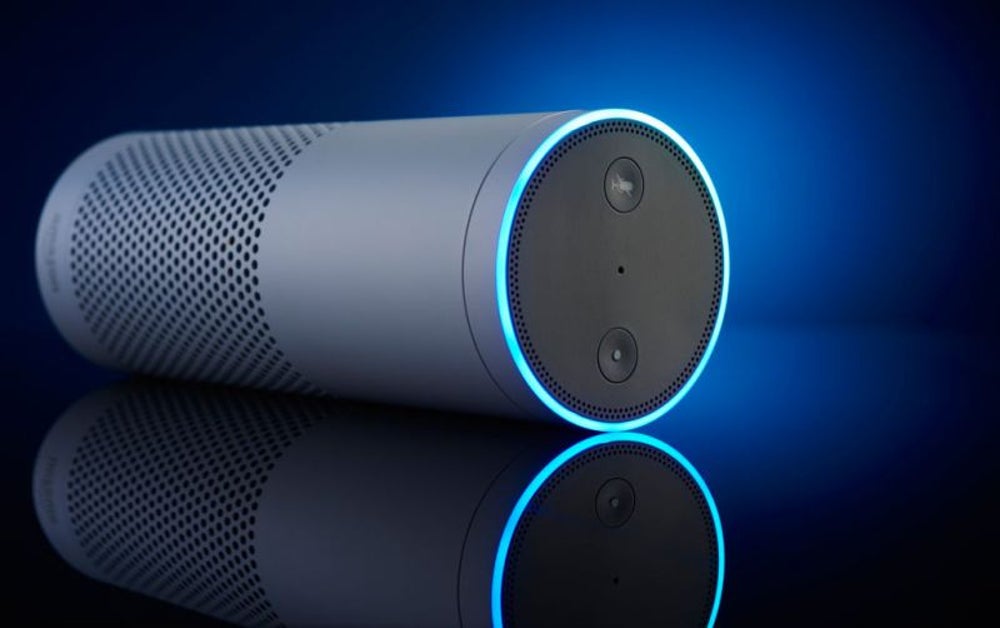 Image credit: T3 Magazine | Getty Images
Smart speakers have gone from niche gadgets to must-have devices. And this Black Friday, you can grab one of these voice-activated gizmos on the cheap. Amazon has already said its Amazon Echo Plus will be $30 off for Black Friday, but you can be sure that other Echos will be on sale, too. Rivals like Google Home will also get a discount; Walmart will be selling it for just $79. 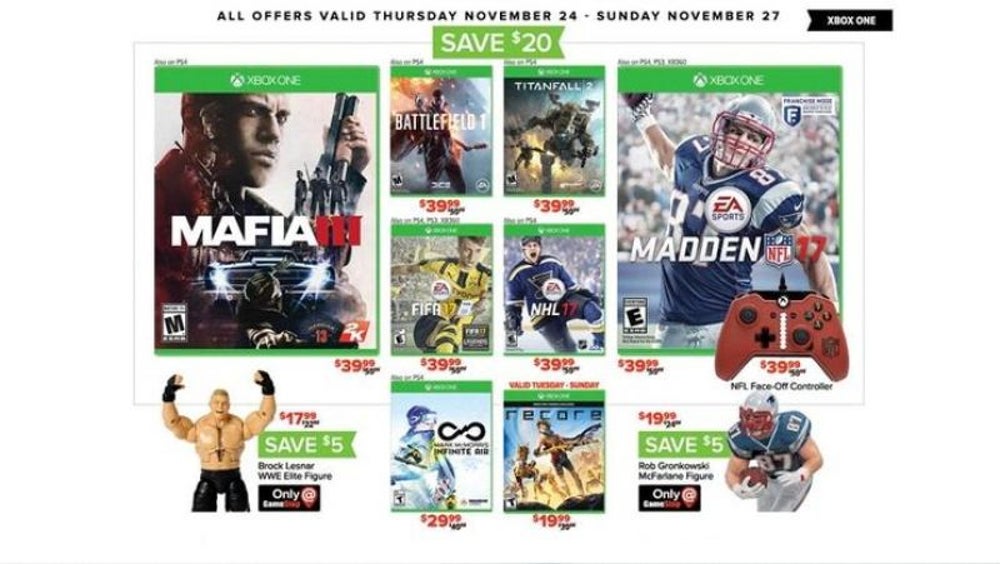 Whether you're on Team Xbox, PlayStation, or Wii, there is a game for you on Black Friday. Forget about spending $60. Retailers like GameStop, Target, Walmart, Best Buy and more typically have two-for-one deals or rock-bottom sales. With all the great games arriving in the coming weeks, make sure you don't blow your whole paycheck on new titles.

Related: 5 Things You Should Do Now to Prepare Your Business for Black Friday 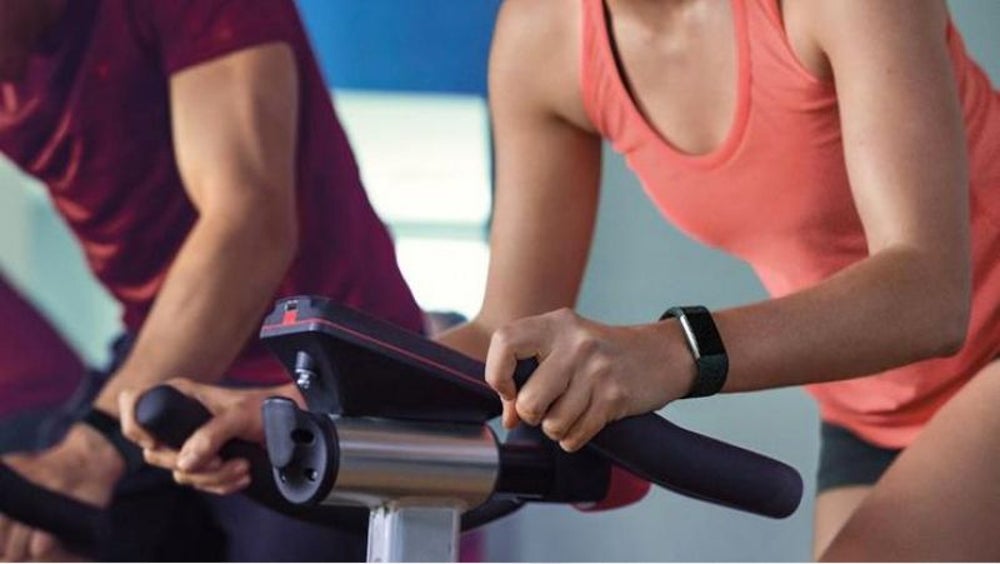 Around this time of year, a lot of us plan to live our best lives...next year. You know, after all that turkey and pie. A fitness tracker can help you get there, but it's probably a good idea to wait for Black Friday to pick one up. Best Buy, for example, is promising $50 off Fitbit and Garmin fitness trackers, to start. 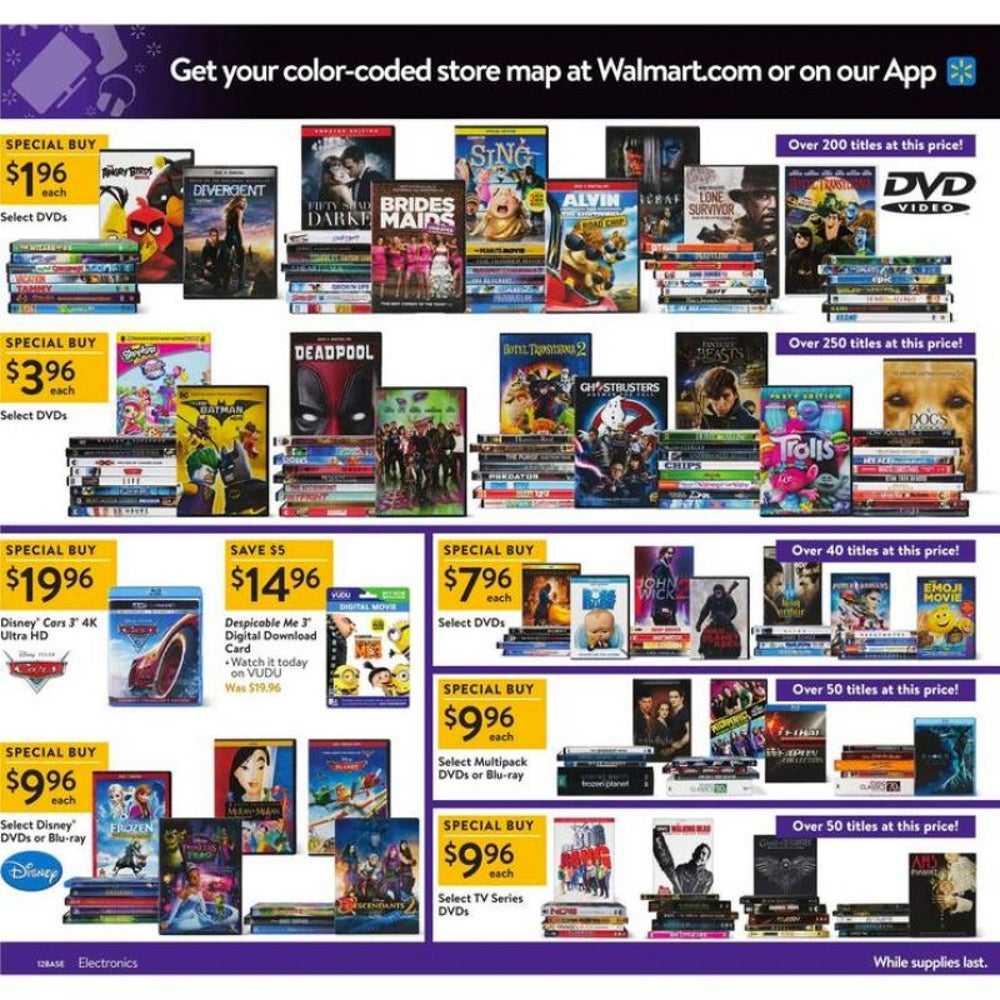 With more and more people subscribing to streaming services like Netflix, most of us don't have a huge DVD collection taking up space in the den anymore. But there are those who still like to own their piece of movie history, and Black Friday is a good time to stock up on cheap flicks. In recent years, for example, retailers like Walmart have had more than 200 movies on sale for just $1.96 with hundreds at less than $7. 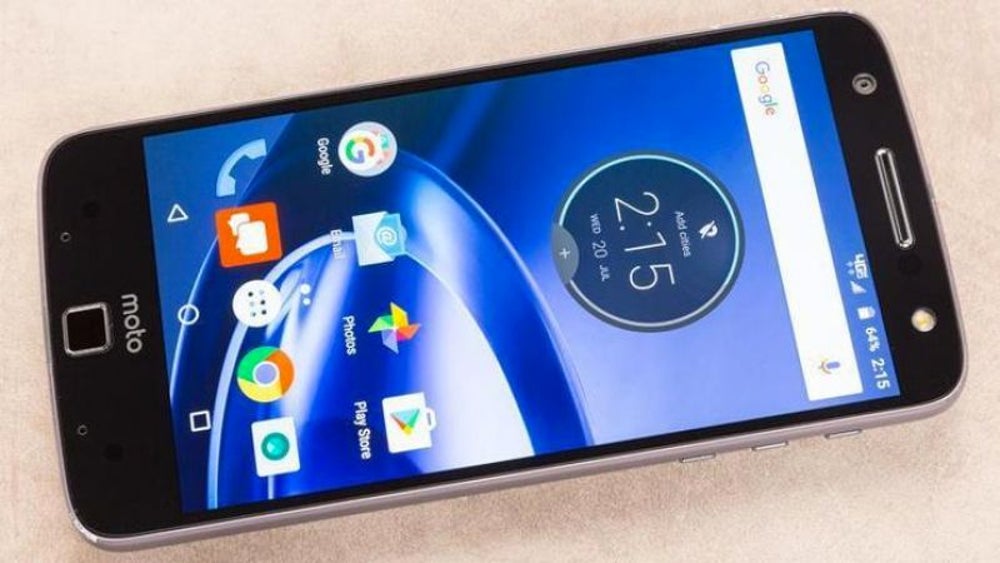 While Black Friday has typically offered deals on older smartphones, recent Black Fridays have featured steep discounts on newer devices, too. While you probably won't be getting that iPhone 8 or X for a steal, look for discounts on high-end phones from companies hoping to steal some market share from Apple, like Motorola and LG. 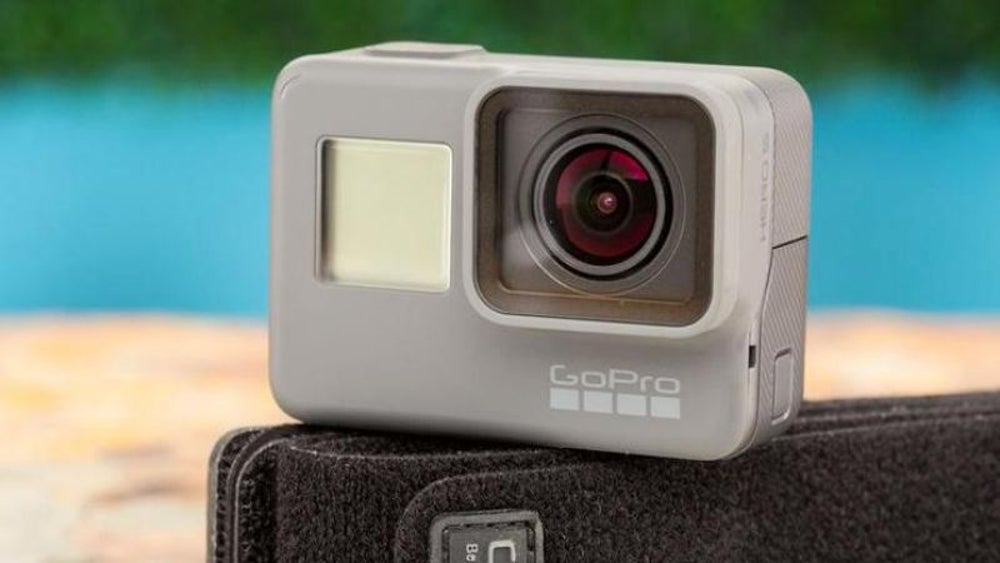 While it might seem like most people have ditched traditional cameras for their phones and Instagram filters, that's not everyone's cup of tea. And Black Friday always features discounts on high-end digital cameras, affordable point-and-shoot devices, and action cams like the GoPro. This year, you can probably snag a drone alongside your action cam, too.