10 of the Most Successful Black Entrepreneurs

From Oprah Winfrey to Daymond John, celebrate the accomplishments of some of the nation's most prominent black founders.
Next Article

Many of today’s most influential business founders are of African American heritage. In observance of Black History Month, Entrepreneur is celebrating the drive, accomplishments and contributions of all trailblazing, record-breaking black entrepreneurs.

They’re men and women who have built empires across industries, inspired millions and supported the next generation of black founders striving to make it big.

Click through the slideshow to reflect on the work and achievements of some of the nation’s most successful and celebrated African American entrepreneurs.

Related video: Daymond John Shares How to Grow Personally and Professionally Through Business 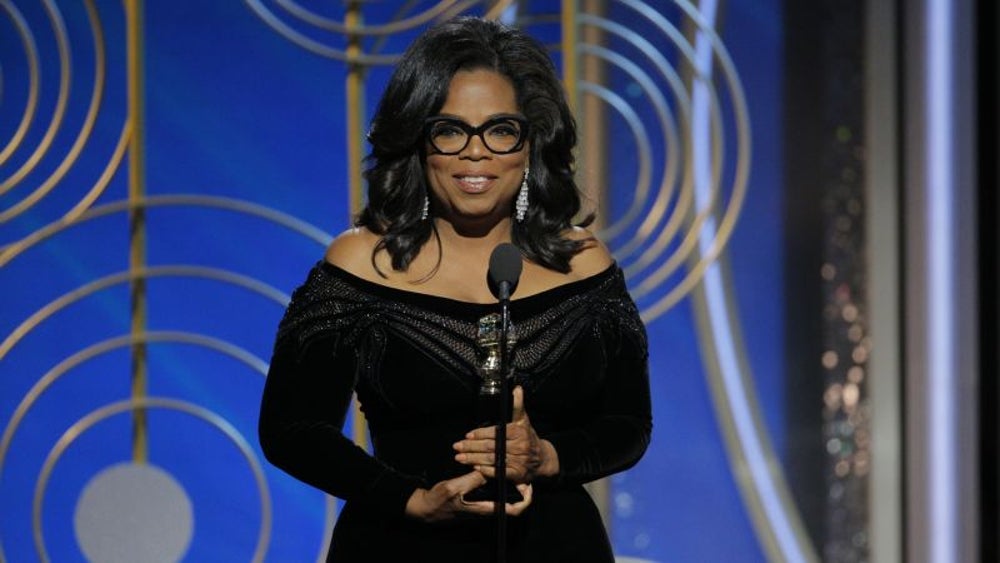 Winfrey was famously fired early in her career from a television news anchor job at Baltimore’s WJZ-TV. Her boss labeled her “unfit for television news.”

However, she persevered and proved this characterization wrong. She went on to host and produce her own talk show, The Oprah Winfrey Show, and become the chairman and CEO of Harpo, Inc. She later launched a magazine, O, and TV network, OWN.

Related: 10 Powerful Quotes From Oprah, 'The Queen of All Media'

Today, Winfrey splits time as a philanthropist, 60 Minutes contributor, actor (with a leading role in the upcoming film A Wrinkle in Time) and brand ambassador for Weight Watchers -- she owns a 10 percent stake in the weight loss company. 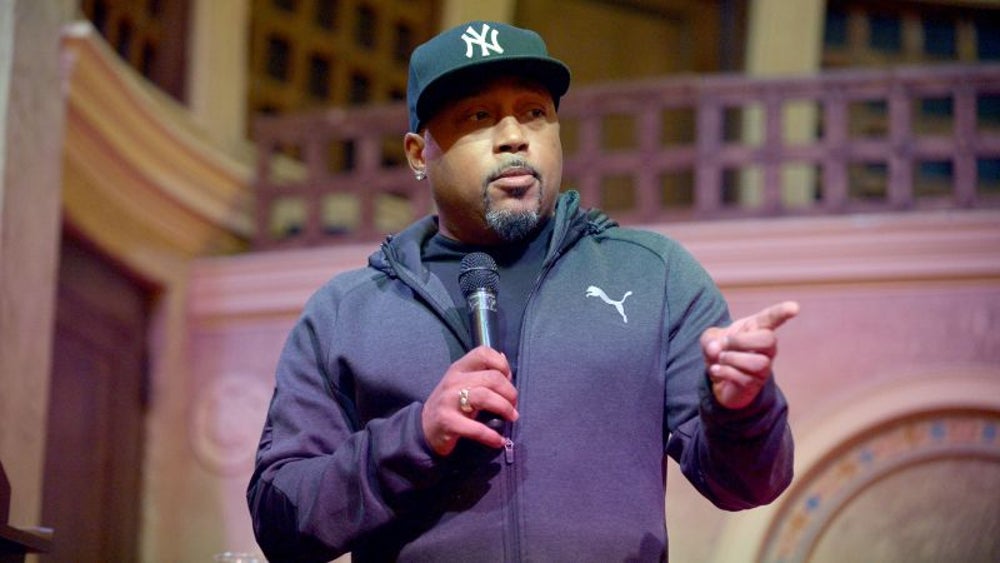 Multi-millionaire marketing mogul and ABC Shark Tank investor can also teach up-and-coming entrepreneurs something about perseverance. He launched his clothing line, Fubu, in 1989, and over the next few years, he had to close the business three times as he learned the ropes of entrepreneurship. He also worked at Red Lobster during Fubu’s first six years.

Fubu reportedly was not John’s initial venture. He sold customized pencils to peers in his first grade class. It was in his late teens that he came up with the idea to start an apparel company, and his mom taught him how to sew and eventually mortgaged her home a second time to support the venture.

In addition to being a prominent investor and the CEO of Fubu, John is also the founder and CEO of Blueprint + Co., a coworking space in Midtown Manhattan, as well as The Shark Group, a brand management consultancy.

Various sources estimate that John has a net worth of $250 million. 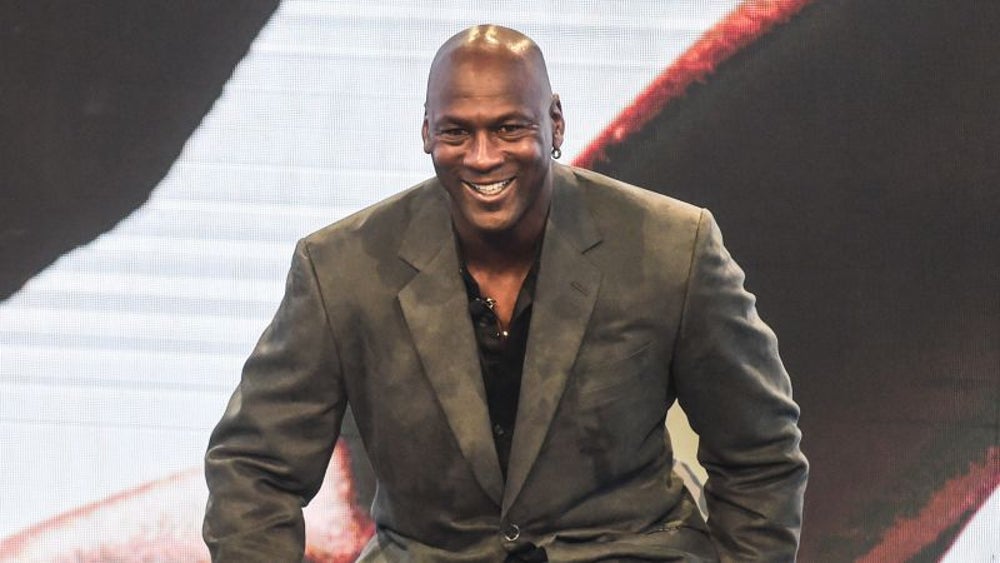 The legendary basketball player who formerly played for the Chicago Bulls is a brand in and of himself. As a teenager, coaches rejected Jordan from teams for being too short, despite his persistent interest in the sport. He went on to play 15 seasons in the NBA.

Today, Nike’s Air Jordan line, or Jordan brand, named after the star athlete, is a billion-dollar business known for its coveted sneakers. Jordan has also earned several brand partnership and endorsement deals throughout his career, serving as a spokesperson Coca-Cola, Chevrolet, Gatorade, McDonald’s and more. Additionally, he’s the majority owner of the Charlotte Hornets basketball team and a minority owner of the Miami Marlins baseball team. 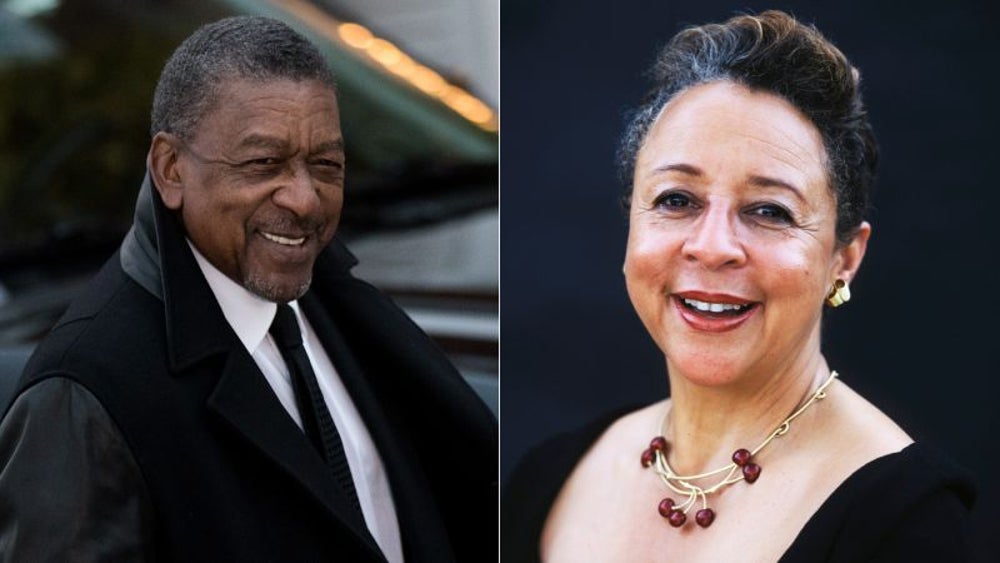 Johnson, the founder of Black Entertainment Television, or the BET network, shares the title of America’s first black billionaire with his ex-wife, Sheila. The former couple became billionaires when they sold BET to Viacom for $2.9 billion in 2001. Nine years earlier, BET went public and was the first African-American-owned company to be traded on the New York Stock Exchange.

Since then, Robert and Sheila have achieved various other entrepreneurial milestones. In 2003, Johnson became the first African-American to be the majority owner of a professional sports team, the Charlotte Bobcats NBA basketball team. Meanwhile, Sheila was the African-American woman to be a part owner of three professional sports teams -- the Mystics (WNBA), the Wizards (NBA) and the Capitals (NHL).

Related: 5 Things You Should Know About America's First African-American Billionaires

Robert has also founded an investment firm, a digital content distributor and an on-demand video streaming subscription service, and Sheila has launched and led a resort chain, a film festival and a venture capital firm. 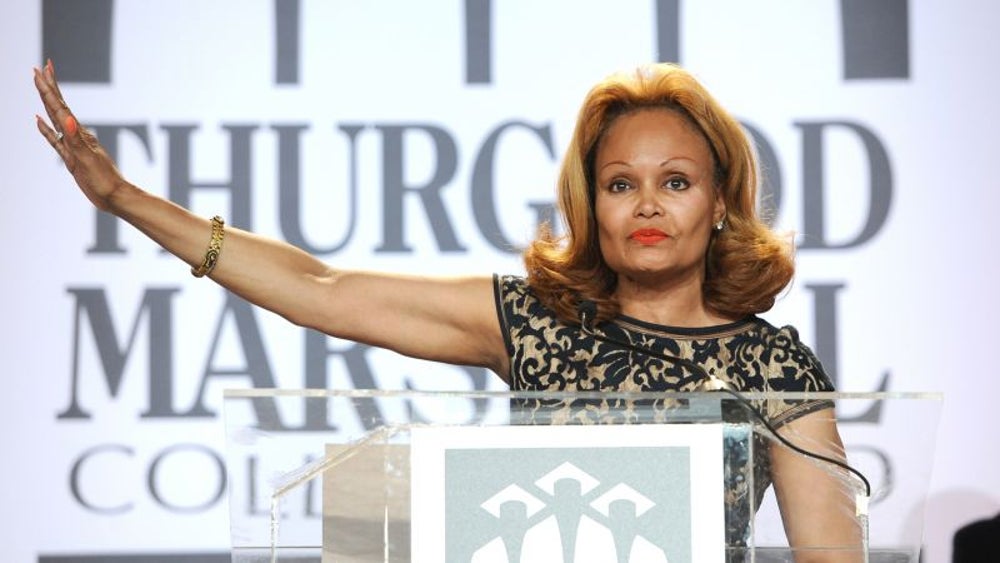 The founder and CEO Act 1 Group, an employment agency and consultancy, is the first African-American woman to operate a company that brings in upwards of $1 billion in annual revenue.

She moved to Los Angeles from her hometown of Tarboro, N.C., in 1976 with just $900 to her name, according to The Los Angeles Times. Two years later, she founded Act 1 despite not even owning a fax machine -- just a phone. She grew the company through word of mouth, and by adding new types of services based on client needs.

In an interview with CNBC, Howroyd said, “being the first African American woman to achieve anything in 2016 is not an accomplishment. … While I accept that applause with all the gratitude I can muster, the best thing I can be applauded for is simply being a woman building a great business.” 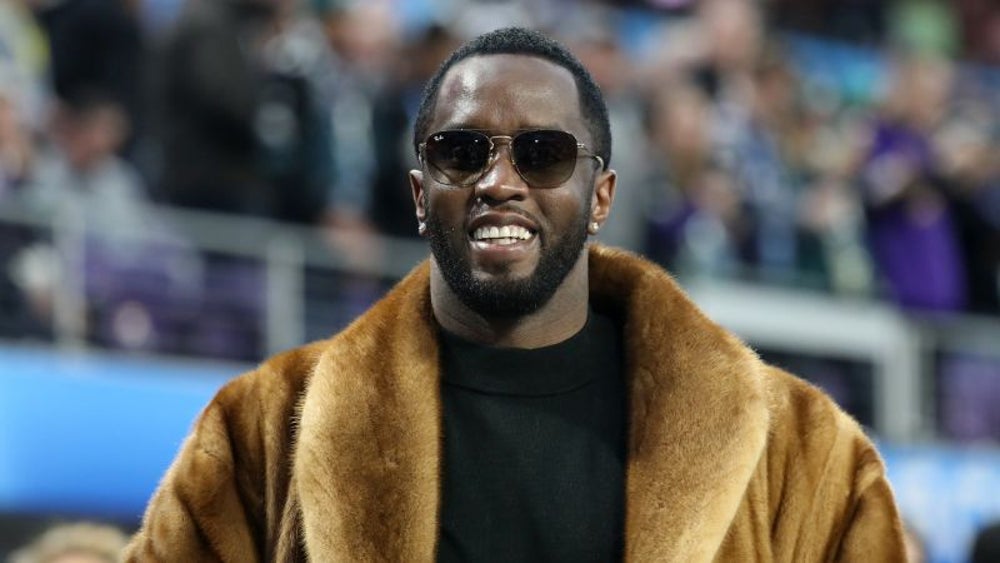 Diddy (also known as Puff Daddy or P. Diddy) is known for his Grammy-award-winning album No Way Out, but entrepreneurship preceded his recording fame.

After working his way up to an executive role at Uptown Records, he later launched his own record label, Bad Boy Entertainment, in 1993, and signed major acts such as Notorious B.I.G.

Combs founded apparel line Sean John in 1998, and in 2004, it won the Council of Fashion Designers of America award for Menswear Designer of the Year. In 2014, he launched Revolt, a cable music network. He’s also owned restaurants and appeared in films throughout his career, and he owns half of Ciroc vodka, for which DJ Khaled is a brand partner and spokesman.

Forbes labeled Diddy the richest person in hip-hop in 2017, with an estimated net worth of $820 million. 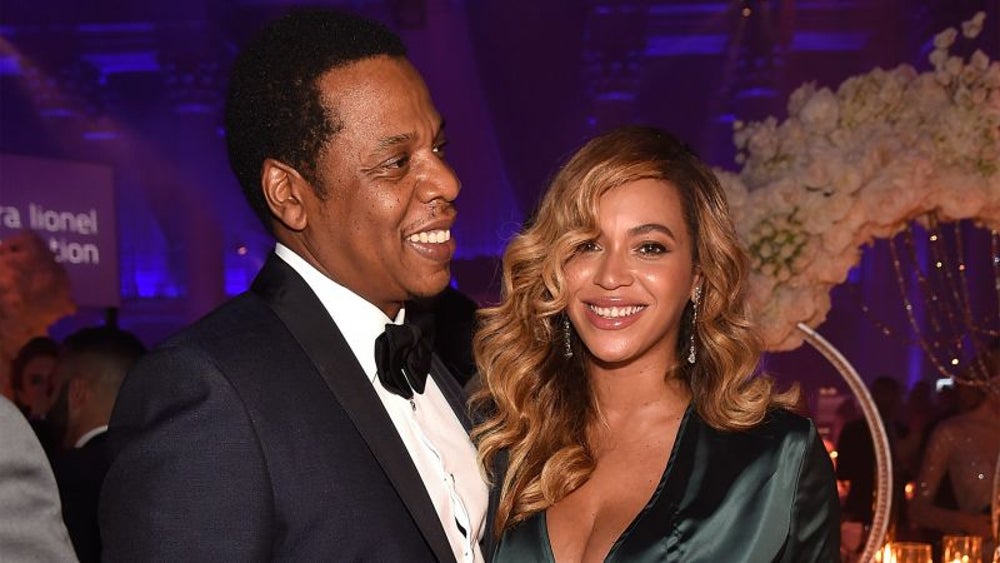 Rapper Jay-Z (Shawn Carter) has founded and run a number of companies, his first being (the now defunct) Roc-A-Fella Records in 1995. He also co-created the urban apparel line Rocawear, the 40/40 club chain of restaurants and later, after serving as the head of Def Jam Records, the Roc Nation label. He’s also the founder of Tidal, a music streaming service, which he co-owns with his wife, Beyoncé Knowles-Carter.

"I'm not a businessman / I'm a business, man," Jay-Z raps on Kanye West’s “Diamonds of Sierra Leone (Remix).” Just behind Diddy, Jay-Z has a net worth of approximately $810 million, according to Forbes.

Beyoncé, in addition to being a multi-platinum recording artist, performer and Tidal co-owner, has had a range of lucrative product endorsements throughout her career. In 2005, she founded a fashion line, House of Deréon, with her mother, Tina Knowles, and in 2014, she launched athleisure line Ivy Park. In 2016, she invested in a watermelon-water company, WTRMLN WTR, and in 2017, Forbes estimated her net worth at $290 million. 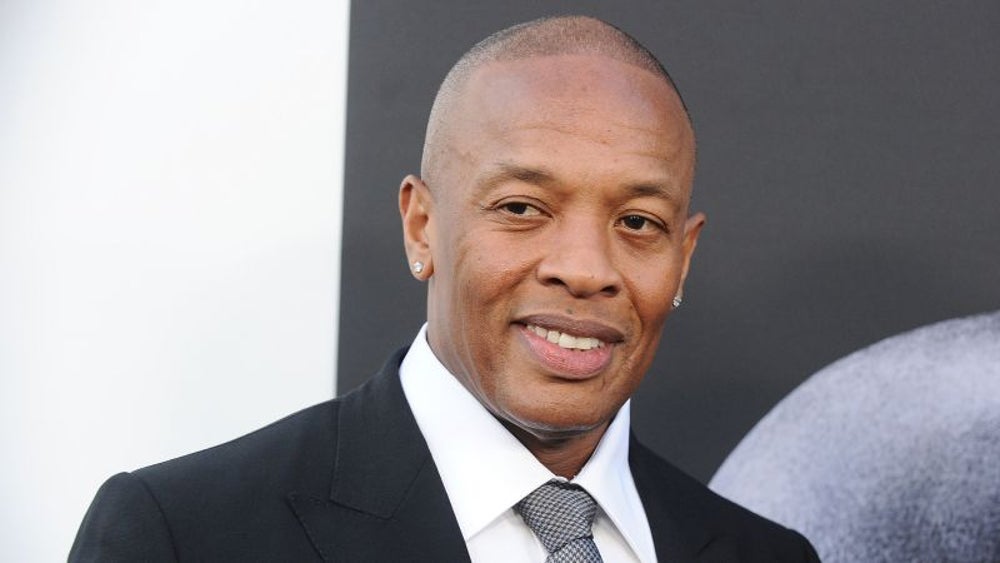 Andre Young, a.k.a. Dr. Dre, partnered with Jimmy Iovine in 2008 to release Beats by Dre headphones. The brand scored collaborations and endorsement deals with various artists, athletes and designers, expanded its product line to include earbuds, speakers and a music streaming service and was acquired by Apple for $3 billion in 2014. It’s now known as Beats Electronics, and Beats Music morphed into Apple Music. At the time of the Apple deal, Dre reportedly surpassed Diddy to become the richest person in hip-hop. 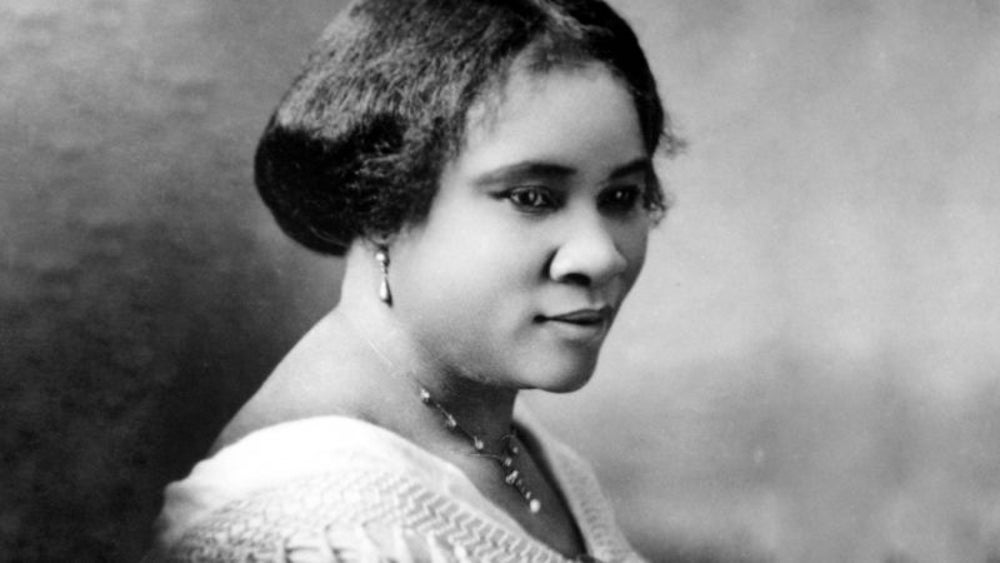 Born Sarah Breedlove, Madam C.J. Walker (1867–1919) became one of the first American women to become a millionaire when she formed a business around a product she made for African-American hair care. The invention was based on a personal need: Walker suffered from hair loss due to a scalp condition.

With her husband, she traveled around the country promoting her products through a series of lectures and demos of what they called the “Walker Method” of hair care. (The couple later divorced.)

As the business grew, she expanded into cosmetics and cosmetology with the establishment of Madam C.J. Walker Laboratories. The beauticians trained there, called "Walker Agents," became well known throughout the black communities of the United States.

Toward the end of her life, Walker also traveled around the Caribbean and Latin America promoting her business and donated part of her wealth to charitable initiatives. 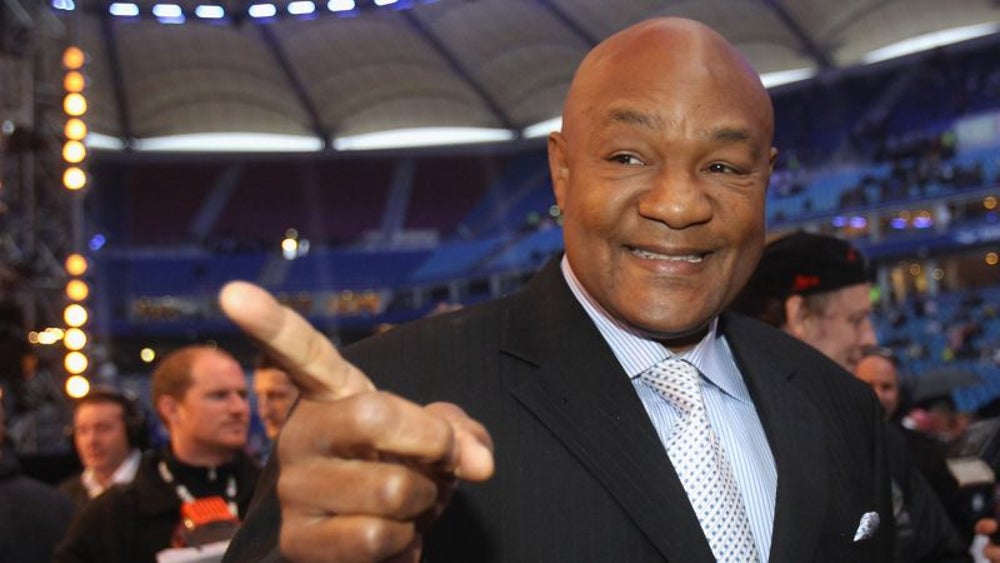 Former professional boxer George Foreman earned the title of oldest heavyweight champion of the world in 1994 at age 45.

He went on to help train his son, George “Monk” Foreman III, as a boxer, and when Monk established a gym brand, Everybody Fights, Foreman Sr. invested. Later, he and his son co-founded a boxing promotion company, Foreman Boys. In March 2016, Foreman founded George Foreman’s Butcher Shop.

Then, of course, there’s the George Foreman grill. Foreman has said the idea came from a hallucination he had after Muhammad Ali knocked him out during a match.

While I was KOd, I saw a giant piece of meat screaming Grill me; when I woke I said “gotta find a Grill”. Thus the George Foreman grill https://t.co/dfm5TuMO0i

The manufacturer of the Foreman Grill, Salton, Inc., paid Foreman $137.5 million in 1999 for the rights to Foreman’s name and image. Today, estimates put his net worth at $300 million.

Don't Phone It In for Black History Month: 5 Ways to Show You'll Be Dialed In All Year