To celebrate the late musician's birthday, here are 10 inspiring quotes from 'the man in black.'
Next Article

Since he was a child, singer-songwriter Johnny Cash always knew his destiny was to be a musician. Growing up singing and playing the guitar, it wasn’t long before Cash became a household name. After returning from the war in 1954, Cash started a family with his first wife, Vivian Liberto. He began playing at local venues and his band The Tennessee Three was eventually signed by Sun Studios. Also during this time, Cash’s famous relationship with June Carter began after they met backstage at a concert in which they were both performing. The two became a hit musical duo in the 1960s and eventually married in 1968.

Like anyone, Cash always had his vices. Yet, despite run-ins with the law and trouble with alcohol and drugs, Cash continued his musical legacy, becoming recognized for his prison performances, where he was even inspired to record “Folsom Prison Blues.” Throughout his career, Cash won a number of awards, including 20 Grammys, a National Medal of Arts and being inducted into the Rock and Roll Hall of Fame and Country Music Hall of Fame, and is recognized today as one of the best-selling musicians.

Related: 12 Upbeat Ellen DeGeneres Quotes to Put You in a Good Mood

And while Cash’s career was full of ups and downs, he always managed to pursue his passion for music, and there’s much to learn from his successes -- and failures.

Here are 10 quotes from the musical legend on success, failure, growth and more. 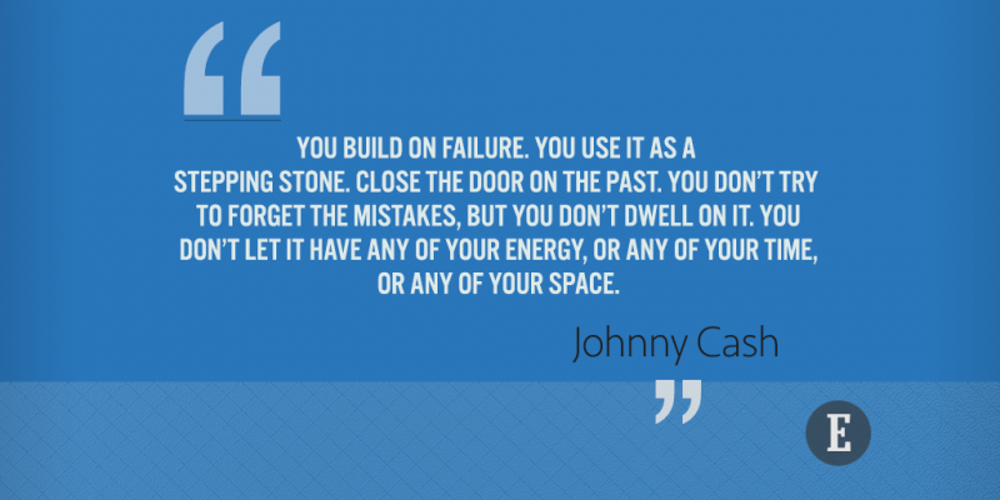 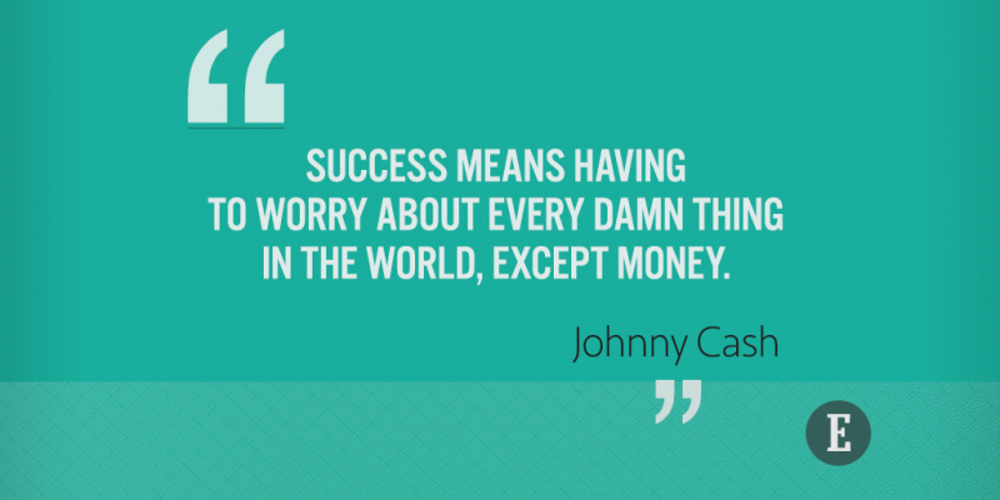 Image credit: Entrepreneur
“Success means having to worry about every damn thing in the world, except money.” -- Johnny Cash 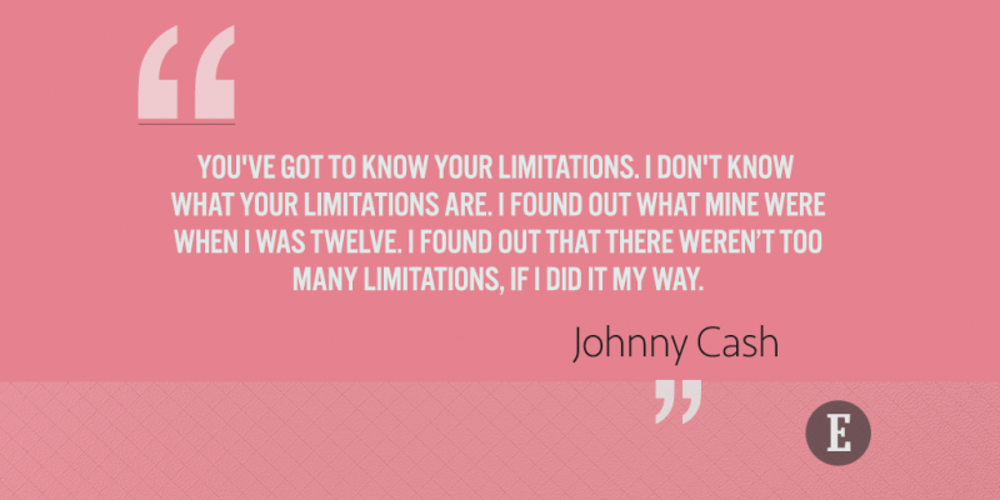 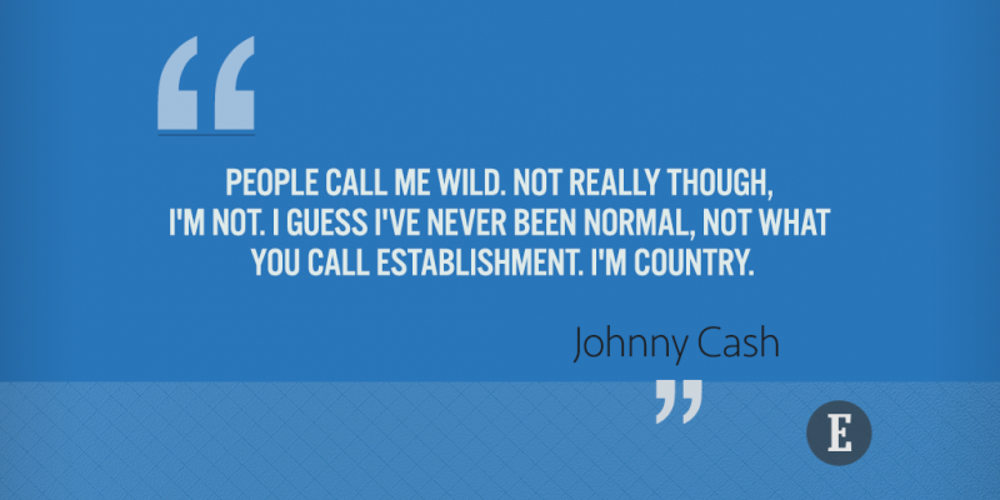 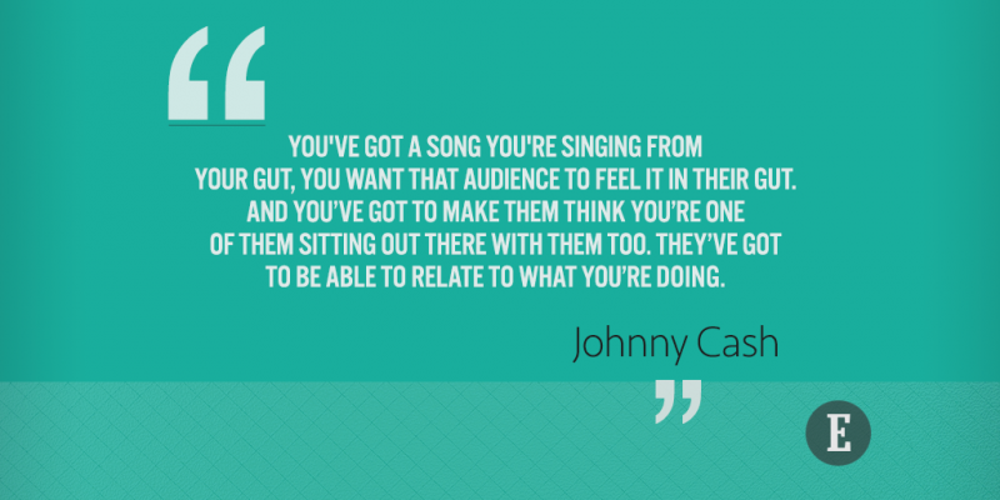 Image credit: Entrepreneur
“You've got a song you're singing from your gut, you want that audience to feel it in their gut. And you’ve got to make them think you’re one of them sitting out there with them too. They’ve got to be able to relate to what you’re doing.” -- Johnny Cash 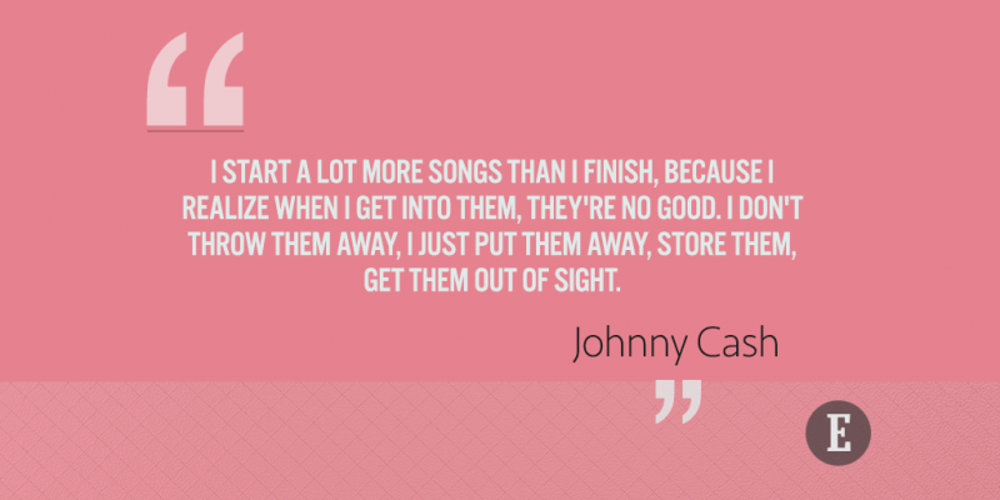 Image credit: Entrepreneur
“I start a lot more songs than I finish, because I realize when I get into them, they're no good. I don't throw them away, I just put them away, store them, get them out of sight.” -- Johnny Cash 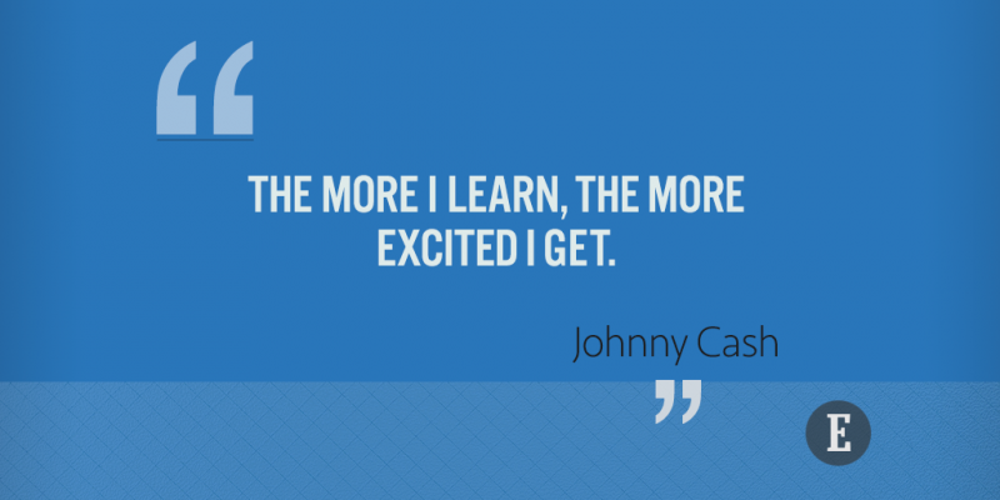 “The more I learn, the more excited I get.” -- Johnny Cash

Related: 20 Leadership Quotes From the World's Most Influential Leaders 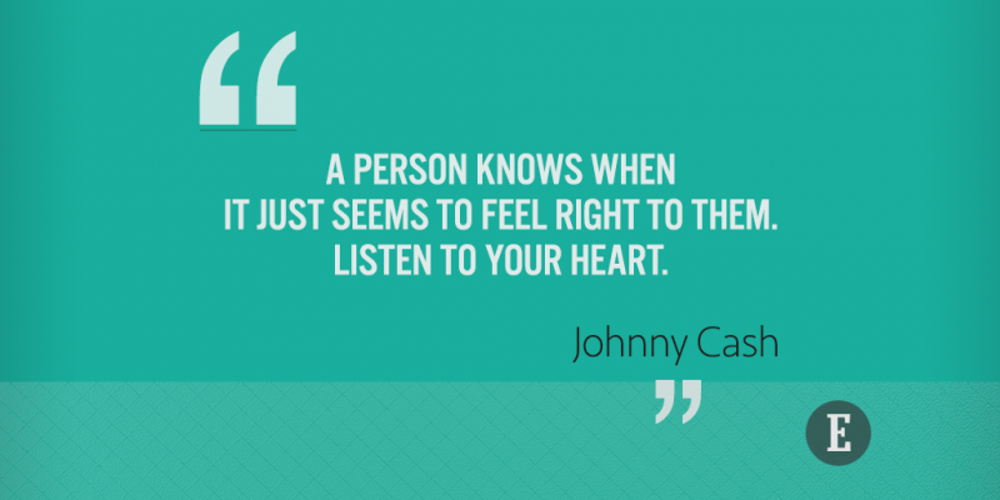 Image credit: Entrepreneur
“A person knows when it just seems to feel right to them. Listen to your heart.” -- Johnny Cash 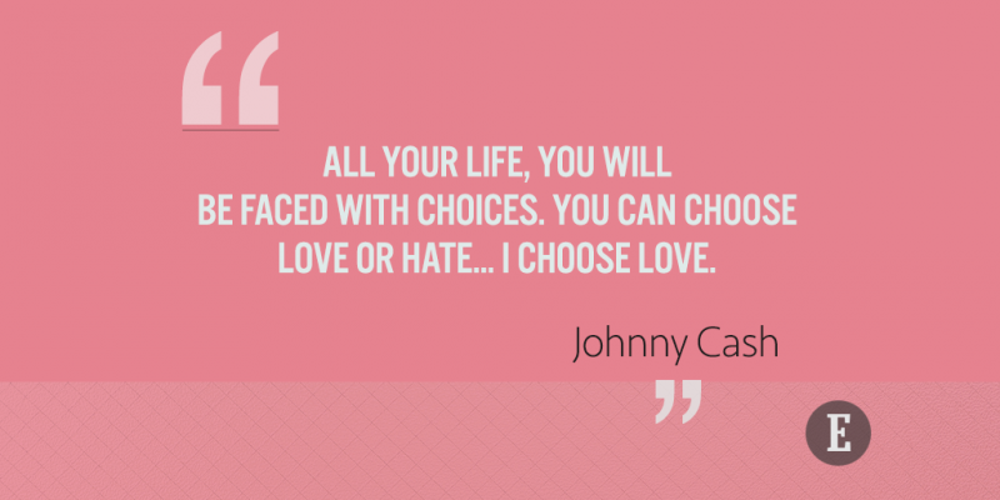 Image credit: Entrepreneur
"All your life, you will be faced with choices. You can choose love or hate... I choose love." -- Johnny Cash 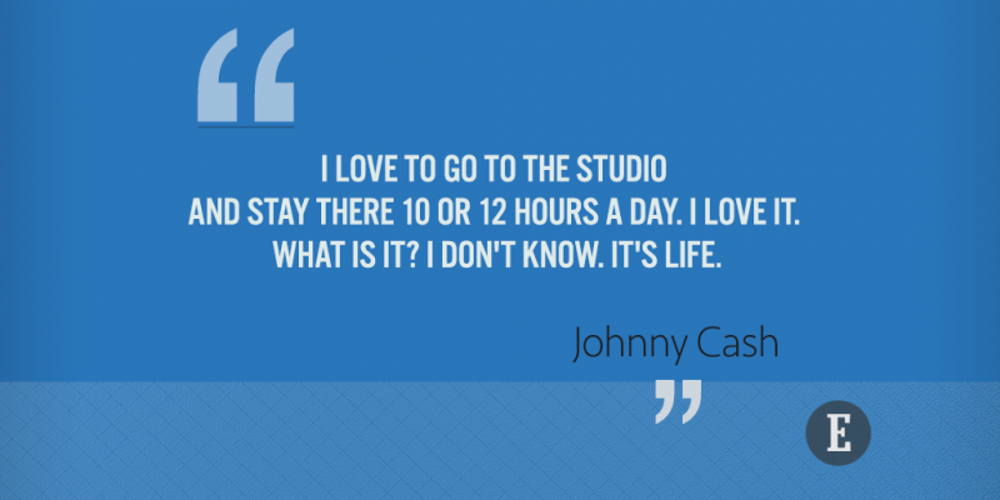 Image credit: Entrepreneur
“I love to go to the studio and stay there 10 or 12 hours a day. I love it. What is it? I don't know. It's life.” Johnny Cash
More from Entrepreneur